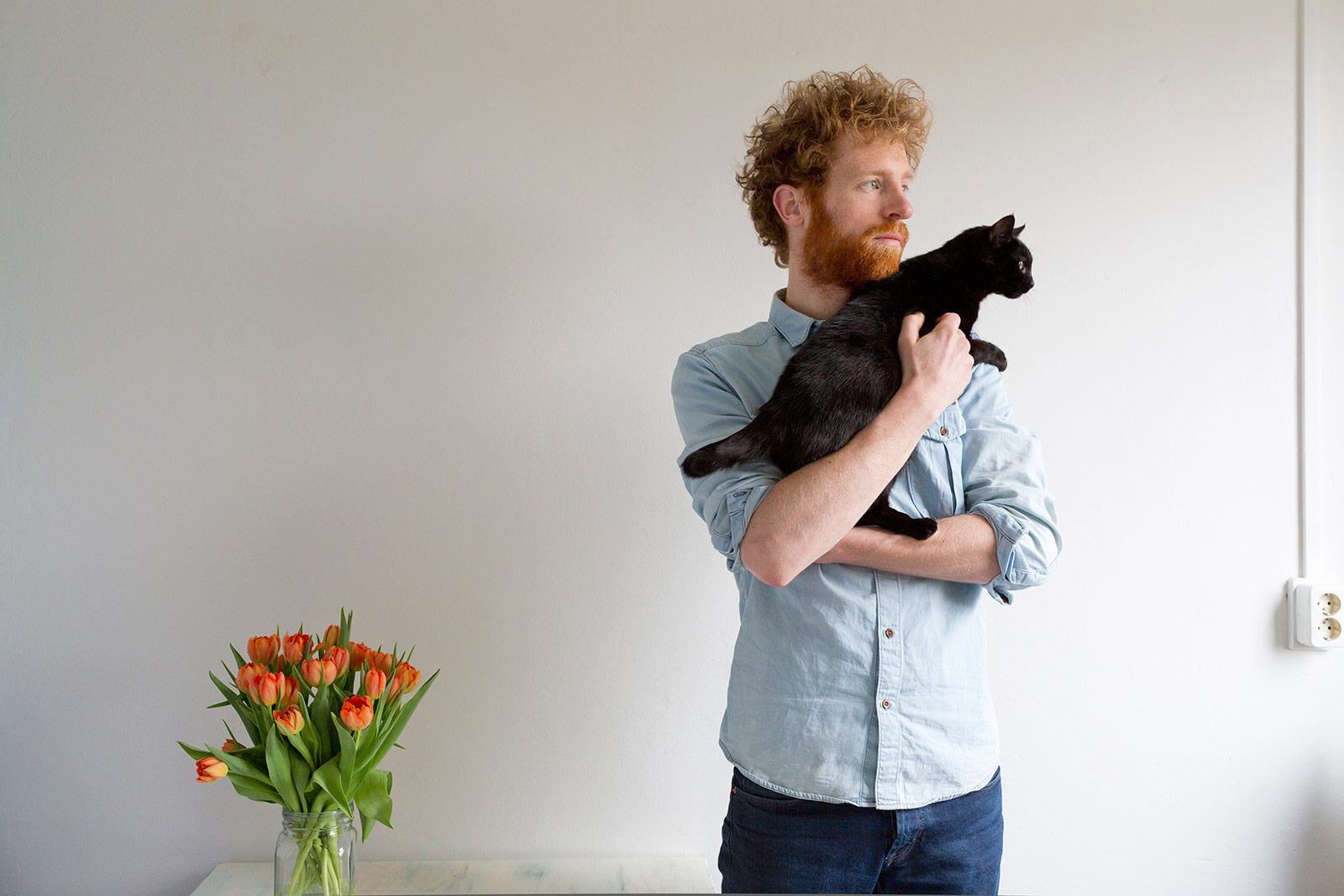 Jordi Huisman first approached photography on a holiday in Spain, out of boredom. He kept cultivating it as a pastime while studying Engineering and with time the hobby grew into a real career possibility that led him to attend The Royal Academy of Art (KABK) in The Hague. Working as a freelance since 2005, the artist combines editorial and commercial work with documentary photography, focusing on the urban environment we live in and on the disparate ways we occupy, shape and modify it – not only in his native Netherlands but anywhere in the world, approaching it as a global and unifying phenomenon.

His most recent project, Rear Window, is a collection of views and sights captured from the rear windows of residential buildings in different capital cities such as Paris, Amsterdam and Singapore, revealing with a voyeuristic eye the architectural chaos going on behind the neat and orderly facade of the buildings.The ongoing series documents rarely seen urban scenarios in their spontaneity and disarrangement, and naturally highlights cultural differences between the cities. We caught up with Jordi to talk about his fascination with urban spaces and that time people mistook him for a sniper in Rome and almost got him arrested.

Your work mainly focuses on landscapes, architecture and cityscapes. Why do you find these subjects particularly interesting?

I find it interesting to see how such a big part of our daily environment is shaped and made up by people. It’s all manipulated to be as useful as possible. Especially in a small, densely populated country like the Netherlands. We don’t have much spare space here, even the parts that are marked as nature are cultivated. I think that’s why I like to photograph those subjects, but it’s not that I had that interest before I started photographing it. Photographing the opposite –uncultivated nature– doesn’t interest me.

In terms of visual inspiration, what do you look at?

Mainly other work of other photographers. I find a lot online, some in museums, galleries and such. I also really enjoy going through a photography book. 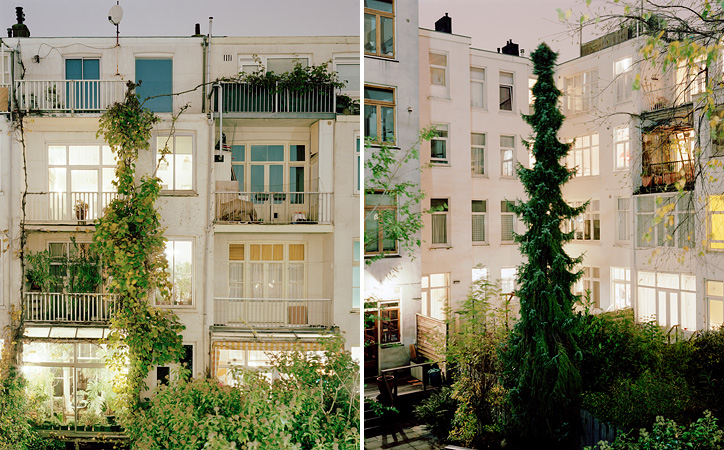 You have said that photography “is a way of dealing with time. Or to get a grip on reality.” Could you explain this concept? Does photography actually help you to better understand reality?

In a way it does. Whenever I capture a scene somewhere and I later look at the picture, it helps me to reflect on the place. Photography offers a more concentrated impression of the world around us, perhaps because there’s only two dimensions instead of three. When I say that photography helps me dealing with time I mean that it’s a very efficient tool to store memories and to categorize it in years, months, days. Somehow, I have the illusion that by looking at pictures I can re-live those moments. If I wasn’t able to take pictures I would be really frightened by how fast time flies.

When did you first come across the idea of making “Rear Window”? What is the main inspiration behind it?

About ten years ago when I was in art school. Before that, I had lived all my life in a relatively new suburb, where all the houses were built at once and the view from the streets and houses was very uniform. When I moved to The Hague for art school, my bedroom window offered a chaotic view on the houses across the courtyard. Those houses weren’t built at the same time, but glued together over time. I took a picture of it and the idea sort of stayed in the back of my mind. Five years later I lived in Amsterdam and I noticed the same phenomenon, and I started to photograph the rear view of friends and acquaintances.

Do you use any criteria to choose the cities you feature?

Yes, I do. To limit my search for good views I decided that I would just visit capitals. Most of the time the most interesting areas are the oldest parts of the city, since that’s where the kind of chaotic, glued-together architecture can be found. I’m not interested in areas with large flats, such as Hong Kong for example. Those areas aren’t built fragment by fragment, so there’s not much architectural chaos going on. I was kind of surprised to find “Rear Window” worthy scenes in Singapore, since my idea of Singapore was that it was all new and neat. I was there on an assignment and luckily brought my medium format camera. I didn’t investigate the opportunity beforehand, but the Chinatown area gave me some nice possibilities.

Up until now you have visited six cities: Amsterdam, Brussels, Paris, Rome, Singapore and Copenhagen. What have you learnt about these cities through the project? Do you look at them with a different eye as a result?

What I learnt is that all of those cities have the kind of spontaneous chaotic architecture that I’m trying to capture, all with their own specific character. It’s an international phenomenon. I find it nice to see the series growing like this. I don’t look at those cities differently now, but I do look differently at cities that I’m going to visit, even if not specifically for the series. When I did the series in Rome a couple of years ago, I almost got arrested by heavily-armed Carabinieri, who thought I was a sniper posting on a roof for an hour. So my opinion of Rome is a bit influenced by that. 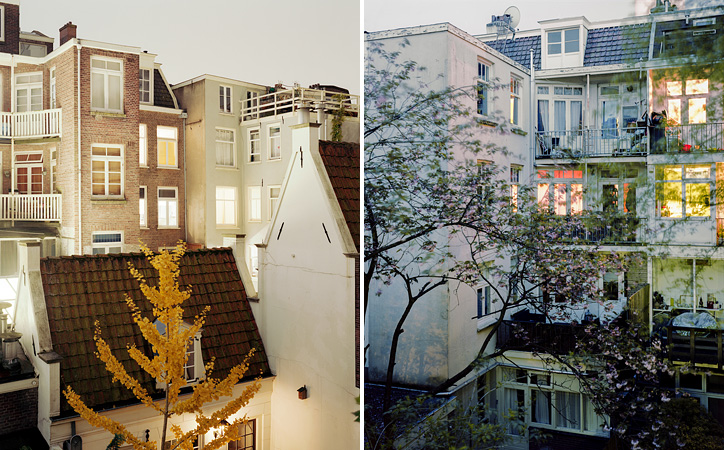 I was there in 2012 working on the series. During the day I’d walk around the city looking for spots that were accessible and suitable to photograph during the night. It’s a necessity to be able to take the pictures from higher than the ground level. On the back of my hotel there was a nice courtyard with a one story building in the middle. I found a small wall in the back where I could get up on the roof, and so I returned at about 10pm with all my gear. I brought my passport, just in case. After I spent an hour on the roof, taking three pictures, I climbed down again. All of a sudden someone came after me, and three people came towards me from the alley where I was headed. It turned out they were Carabinieri wearing bulletproof vests and heavily armed with loaded machine guns. They started shouting in Italian, and I replied in English saying that I didn’t speak Italian. It turned out they’d received some calls from the people in the apartments I photographed, who thought I was a sniper posting on the roof. My tripod and 4x5” camera must look very threatening in the dark! Luckily I had already sort of thought about such a scenario, so I could explain to them relatively calmly what I was doing. I showed them my camera and the pictures from Amsterdam and Paris on my phone. Despite the fact that they were very hyped with adrenaline, they just let me go after checking with the hotel manager if I was actually a guest there. The pictures I took on that roof weren’t usable, but I got a good story out of it.

Is researching the city and its history a big part of the project? How much time do you usually spend in each one?

It depends. I was in Brussels for only one night, but I spent hours on Google Maps looking for places that were accessible from the street to photograph. I used a foldable ladder to climb on roofs and over walls and such. Recently I went to Copenhagen for the project, I stayed there for three nights. I also spent a lot of time on Google Maps looking for places, but it turned out that I could find more spots just by walking around and trying to open doors to staircases. When I was in Paris a couple of years ago, none of that kind of staircases were accessible. So it really depends on the city.

What would you like people to take from this particular series?

I hope they can see the point I’m trying to make about the kind of uncontrolled growth of architecture. It says something about how we all are living so close to each other. I also hope people can see the social aspect of the series. It would be great if people could look at their own rear view differently after seeing my pictures.

In 2014 you published a small collection of images from “Rear Window” with the Velvet Cell. Are you planning on making a bigger publication?

As a matter of fact, I do. I’m planning to do a lot more cities in Europe, and also on different continents. It’s a long-term project though; it takes quite some time to research, travel, actually take the pictures and then edit them. All that traveling isn’t cheap either. But yes, a bigger book is the goal here, although I’m focusing on shooting the content first.

Do you have any new projects lined up for 2016?

I’ve got London and Berlin lined up next for Rear Window. And possibly Stockholm or Oslo, but that is not sure yet. Maybe I will do a project in Los Angeles about oil, but that is still in the very preliminary research stage. Other than that, I’m very busy with commercial and editorial stuff. Last but certainly not least I became a father this year to a lovely little girl, so I’m trying to spend as much time with her as possible. 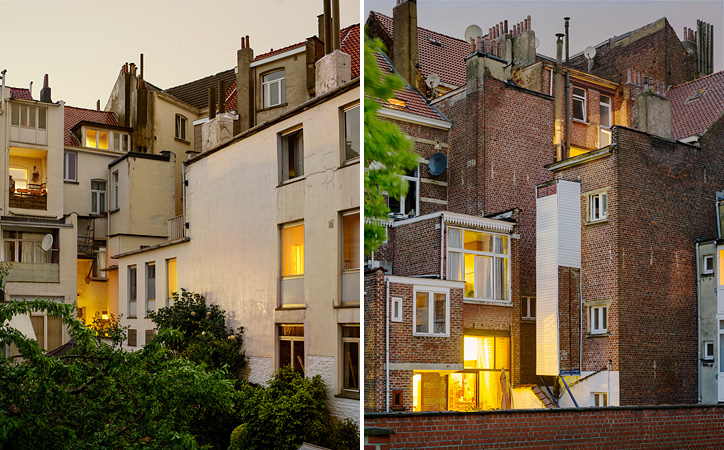 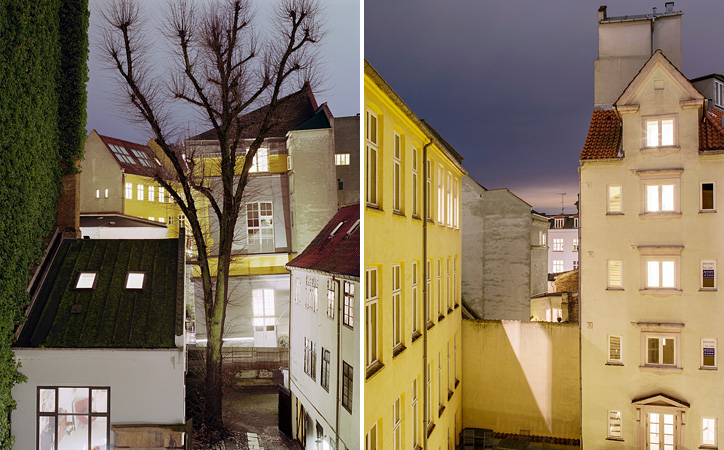 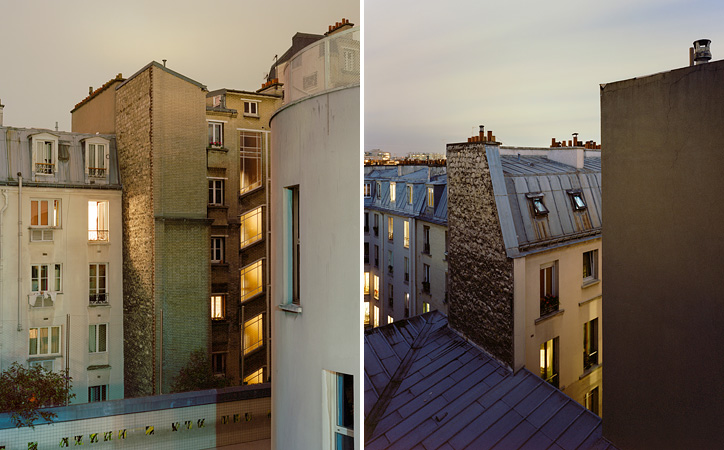 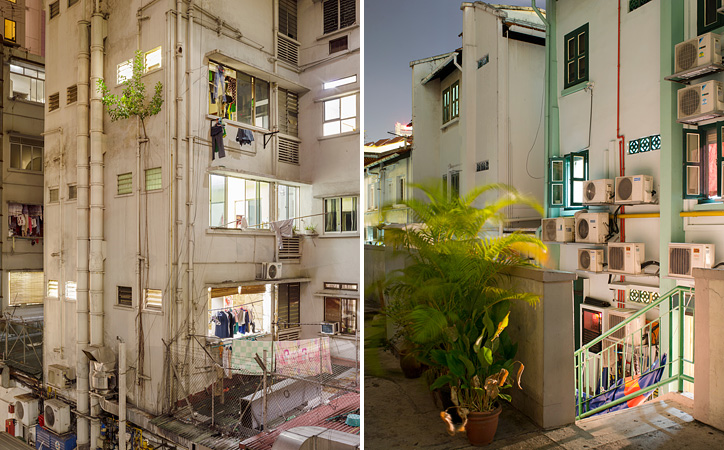