The time is ripe

Following on from last month’s Sandro Botticelli-inspired video for Nonbinary, Alejandra Ghersi is again providing the serves to make sure Arca fans are eating throughout quarantine. Filmed on the final day of the Venezuelan’s four-day performance series at The Shed, New York (titled Mutant:Faith) in September 2019, Time is the second release from her upcoming LP, KiCK i. Simultaneously, Arca has announced KiCK i’s release date and tracklist which – for the first time ever on an Arca record – features guest vocalists in the form of Björk, Shygirl, Rosalía and SOPHIE.
Since Arca’s mournful, self-titled LP in 2017, she’s left her official output conspicuously silent compared to her early career; and purposely so. Transitioning is, of course, inherently personal and all-consuming with both its beauty and its difficulties, hence Alejandra has spoken about taking this time to precisely articulate her sentiments on the subject, and beyond, on KiCK i. Time’s messaging is along a similar route of self-care and acceptance, with Doña Arca asserting that she’ll “take this time tonight for [her]self to unwind; it’s time”.

Conceptually conceived by Carlos Sáez, an audio-visual artist (and Alejandra’s partner) who plays a demonic, purple creature based upon Patrick Fillion’s Deimos in the video, the visual counterpart to Time sees a laser-mask and light-wing clad Arca viewers of last September’s ‘no-phones’ New-York residency may remember. Together, they ride around the city on a night full of mischief, love and elation in an intimate diary as directed by the collective Manson. A wounded bullfighter in her video for Reverie back in 2017, contemporary Arca has tamed the beasts inside her as she rides high on a mechanical bull – cheered on by her date – to a place of soothing self-acceptance.

KiCK i is slated for release on June 26th via XL Recordings. 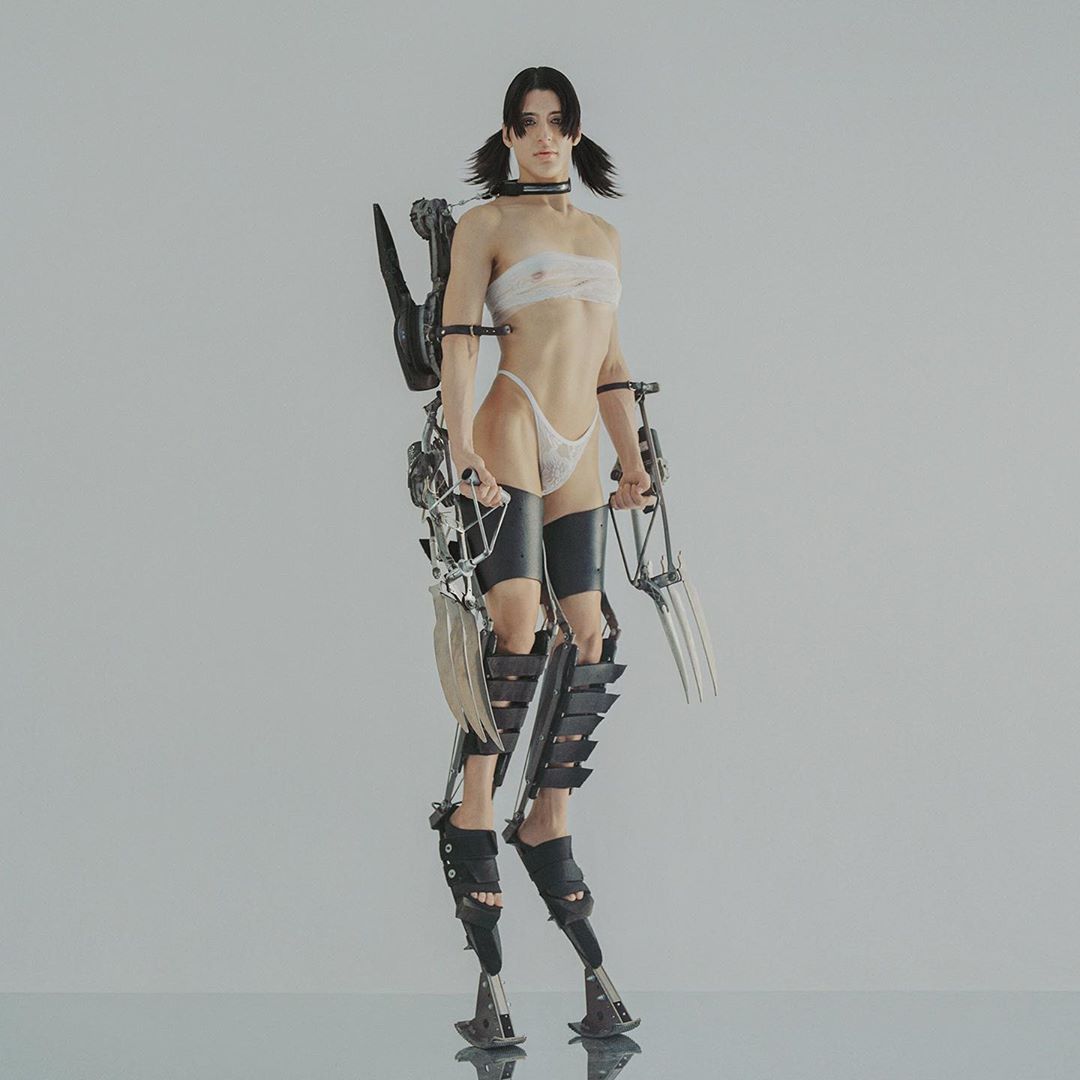