Gucci, Winter In The Park 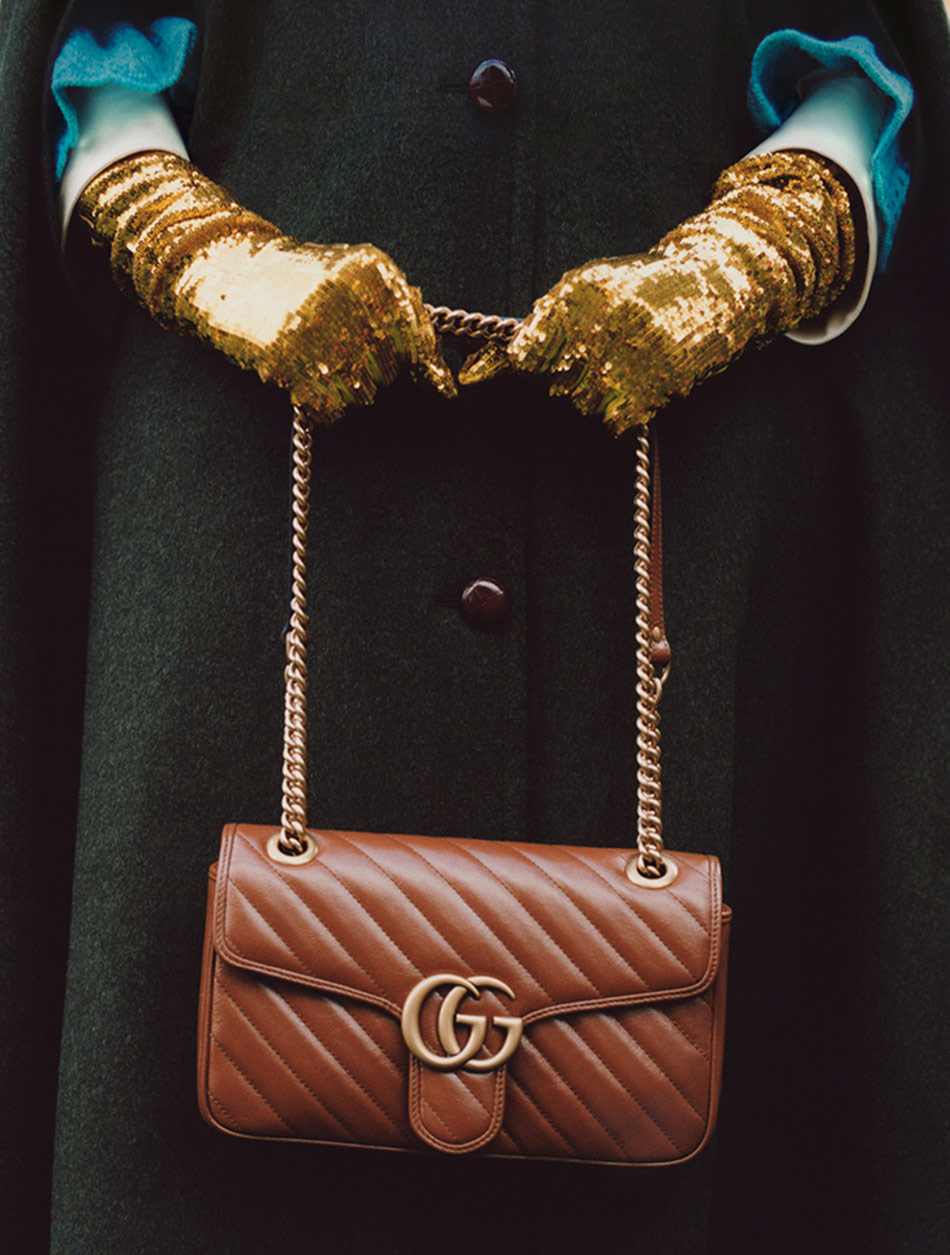 What is the most important thing for Alessandro Michele in such difficult times as this one? Connecting with oneself. In his strong commitment to finding personal peace through introspection and self-knowledge, he now introduces Gucci's new digital campaign, Winter In The Park. Shot in London by Angelo Penetta last December, the campaign shows some of the Maison's most celebrated bags at the hand of three exceptional ambassadors: singer-songwriter and author of the hit Stop this flame Celeste, multifaceted Alexa Chung, an essential figure in terms of fashion and renowned The Crown actress Vanessa Kirby.
Traffic invades the city in an stressful atmosphere defined by strict routines and a rapid pace. Where can we find an oasis of peace in a metropolitan area that pushes us to run wherever we go? Gucci's Creative Director Alessandro Michele is clear about it: in the park. A space dominated by nature, wooden benches and streetlights that light up at dusk to light the way, where he wanted to photograph his latest campaign under the artistic direction of Christopher Simmonds. Four of the pieces that have marked a before and after in the history of the Italian brand make an appearance in the peaceful surroundings: the GC Marmont soft leather matelassé bag, the Gucci Horsebit 1955, the Dionysus Bag and the Jackie 1961.

Keeping its ‘70s aesthetic, the house combines its most iconic pieces with those presented by Michele in his first fashion shows. Integrated in what could be a cosmopolitan version of the atmosphere created in Gucci’s new collaboration with The North Face, also free from noise and distractions, it presents three British women Celeste, Alexa Chung and Vanessa Kirby, who embody inclusion, freedom and personality, some of the most important values for Gucci.

Wearing the Gucci Epilogue collection the three ambassadors replace the cast of models Michele opted for in the Summer. Composed of long-sleeved dresses, cropped blouses and flared hems, the collection which was the final chapter in the narrative undertaken in The Ritual now adds an extra chapter by putting the spotlight on bags. An immersive story that has left all of us wanting more. 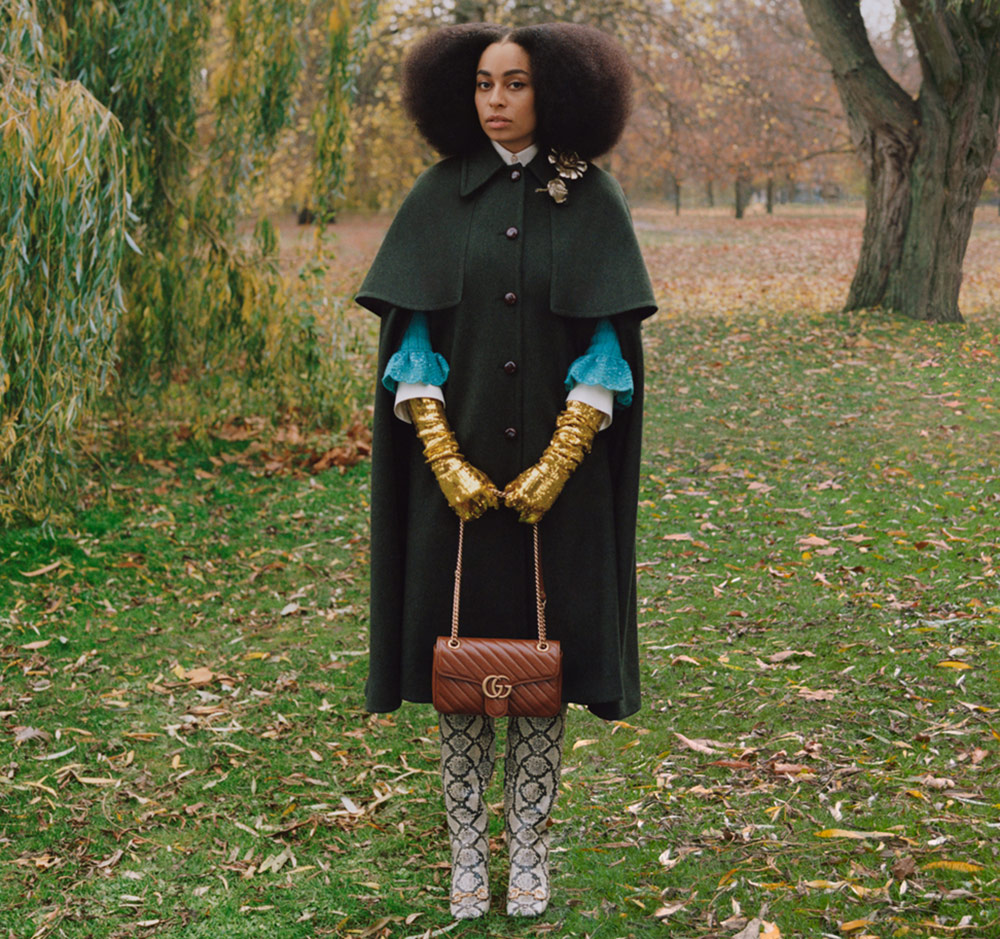 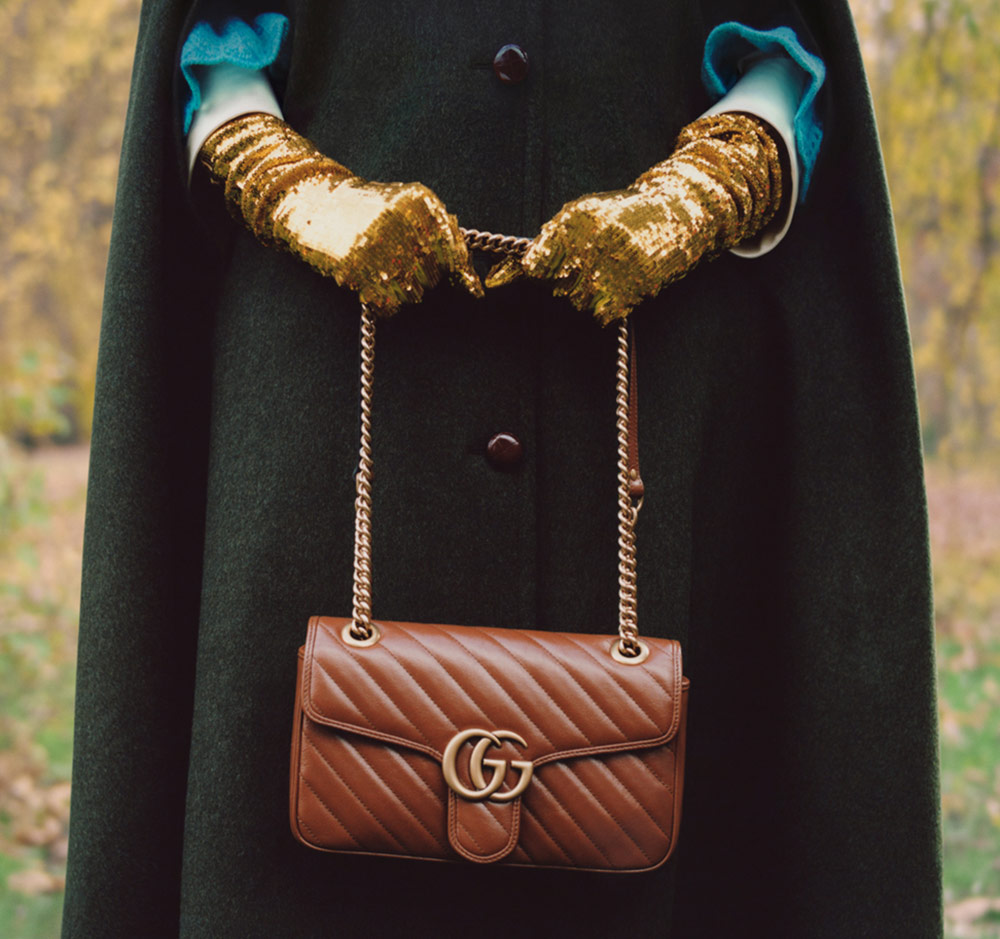 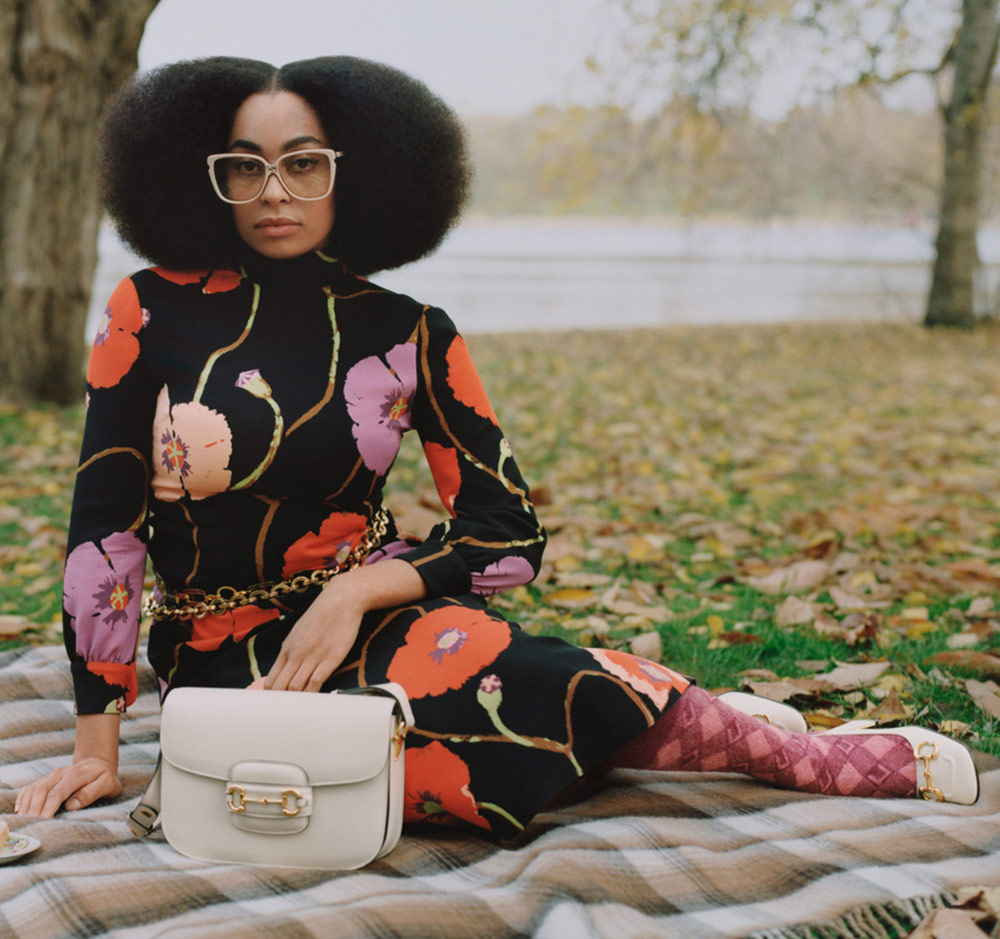 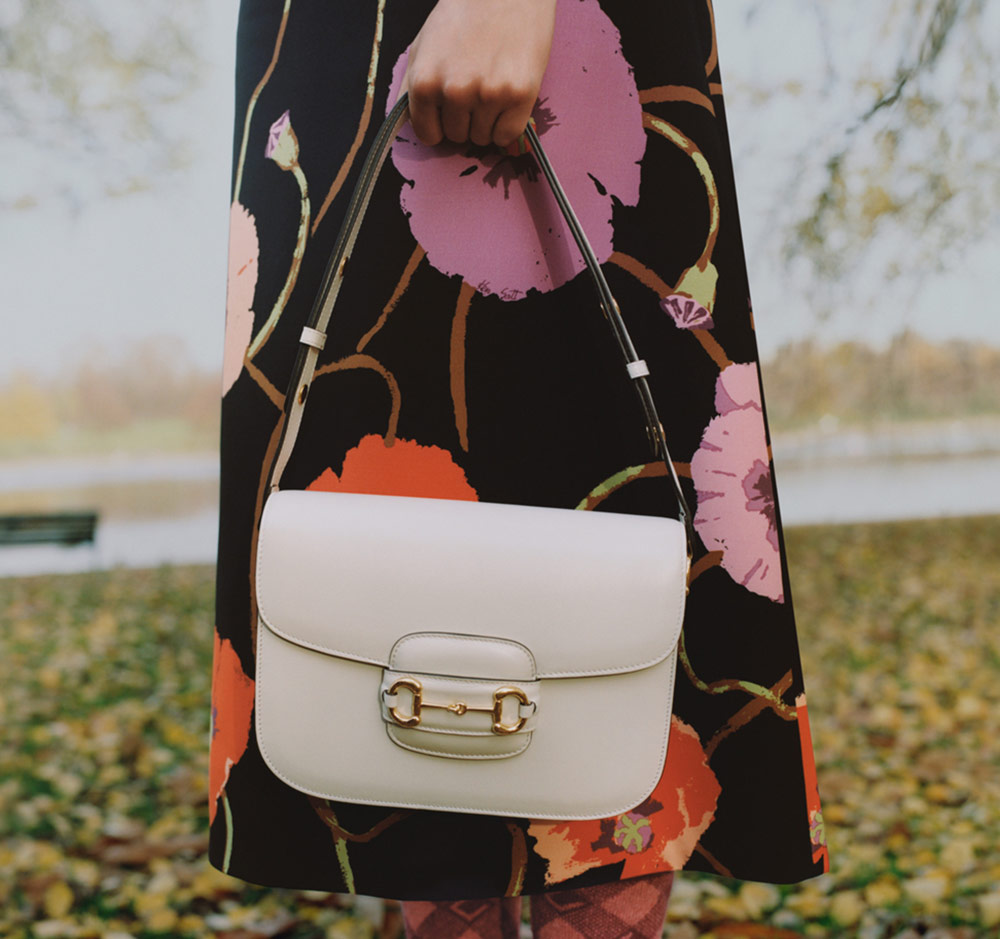 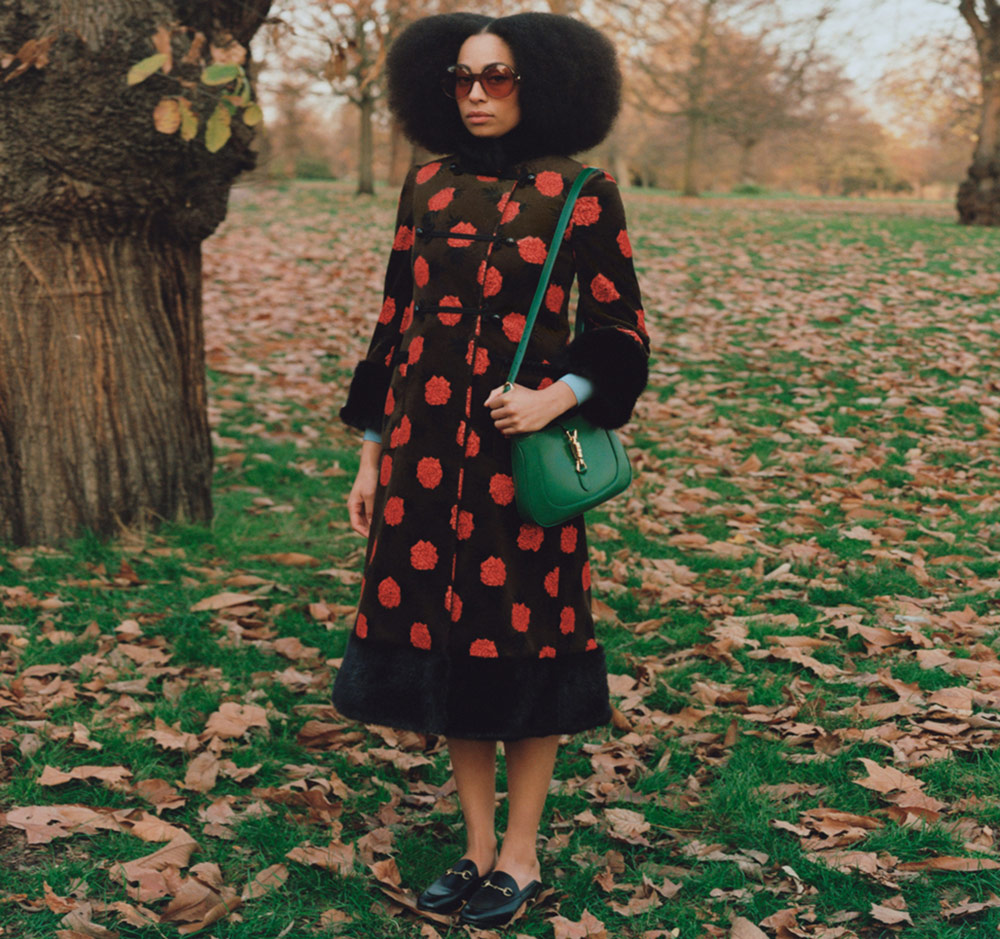 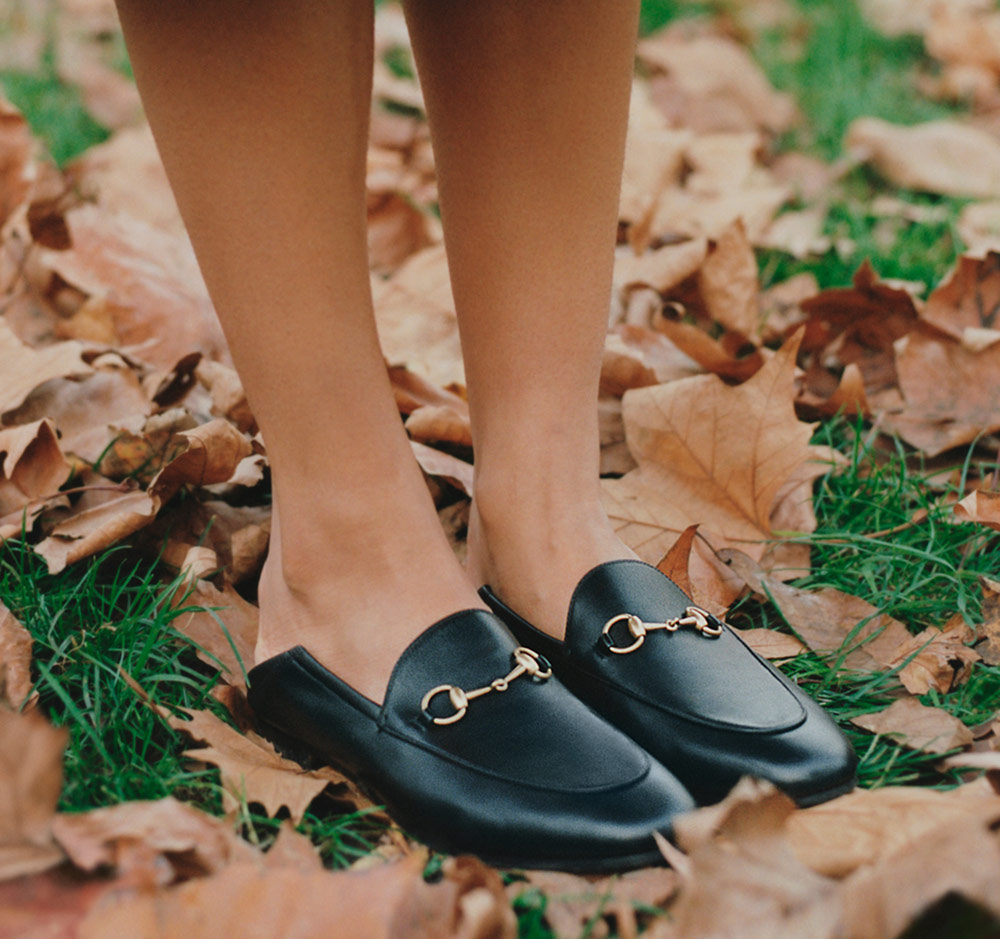 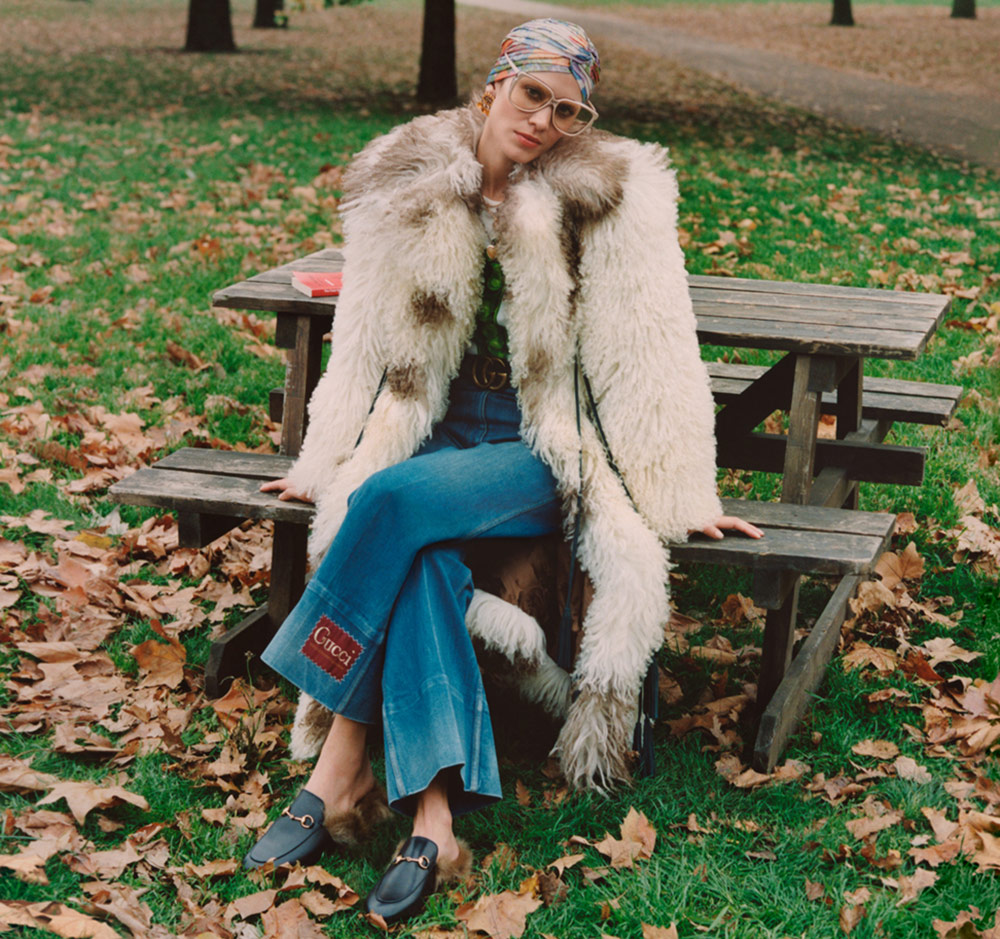 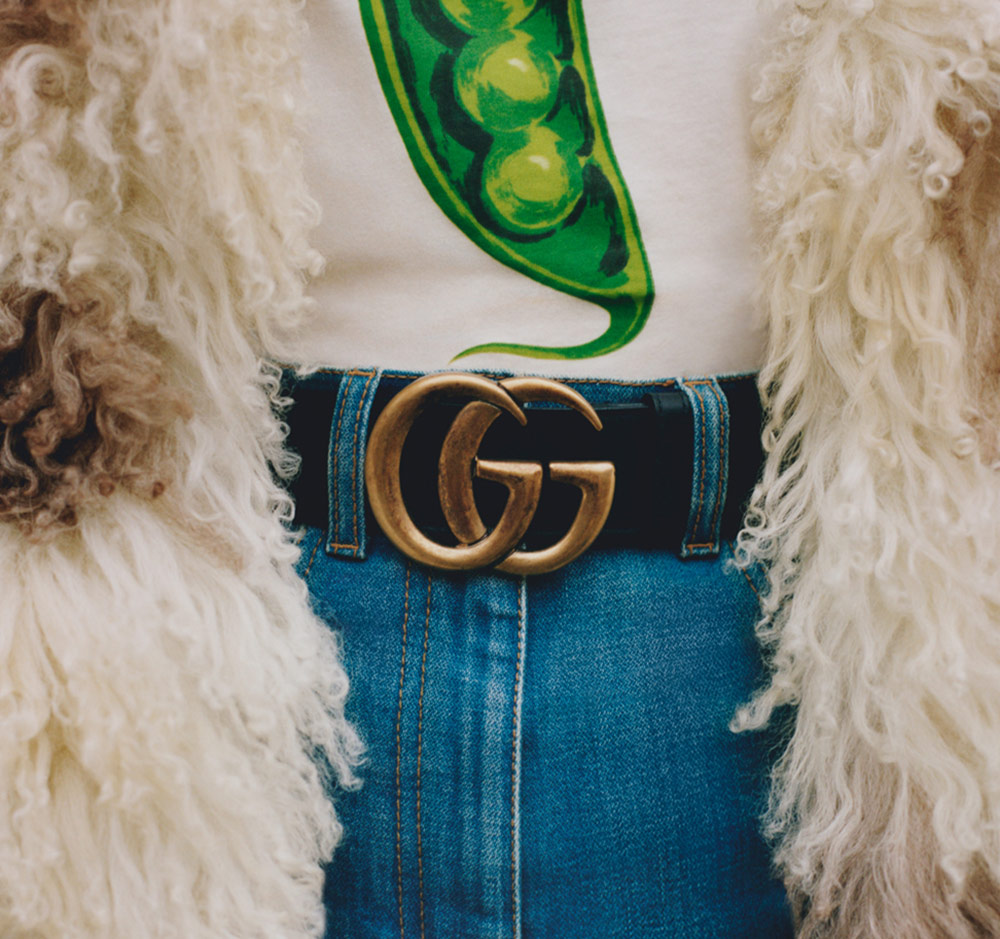 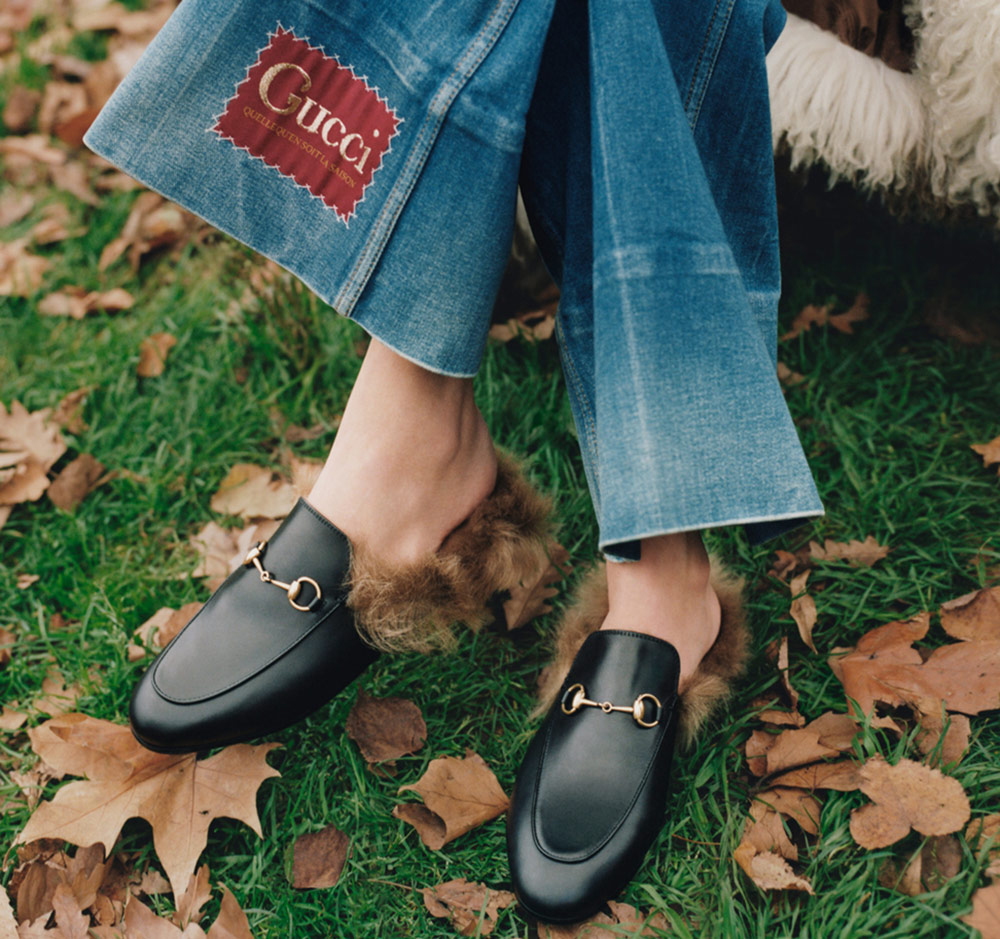 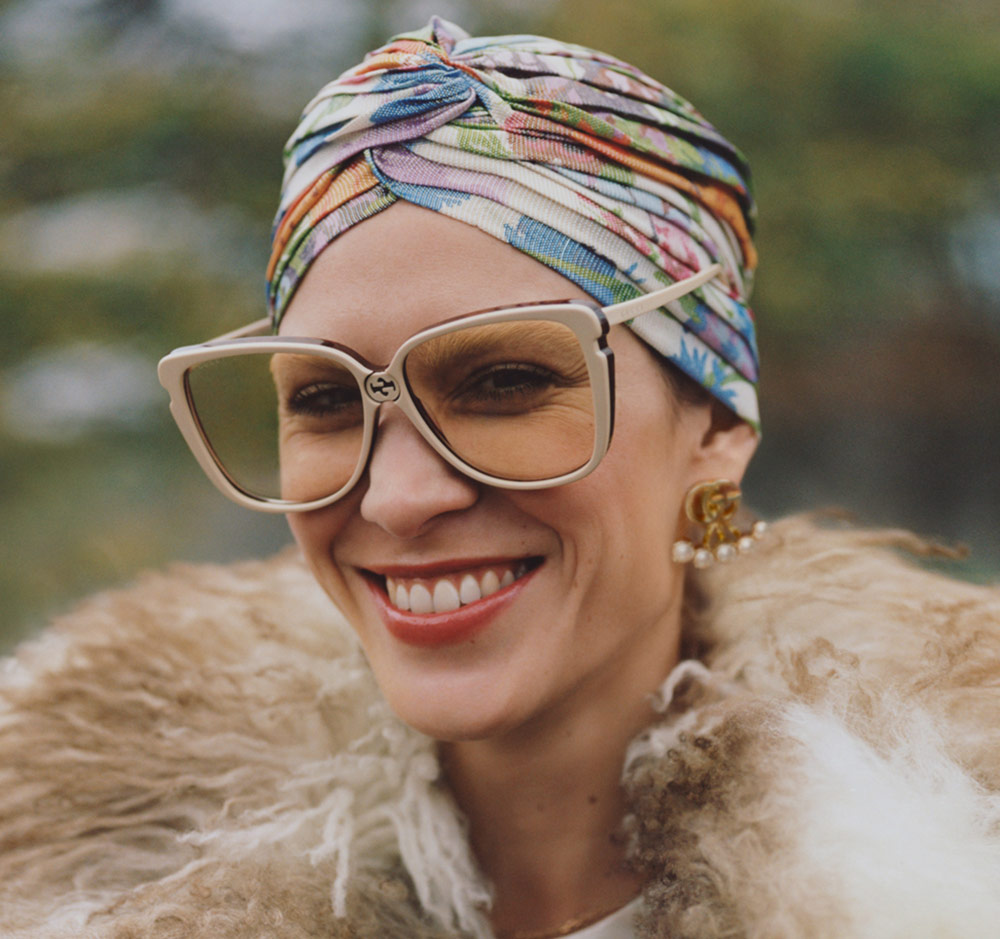 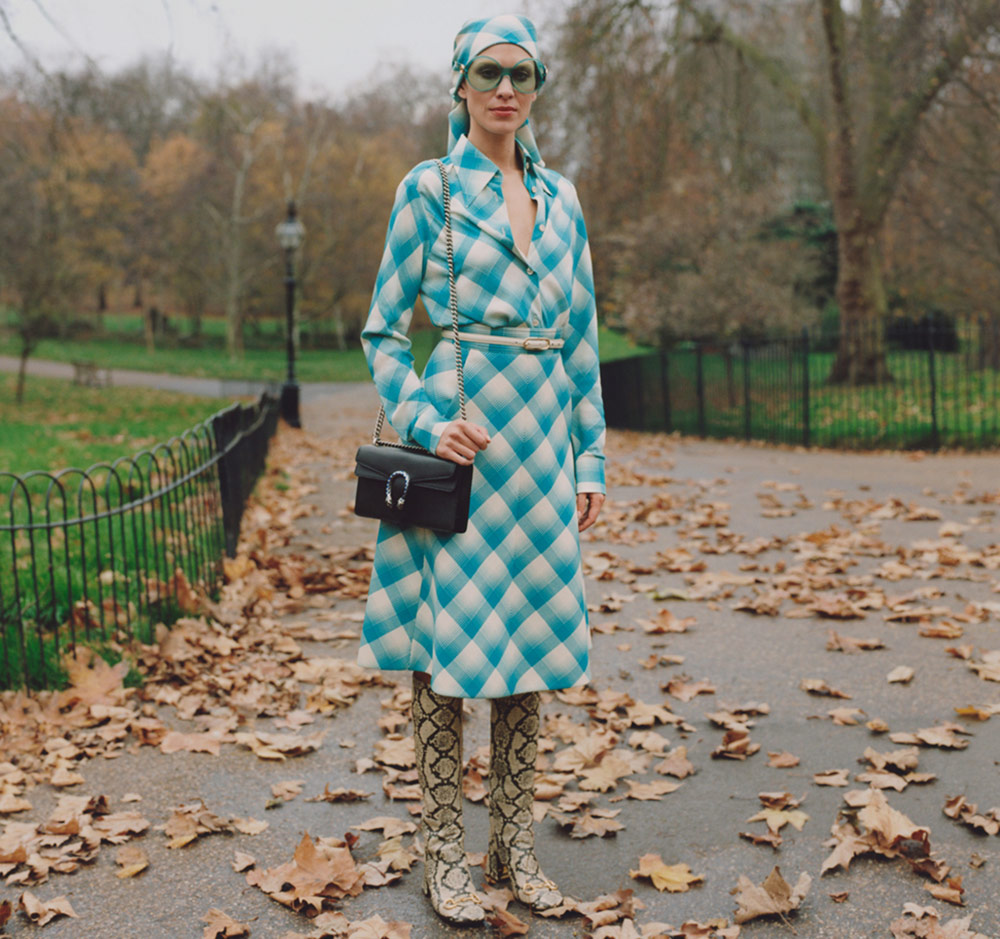 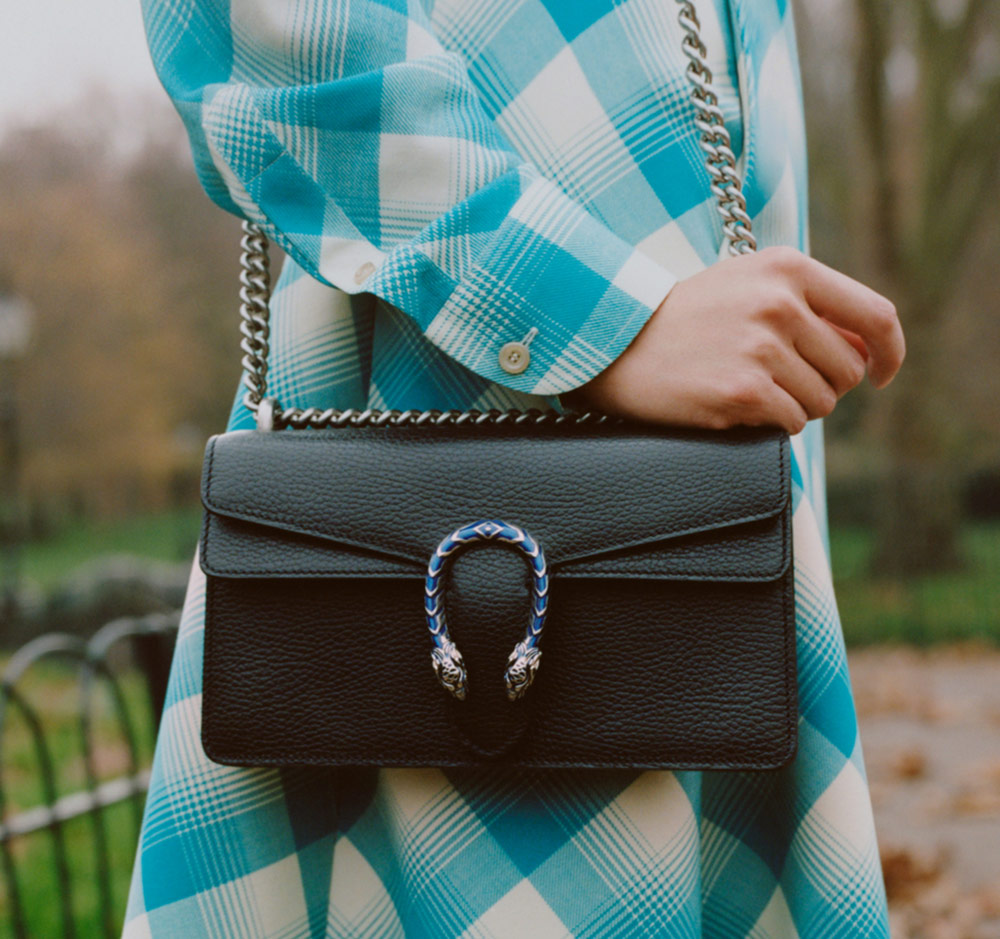 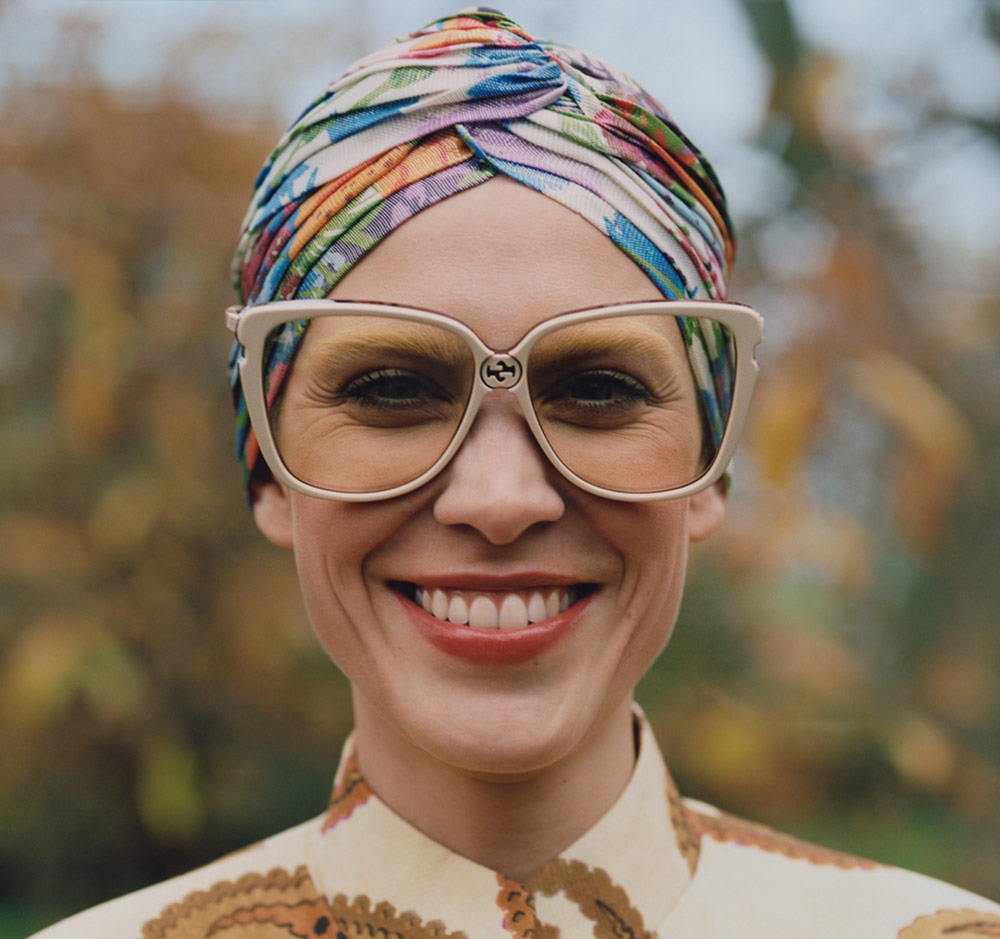 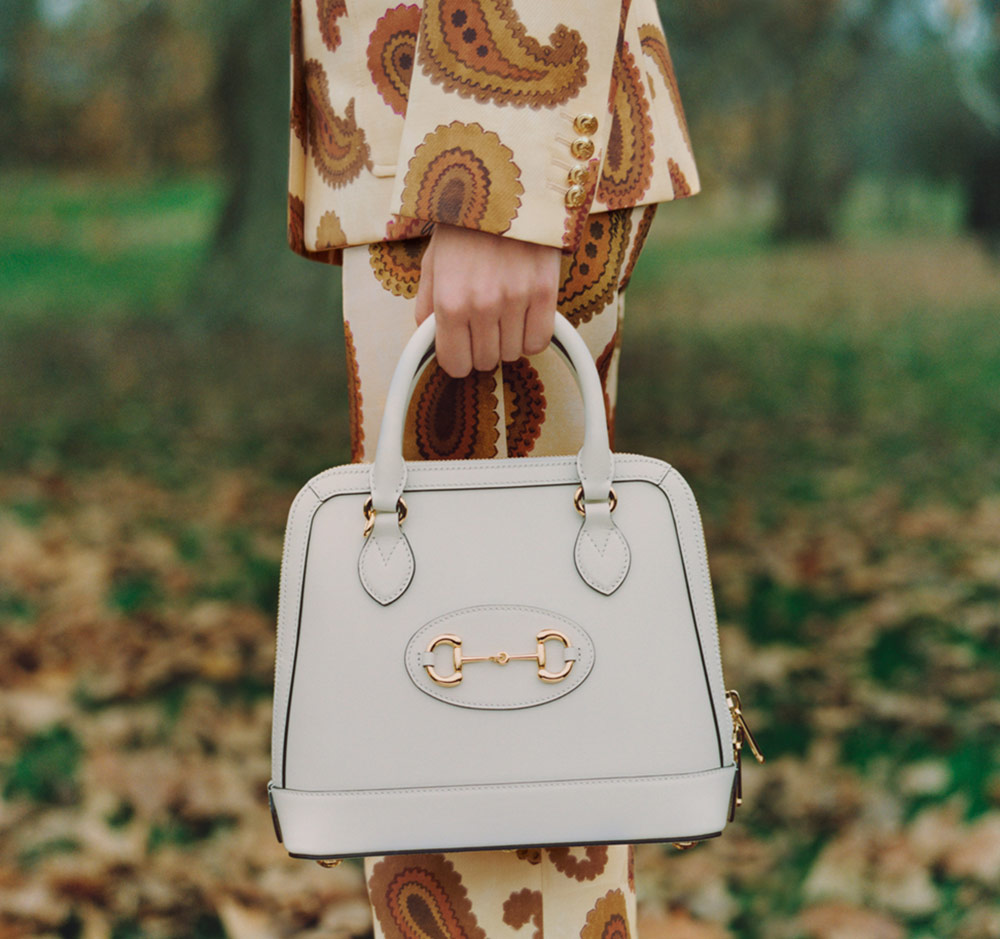 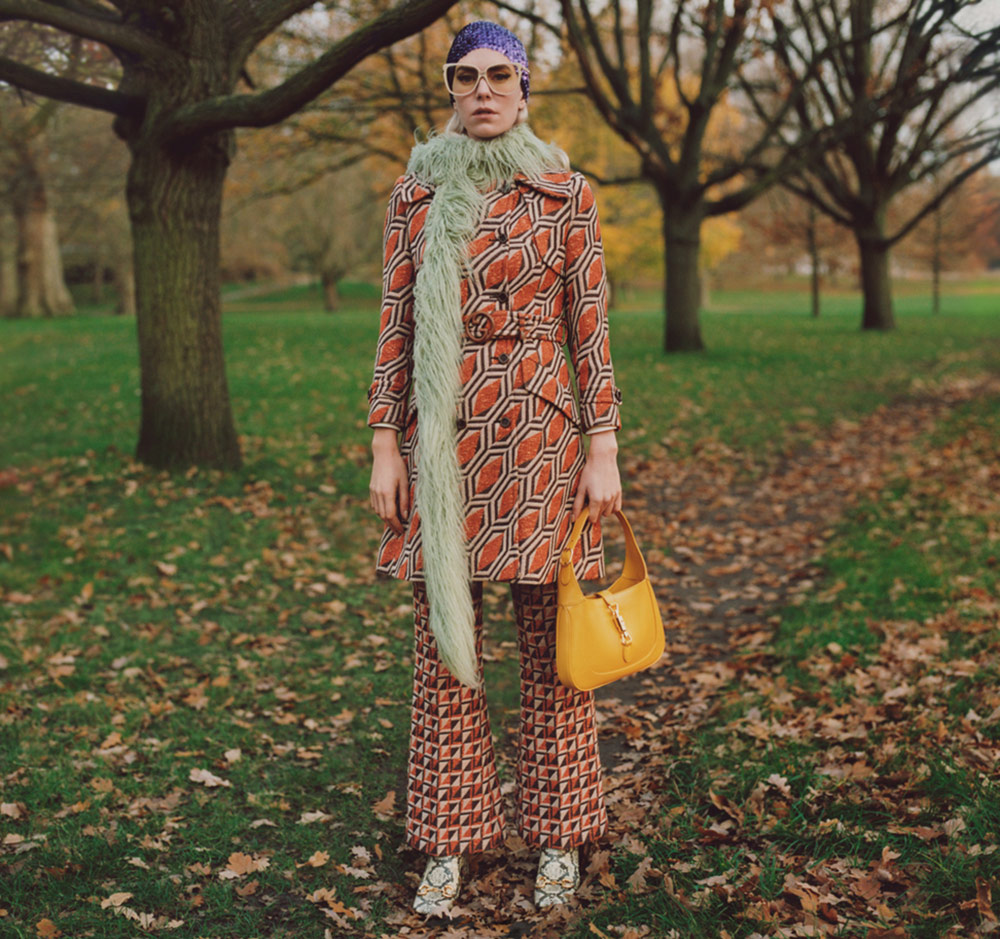 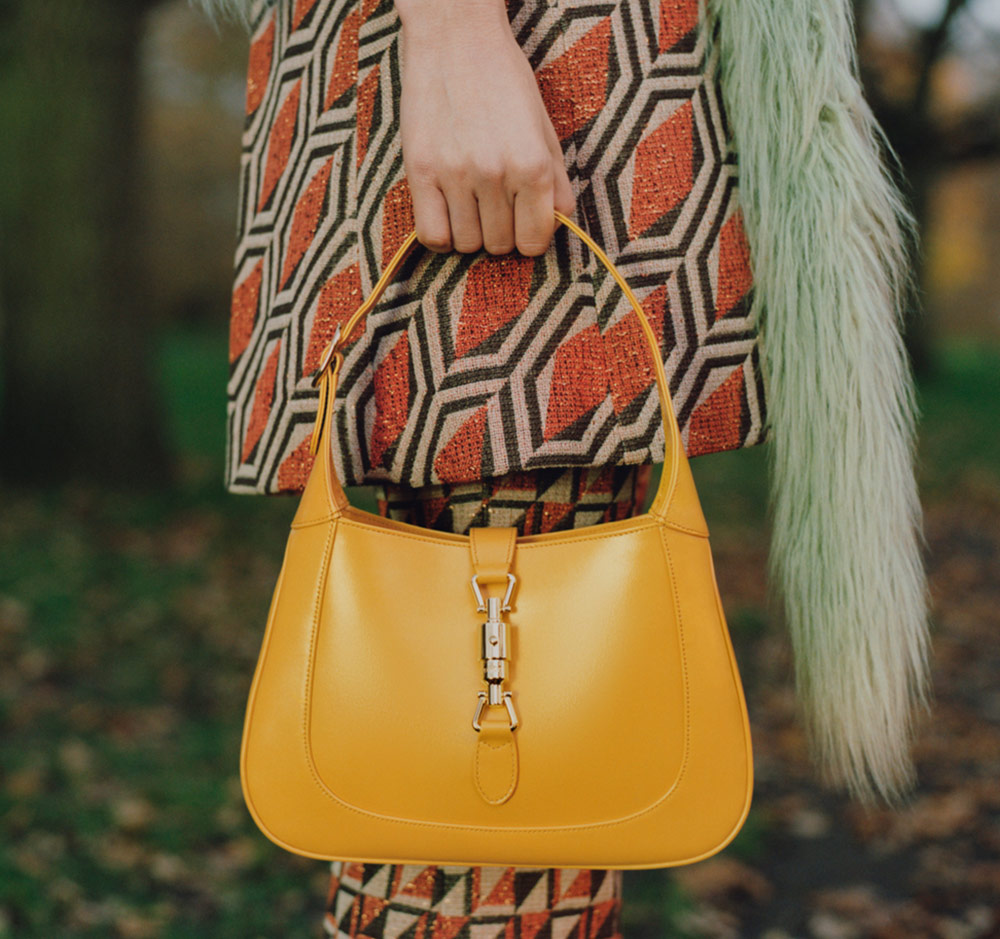 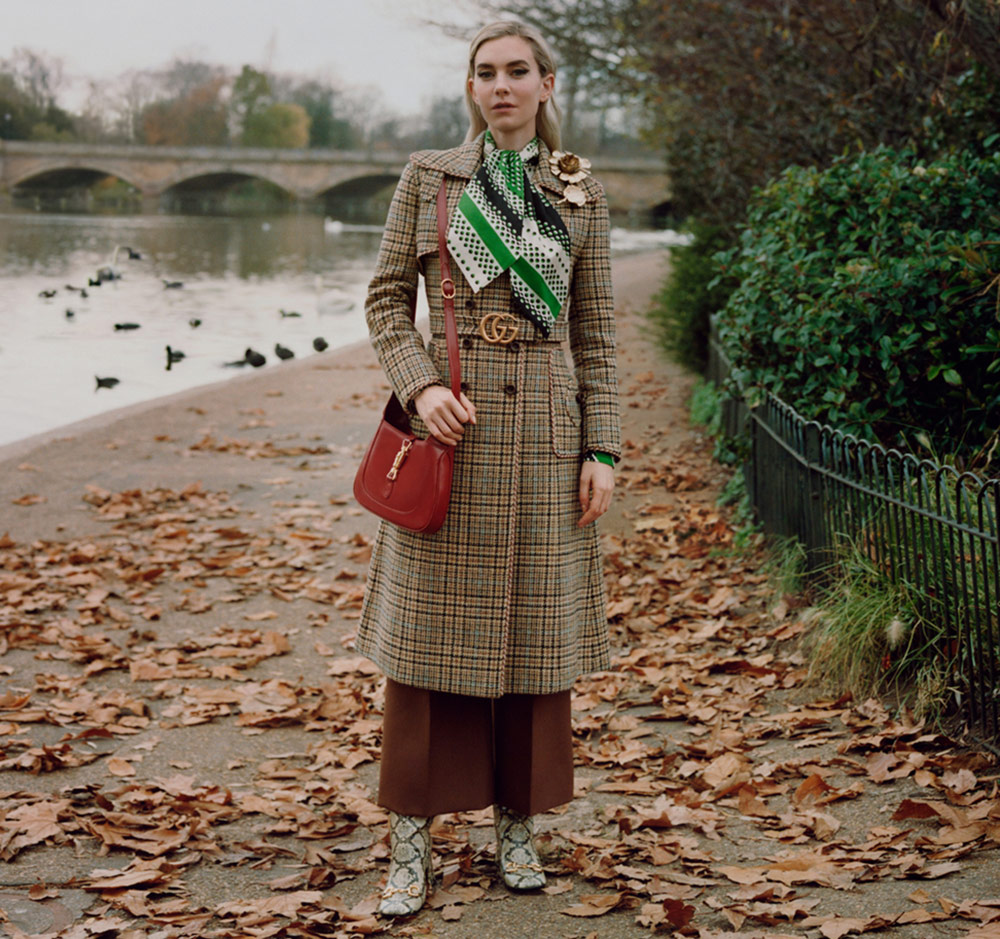 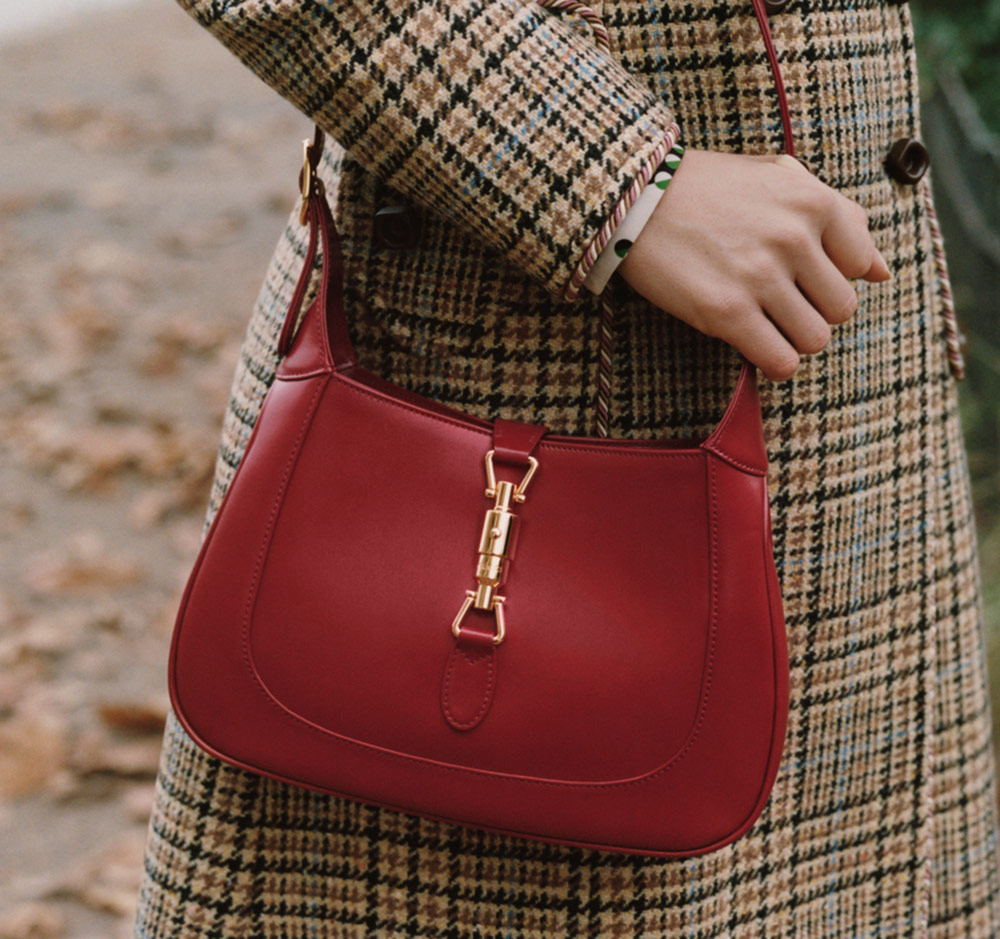 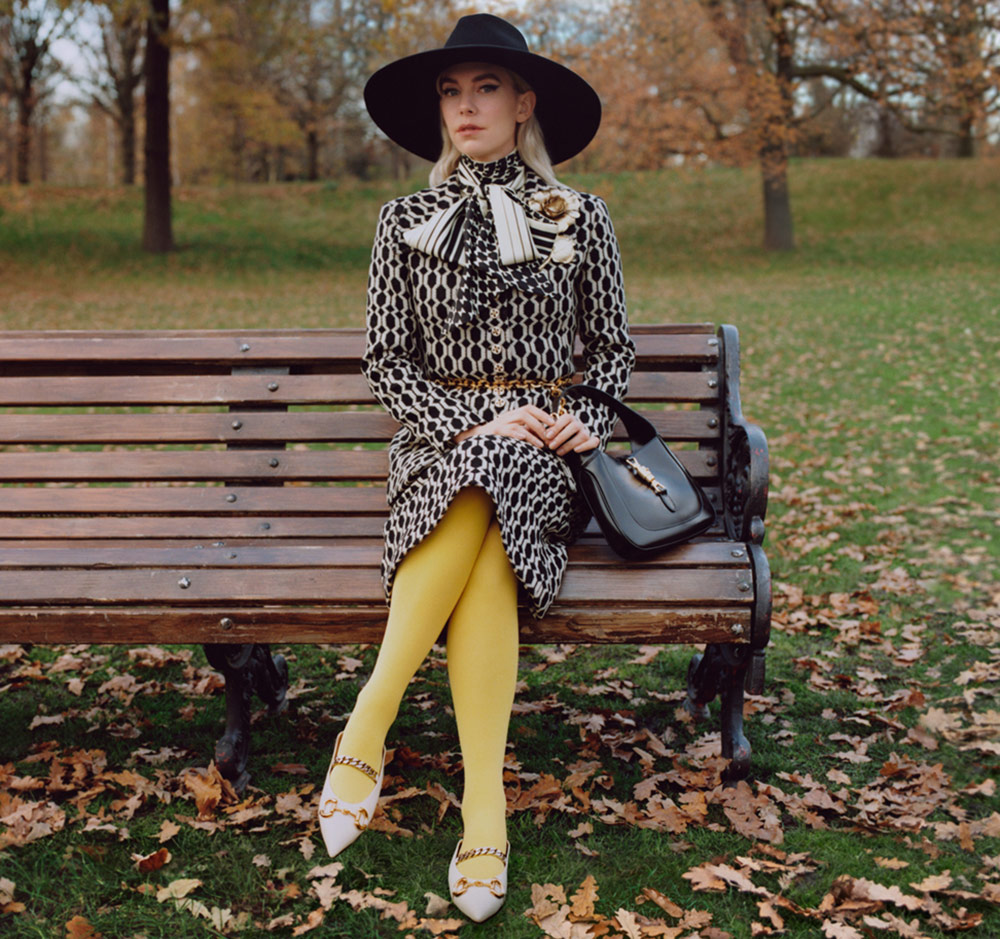 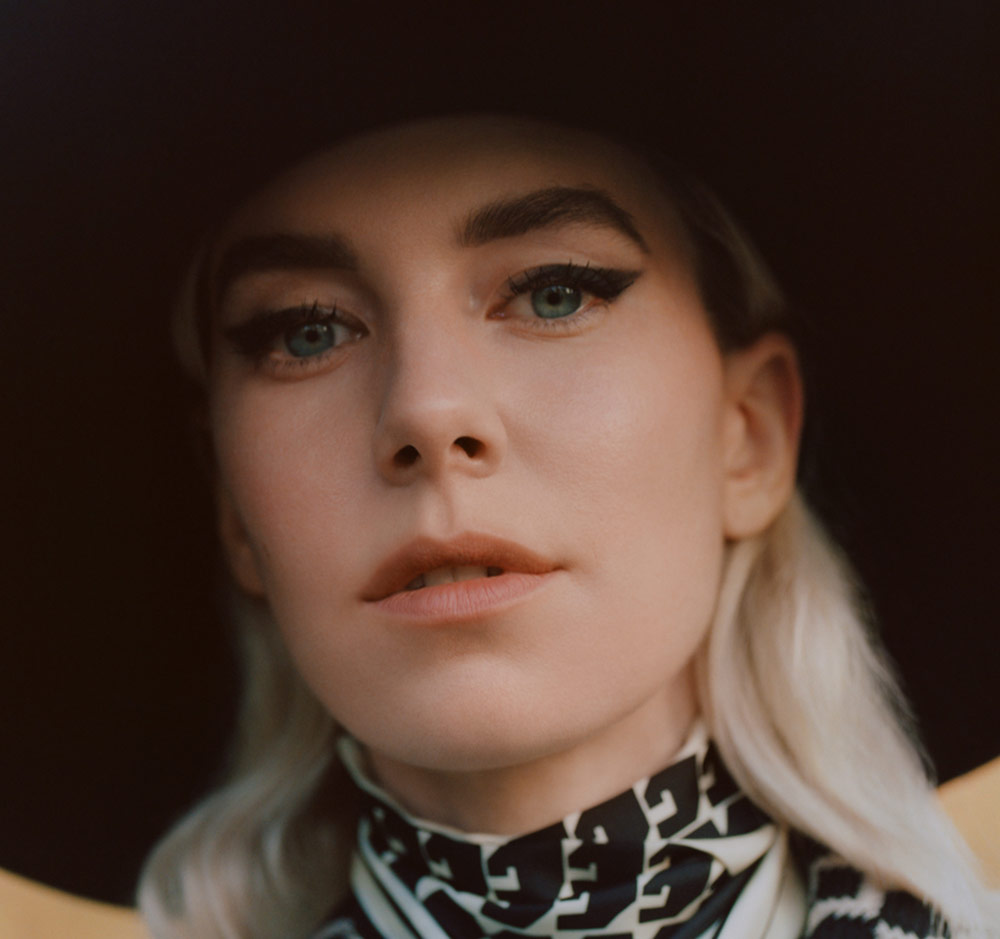