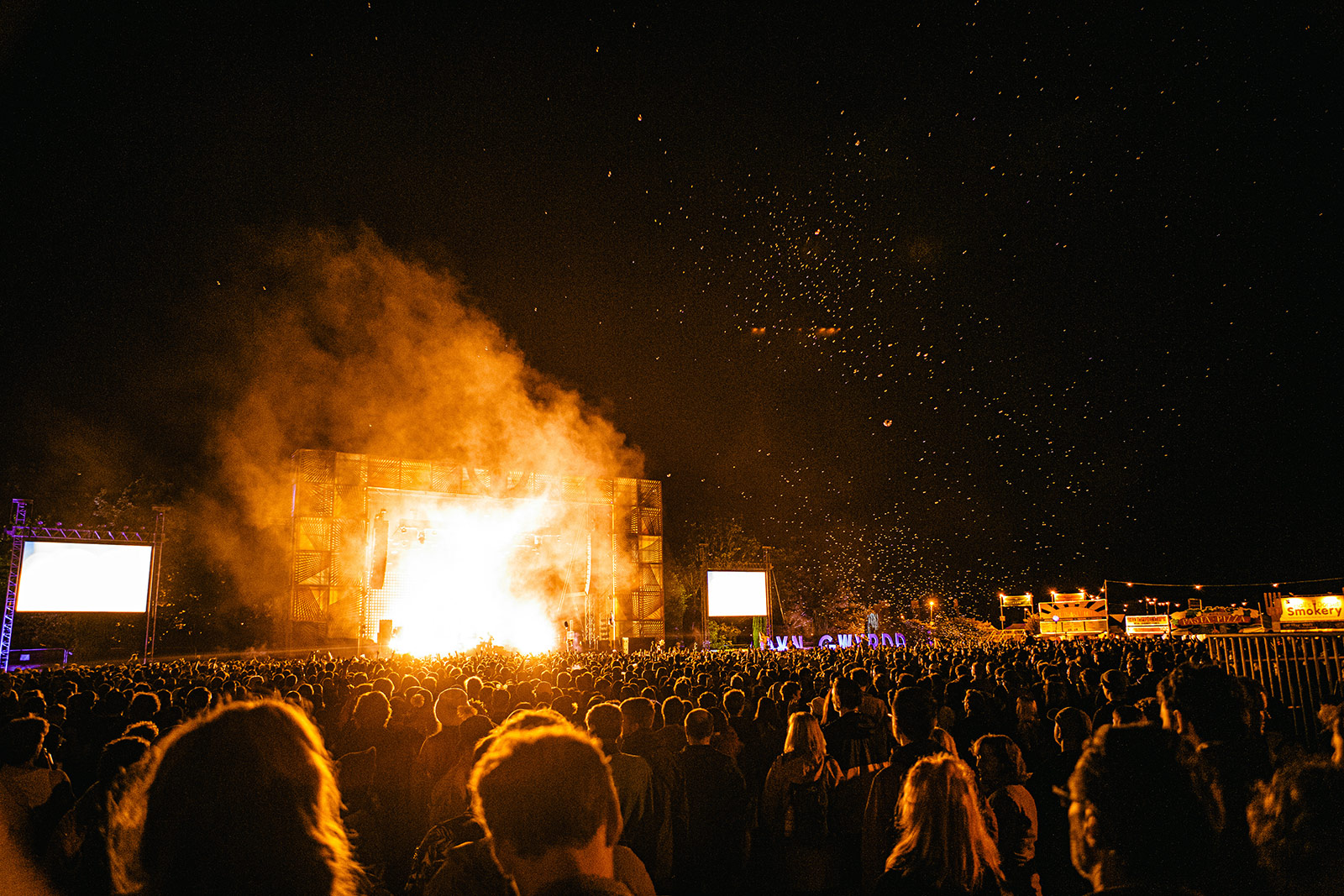 It's dubbed the most friendly festival, and it is true. Green Man provided laid back mornings, warm showers - in artist camping - and a communal green environment. Also, it is well set out for those navigating on wheels, as the most wheelchair accessible festival I have seen. We were happy to meet people using wheelchairs in mosh pits and between stages. Green Man has maintained its birth values since is birth in 2003 to a small group of psychedelic and folk fans at the foot of the welsh hills. The festival has climbed up the mountain and invited everyone along.
Green Man 2021 had a line-up that kept me literally running between 41 acts, 6 stages and one record store over 3.5 days powered by ginger and lime shots from the juice bar (and cigarettes). Famous names Mogwai, Caribou, Fontaines D.C., Thundercat and Shame sat with the cult favourites Black Midi, Nuha Ruby Ra, PVA, Porridge Radio, Lynks, Drug Store Romeos and Jockstrapp.

Over one week on after the festival, various friends and attendees have developed covid, which begs the question whether the UK government was right to re-open this mayhem. 20,000 revelers and some of the best music on offer today was and is still hard to turn down. Friday's opener Nuha Ruby Ra was intense and wonderful. Her Grace Jones-esque appreciation of fashion - wearing a shiny red jacket, cheetah wide brim hat and pleather white boots - was well complimented by her perfectly-tuned East London sound. Nuha Ruby Ra projected and screamed, Run Run in the video of her set we shared on METAL's stories. It says to me, use your energy, power forward, keep going. She commanded a stage presence that was all-consuming for the audience.

Another highly inspirational set was the famous Kokoroko, on Saturday, as the lead-singer trio brought a vital energy to the stage reminding the sleepy crowd to dance - and demonstrating, with the backing of their elegant Afrobeat jazz. Thundercat was show-stopping and with sparkling Gucci clips in his locs spoke to the crowd about sobriety and his love of fellow collaborators. The crowd exploded to Dragonball Durag, from his Grammy award winning 2021 album, It Is What It Is. His performance was spectacular, and from my close vantage point, all I could see what his joy. It was clear so many artists were happy to be back, even if the crowds' stamina was stretched.

Fun is the goal and motivator of a festival, and Shame know how it is done. The crowd pulsed with their sound, and their show was electric as ever. Home Counties' set also delivered punk smiles under the welsh sun. Jockstrapp's evening show wowed with their experimental tracks like Robbert and The City stood in contrast as a more orchestral hyper-pop song. Green Man was a melting pot of genres that catered well to my punk and experimental taste.

For me, the final act of the festival - Fontaines D.C. was what it was all leading up to. Best described as the gritty Irish answer to Oasis. Since, they did support Liam Gallagher after all, even if stylistically they are somewhat different. Backstage ahead of the gig their lead singer, Grian, signed a purposeful peace sign to me before blasting the thousands scrambled in front of the stage with Televised Mind during the first 10 minutes of press being allowed to film. Televised Mind was a smart opening choice. There was also a serendipitous moment as I crashed back to mosh for the rest of the song as a gig-goer made the same wise stance with arm raised peace symbol before we crushed together. Communing in a group like this, 2 years on, never felt so blissful, peace loving and ecstatic.

Then, as tradition dictates, the Green Man effigy that is built every year was burnt and the reality of the 5 hour drive back to London hit home. 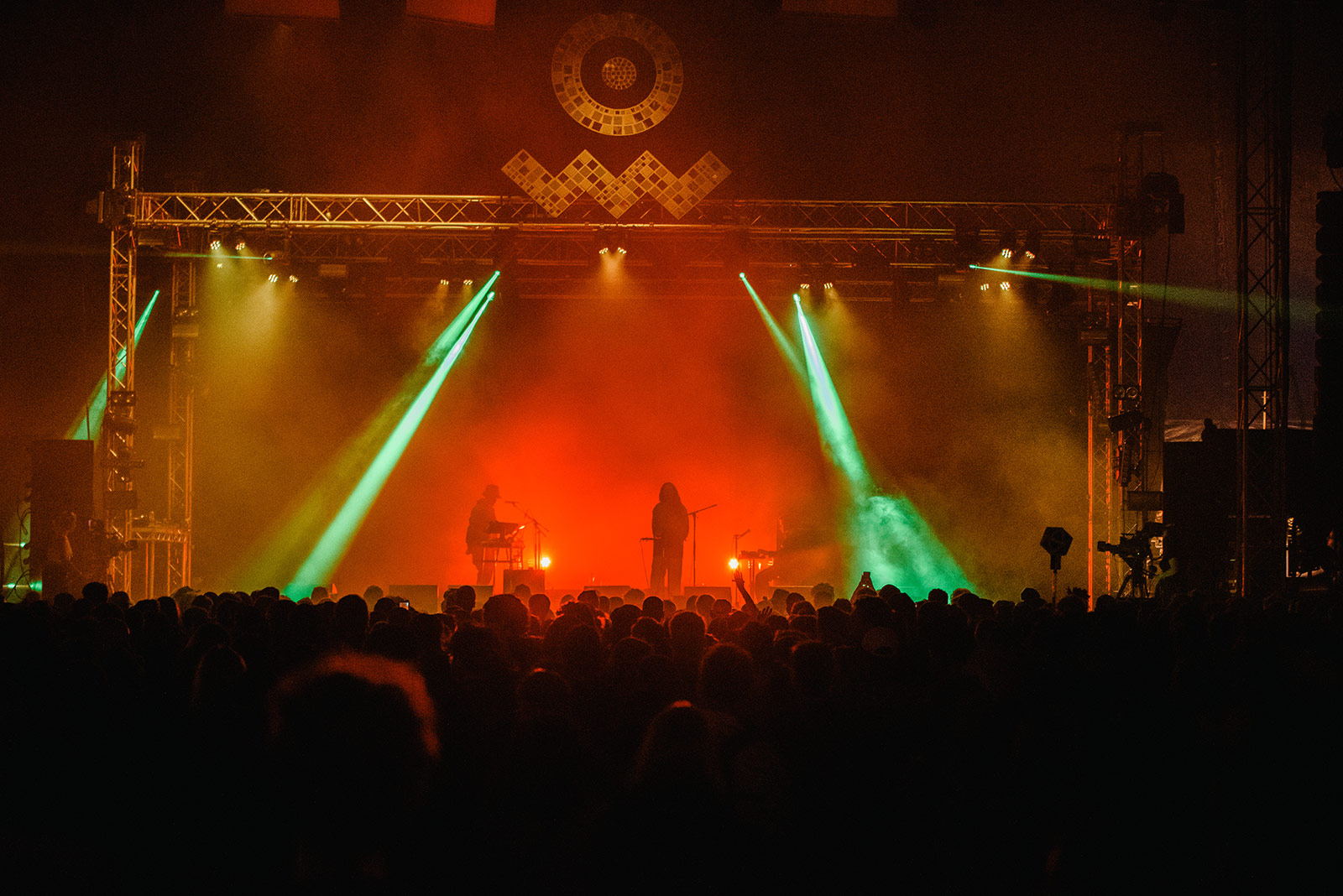 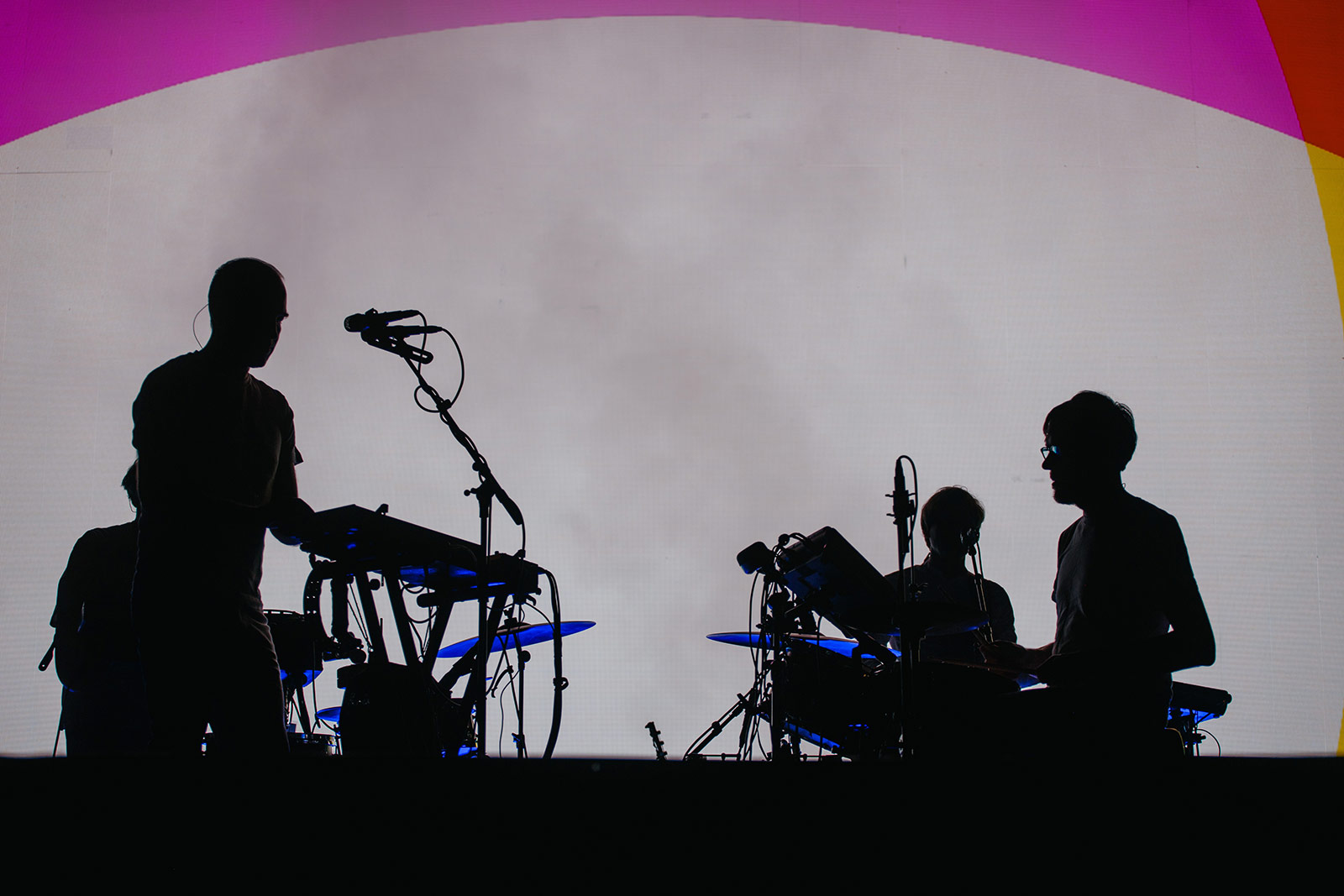 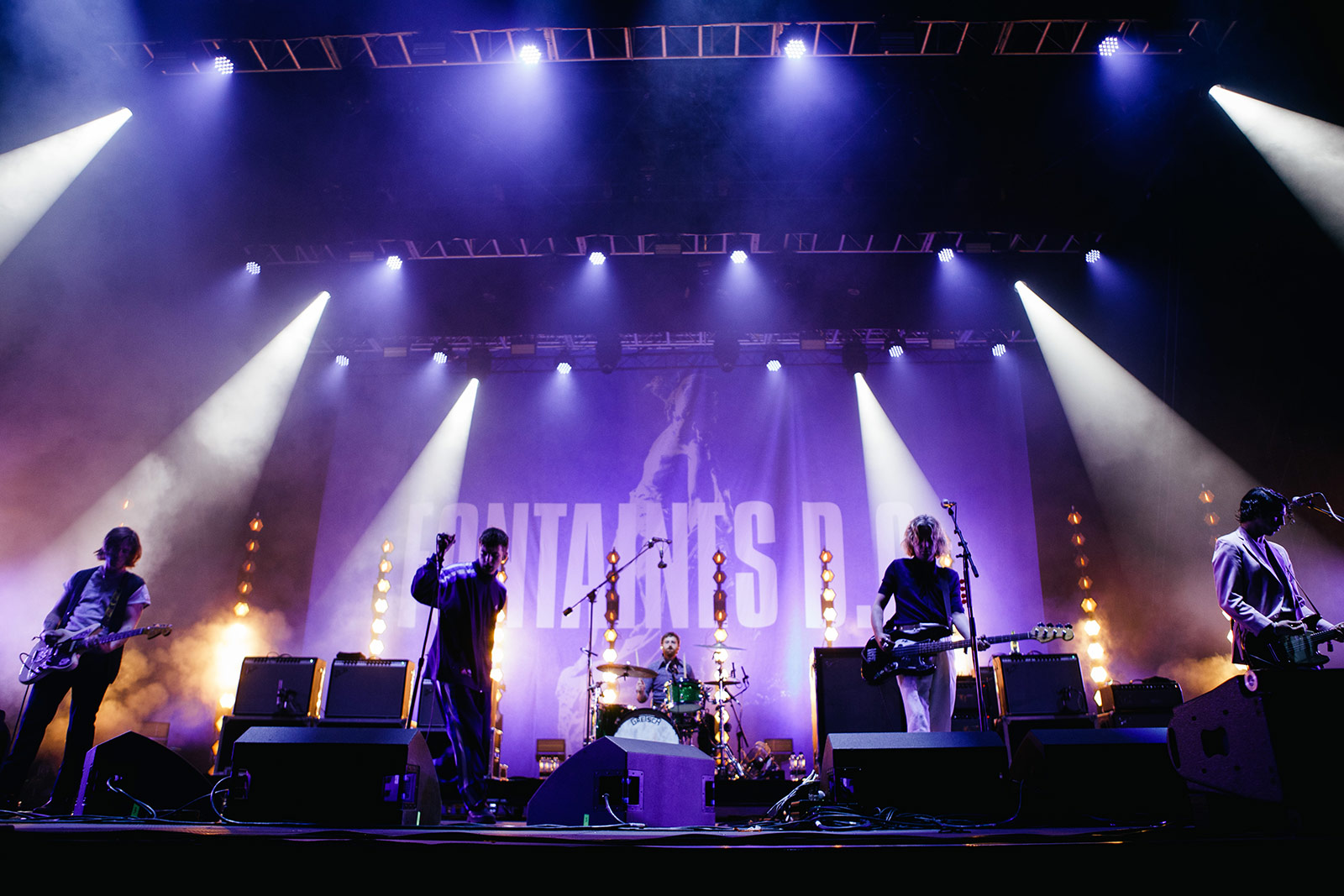 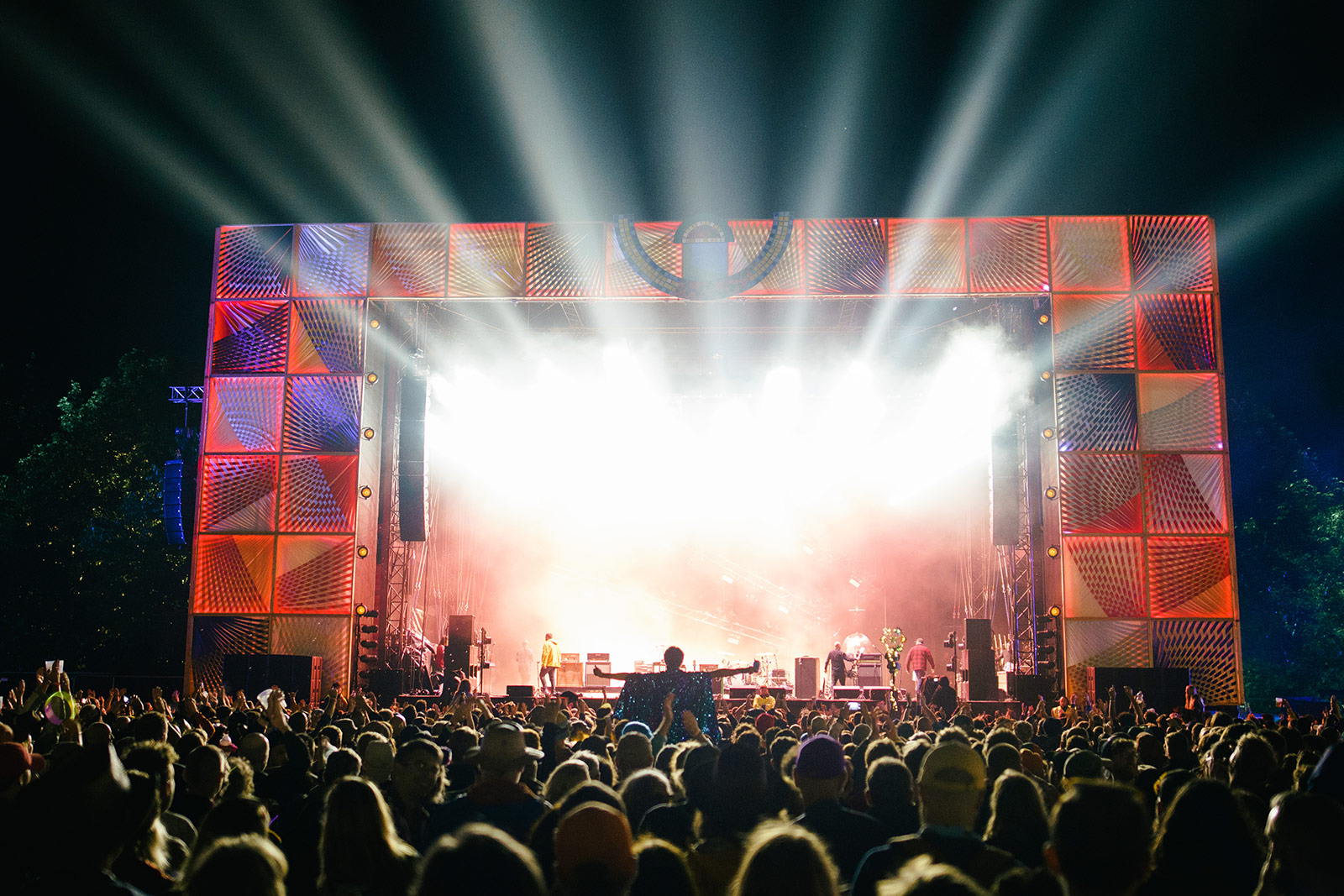