Can’t get out of the room

If you haven’t heard of him yet, get ready because he’s going to be one of this year’s breakthrough stars. Sega Bodega is about to launch Salvador, his debut album, on the 14th of February via his co-owned label Nuxxe – also by Shygirl and Coucou Chloe. And today, he’s releasing the second single and music video, Salv Goes to Hollywood, directed by Jade Jackman.
“I’d worked with Jade before on self*care and I’m a big fan of her work”, explains Bodega. “I brought her the track and she had this idea of exploring wasting time.” Set in a disturbing, almost asphyxiating green room, the characters on the video appear exercising, counting money, chain-smoking, taking selfies, or even cutting some fruits and vegetables, as a hot red-haired Sega Bodega also seems in despair sitting on a toilet. The single is just a teaser of his much-awaited debut album, entirely produced, written and performed by Bodega, which “combines his instinct for scientific production experimentation with his newly-honed songwriting ability and voice as a meditative lyricist.” 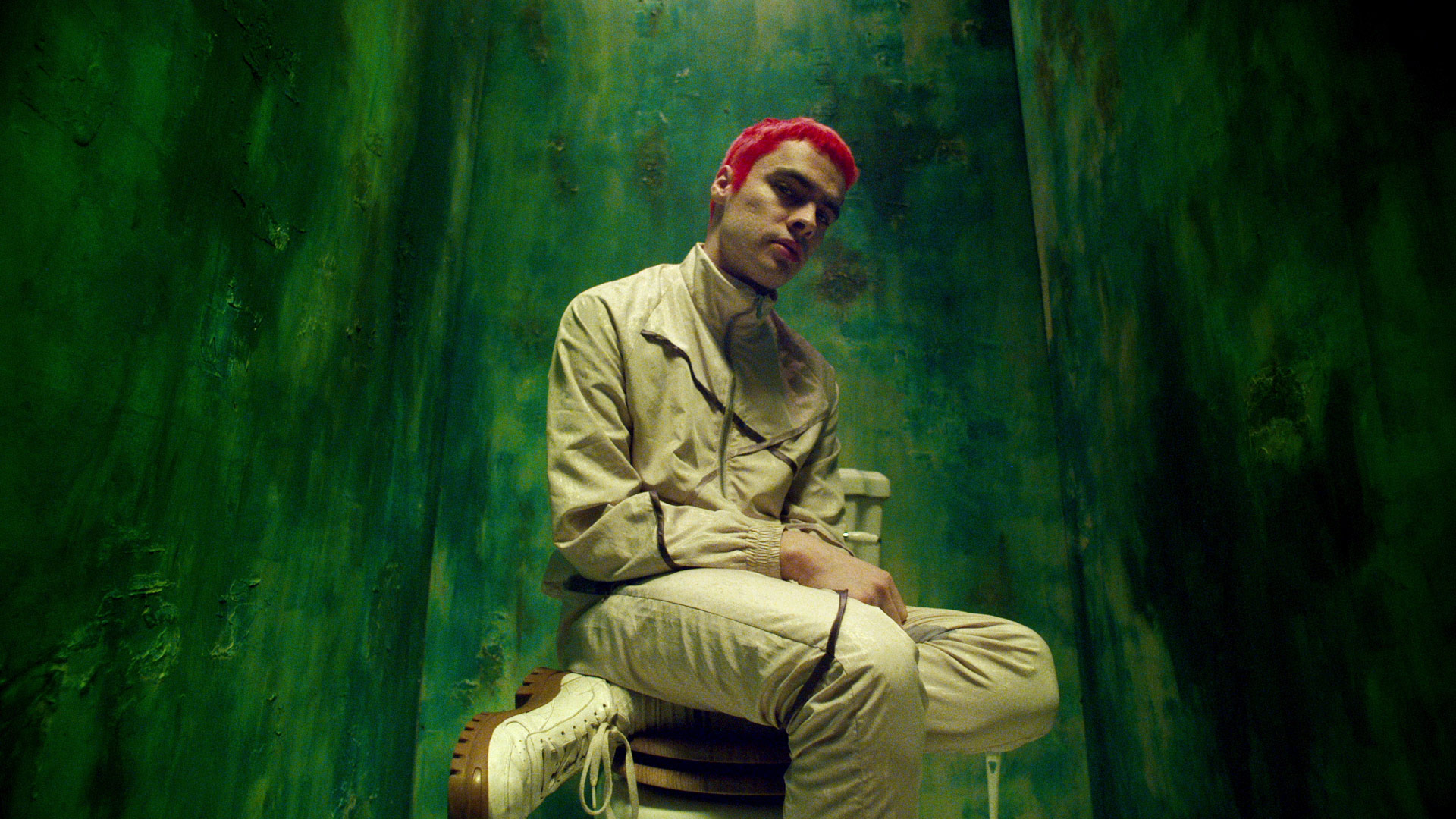