The unprecedented version of a classic

Dior’s recognizable Saddle Bag made its first appearance at the women’s Spring/Summer ready-to-wear show in 2000. In 2018, Dior’s Artistic Director, Maria Grazia Chiuri, refreshed it for her womenswear Fall/Winter collection. Now, in 2019, Kim Jones, the Creative Director of Dior Men, is rebirthing a brilliant version at his debut Spring/Summer 2019 collection. This classic is crossing into menswear to stay for good.
It’s become a staple piece. Designed in 1999 by John Galliano, the Dior’s Saddle bag debuted on the catwalk for his Spring/Summer 2000 collection. It quickly became one of the most talked-about accessories and inevitably turned into a defining piece for the French luxury fashion house. Vintage versions of the bag began resurfacing right before Maria Grazia Chiuri rejuvenated it for the past womenswear Fall/Winter 2018 collection.

Kim Jones’ debut as menswear Artistic Director of the French house revisioned this cult accessory in an unprecedented version for men. Its saddle-shaped form pays tribute to the world of equestrianism without neglecting Dior’s unique and traditional craftsmanship. Shaped in Florence, this emblematic bag reflects the excellence of the house’s leather goods ateliers and the Italian savoir-faire. Just take a look at the video to see it with your own eyes.
The hand-crafted cult accessory has now new styles made to fit the demands of the modern man. A wide jacquard strap bears the inscription ‘Christian Dior’ and is adorned with an industrial-inspired gilt ‘CD’ buckle that the designer Matthew Williams conceived for the occasion. A captivating offering of styles feature Dior's iconic monogram, or its emblematic bee reinterpreted by KAWS, the visual artist who created a giant statue made of roses for Jones’ debut; also, a machine-inspired edition that goes in line with the work of Hajime Sorayama, the artist creating erotic robots who played an important role in Dior’s Pre-Fall 2019 collection.

As if that wasn’t enough, Kim Jones anchored the Saddle Bag in his luxurious but functional universe, reimagining it as a backpack. He’s even used the Saddle silhouette to serve as a pocket – in tote bags in the Pre-Fall 2019 collection, and in opera-length gloves in the Winter 2019 collection. Even more, in the latter, he even transformed the Saddle into a cross-body style. Needless to say, that this classic entered the menswear realm to remain. 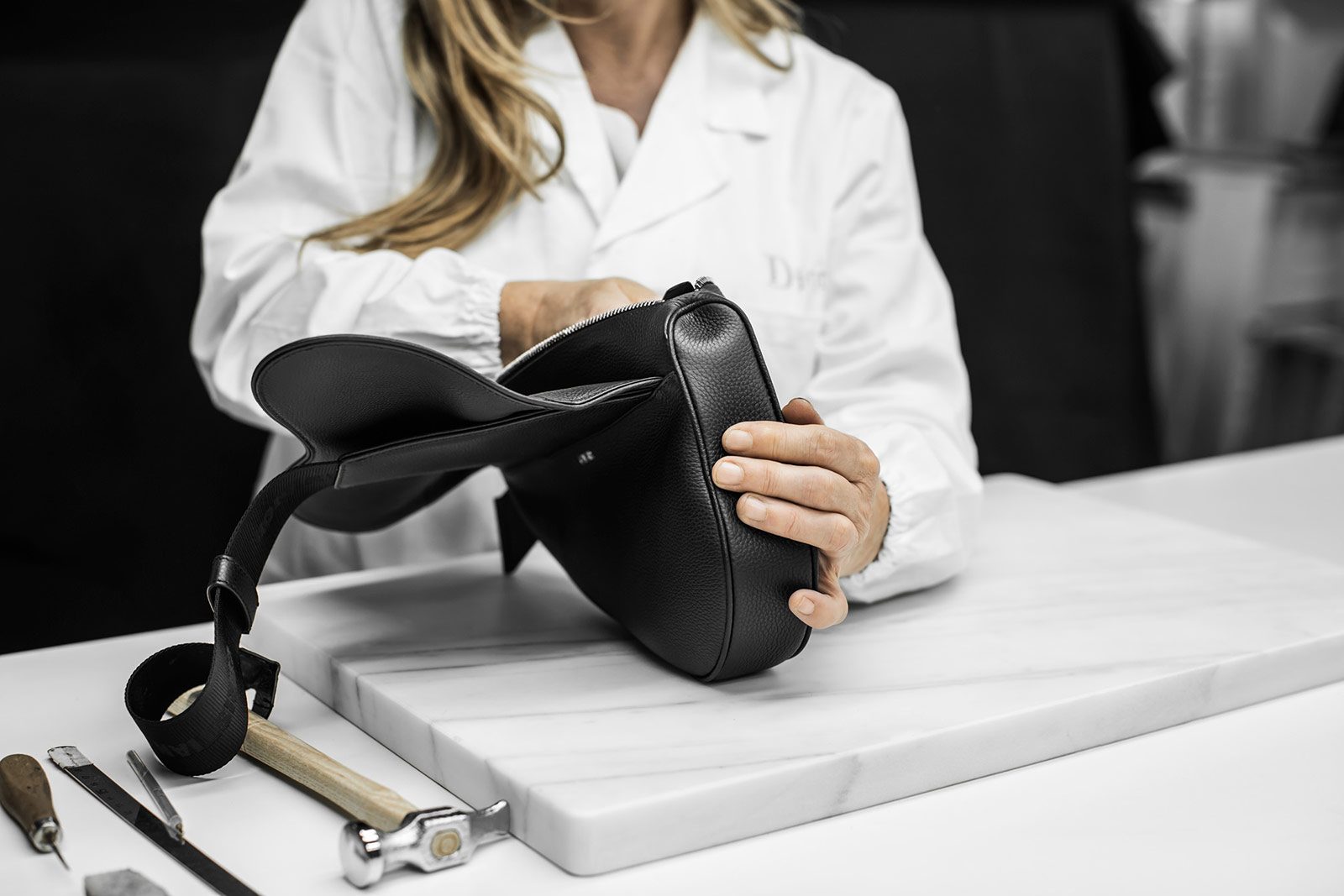 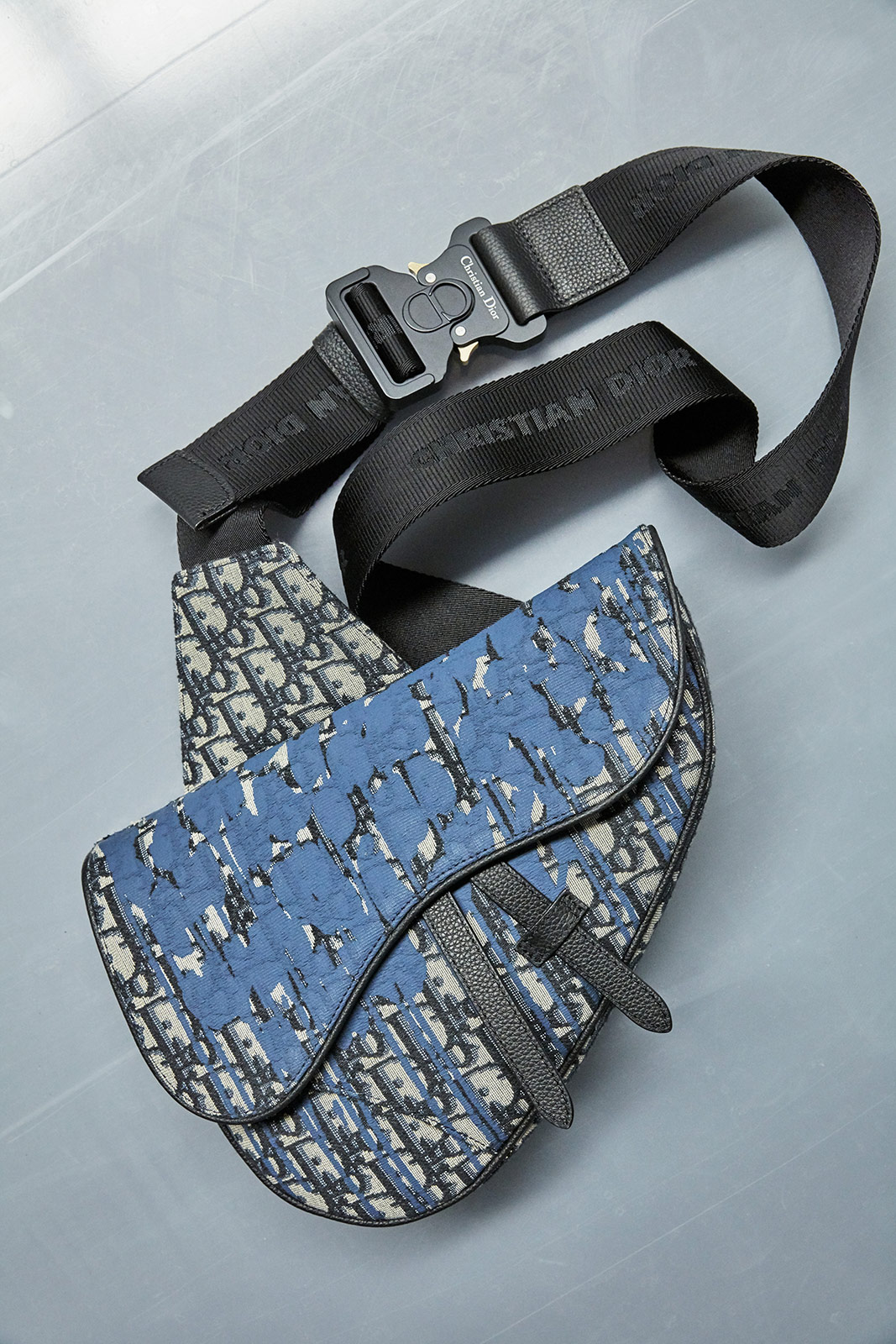 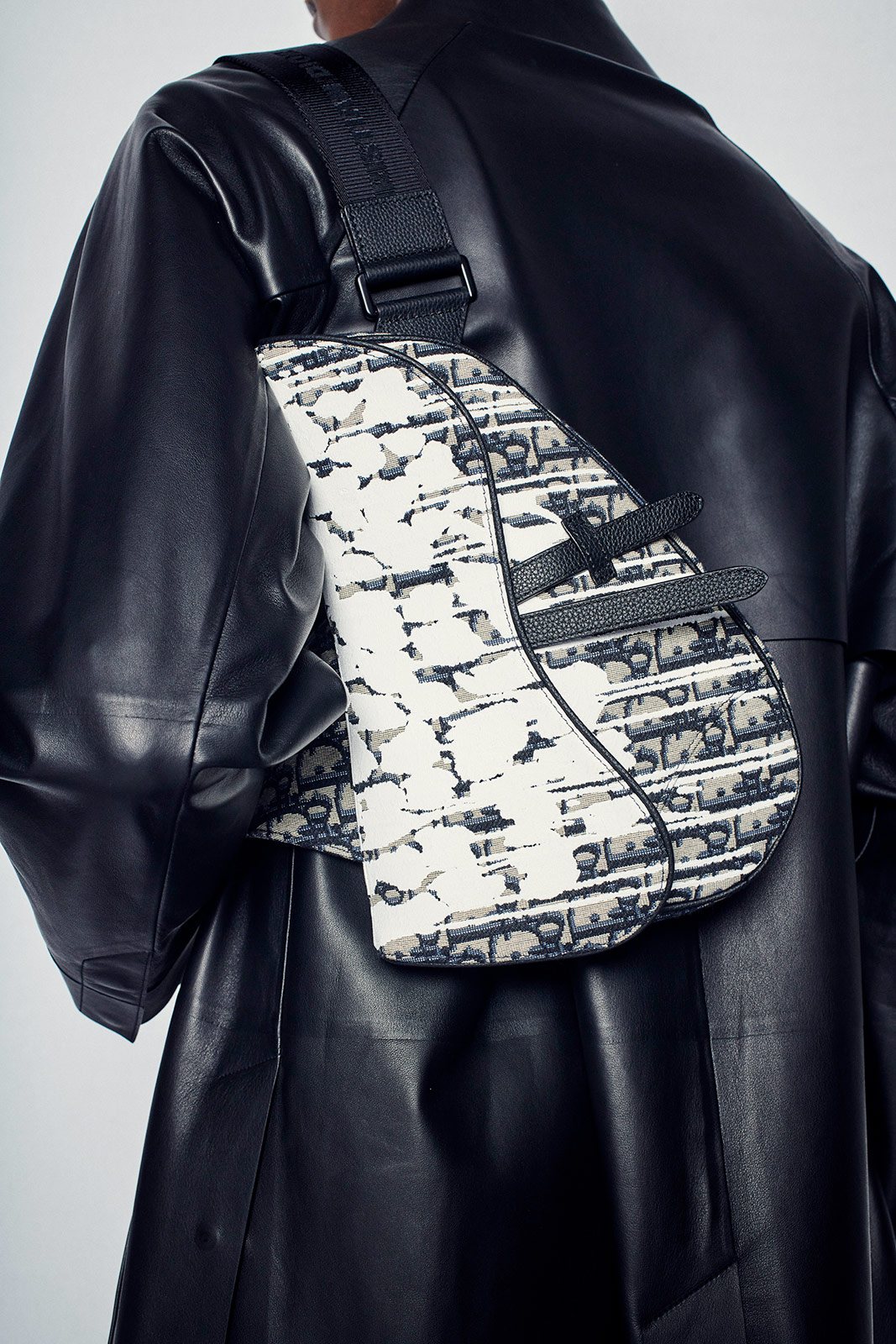 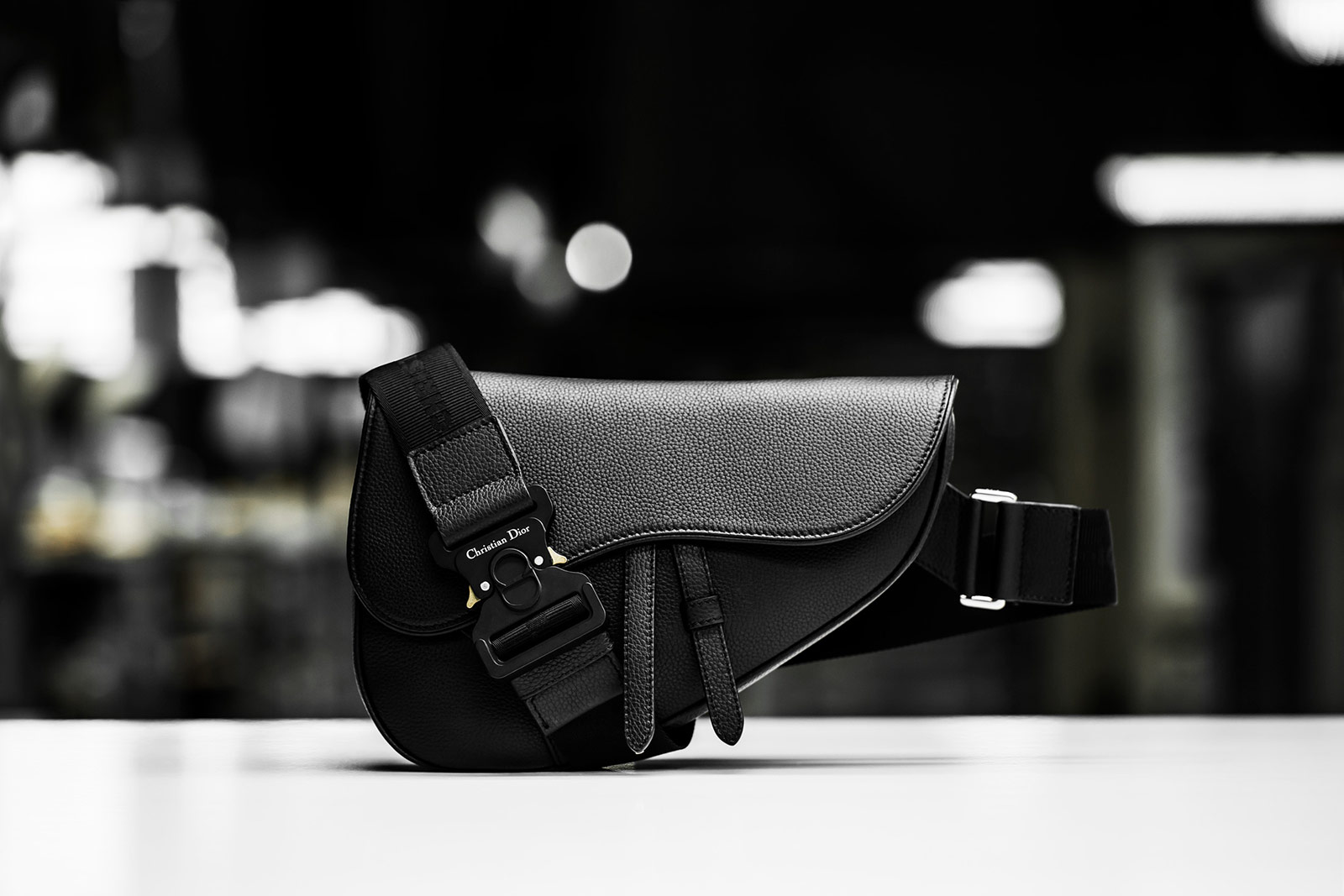