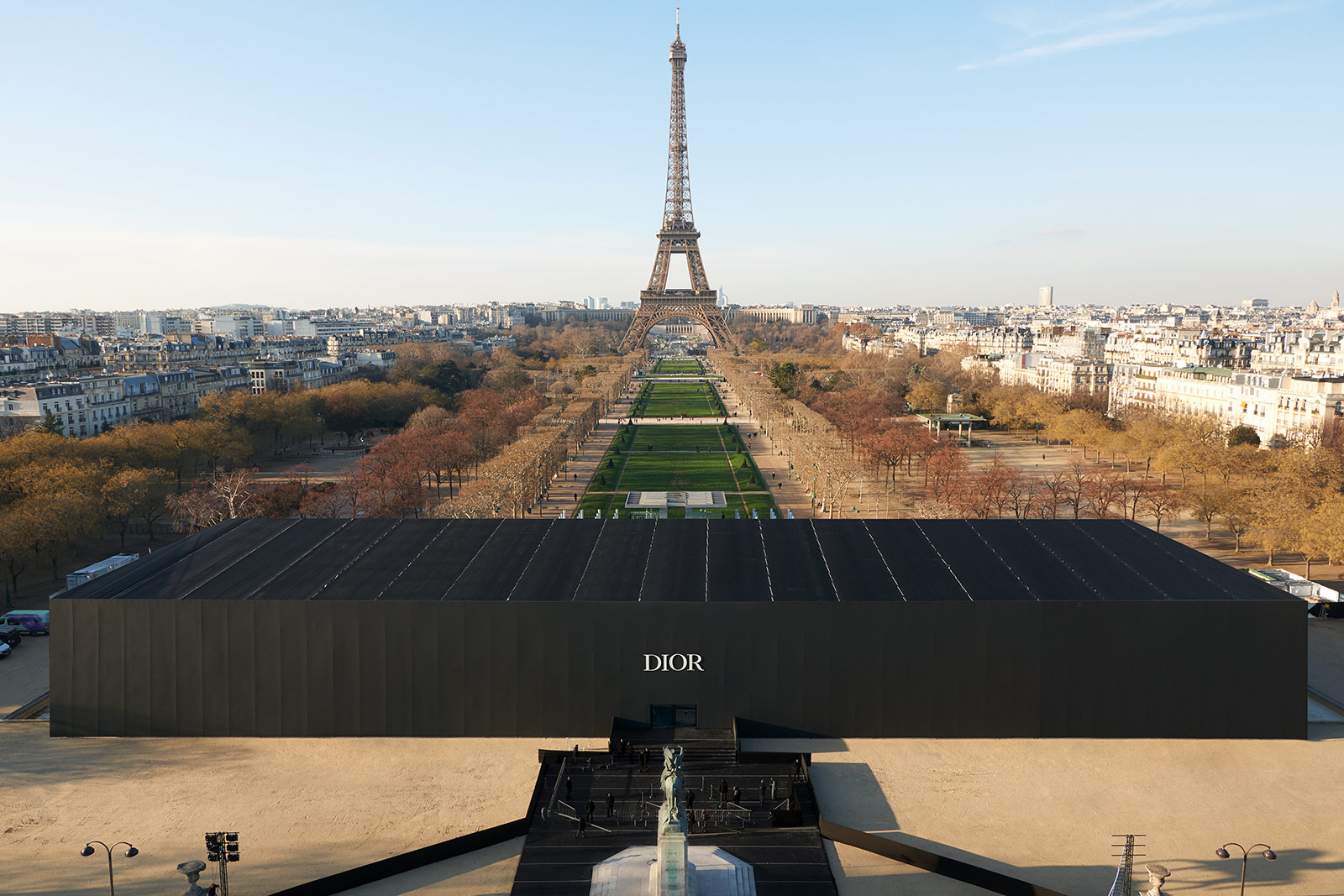 A 76-meter-long moving walkway welcomed the attendants of the Dior Men Winter 2019 show in Paris. Pretty unusual, right? Kim Jones idea for his newest presentation was to substitute the giant, almost monolithic statues of the previous two seasons (by Kaws and Hajime Sorayama) for the sculptural poses of the models – a nod to the traditional presentations of haute couture. So, instead of walking, they remained stiff, stoic, imperturbable. And the result paid off.
Even though the models became the ‘centrepieces’ of the show, Jones hasn’t distanced himself from his usual artistic collaborations. For the Winter 2019 presentation, instead of a massive statue, he commissioned American artist Raymond Pettibond (who’s responsible for album covers, concert flyers and other material for Sonic Youth and Black Flag, among others) to work on drawings that have been turned into prints, hand-embroideries and knits – one of them resembling Da Vinci’s Mona Lisa, and another one being a reinterpretation of Dior’s print punk panthère.

But the main highlight of the show was the subtle combination of traditional masculinity with traditionally feminine elements. In a time when fluidity is a keyword to understand the world, Jones masterfully merges the masculine with the feminine in sartorial pieces (double-breasted coats and tailored jackets) that incorporate draped panels of fabric/stoles that button inside of a lapel, wrap the body, and elegantly fall on a side (like a sash) – another nod to haute couture and the maison’s rich past and heritage.

As for the rest of the collection, Kim Jones has kept monsieur Dior’s tradition alive and updated: in addition to the abovementioned drapery, he also used a soft and mainly neutral colour palette (ranging from dark tones such as black, navy and brown to more pastel hues such as pale blue, lilac and pearl grey); animal prints (leopard and tiger); rich and luxurious materials (silk satin, cashmere, and patent leather); and architectural tailoring (with techniques like the asymmetrical tailleur oblique on jackets and coats).

It’s in the accessories, maybe, that Jones has risked more, adapting the successful Saddle bag (relaunched months ago in a very viral, digitally-focused campaign) and translating it into a more masculine cross-body style. As a curiosity, the ‘saddle’ has also become a pocket on opera-length gloves (a risky bet for men that we hope to see on red carpets and fashion week events). Other rather unusual accessories include utilitarian cases for today’s everyday life electronics (to carry your iPhones, basically) with Pettibon-printed plexiglass; or the black leather boots, which feature nylon gaiters. 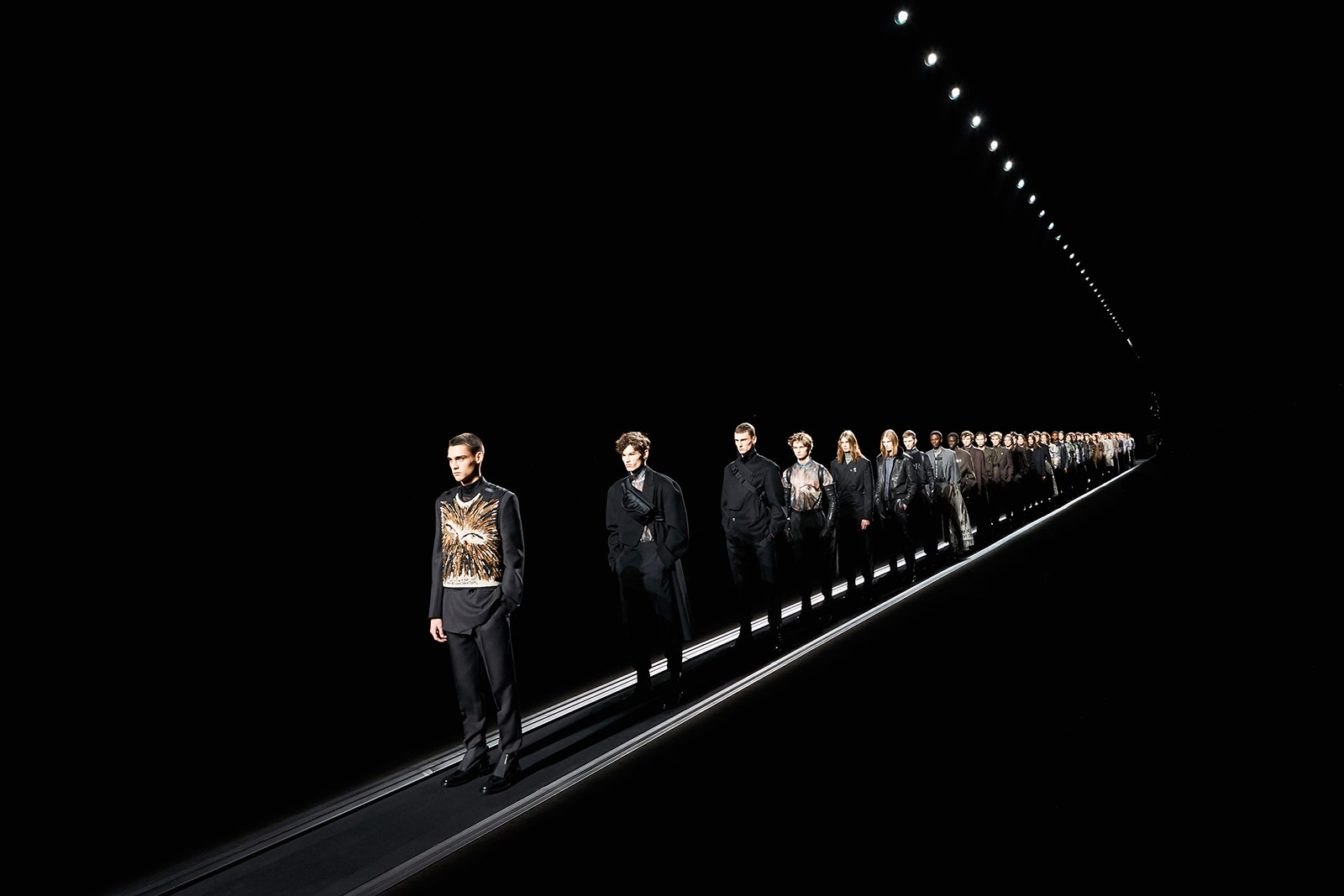 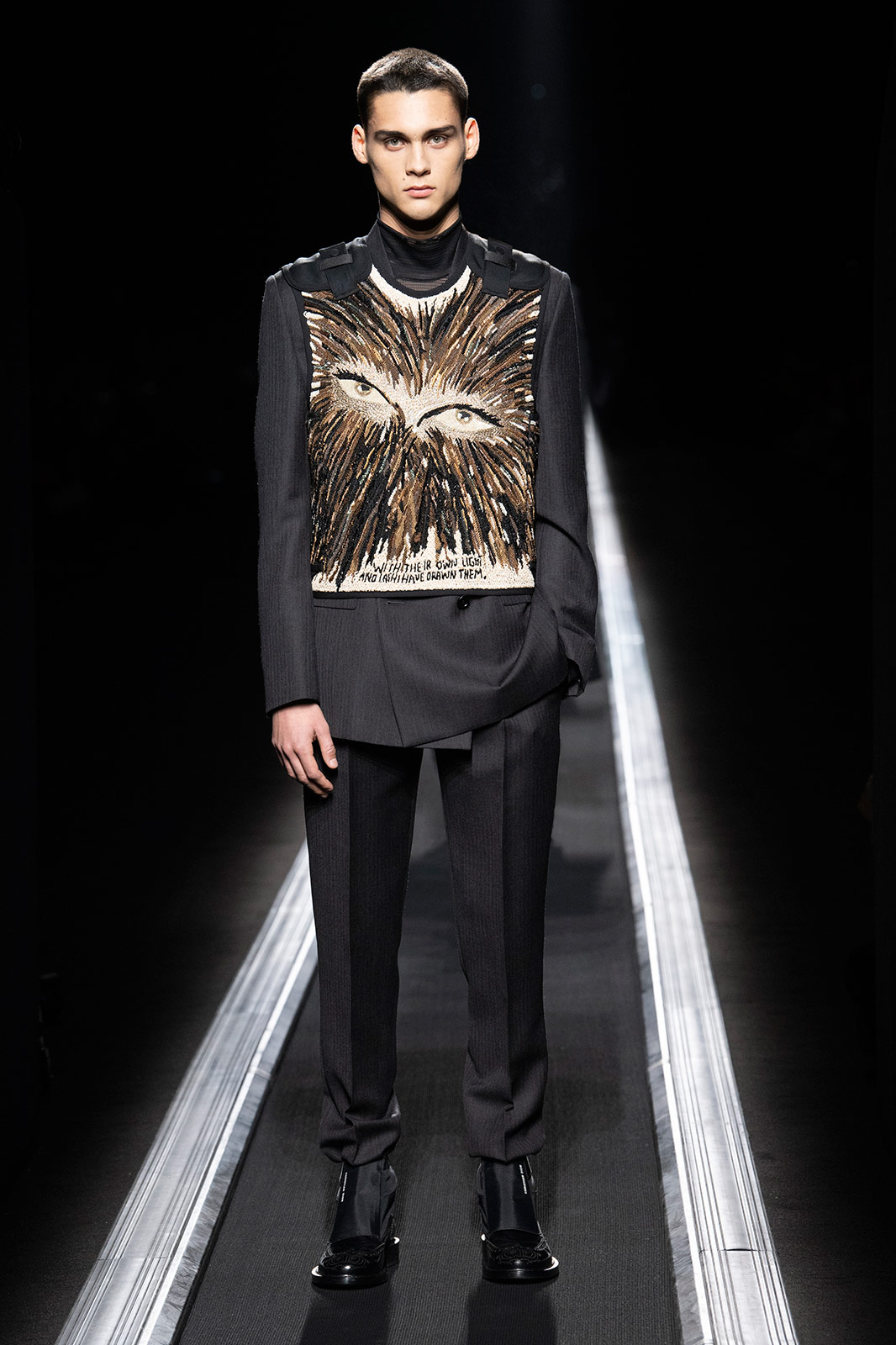 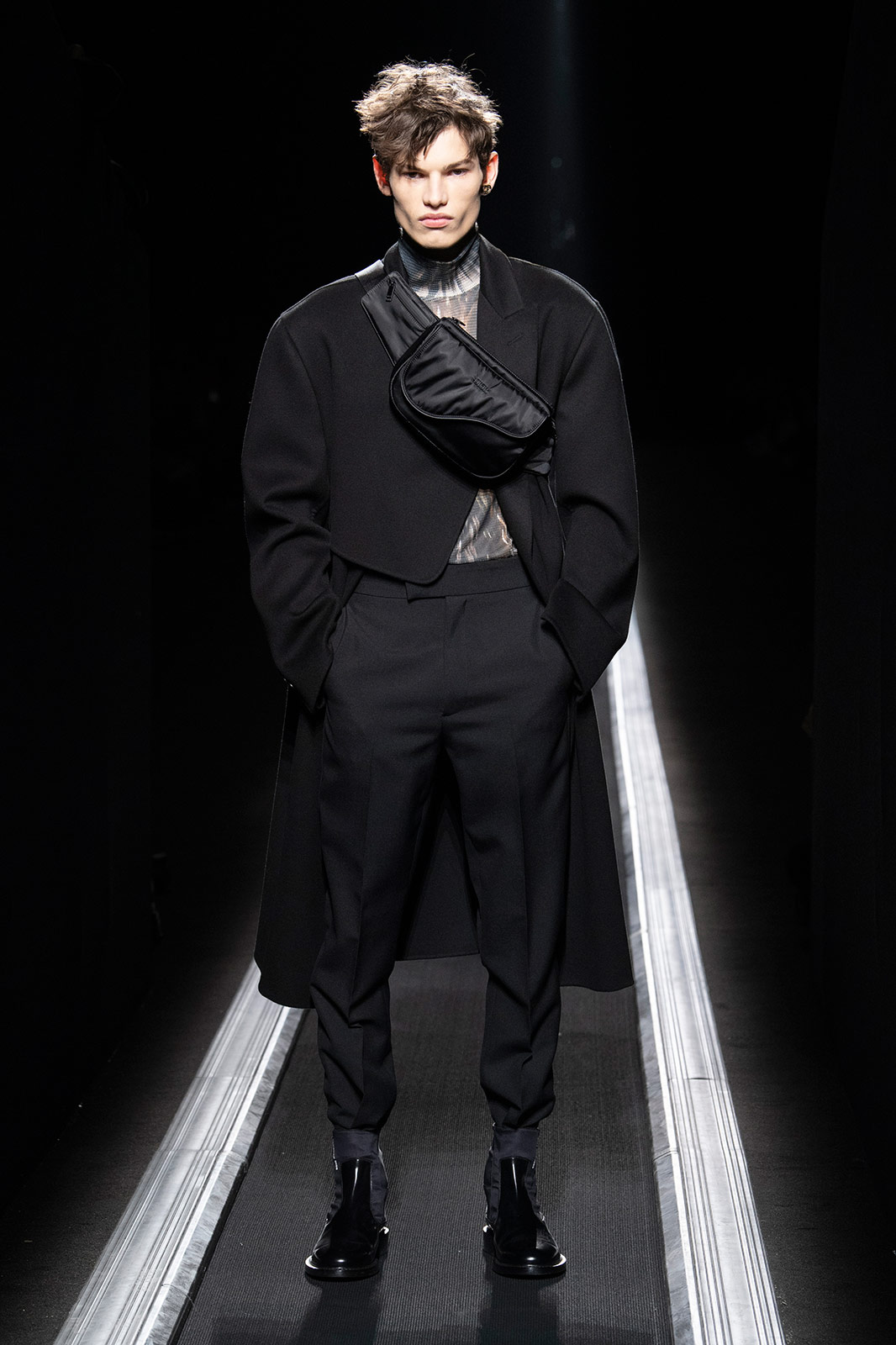 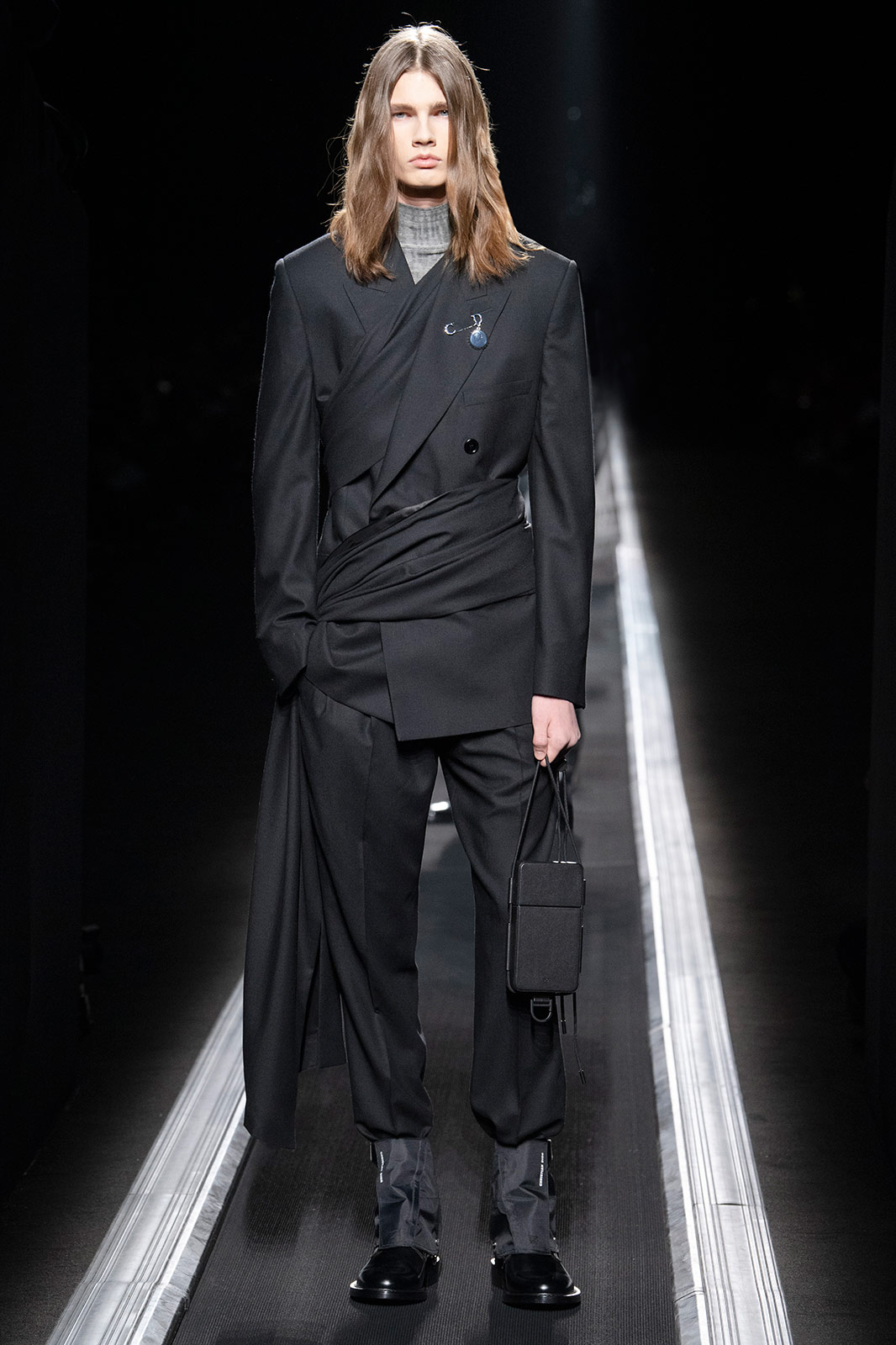 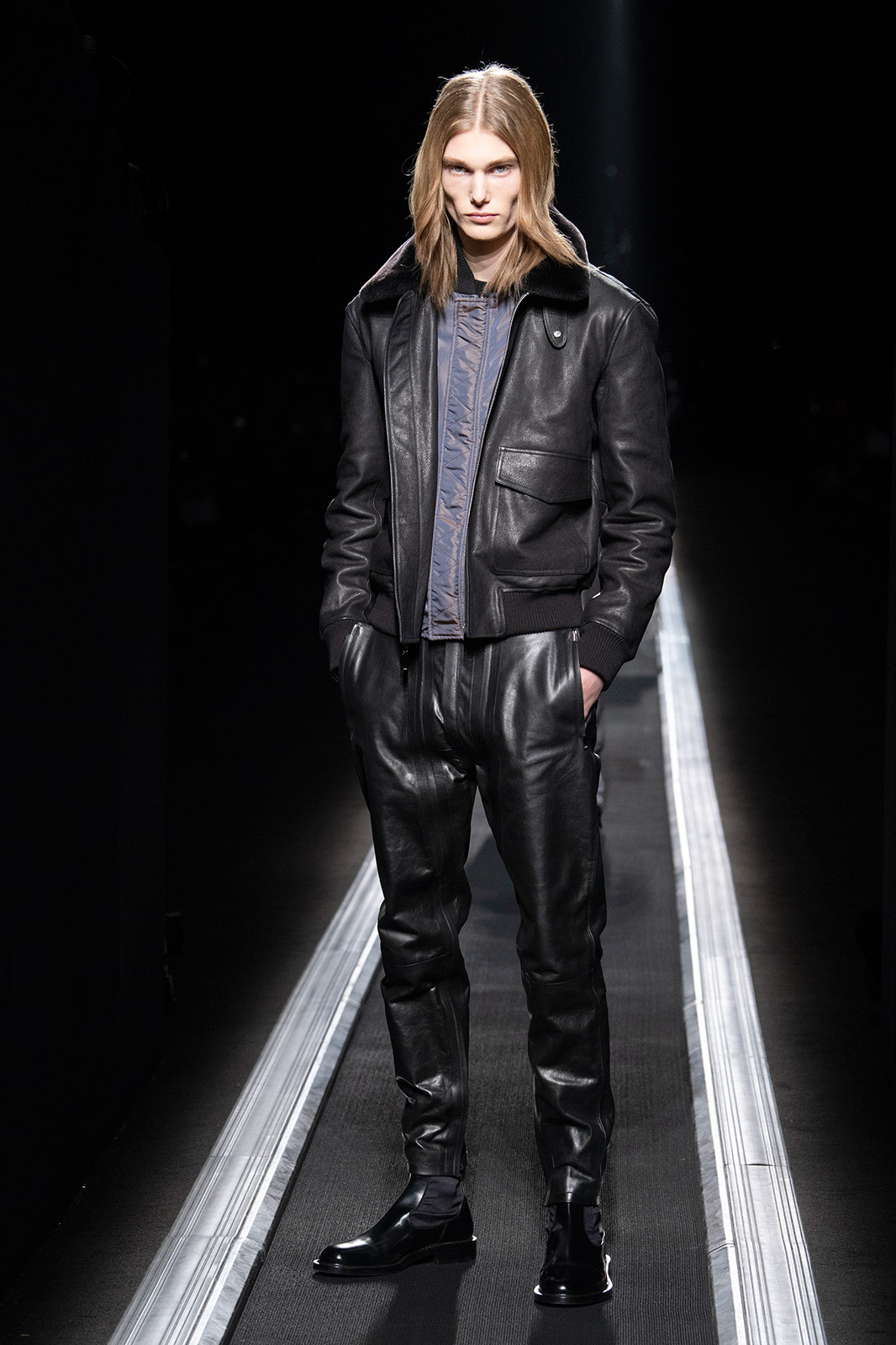 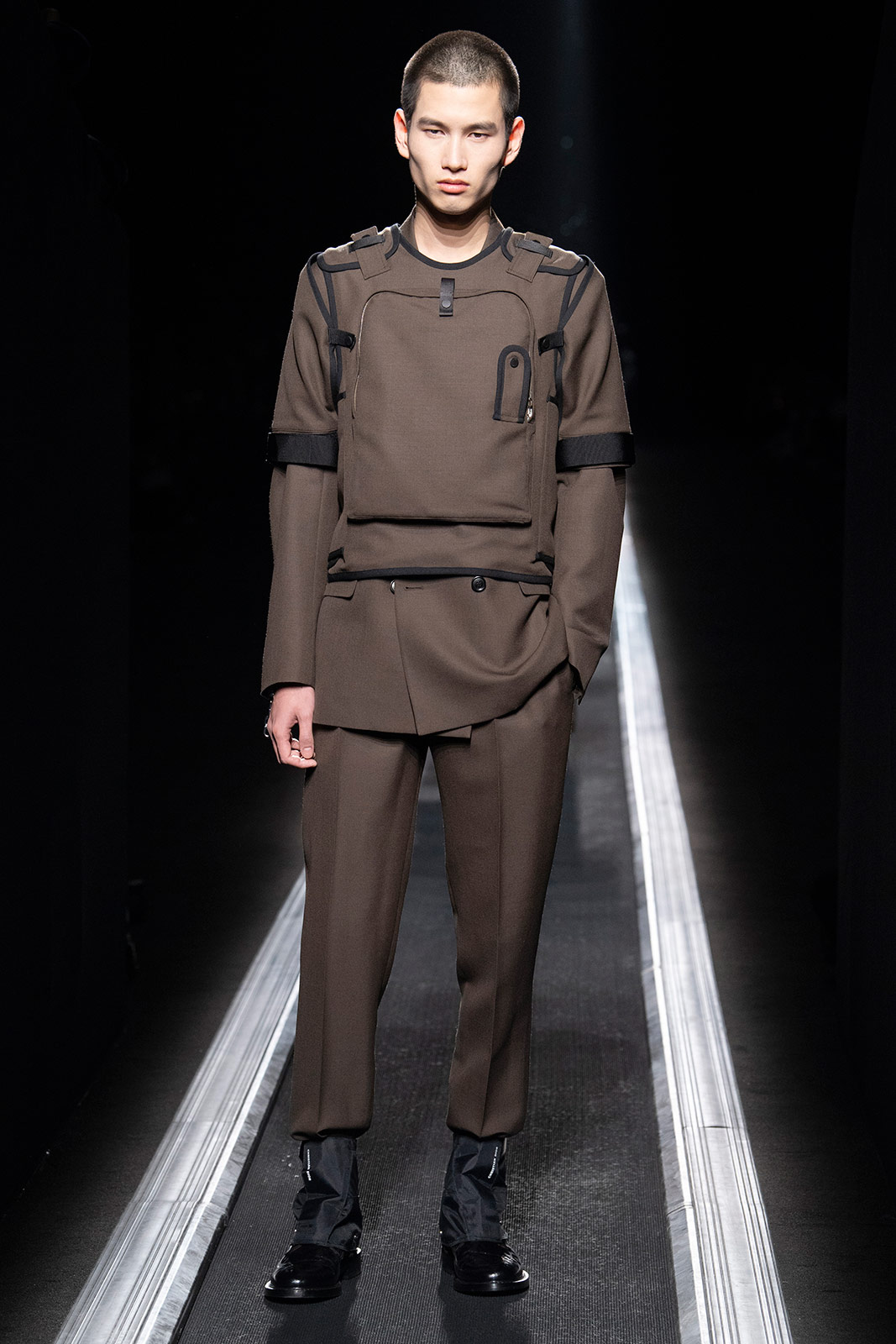 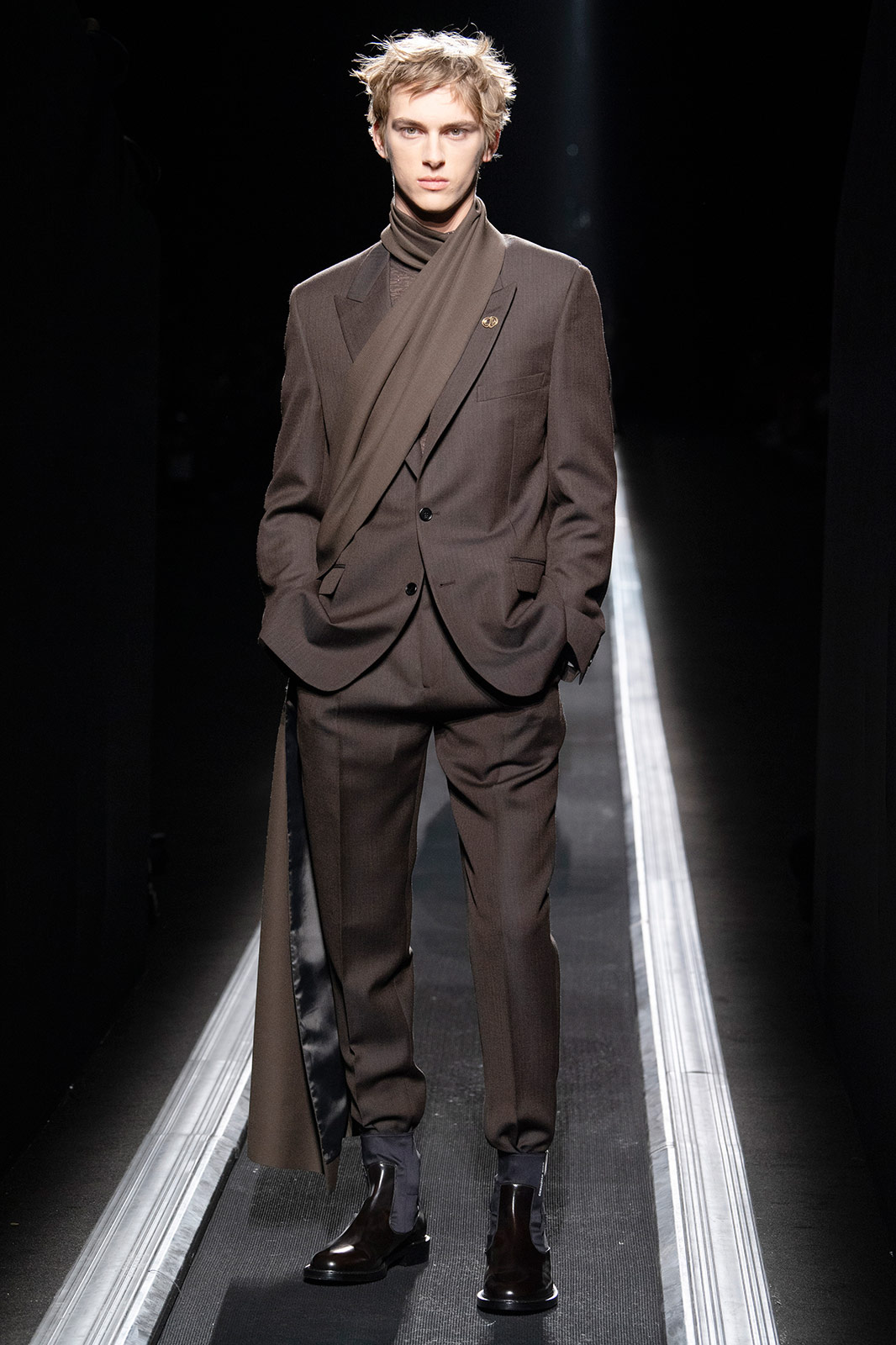 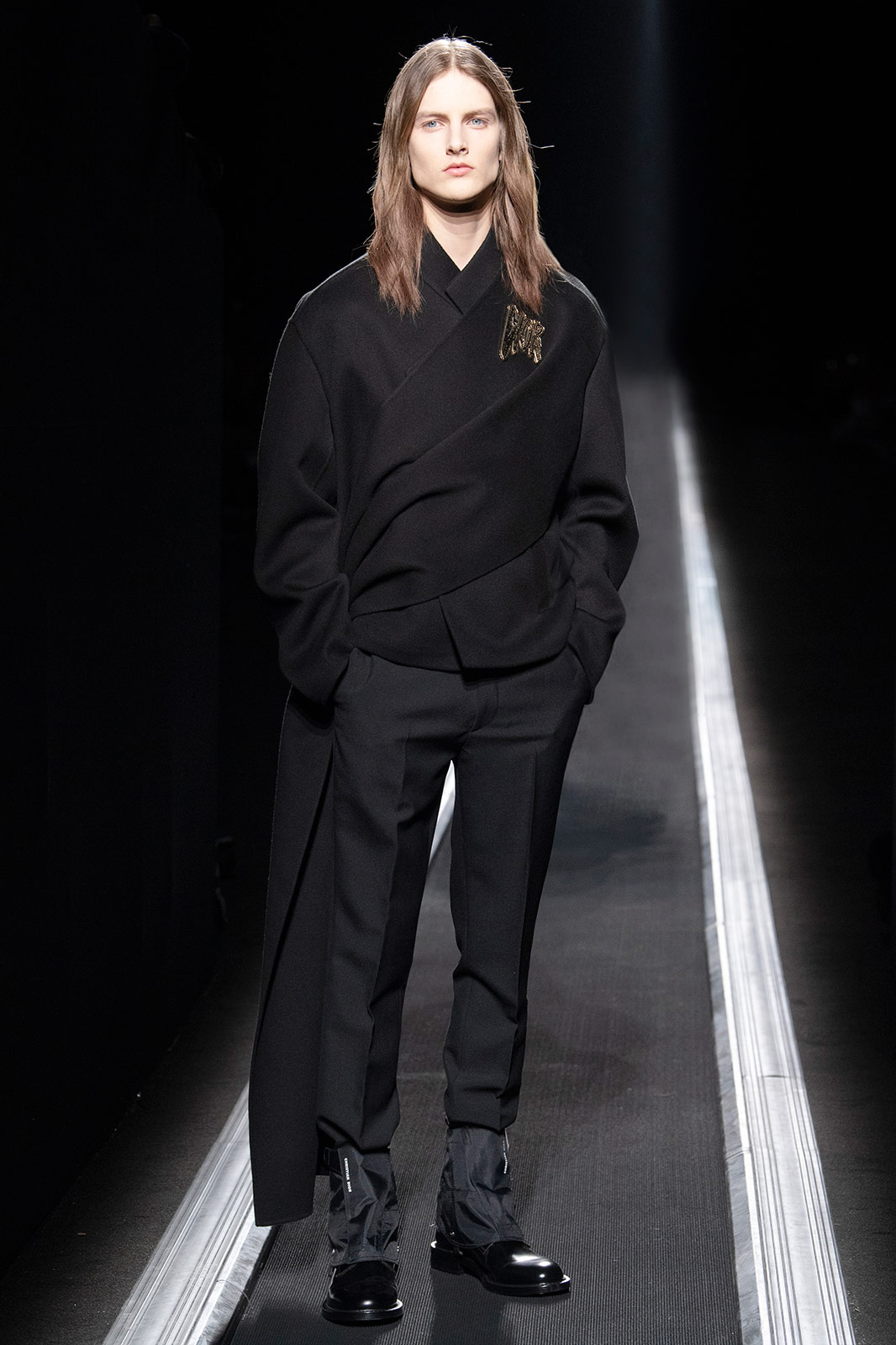 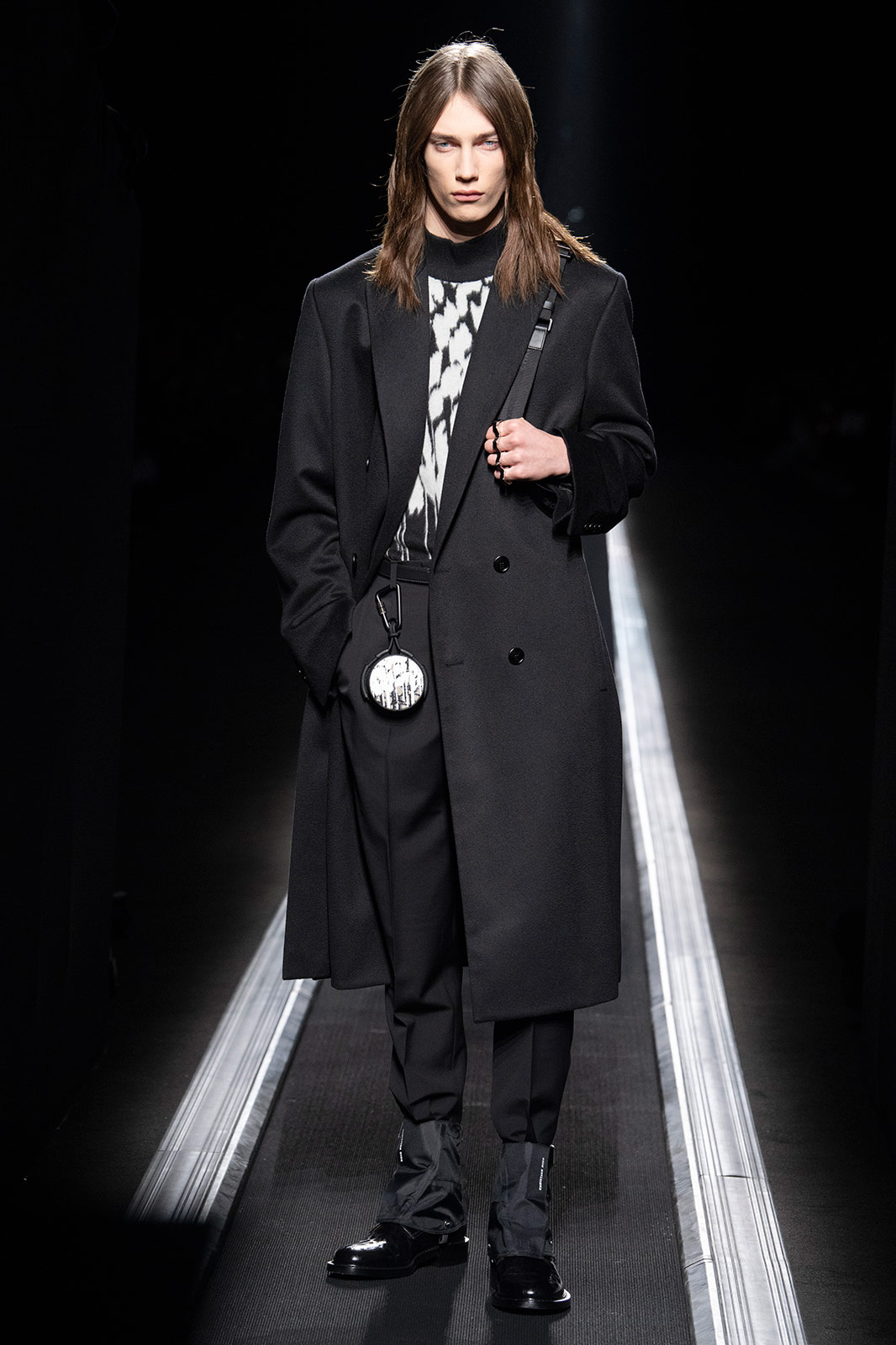 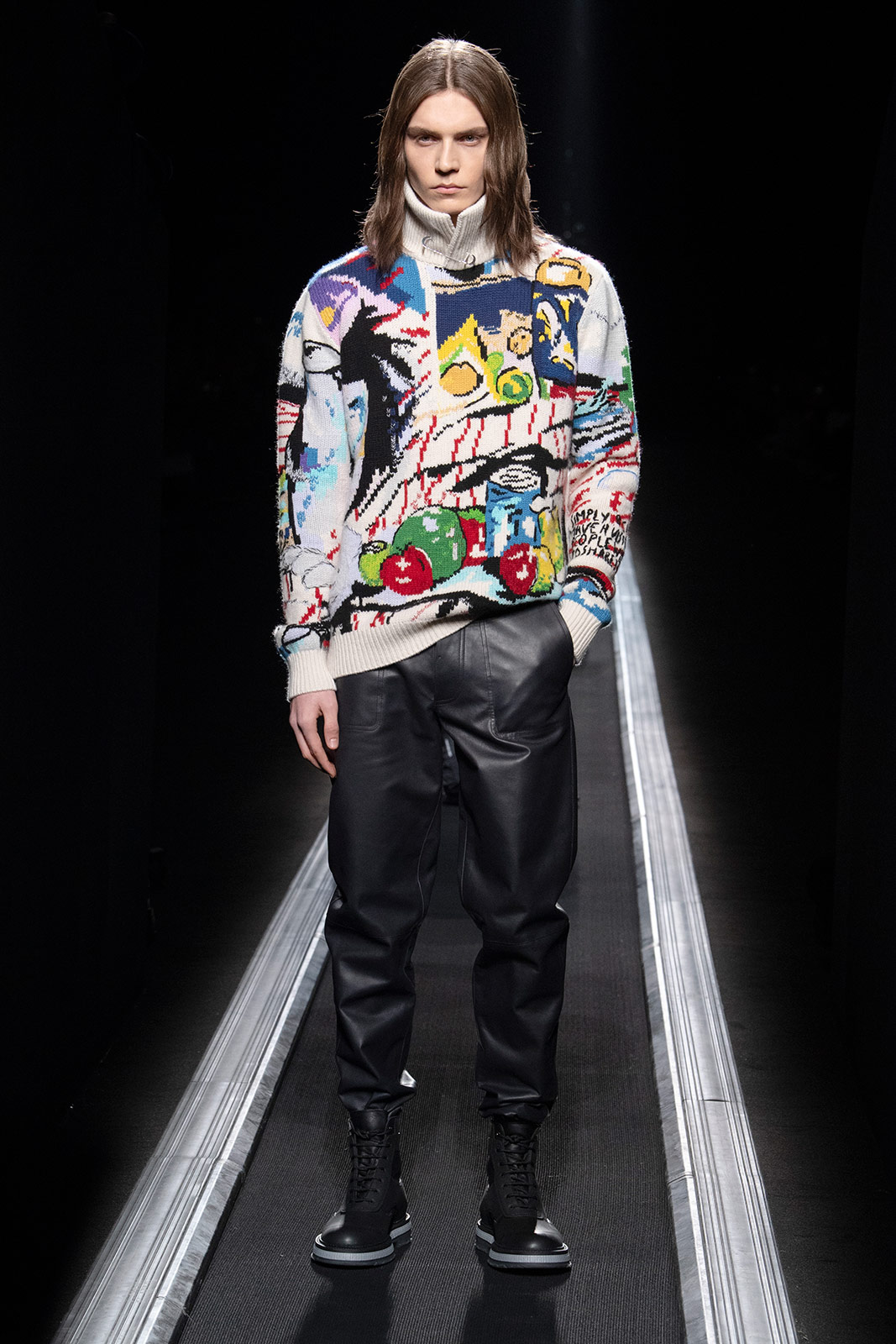 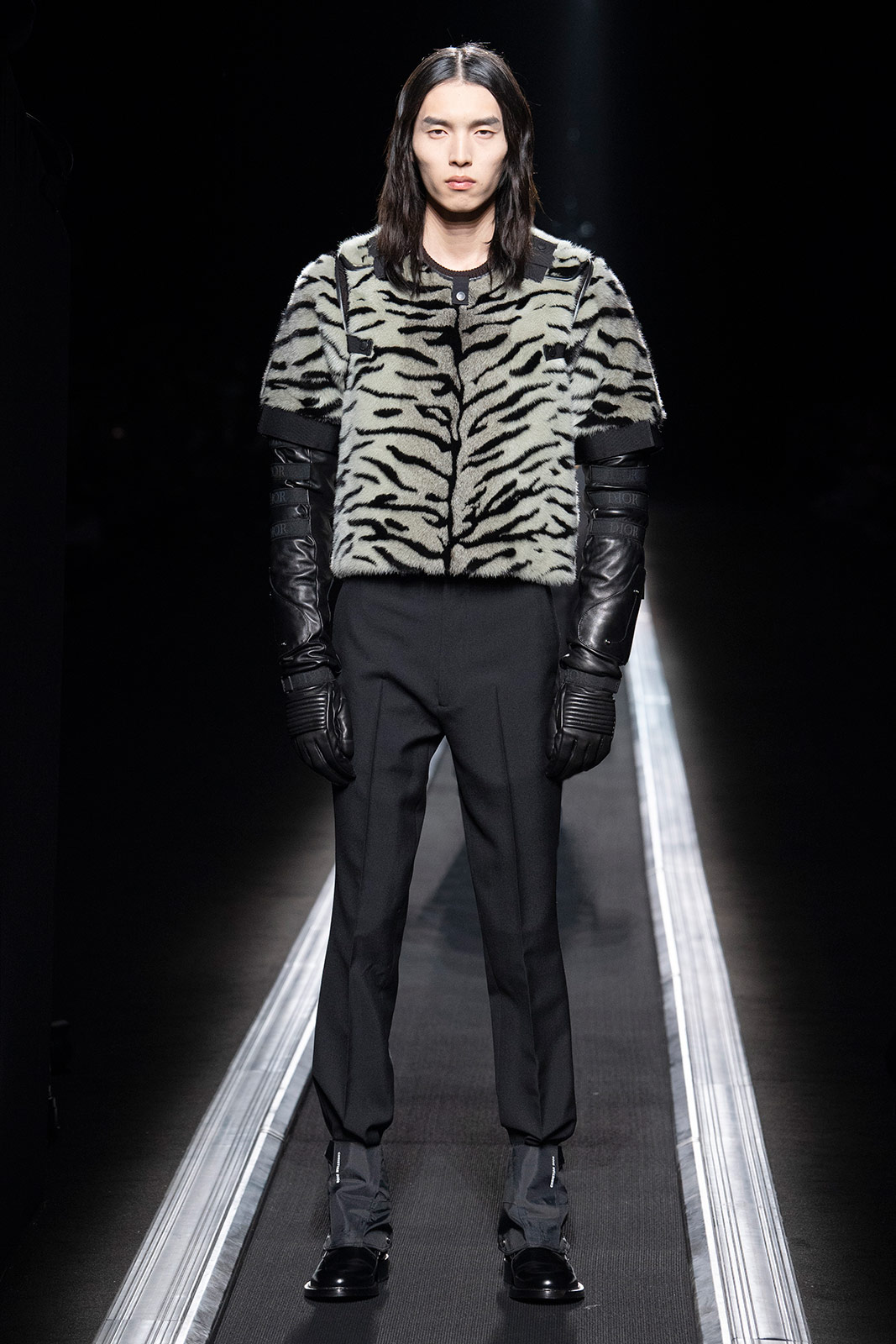 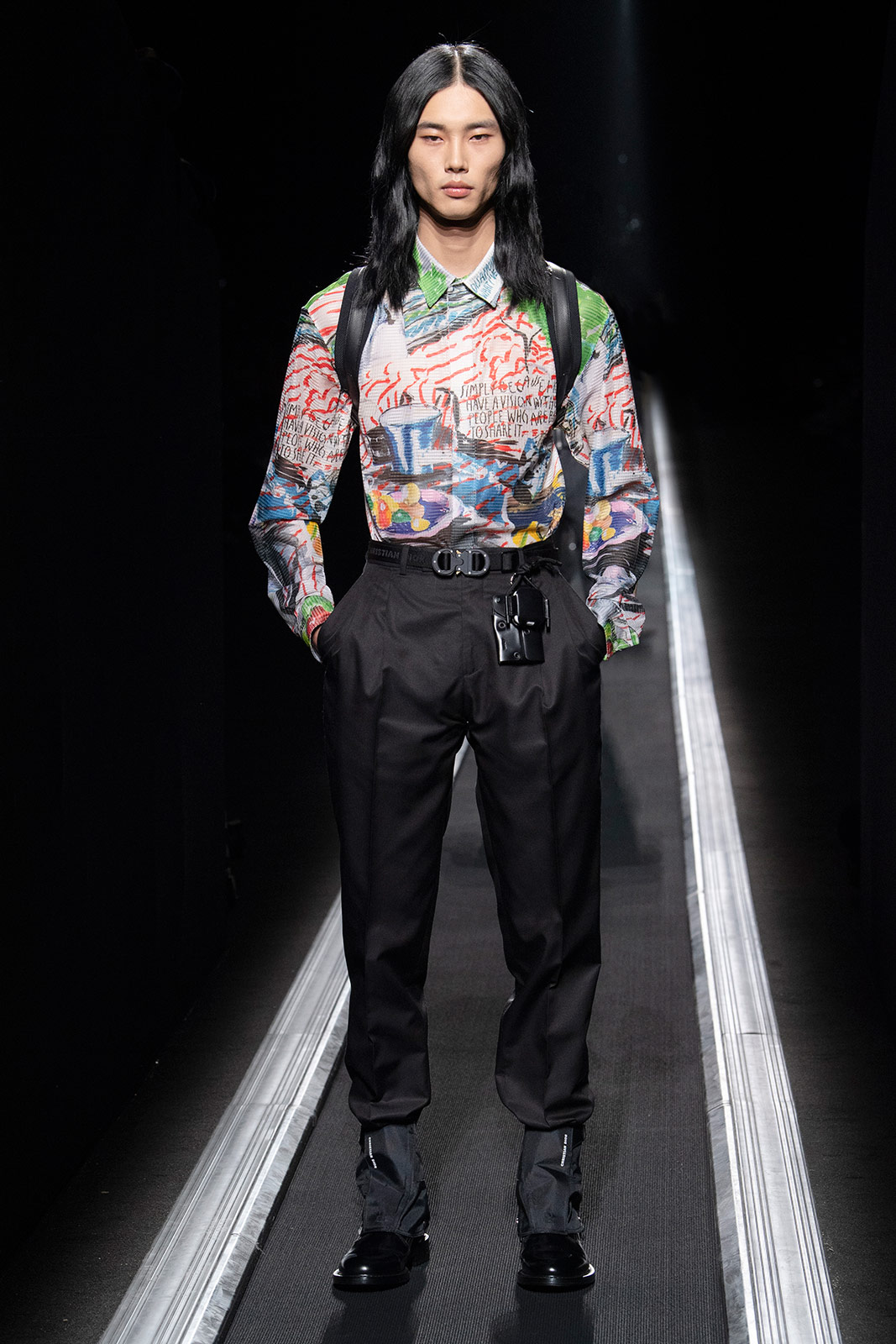 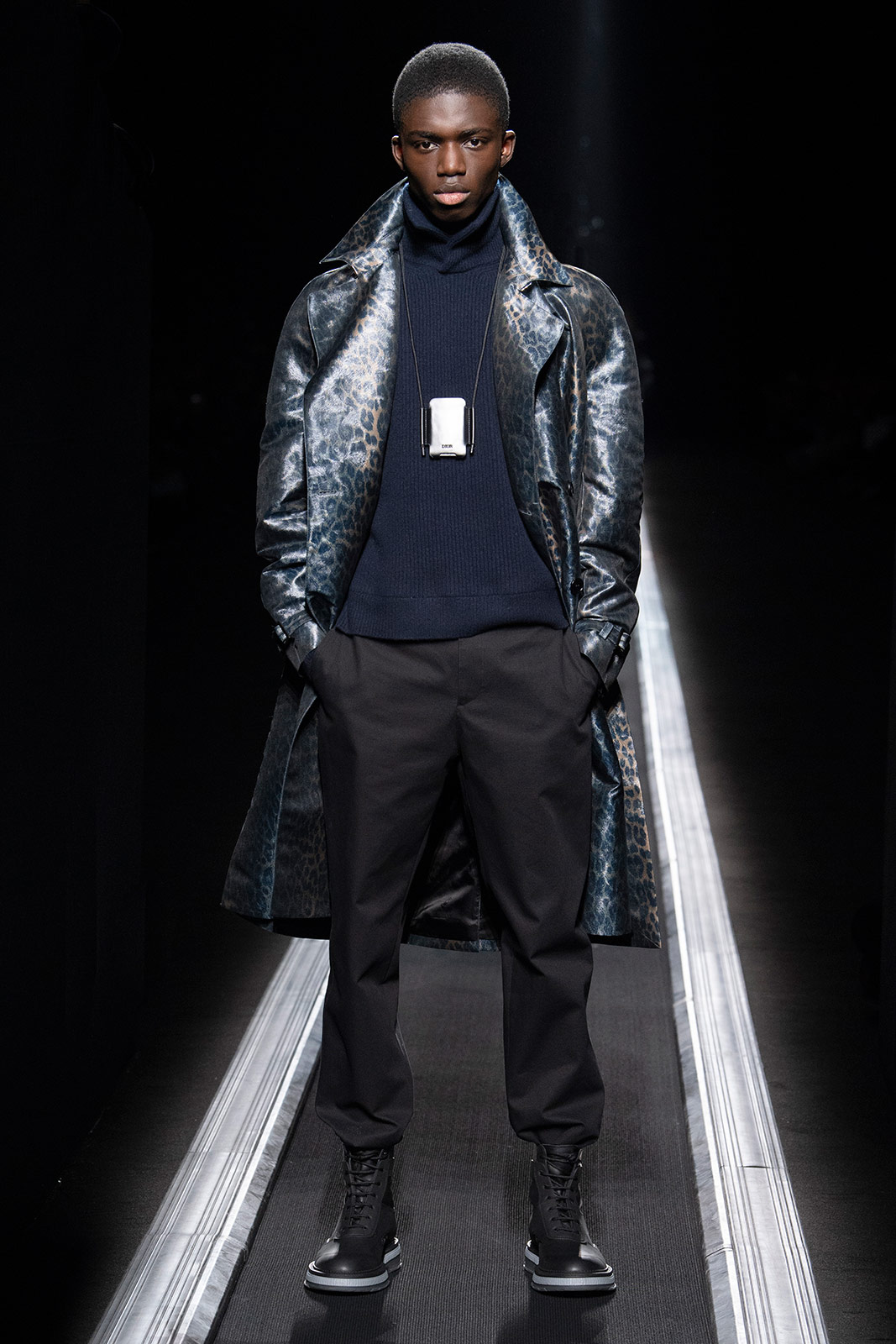 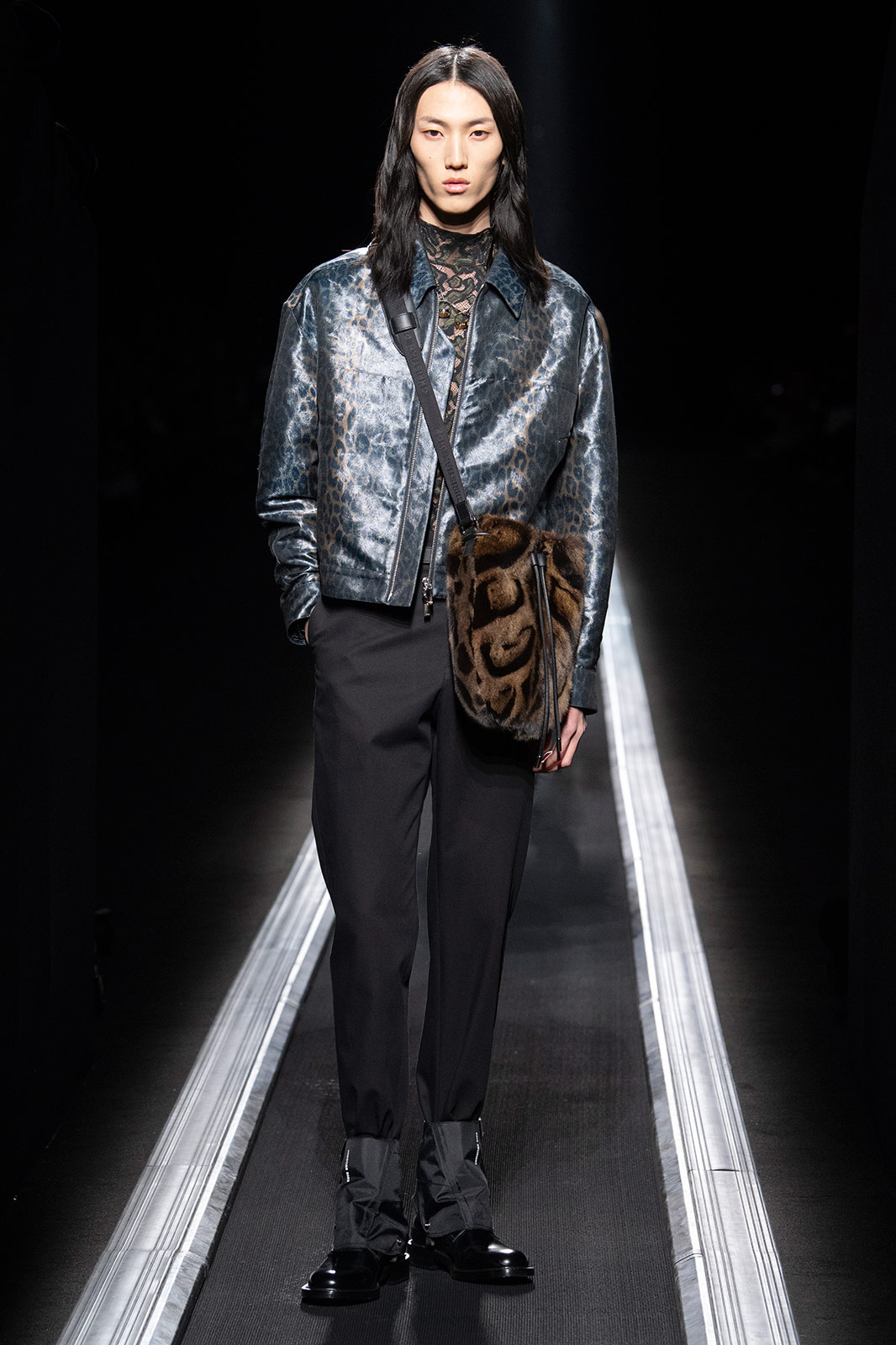 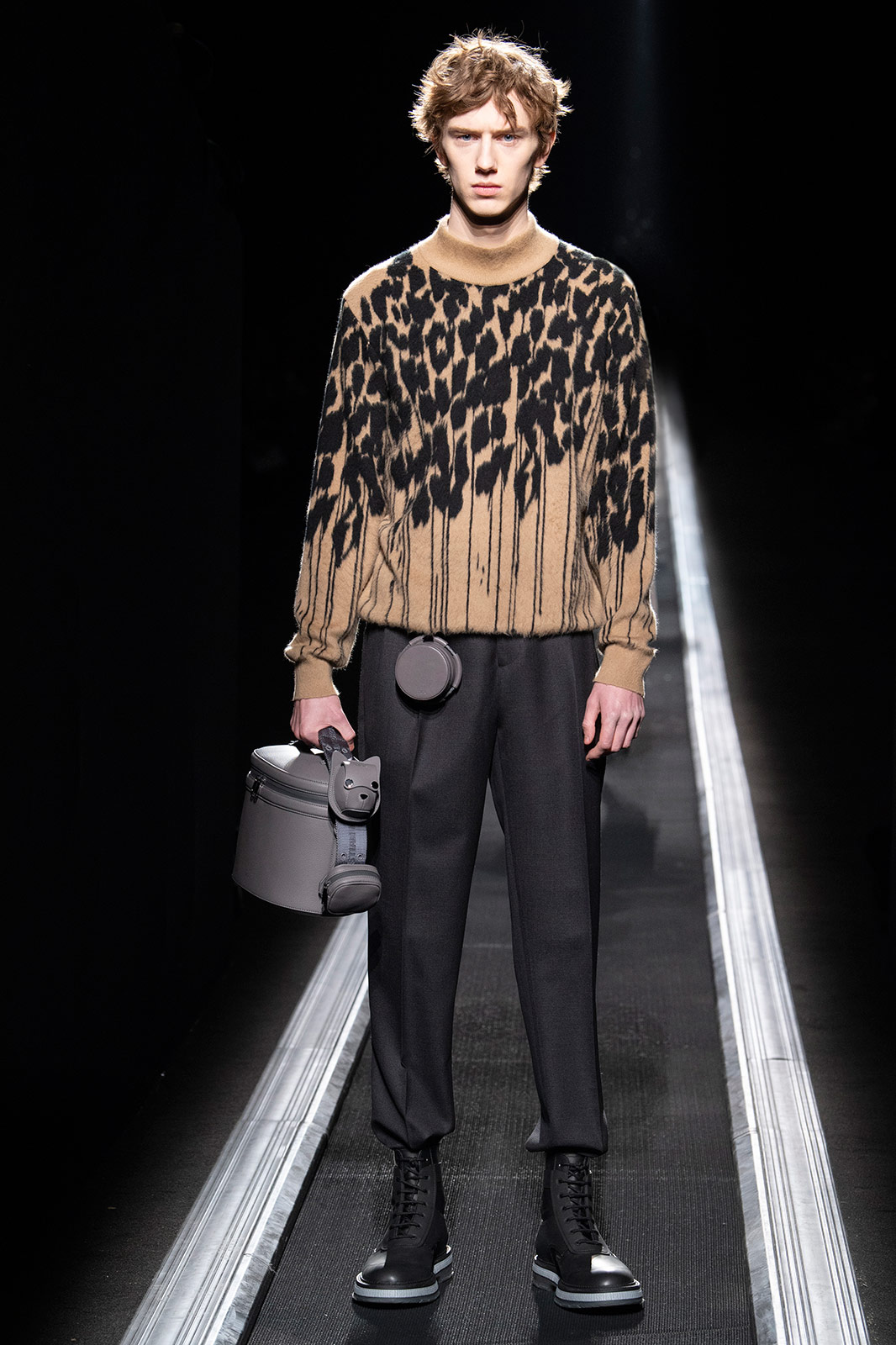 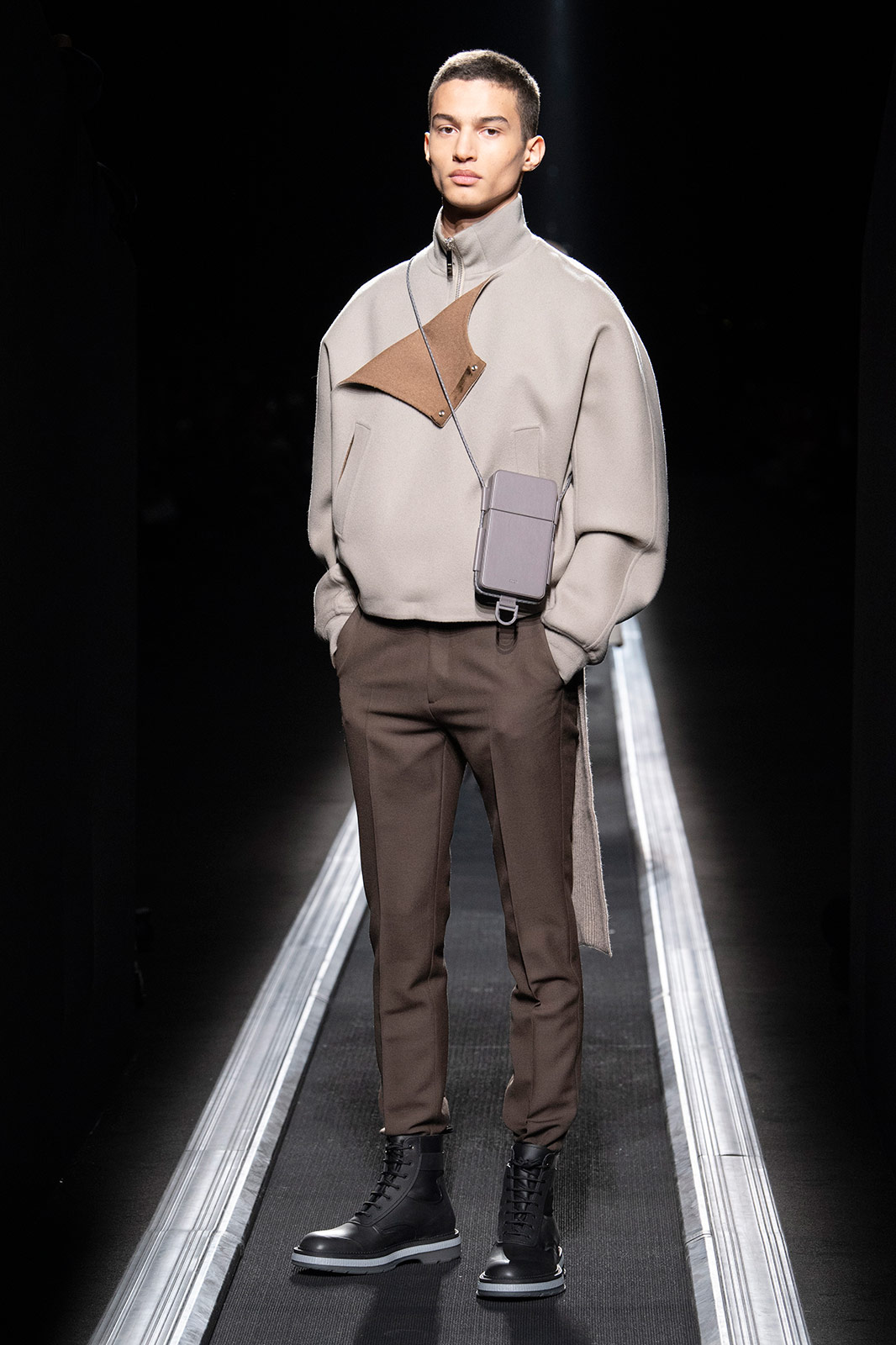 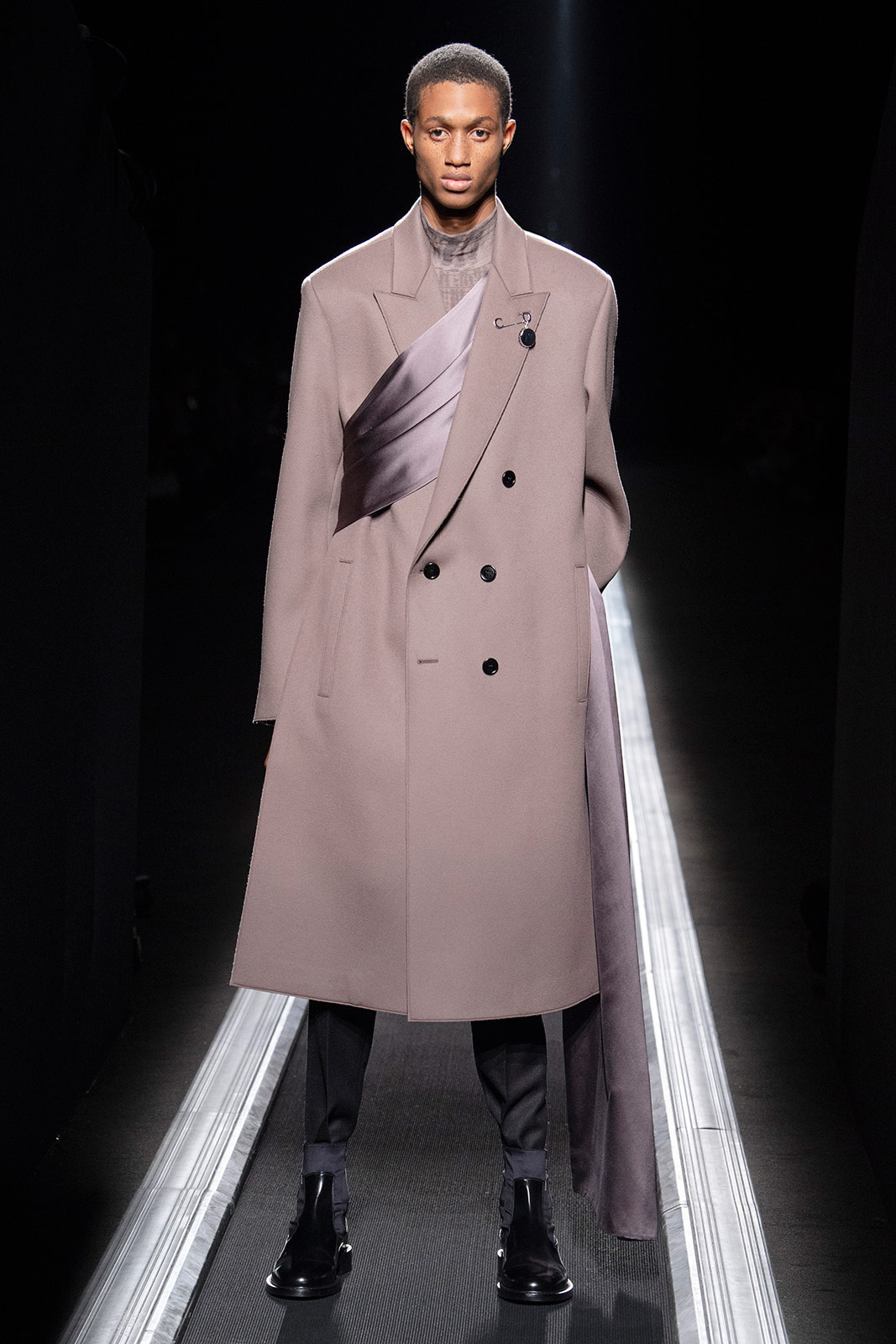 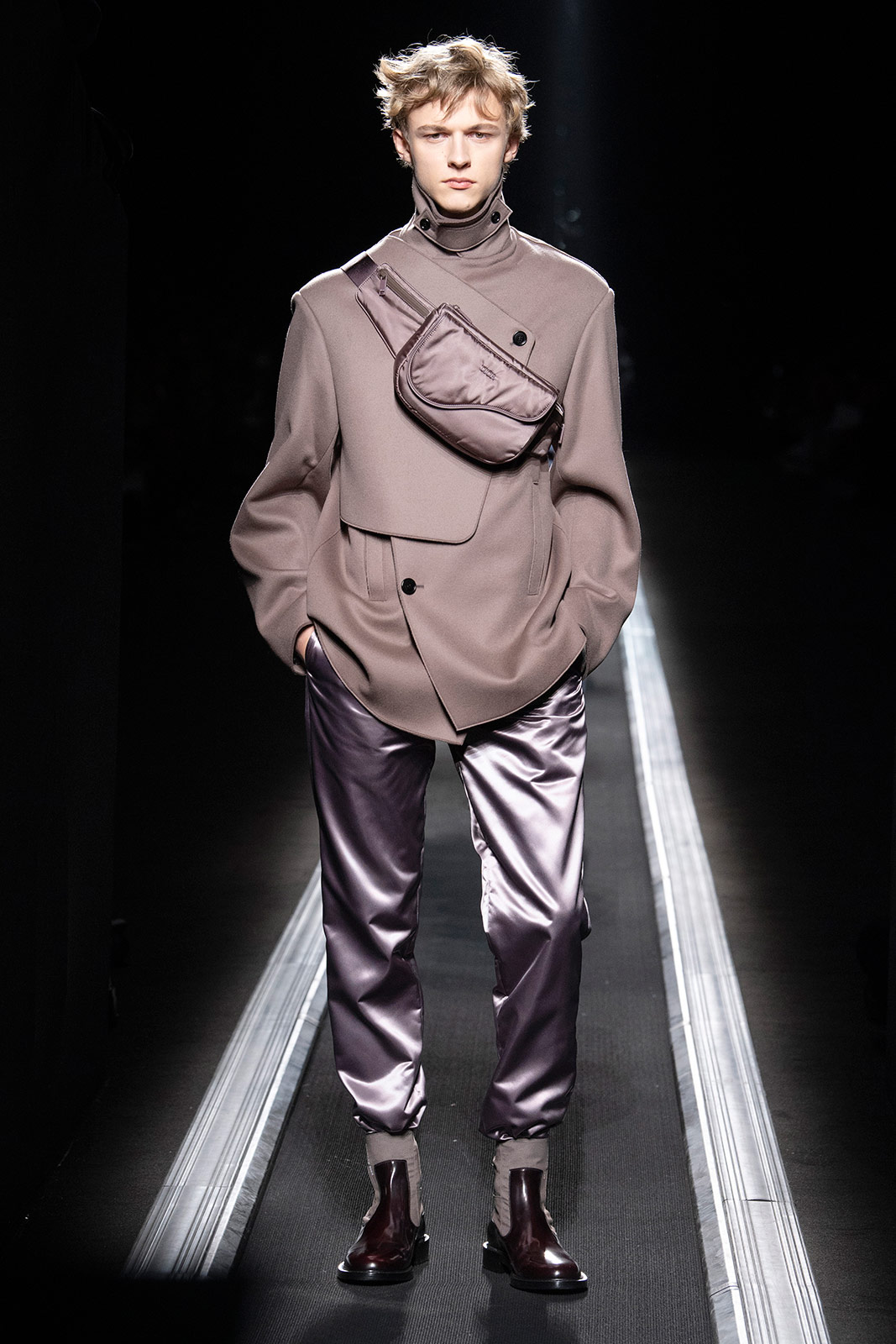 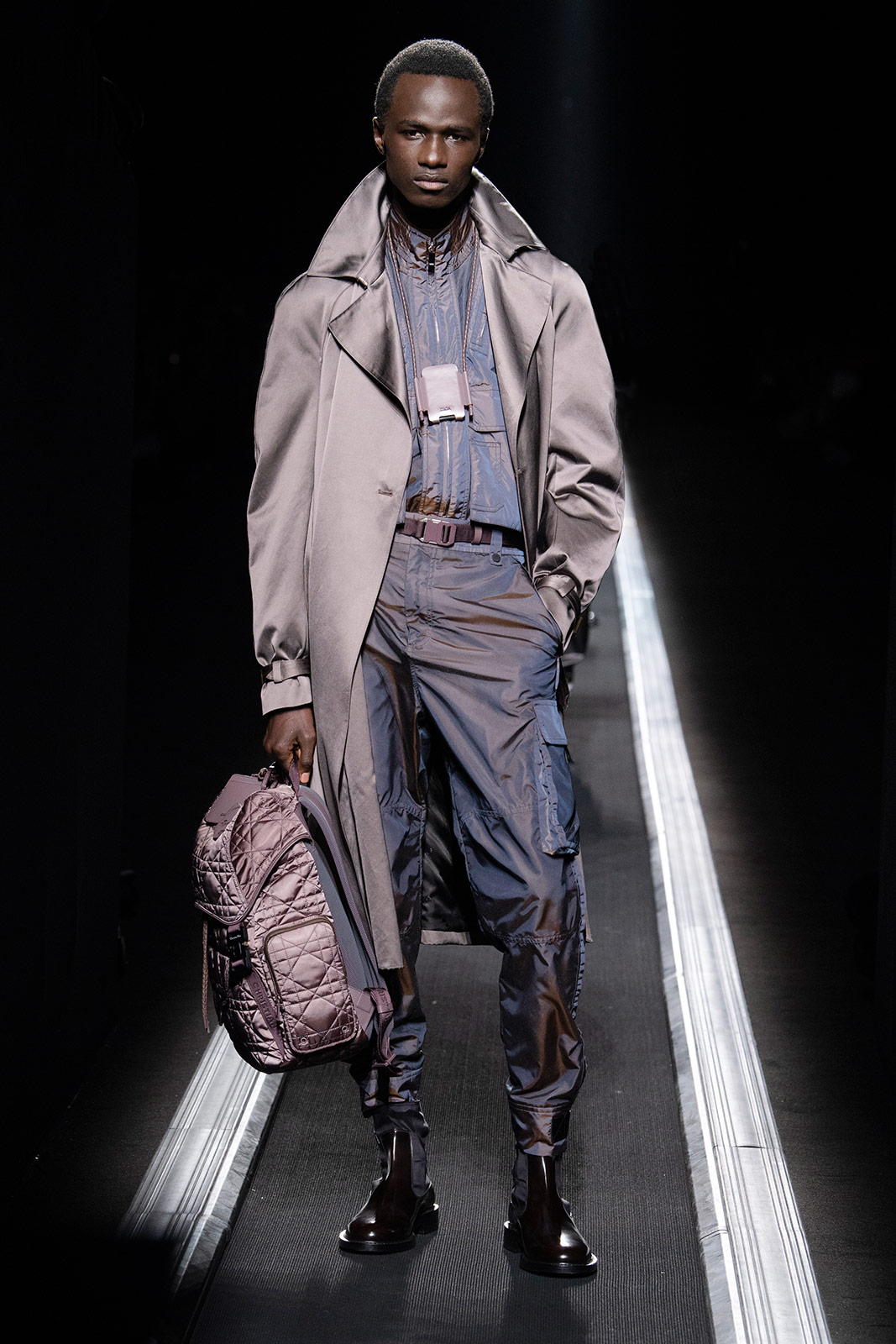 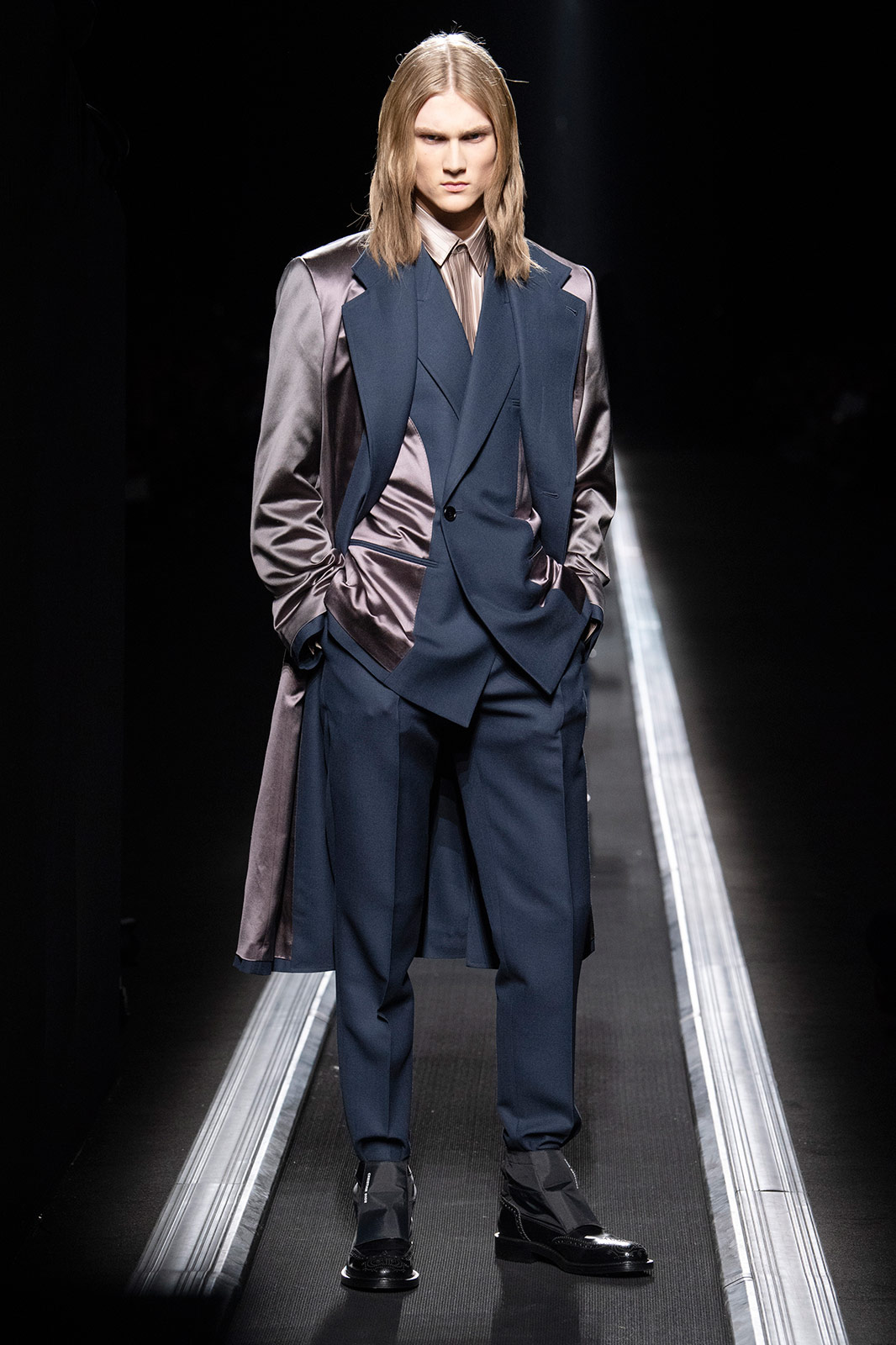 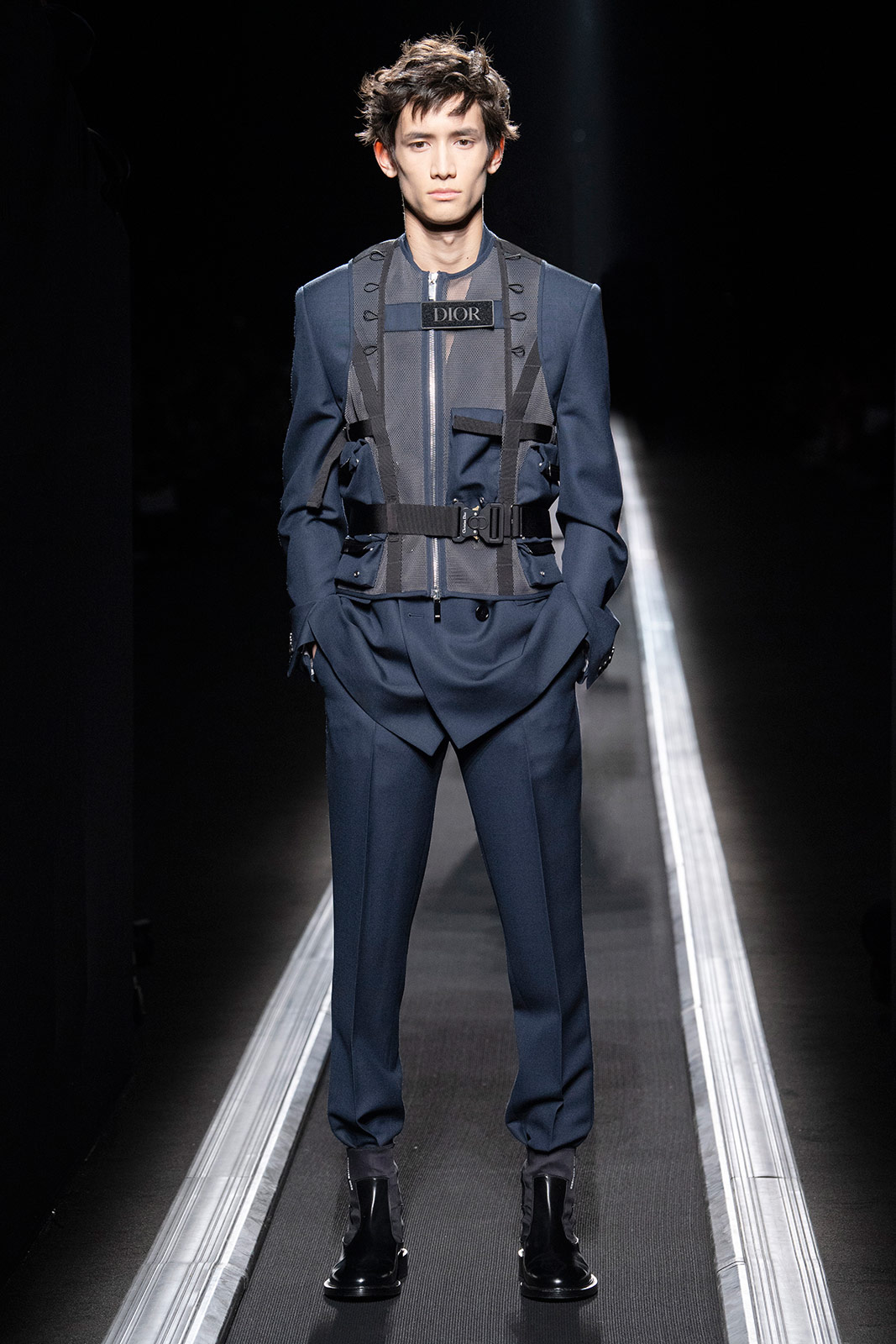 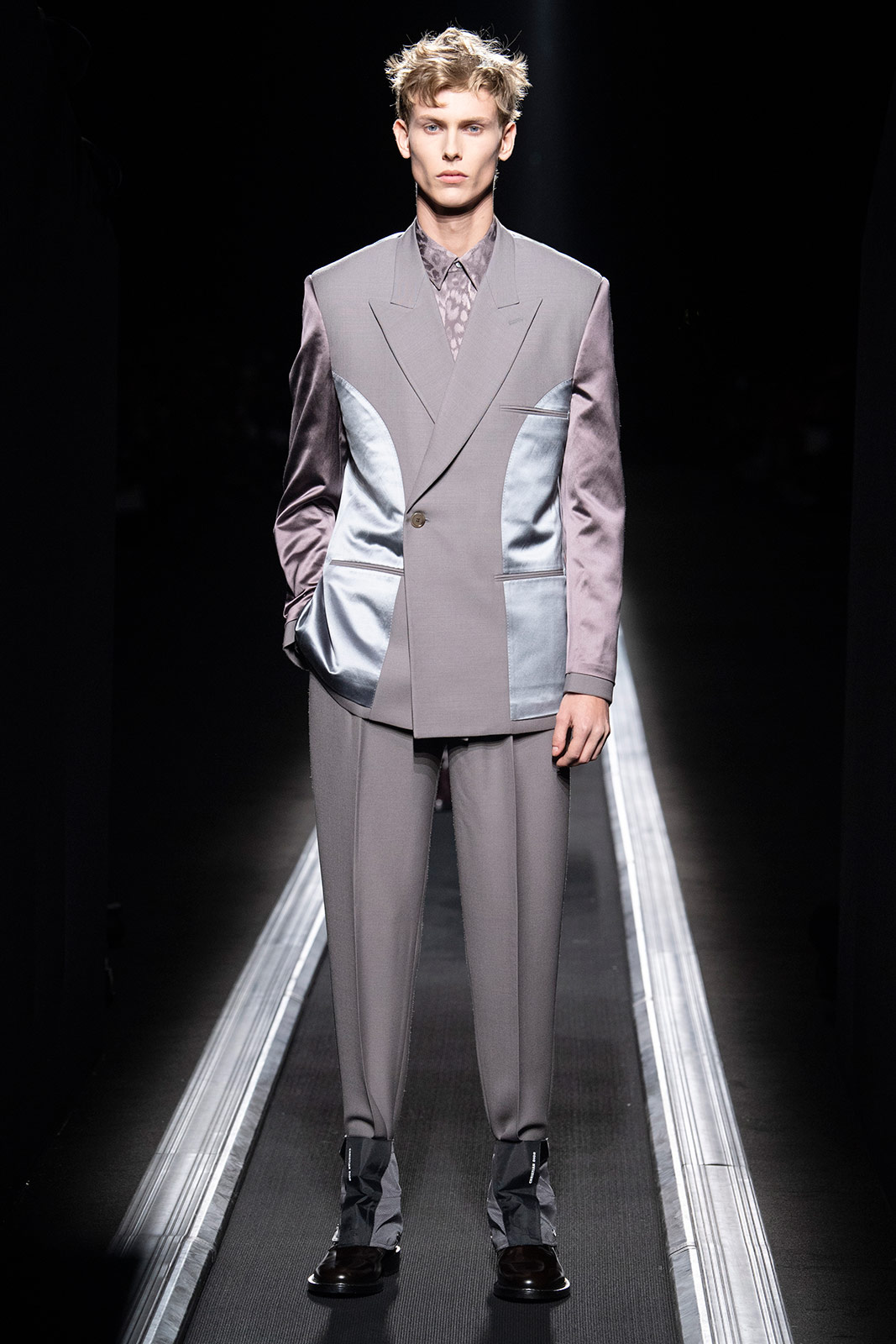 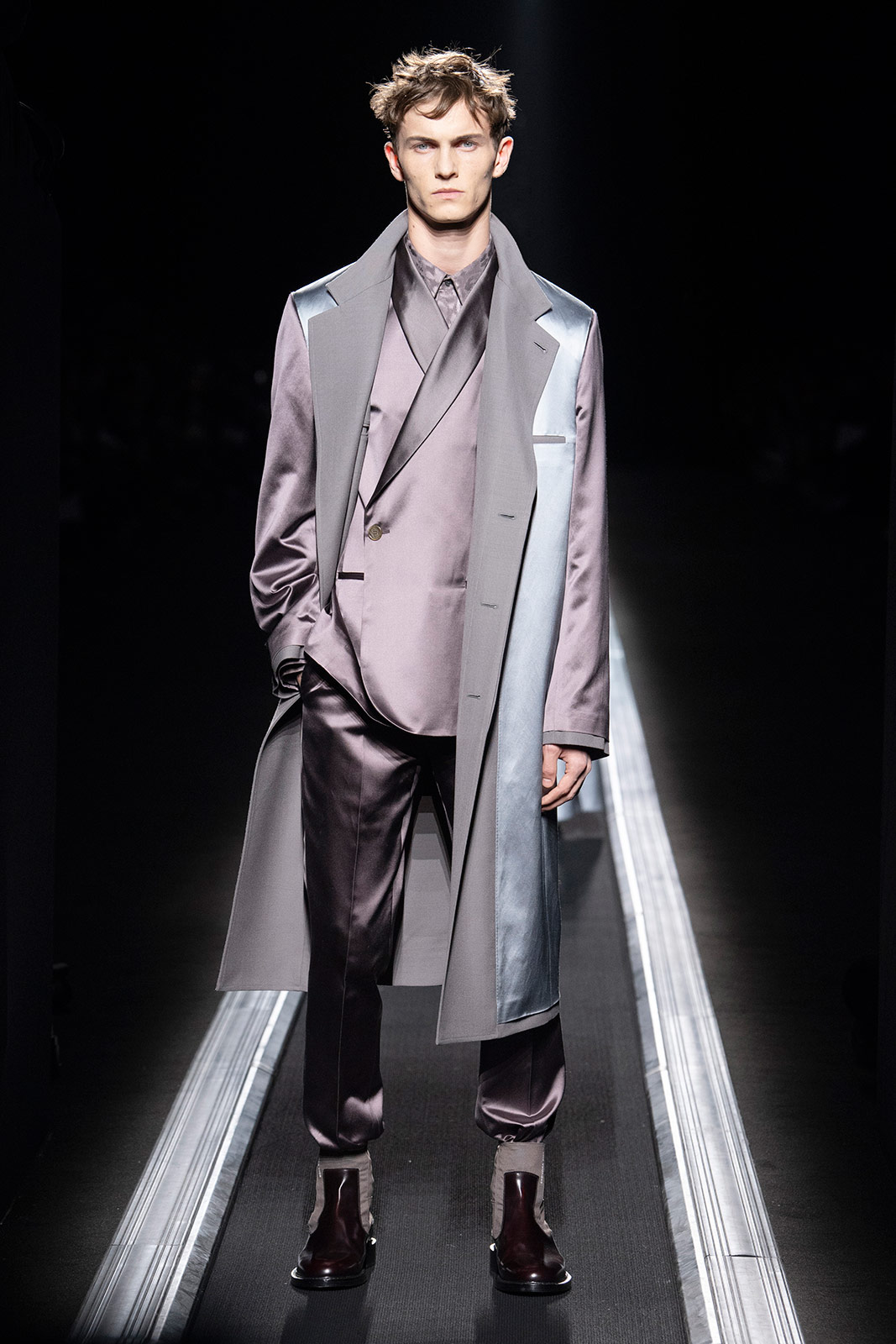 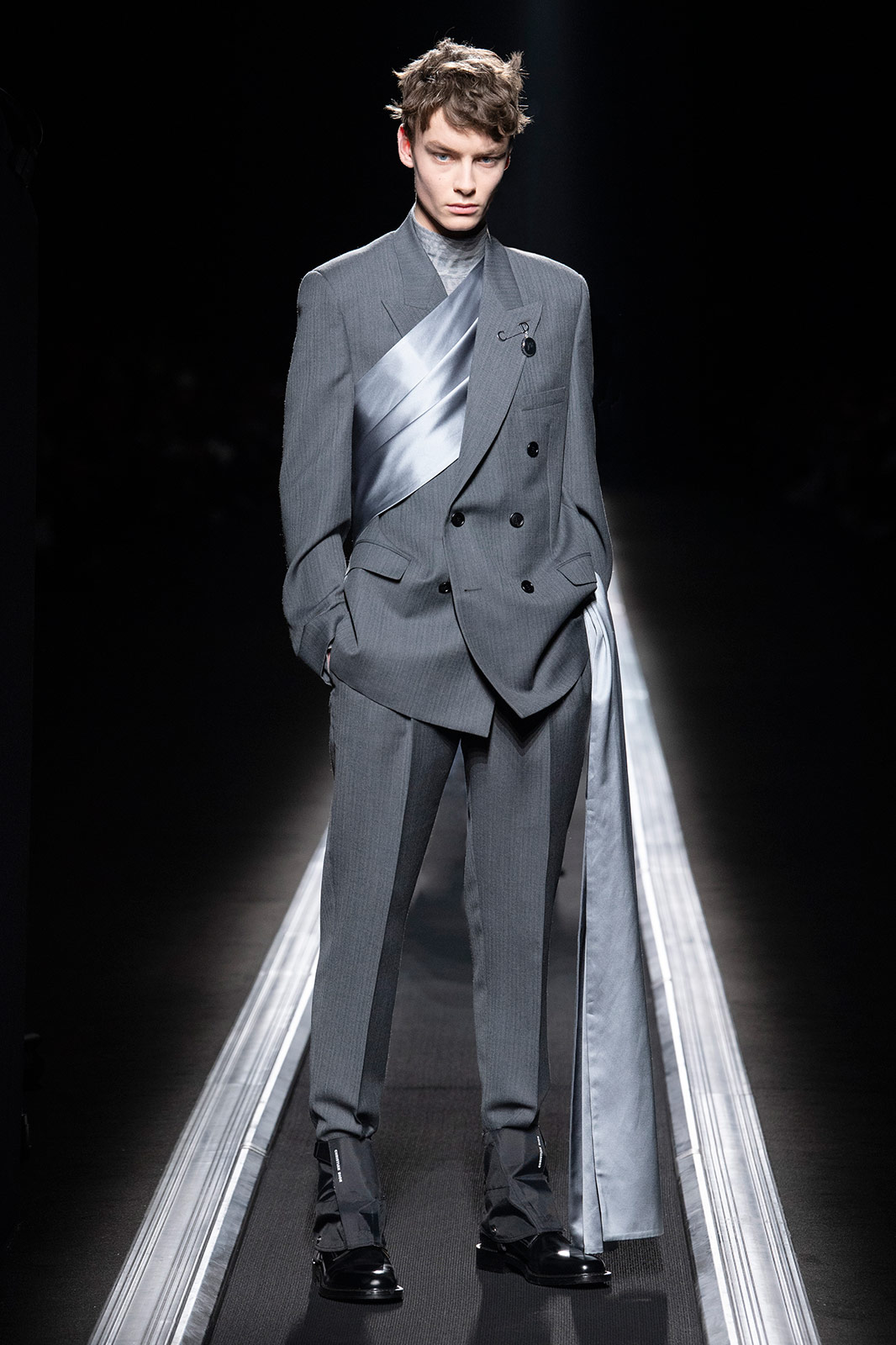 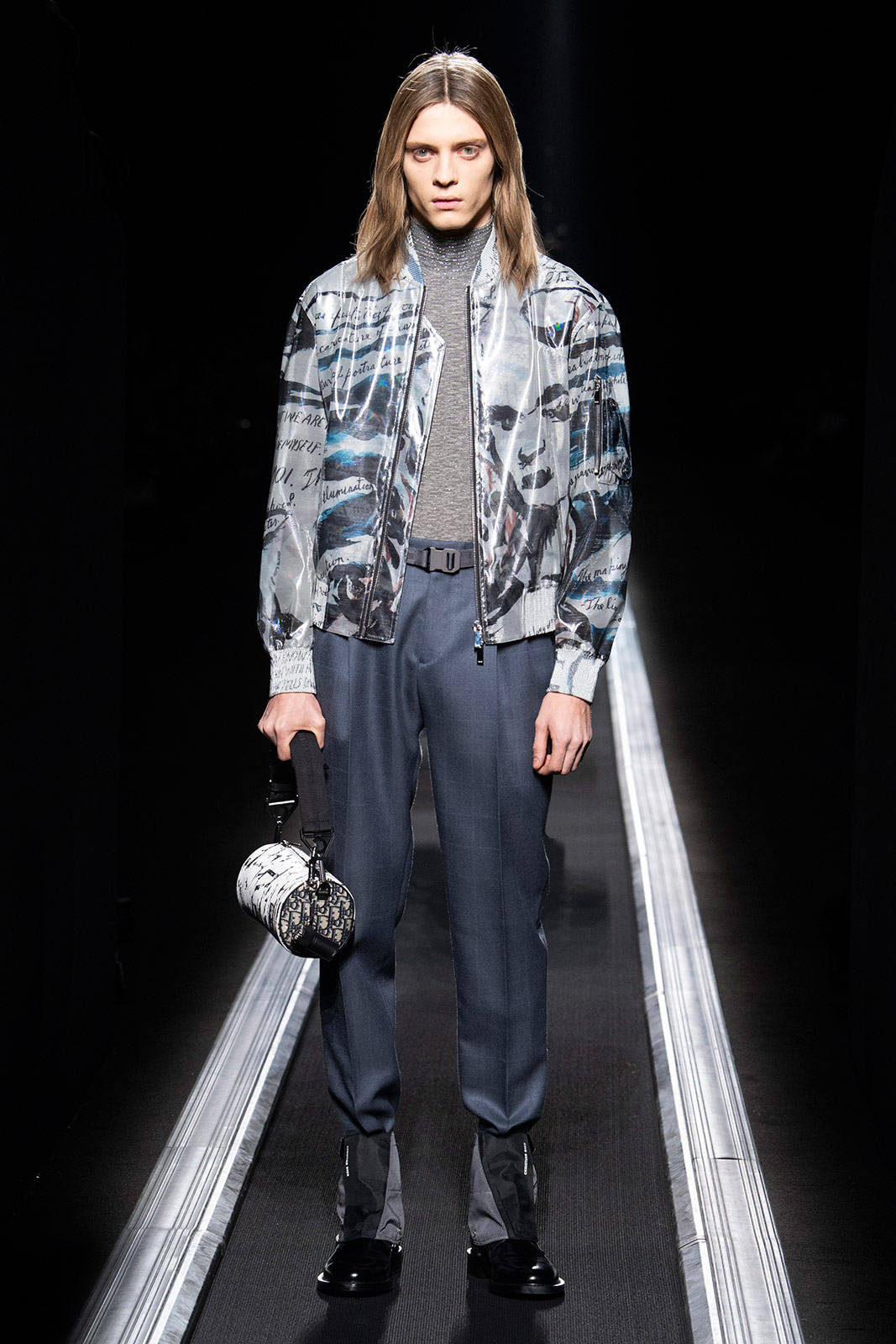 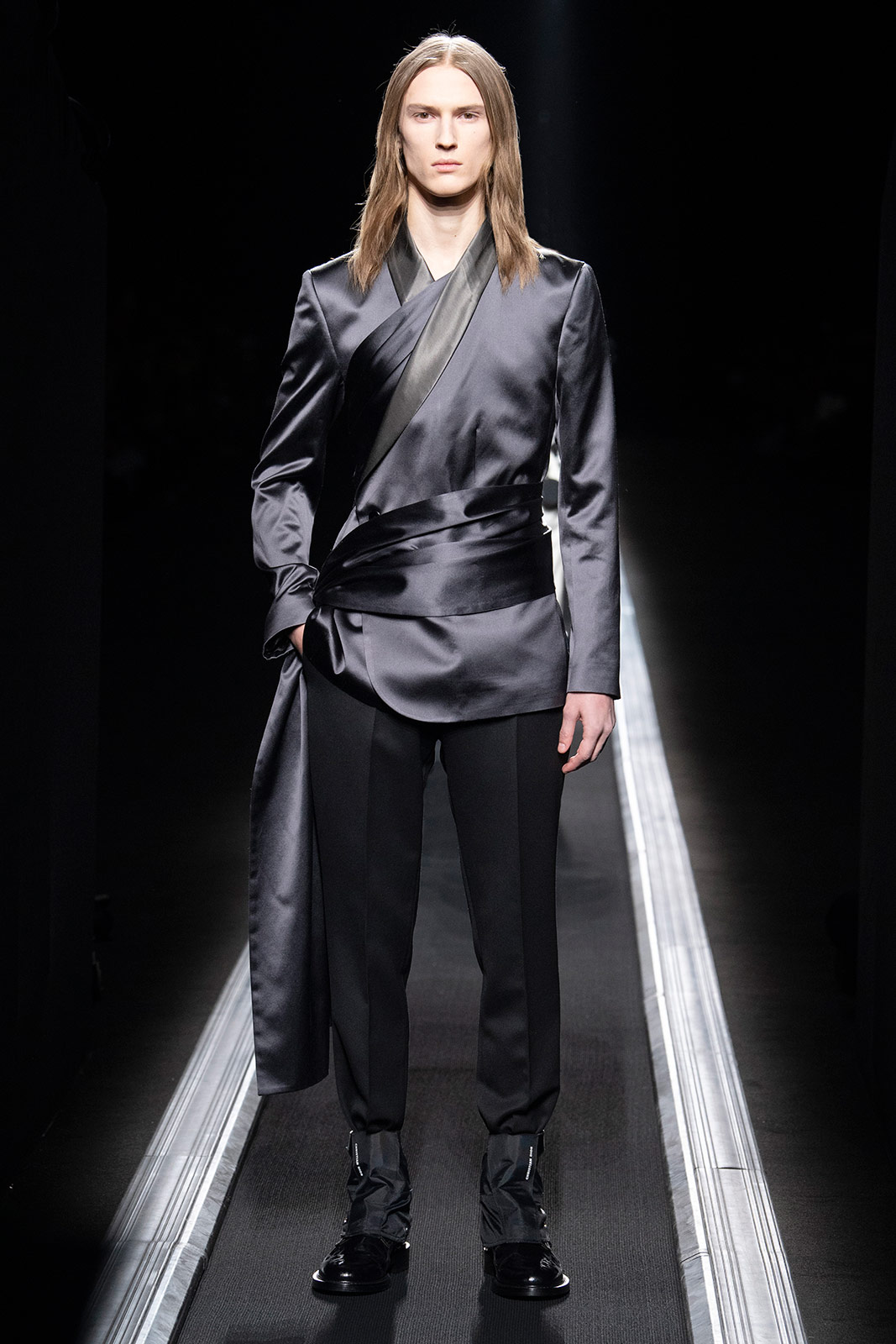 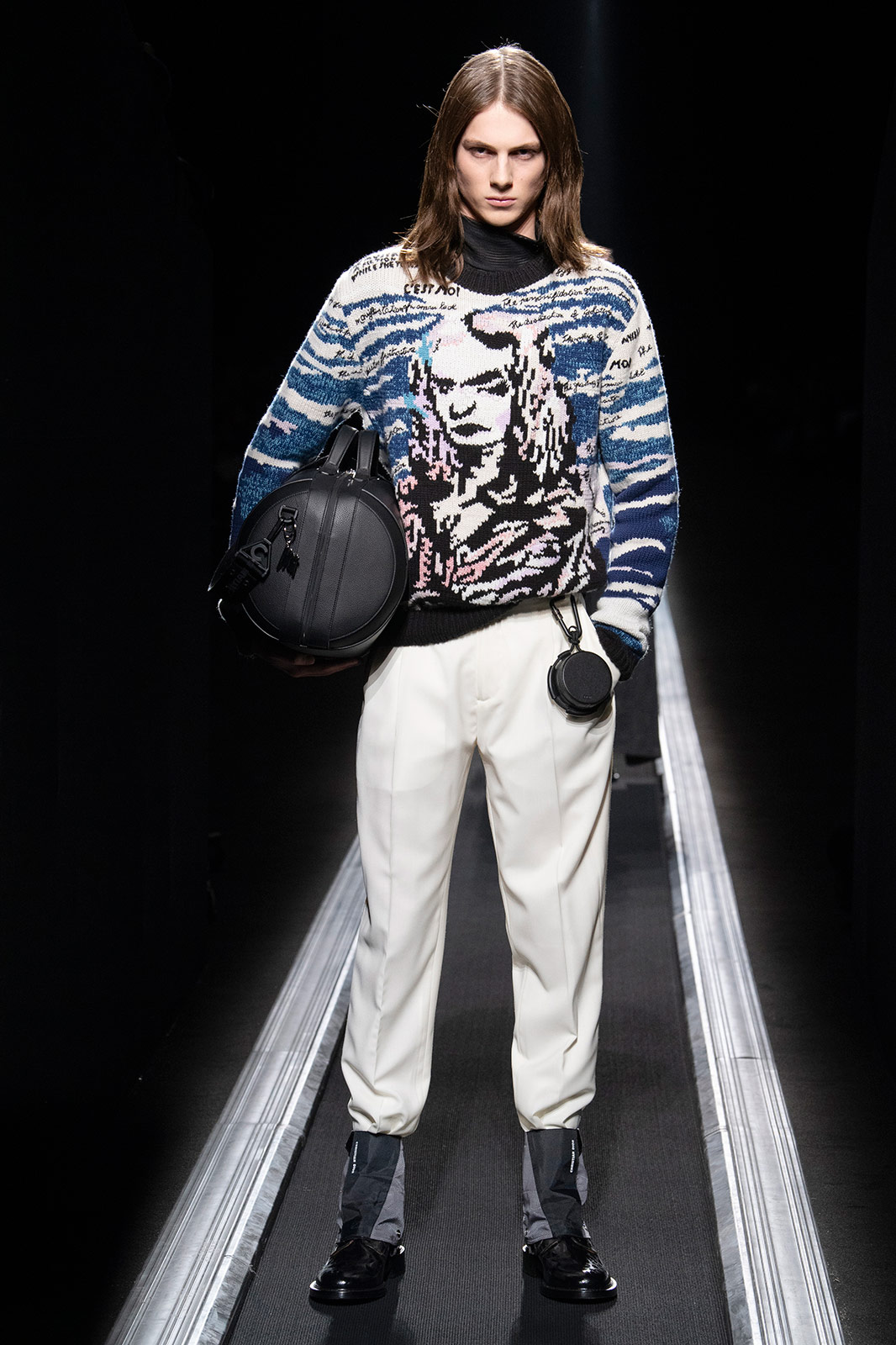 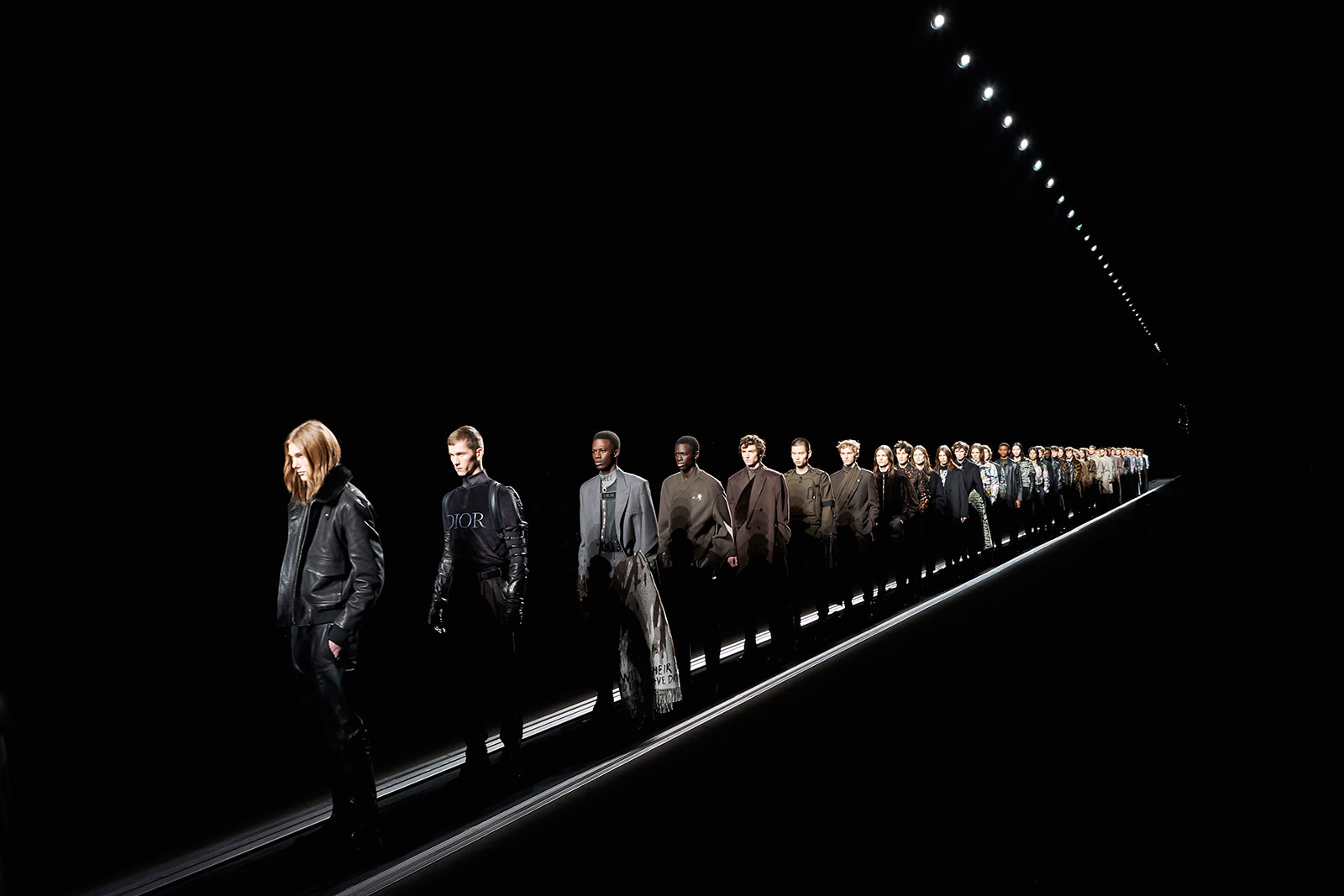