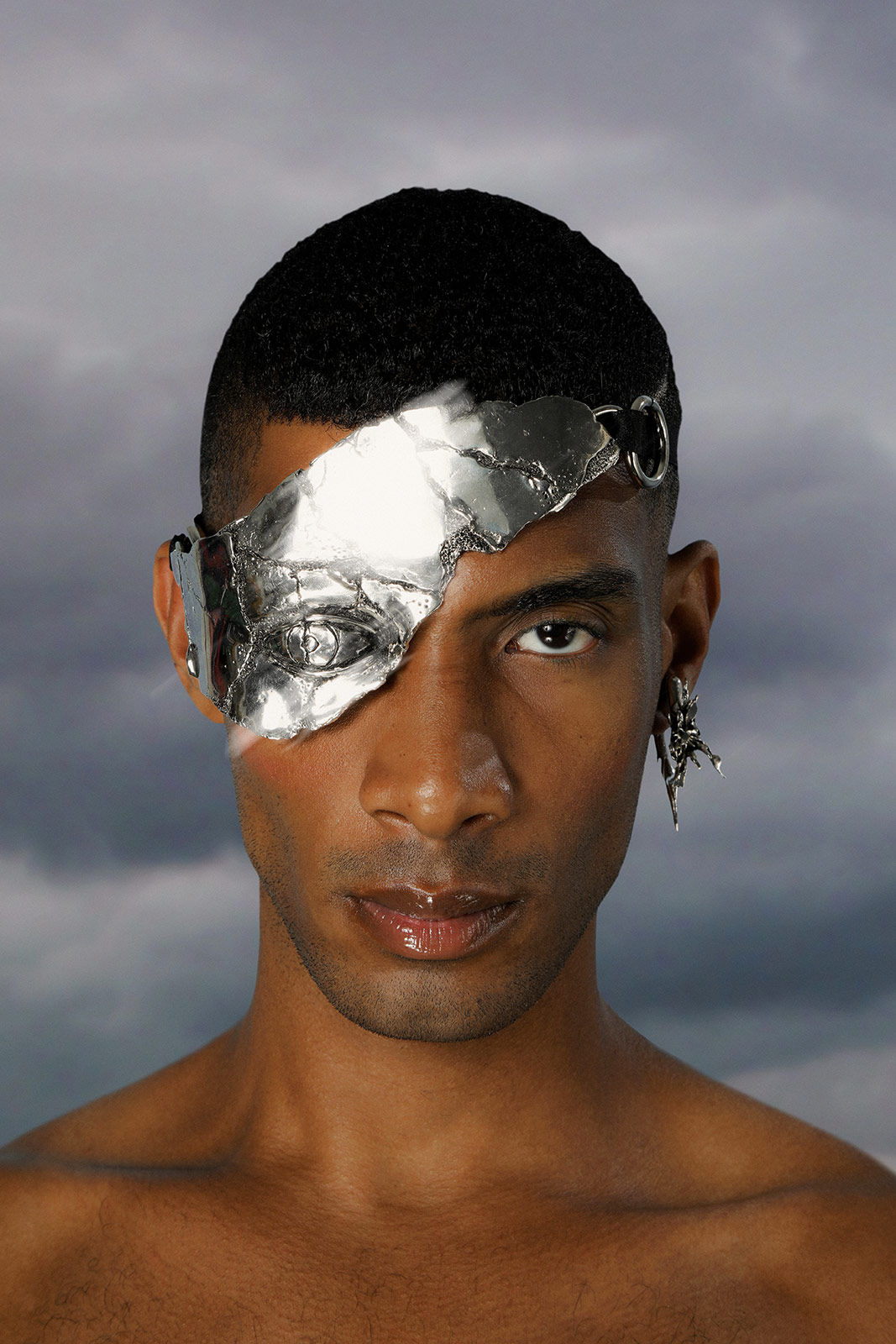 Being an independent artist has never been the easiest of roads to go down on. And for those artists who have no other option, 2020 is proving to be a real challenge. When the global pandemic hit earlier this year, the world as we knew it was put on pause for several months, resulting in artists worldwide struggling to stay afloat financially and creatively. With concerts, events, productions and future releases being cancelled or postponed until further notice, making a living out of their artistry became near impossible. However, many were able to find a silver lining in the circumstances. Quarantining and all the free time at home that came along with it allowed those who had the necessary resources at hand to make the most out of it and thrive creatively. Rubby Valentin is one of them.
The Dominican-born, New York City-raised singer and songwriter is one of those artists who during isolation managed to finalise the production of his upcoming EP, titled Pajaro Malo, out December 1st, as well as shooting the accompanying set of visuals with photographer Brian Vu for its first single, the ZorenLo-produced Solo.

Valentin is a Latinx queer artist who was born in the Dominican Republic and raised in Washington Heights, New York City. It’s this multicultural background and the exposure to New York’s rich and creative underground scene that result in his music successfully taking us on a journey through a variety of different genres, from dembow to pop to techno. He first burst into the scene back in 2017 with his single and video for No Mas, which saw him deconstructing masculinity and making it his own.

Your music is a blend of many different sounds. How would you describe it to people that have never listened to it before?
My sound is always evolving. But I would definitely describe it as experimental alternative genre-mixing. The sub-genres of that mixing are R&B heat, where my voice is very seductive and smooth. Then, my second sub-genres are dembow and reggaeton. And finally, my third one, which I’m starting to go into more now, is techno vocals. That one’s a little bit harder to wrap my head around, but I just know that there’s an electronic techno vocal aspect to my songs that I do want to call out.
Was music something you always knew you wanted to get into?
I feel like I’ve always been musical, but not necessarily in the music-making sense. In high school, I was part of the a capella group, which I loved. Then in college, I tried to get into their a capella group but didn’t get in, not because I wasn't good but because the person in charge didn't like me or something. So I was like, fuck you, I’m gonna make my own shit! And that’s when I actually began making my music.
It’s hard to find your sound or genre when you’ve been listening to a wide range of artists. What have been some of the singers and musicians that have influenced your music the most?
When I was very young, I listened to a lot of Paulina Rubio, Jennifer Lopez, Thalia and Selena. So all the Latin pop divas. As I grew older, I began getting more into new age R&B like young Beyonce, SZA and Kelela. Actually, Kelela as a vocalist really influences me, her vocals and beats are very experimental.
Recently, my taste in music has shifted to more like instrumentals and beats from underground DJs of New York. I love James Blake – somebody told me once that my music gave them a James Blake vibe, and I can roll with that! He was a big inspiration particularly when I was in college and would make animations with his music. I love FKA Twigs and Arca too, so moving more into a modern world.
In a time where images seem to speak louder than words, how much do you value the visual side of your music?
In college, I did a Psychology major and Studio Art minor. So with my studio art minor, I was very much into making visuals, which is why I am the creative director of a lot of the cover art for my music and the videos, as well as collaborating with other artists and photographers.
Usually, the visuals come after I make a song, but they're very important. We live in a visual world and I’m definitely more of a visual person anyway. So by the time I start finalizing a song, I usually begin to get some sort of feeling. This is when I start creating and curating images of what I feel comfortable in but also that make sense for the song. It’s a very organic process. Ideally, I would love to be able to make visuals for every song, but I’m an independent artist, so a lot of it just comes out of my pocket.

You mention collaborating with photographers. Recently, you worked with Brian Vu on the visuals of your latest single, Solo. How was that?
He is super talented and flexible. The collaboration was really organic, we were actually meant to hang out for a couple of years but never did. Then it was quarantine. We just kind of played it by ear, so we just hung out at his house where he had loads of random ass shit and shot those visuals. That look of the gloves with the microphone we shot for my song Solo, I had been dreaming about for months. It just gave me this retro Latin diva feel that I wanted for this track. So then when we shot it, it all worked well together.
Speaking of your last song, how did Solo come to be?
Solo is the first single off my upcoming EP. I wanted it to be both in English and Spanish because I didn't want to vote myself off to either market. The song was born off of the phrase ‘me siento solo, quiero estar a tu lado’ (I feel lonely, I want to be by your side), which had been playing around in my head for months together with a beat from a New York producer called Dembow Funeral, which I thought was really dark but loved. So it just sort of grew from that. It speaks about that moment when you’re in the club probably thinking about your old boo and realising that you probably have to move on with your life.
There’s a dembow break towards the end of the song where I sing ‘Yo me sentí solo, pero ahora tengo alivio,’ which is me reclaiming that feeling of loneliness and realising that, you know what? These hoes are venomous. Fuck them bitches. They don’t deserve me. So it plays with that feeling of putting up this ‘I don’t give a fuck’ but still having this loneliness.

The song is the first single from your upcoming EP, Pajaro Malo. What else can we expect from this record?
This EP has been two years in the making. The process has been very experimental, there wasn’t a set creative process. It’s coming out December 1st. Pajaro Malo is definitely a cinematic EP. It’s a very dramatic and visual journey that tells a story with a lot of instrumentals mixed with vocals throughout.
The intro is a track called Sunrise, where it’s basically you as a listener arriving at my world. It’s followed by a song called Tight Corridors (a deep, jungle type beat banger super poppy song that I’m shooting a video for soon), and the single Solo. There’s a fourth track, which is a sort of deconstructed Caribbean rhythm - think The Weeknd lo-fi. And it ends with Holy War, which serves as an outro, and it’s this chanty, almost religious sacred song – you definitely feel like you're leaving it all in the battlefield by the end of that.
If money were no object, are there any artists in particular that you would love to collaborate with?
That’s such a big question. I think my favourite choice would be someone like FKA Twigs, Arca or Bad Gyal. Those are the iconic pop stars that I would love to work with. But generally, I would like to work more with POC queer producers, but they are so hard to find. I predominantly work with white producers, which I love and they’re great, but it would be ideal to work with more Black artists.
There’s definitely a before and after when it comes to the Covid-19 pandemic. How do you feel that independent artists like yourself have been affected by it?
I feel there's a highly intense energy to create, even beyond just artists but from everybody. Because we’ve all been stuck at home, we’re all now content creators in a way. In general, I feel people are becoming more artistic in that way. But for actual artists, I feel it's become even harder to collaborate, get paid and all that shit. In the coming months, I think that artists will become more localised where they will collaborate more with friends and people that surround them, which can potentially create more of a sense of community and warm fuzzy art.

What's your ultimate goal as an artist?
I want to own my own production company. I’m using my work and learning all these skills to where ultimately I can have this company where I can highlight other queer artists and provide them with the opportunity to create their work and use that as a source of liberation, creativity, and expression.
Finally, is there any advice you would give to other independent artists?
I guess, just don’t quit your daydream and go off! You have to really, really love what you do and don’t stop loving it. Work at it every day. 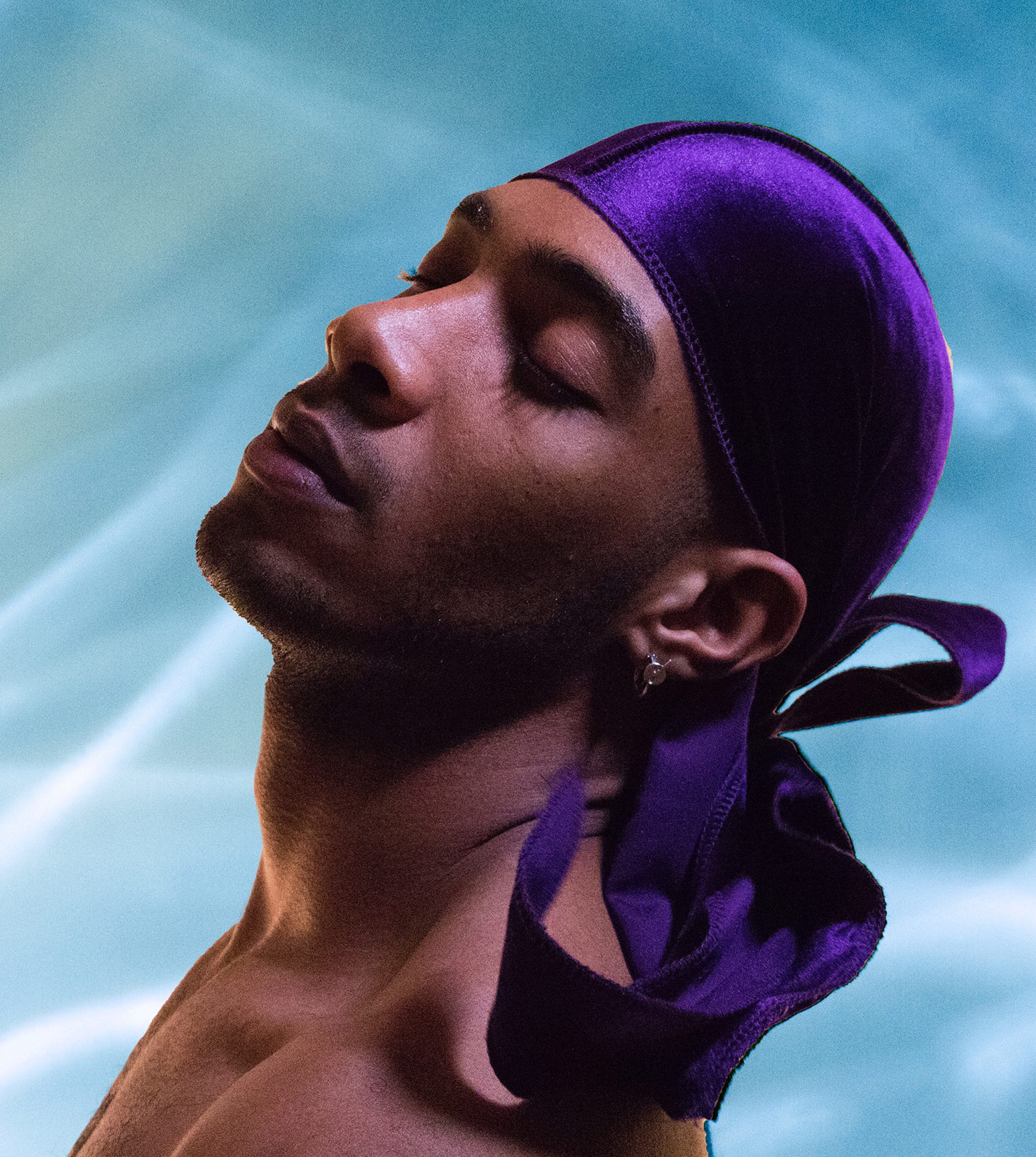