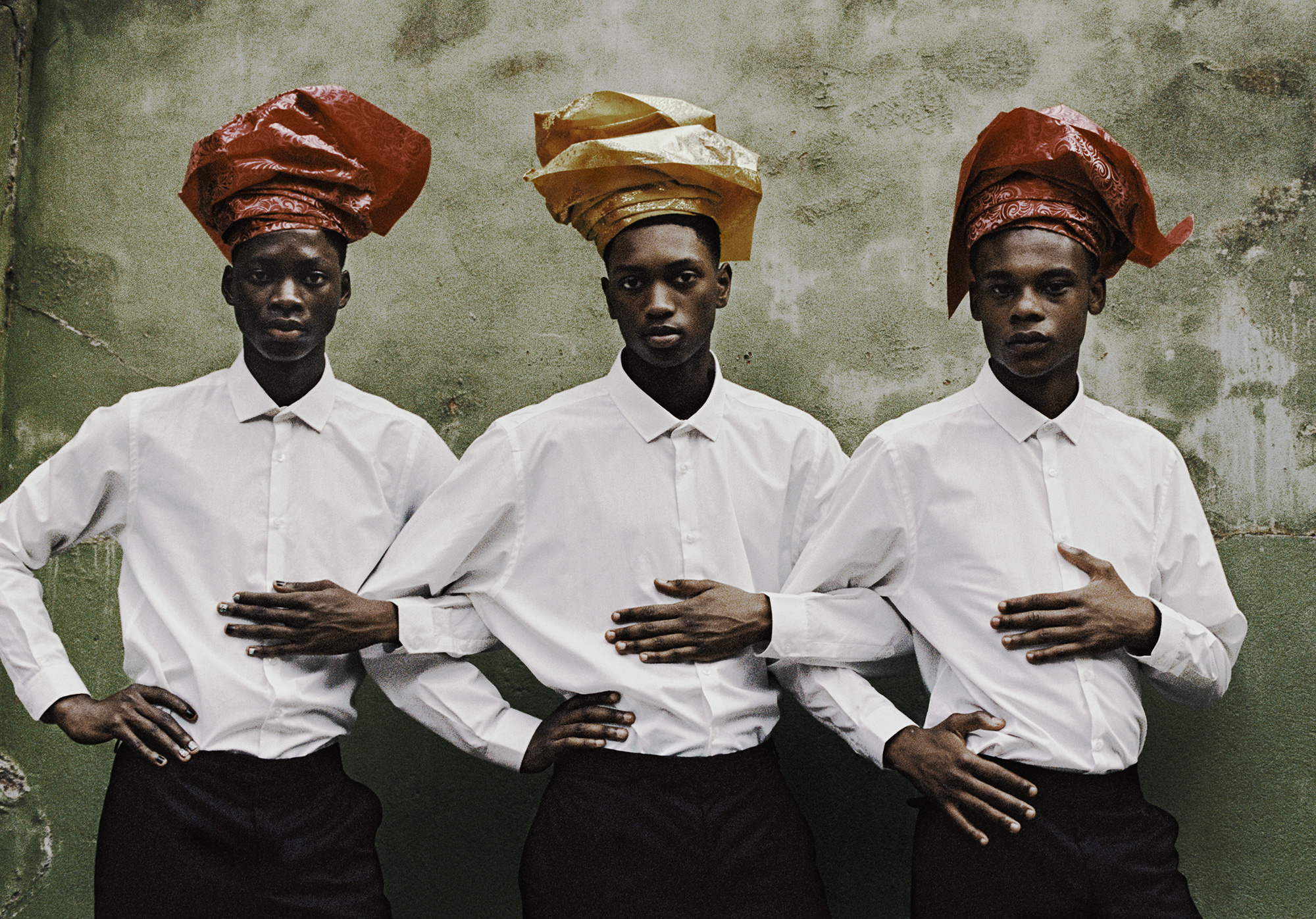 “In Spain, we definitely silence reality because what we see on the streets is not being reflected in the media,” says London-based stylist Juanjose Mouko Nsue when asked about the visibility of the different realities that coexist in the country. His new project, El Matador –presented exclusively for METAL– addresses precisely that border between the Black community, historically silenced and relegated to the background, and one of the most celebrated traditions of popular culture, which is flamenco. We speak with him for more details.
The last time we spoke with Juanjose was on the occasion of the presentation of his project La nueva España, An initiative that, besides consisting of a series of extremely careful and powerful images, harboured a very deep meaning related to the representation of the Black community in Spanish society. “I wanted to show that the representation of Spanish people does not reside in their skin colour, but in their traditions,” he shared with us at that time. And it is because that visibility –or lack of visibility– of the community to which he, born in Equatorial Guinea (a Spanish ex-colony) and raised in Spain since he was just a baby, also belongs to, is one of the main leitmotifs of his creative imaginary.

El Matador is emotion, passion and art. But also memory and past experiences. “Even though I grew up surrounded by a lot of Spanish people, my mother always made sure to remind me where I came from and the importance of not forgetting that I am a Black African man in Spain,” adds the creative, who has shot the photos that he presents to us today in London, with the help of photographer Marcelo Popaj and Aymeric Pichegrain. Inspired by the strength of traditional dance and the control of passion and energy evident in its actors, Juanjose recreates through this project his most personal vision, imagining himself on stage as the most famous dancer of all time.

From Flamenco to Iberia, there are many documentaries that the stylist has drawn onto in the previous stage to materialise his original idea. A process in which he has reflected on the null institutional support from the government to certain groups, the conception of art and his own identity. “You don’t have to abandon your roots totally in order to fit in the Spanish society,” he emphatically asserts when we ask him about the message that El Matador conveys. 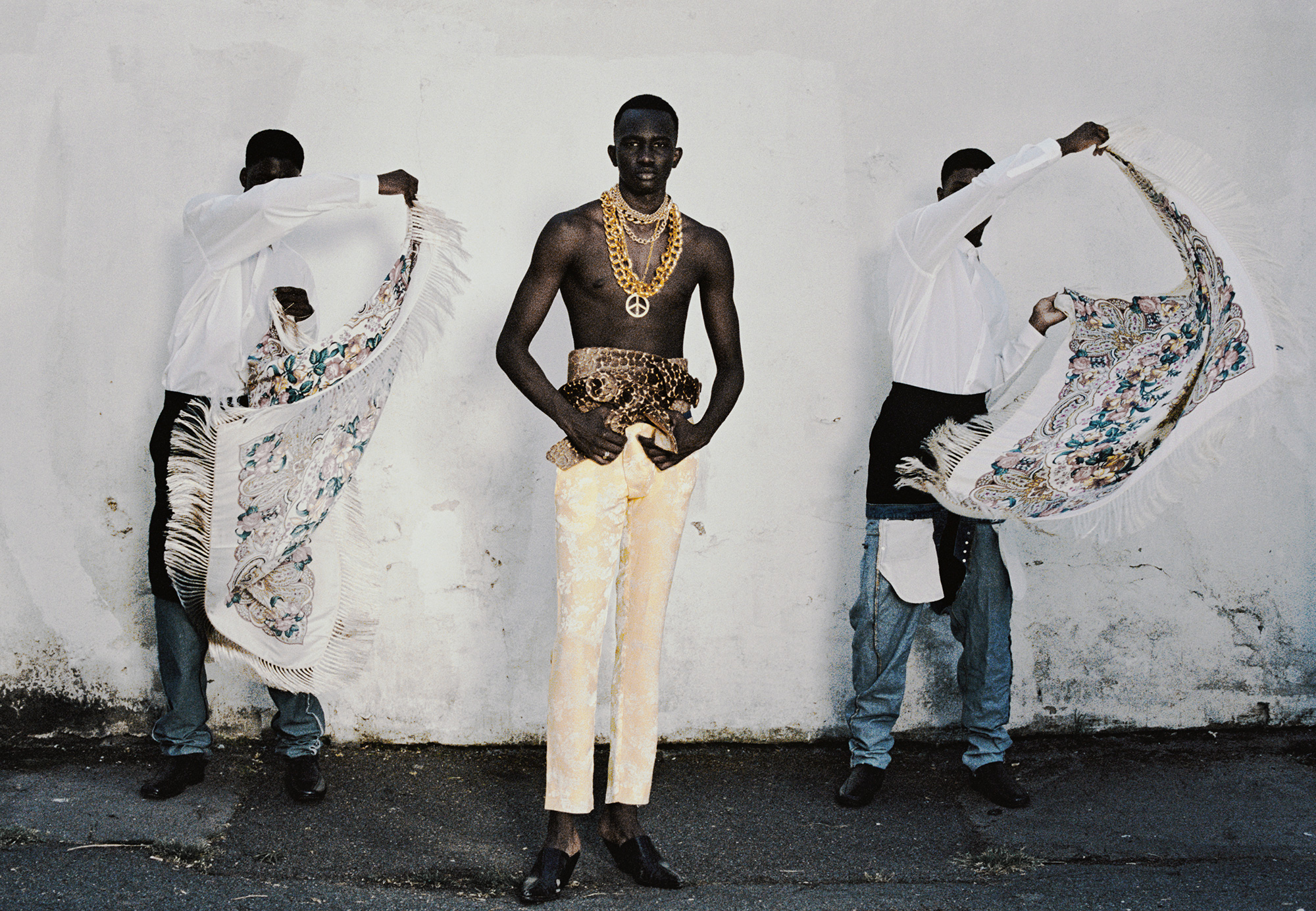 Juanjose, the last time we spoke with you, you were presenting your project La nueva España, through which you challenged and celebrated the traditional Spanish narrative regarding the representation of the Black Spanish citizen. What have you been doing over the last few months?
These past few months, I have been really focused on producing the strongest work possible. Working with bigger publications and creating the strongest imagery, trying to elevate my aesthetics and I have also been trying to connect with my roots and influences to produce the most honest work.
Now you unveil us El Matador in exclusive. A series of images arising from the fury of flamenco, a typical dance from Southern Spain. Why have you decided to be inspired by this artistic discipline?
When I look at flamenco dancers, I am always fascinated by how strong the movements are, but also, at the same time, how free they look on stage. This is something I always want to implement in my work. By freedom, I mean having total control of how much passion and energy is put in your craft, and people being able to acknowledge that in my work.
The project keeps your essence and your firm commitment to the visibility of realities that have been hidden behind stereotypes and premises that have been socially acceptable for a long time. In this case, the traditional Andalusian dance is fused with the talent of Black people that you always promote. How have you found a balance point between your aesthetic vision and the imagery of flamenco loaded with symbols?
Since I was really young, I always had a great balance between my African roots and my Spanish influence. Even though I grew up surrounded by a lot of Spanish people, my mother always made sure to remind me where I came from and the importance of not forgetting that I am a Black African man in Spain.
In my house, we would always consume traditional dishes from my country and we would always communicate in my native language that is Fang, from Equatorial Guinea. Whenever I stepped away from my house, I had to adapt to Spanish society, consuming different foods and learning the culture, so it’s always been important for me to keep true to myself in this project as I am inspired by the beautiful dance that is flamenco. I wanted to project here my vision on how an individual like me would look on stage if they had the chance to perform flamenco. 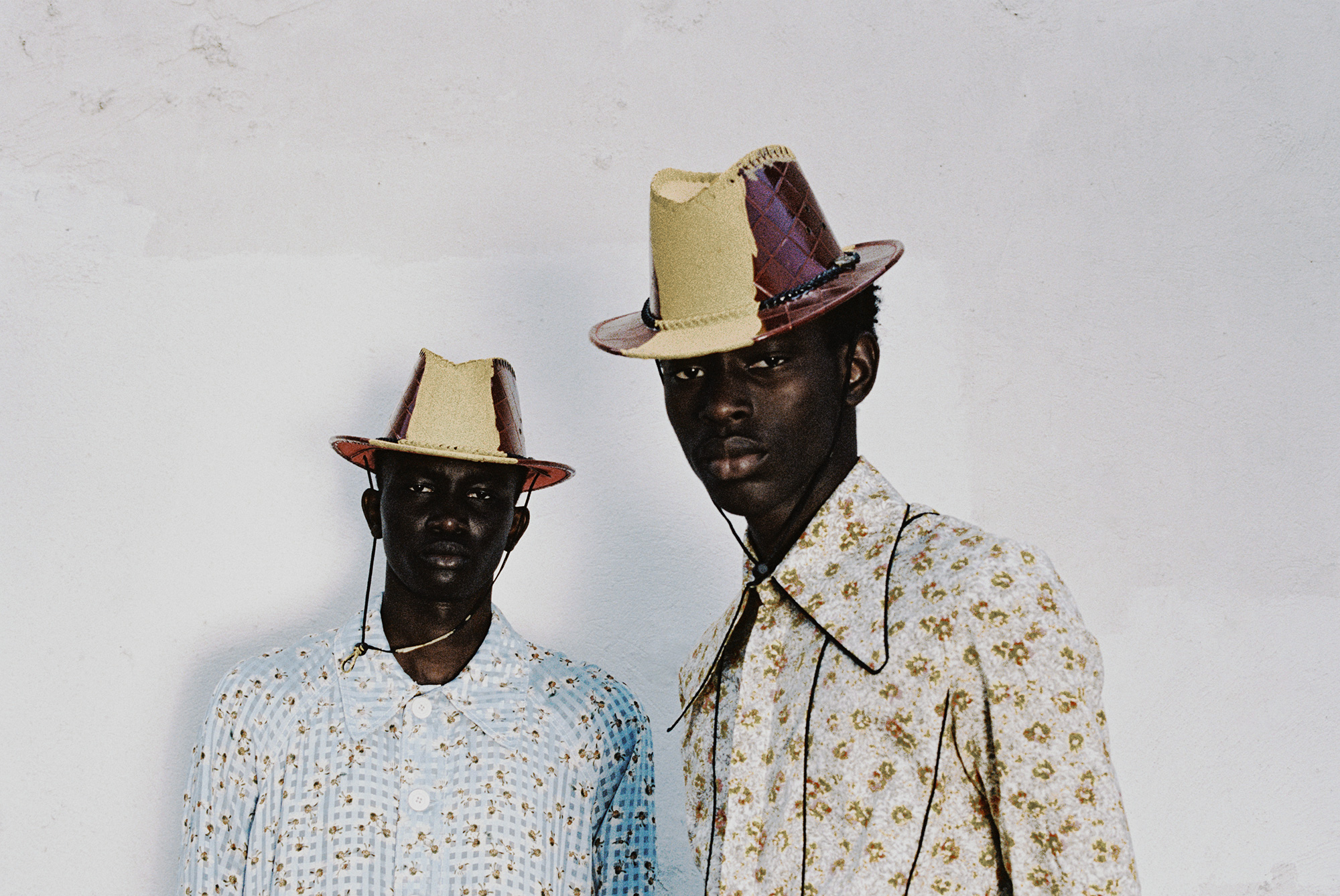 Flamenco, a Spanish musical genre in which the Romani people have had a great presence, has its own rules, gestures and body postures loaded with meaning and an incomparable emotion. How has the creative process been since you came up with the initial idea until you materialised it in El Matador?
Growing up in Spain, I more or less had an idea of flamenco culture. Also, having a lot of Romani friends and growing up in a Romani area I naturally discovered what the flamenco culture was. The creative process for this project was to do thorough research into the culture. I have been watching a lot of documentaries, and two, in particular, stood out to me: Flamenco (1995) and Iberia (2005), both directed by Carlos Saura. These especially stood out to me because of the absolute love, the richness in the art and the outfits.
Where have you shot the photographs and who has participated in the project? Art, in its various creative manifestations, is a territory open to the unknown, exempt from laws, brimming with energy and a desire to learn. Or at least it should be, don’t you think?
These photos were taken on the streets of London. The original photographer for this project was Dani Bastidas, with whome we did La Nueva España 2 years ago, but because of the pandemic, the circumstances would not allow us to find the space to do this together again. For this reason, I teamed up with Marcelo Popaj, who is a London-based photographer, and also Aymeric Pichegrain, who helped me with the casting for this project. And yes, I totally agree with this statement. I believe that art should be a space for people to create whatever they feel as long as it’s honest and sincere, without the fear of being judged.
Your works always incorporate a deep symbolism, a message that transcends what is visible to the human eye and goes into vindication and representation. What message do you want to convey with this proposal?
I wanted to send a message and shed light on the Black Spanish community, that you don’t have to abandon your roots totally in order to fit into Spanish society. 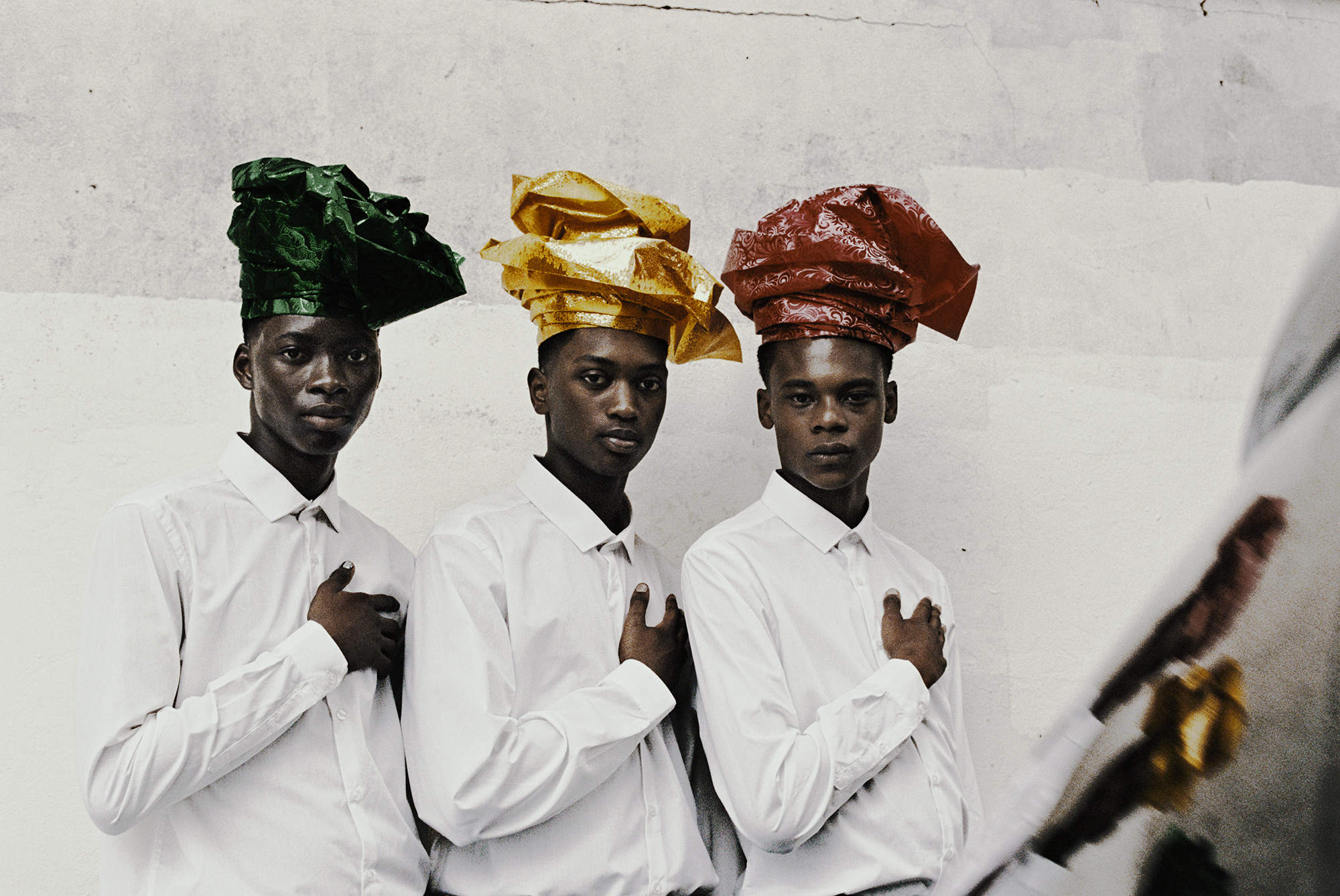 Have you learned anything throughout the creation of El Matador? Any lesson, reflection or internal debate that you would like to share with us?
Yes, totally. After much research, I have definitely learned a lot about the effort that goes into making it and becoming a professional flamenco dancer. Flamenco is one of the most recognised forms of art in Spain and it is totally produced by the Romani community. I don’t understand how the Spanish government does not protect and take care more of that community, they treat them like they are immigrants. I find it totally bizarre.
And do you think we are moving in the right direction in terms of visibility of historically silenced realities?
In Spain, we definitely silence reality because what we see on the streets is not what is being reflected in the media. There is no representation of Black, Latinx people or any other communities that are not Spanish on any public media outlet, and that is really strange to me because, in Madrid, where I grew up, you see all types of ethnicities and races.
When we spoke some months ago, you told us that you planned to continue working on initiatives with which to promote Black people as the main face of big Spanish brands. What can you tell us about your next projects?
Yes, I totally still stand by those words. One of the ultimate goals for me is to be able to work with brands such as Loewe, Desigual, Delpozo and Bimba y Lola, and be able to implement my aesthetics into the brand vision. 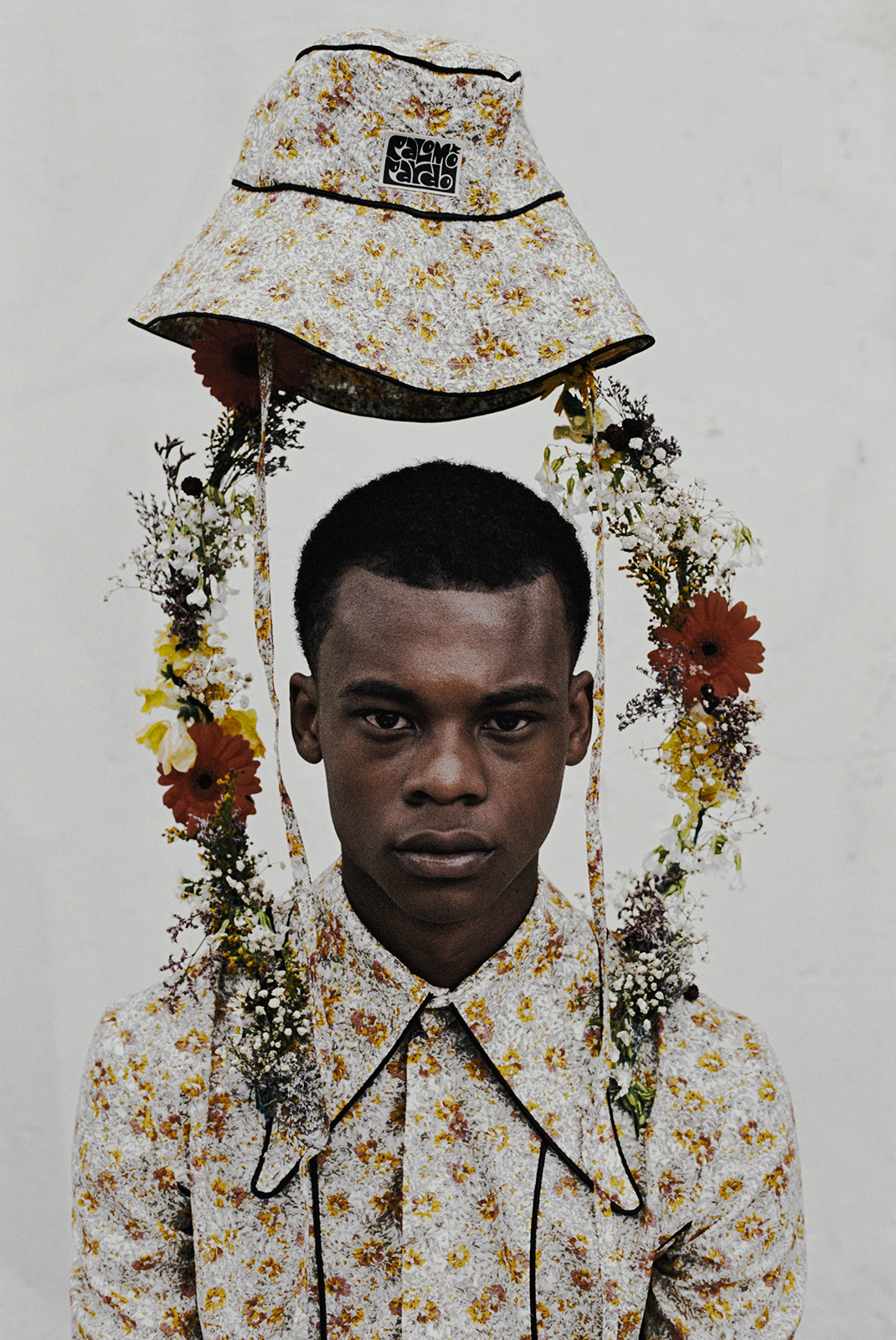 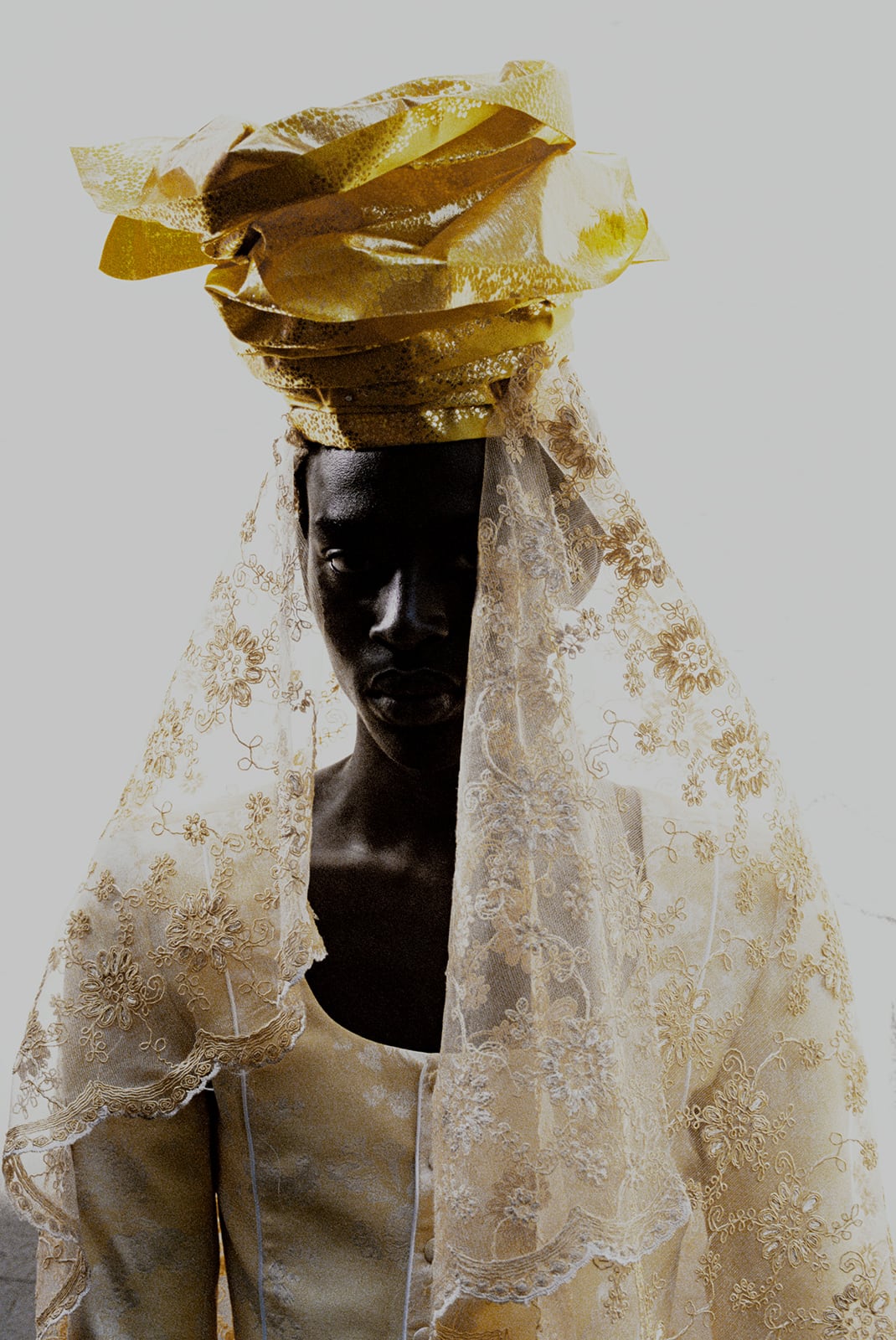 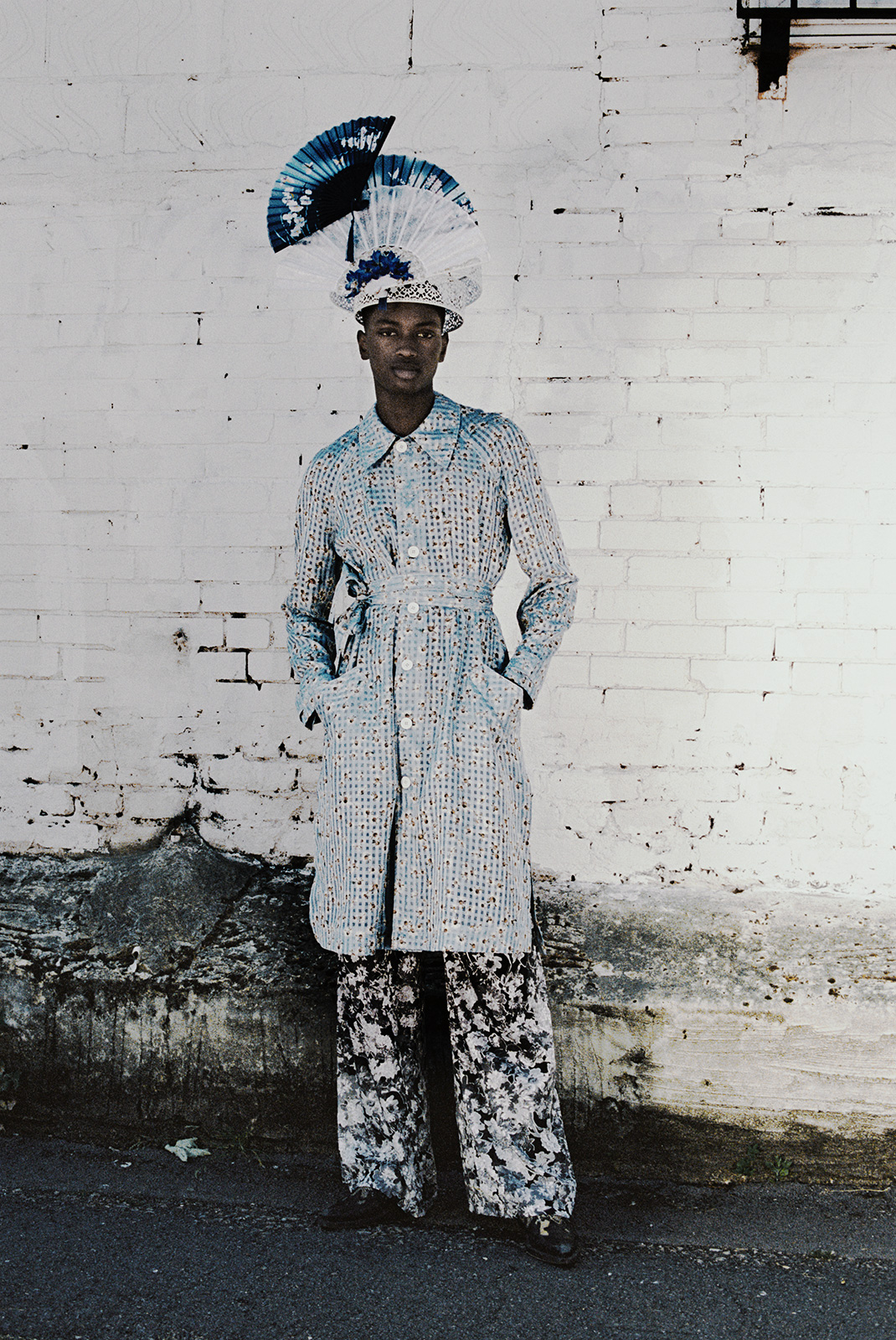 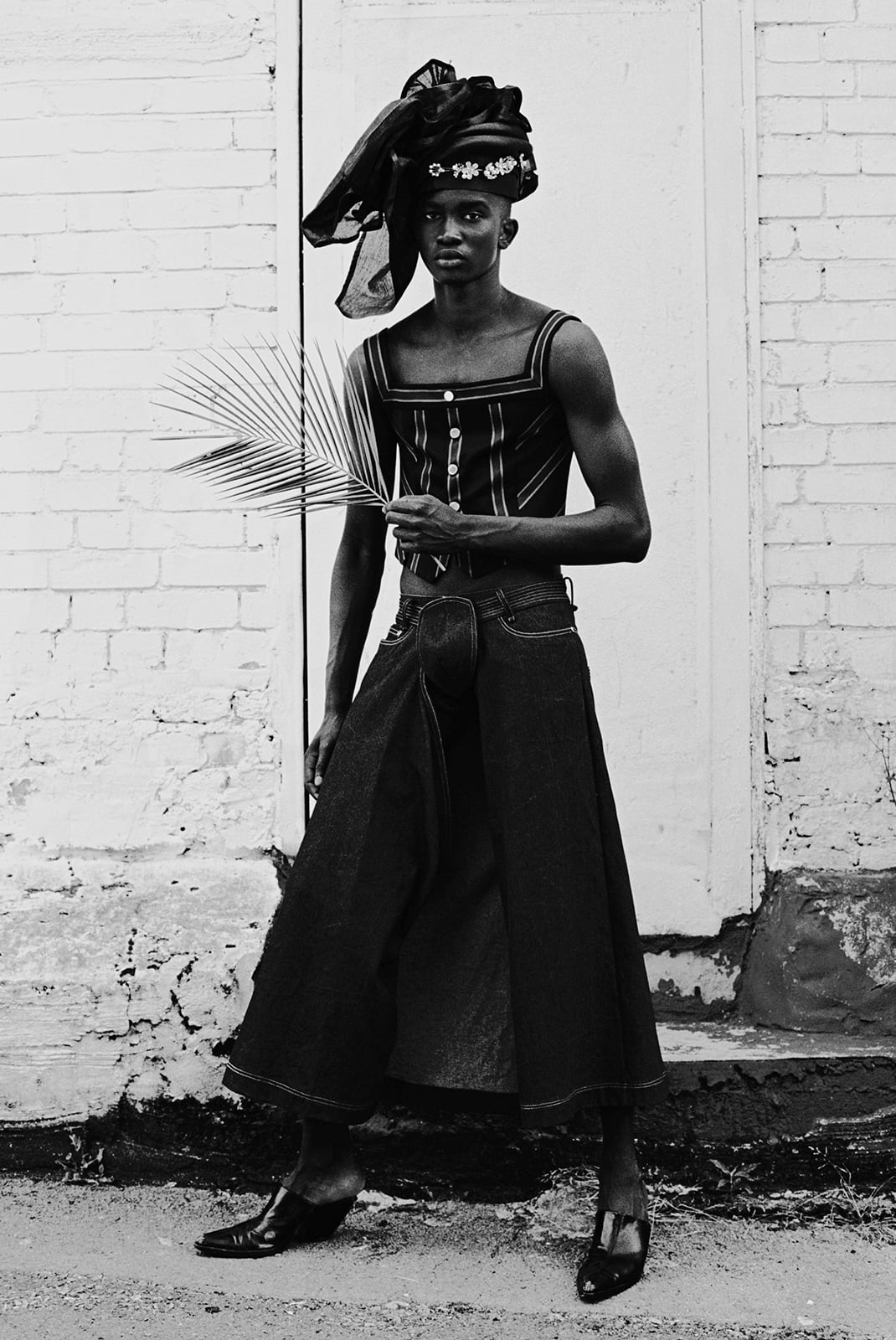 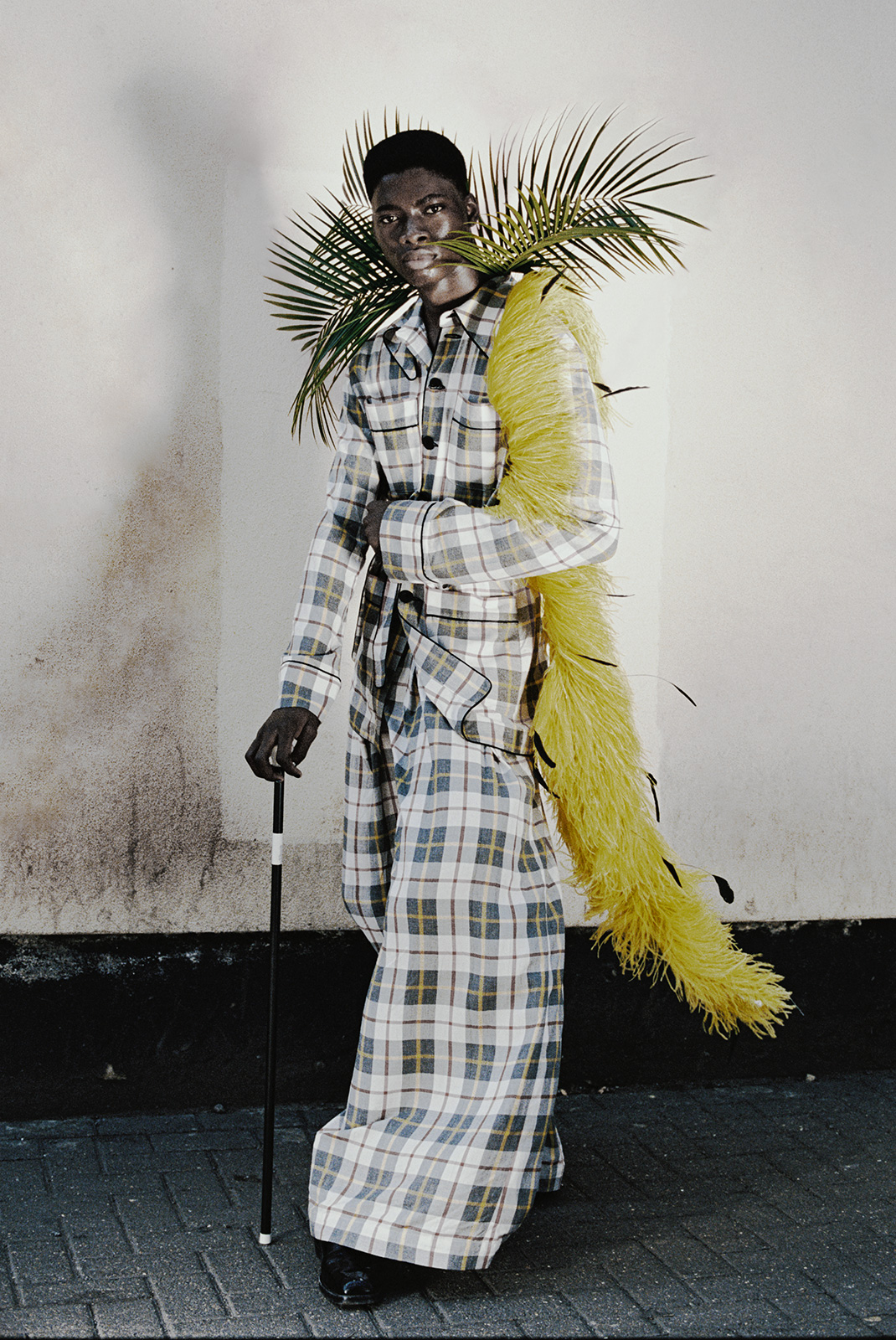 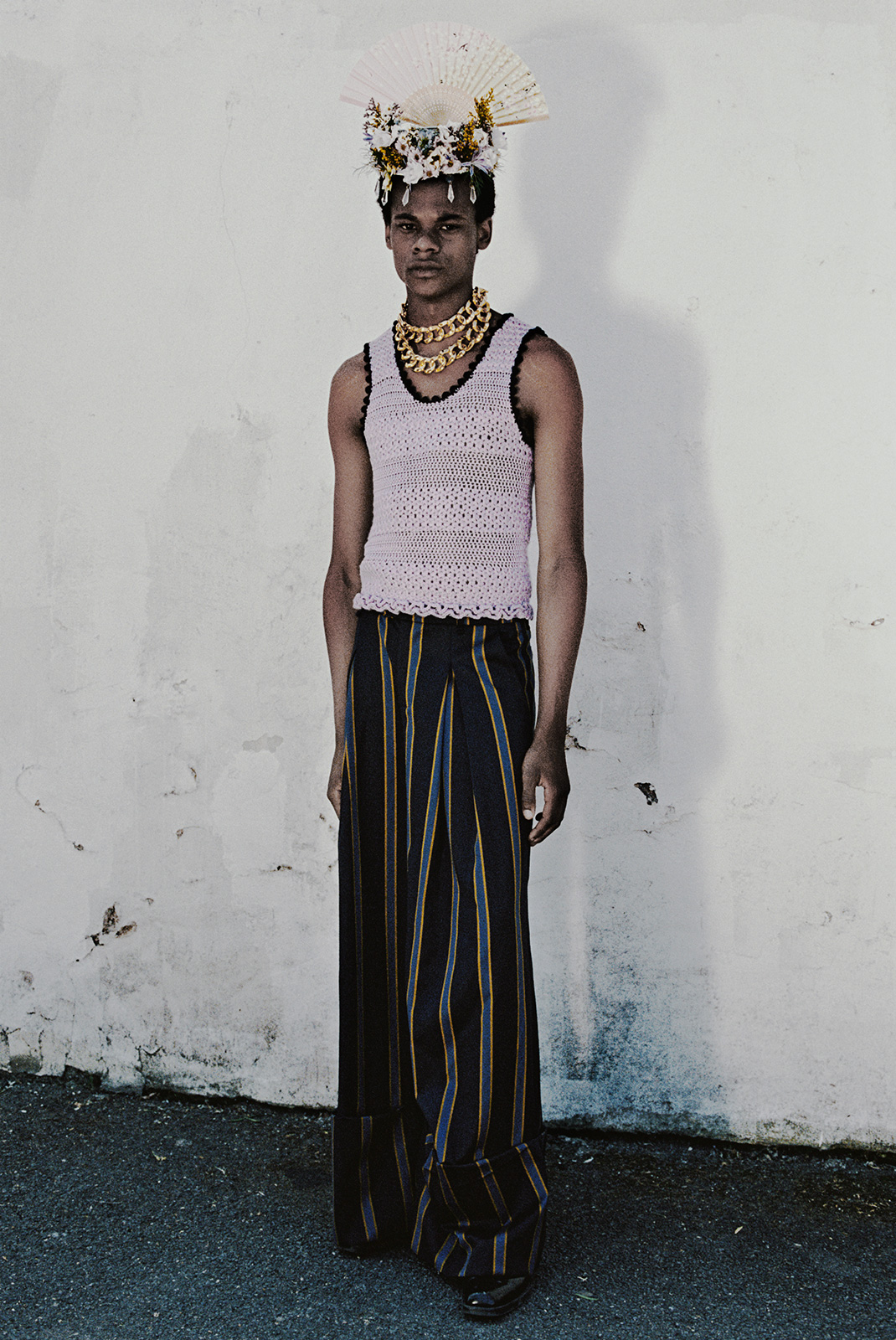 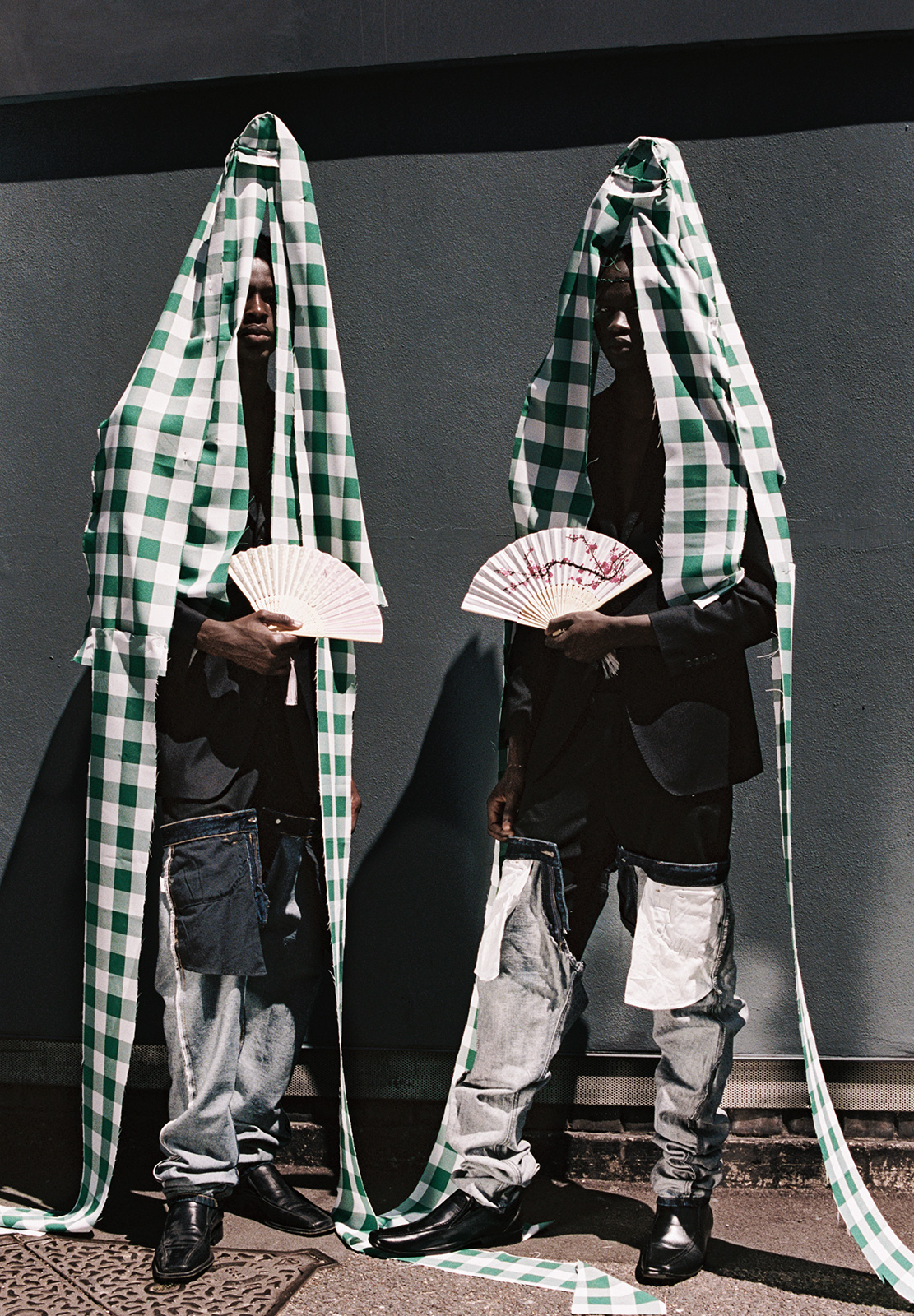 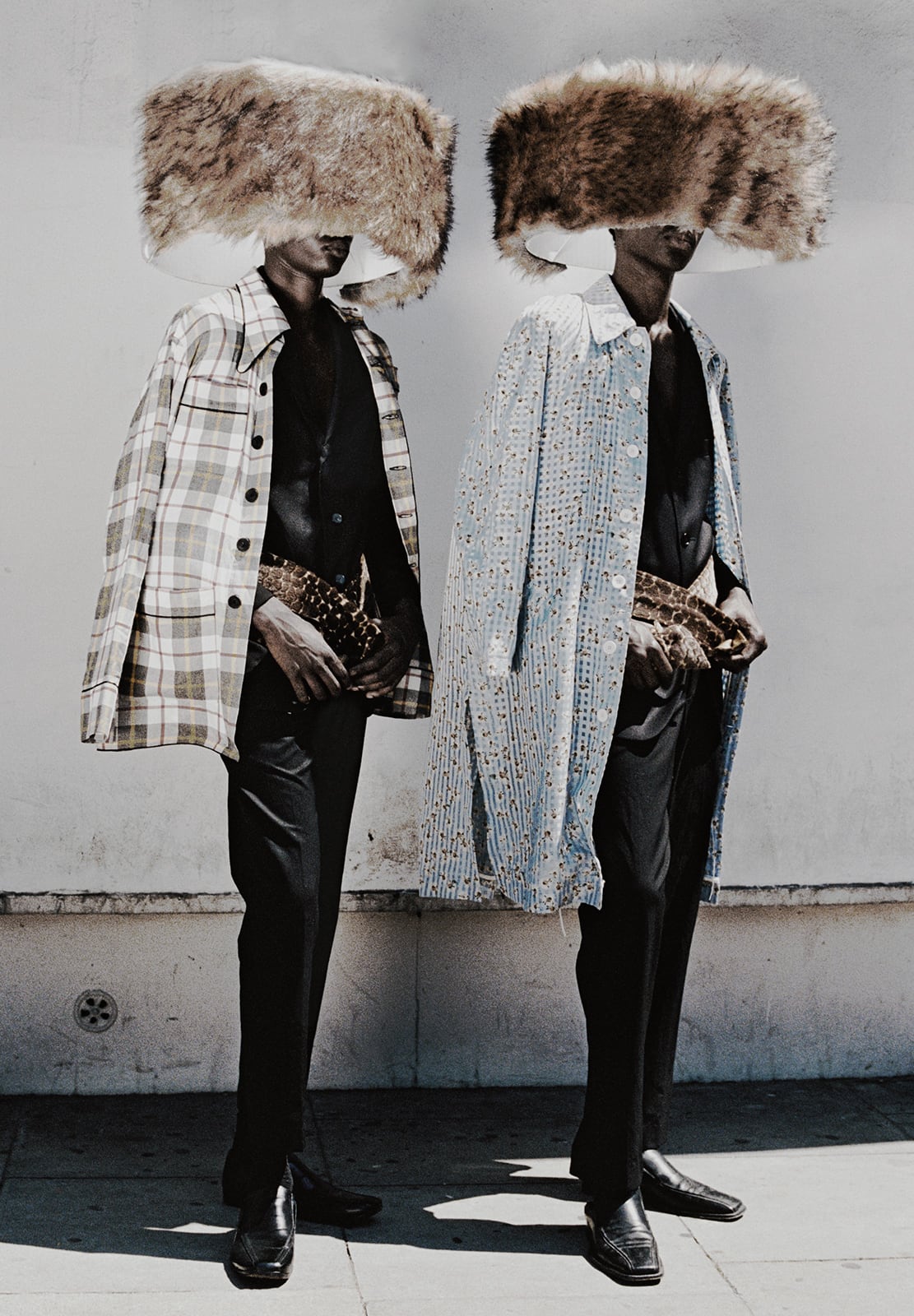 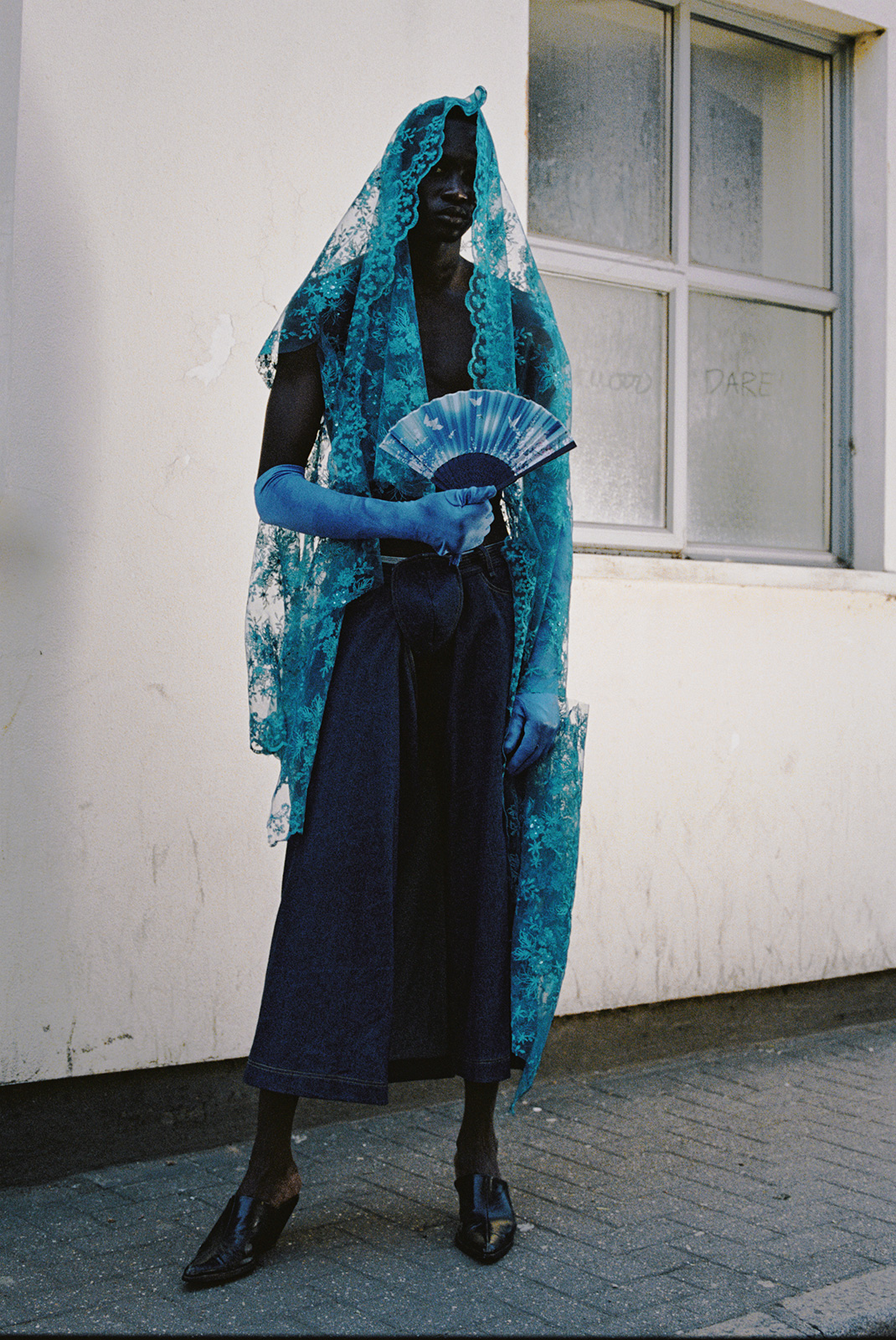 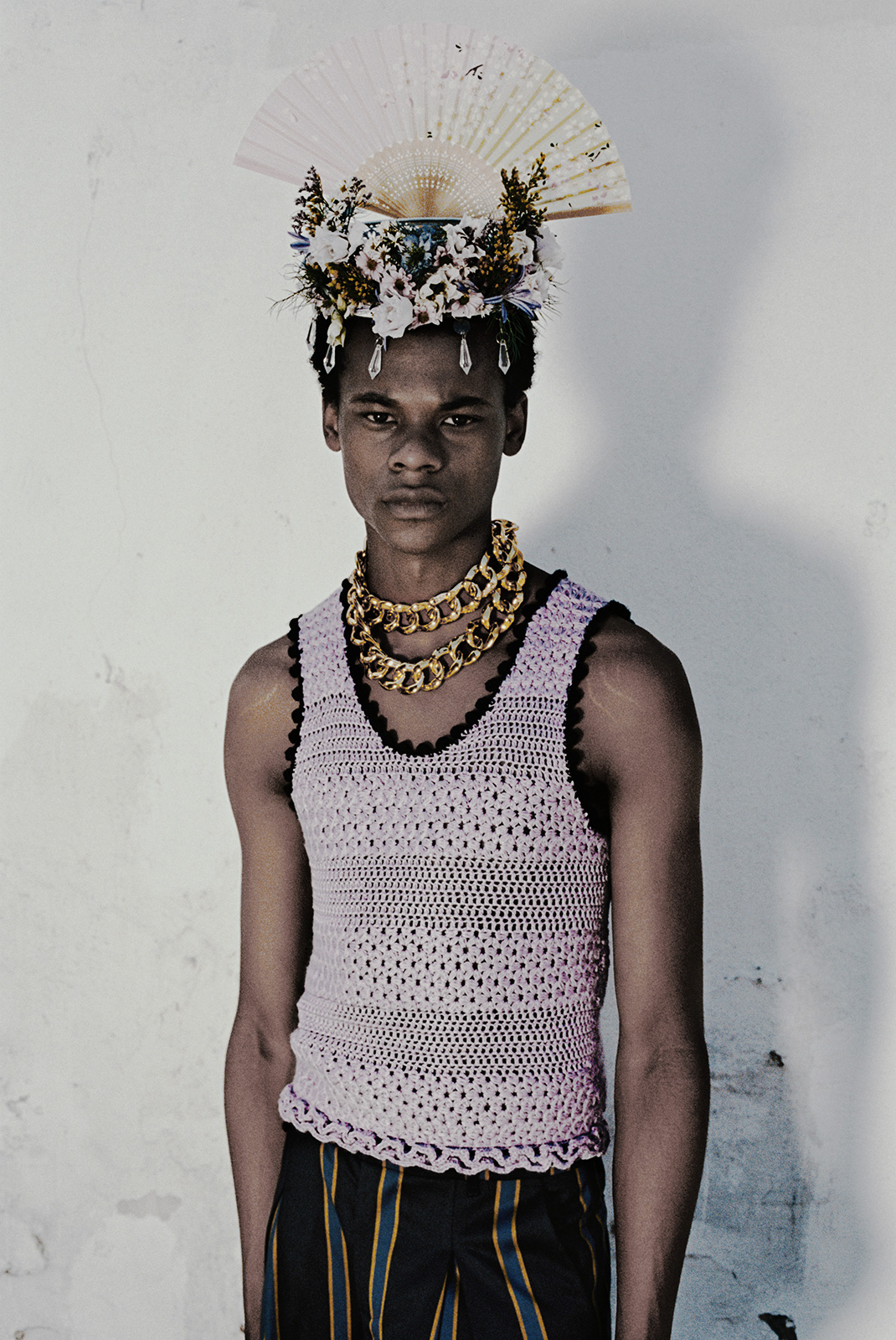 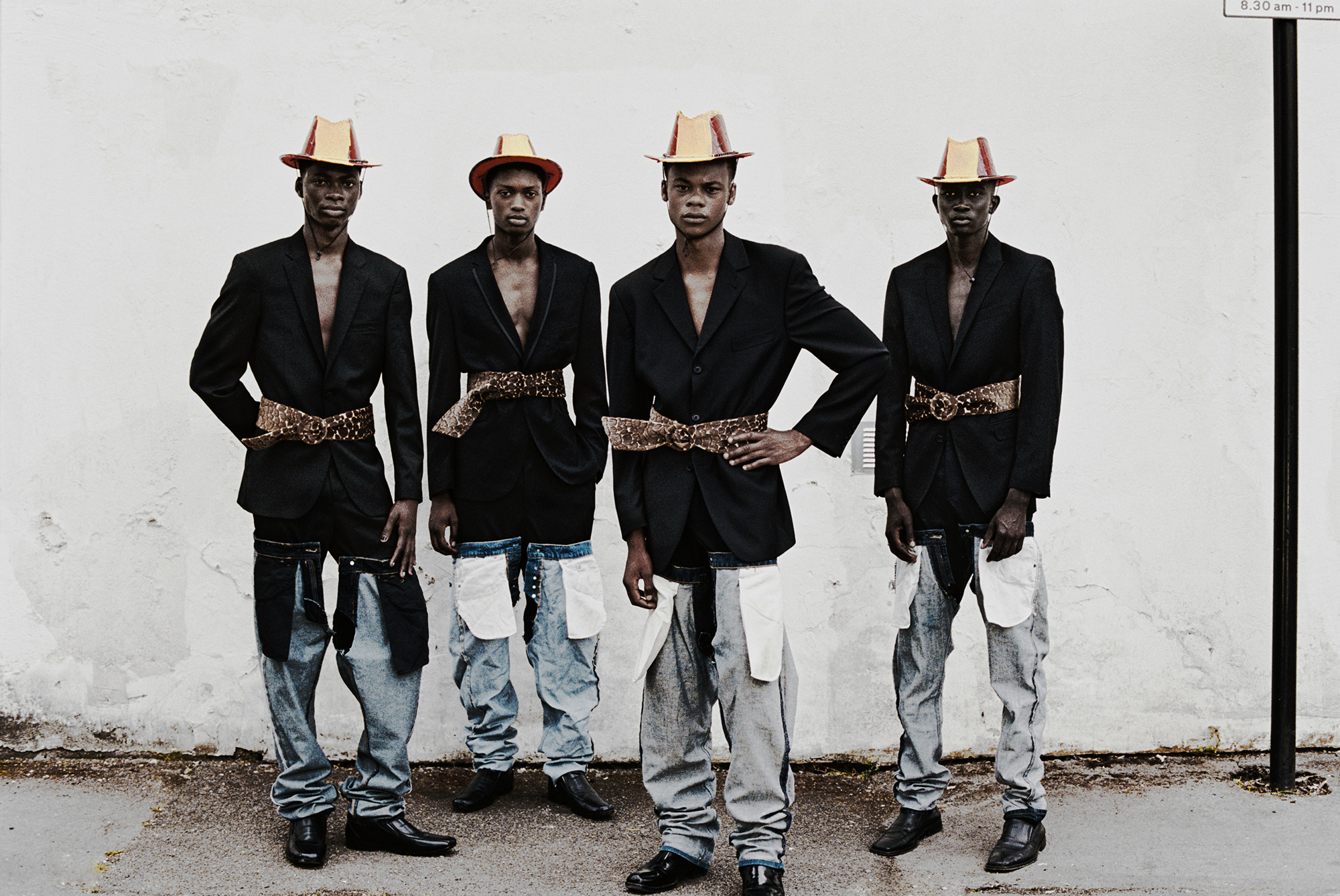