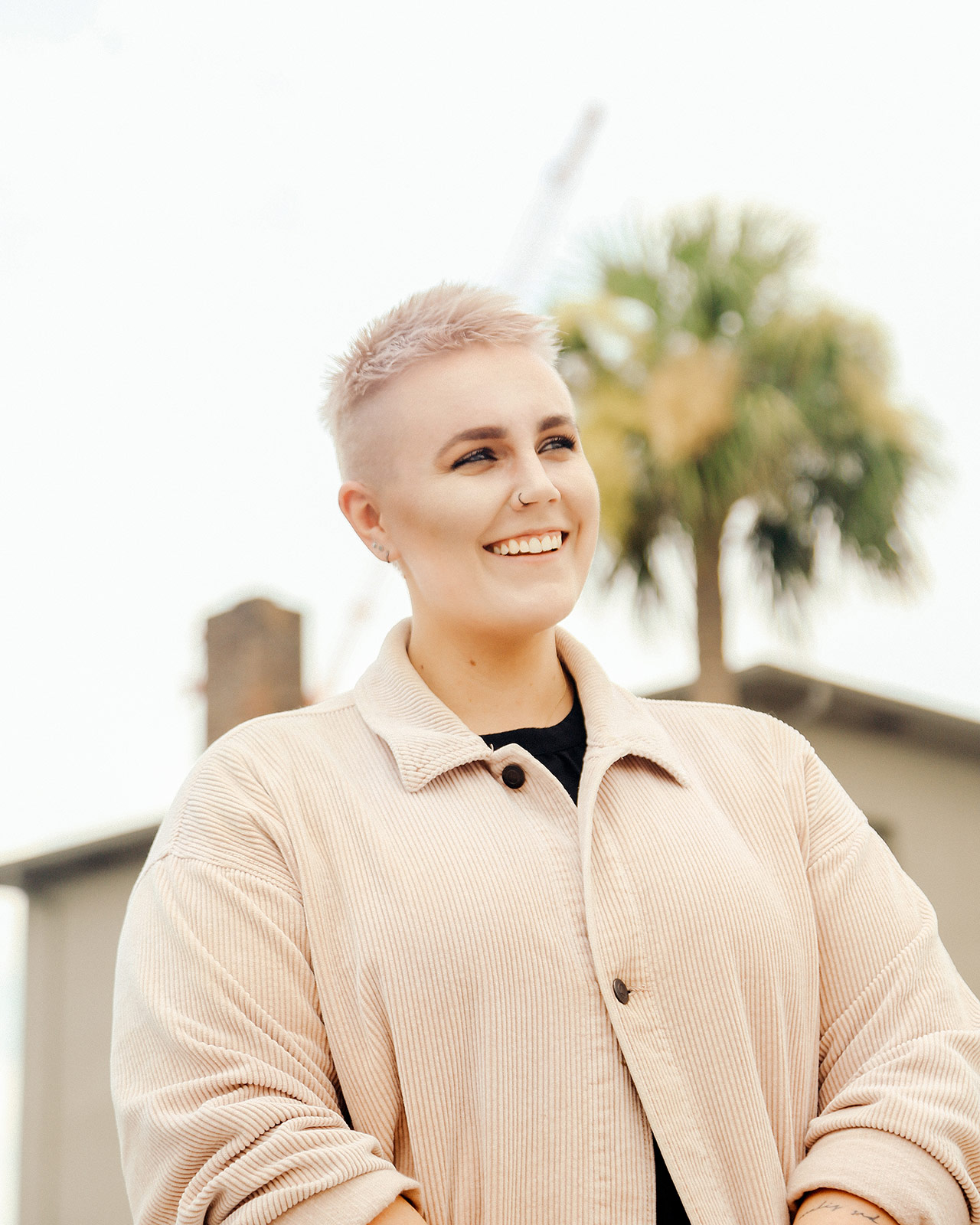 Making films has always been a form of entertainment but for Maegan Mann, the art of filmmaking can be so much more. Drawing inspiration from the human stories around her, the ones often overlooked and unexplored, this burgeoning filmmaker wants to do more than just make a pretty blockbuster. With her short film October, having recently been featured in Los Angeles’s annual LGBTQ+ film festival Outfest, these stories are now receiving the recognition they deserve. We had the opportunity to talk with her about the start of her journey in filmmaking, where she finds her inspiration, and the stories she feels like need to be told.

First and foremost, can you tell us a little bit about Maegan Mann? And what inspired you to get into filmmaking?
Films were such an important part of my life as a kid but it took me a very, very long time to realize it could actually be my career. It was definitely a gradual process for me: I went from writing to acting to editing. All of which I love, but none of them were completely fulfilling. Growing up, I didn’t think directing was an option – I never noticed any female directors and it’s hard to become what you do not see.
The day I discovered Agnès Varda changed my life. It was my first semester of college, studying biochemistry, and a friend of mine recommended me to watch Cleo from 5 to 7. I was in shock, it blew my mind, it felt so me. It took me a while to gain the confidence to say, “I am a director”, but I think that’s the moment I decided I would, at the very least, try to be.
What is it about the human spirit and our relationship to the world around us that drives you to create raw, character-based stories?
I love people; that’s ultimately what fuels everything I do. I love trying to figure us out – we’re so full of contradictions and I’m intrigued by that. I want to learn more about what makes us similar, what makes us different, what makes us human. I think I might have been an anthropologist in a past life; maybe I should be one now, who knows. I sort of use this little fascination of mine to fuel the thing I love to do: tell stories.
Seeing your Self video allowed me to see the vulnerability of a woman, who like all of us, is trying to find her own way in this world. Why put yourself out there like that in a way that exposes so much of you to a world that can often be unkind and unforgiving?
For me, being an artist means exposing all of your most human pieces so you can adequately tell human stories. Sometimes, that means opening up an emotional wound in order to amplify all that for someone else to see; hopefully, someone who feels the same things but is too afraid to confront them. I expose myself so others can see themselves reflected. I expose myself in hope of someone understanding him or herself more. It’s all about helping people see themselves. Yes, sometimes the world is unkind and unforgiving but it’s also filled with so much grace, beauty, and wonder, and I want to experience all of it.

Can you please explain why you chose to focus the subject of your film October on a Ugandan teen who is struggling with her identity in, what many would say, one of the most homophobic countries in the world? Especially since media, in general, tend to avoid controversial topics like transgender identity in countries like Uganda.
That’s a huge reason why I made October: I’m tired of trans stories being considered controversial or taboo. They’re human stories and they need to be heard. Uganda proposed an anti-homosexuality bill that not only made “aggravated homosexuality” illegal and punishable by death but also made it illegal to “recognize” or “promote” homosexuality in any way. Thankfully, the bill was nullified, but LGBTQ+ individuals are far from safe.
Ultimately, I made this film because I wanted to show and better understand what this type of oppression does to an individual. I hope, in doing so, people see the main character, Dembe, and believe she should be protected, listened to, and valued – and that they reflect that mentality in their own communities.
Over the course of October, Dembe repeats to herself, “A little green monster grows inside of me.” I’m assuming that monster is jealousy? And if so, why use such a poignant metaphor to describe Dembe’s desire to be a girl throughout the film?
Jealousy was an emotional thread between a lot of trans women I spoke with in prep, so I really wanted to incorporate it into the story. Andrel McPherson, the actor who played Dembe, wrote the poem Little Green Monster for the film and it fit incredibly well. The poem is so subtle and shows Dembe trying to understand and come to terms with who she is. It’s raw and real and expresses an emotion nearly every girl Dembe’s age experiences. The reasons for her jealousy might be a little different than most but I hope the metaphor helps the viewers who might not be as informed on the LGBTQ+ community better understand and relate to Dembe
Your film November has an extremely subtle meaning that could be easily missed if not careful. Why did you want the film to have such a subtle nature especially concerning a complicated theme like death?
I wanted November to be more of a feeling than anything else – what depression feels like to me. Margot, played by Charlotte Van Kemmel, is struggling with her concepts of life and death because her career (she works for a medical examiner's office) has melded the two together. Her work is naturally full of death and her life feels like it is too. I held onto the simplicity and subtlety of such a complex topic because it felt like that was a more true and honest way to approach the subject matter. This film is quiet by design.

“I want to learn more about what makes us similar, what makes us different, what makes us human.”
January, September, October and November are the titles of four of your works. What relationship is there between the months’ meanings and the works’ content? And is there any relationship between all of them? And also, are you aiming to complete the missing months with more films?
I’ve been asked this question a lot, especially because I’ve made a few films that aren’t named after months. It started as something very simple. I wrote three scripts and all the main characters were named after a month. It was completely unintentional but it made me want to keep going. From there, I decided I wanted to make a collection of films all of which were named after months and my own personal connection to them. I have a few ‘rules’ to giving a month title to a film but it mainly centres around how I view it.
January is about how the Muslim/travel ban affects a young high school boy, played by Johnny Hamati; the executive order was put in effect on January 27, 2017. September is a visual poem about depression – people most commonly experience Seasonal Affective Disorder (Seasonal Depression) at that time. October is about identity, something I always link to October because of Halloween. November is about death – it’s the first month you really start to see the world change and die.
I’ve made a few others as well: March, April, June, July. It’s grown into something deeply personal, a collection of films that reflect, to me, what it means to be human. I’ll definitely be completing the full twelve, but since it’s such a personal project, I don’t want to rush it. They will all be completed in due time.
The fashion film Poetry of Decay is visually stunning and shows the beauty in the decayed nature of the surroundings. Was showing that kind of beauty in an environment that most people would not consider beautiful difficult to pull off?
I’ve never thought of it that way before, as far as whether or not it was difficult to pull off. I was working with an incredible group of people and from the get-go there was a strong concept for the piece. The designer, Basie Minus, had powerful inspirations for her design and what it means to be both decayed and beautiful. All of us were very aware of the fact that we were trying to capture something that might not be conventionally beautiful. But sometimes, pain, destruction and decay are just that. The combination of the music (Dolorès, by Astre) and cinematography (Demi Waldron) really helped elevate the beauty of the piece as well – both are beautiful by design but have a sadness to them that really adds to the world we were trying to create.

You seem to favour ambiguous endings to your films as seen not only in October but also in November. Why do you seem to shy away from satisfying conclusions most often expected by viewers?
I love ambiguity. I think it’s because life, to me, is very ambiguous and open-ended. I rarely experience anything singular. I don’t like fairy tale endings or revealing too much. I’m attracted to characters and situations that are ‘both/and – both right and wrong, sensitive and strong, cold and compassionate – because people, and life itself, are full of them. I want to tell stories that showcase people filled with these complexities, these polar opposite emotions and beliefs because that’s what I’ve experienced.
Ambiguity leaves a lot of room for interpretation and I like that. I want you to fill the gaps with your own ideas and experiences, I want you to come to your own conclusion, even if it might not be the one I intended. At the end of the day, my reality is mine and your reality is yours; and that’s okay.
I know that your upcoming project is called Maud and will focus on women’s reproductive health. Again, why such a controversial subject in a time when women’s reproductive health is such a polarizing topic?
I think it’s my job, as an artist, to reflect on a subject matter that’s often difficult to talk about. I don’t think, in any way, that women’s reproductive health should be a controversial subject and I have a hard time understanding why it actually is. We cannot ignore these issues any longer, especially given the current political state in the United States. Family planning facilities are vital parts of women’s health care, they are much more than places to get an abortion – and even if they were, why are we trying to deny women access to safe abortions?
Maud, played by Alexa Robbins, is diagnosed with cervical cancer at a family planning facility. Instead of telling her brother and sister-in-law, she suffers silently through their family dinner – without facilities like these, so many infections and diseases would go unnoticed and untreated. Stories like Maud’s, Dembe’s, and Margot’s need to be told in order to help lift the negative and controversial stigma society has put on them.
In addition to this one, what’s next in store for you?
I’m just trying to create and be as present as possible. I wrapped principal photography on Maud and will start the editing process in the next few days. I have a handful of shorts being submitted to festivals and I’m writing my first feature. All good things, I’m very excited about the future. 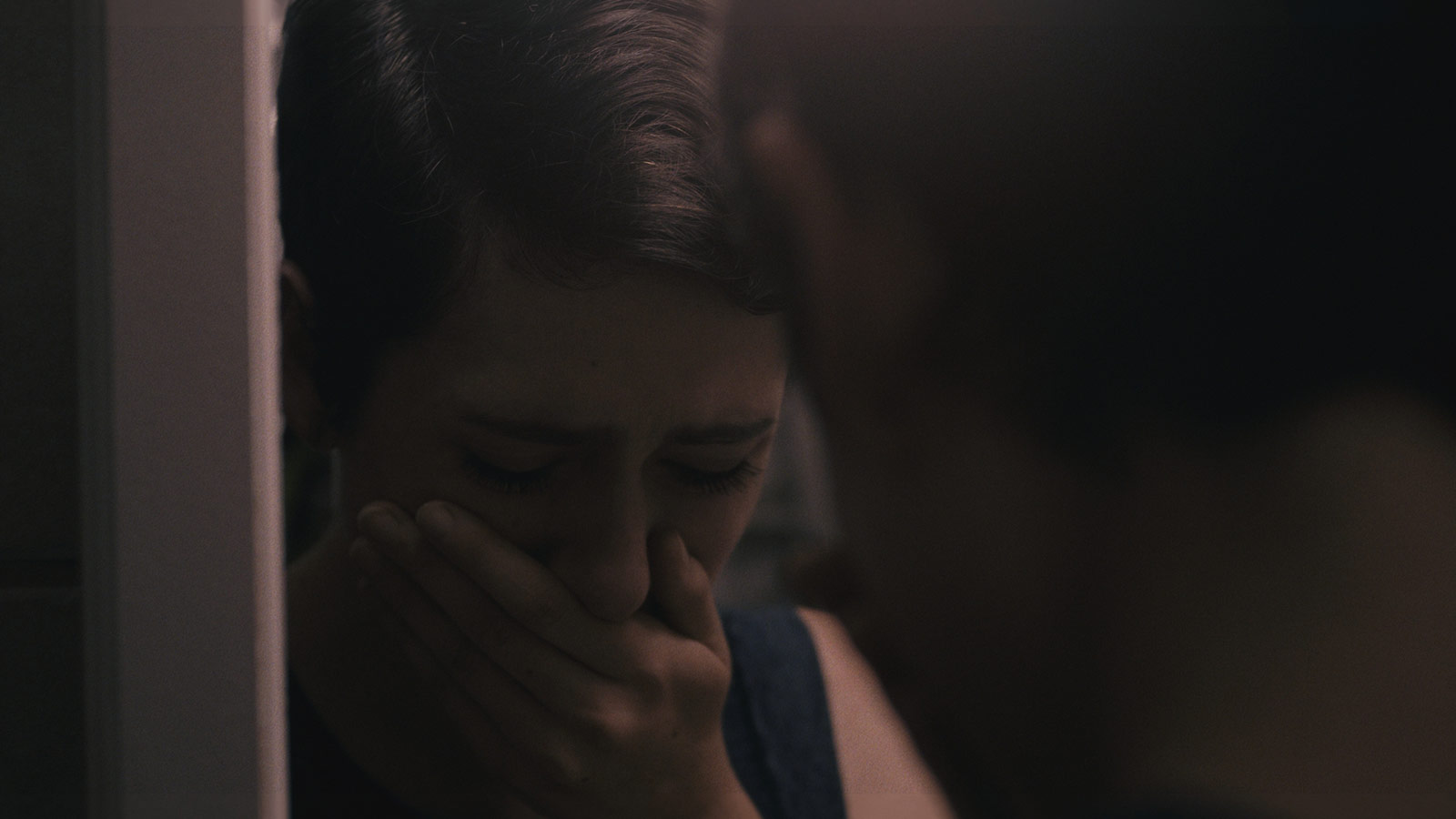