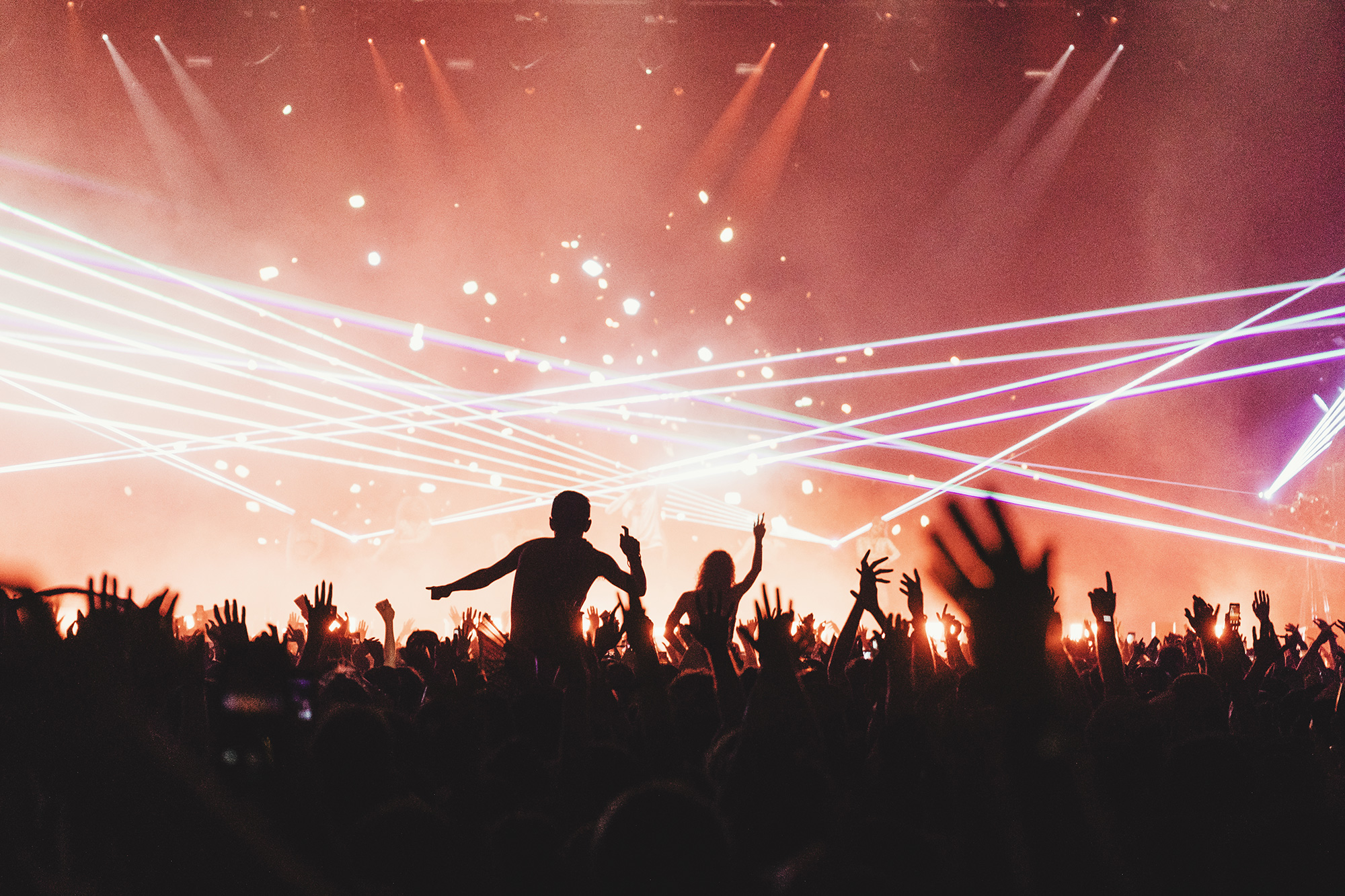 Mark your calendars because Sónar Barcelona is back in full force from June 16th to 18th. With artists from the five continents coming together to celebrate music, creativity and technology, this year’s edition marks the glorious comeback of the festival as we used to know it – and we couldn’t be happier about it! Welcome to the new summer of love.
Even though the organisers celebrated a more intimate, small format edition in 2021, this year is set to be as big as always: internationally acclaimed artists like The Chemical Brothers, Arca, Moderat, The Blessed Madonna, Richie Hawtin, Headie One or Nathy Peluso will share stage with more up-and-coming talents from around the world including Serpentwithfeet, Sega Bodega, La Chica, Coucou Chloe, Yung Singh, Kiddy Smile, MBODJ, Jyoty, or Giant Swan. Expect everything from house music to hip-hop, to techno, flamenco, synth pop, and more.

On its quest to celebrate music diversity and avant-garde creation, it also gives space to unique proposals like that of Niño De Elche, who’ll be presenting Concert de músika festera, an hour-long performance with Ylia (DJ) and La Valenciana (band) intertwining folk, flamenco and electronic music; or that of Maria Arnal and Marcel Bagés, with their show Hiperutopia, a “heavy and atmospheric staging of the album Clamor in which the songs expand to incorporate a storm of human choirs and geological sounds.”

For those more interested in the intersection of art and technology, the SonarComplex stage will also host haunting shows by Eartheater, Lafawndah, or Lyra Pramuk, among others. And for the first time ever, Sónar+D (the technology-led branch of the festival) will have a stage open to everyone featuring AV shows, talks, and performances by artists including Sougwen 䇤君 Chung, Bernie Krause, or Monira al Qadiri.

As usual, the list of artists we want to see is endless (especially after 2 years without live music festivals), so we want to make it easier for you by highlighting the top ten performances you can’t miss if you’re in Barcelona. 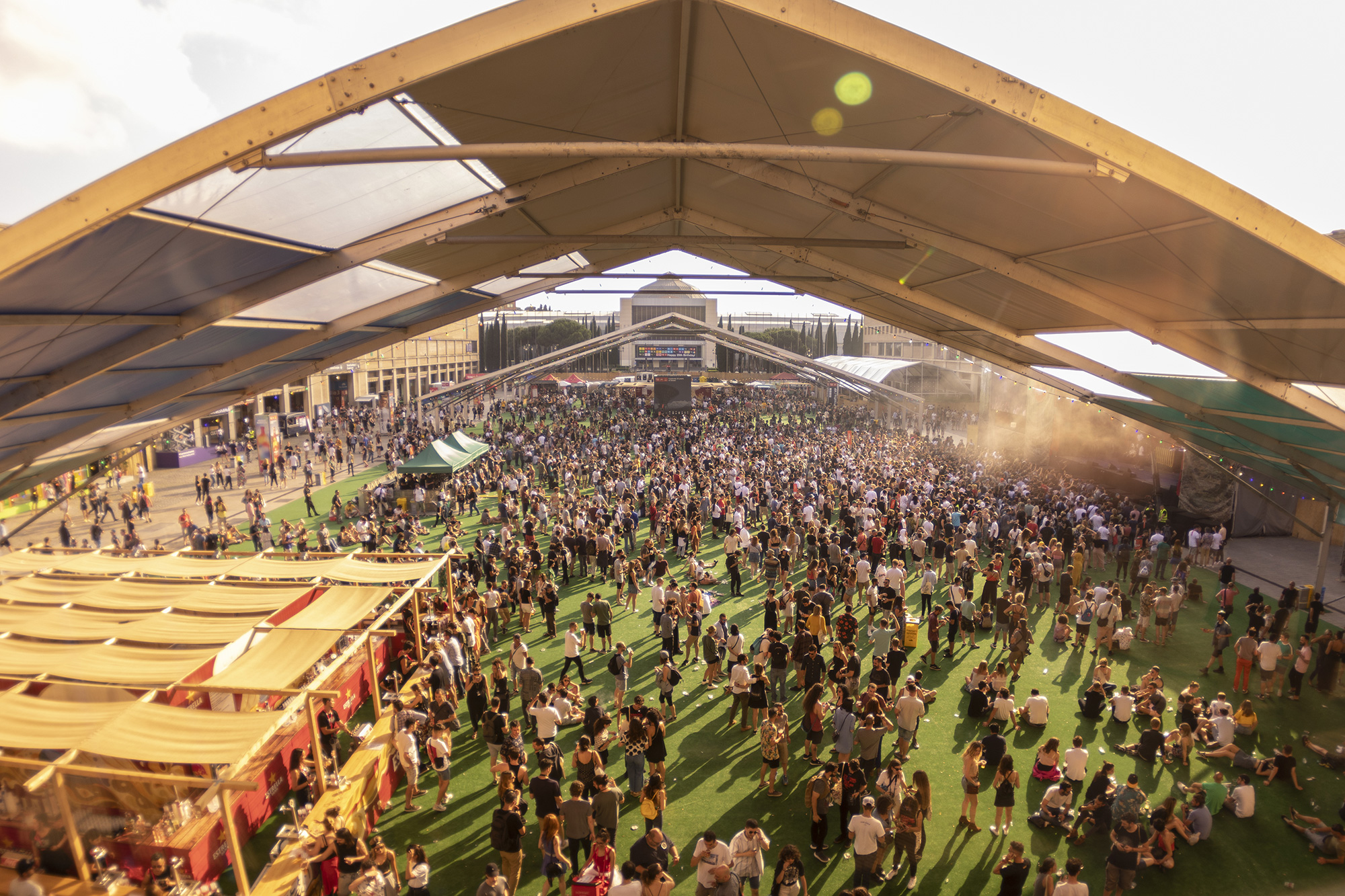 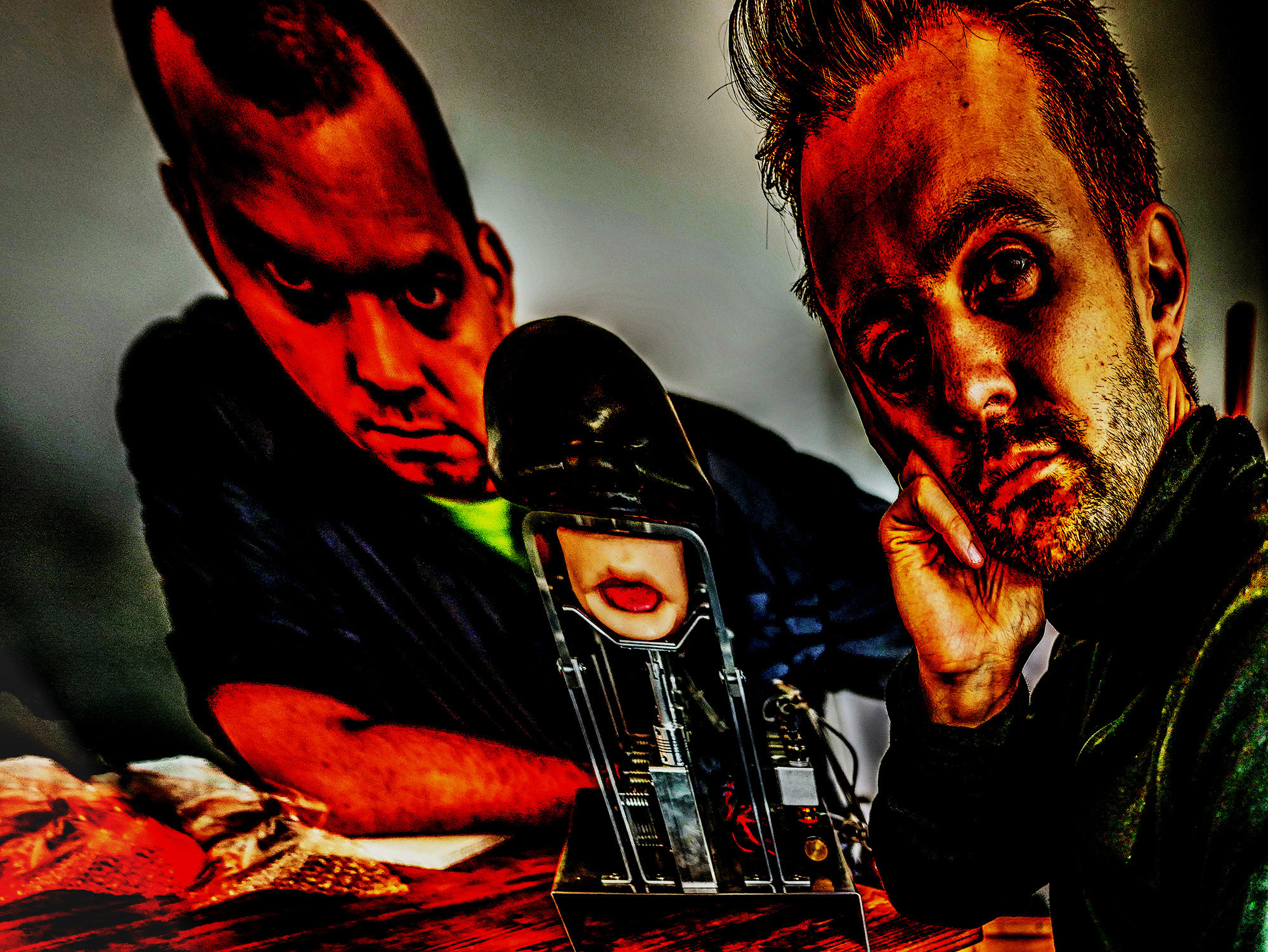 The undisputed duo of experimental electronic music will bring to life Tearless, the album they released in 2020 amidst the pandemic. With influences ranging from hardcore to nu-metal and even commercial pop, Ville Haimala and Martti Kalliala will present their second album with a huge, strobing AV show in collaboration with artists like PWR and Freeka Tet. 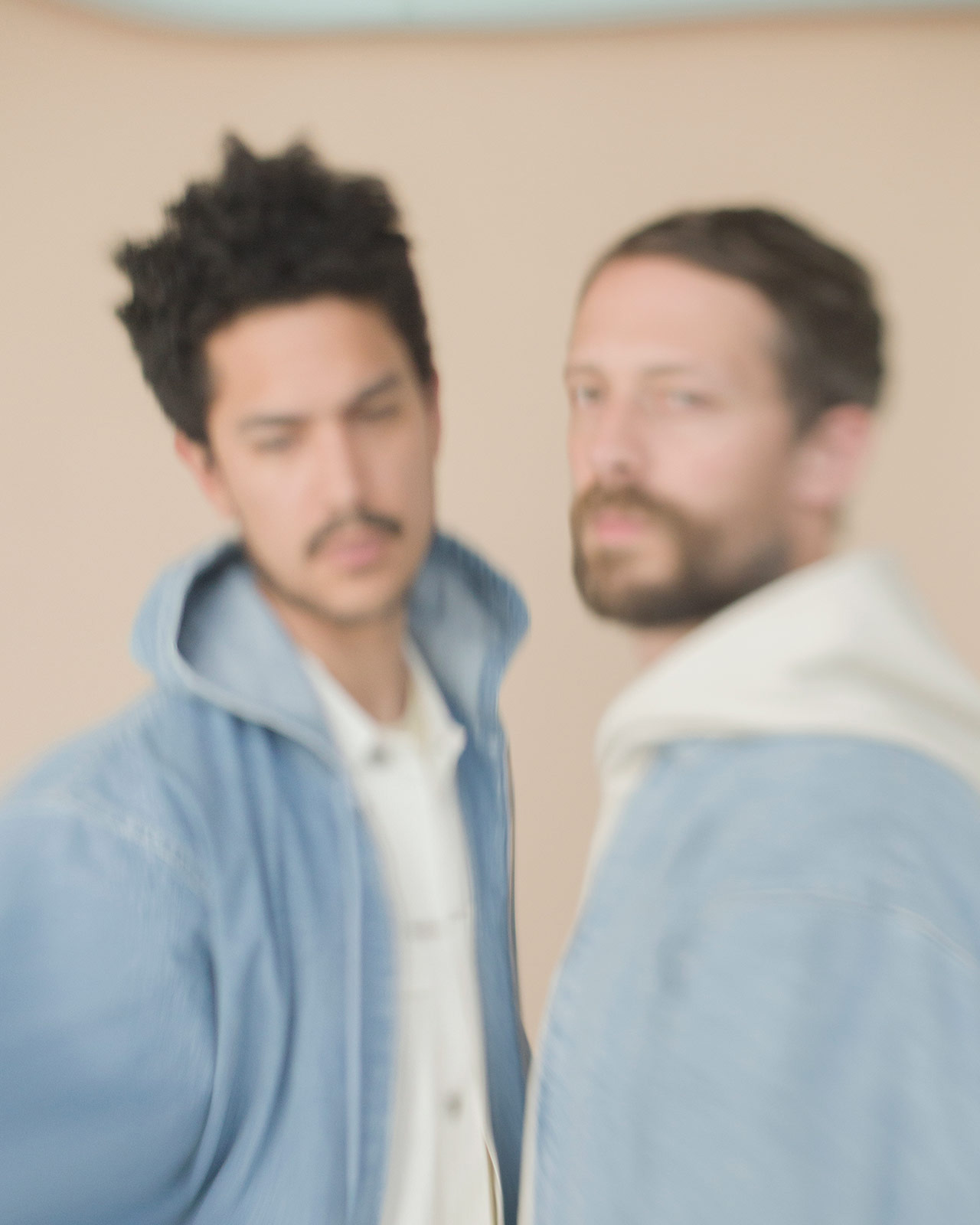 It’s hard to escape the cinematic universe of The Blaze, which first debuted in 2016 and consolidated with 2018’s album Dancehall, which featured hits like Heaven or Her. Globally acclaimed both for their songs and music videos, the French cousins are brining their ethereal and heartfelt electronic sounds to Sónar for the first time on Friday night. 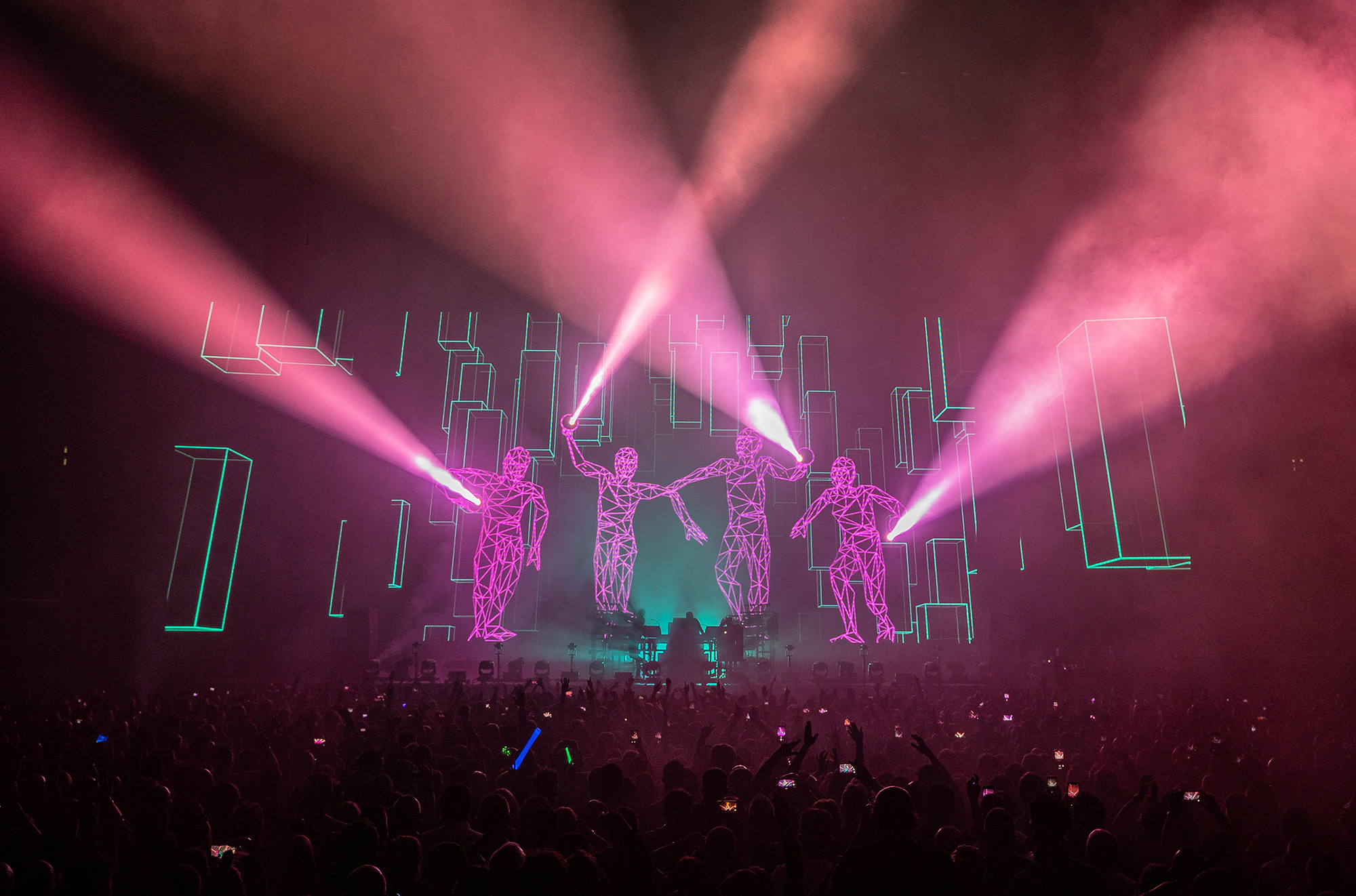 What’s left to say about Tom Rowlands and Ed Simons? The British duo has been redefining electronic music for more than 20 years. Actually, 2022 marks the 25th anniversary of The Chemical Brothers’ seminal album Dig Your Own Hole, which featured intergenerational anthems like Hey Boy Hey Girl and Got to Keep On. At Sónar they’ll bring a new large scale AV show produced by visual artists Adam Smith and Marcus Lyall. Are you ready?

Jayda G
The Grammy-award nominee will put the icing on the cake on Thursday, the inaugural day of the festival, by closing with a DJ set on the iconic SonarVillage stage. Jayda G is known for her optimistic bangers and well-balanced style, which mixes genres like old-school Chicago house with disco or rare groove. 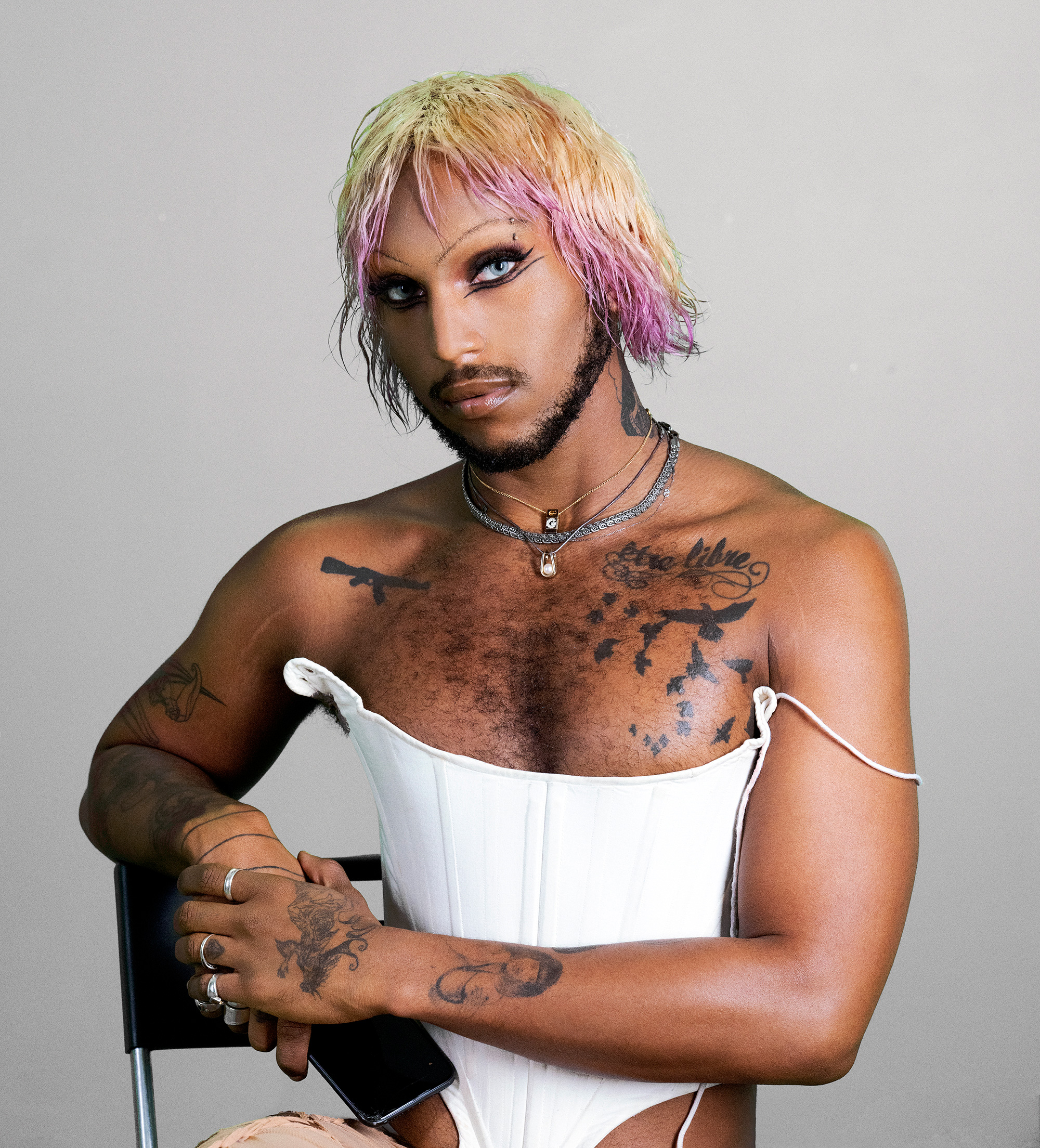 A staple of Berlin's current underground music scene, the New York-born artist is set to perform one of the most explosive concerts during Sónar by Day. Why? Because his goal is to reclaim the dance floor as a political and revolutionary space for Black and queer folk. And he achieves so everywhere he goes, whether it’s his native Brooklyn or anywhere else around the world. After releasing the EP Dedicated 2 Disrespect with XL Recordings in 2020, LSDXOXO is presenting it live for the first time in Spain. 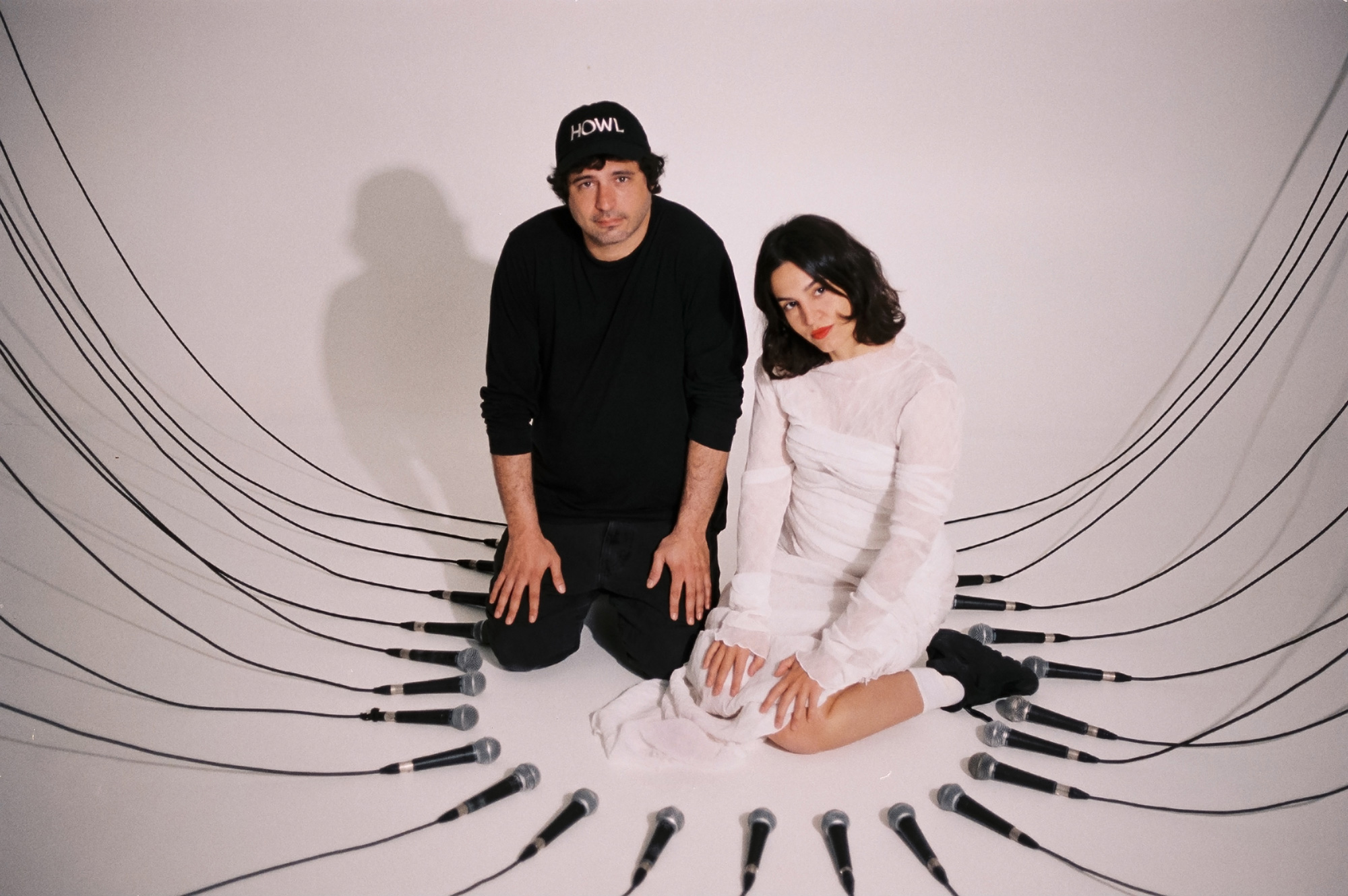 Photo: Lluís Tudela
The Catalan duo was the centre of attention with 45 cerebros y 1 corazón, their debut album published back in 2017. In 2021, they earned everyone else’s hearts with Clamor, their newest album. After collaborating with Holly Herndon and exploring the possibilities of technology and AI in music creation, Maria Arnal i Marcel Bagés will be presenting their new album live with a show titled Hiperutopia, which will make its debut in the festival. 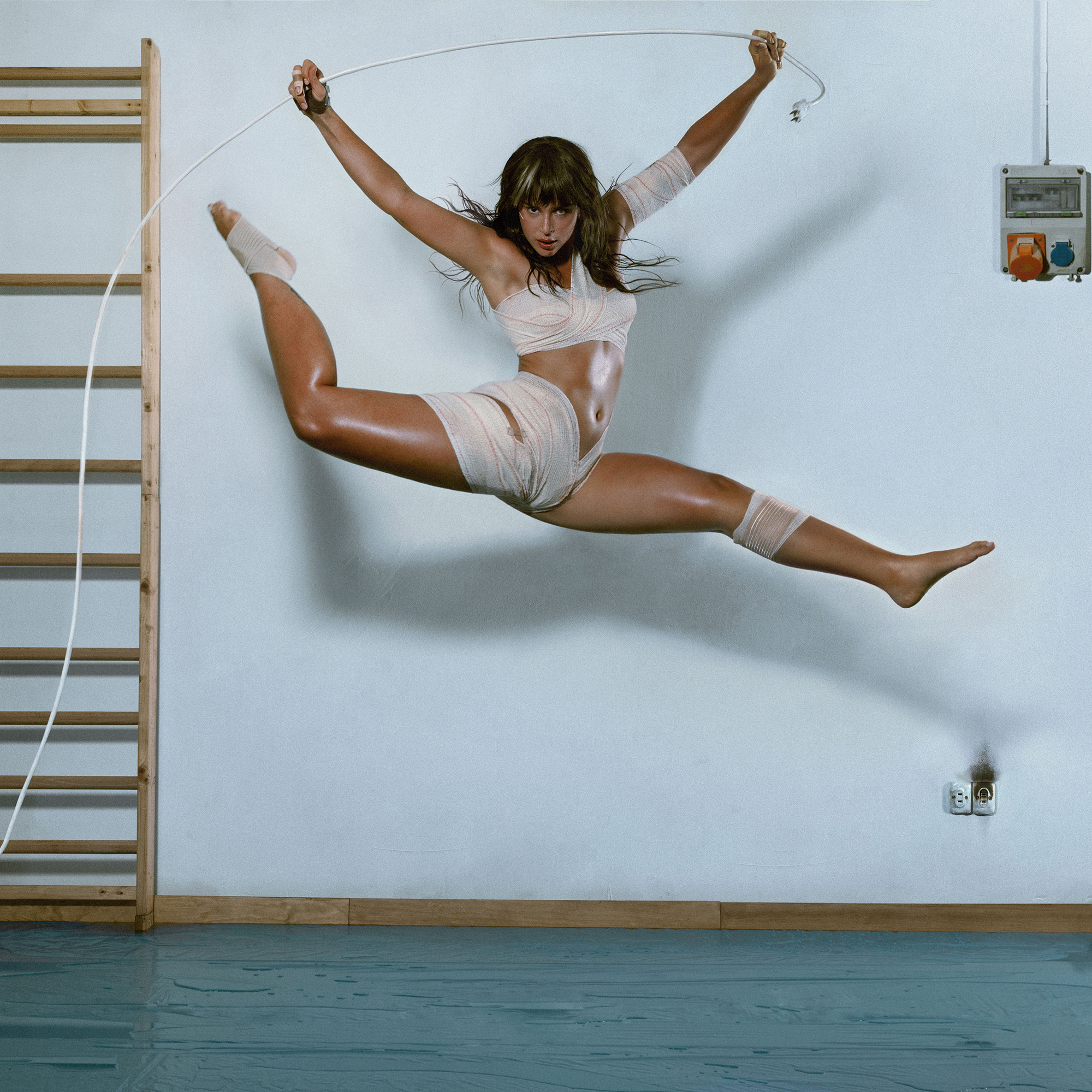 From Mafiosa to Sana Sana, to her megaviral BZRP session, Nathy Peluso’s bangers are everywhere. The Grammy-award winner is living a sweet moment, flying from city to city bringing her unique mix of jazz, rap, salsa, and genre-bending music. A powerhouse on her own, Nathy is definitely not to be missed. Also, as she sings on Friday night after C. Tangana, we all wonder: will they sing Ateo live? Fingers crossed! 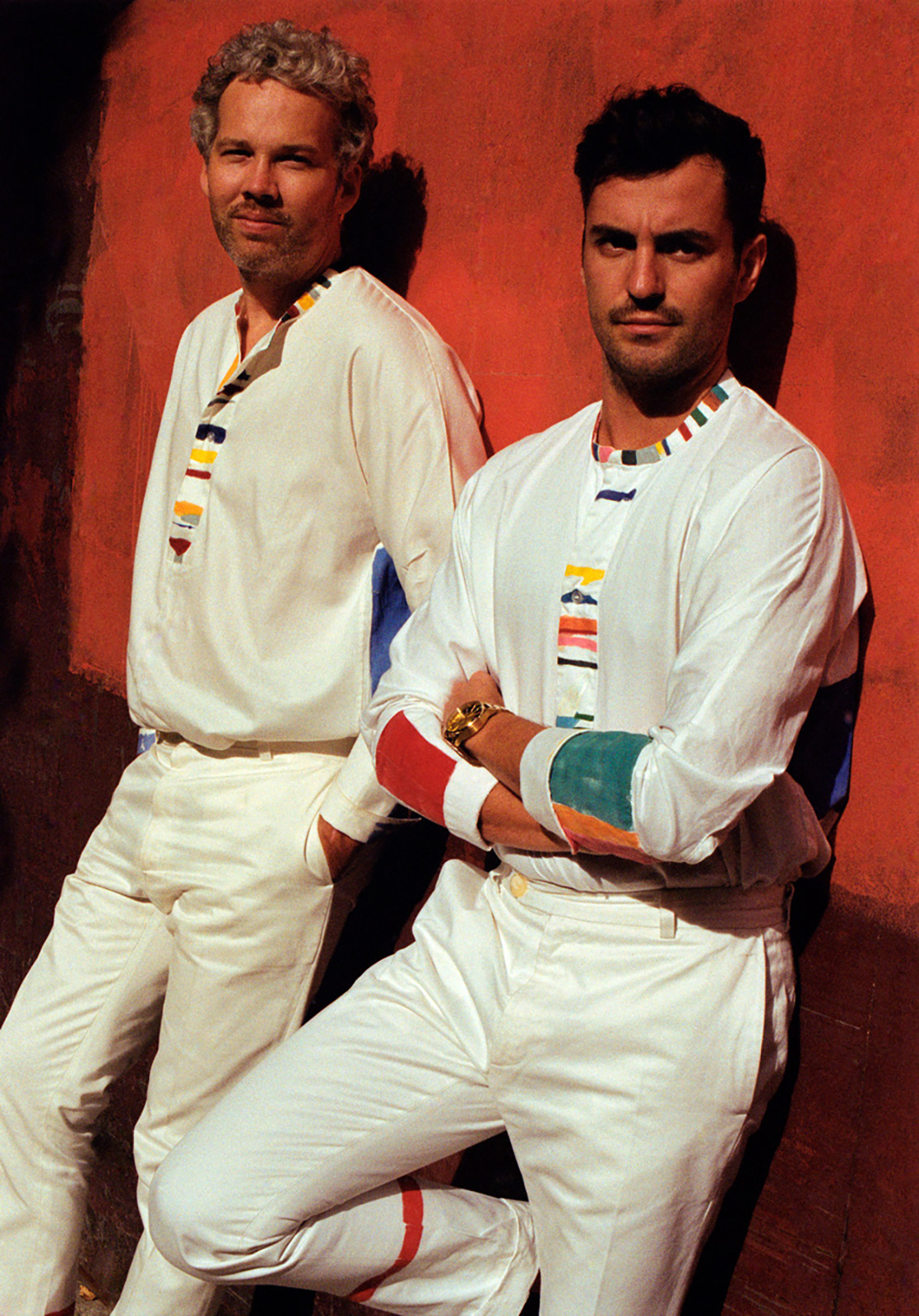 Photo: Juliette Abitbol
“It’s a conscious decision in our music and in our life to try to look at the brighter side of life. We hope our music spreads a bit of that optimism too,” the French duo told us a while ago when we interviewed them. And their sound is precisely about that: optimism, happiness, not taking life too seriously. After being one of the top highlights of Sónar Lisboa last April, they’re now visiting Barcelona to present their 2021 album, Cyclorama. 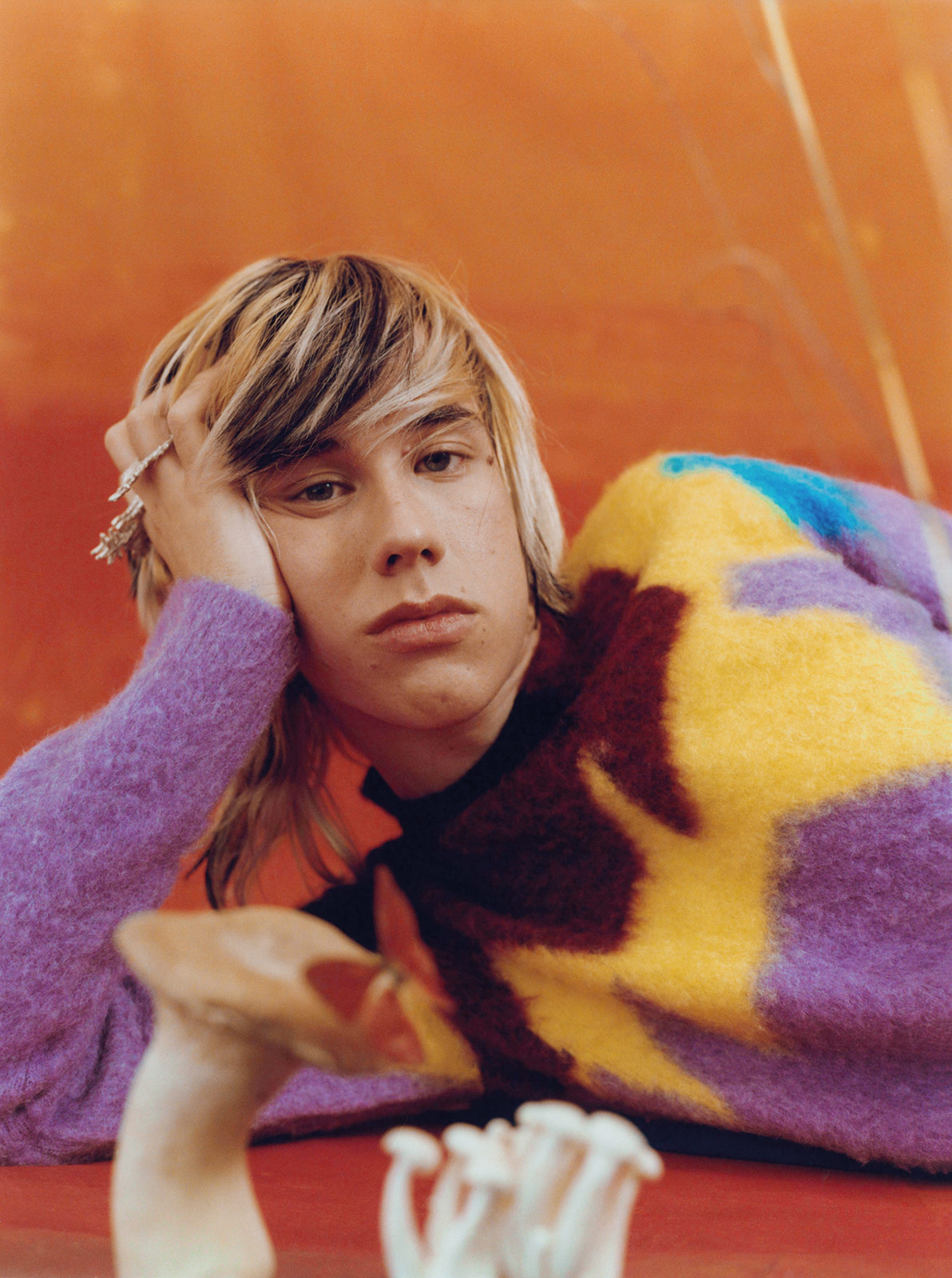 Photo: Pablo Escudero
Rojuu fans, rejoice! Because the artist is playing twice: first, on June 3rd, in the Fira metro station. And guess what? For free. The festival continues its collaboration with TMB by offering a unique free concert a few days before the main event. And he’s playing again on June 16th. The ACERO cover star has quickly become a sensation with songs like Umi and Tofu Delivery, and in 2022 only, he’s already released two new albums: Kor Kor Lake and Starina.

Tommy Cash
Tongue-in-cheek, surrealist, ironic, and always taking unexpected turns. This is Tommy Cash, the iconoclast rapper whose songs and music videos leave no one indifferent. Since becoming popular with Winaloto a few years ago, the Estonian artist has made waves and broke the Internet several times. With collaborations including Charli XCX, Moderat, 100 gecs, or Boys Noize, Tommy Cash is one to watch.