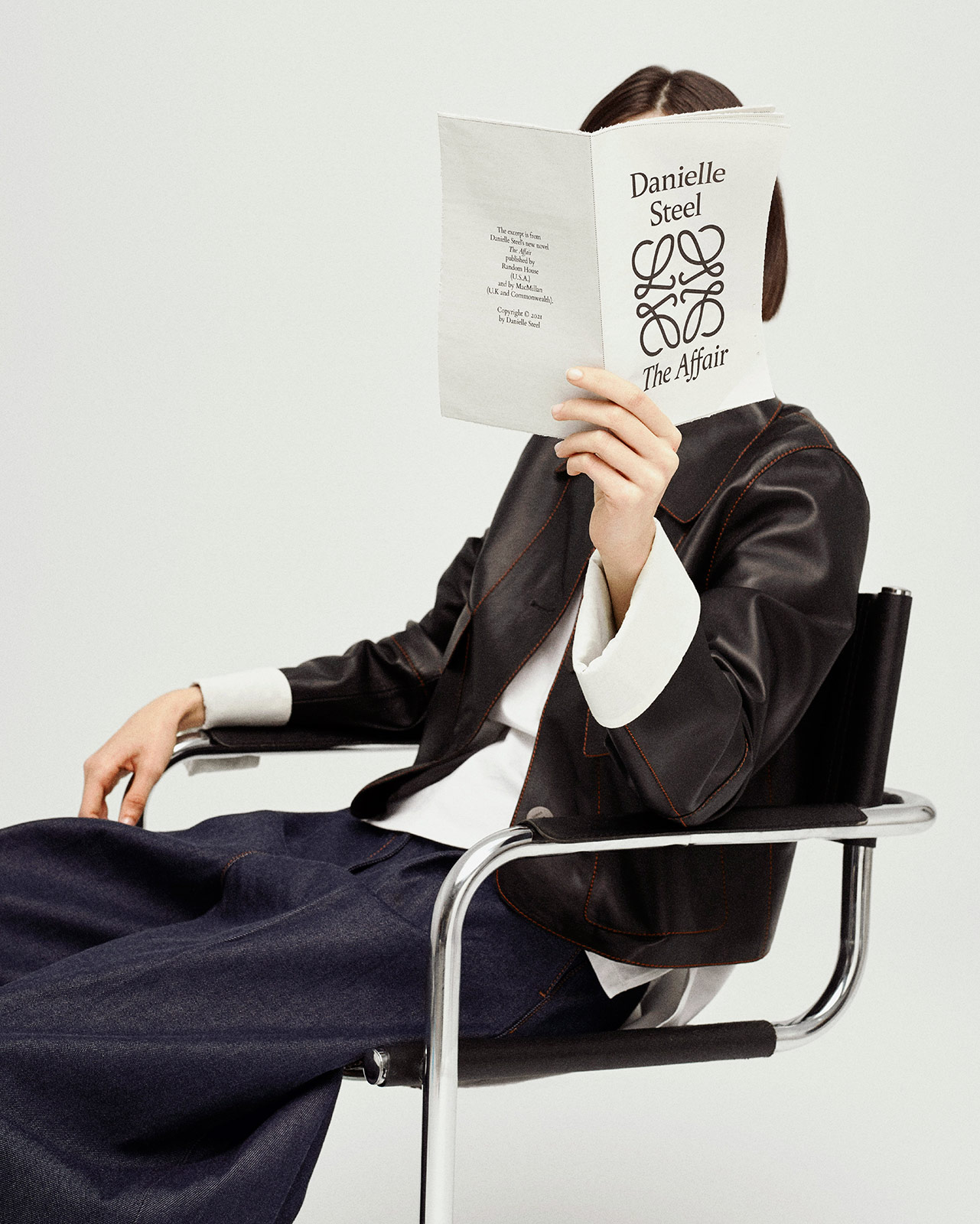 In a context in which fashion brands seem to be in a hurry to retake face-to-face shows as soon as possible, Loewe continues to bet on tangible elements, which can be sent and experienced by oneself in company or in solitude in its new collection, A show in the News. Simulating a global newspaper supplement and with a headline alluding to the cancellation of its planned presentation, the Maison unveils an explosive and geometric collection, accompanied by the first chapter from acclaimed novelist Danielle Steel's latest novel, The Affair.
Bad news, tragic events and frustrating headlines have been the usual tune in the newspapers for the past few months. Fashion has also been subjected to fatal events, being forced to cancel all the presentations that had been scheduled on a calendar that, if it hadn’t been altered, would be now spotlighting Paris in a hectic week. "The Loewe show has been cancelled," we read on the cover of the supplement created by Jonathan Anderson, who already presented his celebrated Show-in-a-box a few months ago, and which ended up leading to the Show-on-the-wall. But far from hurting himself for what he couldn’t do because of the pandemic, Loewe’s creative director walks without looking back, including the images of his proposal for the Fall/Winter 2021 season in the pages of this new format, revolutionary but taking the best of past times at the same time.

Complemented by the first chapter of The Affair, the latest novel by best-selling author Danielle Steel – whose new novel takes place in an ecosystem where fashion also is very present – the collection breaks with minimalism and homogeneity to bet everything on colour. And symmetry, a great protagonist of a proposal in which the perfection of the circle coexists with the instability of the asymmetric shapes, lines that converge and separate from each other and trapezoidal shapes.

The colour block ankle boots are an extra dose of futurism in a collection that draws from the past (including its presentation format) to project itself into the future, with special emphasis on its star bags. The Puzzle model is presented in coloured stripes, the Flamenco XL clutch shines more than ever, the Amazona bag captures the spirit of the fashion house having celebrated the 45th anniversary of its launch, in addition to the new Goya bag. Loewe continues to outdo itself in terms of creativity. What’s next? A personal diary signed by Jonathan Anderson in which he immerses us in his creative process, maybe? Only time will tell. 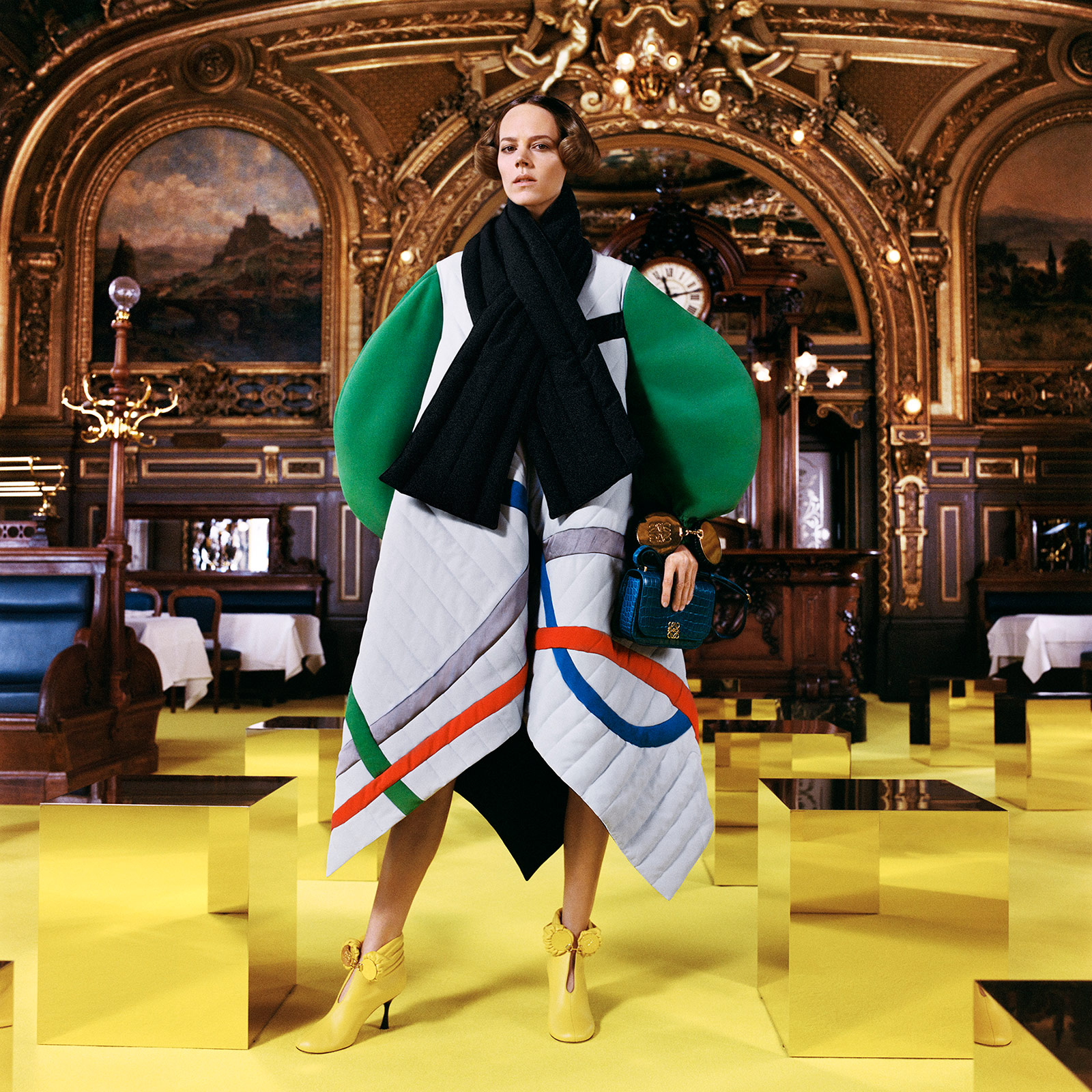 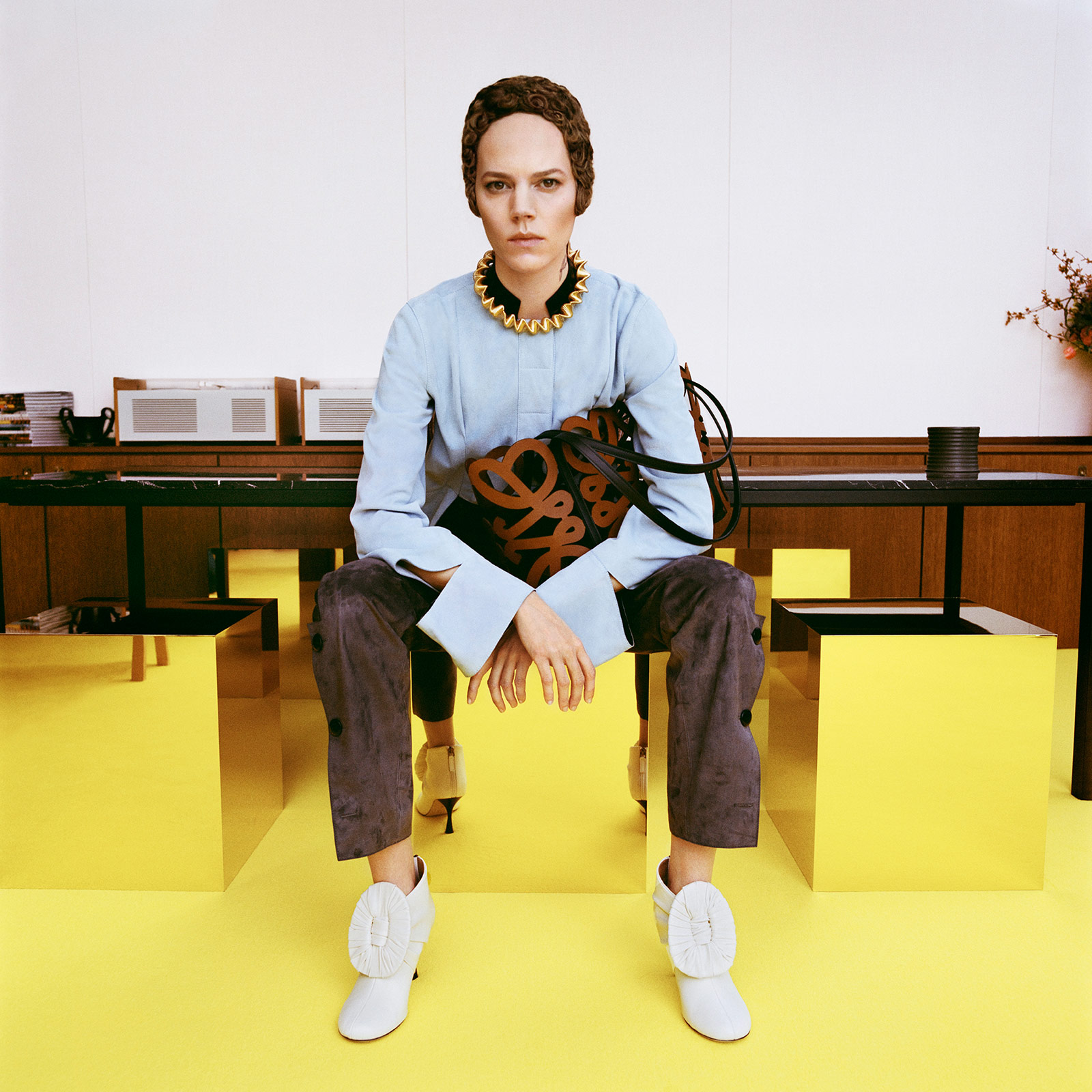 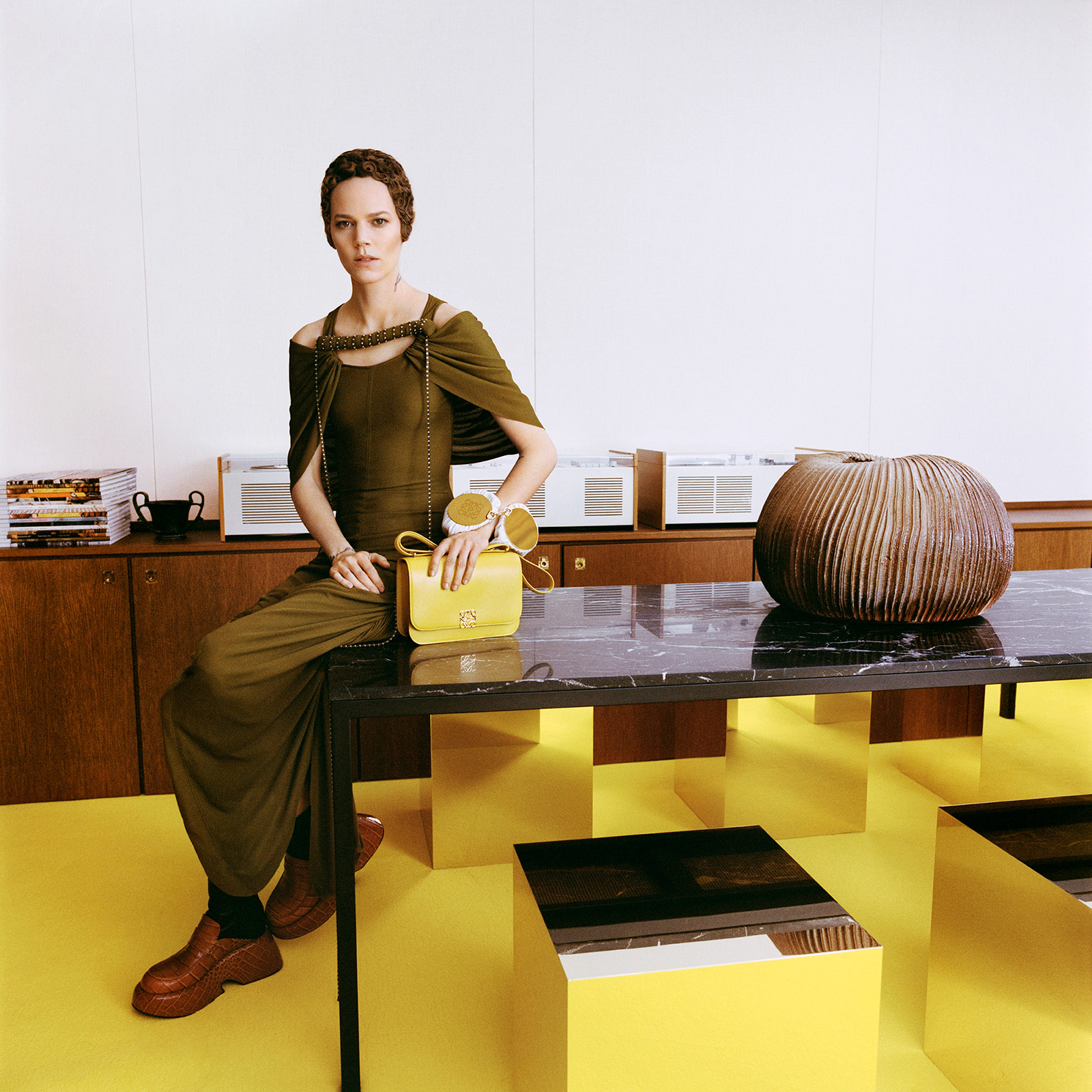 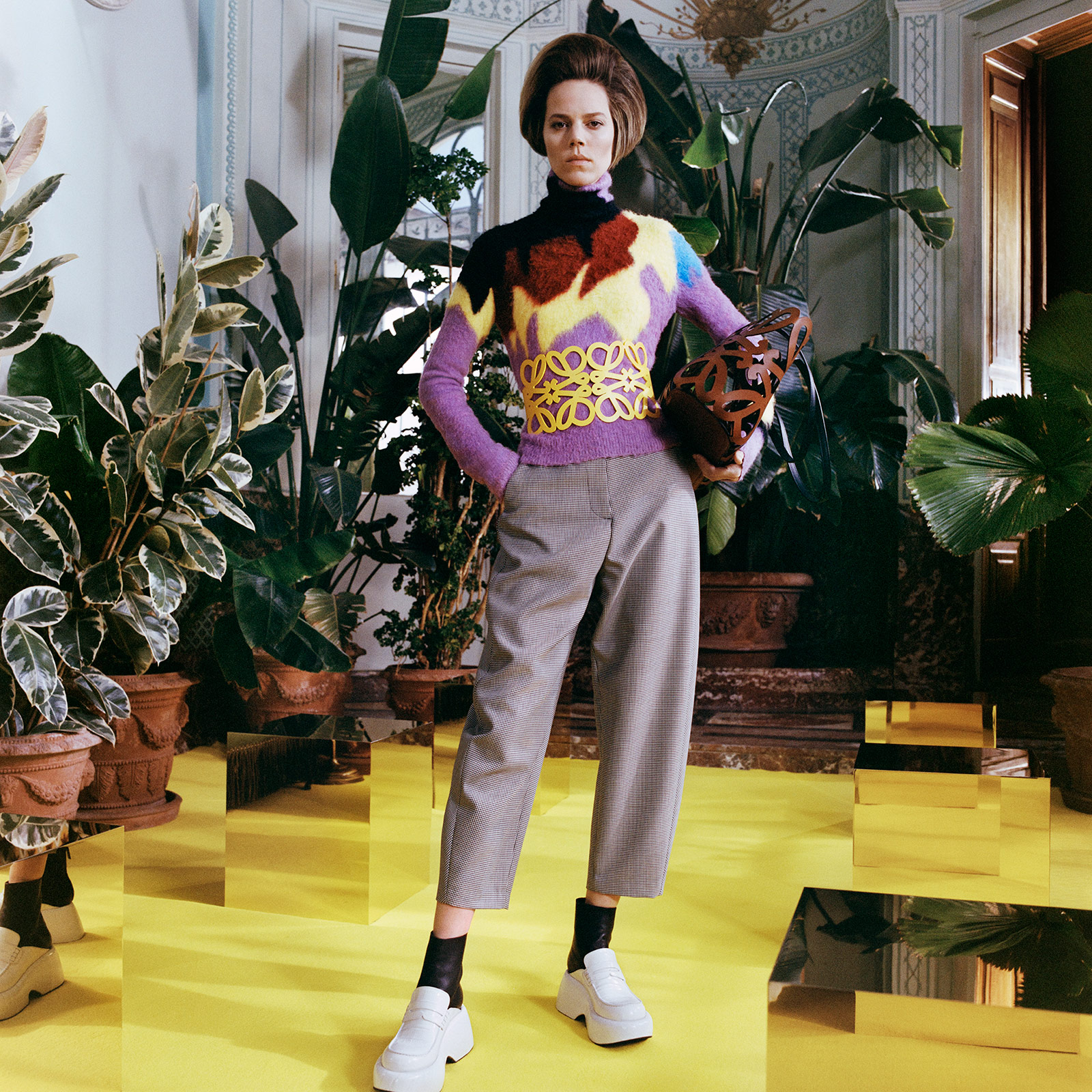 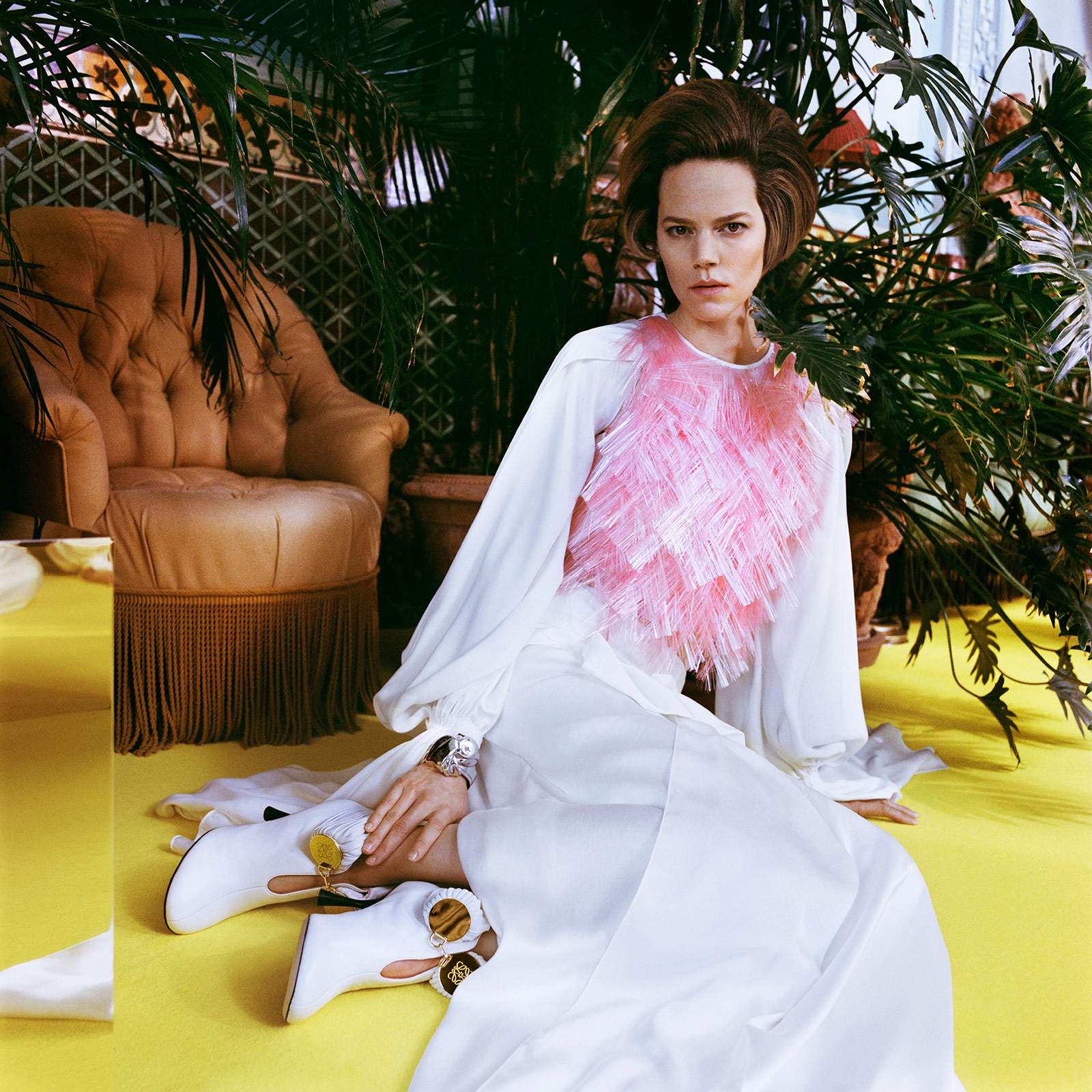 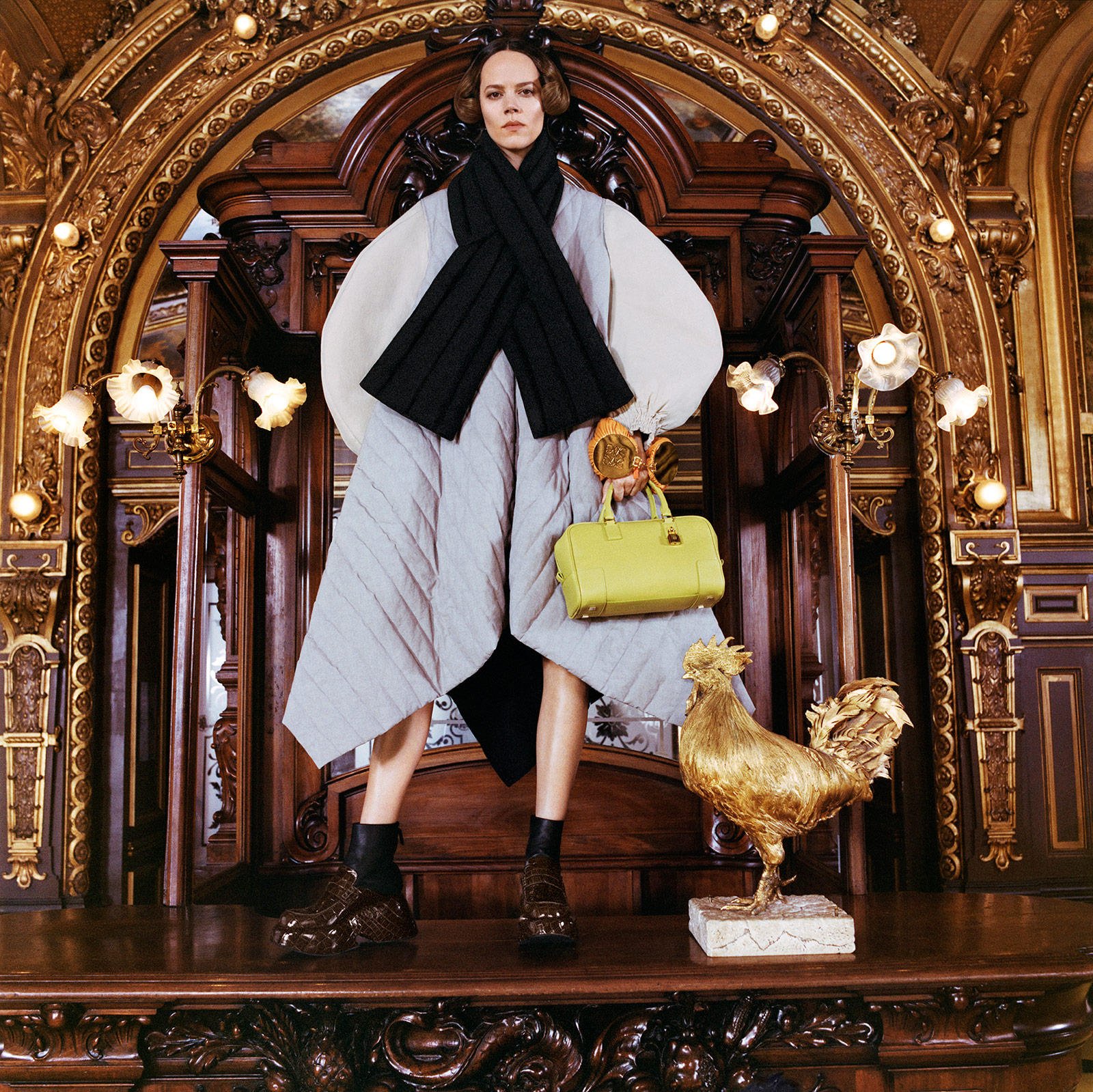 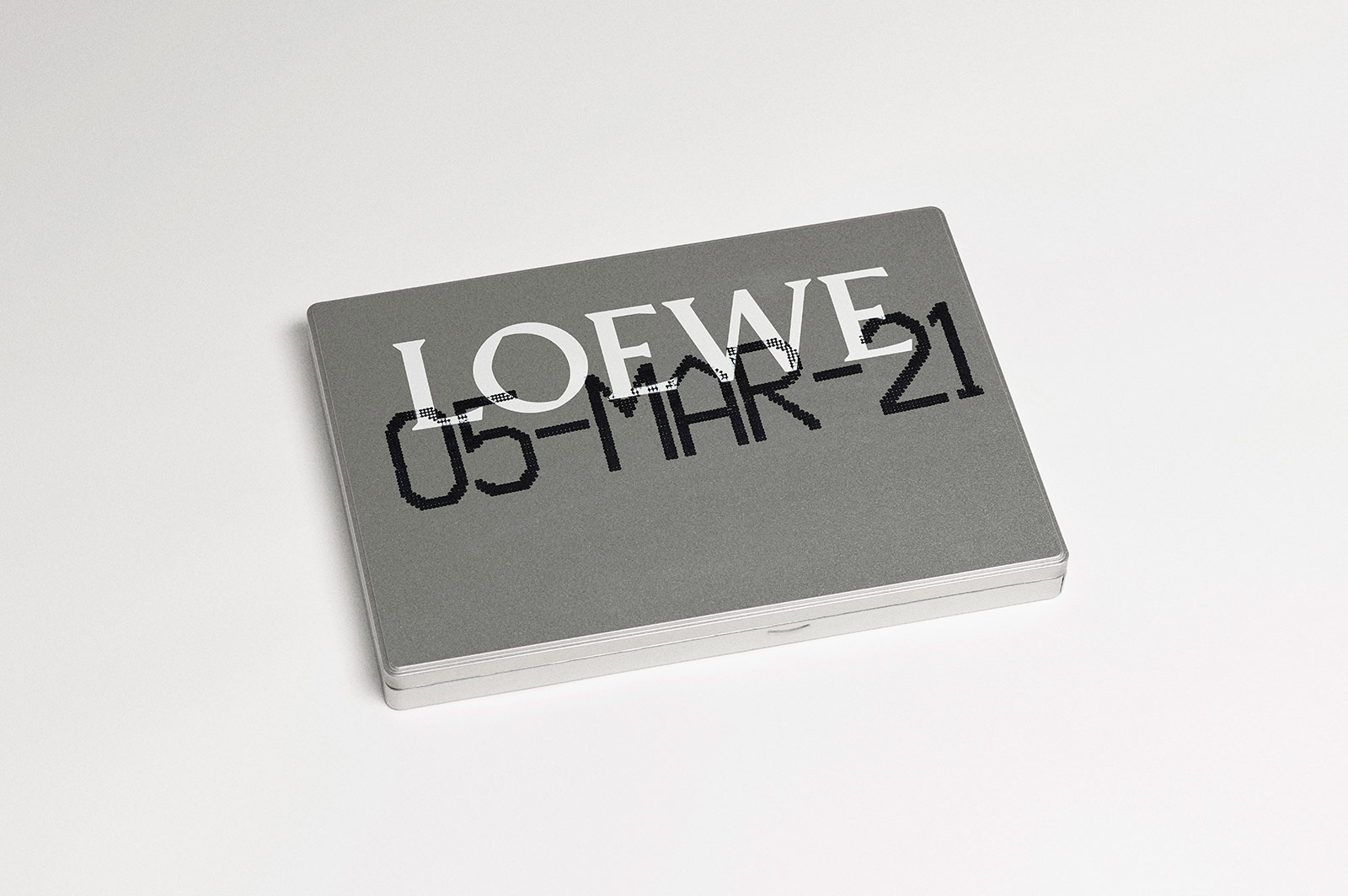 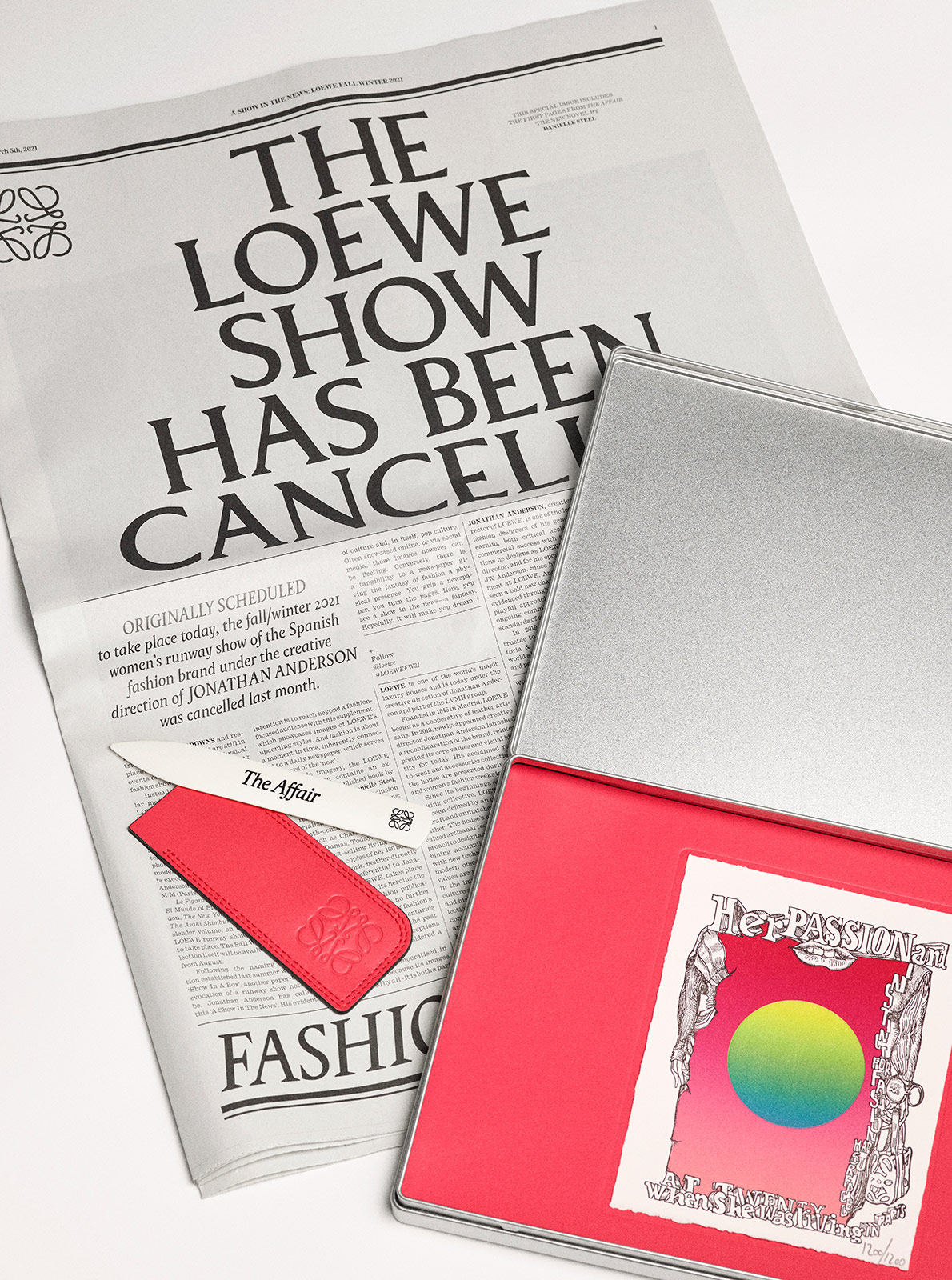 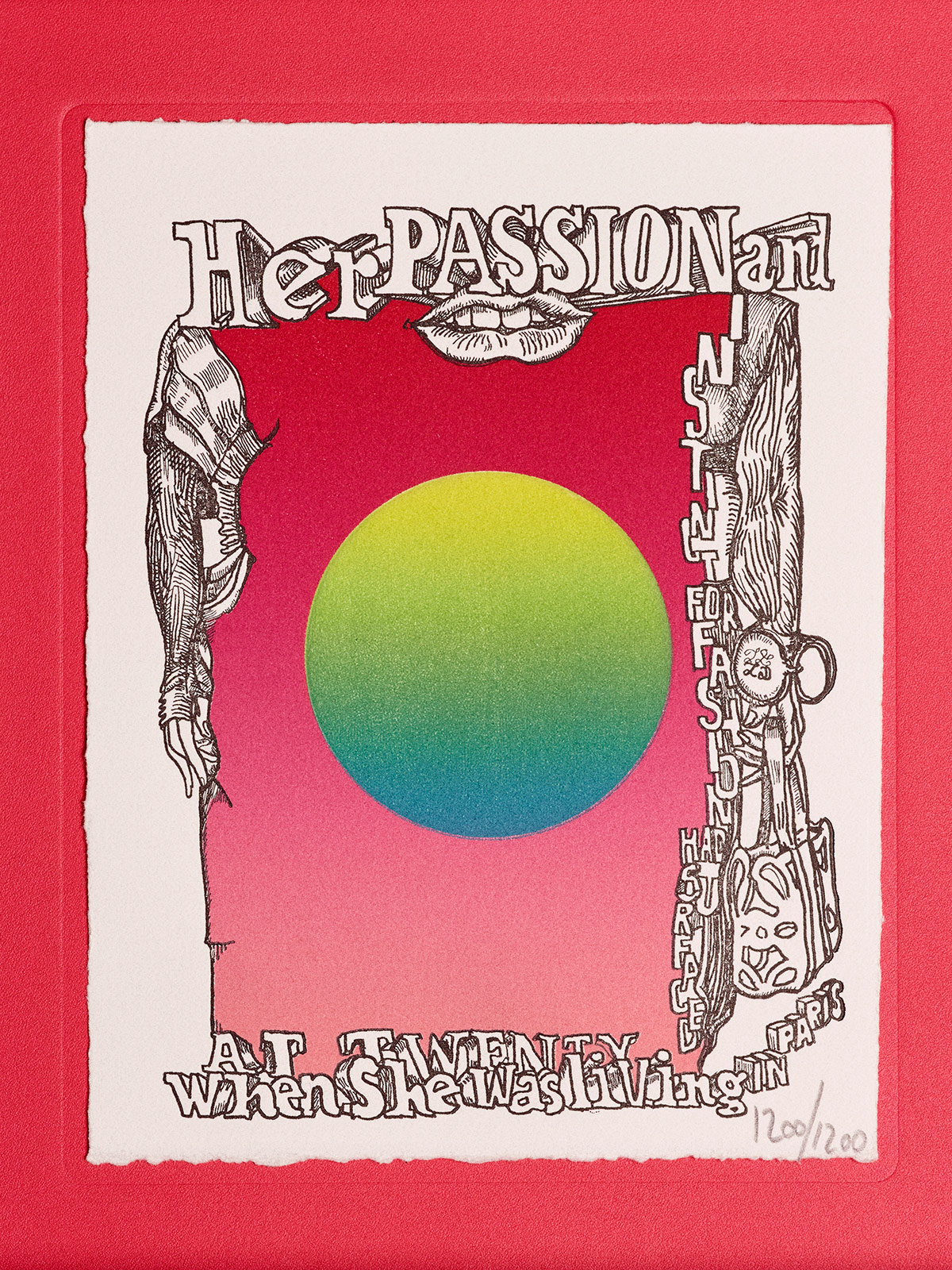 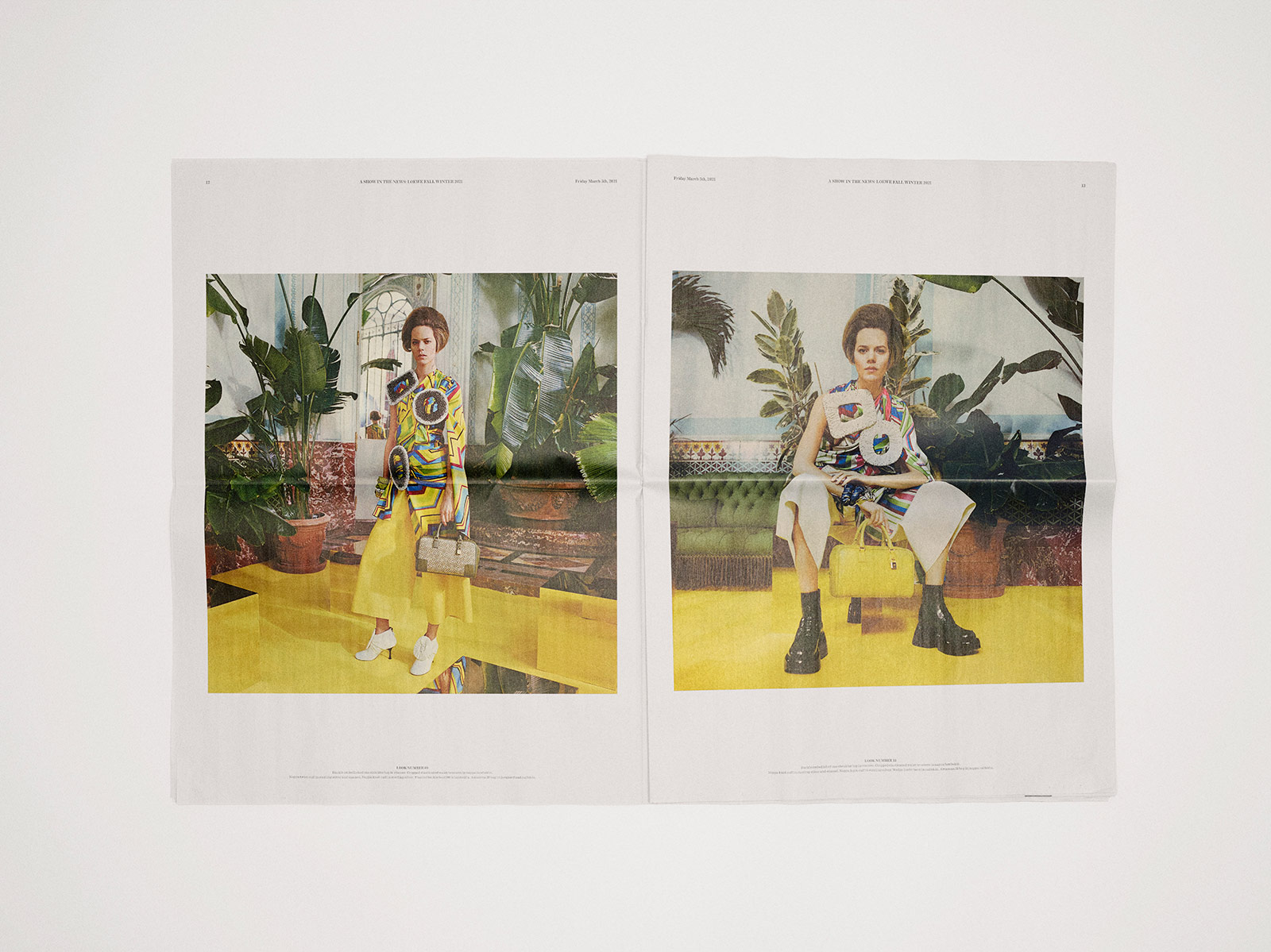 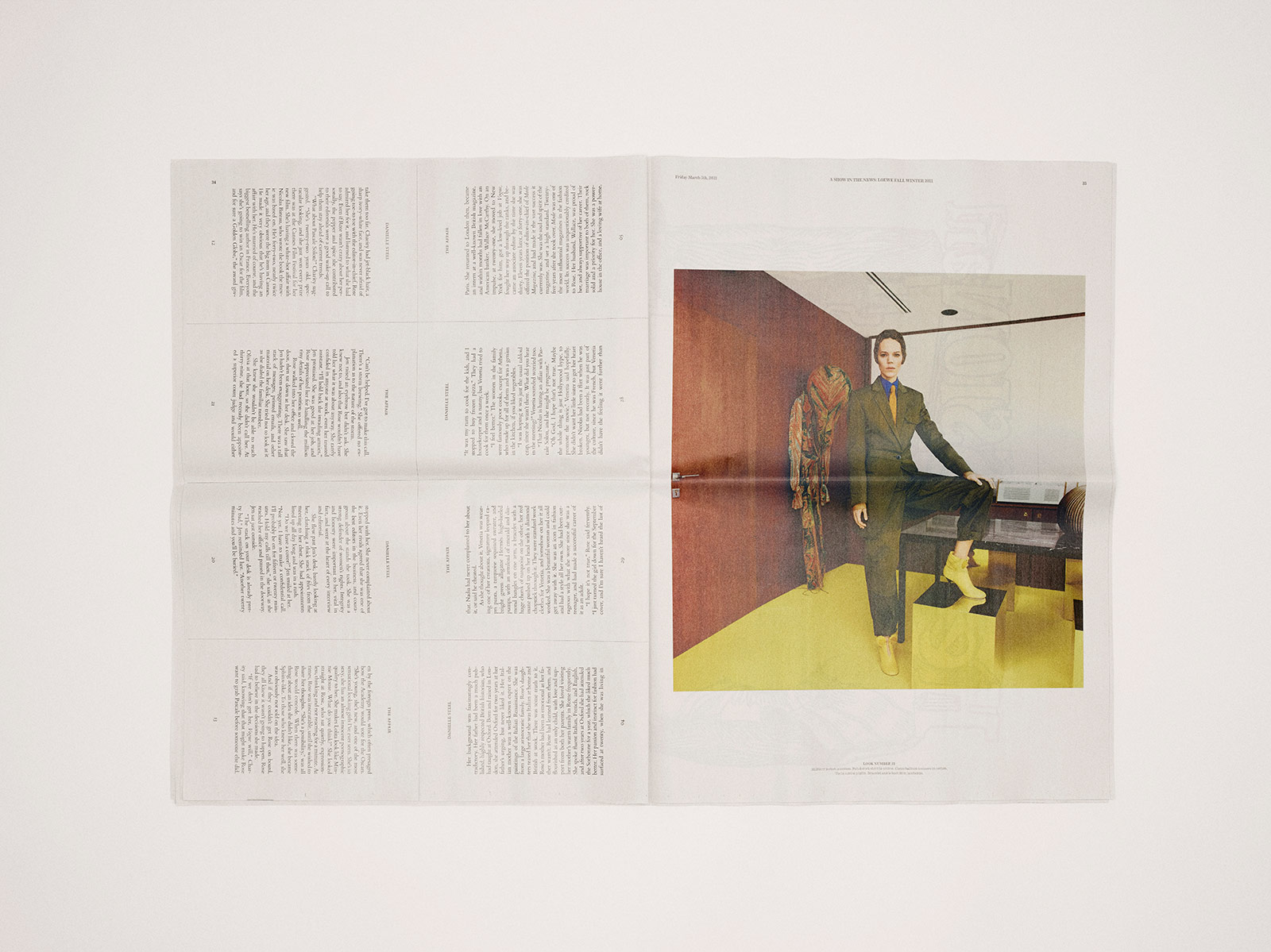 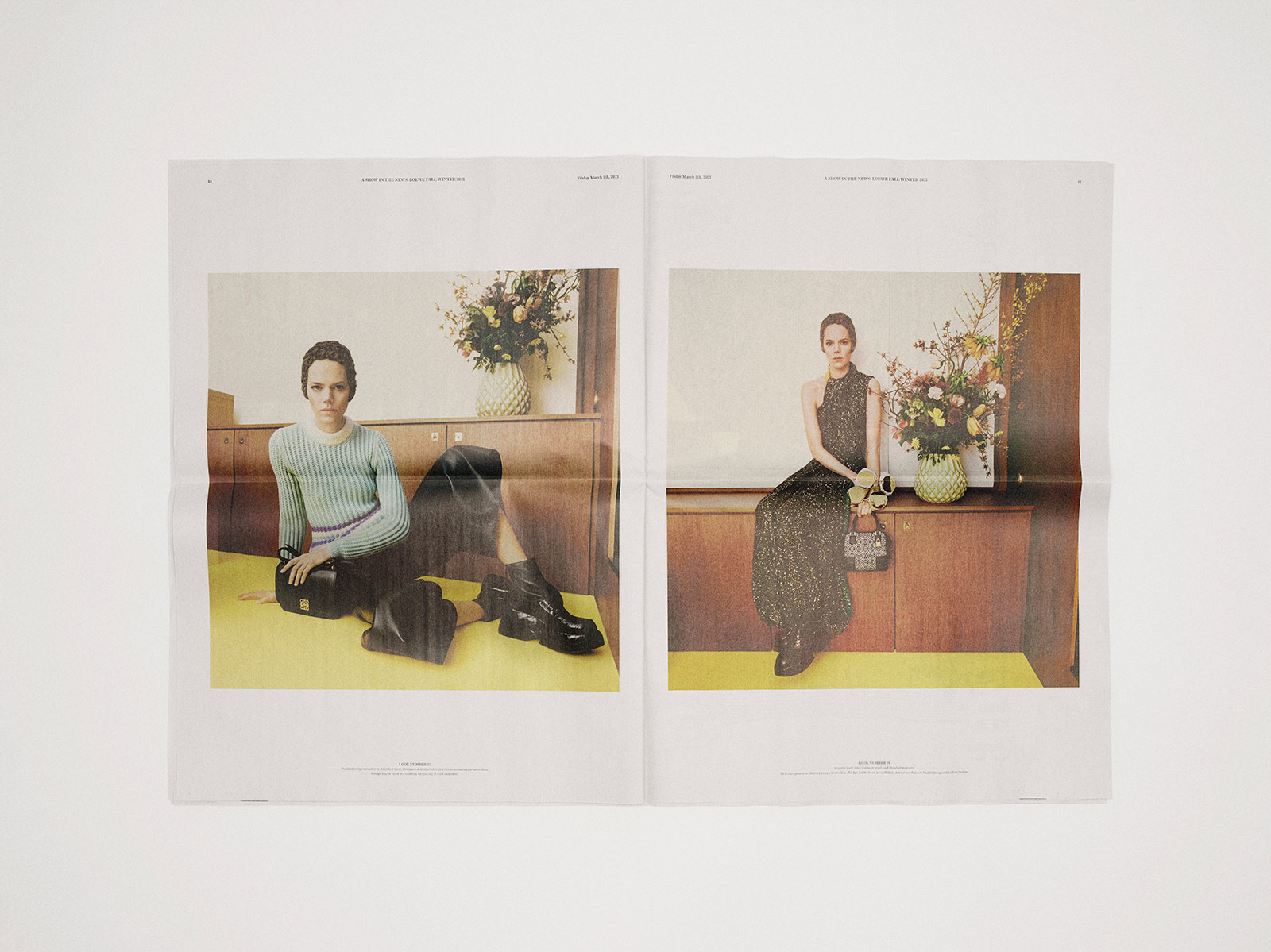 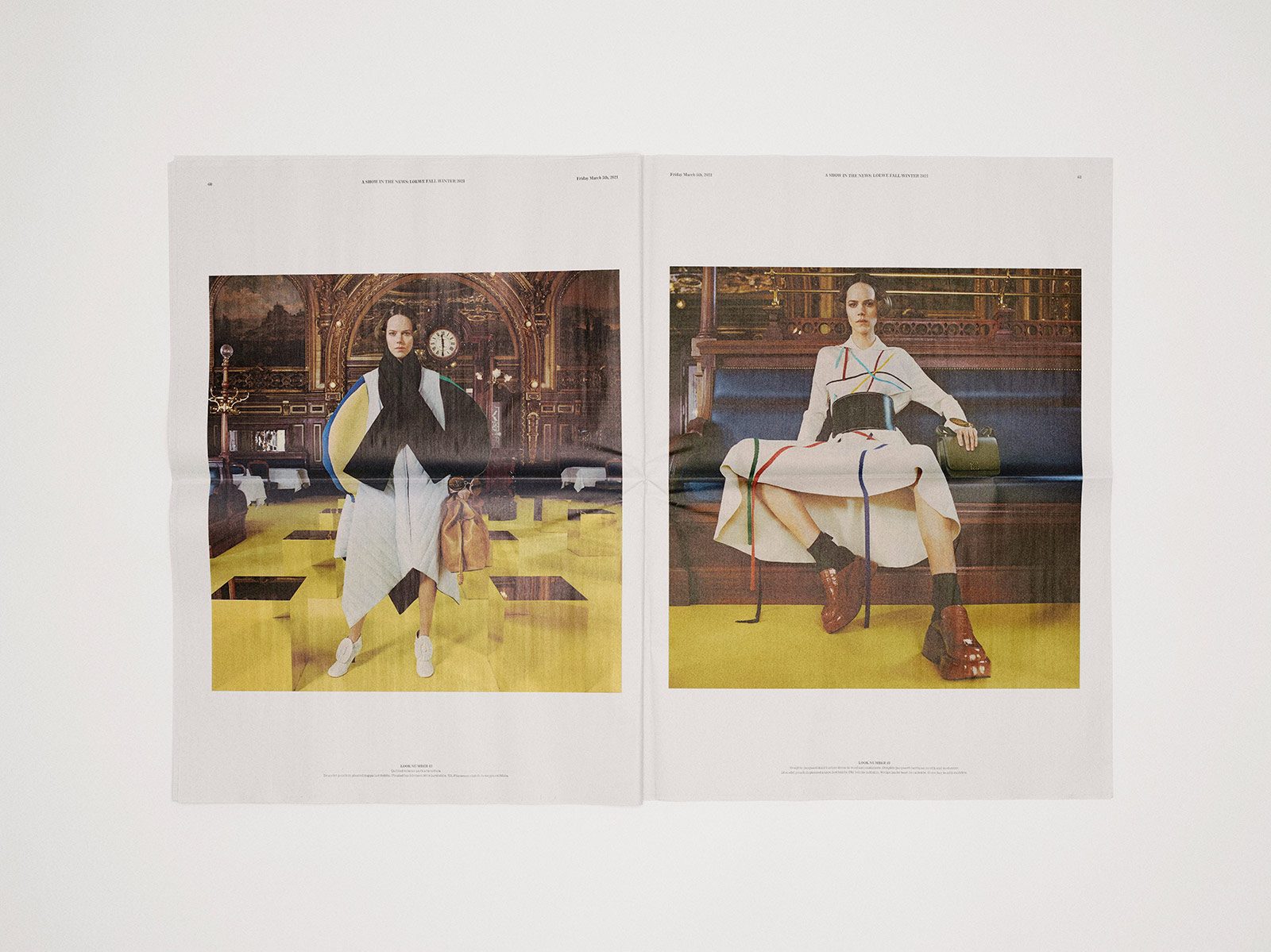