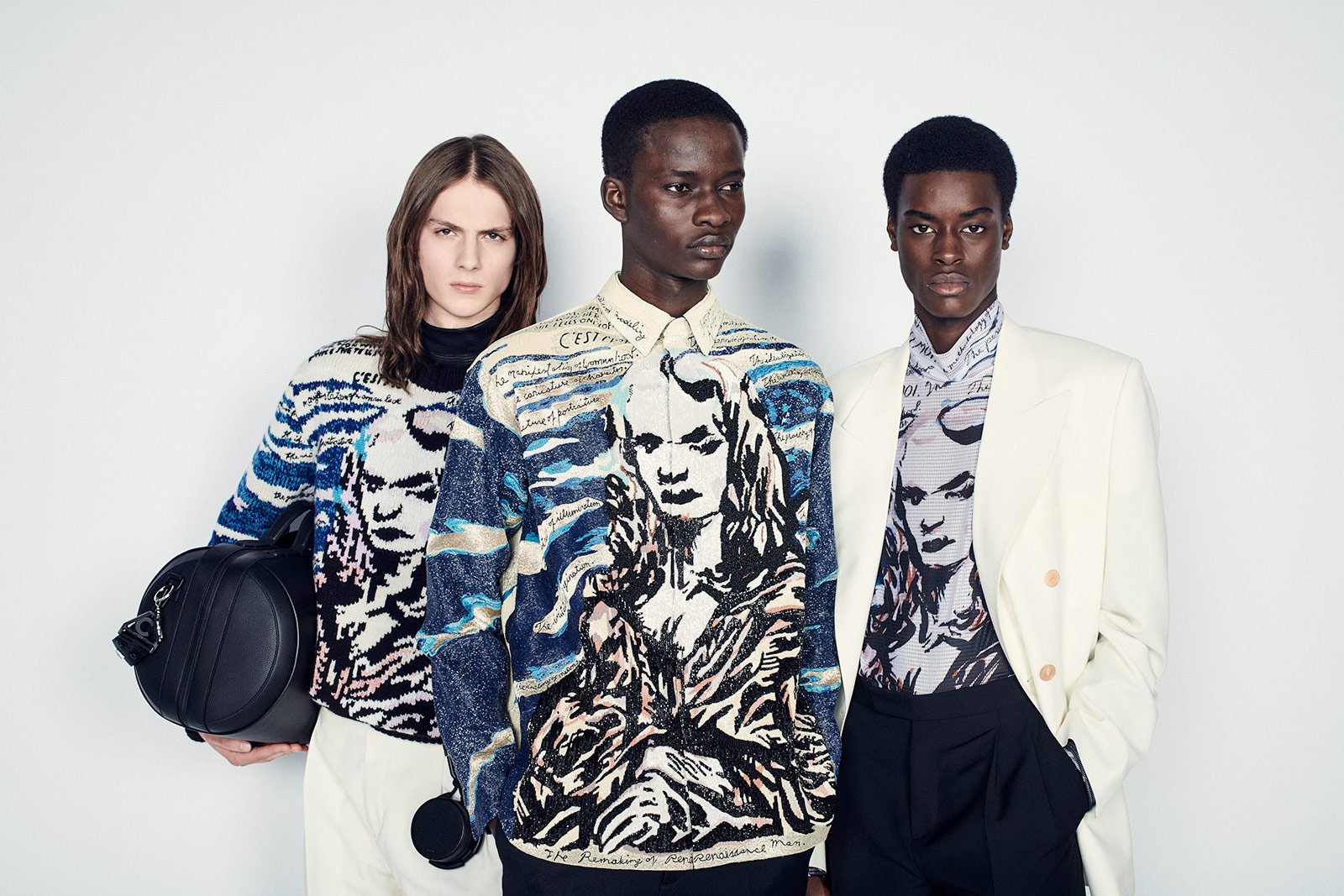 After a couple of shows where artists Kaws and Hajime Sorayama were commissioned to create a huge sculpture each to witness the runway, Kim Jones went for a more subtle collaboration for his Fall/Winter 2019 collection. And in addition to more discreet, the Dior Men creative director bet on a rather unexpected artist: Raymond Pettibon, an American illustrator who gained recognition for creating album covers and other material for bands like Sonic Youth and Black Flag.
Yes, the association between the Los Angeles 1970s punk scene and the refined French maison might seem odd at first sight. However, there was a bit of punk in Monsieur Dior’s spirit: before becoming a couturier, he opened an art gallery with his friend Jacques Bonjean, where they exhibited the most avant-garde, anti-academic, pioneering artists of the time (Salvador Dalí, Marcel Duchamp, Alberto Giacometti, Max Ernst, Joan Miró, etc.). And rebelling against the established fashion norms, he gave women a slick silhouette again with corsets and the famous ‘new look’. Oh, and his love for leopard! A staple of wealthiness back then but that the punk movement appropriated together with other animal prints.

So it’s not that strange that Kim Jones wanted to give a touch of ‘punkiness’ to the collection he presented back in January this year. Raymond Pettibon seemed like a match made in heaven, and it was indeed. The American artist contributed to the collection with several artworks, for example, a close-up drawing of a pair of eyes in golden and brownish colours (a nod to Man Ray’s famous Glass Tears piece, perhaps?), which featured in the collection’s opening look as well as on a long-sleeve shirt, and that now is available too on cashmere jumpers (either in pale pink or in beige), a black denim jacket, and even a key ring.

Pettibon also contributed with more drawings, like a few reinterpretations of Leonardo da Vinci’s Mona Lisa, which are printed or included on jumpers, shirts, a bomber jacket, a parka, a mesh t-shirt as well as on a key ring, a wallet and a bandana. But the king of them all is Pettibon’s reinterpretation of the leopard print, which Dior loved. Coming a variety of colours, from beige and black to black and white, it’s in a variety of clothes and accessories such as the B23 sneakers, the saddle bag, the roller messenger bag, sweaters, jackets, t-shirts and a scarf. 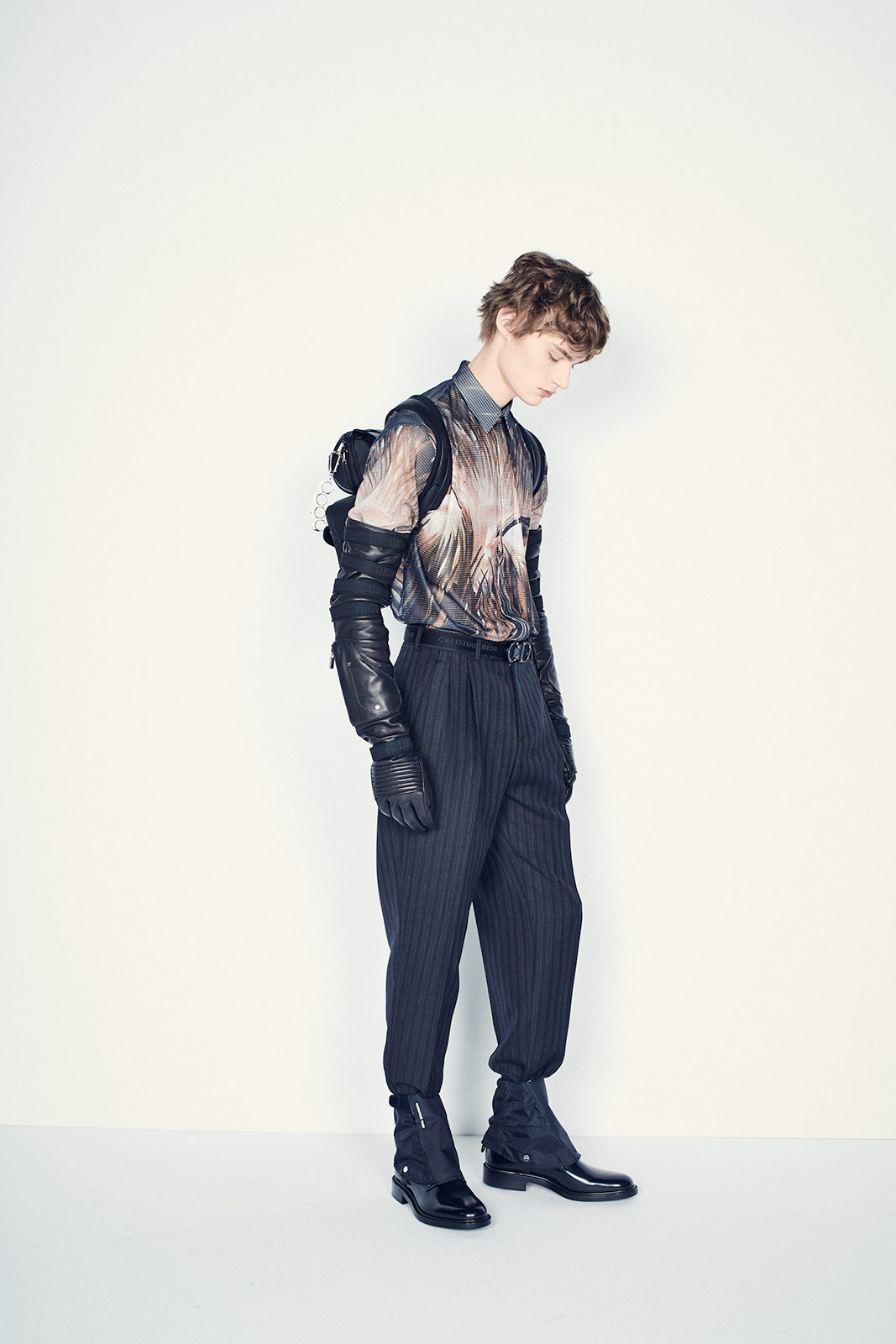 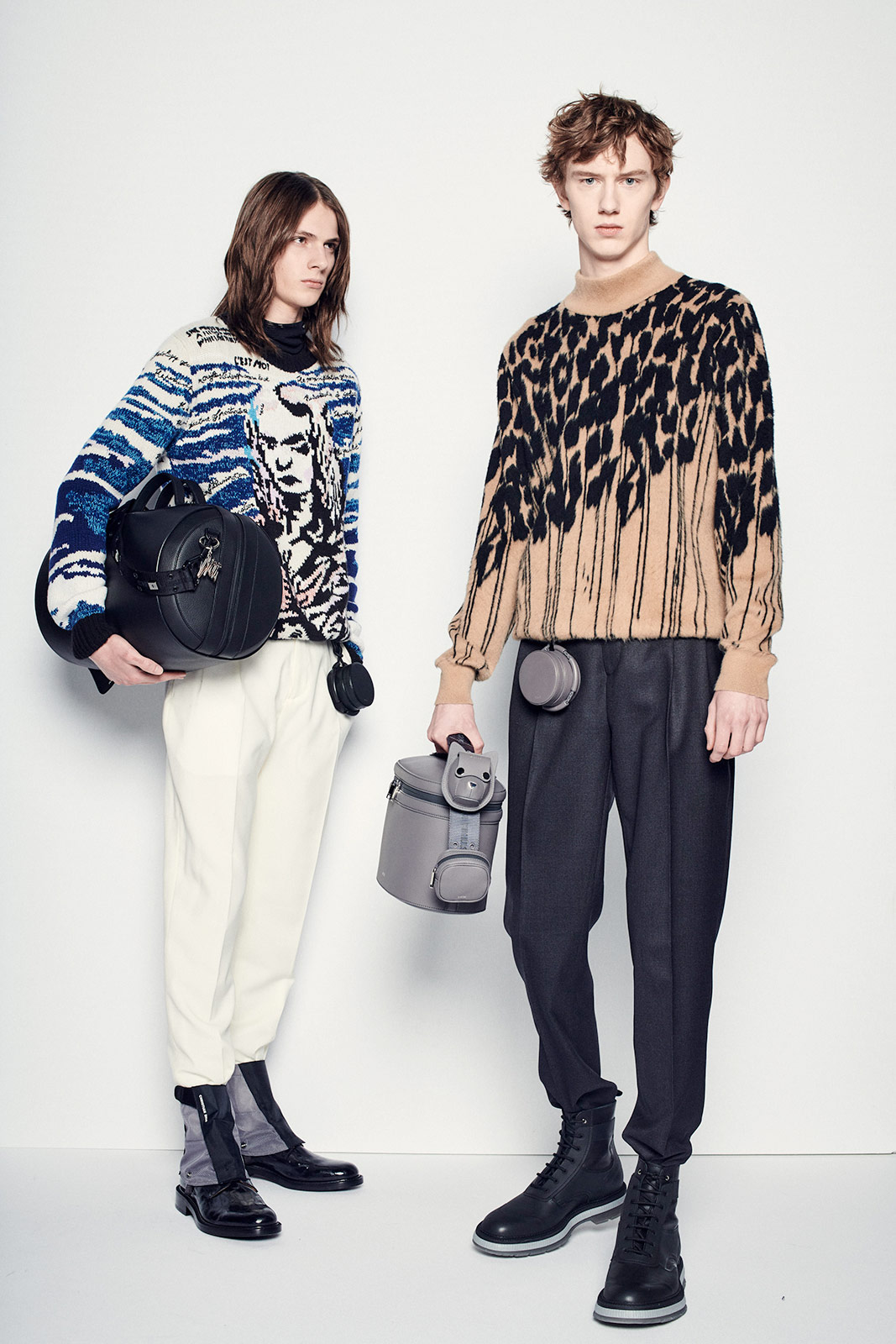 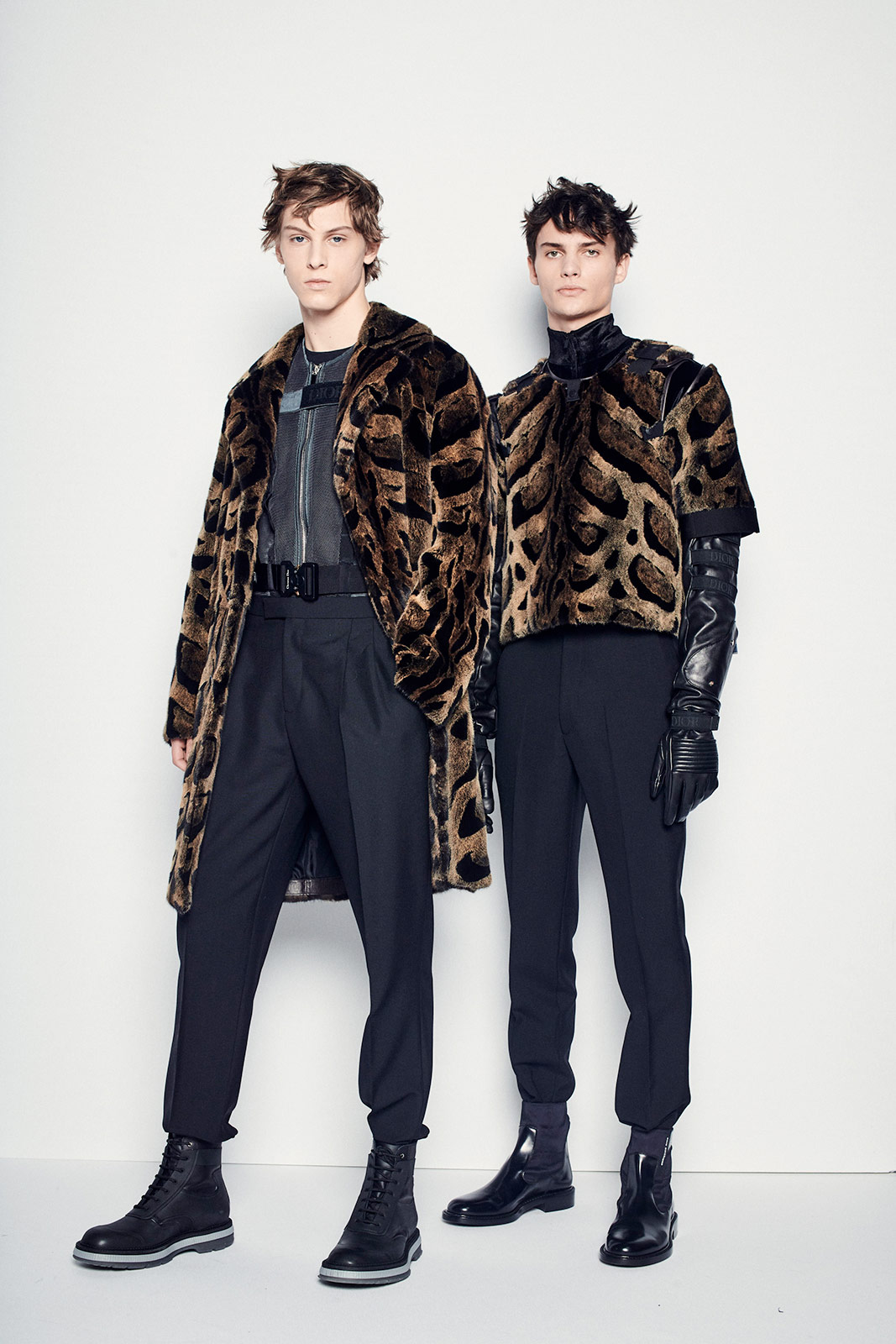 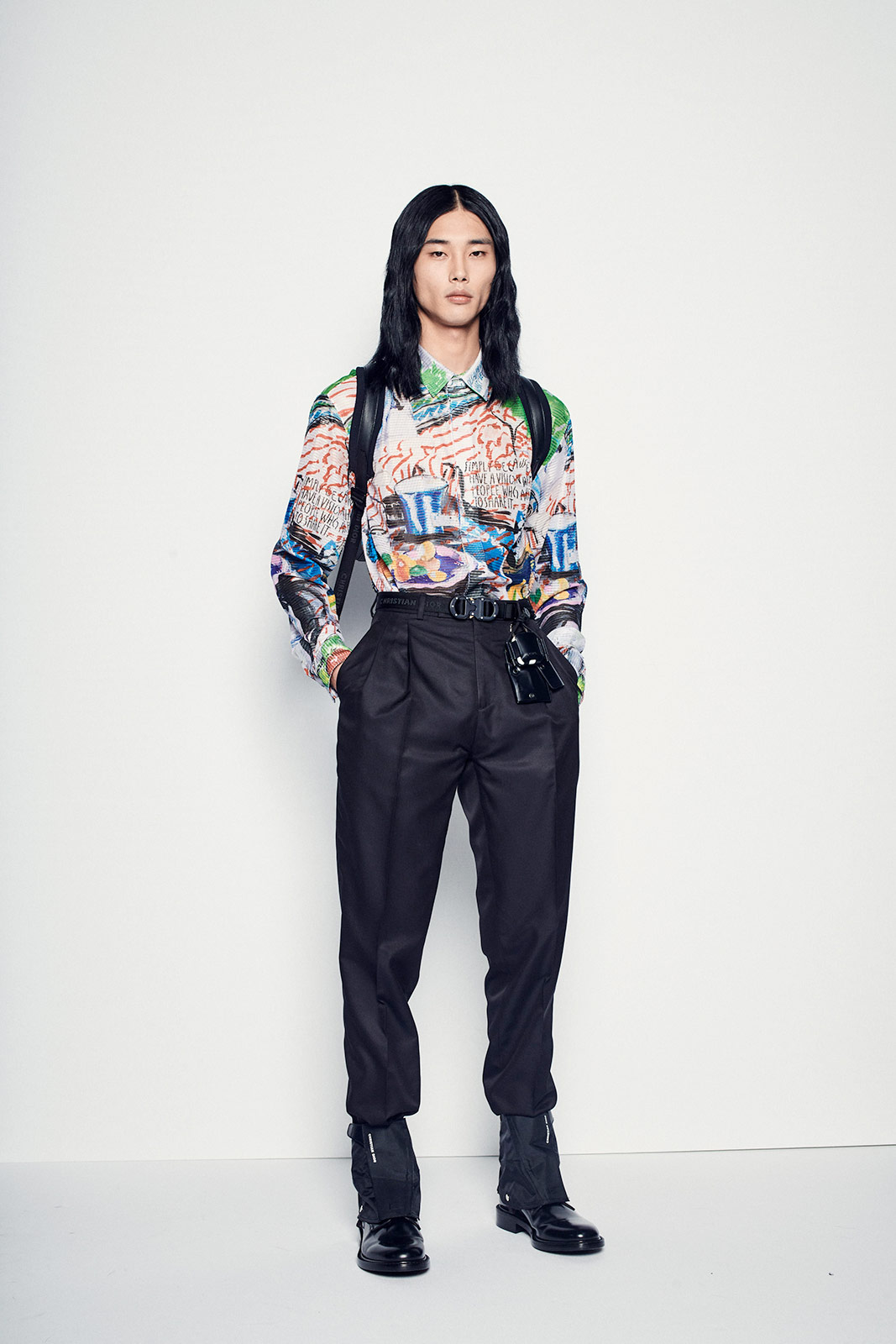 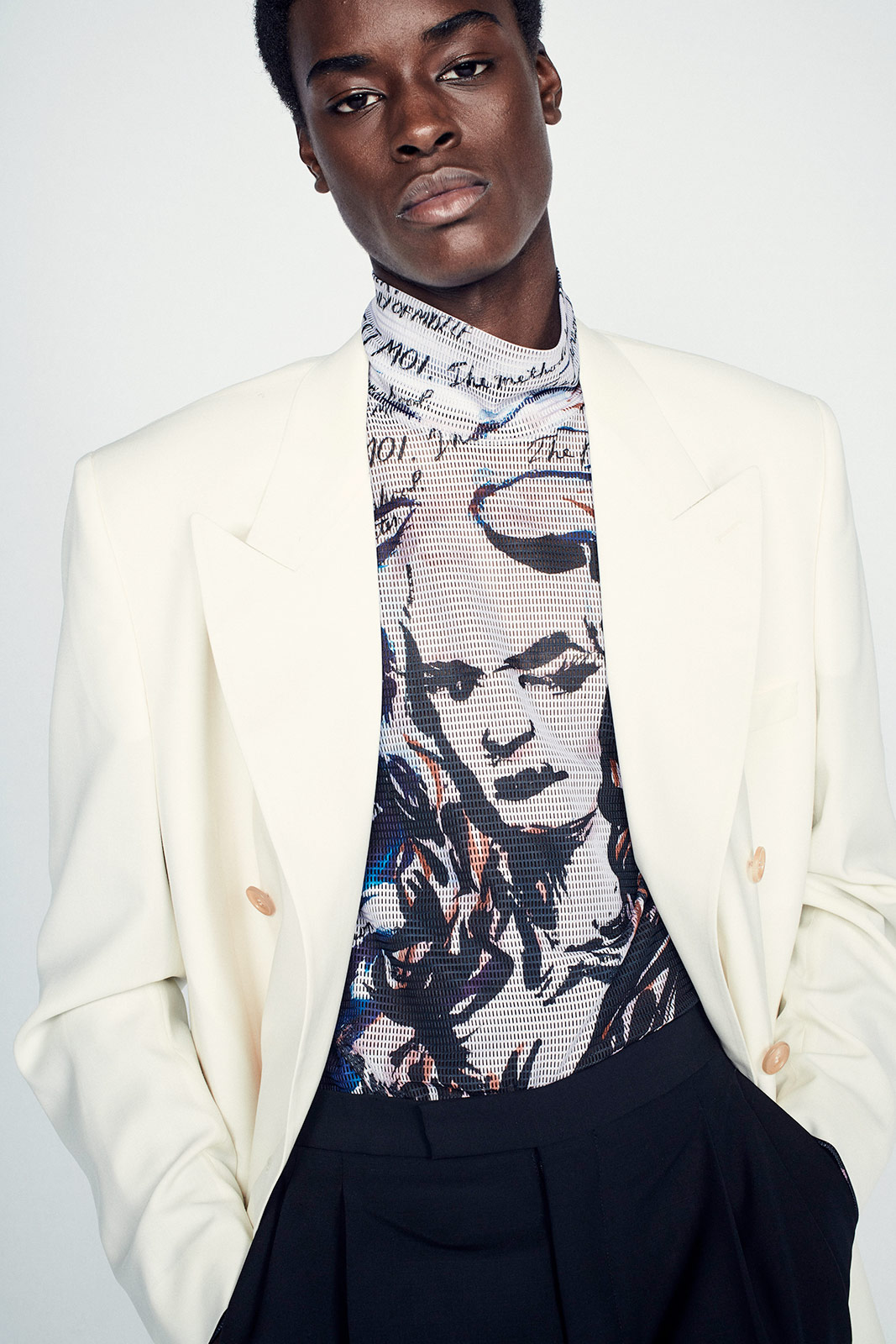