What you must see 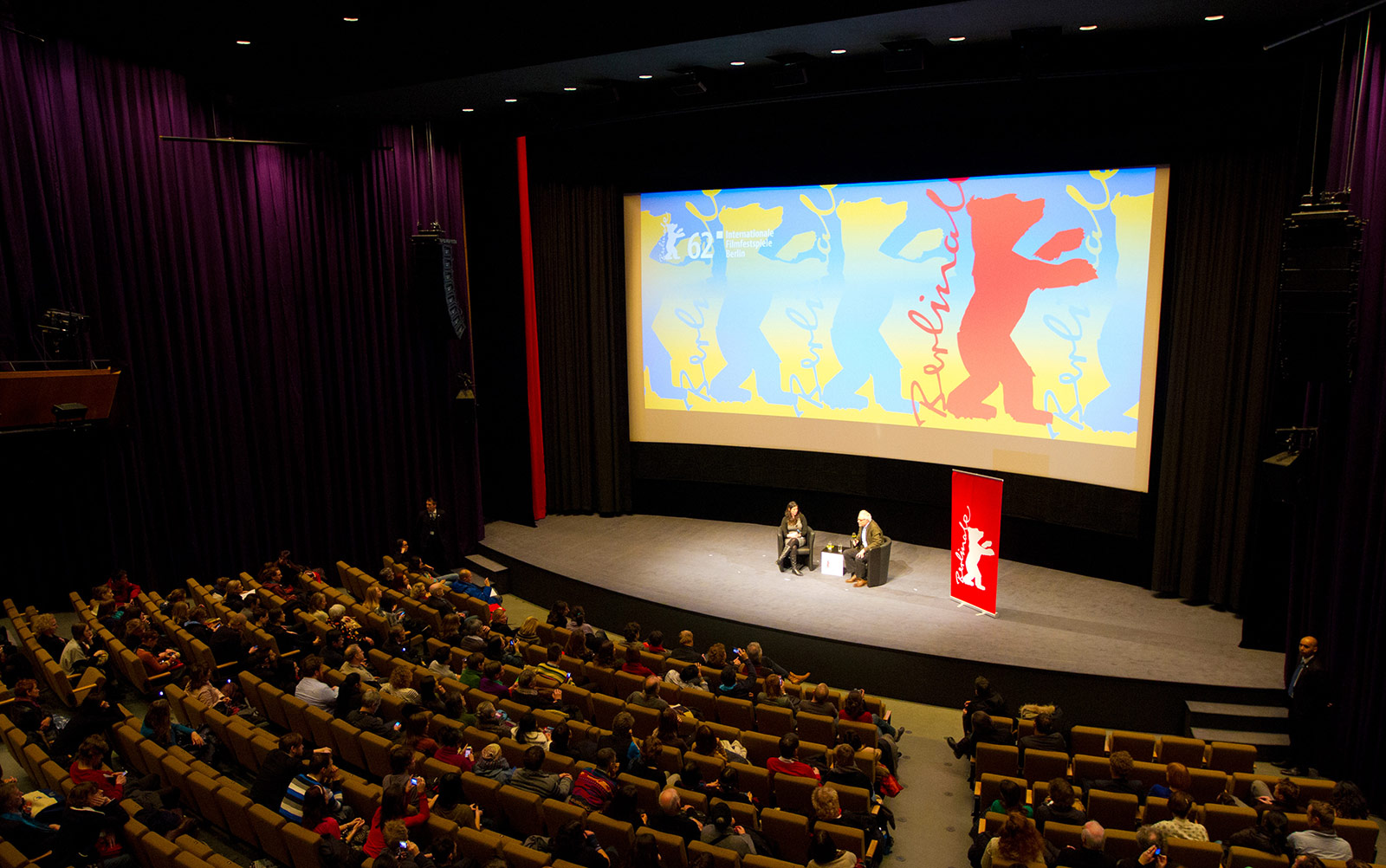 The 2018 Berlin Film Festival aka Berlinale, which ranks with Cannes and Venice among Europe’s top film festivals and is generally considered the most politically minded, kicks off the 15th of February and will present, for eleven days (until the 25th), almost four hundred films in more than nine hundred screenings.
This month’s Berlin Film Festival, Europe’s first major cinema showcase in the wake of Harvey Weinstein’s revelations, will shine a light on sexual misconduct within the industry, its director said on the press conference. According to the organization, mutual appreciation and respect for the other have been part of Berlinale’s philosophy from the beginning.

In his last year as the festival’s director, Dieter Kosslick has said that the screenings and the guests at the 68th edition would open up a long-overdue debate on rampant discrimination and abuse problems. “The international resonance of #MeToo quickly made clear that the problem isn't limited to Hollywood”, he asserted. The Berlinale sees itself as a forum where problems can be aired and it will host a range of events that should contribute to concrete the change.

The Competition section for the Golden Bear top prize presents twenty-four films from twenty-four countries – only four of them are directed by women (like Touch Me Not, by Adina Pintilie, and Figlia Mia, by Laura Biscpuri). The event will kick off with the much-expected world premiere of Wes Anderson's Isle of Dogs, an animated feature film that takes place in a thirty-years-from-now Japanese island.

As another world premiere we find Eva, by Benoît Jacquot starring Isabel Hupert, which presents the story of a young writer who meets a mysterious woman he can’t decipher. Museo, by Alonso Ruizpalacios with Mexican star Gael Garcia Bernal, which tells the story of two marginal boys who achieved robbing more than one hundred pre-Hispanic figures from the National Museum of Anthropology in Mexico, will also be world premiered. Another Spanish-speaking movie is Las Herederas, by Paraguayan director Marcelo Matinessi, who is also nominated to the Best First Feature Film prize (GWFF Preis).

But there are more films to highlight from this section, since it’s the main and most remarkable one. Don't Worry, He Won't Get Far on Foot, by Gus Van Sant with Joaquin Phoenix as the main character, as well as the Western comedy Damsel, by David and Nathan Zellner, and featuring Dior Homme’s star Robert Pattinson, are premiering internationally after being first presented at this year’s edition of Sundance Film Festival.

And paying attention to female directors, we must mention Figlia Mia, by Laura Bispuri and starring Alba Rohrwacher, Valeria Golino and Sara Casu, that deepens into the quest for finding one’s identity through a ten-year-old Sardinian girl. Also, Touch Me Not, by Romanian director Adina Pintilie, which looks at how we can find intimacy in the most unexpected ways through an approach that makes the film look something between fiction and reality.

But there are five films not competing for the Golden and Silver Bears, like 7 Days in Entebbe, by José Padilha, based on a true story of four hijackers who seized a French flight to demand to Israel the release of Palestinian prisoners; Ága, by Milko Lazarov, a strange love story between a couple who live in the icy wastes of the north and whose life is arduous; and Eldorado, by Markus Imhoof, a powerful story about Europe’s injustice and mistreatment towards refugees. 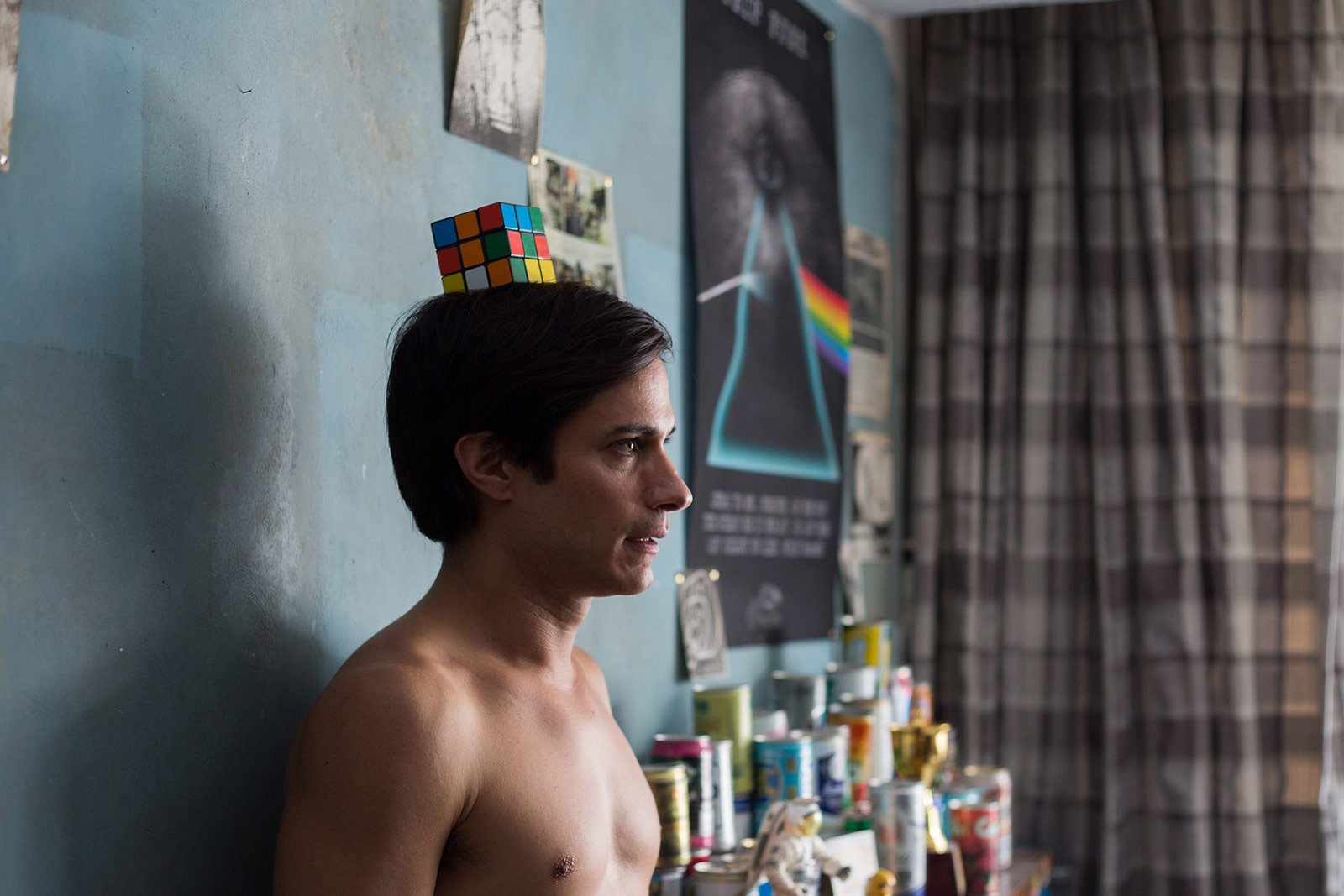 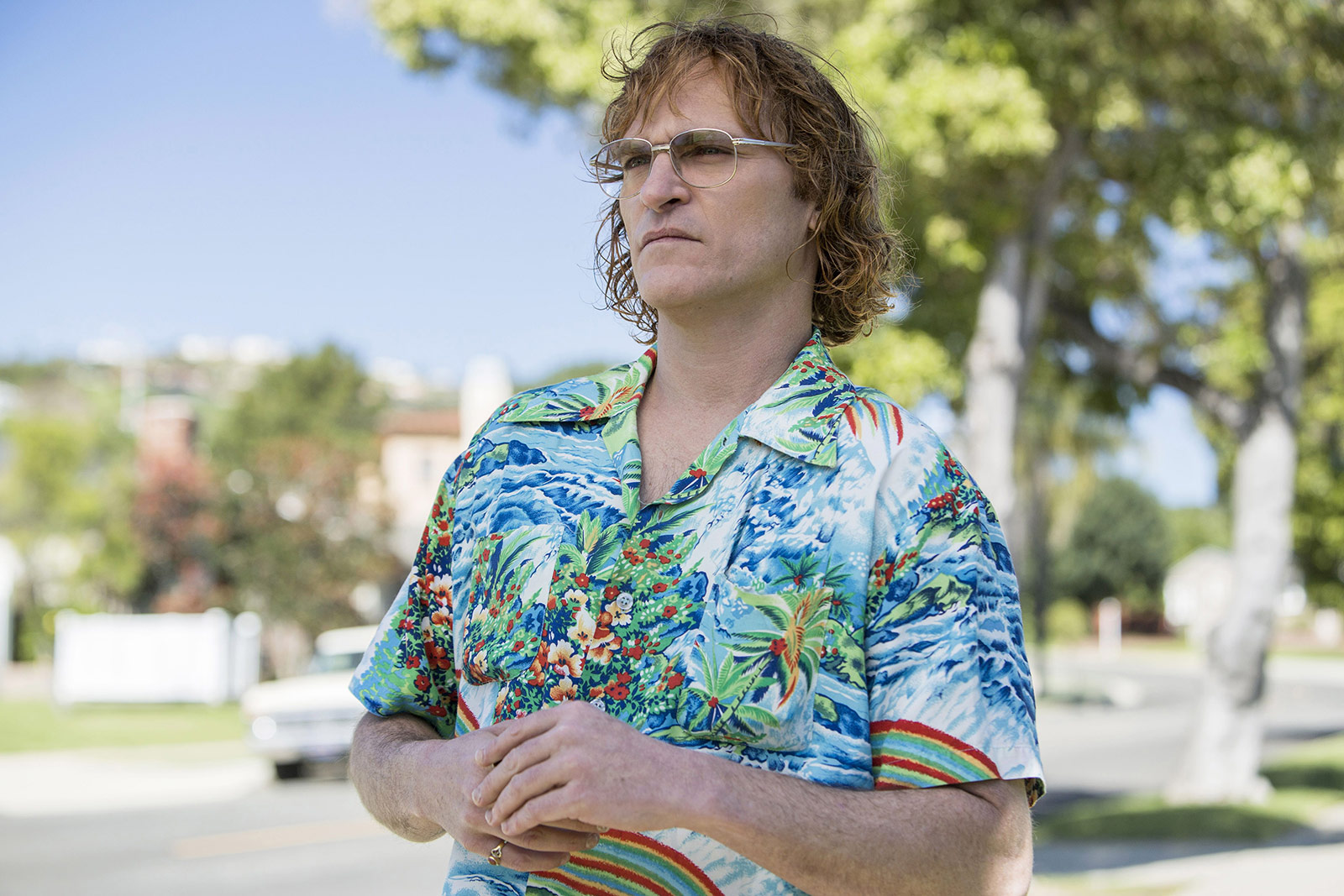 Don't Worry, He Won't Get Far on Foot 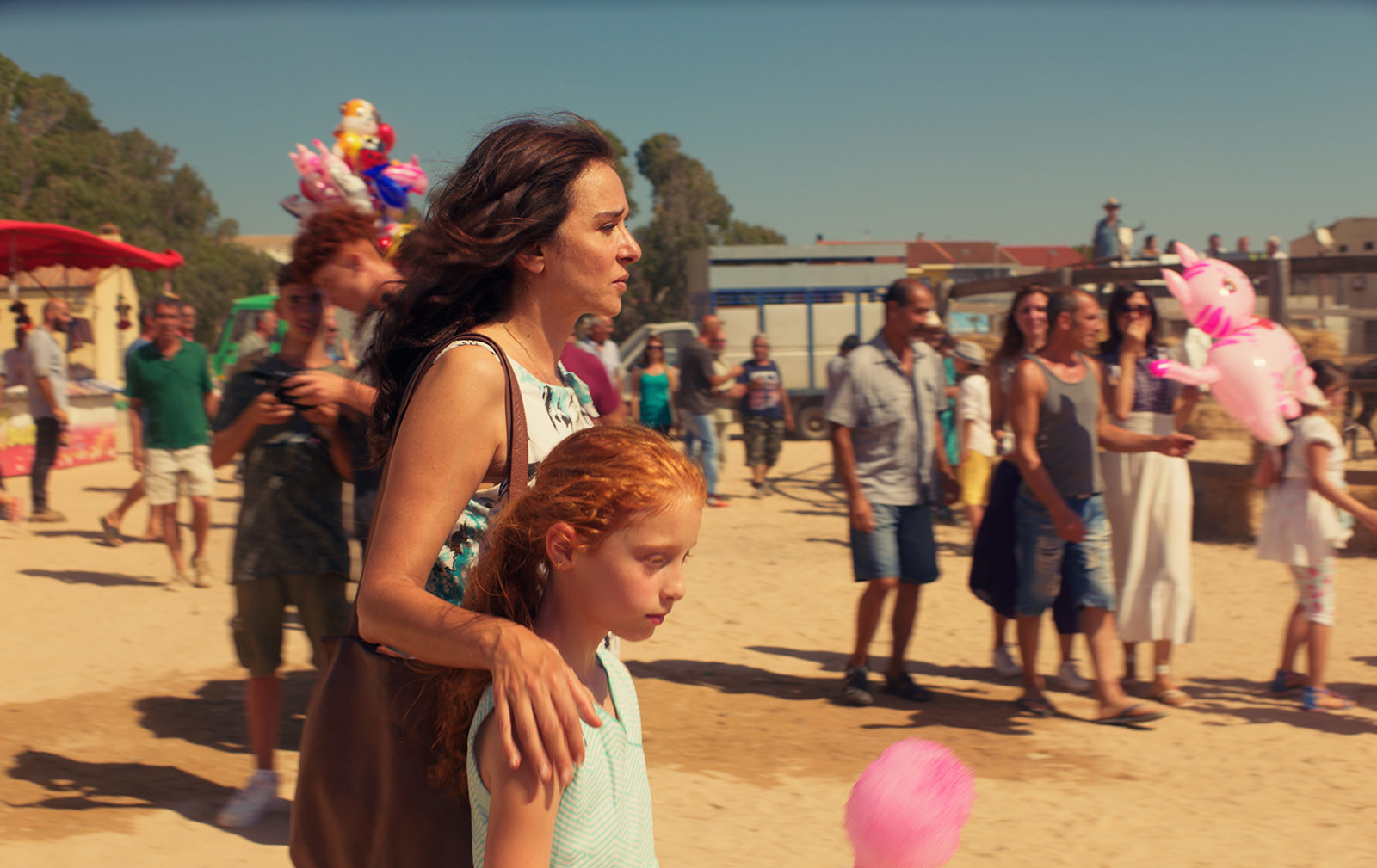 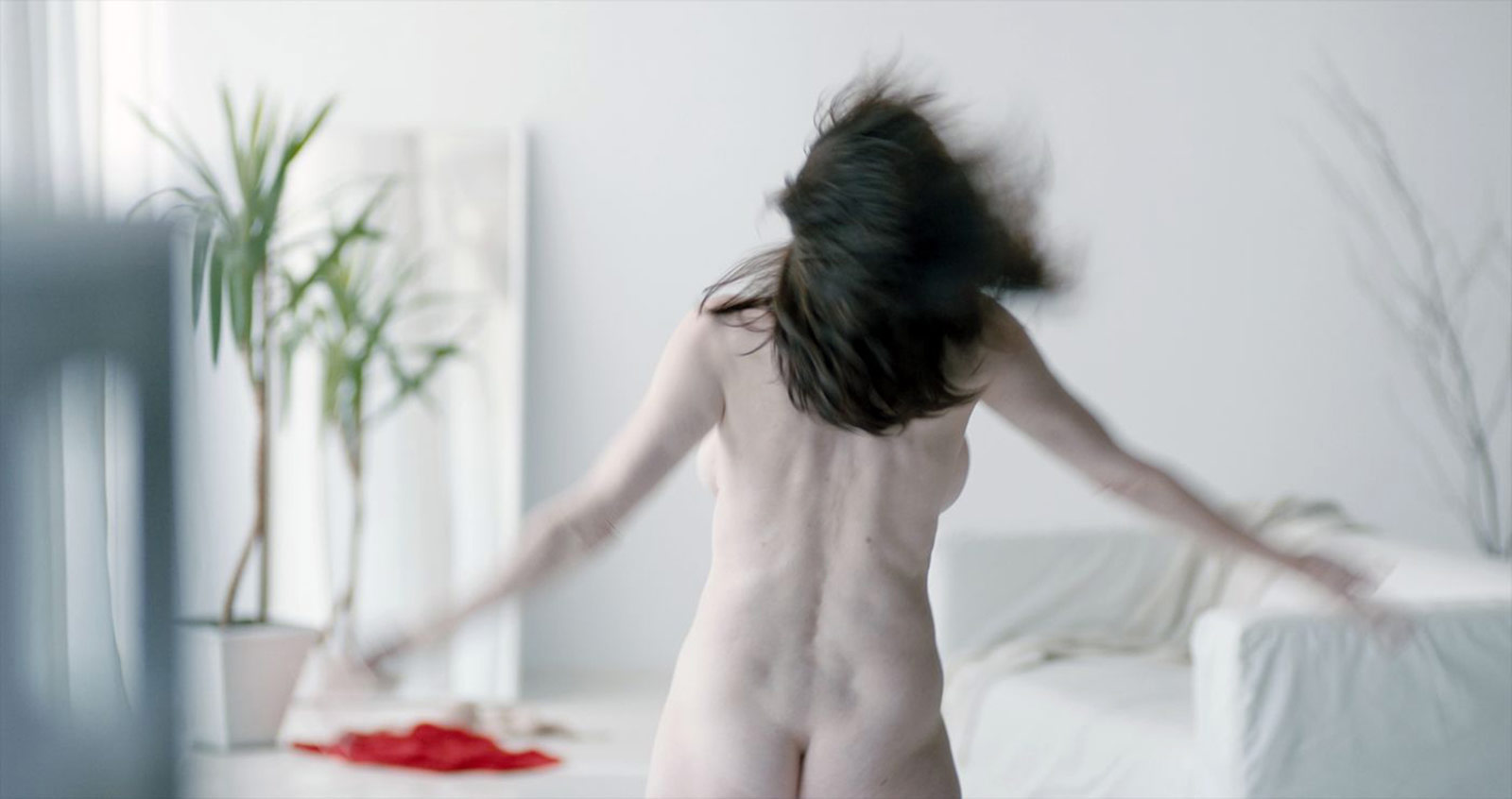 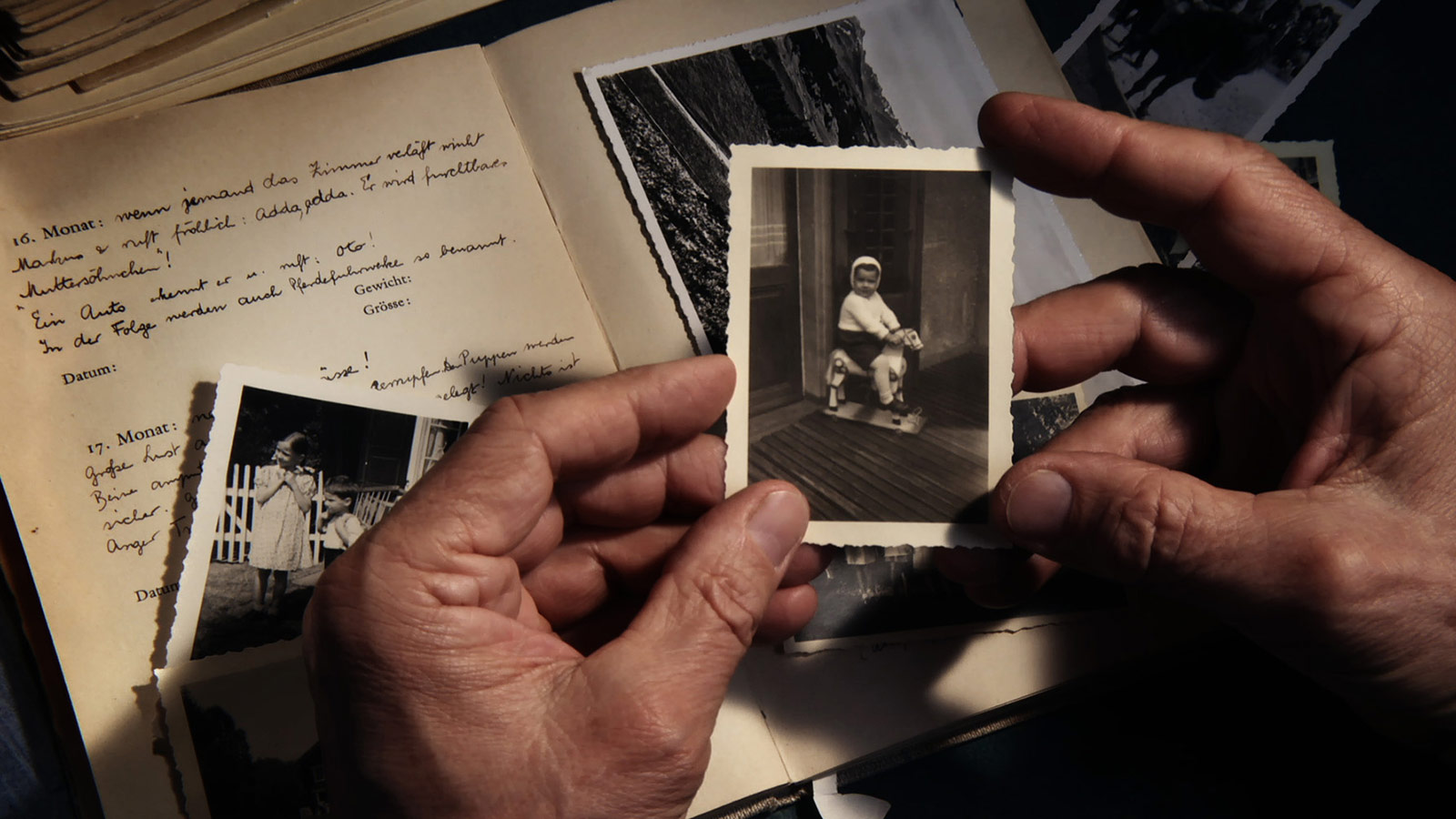 Ága
The Berlinale Special section shows contemporary directors and honours cinema personalities. This year they have Isabel Coixet’s acclaimed film The Bookshop, an homage to books and the special feelings and bonds they create; The Happy Prince, with Rupert Everett directing and acting as Oscar Wilde (his performance is the most remarkable thing in the film); A Journey to the Fumigated Towns, by Fernando E. Solanas, a documentary showing and denouncing environmental crimes committed by governments and large companies but focused on Argentina and the problems that Indigenous populations face; and Ryūichi Sakamoto: asyng At the Park Avenue Armory, another sort of documentary showcasing the awarded Japanese’s secret concerts in New York last year.

Offering movies coming from the most far-off corners of the world, the incomparable variety of the festival program and its ‘exotic’ perception is articulated through seven more main sections: independent and art house in Panorama, films for young audiences in Generation, new discoveries and promising talents from the German film scene in Perspektive Deutsches Kino, avant-garde, experimental and unfamiliar cinematography in Forum and Forum Expanded, and an exploration of cinematic possibilities in Berlinale Shorts.

A few highlights for some of these sections. Panorama counts with Yardie, Idris Elba’s directorial debut; Lemonade, a dystopian story about the American Dream told by Ioana Uricaru and produced by Cannes multi-awarded Cristian Mungiu; and The Silence of Others, a documentary directed by Almudena Carracedo and Robert Bahar, and produced by Pedro Almodóvar, that investigates some of the greatest injustices and unsolved crimes by Franco’s regime that remain unpunished due to the current Spanish government complicity with the dictator’s activity.

Forum presents Grass, by Hong Sangsoo starring Kim Minhee, who won the Silver Bear for Best Actress in 2017. And for the first time, an Ukrainian director, Sergei Loznitsa, presents his film In Den’ Pobedy (Victory Day). In the Shorts section, we’d like to mention My Name is Oona, by Gunvor Nelson, which focuses on the director’s daughter – whose name means ‘the unique one’; Ernst Schmidt Jr.’s Kunst & Revolution, a collection of twenty short films documenting the extremely polemic performances and happenings by Viennese actionists Günter Brus, Otto Muehl, and Oswald Wiener (who ended up in prison for their art); and Onde o Verão Vai (episódios da juventude)/ Where the Summer Goes (chapters on youth), by the Portuguese director David Pinheiro Vicente, who’s won the Best Short Film prize in the last two years.

The programme is rounded out by a Retrospective and an Homage, which focuses on the work of a great personality and concedes her/him the Honorary Golden Bear for her/his lifetime achievement. This year, it will be dedicated to Willem Dafoe, who’s appeared in films such as Life Aquatic by Wes Anderson, Wild at Heart by David Lynch, Manderlay by Michael Haneke, and In Weiter Ferne, so Nah, by Wim Wenders. Actually, Berlinale Classics will screen the new restored version of Der Himmel über Berlin (Wings of Desire) by the acclaimed director.

In addition to all of the above, there is also room for more. Food, pleasure and the environment are the topics of the Culinary Cinema section, and this year they have a film dedicated to Cuba, Cuban Food Stories by Asori Soto. Finally NATIVe is devoted to the cinematic story telling of Indigenous peoples worldwide presenting only three films this edition. Diversity, inclusion plus activities for refugees and a major no to discrimination would be the hashtags of this year’s festival.
Berlinale will take place from February 15 to 25 in different spots in Berlin. For more info, check their website.