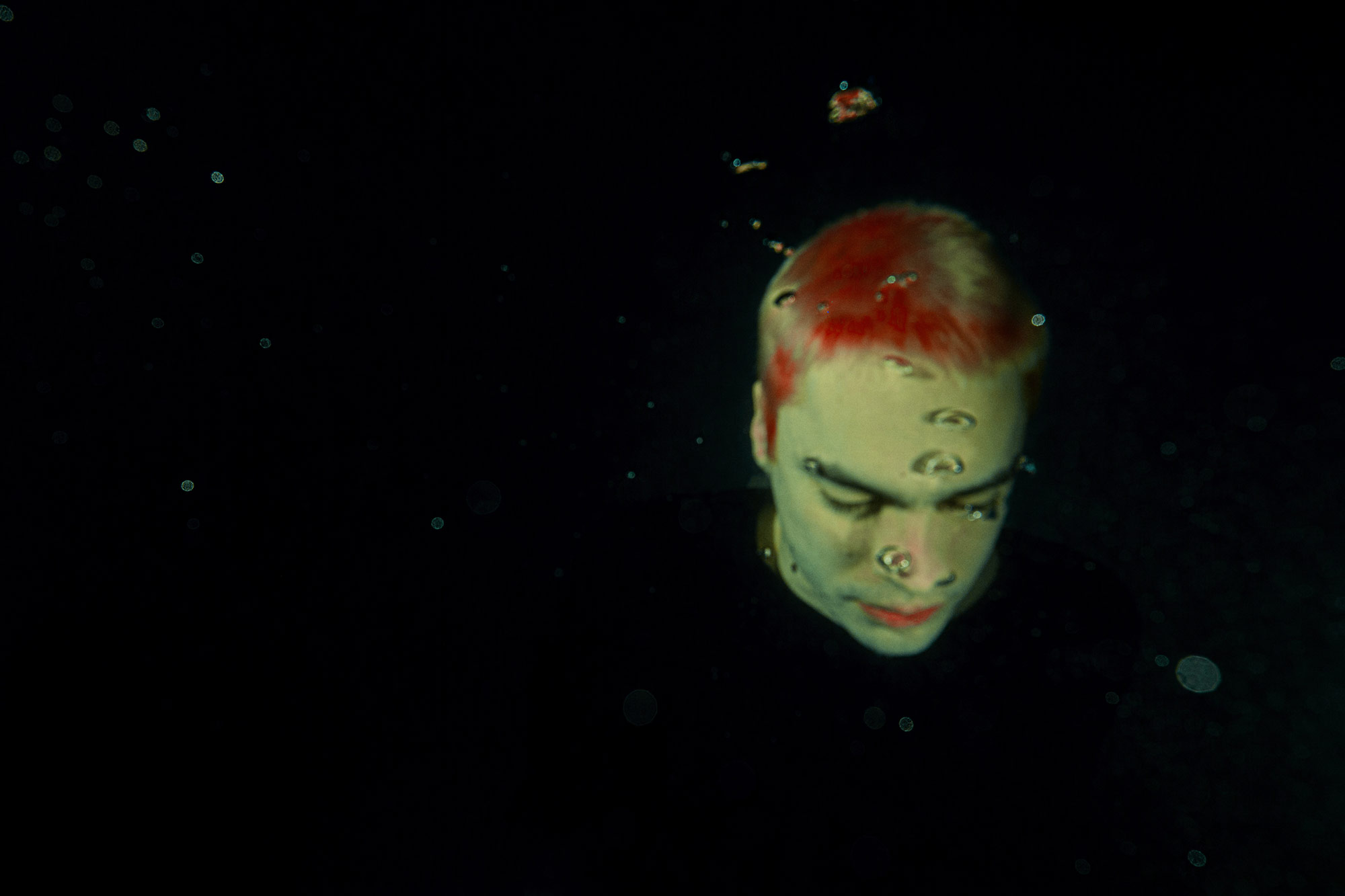 Although Sega Bodega’s provocative aesthetics may initially catch your eye, what keeps your attention is his music. Twisting contemporary pop with dark beats and euphoric melody lines, Salvador Navarrete (his real name) has developed a unique space for himself in electronic music.
Besides work with Nuxxe label mates Shygirl and Coucou Chloe (watch out for their own projects), Bodega has been growing his own catalogue on the low. On February 14th, he presents his self-titled Valentines gift; a debut LP, Salvador, where he’s the focus of the action – and that you can pre-order here.

Those yet to have heard of the Glaswegian-raised artist may be forgiven to think his output hasn’t been that full-on – however, those who have, know he’s been staying busy. 2019 marked a summer of touring culminating in an orchestral arrangement of his works he marshalled at London’s St Pancras Old Church. Big-hitting production credits included Brooke Candy’s Drip and Nuxxe co-owner Shygirl’s BB that featured in many best-of-year lists (Dazed, Fact, The Guardian). Producing for others, he acknowledges, has been to his own catalogue’s detriment. Nevertheless, following this myriad of production credits in 2019, he’s starting the new year in an image of his choosing.

This album is the consolidation of a change in emphasis for Sega Bodega. Having begun the transition of his sound from instrumentals and cinematic beats to fully-fledged songs on his last EP, self*care, Salvador concludes this shift via his characteristically intricate production being accompanied by manipulated vocals on all full-length tracks. Having listened to the album since our interview, Sega Bodega delivers on his promised evolution.

With beats so off the wall they just might be (like Salvador’s ingenious door slam beat), lyrics that can make you both laugh and cry, and delicate piano melodies of an inspired source, Salvador offers striking moments that set the standard for the new decade and continue to re-write conceptions of pop music. Over Skype, we talk serial killers, mental health in the public eye and the hidden treasures buried into his imminent debut.