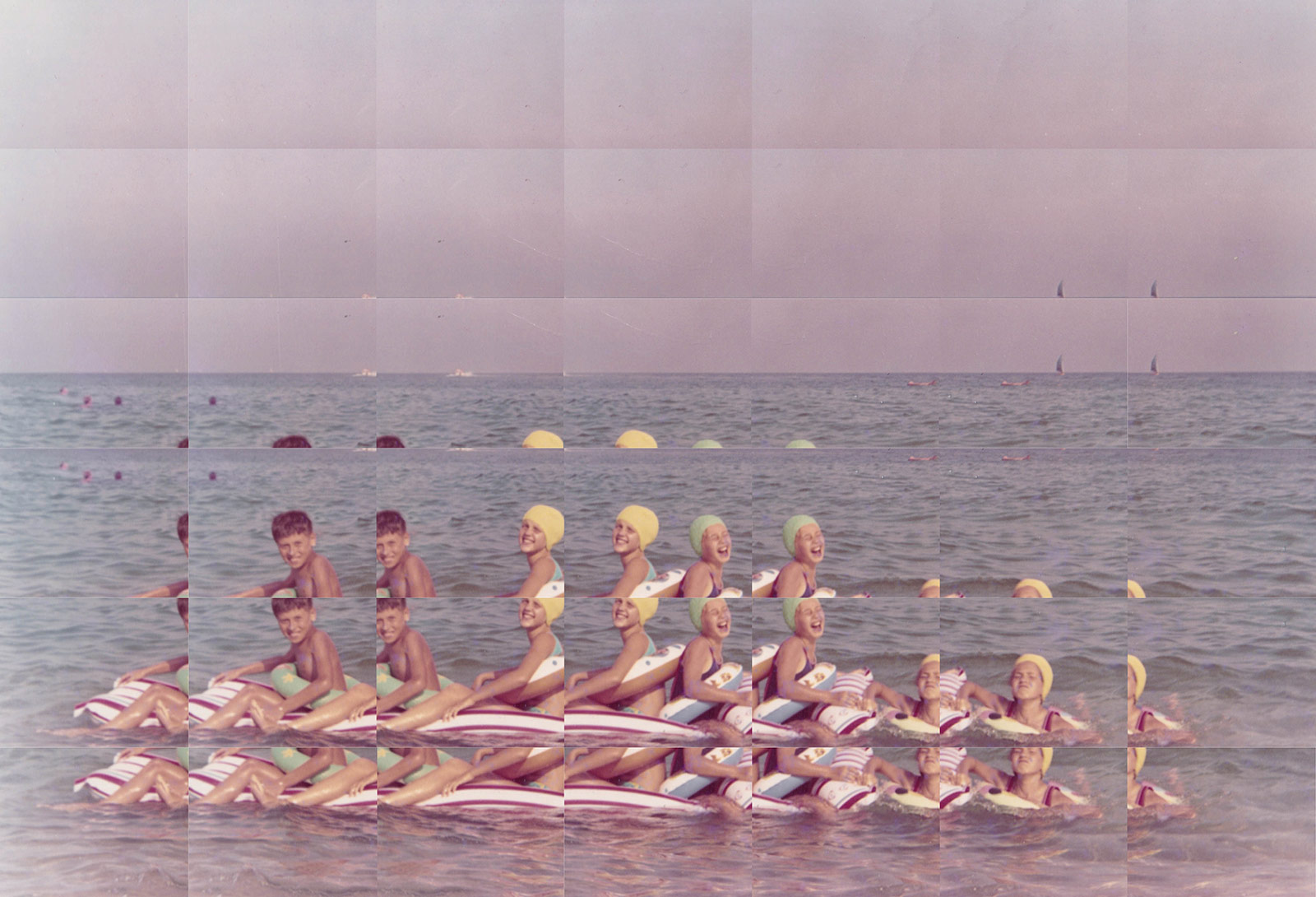 Almost since its invention more than a century ago, photography has been compelled to reflect reality; but that’s impossible to achieve. As curator Arturo Delgado questions, “in times of virtuality, post-truth, augmented reality, Instagram filters and fake news, what is real?” The exhibition Espejismo, opening on February 4 at Almanaque Fotográfica in Mexico City, will explore so through the work of three different photographers: Alejandro Chaskielberg, Edouard Taufenbach and Danila Tkachenko.
But what do all these have in common? They come from different backgrounds and cultures, and their work isn’t similar to one another either. “The different artistic strategies of Chaskielberg, Taufenbach and Tkachenko create explicit fictions that seem to fragment the meaning of the photographic, making the audience question whether we can perceive just one reality”, the curator explains. Thus, Delgado has thought of this exhibition as “an invitation to think of contemporary photography as a means to generate broader visual forms of social representation.”

On one hand, Argentinian artist Alejandro Chaskielberg’s works feel almost cinematic. Playing with lighting and the camera’s exposure, he creates highly-staged images in natural environments, thus blurring the limits between natural and artificial. On another hand, French photographer Edouard Taufenbach twists and distorts reality through repetition. Using silver gelatin and a very intricate, complex manual process, he creates digital-looking images. As he explains, “I inject cinema, time and rhythm to my images. The viewer makes the film.” To finish, Russian artist Danila Tkachenko is presenting two of his series: Oasis, a commission by the National Qatar Museum that resulted in monumental photos taken in Doha’s desert, and Heroes, where he photographs anonymous piles of bones belonging to Russian soldiers who’ve been missing for decades.

Politics, identity, beauty, technology and the endless myriad of realities all collide in Espejismo. The exhibition, as its curator concludes, is “a game of illusions with flashes of different points of view that remind us that what’s real, today as always, is only a mirage.”
The exhibition Espejismo will open on February 4 at Almanaque Fotográfica, Colima 101 – PB, Roma Nte., Mexico City. 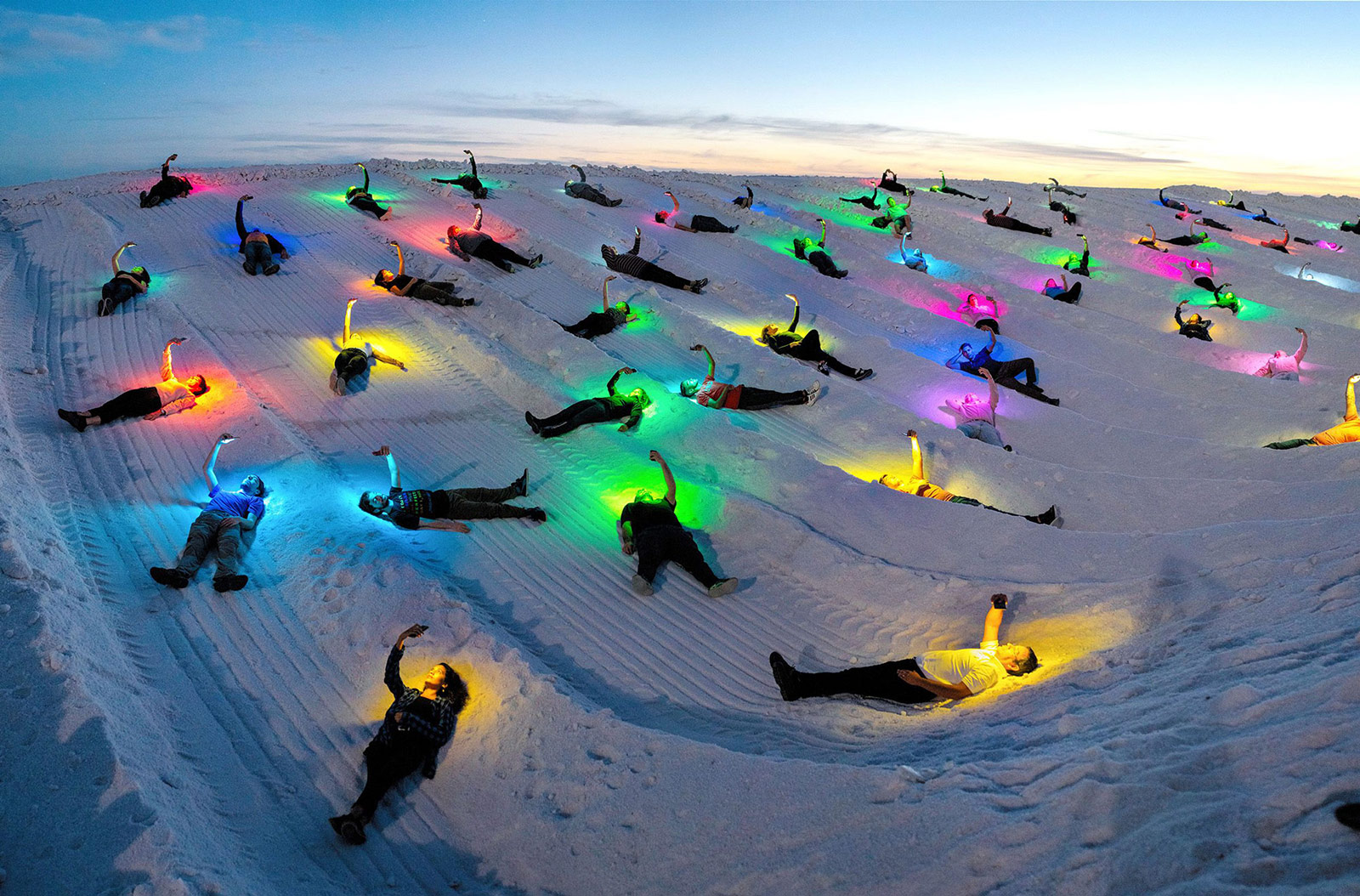 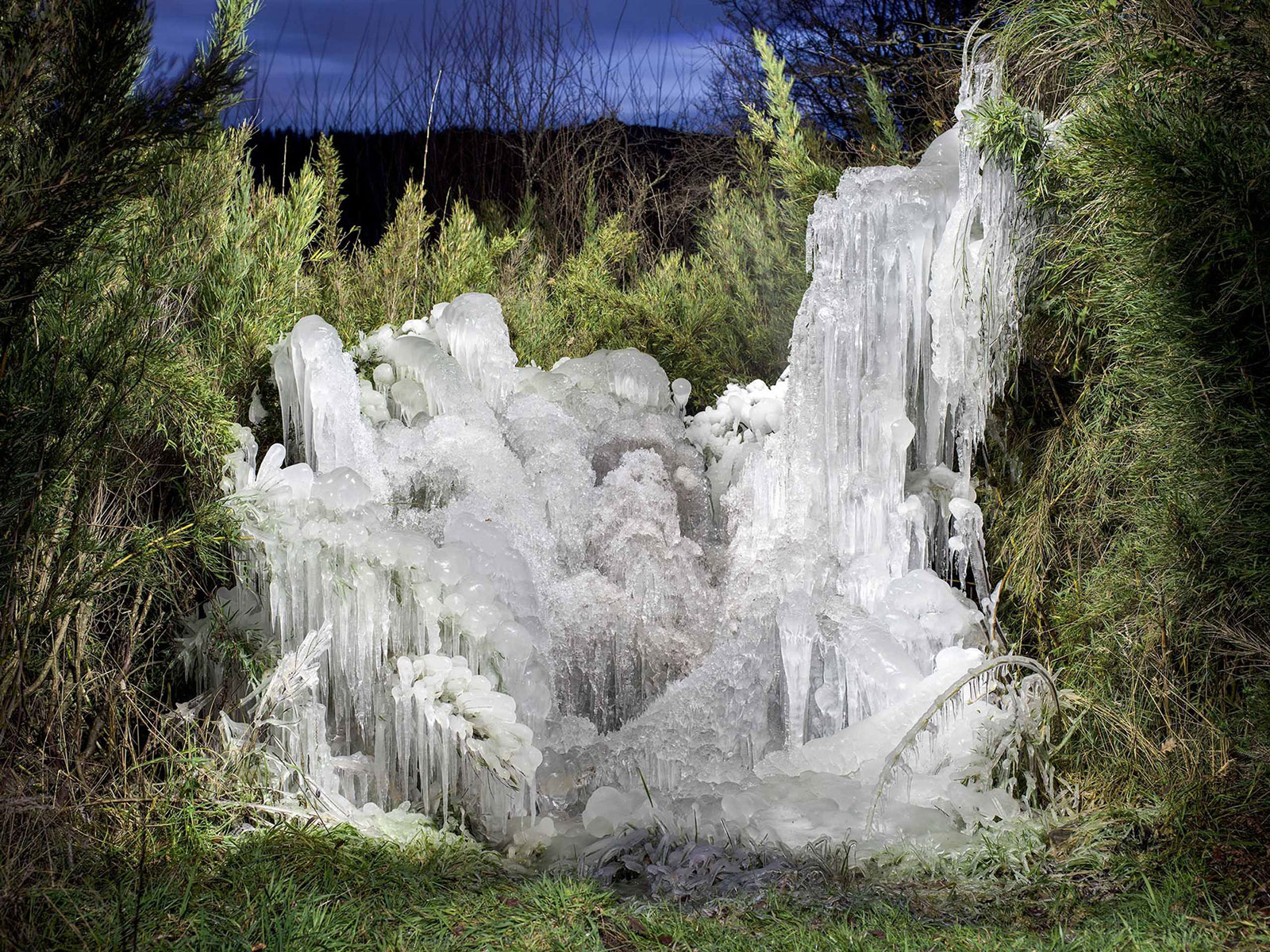 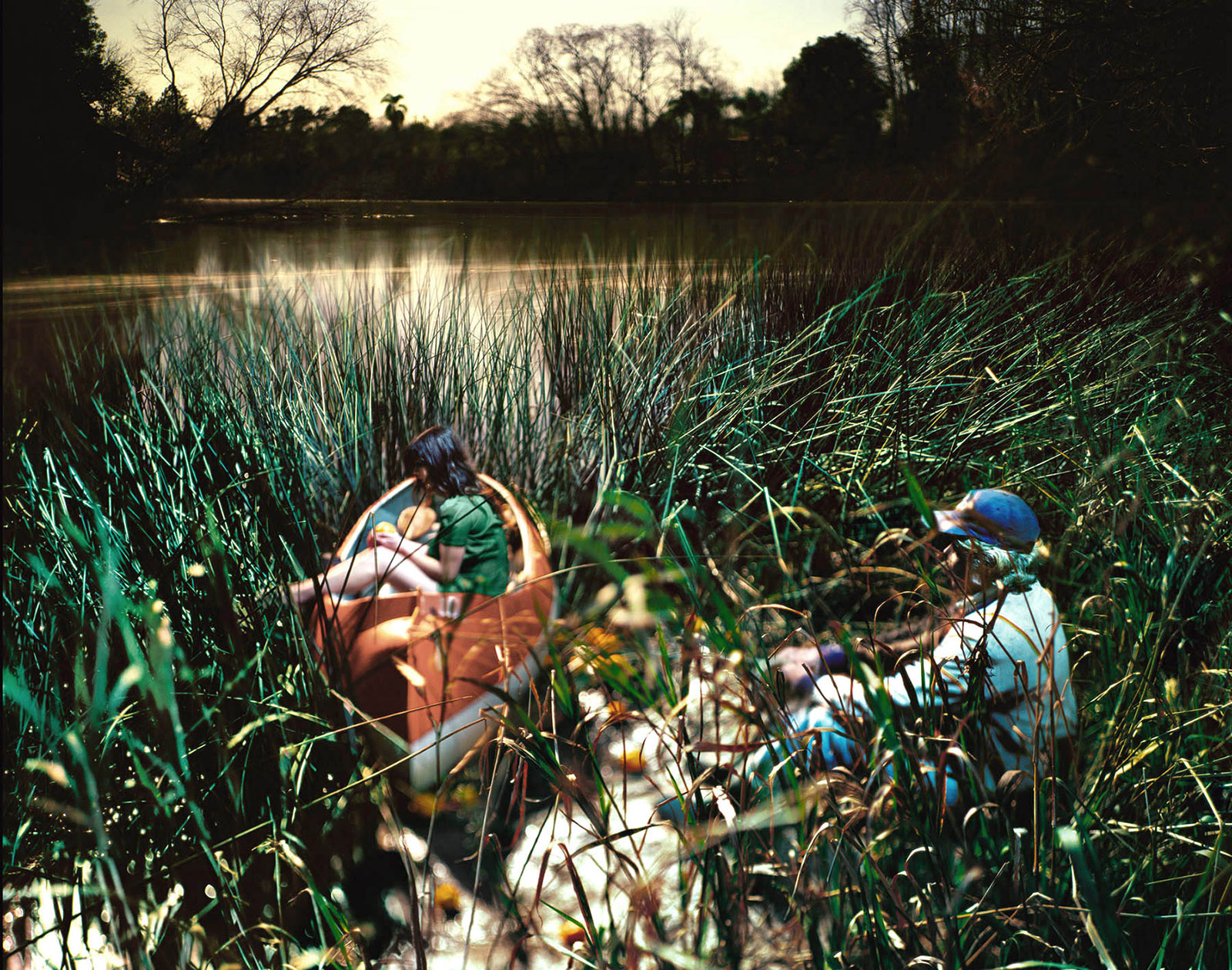 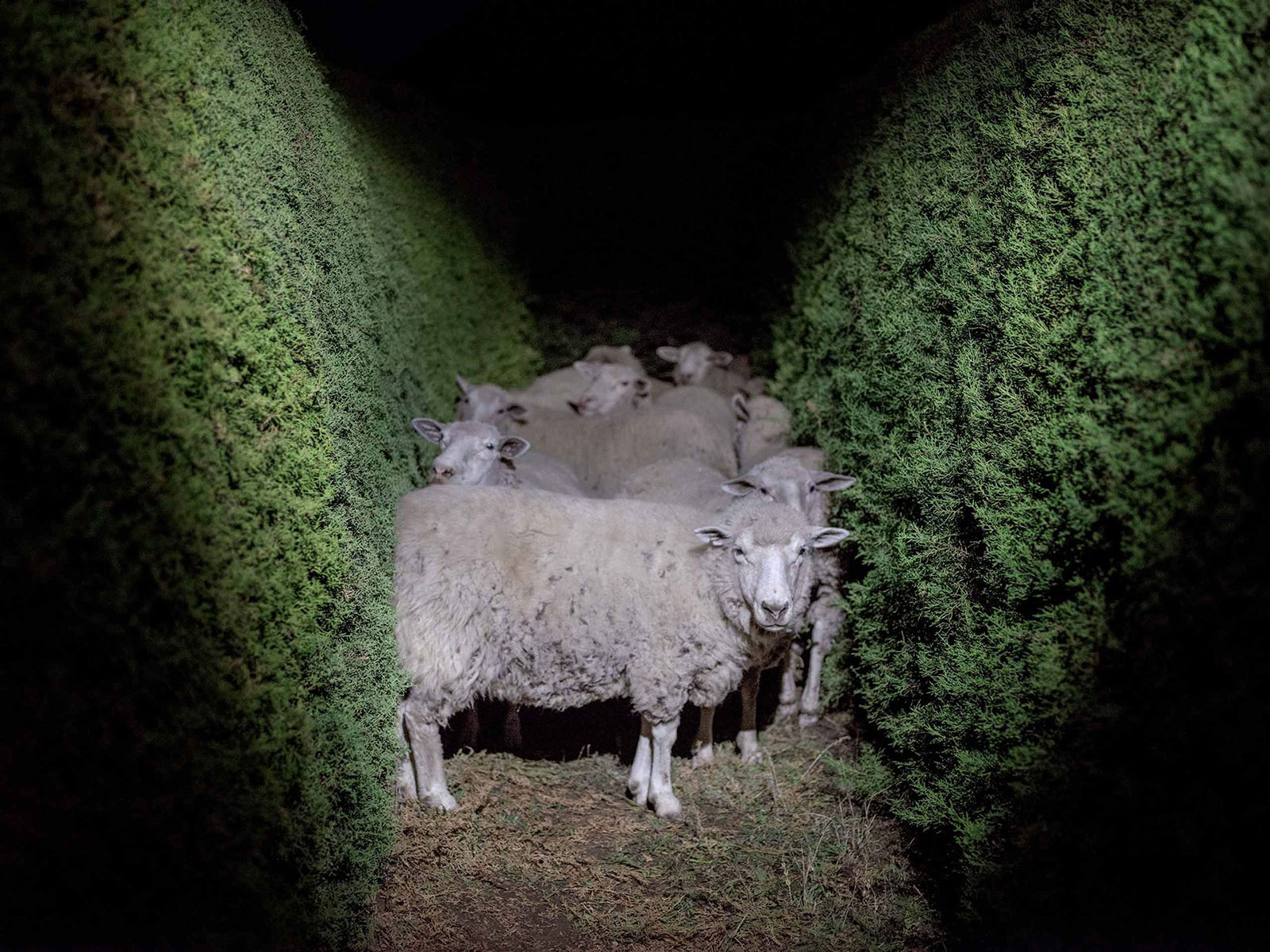 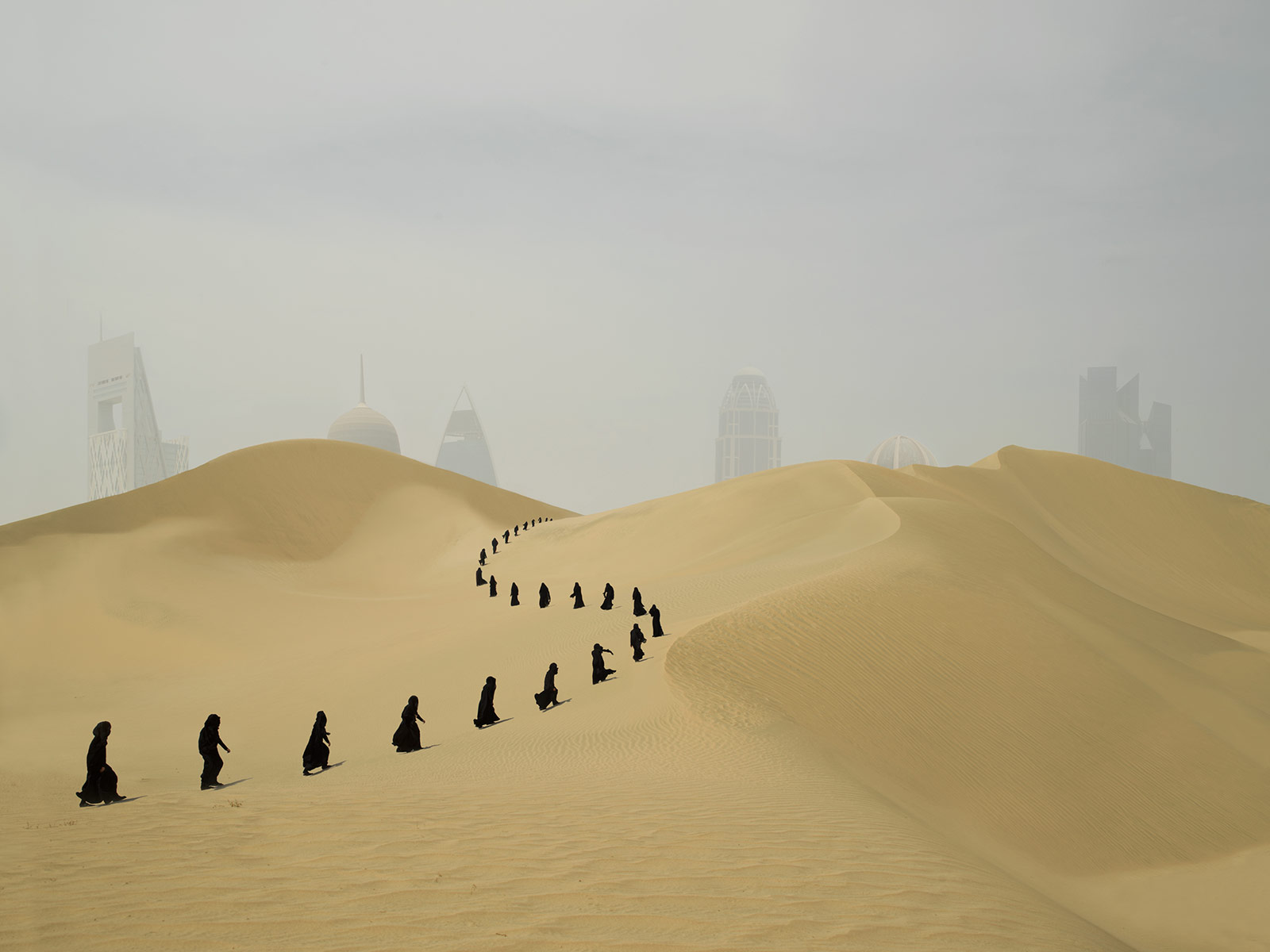 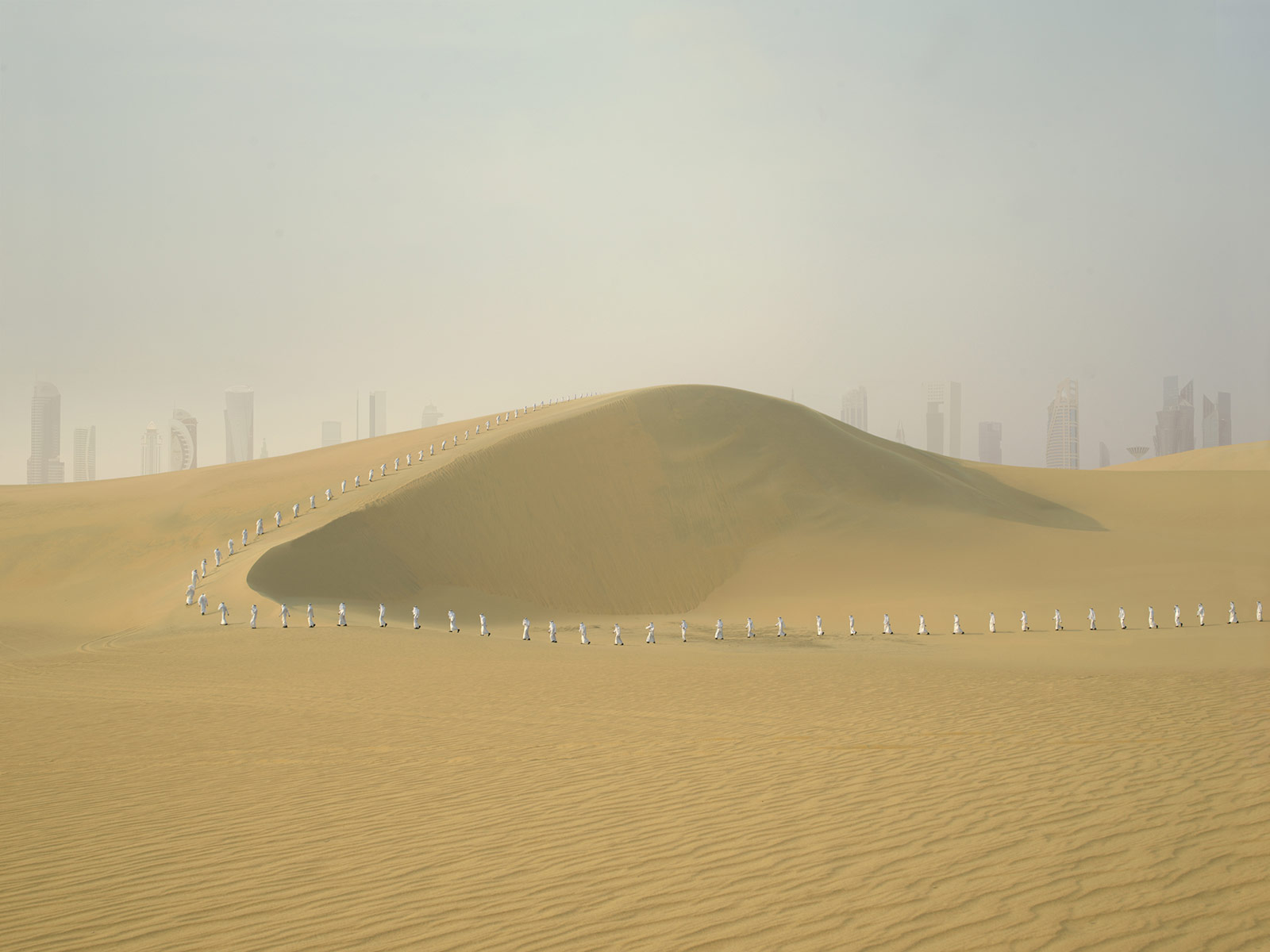 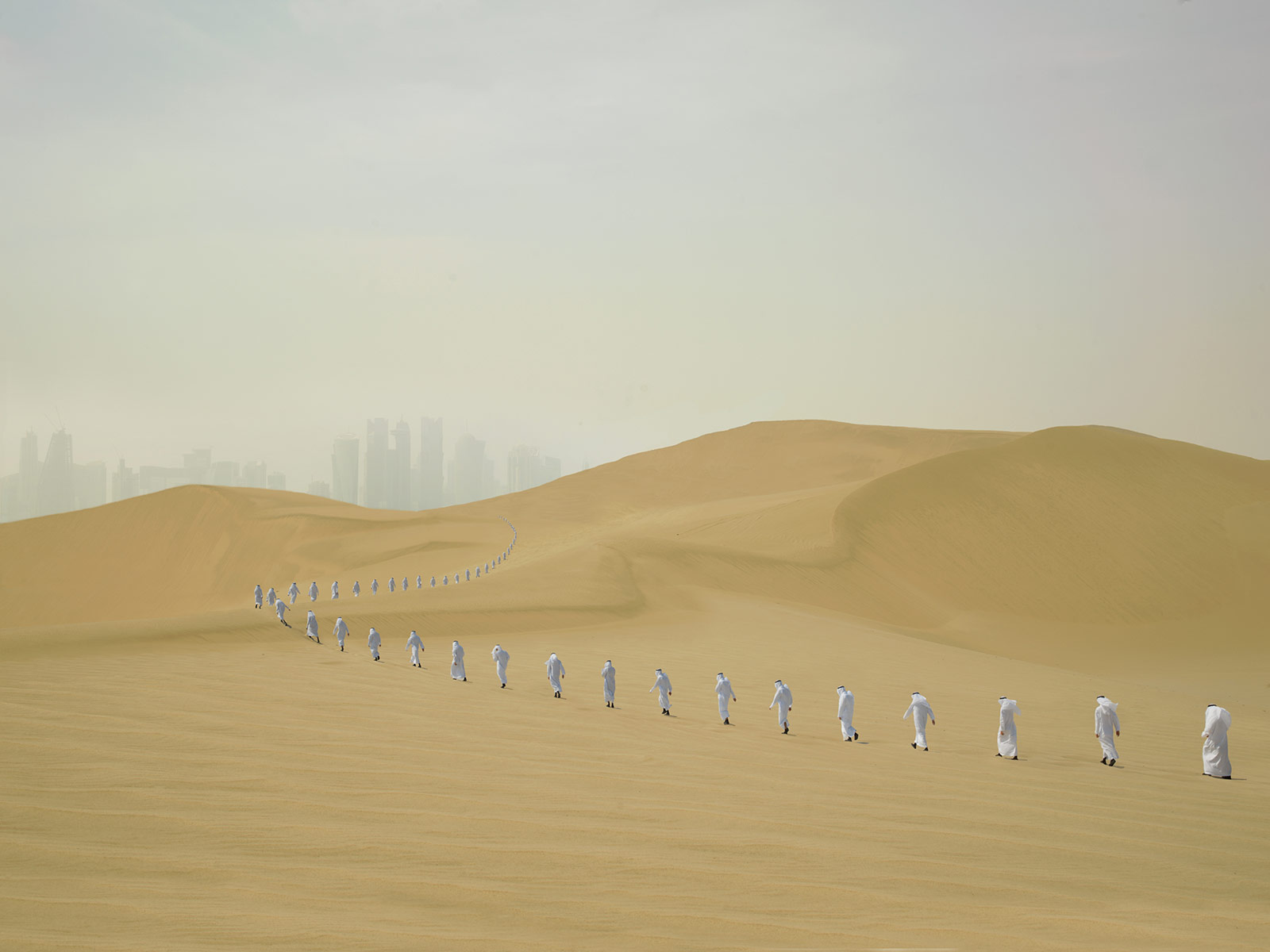 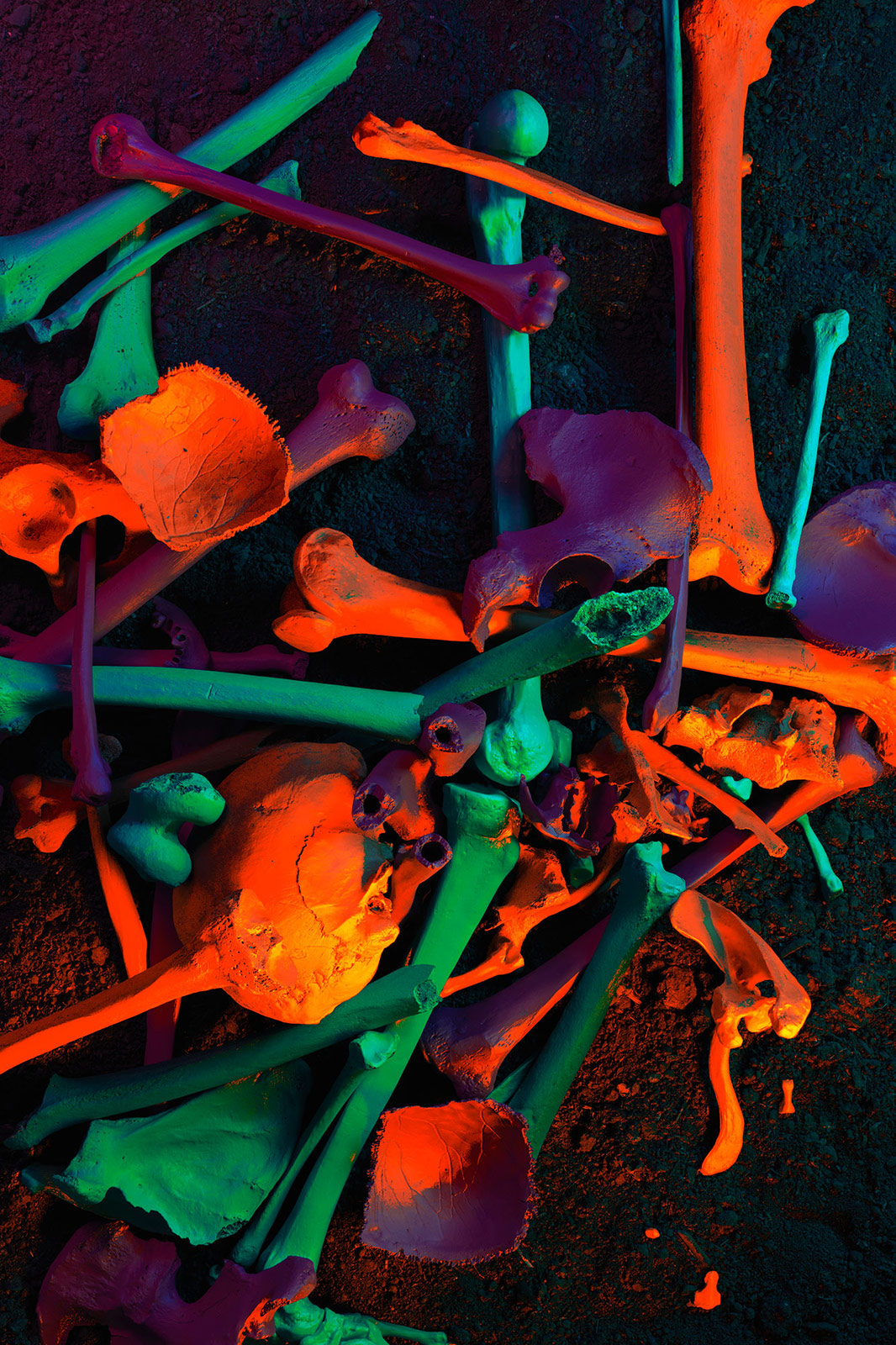 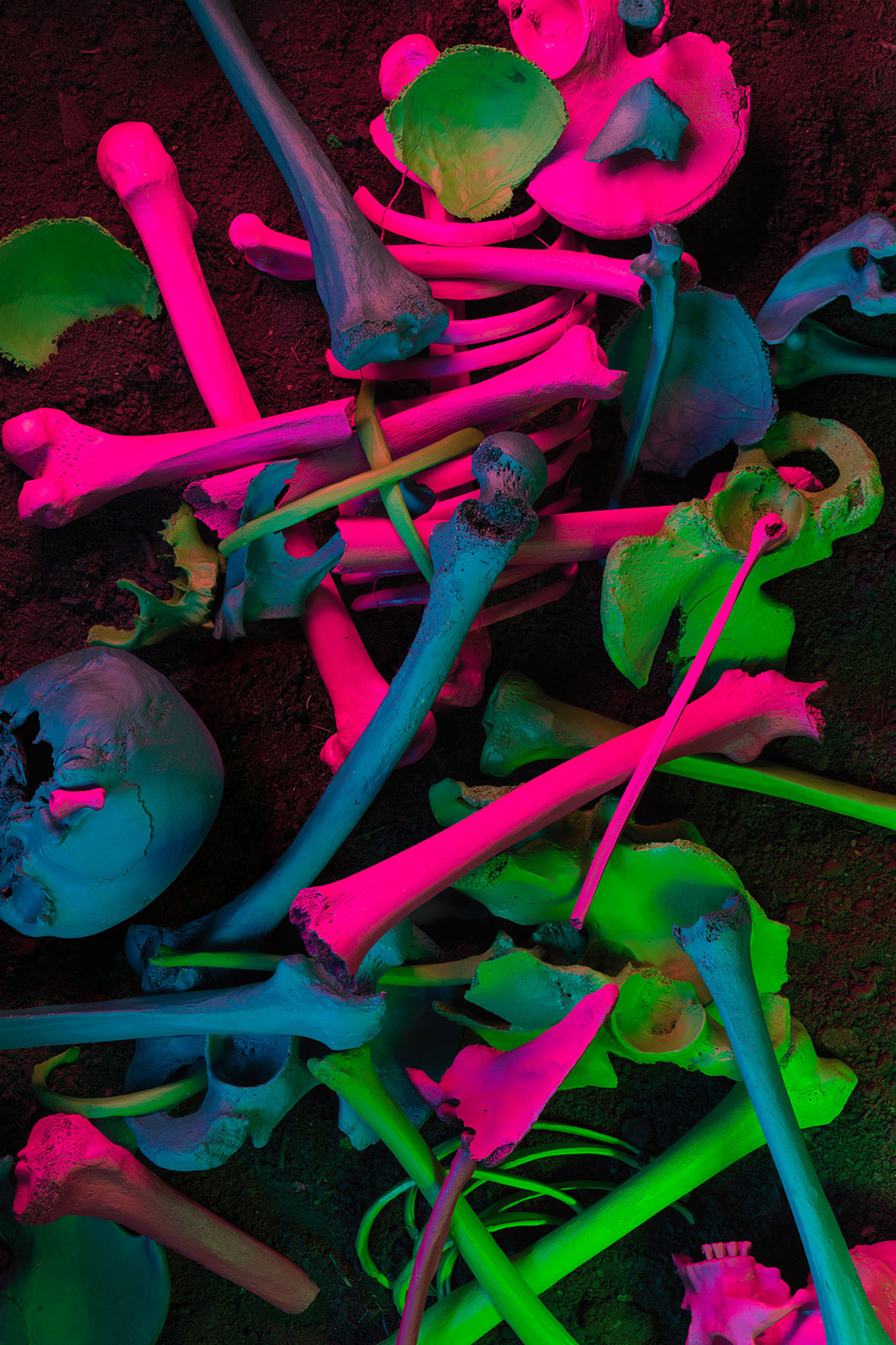 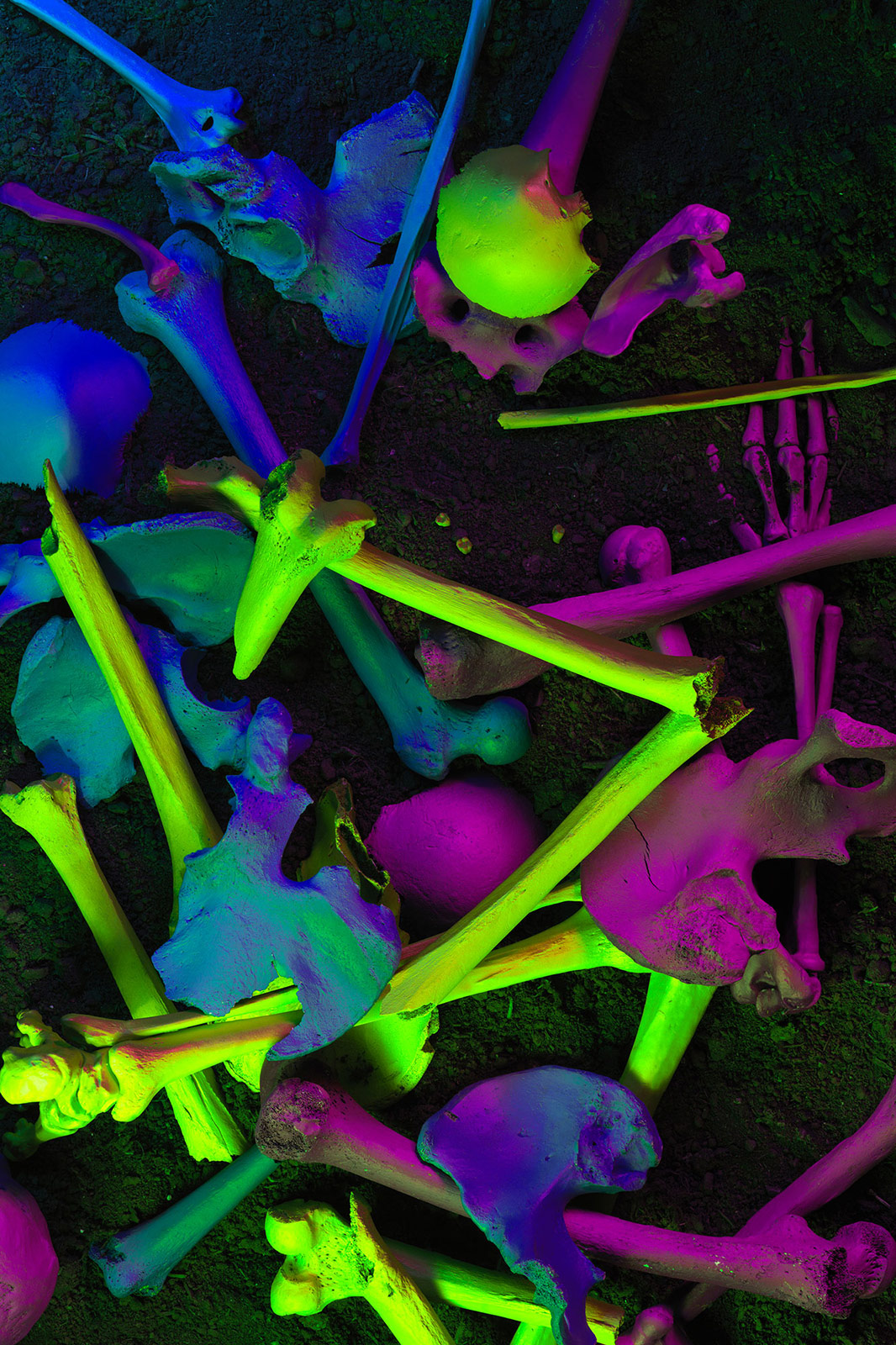 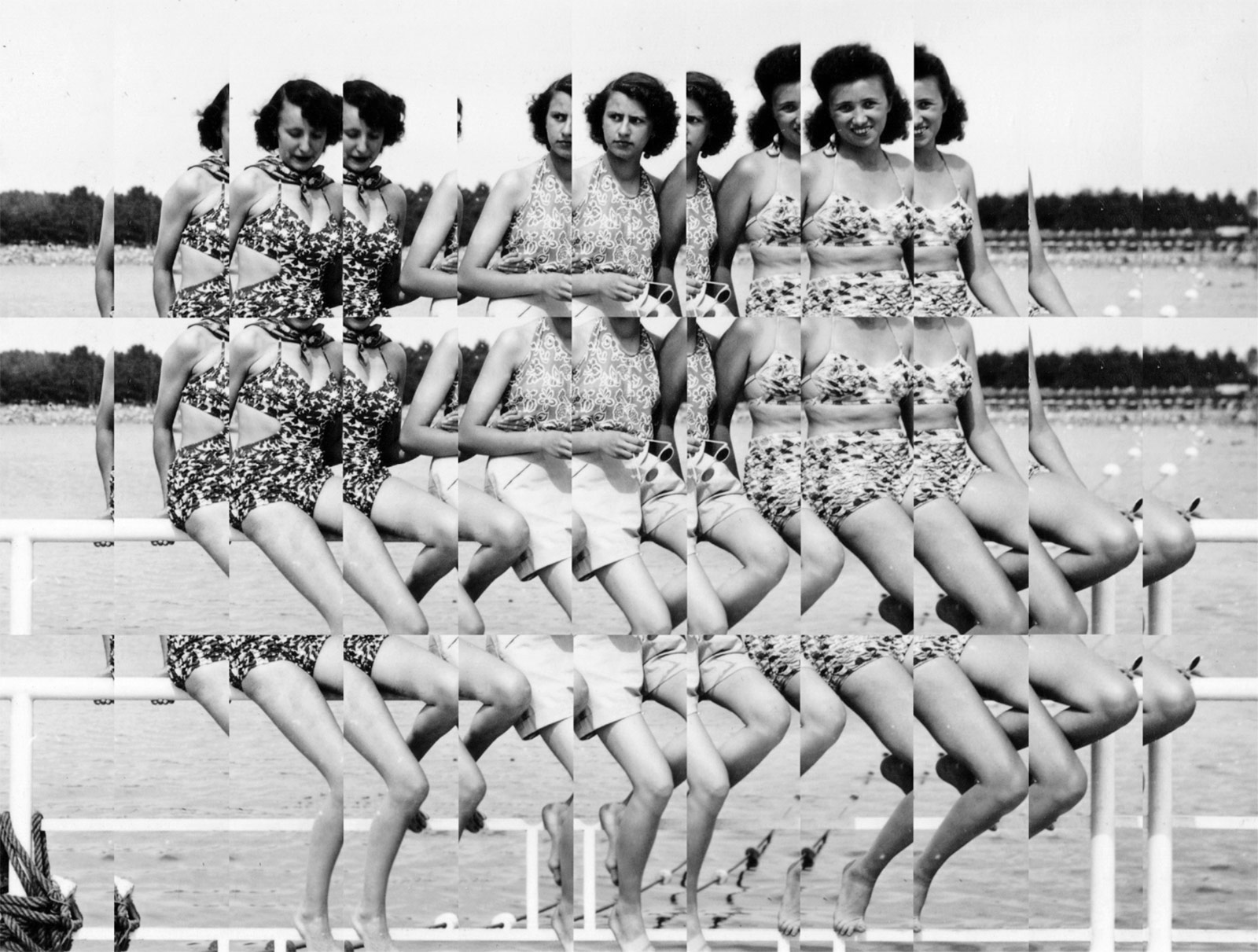 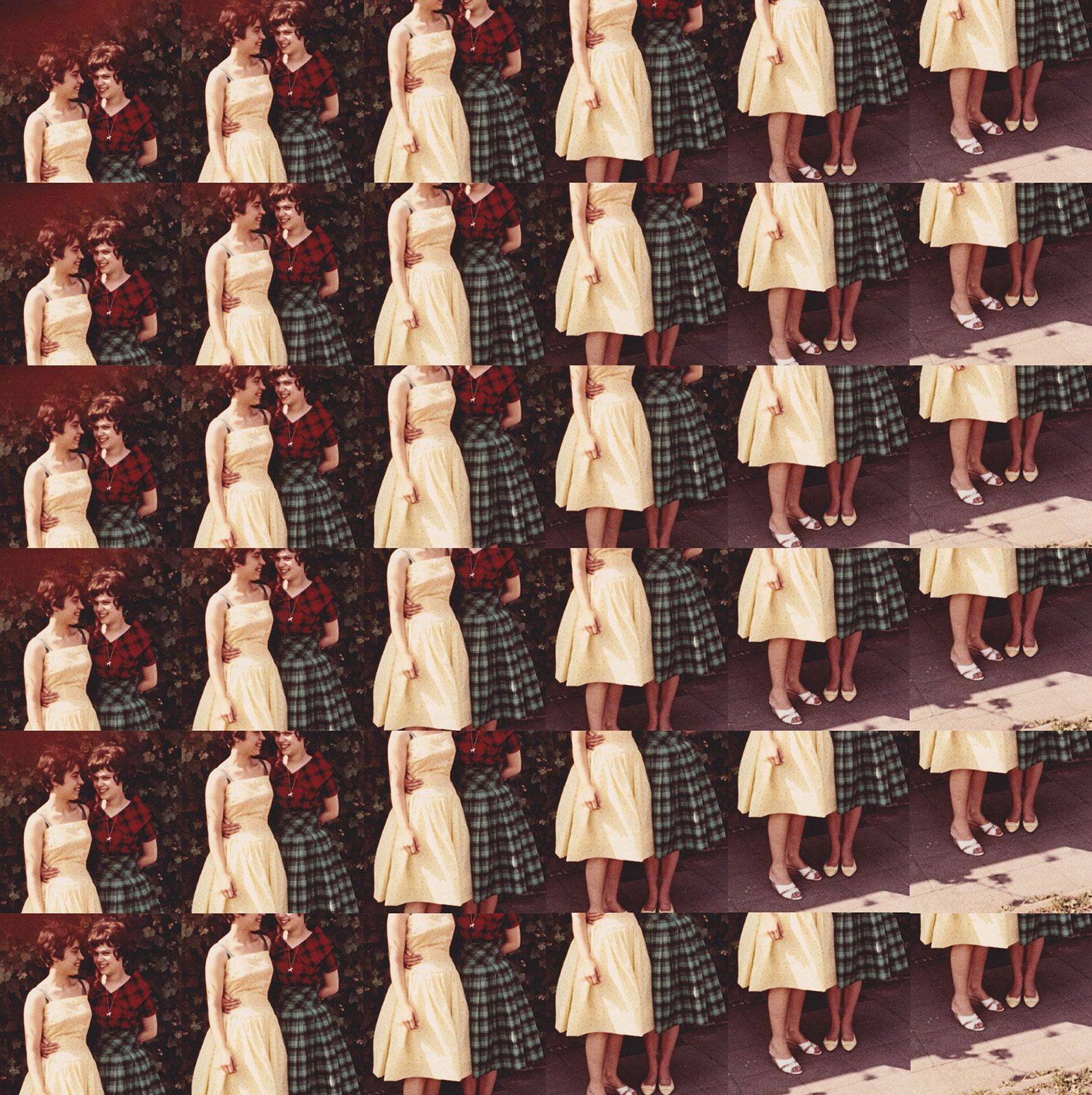 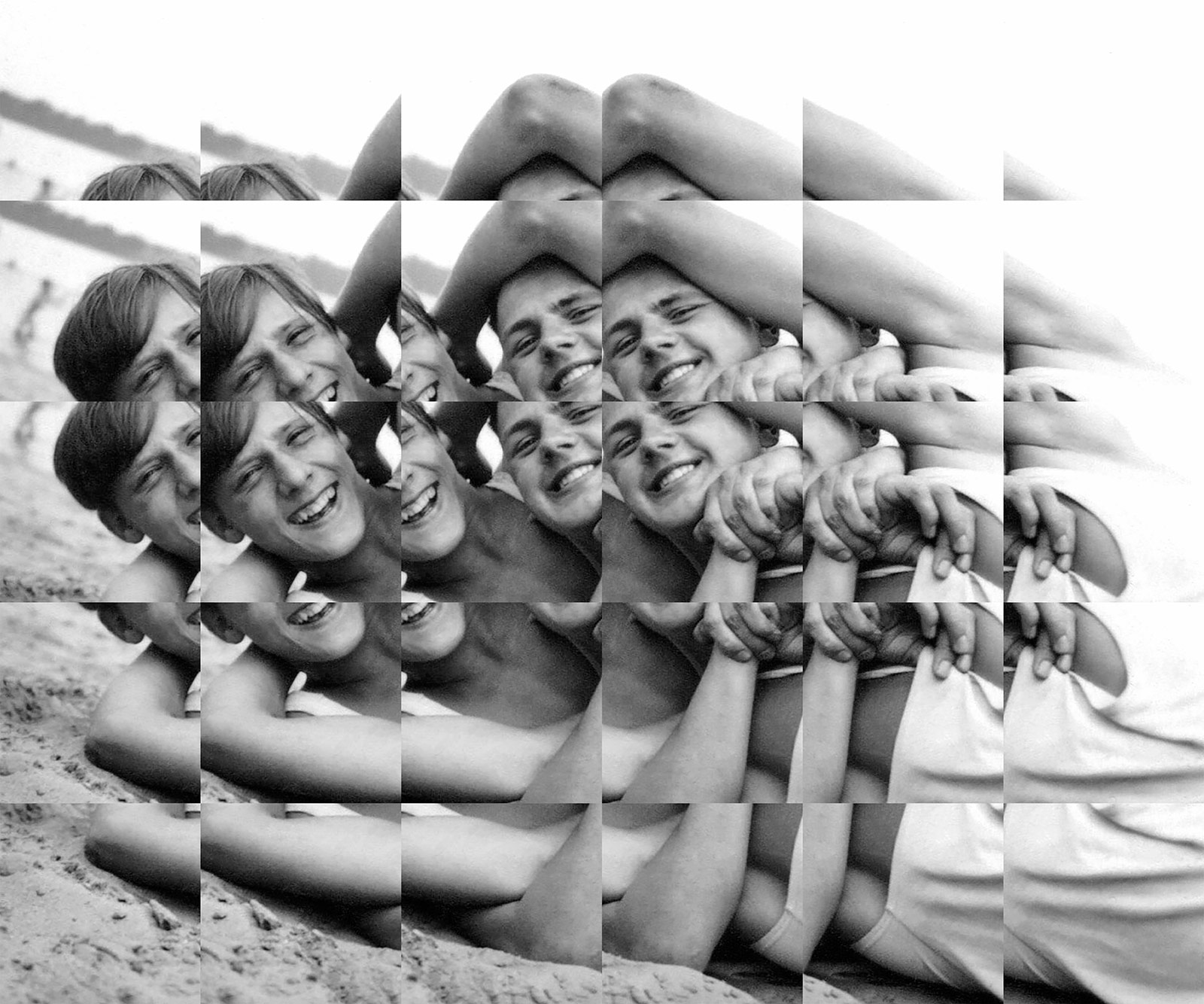 Words
David Valero
Pictures Courtesy of the artists and almanaquefotografica.com