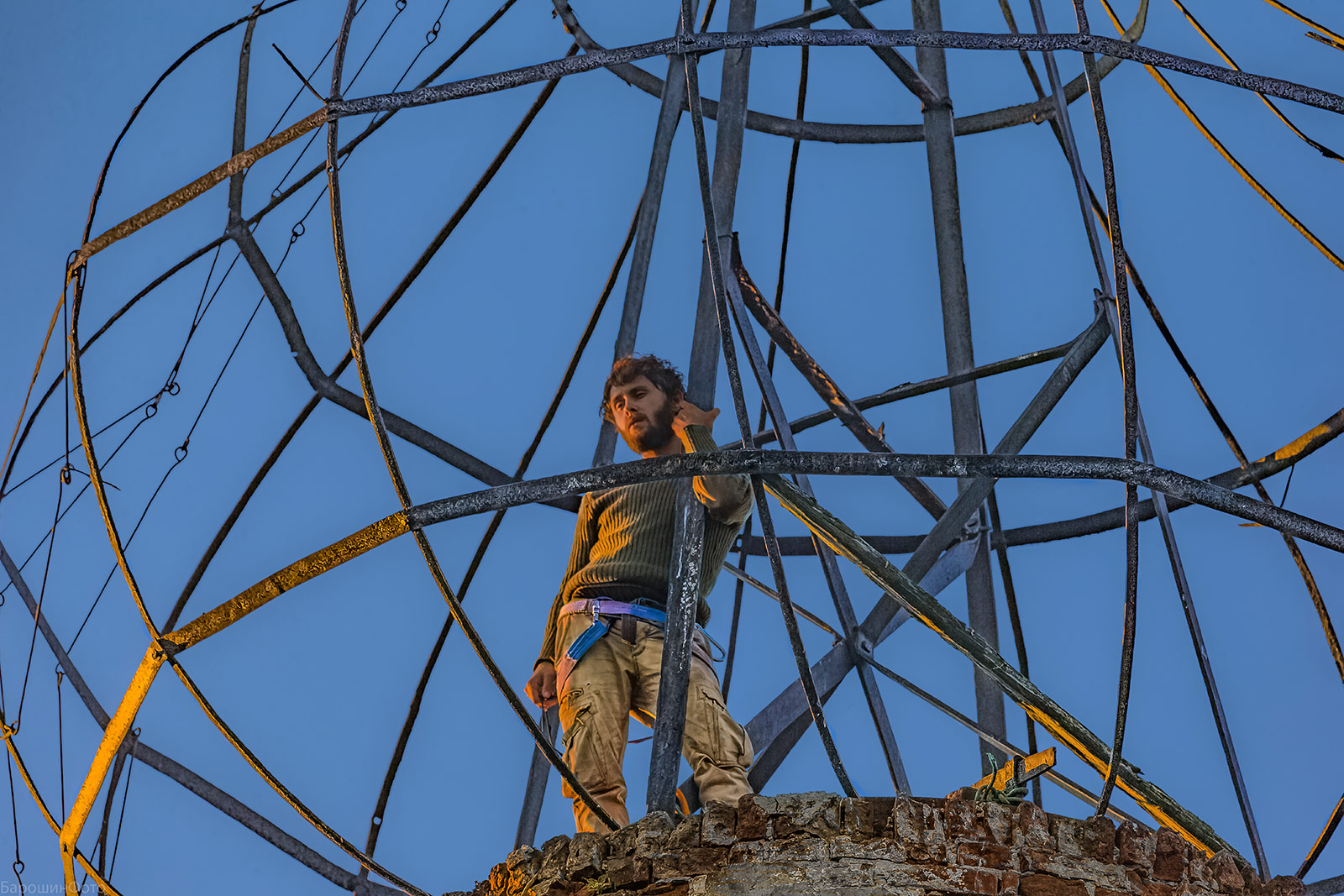 Welcome to the unfamiliar, the unknown, or even the uncanny. But don’t think of paranormal activity, ghosts or spirits. Russian photographer Danila Tkachenko captures reality and his environment, but he directs his gaze towards places and people that are, somehow, on the margins: from abandoned buildings to hermits who’ve decided to abandon civilization and live in the wilderness instead. With multiple photo books and awards, we speak with Tkachenko about his passion for the liminal, the arduous research he makes before starting a project, and some of his most remarkable experiences.
You became a photographer almost by accident. If I’m not mistaken, your flatmate did photography and you got curious. What do you think you’d be doing now if not taking pictures?
To be honest, I don't know. I try to be open to what life offers, so it could be anything. I think that you can enjoy any activity and get a reward from it. Before I took up photography, my work was far from being an art form; I worked as a barman in nightclubs and then I had an alcohol business.
The human condition, utopia/dystopia, history, globalization, the uncanny, loneliness, abandonment; you portray landscapes and people that are on the fringes of mainstream society. What interests you the most from this liminal spaces/characters?
For me, art and photography are an attempt to take a certain distance from the world around me in order to see it from a different perspective and find new meanings. Looking from the periphery helps me to take that very distance from everyday life. 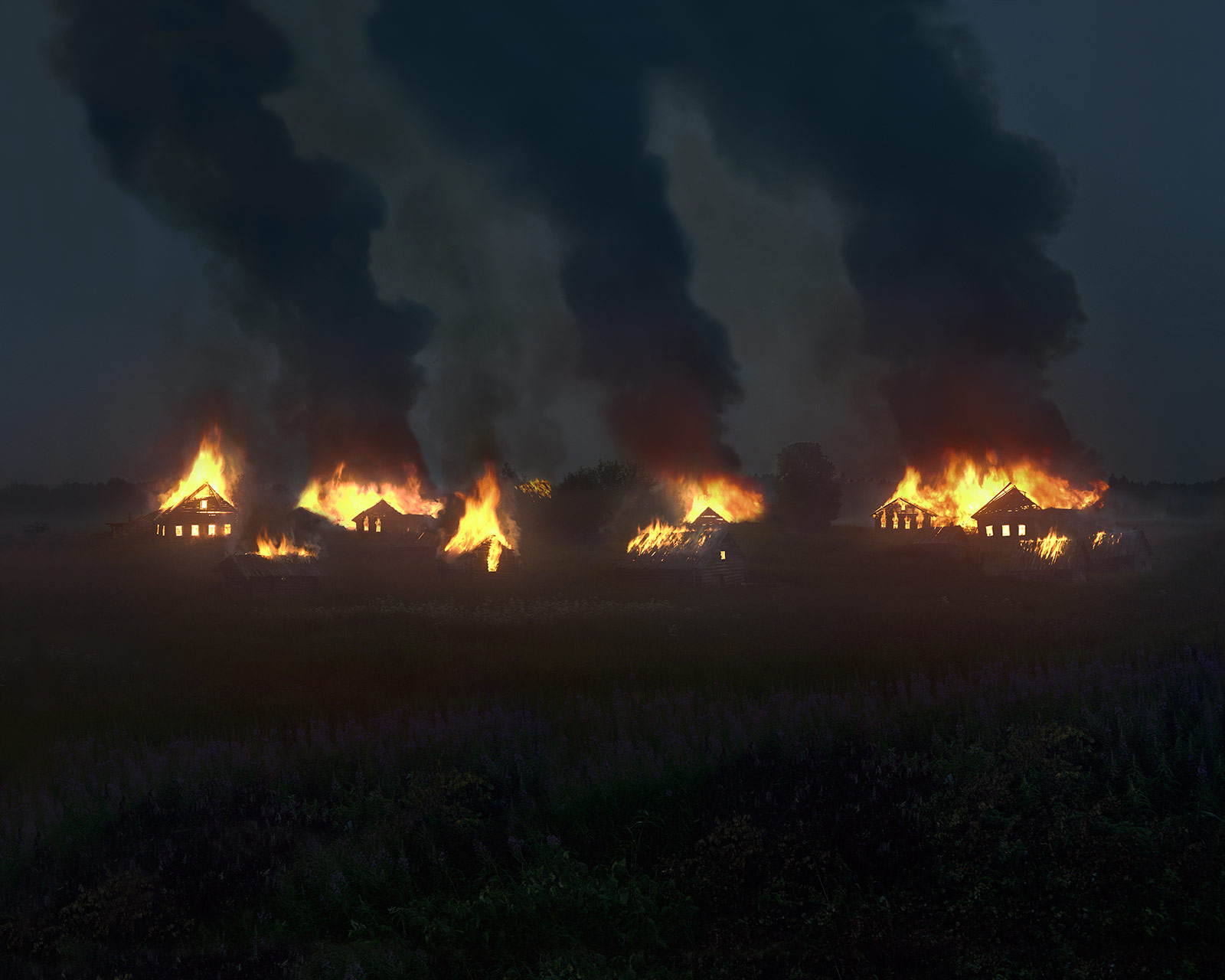 #1 from the series «Motherland» 2016
Let’s talk about your work. One of your most recent projects, Oasis, was shot in Qatar and is actually a commission by Qatar Museums. You depict a large group of men in white and women in black in the middle of the vast desert, but with the skyscrapers in the background. It’s almost like taken out of a sci-fi movie like Star Wars. Tell me more about how did this project start and how was the production process of coordinating such a big group.
I was invited to Qatar by the Qatar Museums. I was there for the first time, and I was struck by the contrast between modernity and the archaic – an archaic society living in the modern world of skyscrapers and new technologies. The skyscrapers standing in the middle of the desert are a symbol of the dawn of capitalist progress in this country, and they reminded me of a mirage. I wanted to ask whether capitalist progress is a trap for the national identity of this nation or not. After I had formulated the idea for myself, I searched for locations to shoot in the surrounding desert. After finding and preparing the chosen locations in advance, I staged the shooting with the models.
On another side, in Restricted Areas, which won the European Publishers Award for Photography, you photograph “Russia’s abandoned secret military cities”. It’s dangerous and exciting at the same time. Why did you decide to explore these places? And since they are quite secretive, how were you able to find them?
I always try to find as much information about an object as possible – most often on the Internet – before I start shooting it. I always knew what I would shoot, where I had to go and how long it would take me to get there. It took me about three years to shoot the whole series. I shot in Russia, Kazakhstan, and Bulgaria. As a rule, all the objects were already abandoned. The greatest danger was posed by weather conditions: blizzards, cold, vast areas of snow. Quite often, the equipment failed and I had to quickly resolve problems in extreme situations.
So the weather was an issue. How did you manage to overcome it?
In every shooting, there was something challenging; the most difficult was to get the right weather. Shooting in Bulgaria, I spent almost a week on a mountain waiting for the clouds to dissipate in order to make a single shot of the former headquarters of the Communist Party. Very often, I had to use snowshoes. I bought a warm jacket like the one Nordic janitors have. Handwarmers, warm shoes – big boots for winter fishing. For each object, I had to find a different approach. In some places, I was leaving sticks as markers because, in the middle of the snowstorm, you don’t see anything. Sometimes, I had to go to some abandoned house to change the film. In some places, I had to arrange a cross-country vehicle. 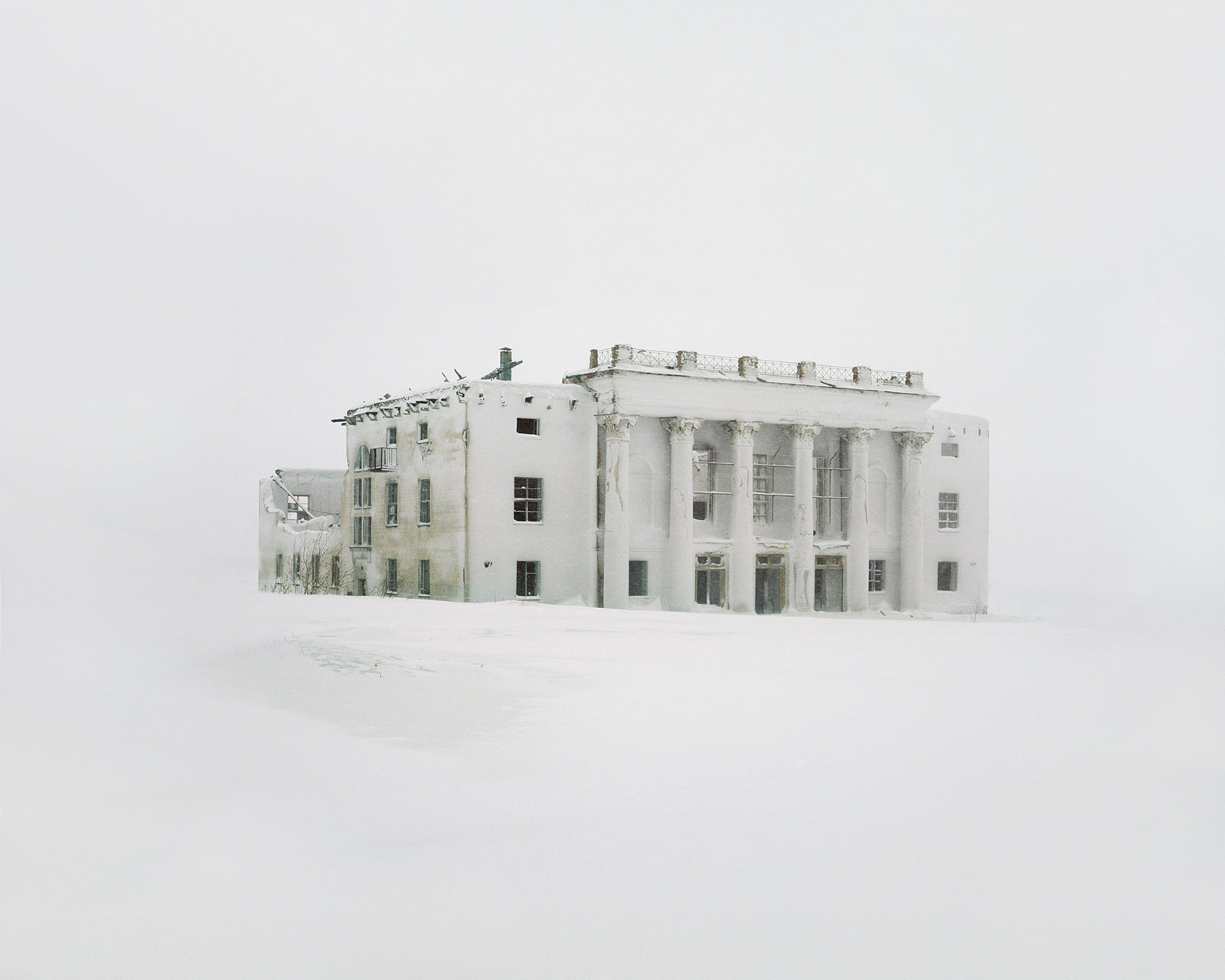 Former mining town which has been closed and made a bombing trial field. The building on the photo shows the cultural center, one of the objects for bombing Russia, Republic of Komi, 2014
Your photo book Escape won a World Press Photo first prize and, after looking through the images, it’s clear that you have a very creative eye for shooting places. You mentioned in your website, “I grew up in the heart of the big city, but I’ve always been drawn to wildlife – for me, it's a place where I can hide and feel the real me, my true self, out of the social context.” After observing these people in the middle of nature completely ‘withdrawn’ from society, did you feel as though you would ever consider following a similar path?
It was one of the questions I was deciding for myself. Before that, I had an interesting and hard experience: I got lost in the forest in Altai (Russia) and spent a month there without people. I noticed that after spending time alone, my thinking and behaviour began to change. It led me to believe that I was the absolute result of the cultural context in which I grew up and that my identity was an artificial construction created under this influence. I was interested in meeting people who had cut themselves off from society for a long time, comparing themselves to others, and understanding how a person develops outside the cultural context. In this project, I was more interested in society than in the phenomenon of hermits. Looking at them, I studied the social environment and its impact on myself.
What were some issues/challenges you faced while creating this series?
All my projects start with long research and work on the Internet. In this case, I searched for any information about people who had left to live alone away from civilization. I searched for notes on travellers' forums, local mass media, and called forestries of sparsely populated areas. This took more than a year. Then, according to the plan, I went on travelling. I made my way to a village near the assumed hermit and sought information from the locals.
Most of the information was false, but still, in two years, I found about fifteen people. I took food with me to motivate the hermits to contact me. After a year of shooting the project, an unpleasant situation happened: I lost all the films, so I had to go around all the heroes for a second time. But in the end, it was good, I was able to focus the visual concept more precisely. For example, there is no sky in the photographs in this series.
What type of reaction did these hermits have when you entered their environment and began photographing them? How did you build a trusting relationship with them so they allowed being photographed?
Usually, I was introducing myself, telling about my project and showing my previous work. Every time, I had some presents with me – the most precious was food as they often live far from civilization. If they agreed to be photographed, I waited for suitable light conditions and made the photos. 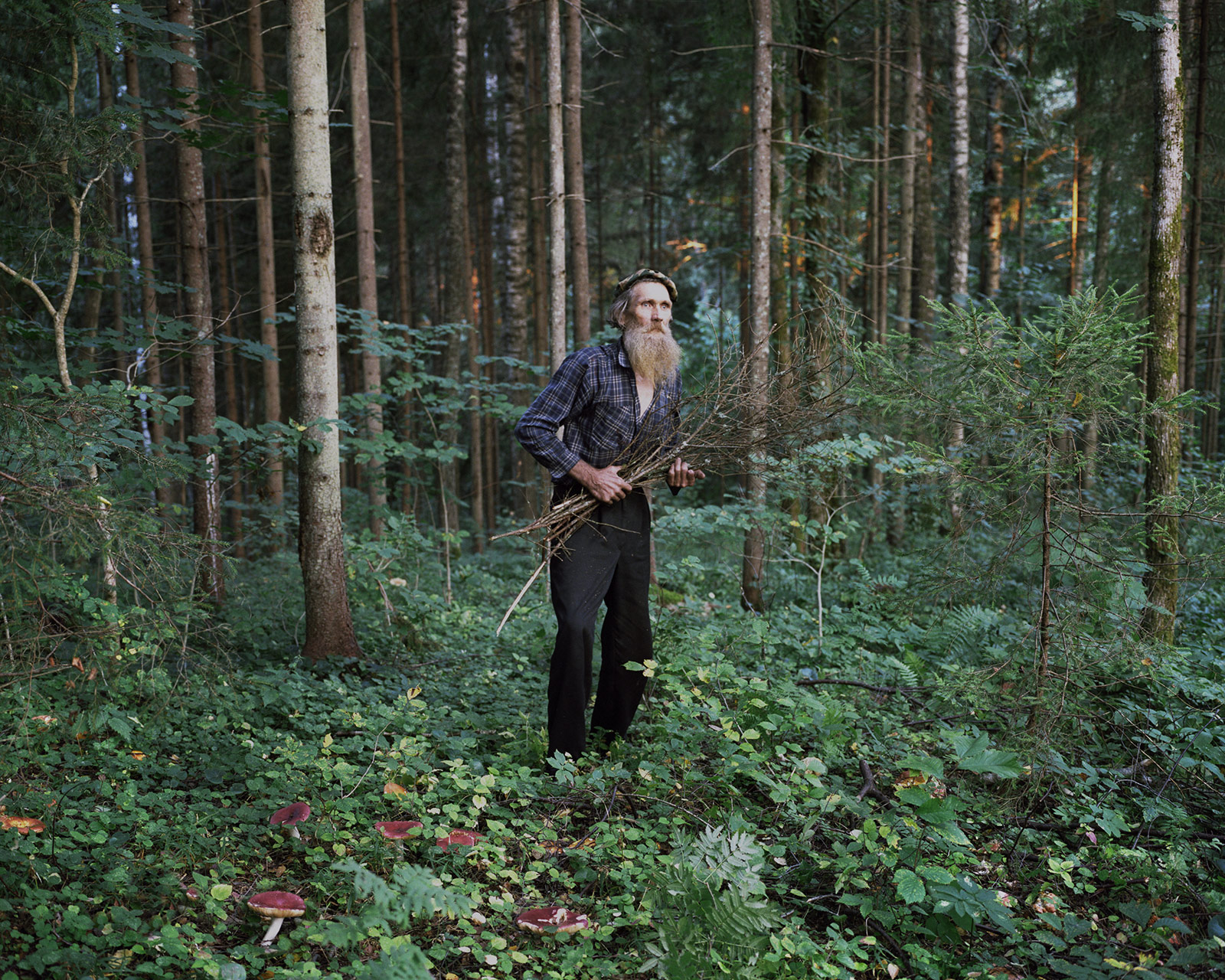 Series «Escape», Photo #11, 2013
In another series, Motherland, the pictures are presenting the view with loss and destruction. You mention that “Motherland is a memorial project, a farewell to already dead and not functioning constructions.” Is this implying that you set fire to the constructions? Do you feel this series/project has some ritualistic aspect to it? Maybe cathartic or spiritual?
It was an important project for me emotionally, it was a farewell and burning dead things. To some extent, it was a burial ritual. In my country, in my opinion, the attitude towards death and outdated things is not developed. Because of this, one can observe how long-dead concepts come to life and function. To a greater extent, it’s used by the Government to manipulate society. This is partly why we have an unburied corpse in the main square of the country.
Just as a curiosity, how legal was all this? Did you have permission to burn everything, or were they just abandoned places that you set on fire? How did the logistics of that work out?
It was important to me that no one was hurt by my actions and that the project remained within the bounds of the law. This project, as well as others, was conceived with long preparation: consultations with lawyers and studying of the law, a search of remote places that do not belong to anybody and unsuitable for restoration, the gathering of the information on them, preparation of building of additional designs and scenery, etc. This is one of the most difficult and expensive projects that I had to do.
What has been a big influence on your work/passion for photography?
Recently, I have become interested in the phenomenon of the triumph of broadcast mass media, how it distorts and intertwines with important social problems. Also, the phenomenon of the post-imperial syndrome. 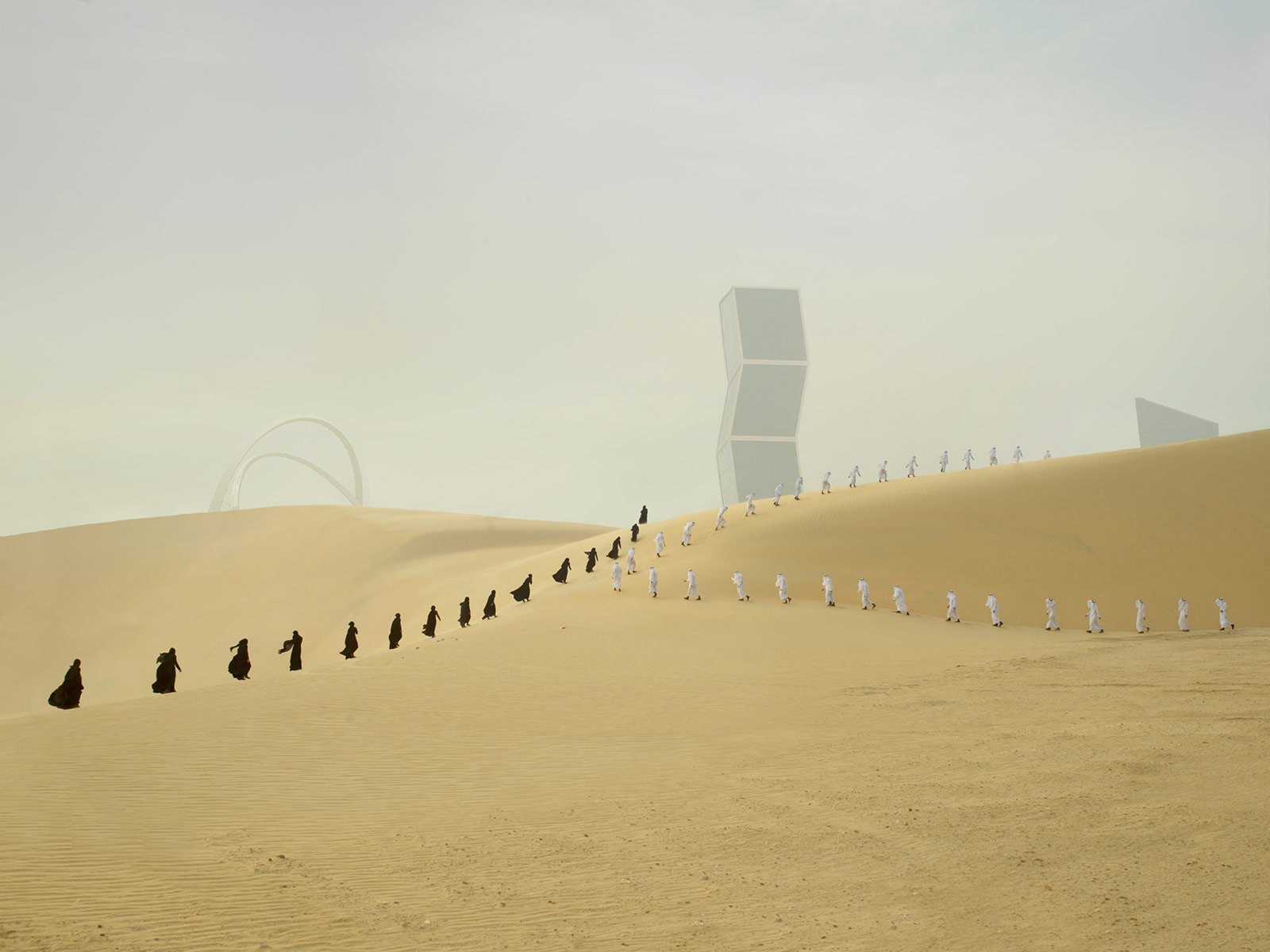 Oasis
What is the most rewarding experience you have had on your journey as a photographer?
The most useful experience is a collision with failure. Almost every job I do goes through failure, only after which I can build a good job. False actions make up most of the work, but they are as important as the end result. Problems should be treated with respect.
What would you say has been the most difficult in your career field?
The hardest part is finding the shape. To find it and create it, you need to try all sorts of options. This requires a lot of willpower and stubbornness.
Do you have any advice you would be able to give any aspiring photographers?
I would advise every day to discover a new author, to educate your visual and semantic experience. Find those authors you are most interested in, study them and don’t be afraid to copy, go through them on something of your own. 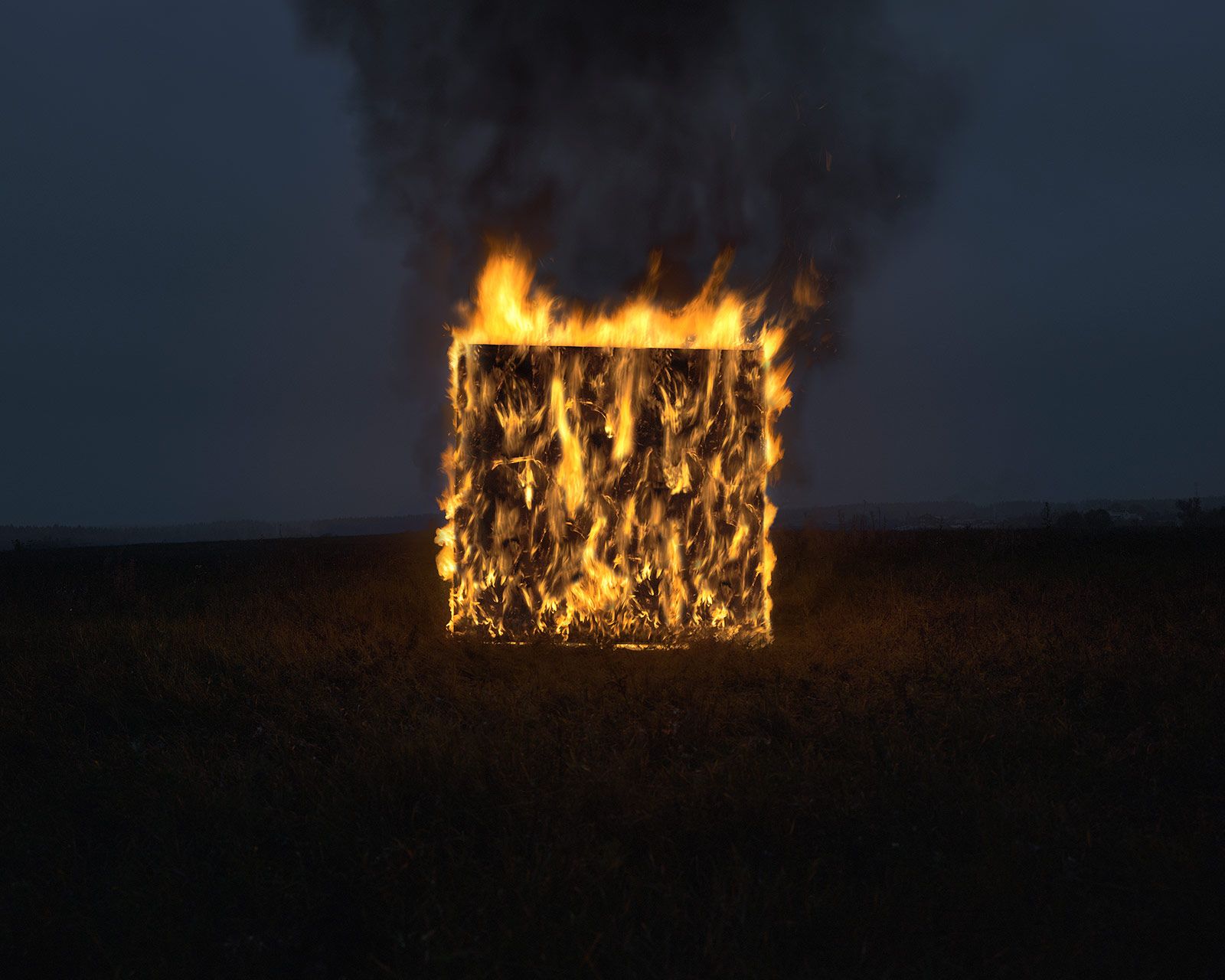 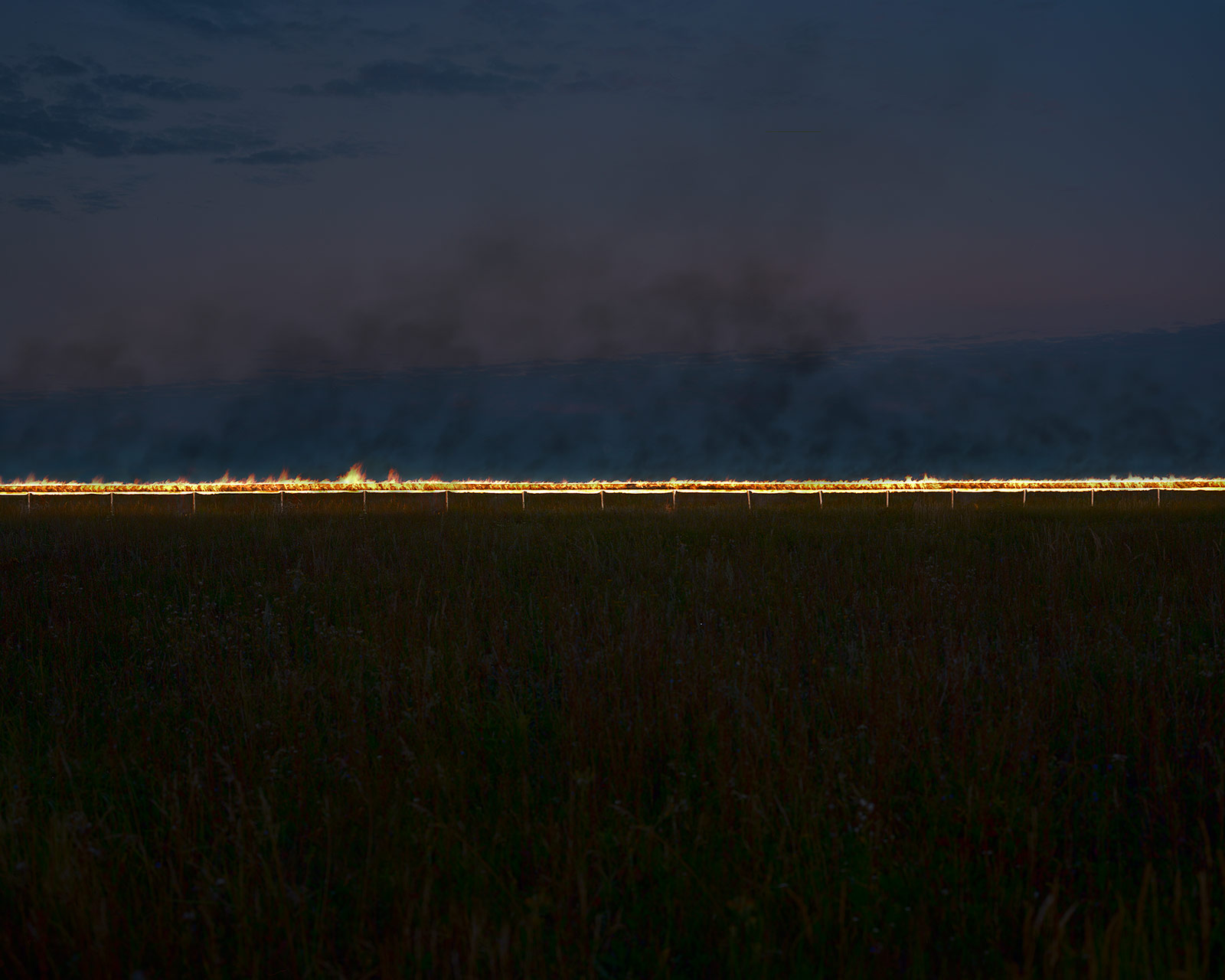 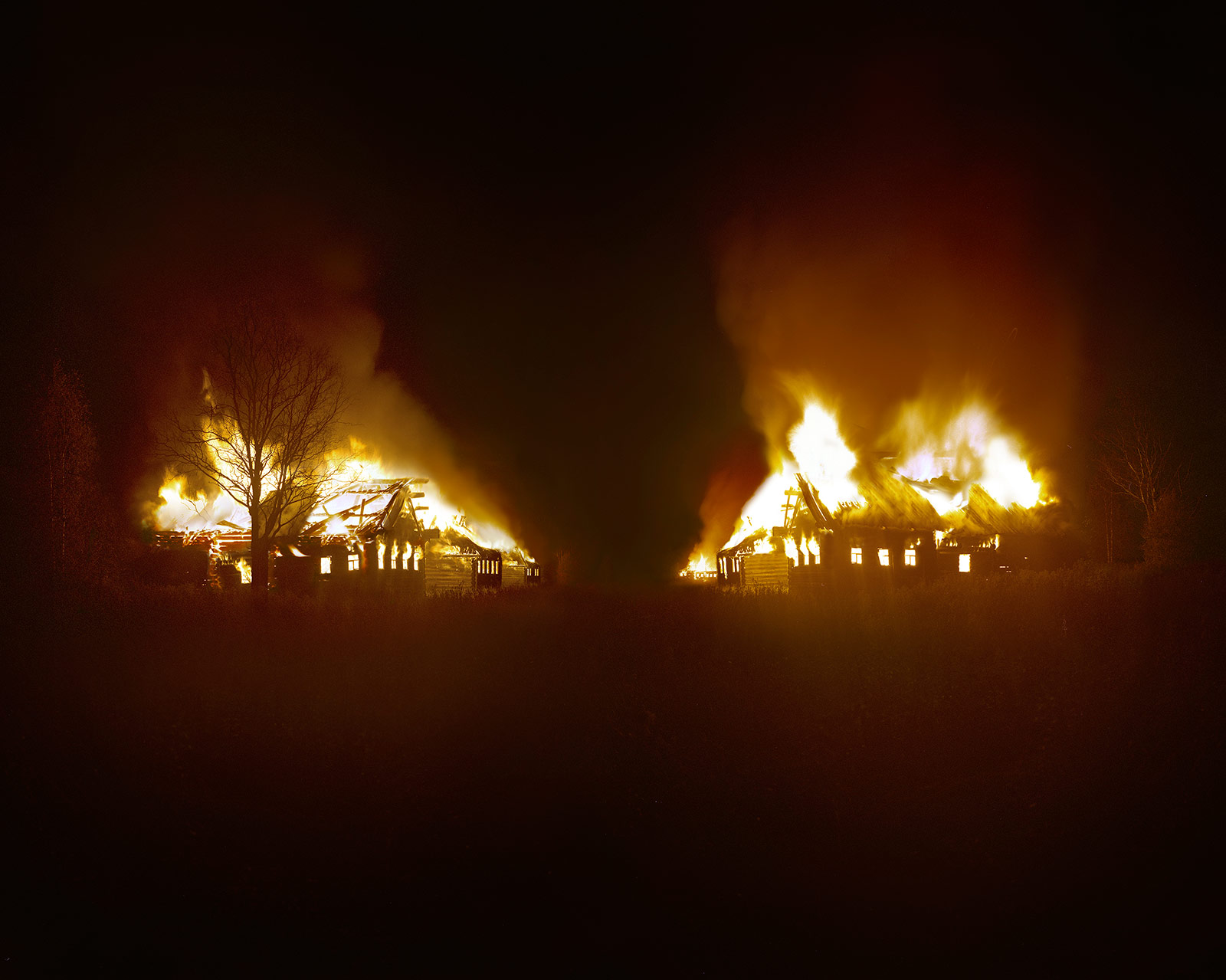 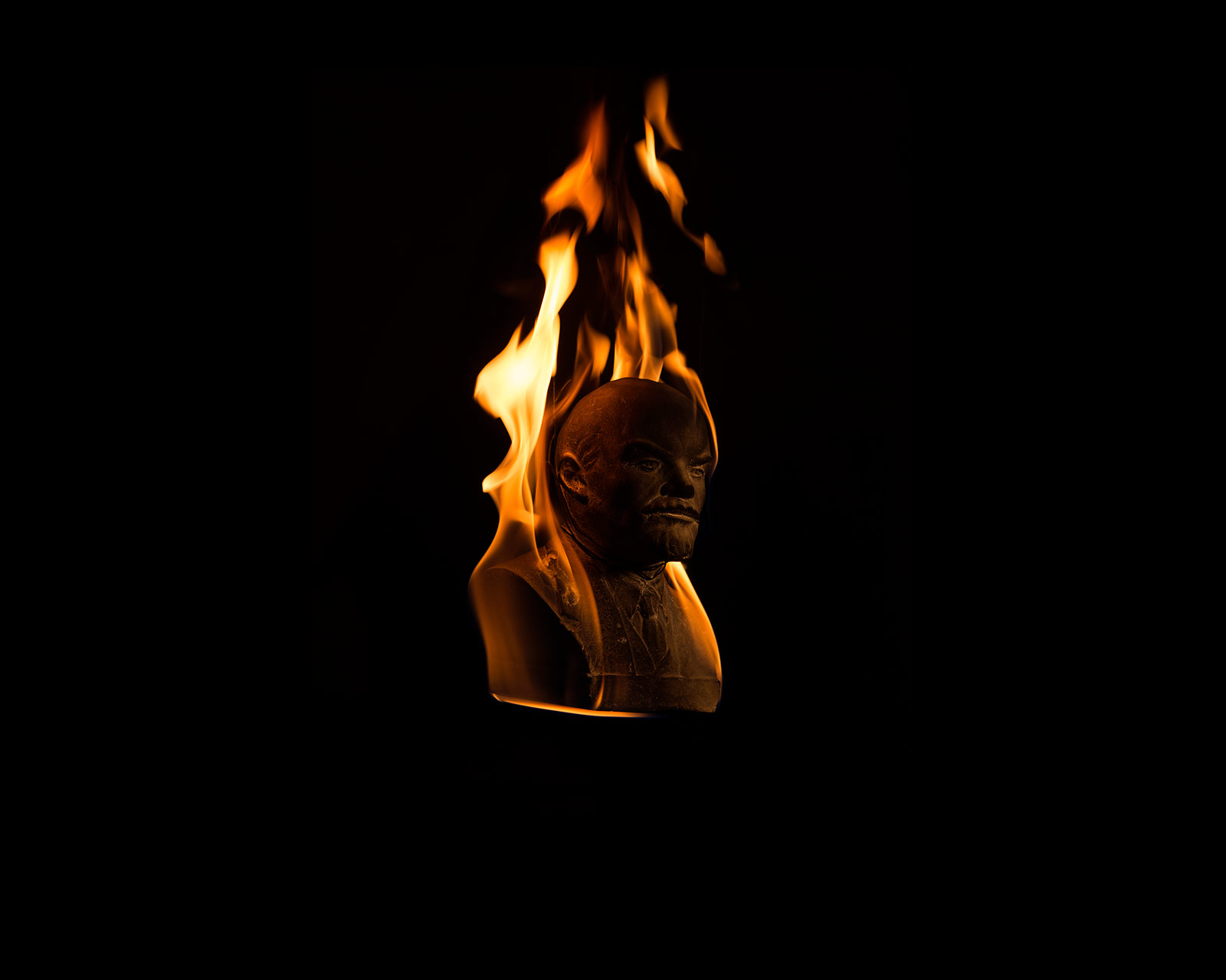 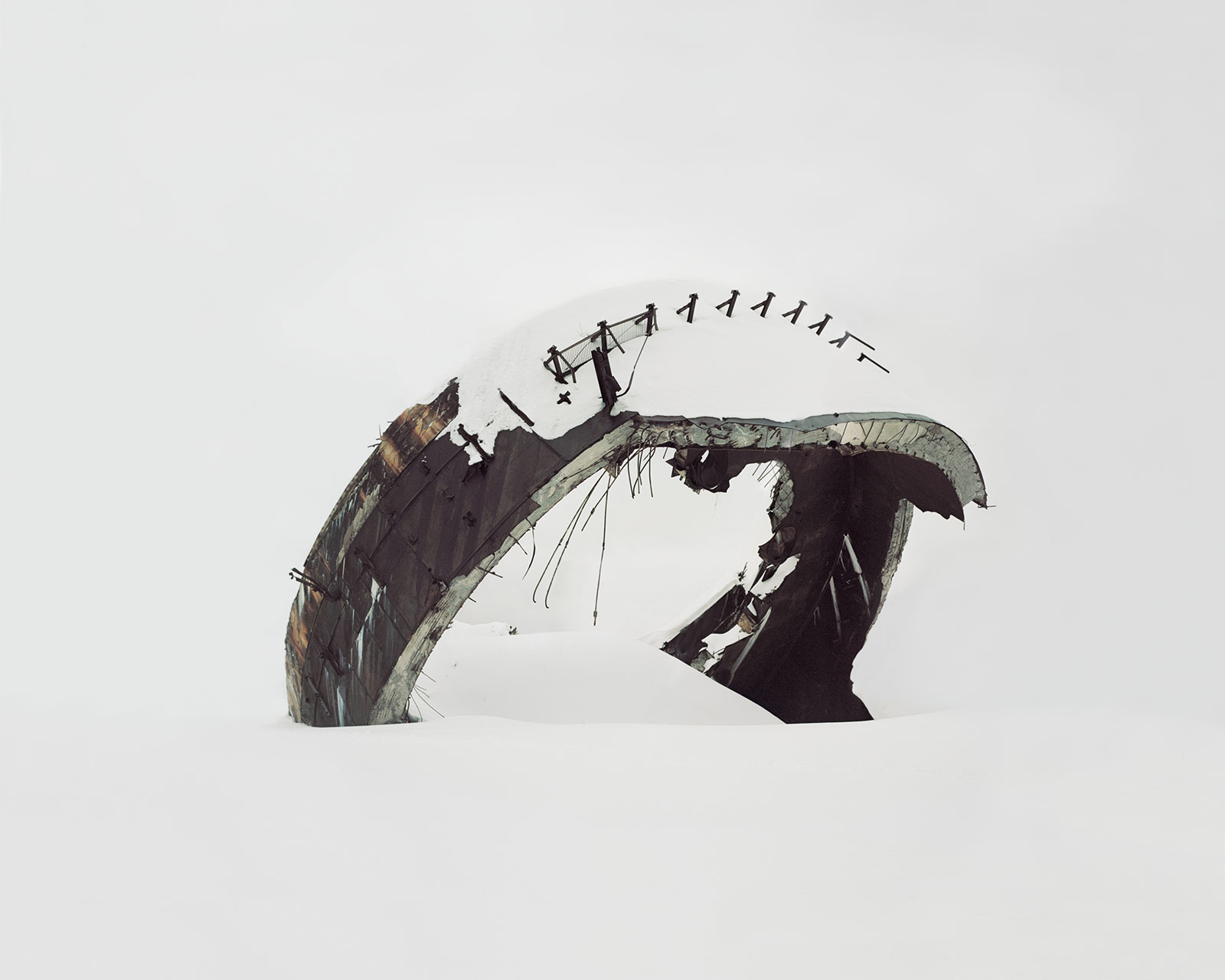 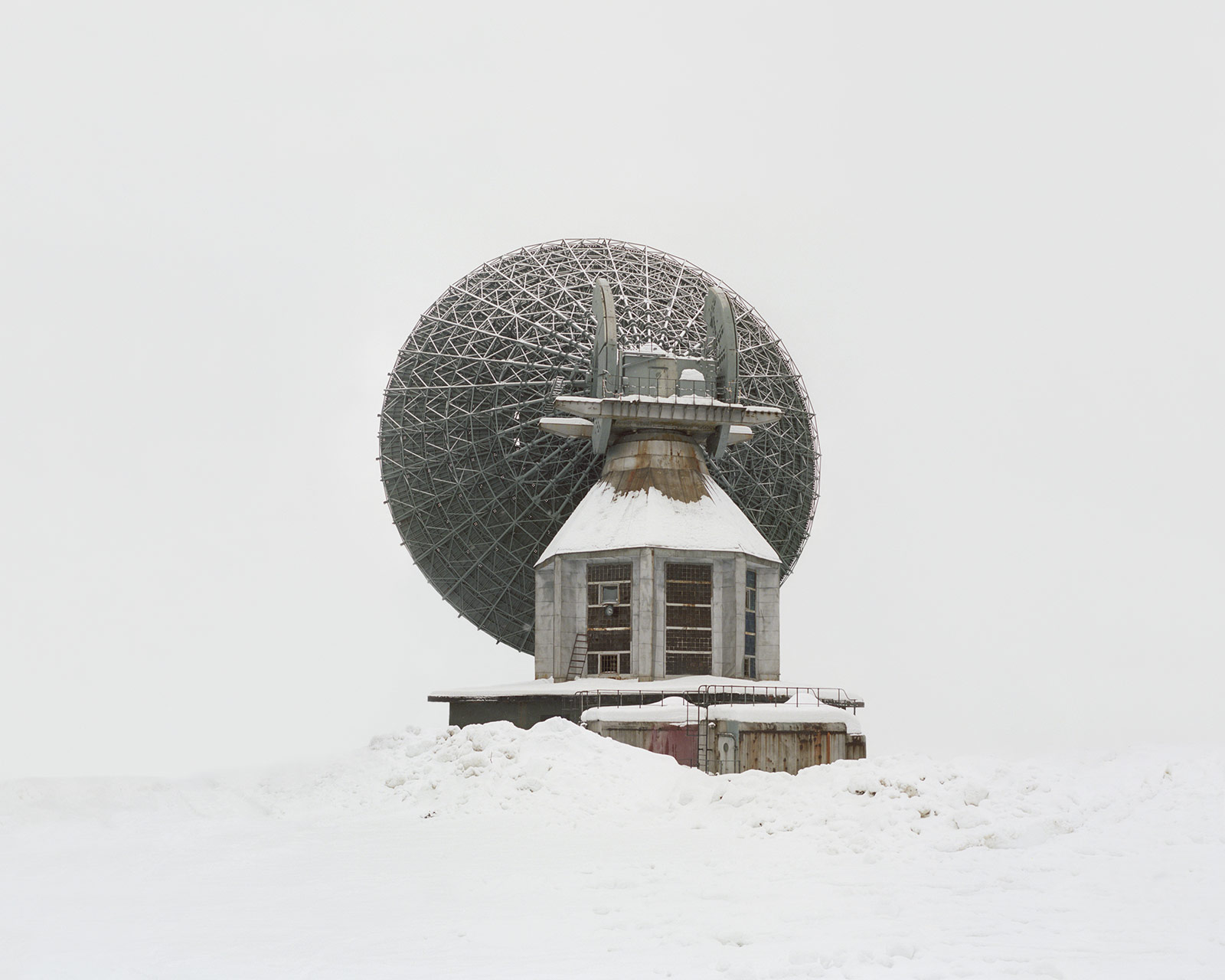 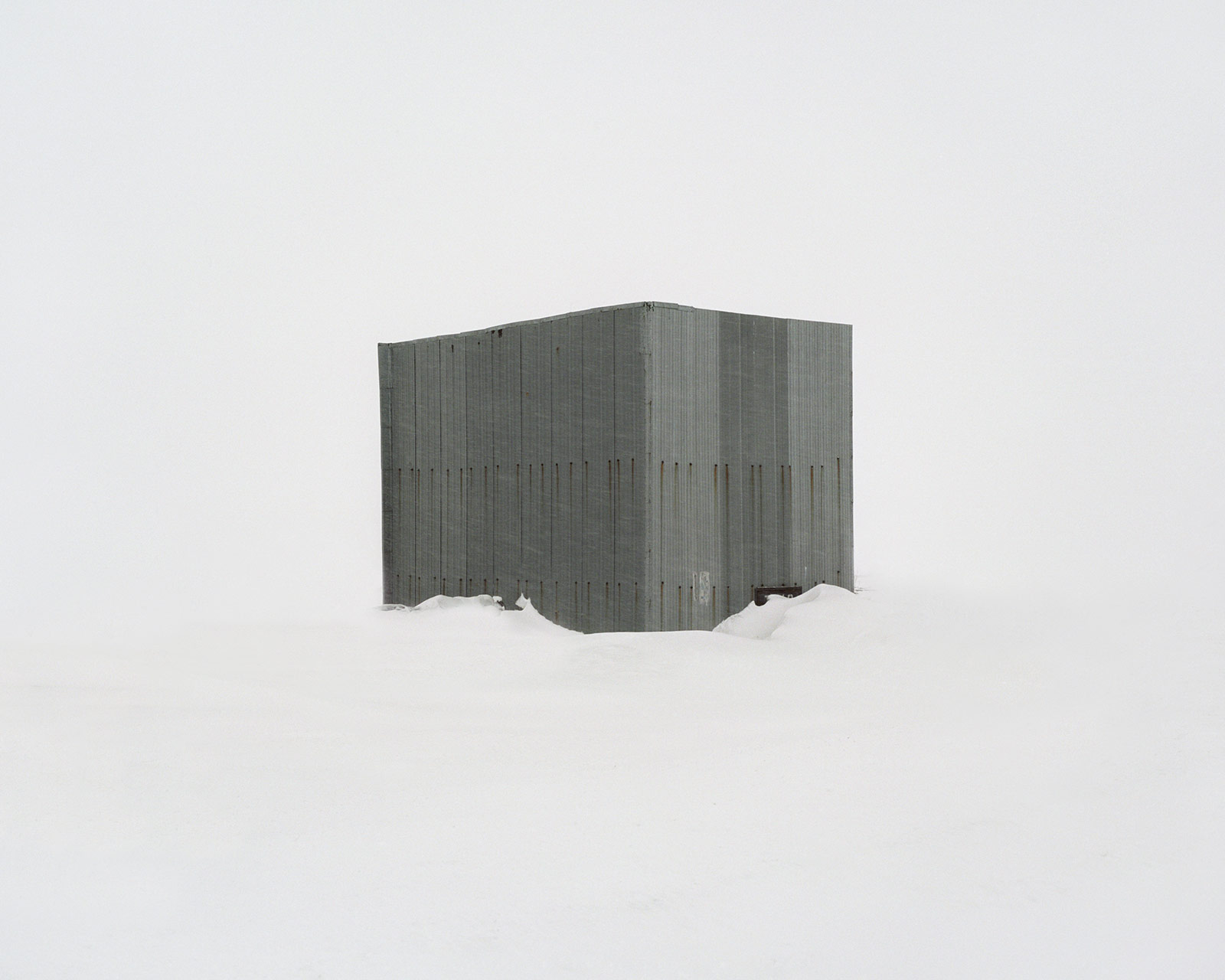 Sarcophagus over a closed shaft which is 4 km deep. Russia, Murmansk region, 2013 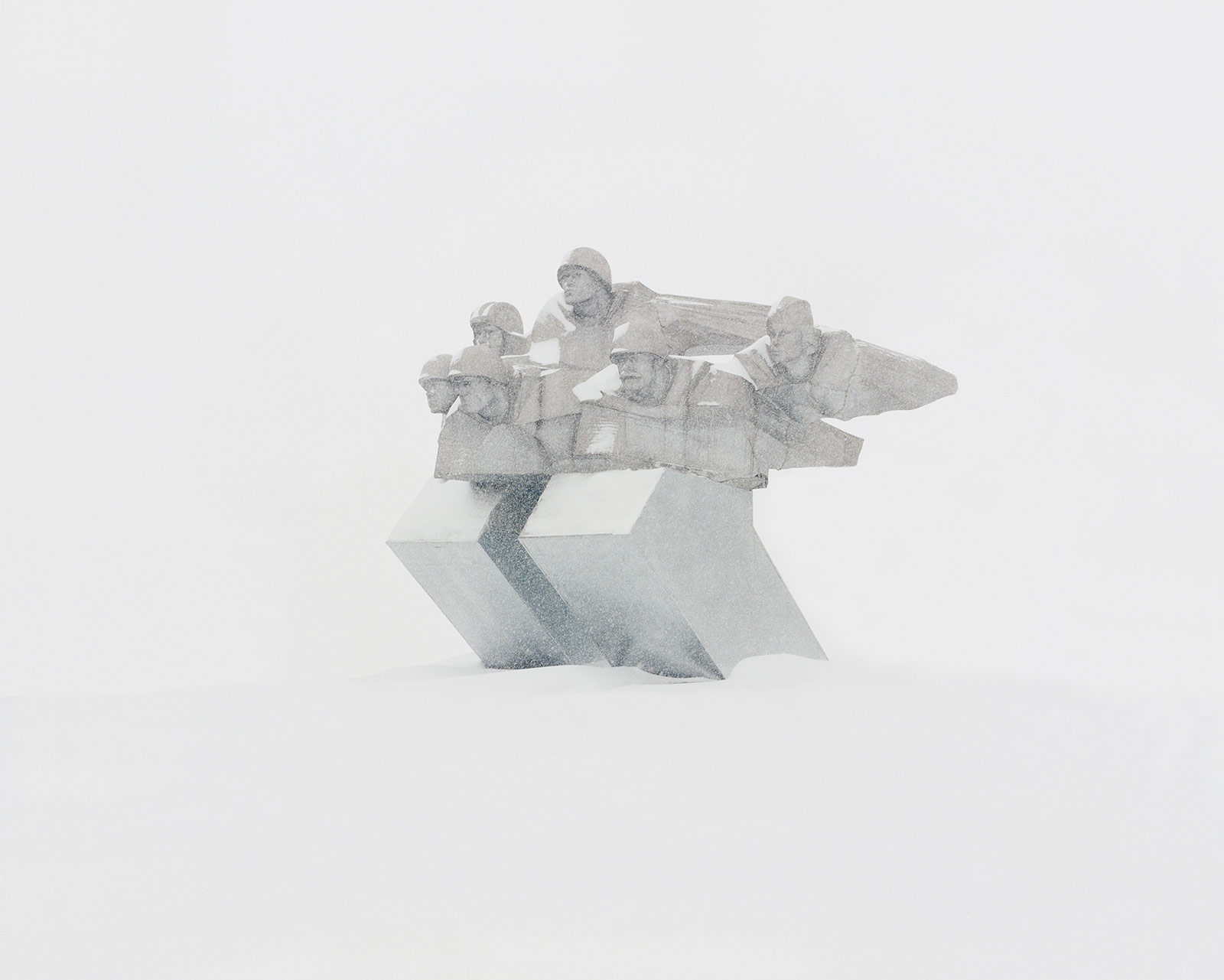 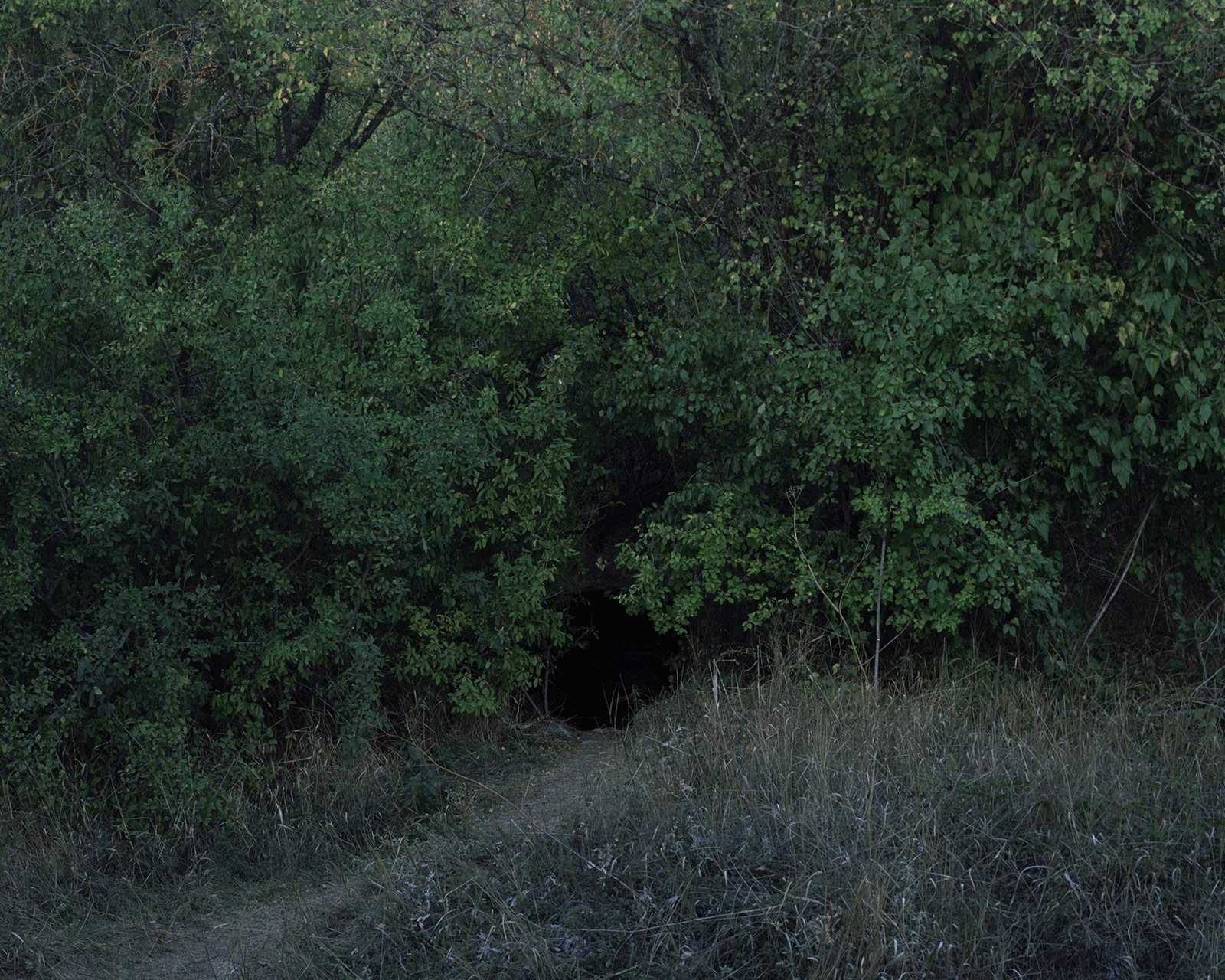 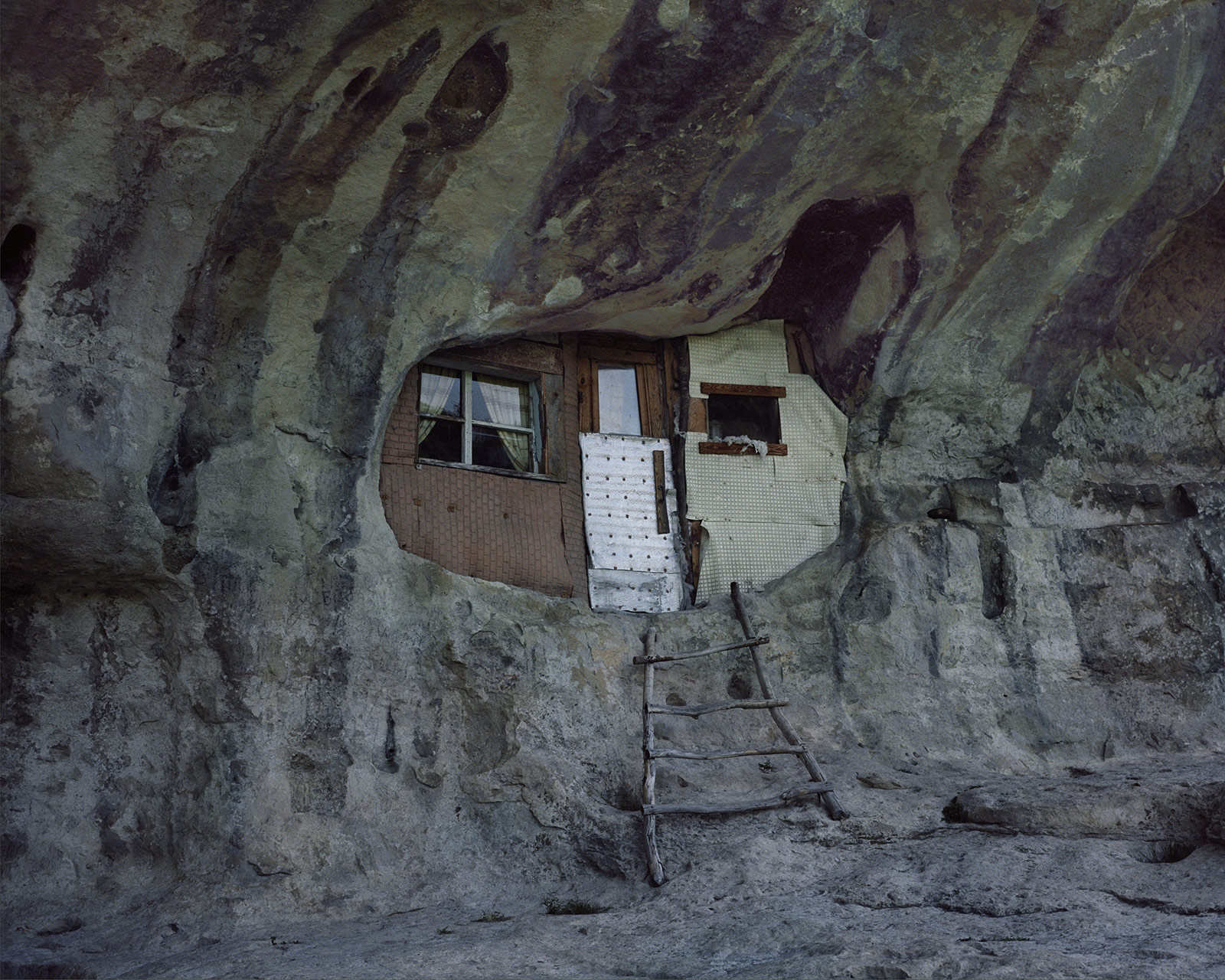 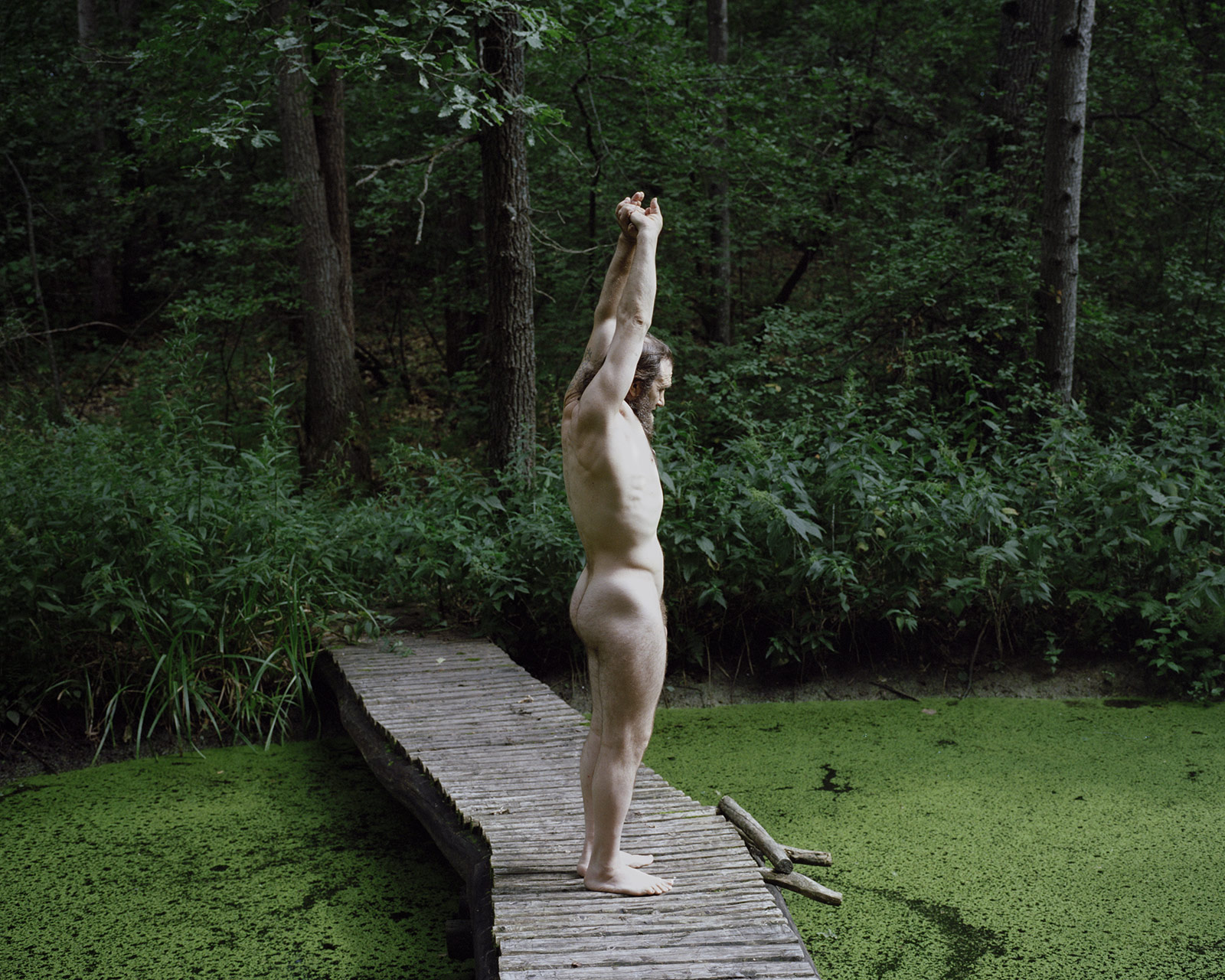 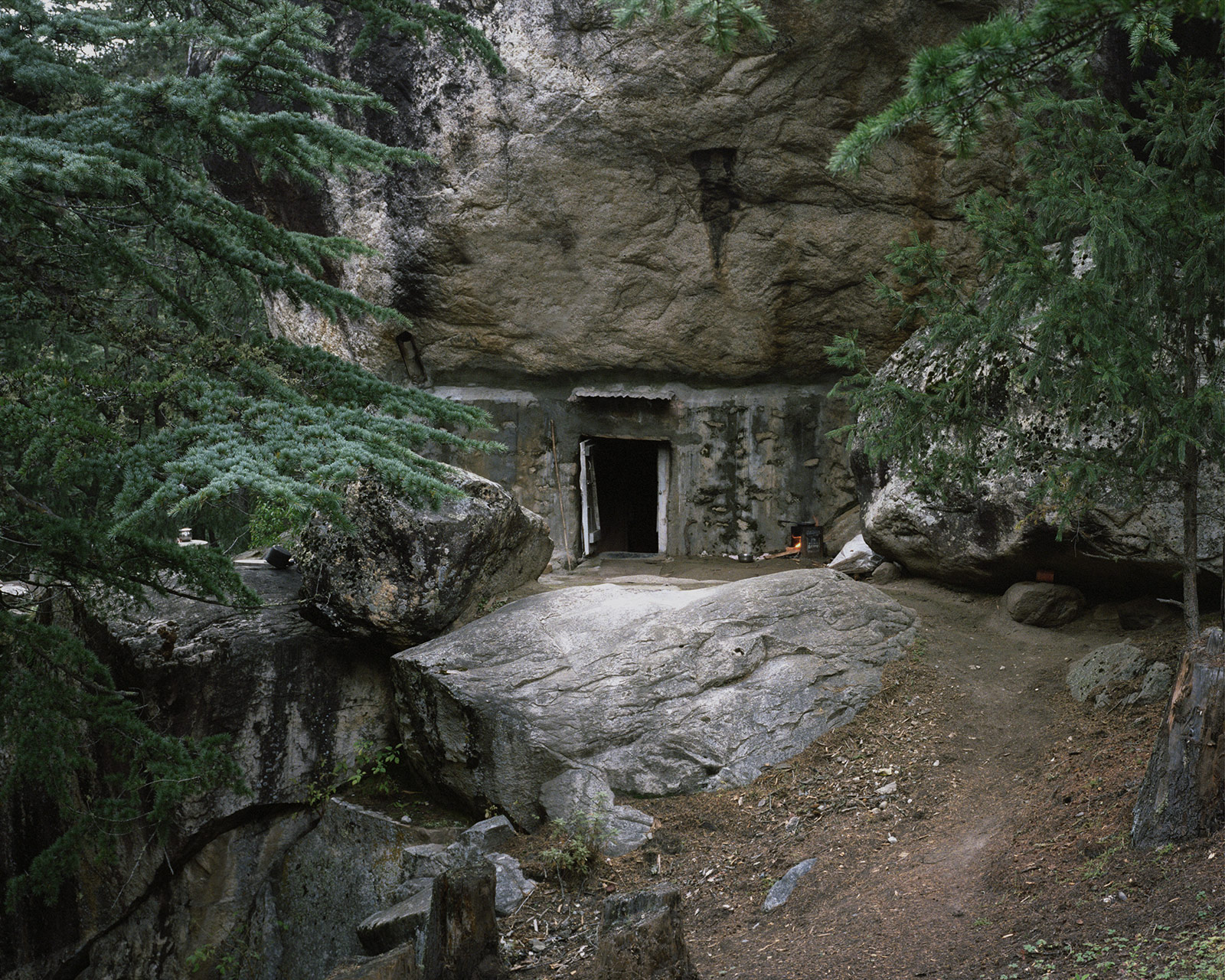 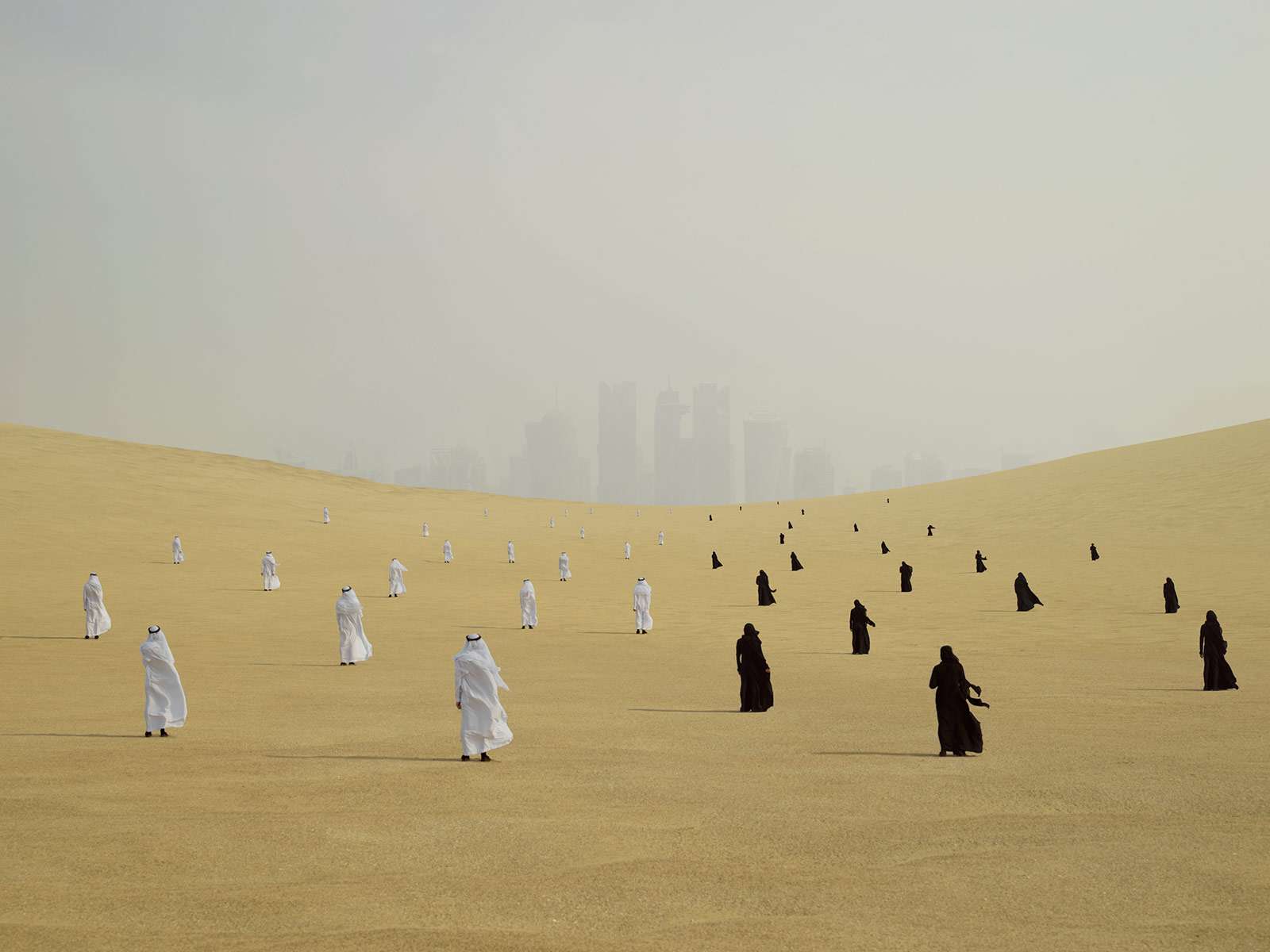