An Intimate Insight Into Human Behavior 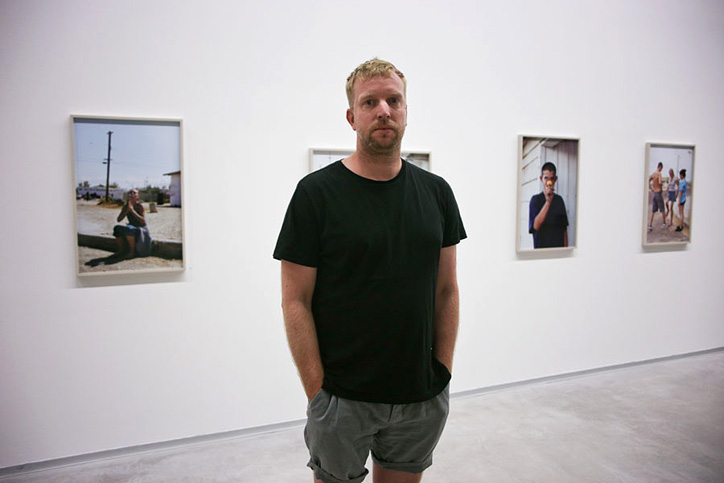 Tobias Zielony’s solo exhibition at the Berlinische Gallerie is a photographic study of two very different groups of people whose everyday lives have been brought together through the artist’s interest in the communication of personal narrative and the interrogation of the documentary genre. Zielony (b. 1973), a Wuppertal-born photographer now based in Berlin, has established himself as one of the most significant contemporary photographers practicing in Germany today. His signature style both utilizes and demystifies the visual language of documentary photography, the discipline he was formally trained in 12 years ago at the University of Wales, Newport. Currently on view at the Berlinische Gallerie is his most recent photographic series, "Jenny Jenny" (2011 – 2013), which has been coupled with his 18 part project from 2008, "Trona". Although disparate in subject choice, both projects affirm Zielony’s remarkable eye for photographic composition, his accomplished usage of light and colour, and an intimacy with his subjects that blurs the line between fantasy and reality.

Jenny Jenny is the cumulative result of a two-year project in which Zielony met and spoke with sex workers in Berlin to create a set of abstract portraits of these women in their workplaces. The photographs on display are sumptuously lit and vibrant in colour, but also make a conceptual point of resisting a sensationalist or fetishist interpretation of his subjects. Trona takes its name from the abandoned mining town on the outskirts of California which has become notorious for the use and abuse of Crystal Meth. Zielony visited Trona specifically to shoot the youth of the town, who live without opportunity or industry, but continue to harbor teenage fantasies of future fame and fortune.

Both series consider the construction of self within the subject’s most familiar and immediate locations. Zielony’s open-ended approach to his shoots extract a self-confidence from his subjects that confirms their status as masters of their own domain, irrespective of how uncanny, undesirable or indecipherable this domain may appear to the viewer. Simultaneously, Zielony’s skill as a photographer allows him to play with these representations, manipulating how his subjects are presented (or hidden) from the viewer to consider broader political implications. We met the artist to talk about what space Trona and Jenny Jenny occupied within Zielony’s broader artistic concerns, and within contemporary photography in general.

What is your relationship to your subjects in the "Jenny Jenny" series? How do you get your subjects to become involved in your compositions?

It actually started a bit by accident, I met one of the girls [in the series] when she and her boyfriend were on the subway, and I asked if I could photograph them. I didn’t know she was on her way to work on the street, so it was not like I was sitting at home thinking – “Oh I want to do a work of art on sex workers”. It’s really about my relationship with these women, the time I spent with them, and the stories they told me. From taking all these portraits I developed a series. I didn’t have a firm idea at the beginning about where I wanted to go, like a statement about prostitution or something like that. So it’s very personal and subjective and I hope it also leaves the viewer being unsure of what it is all about, who these people are, what they are doing and what the connection is between these pictures. I gave them the photos so they could see what I was doing and what I was interested in. In this sense it was a process of developing pictures together.

How much direction did you provide to your subjects in these compositions and how much was left to them? From what you just said, it seems to be quite a balanced exchange.

I hope it was a balanced exchange because that was what I was trying to do. The women had all these images in mind about who they are or who they would like to be. I also carried around a lot of images from the history of painting, photography, films, and pop culture together with my photographic mind. All these things came together in the process of making the photographs. The interesting thing about their job is that they are constantly producing a role or an image, pretending to be somebody for the customers but also for themselves. In the end, it comes down to the question of identity and who you are. What I really liked about the women was that they were not vain. They were pretty aware of their construction of a role or character. Whilst a lot of the young people, maybe in the Trona series, might believe a lot more in what they pretend to be – a gangster or a bad boy or whatever.

The quality of authenticity is thrown around a lot when art writers describe your photography style. How is this quality used and/or interrogated in "Jenny Jenny" and "Trona"?

Authenticity is a really problematic term but it is very important for my work. The first thing I would like to say is that the old idea of objectivity doesn’t work anymore, the question is what can you do after that? How can you still deal with the world outside doing some kind of documentary work in the broader sense, even though one could say these series’ are more art than documentary? I think authenticity is not something you choose, it can be produced by the fact that people believe in the pictures, or that the subjects are real people and not actors, or by the fact that they can relate to my empathy, or relate to the people in the pictures. This could create authenticity rather than just relying on the objective quality of documentary photography, which I don’t believe exists. Of course I see myself in this tradition but I wouldn’t call myself a documentary photographer. From my education I learned how to construct a story with the knowledge that you’re constructing a narrative. Maybe I’m working with these sort of tools here, but they come together in a way that makes clear this series is about an specific place in the Californian desert, Trona. But in Jenny Jenny you don’t really know where you are so people think there is this sort of narrative but you never know what is really going on. So these works are also about photography and representation, asking how you can still work with photography in a space like this.

Would you say that you’ve turned your back on documentary photography in a way?

I think that is a question of context. I would say these photographs would work in an editorial context quite well, both Trona and Jenny Jenny, but in a very different way than in the in the exhibition space. It would also be difficult to decide how much information I would be willing to give so I’m really cautious about the context I choose. I go into an art context to have more autonomy and freedom, to leave the work as ambiguous as it is. There may be magazines that are working in a similar way but I don’t see my work there. Many people wanted to use Trona, but for me it is not the kind of context it was produced for.

Are there certain things you avoided photographing in "Jenny Jenny" and "Trona"?

You obviously don’t see the involvement with Crystal Meth in this place Trona, you don’t see them using Crystal Meth or producing it or the Meth lab or any of these kind of things. You get a slight idea about it when you read the text from the slideshow, but you still don’t know if this guy [in the photograph] is using Crystal Meth. And obviously with Jenny Jenny there is no sex, there is no drugs, there are many of things I don’t show – it is actually very constructed and fictional even.

Knowing what started off "Trona", I wonder, is this a process you often follow? Do you just accidentally encounter these places and decide it is an interesting subject that you want to engage with? Or do you prefer planning in advance?

A similar thing happened with Winnipeg in Canada, but with Trona, I had heard about it and I guess I figured there was something there for me. I was doing some research online, and I found this blog where people from Trona were talking shit about their city. I drove there from LA – It was pretty scary but I also learnt a lot about America that I didn’t learn in New York or LA. I think it’s a combination of chance and my general curiosity for places and situations. With Trona, I like the idea that you can very much say it is a series about a specific place, but you could also relate it to a bigger political context in America. It’s not just trying to single out this one crazy and pictorial place, for me there needs to be links to broader contexts. 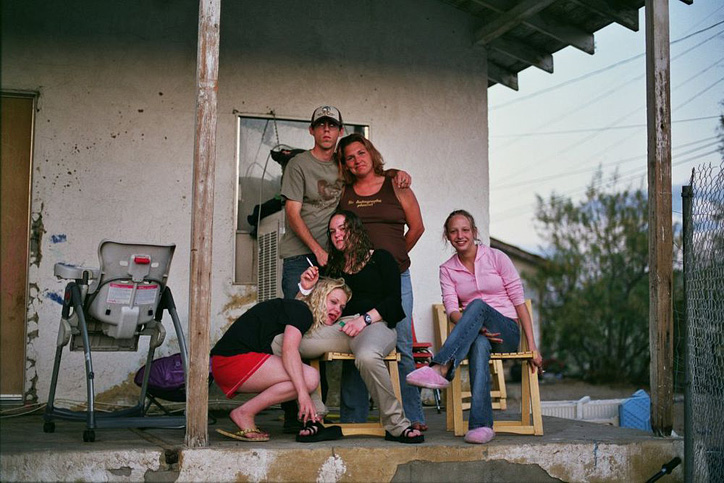 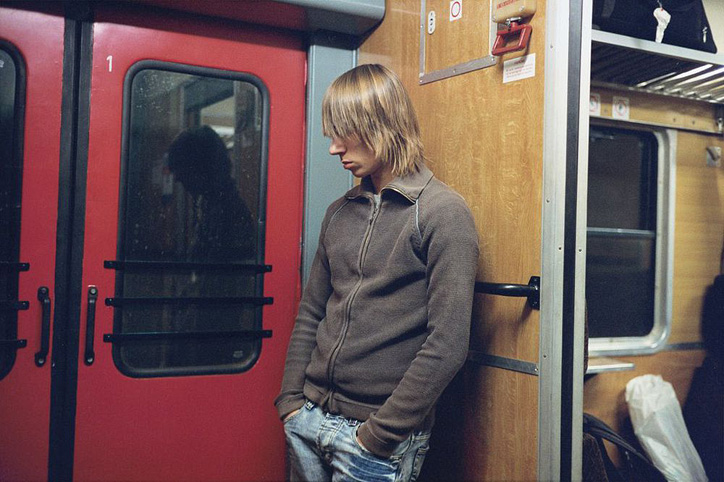 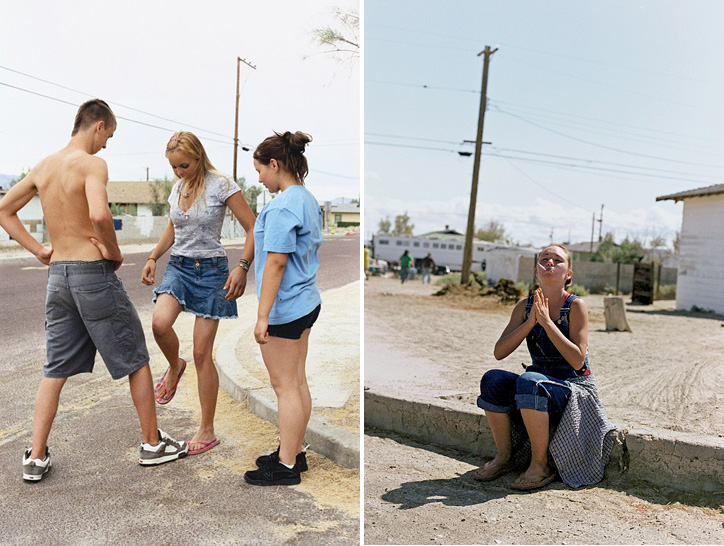 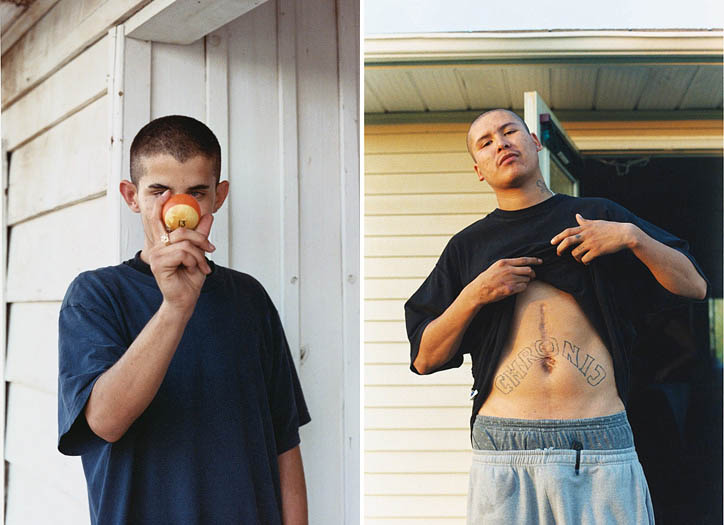 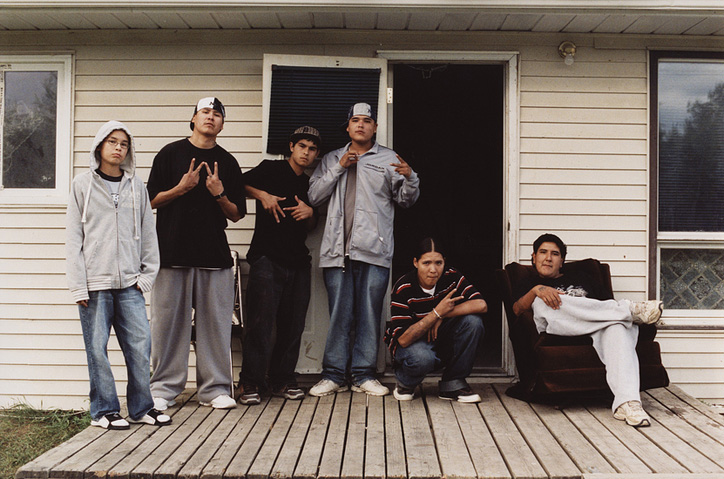 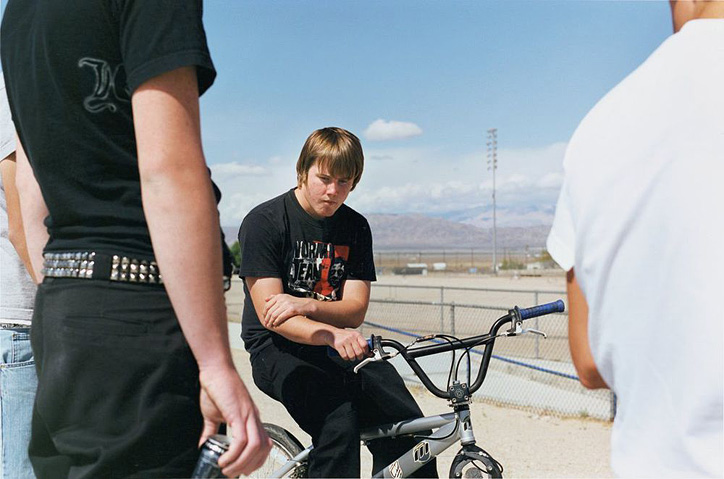 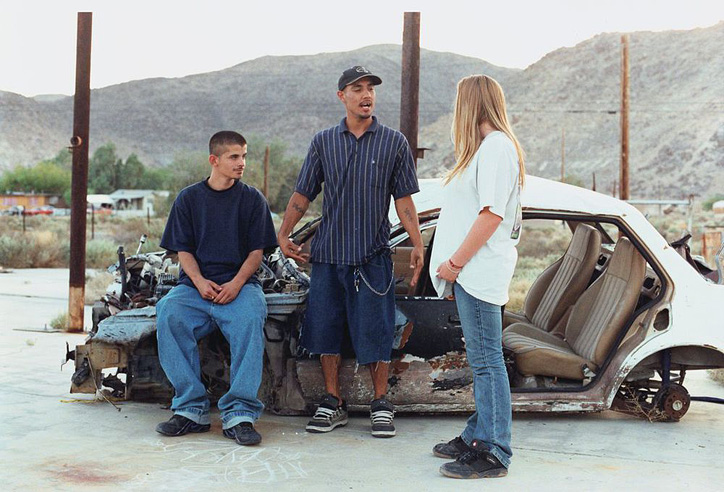 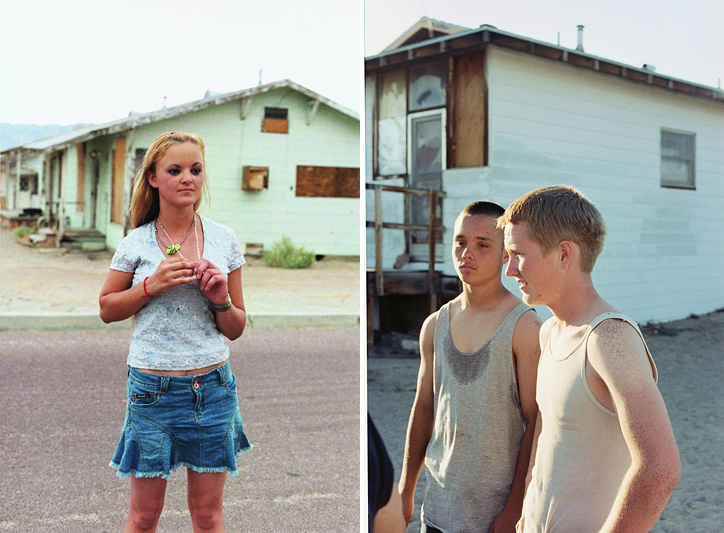 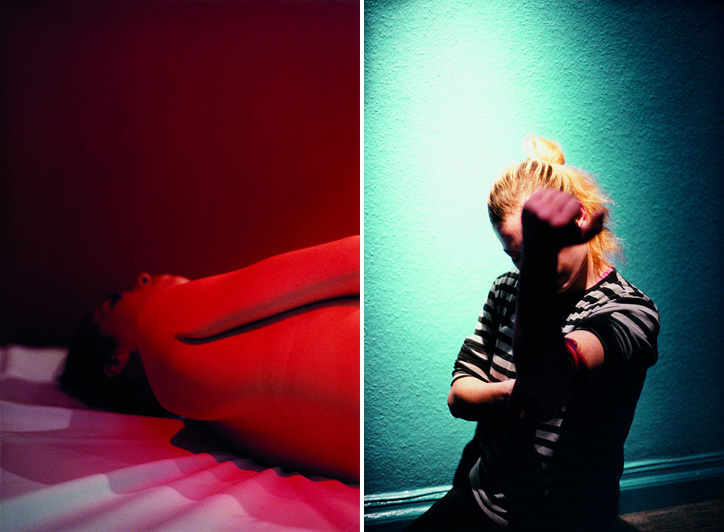 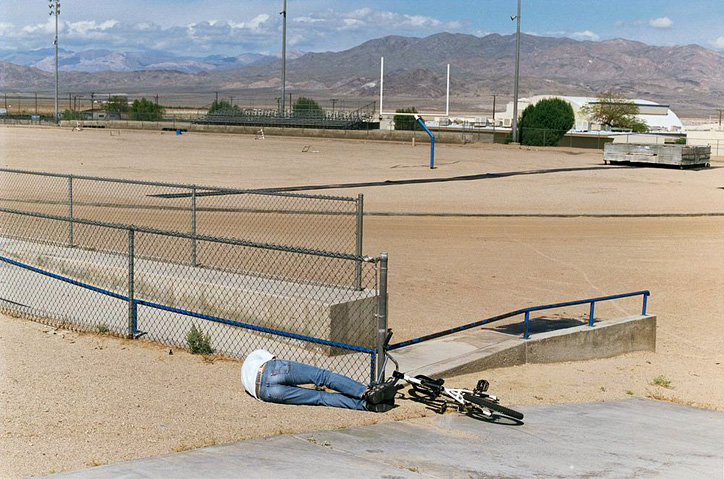 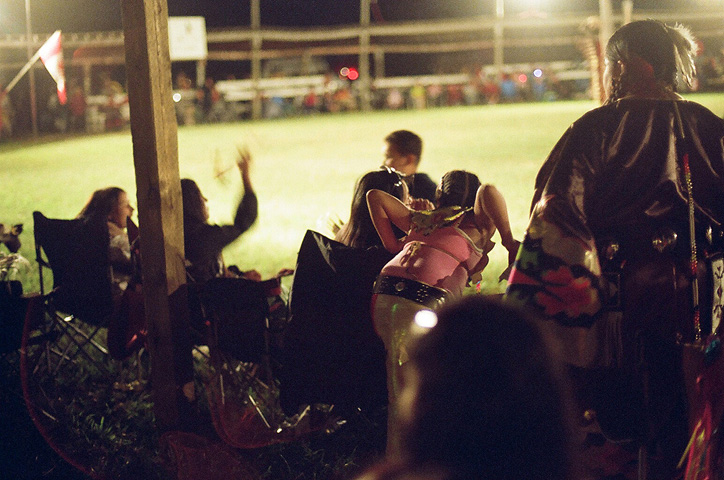 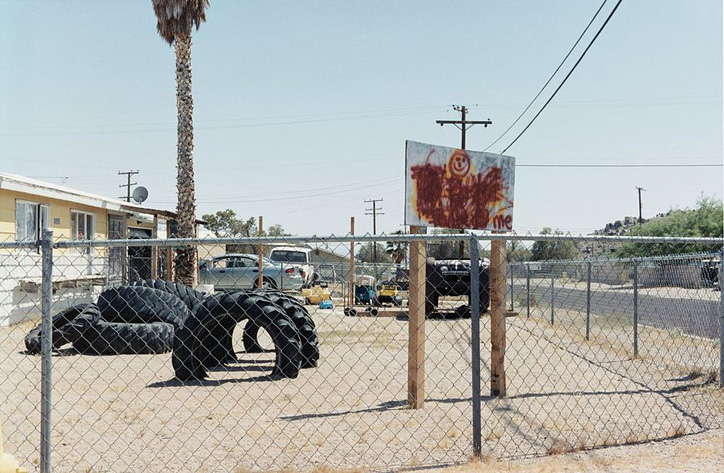 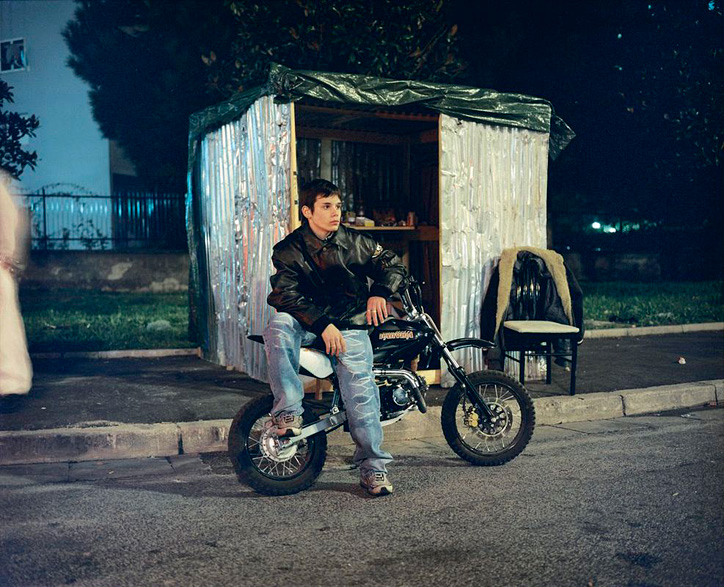