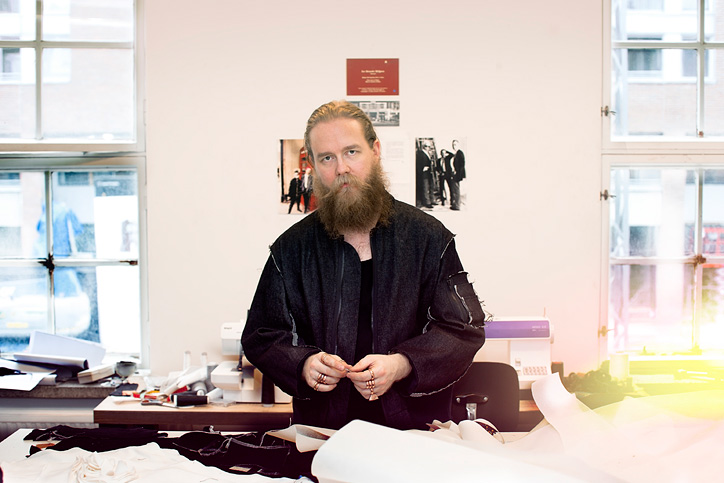 Former student of Tuomas Laitinen, Sasu Kauppi did his BA in Fashion in Helsinki to later go on with his MA at Central Saint Martins in London. Instead of taking the decision of working for some big name in fashion, Kauppi started-off his own brand, believing in his own vision, a true pioneer – one of the first warriors in the battle for credibility for Finnish fashion.

His style wrestles against the easy-to-wear business model in order to put creative looks at the forefront of his work. He soon acquired his prestige wining the Dunhill Award in England (when Kim Jones was the head designer and judging the award) during his time at Saint Martins. His sophisticated mix of materials, plastic and denim in streetwear outfits which include bombers and caps, have given him rapid-fire popularity among the youth of several Asian capitals. We met at his studio-workshop in an industrial estate by the water in the middle of Helsinki.

Please tell me about your experience in London

I graduated there 3 years ago. I was there for 2 years; I did my MA there, which is a year and a half basically. After that I came back to Helsinki. There were bad and good times at Saint Martins, but still, to me it was relatively easy because I knew Louise [Wilson] and she kind of really liked my work, so I got shouted a lot but maybe not as much as others. I wanted to go there because of the show and of course, the peers and the people that might come to me having studied there. There's still a big difference if you compare it with Aalto, even though today it might be getting lots of attention from international press and international buyers. It is kind of new basically.

Do you think schools like Saint Martins are still worth attending despite the saturation they might be suffering today?

I think it is still worth going there, definitely. Still seems a respected school. You find rather successful stories like Marquez Almeida or Shaun Samson they were at my course, as well. They’re from my year. There are some other names. The BA in Aalto is pretty good now, one of the best fashion schools in the world. Tuomas (Laitinen) has worked a lot in improving the program.

Actually, we had the chance to talk to him about all this. You can say there is a before and after.

Yeah, right (laughs). Many of the students are interning or even working for companies currently. 5 years ago I graduated from my BA at Aalto, which actually wasn’t the prior name, it was only then changing. I think our BA show was the first proper good fashion show and it's been getting better every year. The whole school used to have a more industrial design approach. I don’t know what happened actually...

Yeah, the quality of the collections is much better now. People now dare for the international audience, not only Finnish.

Do you think Finnish designers offer talent in a different way than the Swedes or Danes?

I know there are brands here that wanted to do more kind of traditional design, easier to buy and bigger audience, Ivana Helsinki or R/H for instance. Things like these seem to go pretty well. But people who studied here don’t want to stay in Finland, maybe not even have their own brands but to work for someone instead.

So, is this split why you decide to start your own brand?

It was a little bit difficult for me. When I graduated in London I was kind of exhausted with the place and I wanted to come back to Helsinki. I love it here. For some reason I wanted to do my own thing first and then maybe work for someone later. It was really crazy (laughs) I had no any experience with things like dealing with buyers or nothing of the sort. There is a financial struggle but it's slowly getting a better direction. Sometimes I feel I should rather work for someone else, but for the moment it's working so let’s see what happens in the next couple of years.

When did you start your first collection?

September 2011. It is a bit difficult to start-off your own business. Again, it really depends if you want to do this mass produced easy-to-wear for everyone (that would probably be a lot easier), or if you want to offer a creative look. For me, as I said before, things are going towards a better direction but we are still a design country and we are not yet seen as a fashion country. That's something which will take some time before people start to believe in it as such.

Tell me about the pre-Helsinki platform.

It started about two years ago as a kind of new platform for new designers. Last year, they took us to Paris and this year they are taking designers to other cities like New York. It is the best thing that's happened to new Finnish designers. They are representing selective brands and kind of searching for founding for the brand to develop bigger. They managed to get money from the government last year, which is something that doesn't usually happen, so it's been a big change.

I am doing small collections; I prefer doing it that way as you get to concentrate in the pieces. I am doing quite unisex things. All the products we have sizing from quite small to quite large, so it is fully unisex. For SS15, which I'm starting soon, there will be different garments for men and for women. I haven’t had skirts or dresses for women so I plan to do that for the new collection. I will go more oriented to wards women than men.

It seems like you enjoy playing with a colorful palette and also mixing materials.

Color to me is one of the most important things, it can be black but that is kind of a color too. It varies a lot from one collection to another. I did one collection of blue and white, the AW13 was greys and the AW14 was more about oranges and reds. Some of the pieces are oversized. My starting point in menswear is usually bomber jackets and trench coats, jeans and sweat in leisure and casual garments. I use a lot of denim and cotton jersey; those are my main materials season to season. Now I’m using nylon and plastic for the bombers. I want to use kind of inexpensive materials.

You don’t work with leather for instance?

I’ve done something with leather and also wool and silk. I did a sweatshirt made entirely out of reindeer leather; this was a commissioned work for the Finnish National Broadcasting Company. It was super expensive piece compared to my usual outfits (laughs). They used it for some TV show. When I started, I tend to use more luxury materials but for me the most interesting material is denim, which I’ve been using since my BA collections. I try to find something new out of a material that has already been used a lot.

You are using movie themes in your collections, is that correct?

My previous collection SS14 is called Back To The Future which is one of the inspirations, and the new AW15 one is called Sequel although it is totally different; it is based on the movie Alien. These are classics from my childhood. Some parts are more obvious, others are less, for example in Back To The Future the jacket is basically the same jacket Marty wears in the movie but in a different material, or Doc’s radiation outfit.

(Laughs) That would be amazing. I was kind of hoping they would put it out in 2015 like in the movie, but they did it a couple of years earlier, it probably had to do with Michel J. Fox's condition disease. I think they sold them for about $10,000.

He probably needed the money for his therapy. Well, tell me about the Alien thing.

The bottoms, pants and jeans come from the earlier Alien movies and the jackets' designs are from the third one. It is kind of like a mixture; it sometimes comes really obvious, sometimes not that obvious. But both collections have a different mood, this new one is more darker in a way, before it was more 90’s leisure wear with sweatshirts. Before these two collections I always had a theme going on, from hippie thing to metal music thing. For t-shirts, I always had faces made out of vegetables and fruit, the tops and hoodies were asymmetrical with different layers.

Which are your key garments for this new collection?

I’ve been doing bomber jackets, again with a mixture of different materials, quite simple in a way but with special details. Some hooded bombers and longer bombers. With the classic pieces we wanted to create something new out of them. Also, we have sweatpants and jeans where we include details in rubber. I have a few pieces exhibiting in Paris at the moment; a look with black denim trench coat with white prints. I created insects, inspired by the biomechanical thing of Alien. Which also continues with the idea of faces with organic food I did in the previous one.
To me the most important thing is the hat in the new collection. I’ve done caps for many seasons but I wanted to include plastic in the traditional cap shape. I think it's our most popular item, in fact I’ve seen someone has copied us in Hong Kong... The same thing, but what can you do!?

Tell me about the Dunhill award – didn’t you win this a few years ago?

Actually, I read someone said I won the award during the show. I won the award but whilst studying in Central Saint Martins. That year we didn’t have an award for menswear, so basically it was two of us who won it the previous year, in 2010 before I graduated. Kim Jones was judging the award at the time.

Which markets are working better for you then?

I think my clothes are most popular currently among young people in Asia. Most of my stock is in Hong Kong, Taiwan, Malaysia, and Japan. I am trying to move towards a more commercial direction in a way. Currently,I have no stockists in Helsinki, so not too much around here. Well, my mom likes to wear my clothes (laughs) so then you can say it is not only a fifteen-year-old sort of thing. Also, my new stockists are in U.S and London and I’m hoping Australia and New Zealand to be next because there is a lot of fuzz and people like my work there.

But I guess you do the sales in Paris?

This season we are not doing it but we plan to be there again next season. We were there last season. A lot of my buyers are there of course, but many Asian stores have contacted me by email because I have full catalogues online, so it's great these stores can buy without even seen the garment. I mean of course they see the photo, but Europe doesn’t work that way. Some small stores don’t even come to Fashion Week so they have to do it that way. I still haven’t been anywhere else than Paris. 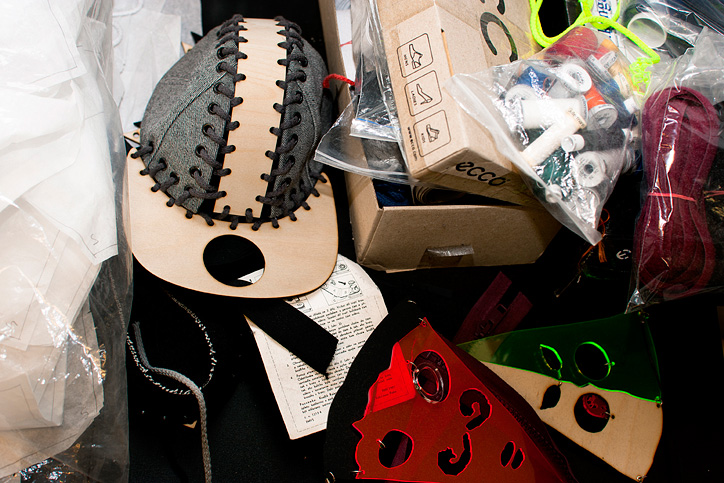 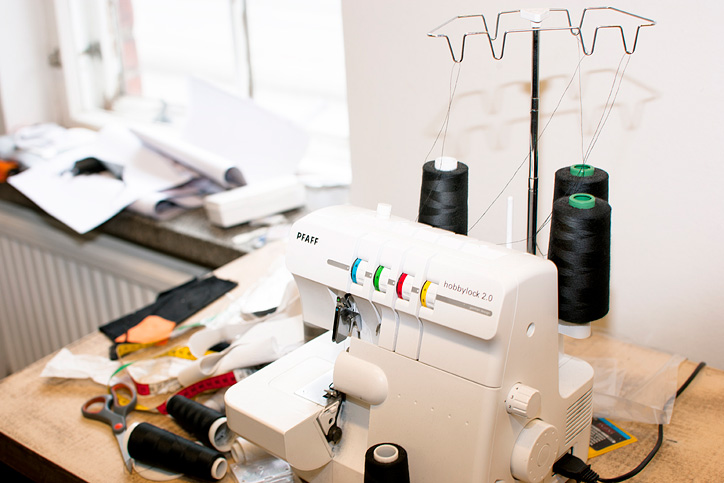 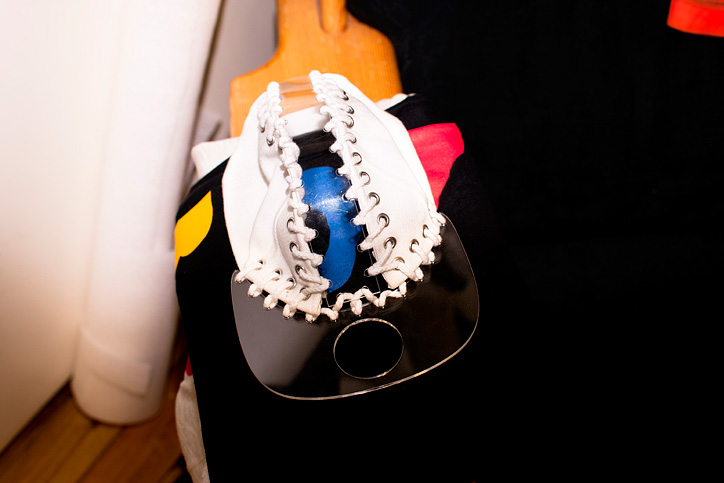 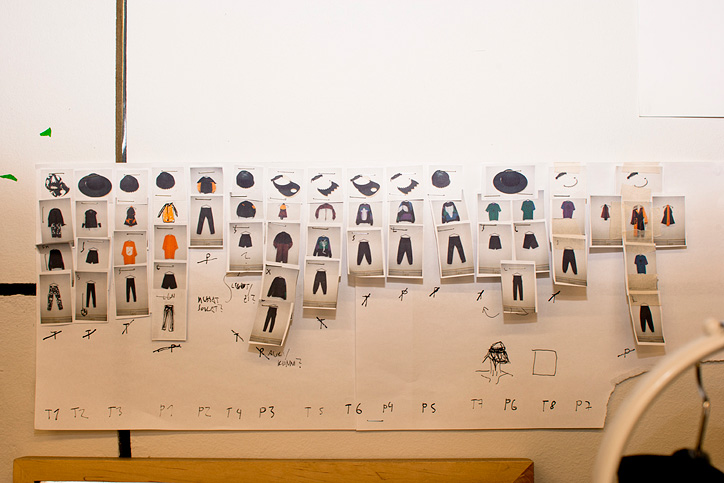 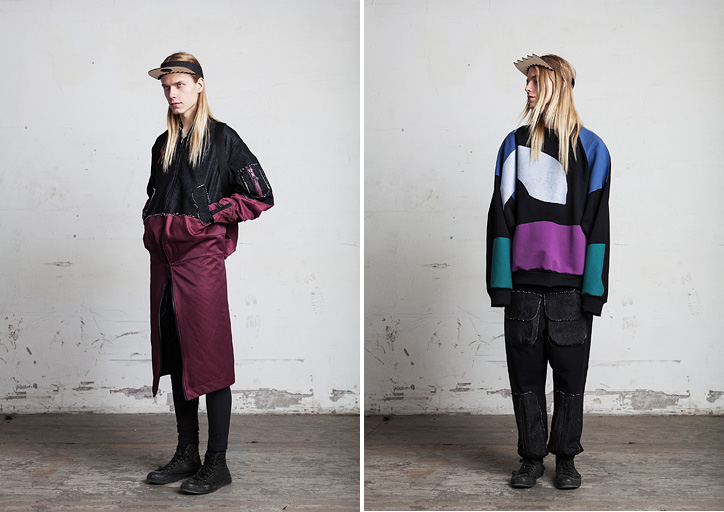 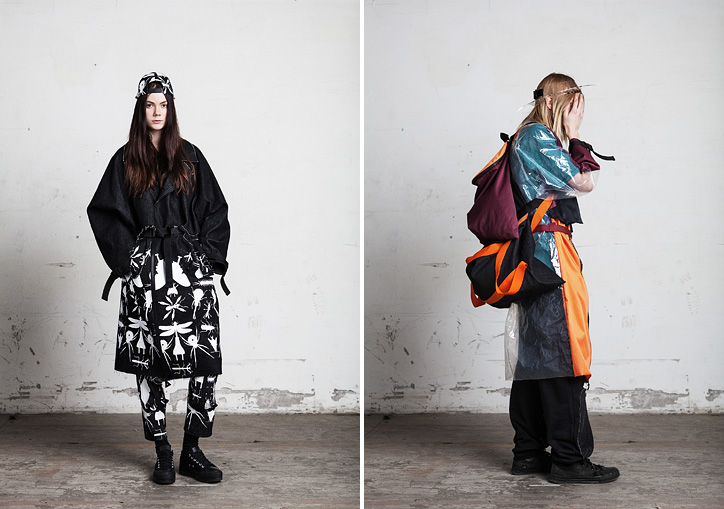 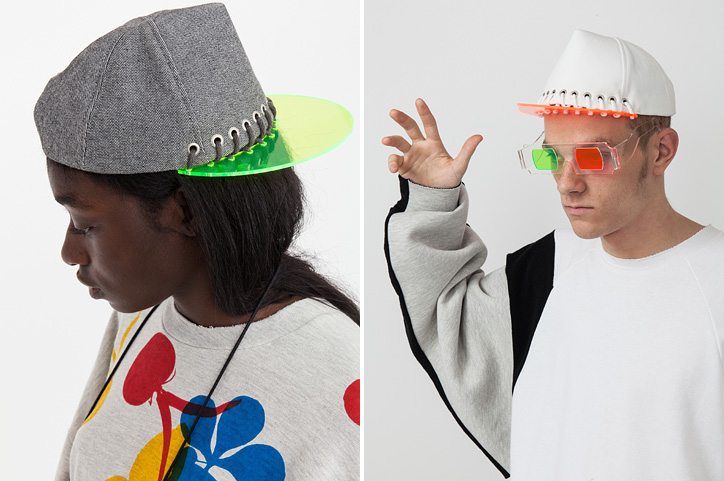 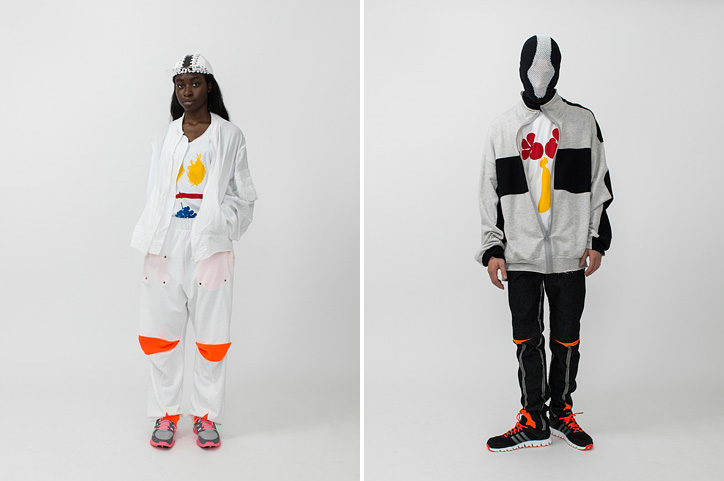 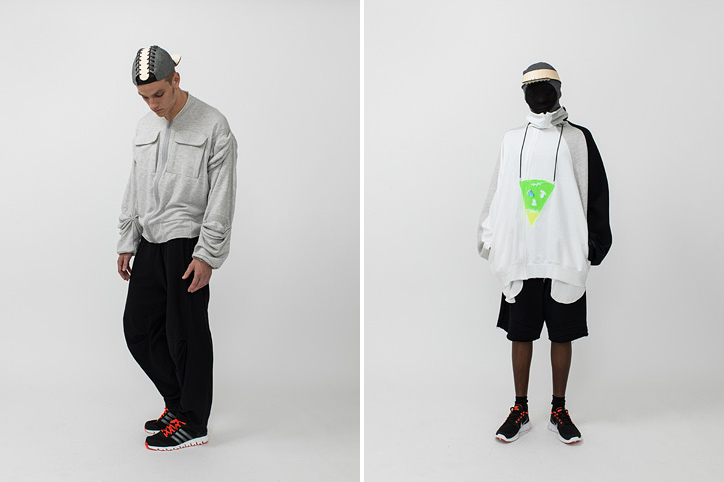