Our Age To Ride like Cosmic Cowboys 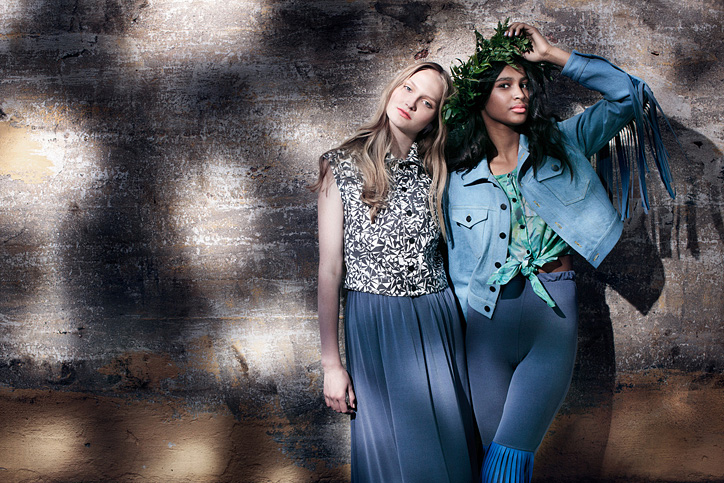 Kiss and Good Bye is the A/W2012 collection from Helsinki-based designers Hanna Riiheläinen and Emilia Hernesniemi. They are R/H, a young fashion brand focused in ravishing and wanna-be-naïve womenswear. Though the name is taken from the initials of their surnames, it also sounds wordplay “our age.” This new collection – introduced at Gallery in The Royal Dance House during Copenhagen Fashion Week – brought the universe of the cosmic country, folk and gypsy roadshows; mixing reds and raspberries with silver and gold patches.

They both met at the University of Art & Design in Helsinki. Before their graduation of Masters of Arts, they decided to develop their own world of shapes, cuts, colors and prints. Some characteristic aspects that embrace their collections are the naïve-ish touch, prints and some sort of voodoo-like inspirations. They produce in Estonia and the accessories are handmade in Helsinki. You will find the brand in Europe in stores such us Henrik Vibskov, My O My but also Playground and NMRKT in New York. The new collection uses warm and see-through materials joined with sleek little black dresses. This year had a strong start off for the designer duo, which right after Copenhagen passed by Stockholm to pick up the Rookies Award, an achievement for young designers given by the Swedish Fashion Federation.

Brief me about Kiss and say Goodbye. I think is related to some sort of futuristic country.

The A/W 2012 collection is a work of two designers being inspired by things around us. When you put it all together it is a mix of gypsy life, mountains, dragons, cowboys as always and the planets of cosmos which appears as dark, warm fabrics such as velour and wool, colors that are picked from the space: bright red as a sun storm. Dark blue shades, black, a bit of gold and silver as some more futuristic aspects.

What’s new within the framework of this collection, something that perhaps you didn’t dare before?

As it was our 4th season to be introduced, it was new to us to put something in it as a classic. For example some styles that have become popular already in the 2nd and 3rd season have maintained their spot in the collection. For example the Mickey bodysuit, the Square Dress and the Mountain theme.

It was the first time you introduced a new collection at Gallery?

No, it was our 2nd time at Gallery, 4th time at the Copenhagen FW.

How was the experience for you?

We enjoy being in Copenhagen every time. We really, really like the people and the dynamic atmosphere of the city.

Swedish designer Carin Wester, also used a poem to introduce her A/W12 collection. Do you think poetry is steadily on the rise?

We have always used texts, poetry and especially poetry through music, lyrics. It might also be easier to depict something visual with a text that comes from an outsider, a professional of words.

And what about music, did you get fun from people such Gram Parsons and McGarrigle sisters?

For R/H it has been very natural to get inspired by music – especially by some old rock and folk songs. Our SS/12 was called “I Will Stand By Your Side Now and Forever” like the song from an old Finnish rock’n'roll band the Hurriganes. This time we got deeply inspired by the two folk sisters Kate and Anna McGarrigle from Québec. Their songs and their voices are so authentic and their look is nothing less. They seem so real compared to so many new posing artists with their almost beautiful portraits. 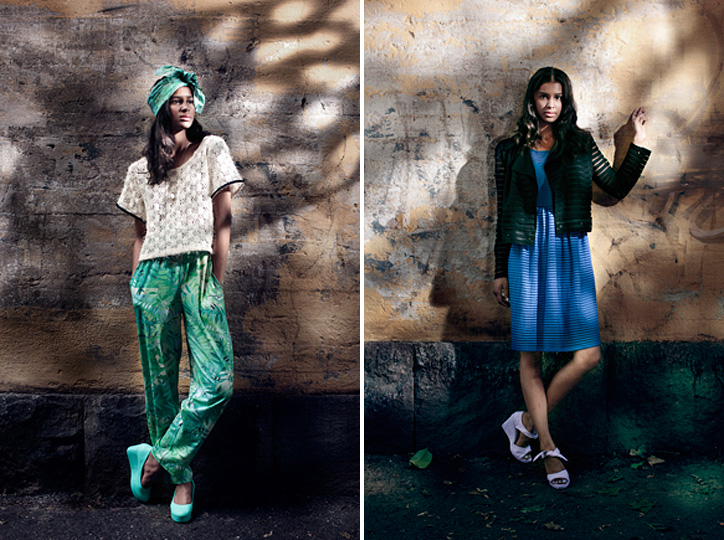 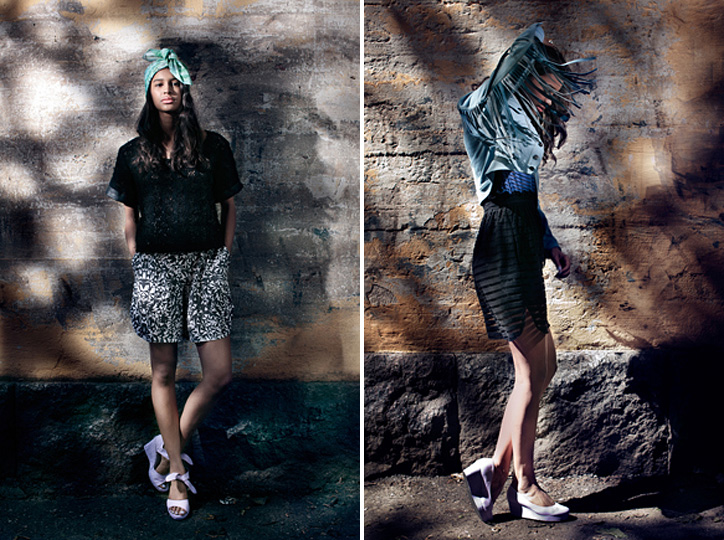 What do you think of Copenhagen as a hub for Scandinavian fashion?

We definitely agree with that. Stockholm is very strong in its own Swedish way and we are excited about the Icelandic fashion festival. Helsinki is very strong as a design city but fashion is still more of an exception.

Tell me something interesting within fashion design happening in Finland now, designers or anything you could highlight or you like.

Helsinki has the honor to be the Design World Capital, this year many, many things are happening. In May there will be an Alumni Show organized by the University of Art & Design Helsinki. There you will see some collections designed by old students of the school, like R/H. Also September is very strong because of the annual Design Week. You should definitely have a look at the designers Sasu Kauppi who studied in London and now started his own line. Acolyth is a fresh new webshop that is based in Helsinki. When you come over you should definitely visit the street of Uudenmaankatu and its surroundings. That is where it is happening!

I think you have your own store in Helsinki…

Yes!!! There seems to be a new wave passing through the area of Punavuori in the city centre of Helsinki. R/H opened a store called R/H MINI SHOP in Uudenmaankatu 14. In the same street you find some really good restaurants, art galleries, bars and boutiques. Marimekko just opened their Marikiosk in the same street which is quite cute! 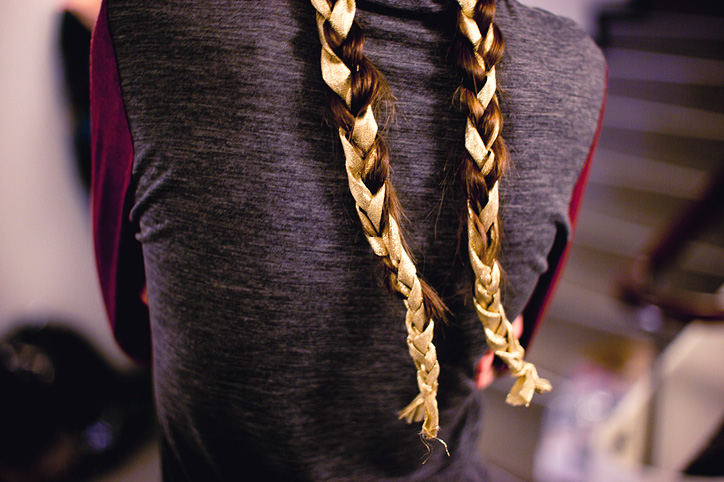 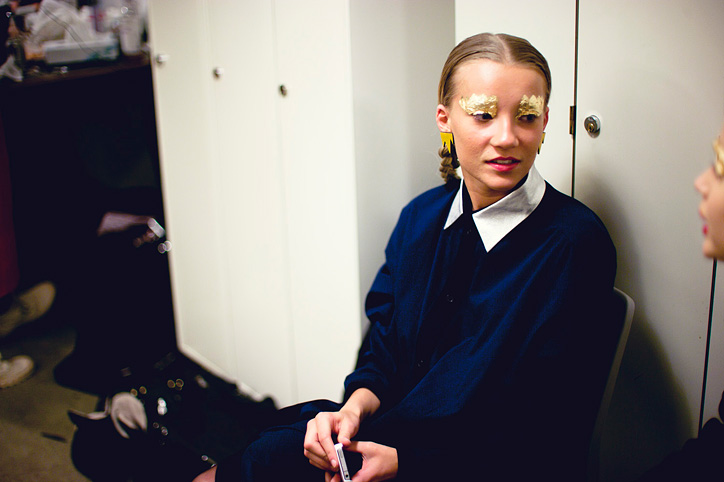 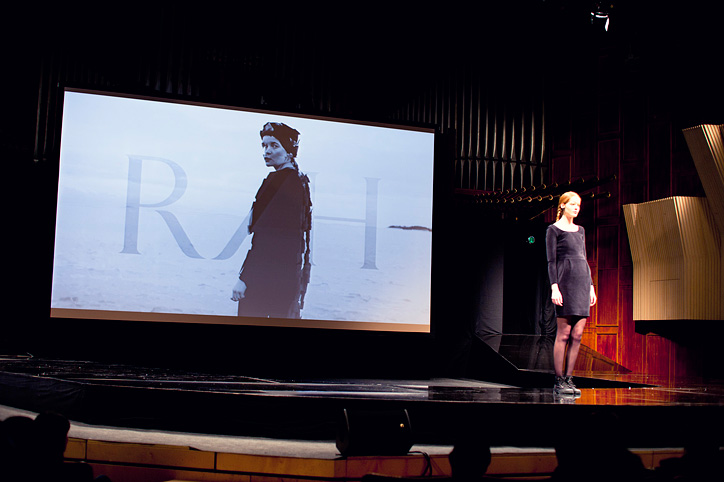 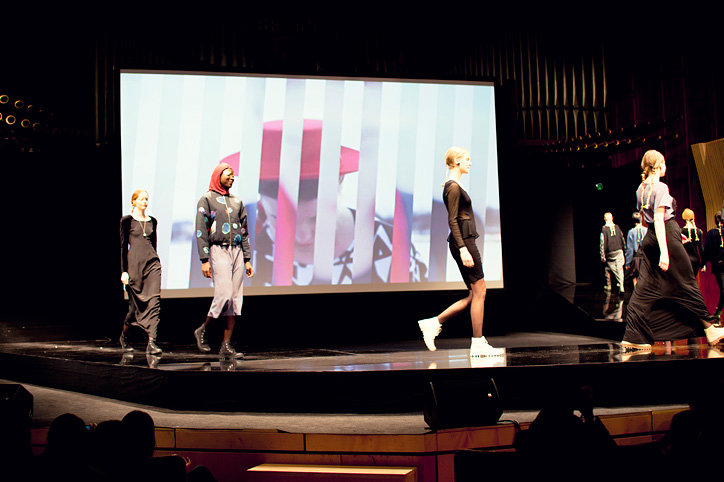