Life Through A Lens 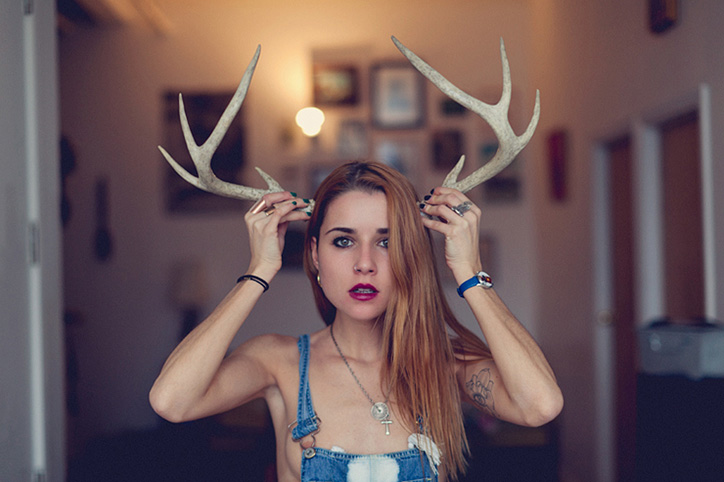 Monica Lek describes herself as a transparent photographer and director who sees life through her camera lens. For her, reality is a crazy prism in which she lives in, feeling no need to recreate her life for her artwork. Originally from Tarragona, Monica lives and works in New York city. Her work is a true mirror of her own identity, and she uses it as a visual diary to represent emotions and feelings we all may feel at a specific moment in time.

Why did you choose your artistic name Lek?

I wanted to change my original name of Monica Marin to something which didn't sound as common. My partner at that time was from Tel Aviv and made me a list of different names to chose from, the Hebrew names sounded so exotic and exciting, things like Lev which means heart in Hebrew. Lek was also on the list, it doesn’t really mean anything but I like the sound of it.

What made you move to New York?

I finished my University degree in Barcelona where I studied cinema production. After that I just didn’t feel like producing, I felt I wanted to move towards more artistic things, so I studied art direction and film in IED (Instituto Europeo di Design ). Since I was a child I have always been mixing photography with other artistic projects of mine. New York has always fascinated me; I went there with my family in 2006 and I remember wandering the streets alone, dreaming and thinking I had to live there. I could smell the excitement while walking through Brooklyn, those young souls strolling around searching for answers to questions they weren’t even sure of, (just like me). I was seduced by the unknown and somehow I felt my new life had to start in NY. I was 21 when I made up my mind I moved to the city.

How did your “Neighbours” series start?

It was hard at the beginning because I didn’t really know anybody there. New York is not the most inviting of cities, in a way it makes you stronger as you have to fight for your own ground. I struggled with finding a job and adapting to the American lifestyle, however, knowing there were other people in my same situation was good as I could share my emotions with them. I was going to start a Masters but it was super complicated and in the process of doing so, I found a job as a personal assistant to an elderly woman who happened to be a photographer. It was really weird, I would go to her house and take care of all sorts of things: from feeding her 15 cats to starting a magazine or organizing her messy collection of photographs, but she was fun! She would dress up amazingly even if she spent the whole day inside her house, I loved that. This job allowed me time to wander the streets, just me and my camera and that’s where the Neighbours series started. It grew from my hunger for exploring the people and characters that made up the city.

When you photographed people, would you talk to them previously, or did you just take their picture without them without them knowing?

With most of them I started having a conversation as they were strolling the streets too. Whenever I could I would try and talk to them before, otherwise I would just take their picture. Being a busy bee, I wanted to explore and when my job allowed it, I would go out and see what I could find. I was interested in knowing more about those "other worlds" which surrounded me (other ethnic groups and races) and finding myself in different scenarios. I had my camera so I said lets do it. I went out of the house in my pijamas, so as not to draw anybody's attention, as I wanted to get into areas I was aware could be pretty dangerous (you can find some very big contrasts between neighbourhoods only five minutes away). I wandered the streets with no direction, going to the end of each metro line in search of amazing characters. I met a woman who sang with Billy Holiday,or a man who wanted to marry me! Some of the best things happened to me, but also some of the worst. Some of them wouldn't allow their picture to be taken. Once, there was this woman with no legs, she was on the floor. I gave my cereal bar to her, and stepped back and observed the situation, and took the picture without asking (a really sad picture). Suddenly this big man started screaming at me because of what I had done, so I then took a picture of him while he was screaming. After that, a group of girls started following me, at which point I realized I had to go back home although I didn't know how.
My law is to carry on until someone or something stops me, otherwise I go on until the end, always aware of my own personal boundaries of course. feel there's something that protects me, something in another world taking care of me.

What process do you undergo when developing pictures?

I do it in a darkroom which to me is my small bathroom, that's where I develop my black and white pictures. However, it's never one fixed place as I am constantly moving, so whatever bathroom works as long as it is dark in order to create light. I scan the colour pictures and I take them to be developed. I always scan everything myself as I never trust photo shops.

You talk about your “Neighbours” series most of the time, what about some of your other photography series such as “Una mujer es una mujer” (A woman is a woman)?

That’s an ongoing project which is going to keep on developing forever as the female shape is incredible to me. I find the female Psyche and the idea of woman as a creator really fascinating. I am constantly studying my own emotions as a woman too. I like photographing the female form, its emotions and its instinctive essence, an example of creative passion and eternal wisdom. A woman is a woman is such a huge project it doesn’t really have a name. I believe the female body leaves a footprint so we are able to follow her footsteps in a way...

What about pictures taken here in Barcelona?

The series of photographs called Incandescence is from Barcelona. I had a great time while on it, experimenting different things. I was always carrying my camera, photographing that sort of moments. Right now I am not able to take many pictures in Barcelona as I'm constantly traveling. I do realize my most recent photography is more documentary orientated so I feel like photographing situations which are new to me and these tend to be outside Barcelona. I feel that, in a way, I have already photographed my time here.

What do all your photos have in common?

All of my photos are transparent; they share one same objective: transparency. I don’t set up my photos; they are all authentic. It is all about the life I have, what's going on in front of me. My life is the life I want and dream of, so I don’t need to "recreate" anything.
Reality itself is amazing to me; so all my photographs picture real situations. That's probably the reason they have some substance, as everything is real and tangible, even the emotions I try to convey. I like to keep the light pure as it helps me reveal a part of myself.

Which is the most important element in photography to you?

Light. You capture the light, it then goes into a negative to later turn it into positive. You can follow a similar technical process in your life. Light to me is my life, I am obsessed with reflections. My apartment in New York is full of prisms. I am obsessed with the patterns it creates like a transparent glass reflecting the wine and endless other domestic projections. If you have the time to study the reflections, these will reveal so many things you can't even begin to imagine...!

Are your intentions with filming the same as with photography?

With videos I have to have a clear idea of what I want to film. I have just been filming a documentary in Turkey and it's been pretty crazy. In fact, my videos are a sort of creative experiment, but I now have a clearer idea of what I want to do with film. I felt I needed to make videos in order to develop my creativity. With the one in Turkey I had the idea of filming a drag queen and showing the life in Istanbul. I filmed it and edited it with my partner in crime Melih Kanalici. Filming is tiring but it's also very rewarding. I am super excited about this new project at the moment, it's called Loulou. Having to step out of one's comfort zone to get involved in hairy situations and unknown corners, really gets you thinking of your own potential as a person and as an artist.

Tell us about some other video of yours.

We are all performers but most of us feel trapped in our own bodies. We believe we have to act in a specific way as if we were spied on. That's why I enjoy seeing people who perform like Dana, I decided I want to be a dancer in my next life! Dana is the character of one of my videos called Peripheral plyphony, where she gives an amazing dance-performance. I shoot her all the time, and I got to shoot her fifteen-minute performance, you can’t see her only the shapes and forms she creates. I admire her so much!I love performers and what they are about. I was so impressed by her work I decided I wanted to make a video with it.

Have you had commissioned projects?

Yes – some. Right now I get money from some publications, collaborations and magazines that want my pictures. I am planning on presenting the documentary Loulou to different festivals.

What would you say your profession is?

Photographer and director; director and photographer.

Where do you see yourself in five years time?

I can't even see myself in one month let alone five years! Life can twist and turn in such a short space of time! Crazy things can happen we have no idea they are going to happen, but I usually find that these are the best ones.

Do you have a visual muse?

Not at this present time, but there are times she appears in my subconscious.

Describe yourself in one word. 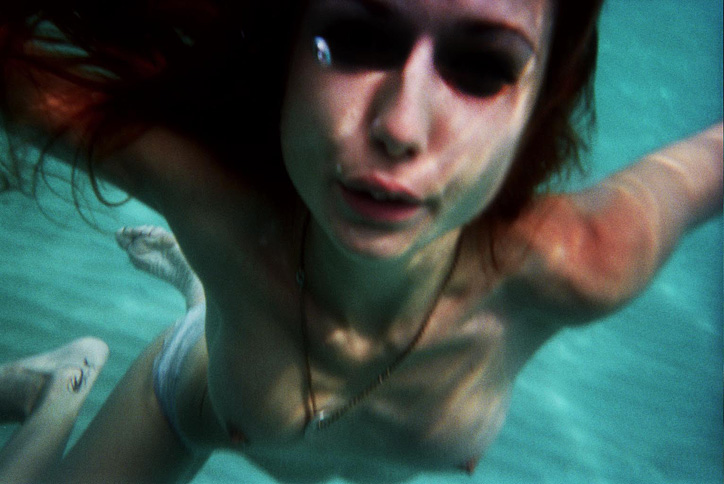 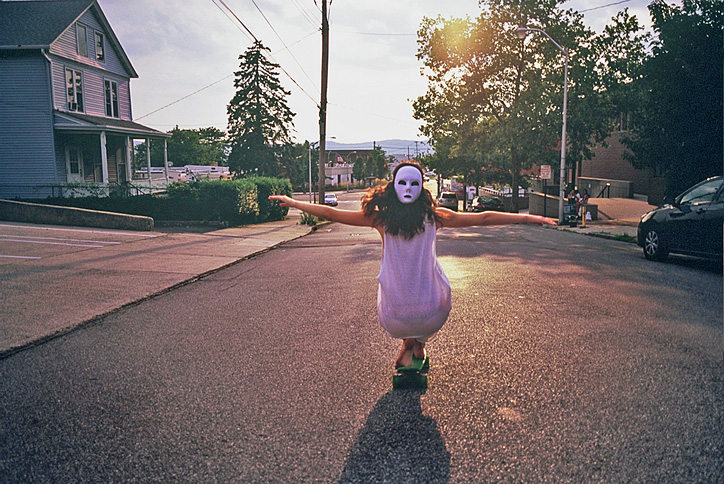 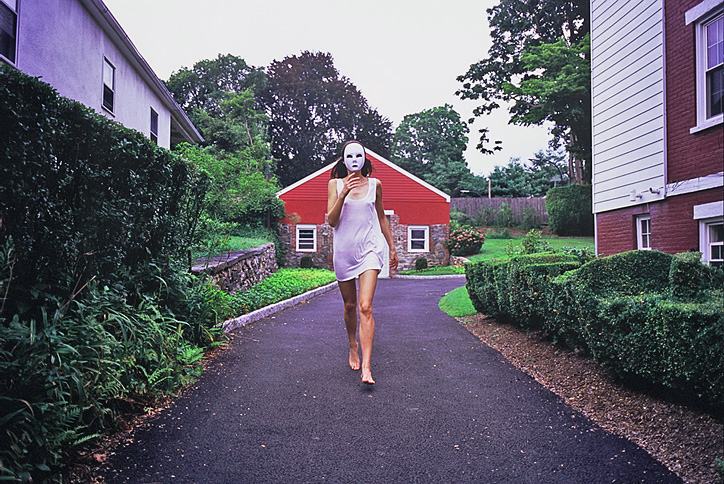 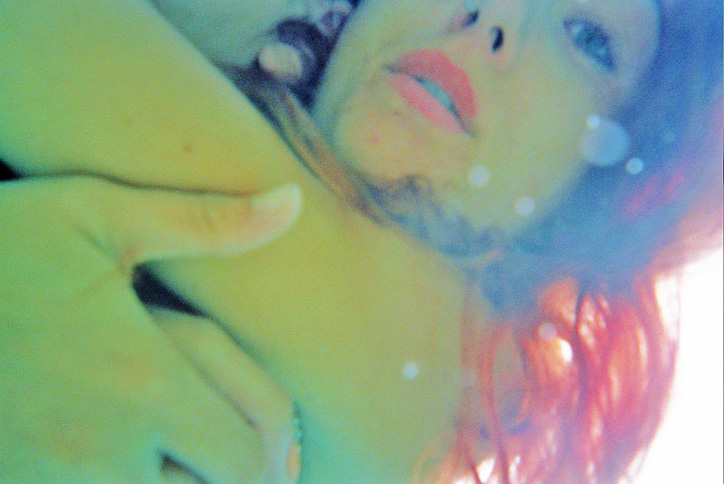 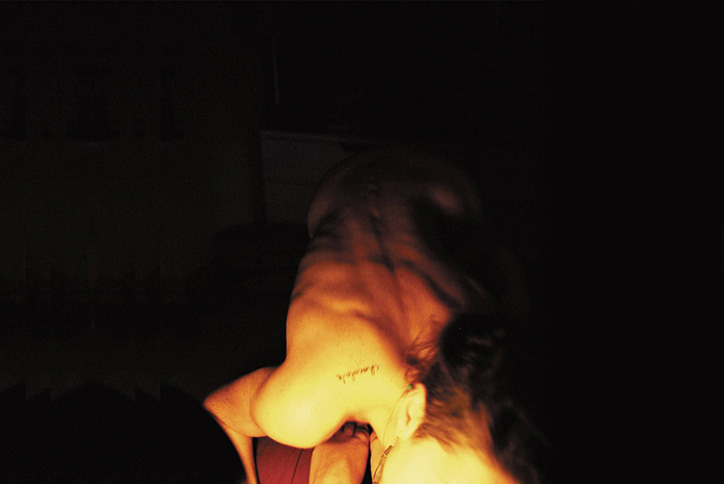 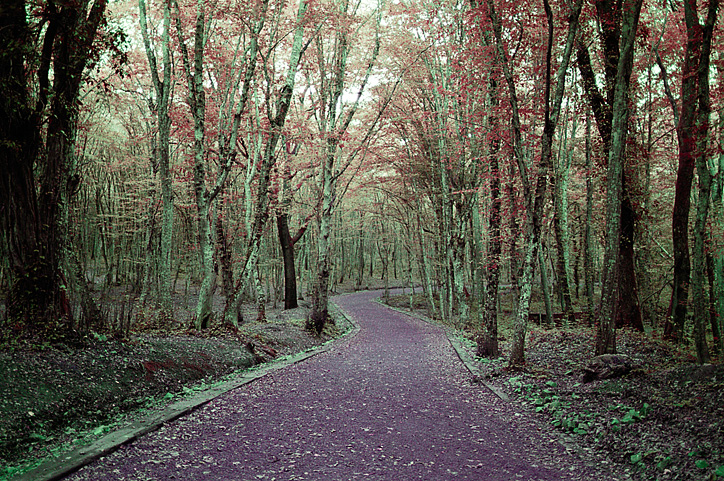 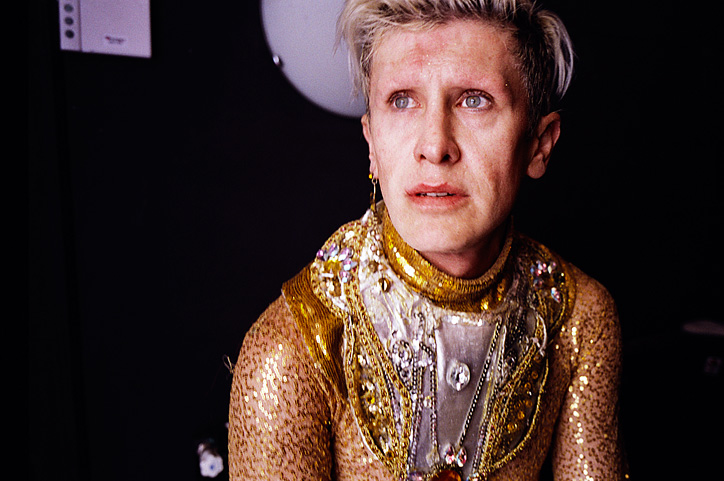 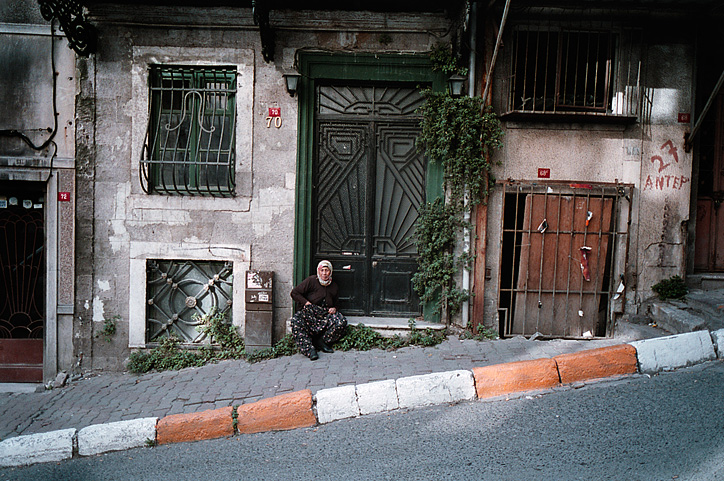 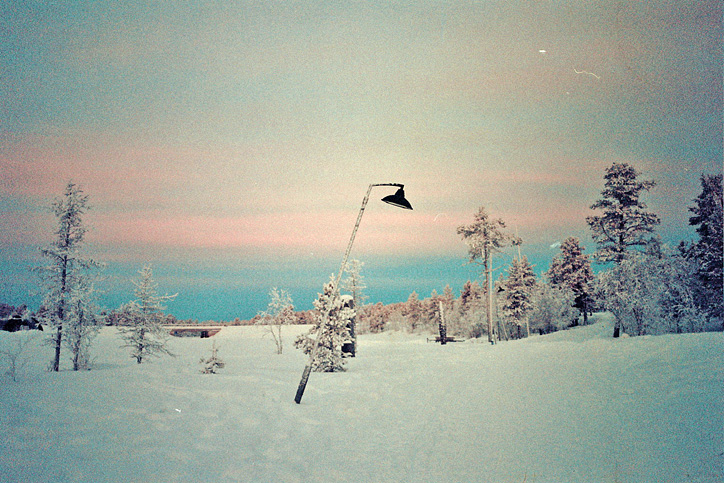 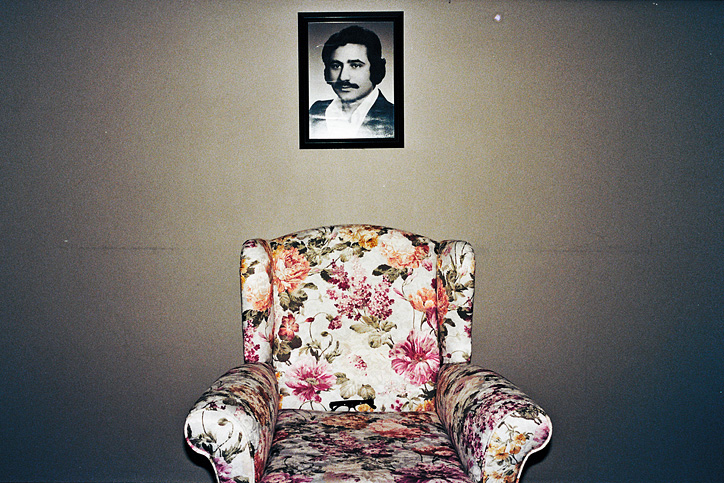 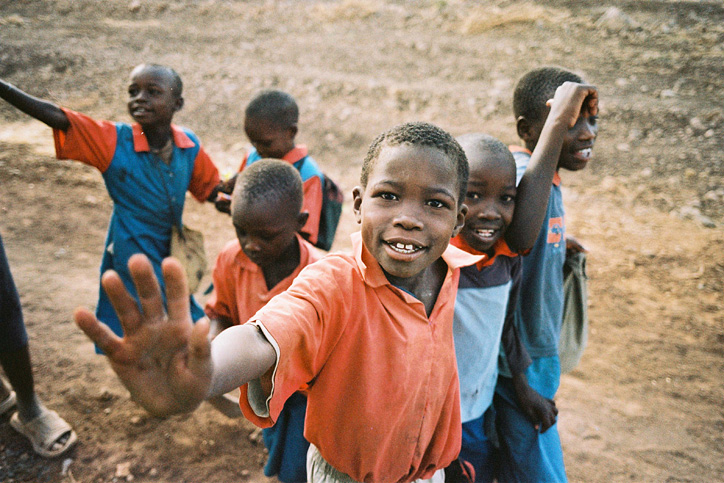 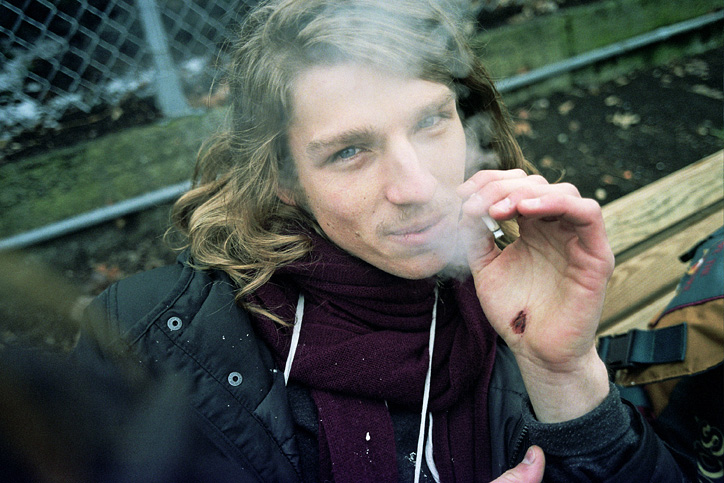 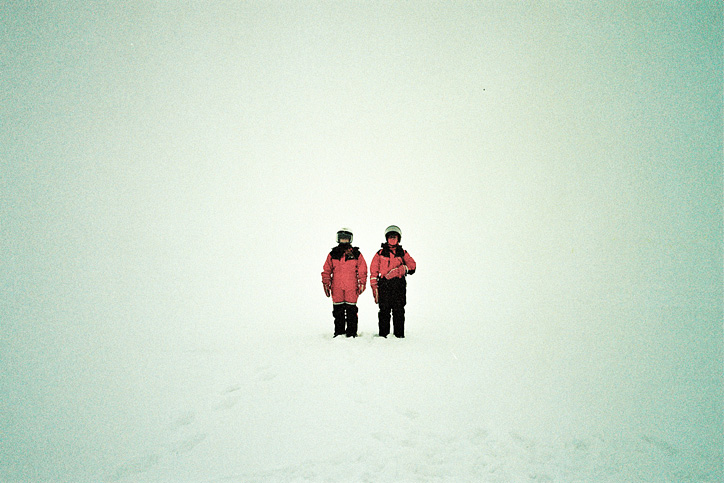 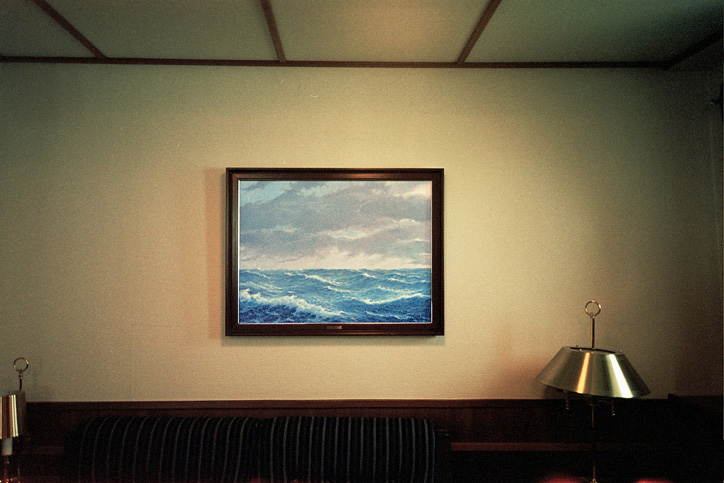 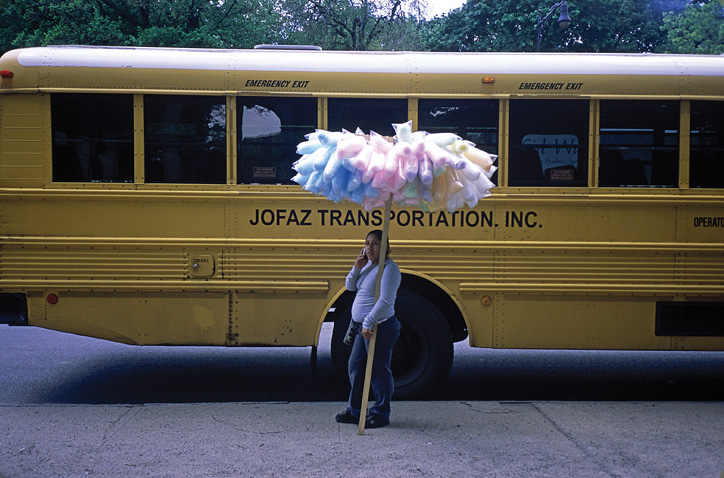 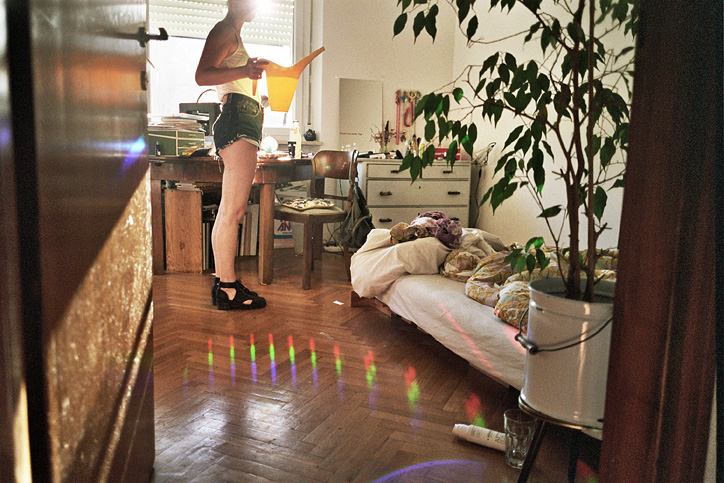 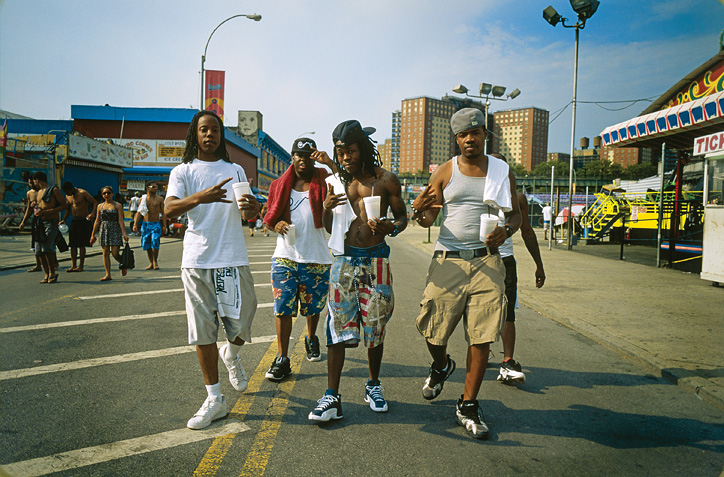 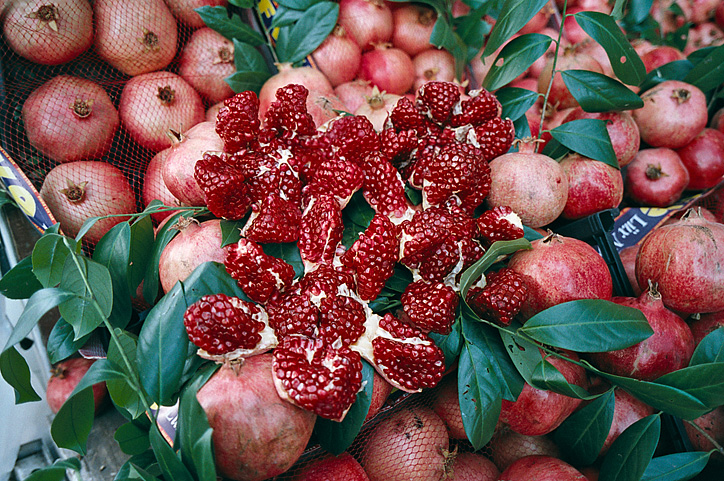 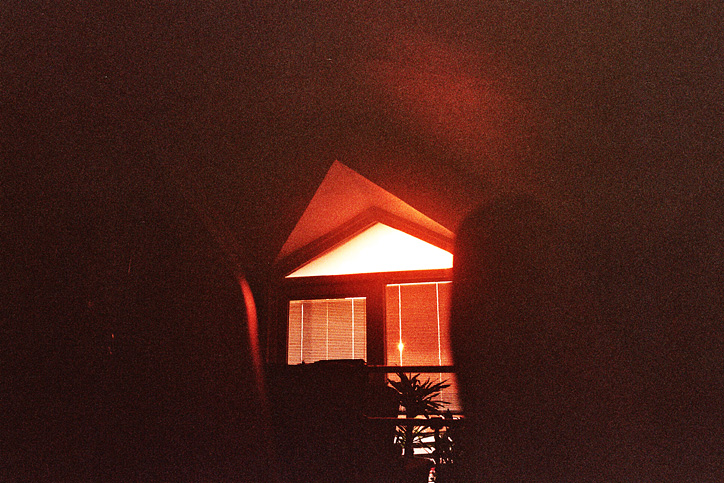 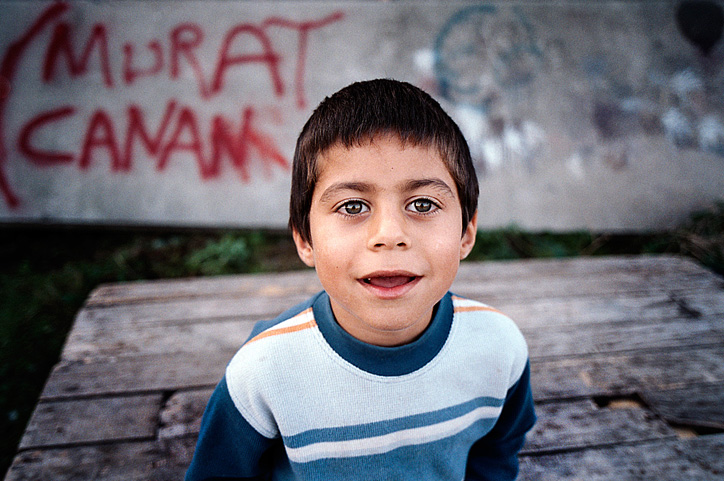 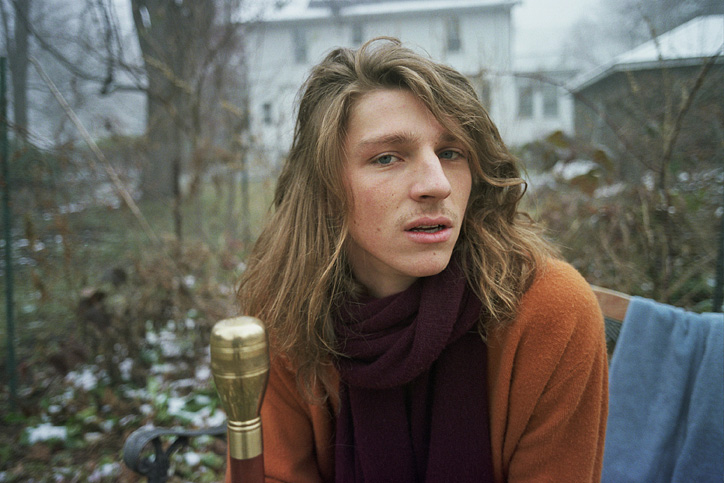 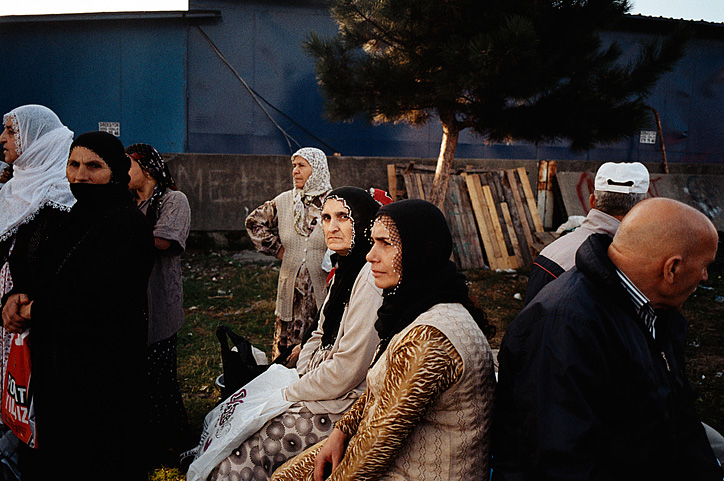 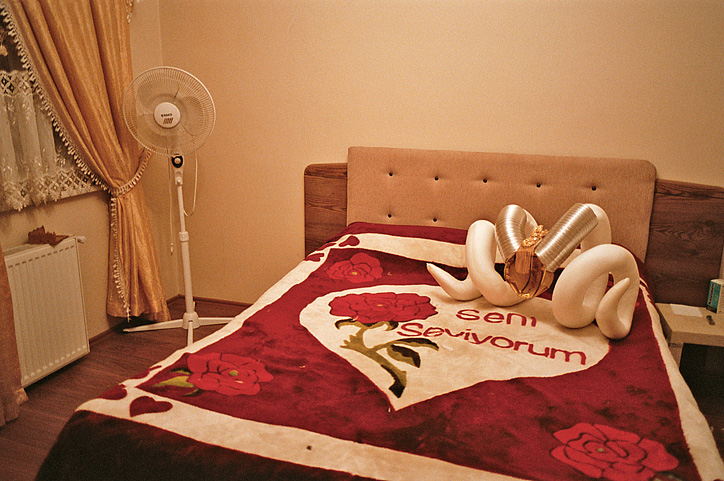 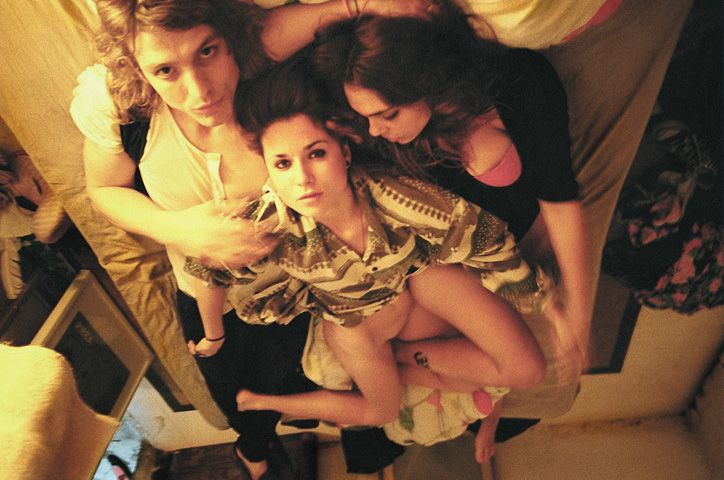