The Intensity Of A Portrait 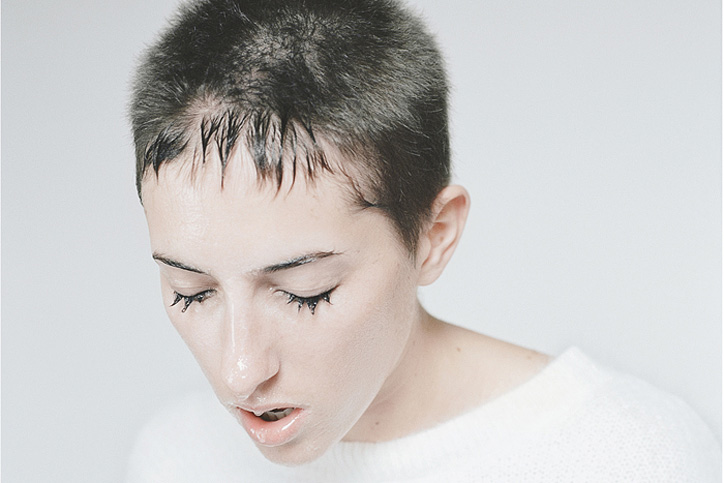 Fragility can be bold, violent and even austere, and it works on scene. There’s no need to hide the pale reflection of vulnerability, the sensation of being lost or the desolation after the loss. The virtuosity that passed away and the regret of the life we didn’t live or the life we didn’t dream. The choreography of the gaze, the intention of the light and the simplicity are palpable, but also unexpected analogies, sexual impulses, and silent sounds that remind us that Lucile Godin can see through the true human condition, capturing those fleeting fragments of reality.

French photographer Lucile Godin studied in The Duperré School of Applied Arts where she learnt the techniques of textile design and creation, including embroidery, tapestry, weaving, felting, and digital printing. In 2010, she got into l’Ecole des Gobelins, a school where she studied visual arts, including photography, developing her particular vision about fashion, very much inherent in her work.

A disruptive innovation in photography that comes to speak an language of her own, which means consequent interpretations and a rich mix of apparently opposing forces. The portrait of Lucile is soulful and detailed, and so is her conversation.

Lucile, many artists got into photography after their desire to stop time or just because someone gave them a camera at some point. What happened to you? How did you first come in contact with photography?

During my last year of university I met two collectors of the nineteenth century pieces. (Laure was one of those, ref: Laure series). Their collections included some photographic objects and jewels such as mortuary frames, mini books, lockets, bangles, brooches…These items were kind of mini relics, often accompanied by physical fragments of the person (teeth, hair, clothes…). These fetishes fascinated me and were decisive in my relationship with photography. That’s why I focused my entire diploma on this topic. Then, when I finished my arts and textiles course, I hesitated between photography and other artistic disciplines. So I started to practice it later, in a quite naive way. When I entered l’Ecole des Gobelins, I had no knowledge about photography techniques, so I started to make simple portraits of women. It was then when I realized that I was exactly where I had to be, it was just obvious!

Your photographs create a rare atmosphere, where the line between reality and fiction is blurred, as if we were rabbits inside David Lynch´s homonymous film, in a complex sensation of anxiety and intrigue, a bit claustrophobic. Is this genre one of your references? Which is the concept that intrigues you the most?

I’m a big fan of David Lynch! The idea of introducing some fiction mixed with reality fascinates me. This is about the unconscious, the exact moment where we can’t discern the boundary between our actual thoughts and the beginning of a dream. I think this trouble is linked to a destabilizing factor, which can be terrific or, on the contrary, just banal. A simple detail can switch our minds on, leading us to another reality. I wonder about the ambivalence that makes us feel attraction and rejection at the same time. It’s like the resistance we experience when we try to bring two magnets together.

I am fascinated by the way you treat Fashion in “Laure”, featuring the elegance and the relevance of attitude when it comes to the external appearance, when it is precisely the interior what is revealed. Can fashion be an instrumental effect for obtaining determined reactions?

Absolutely! I think good fashion photographers express a proper point of view on contemporary fashion creations, managing to translate them in a certain aesthetic and also to obtain a personal interpretation. Skin is also a piece of clothing, so the idea of Laure was to explore the direction less expected in terms of styling a woman of her age. She is a very discrete person and dressing her in sequins was quite shocking. However, the most incredible thing comes when looking very differently from how she was used to, she completely revealed herself.

You know how to capture the soul of the objects and the stillness of peaceful gestures in a veil of transparency. Are you always so sincere?

Well, I think that I try to establish transparency with regards to my models and to others in general.

Do you think portraits reveal certain aspects apparently invisible to our eyes? Why is this format so recurrent to you?

My interest in photography was materialized thanks to Laure, whose collection of photographs moved me deeply. There is something spiritual on those portraits, as if the soul was fixed on the items. It’s said that Balzac refused to be photographed out of fear of the camera which could steal his soul…Life, death and spirituality is part of photography. It is very difficult to talk about truth, since this discipline is so subjective. I try to be loyal to the model I’m shooting, so I can’t betray it. I also find it amusing when models tell me that they don’t recognize themselves in the photos…but then, those persons I shot, who were they?

“Le Sexe Rouge” has a magnetic and poetic vision about the human body. Women are the main figures of your pieces. Is the complexity of the feminine body an eternal theme in your proposals?

The complexity of being a woman is indeed very present in my work since the beginning. The questions about the body came up later and they merited deeper reflection, as this issue is difficult to treat. I think that I developed this theme in my subsequent works. For this series, I researched the different interpretations of Snow White, which deals with puberty in a poetic and underhanded way. I questioned the relationship that women have with their own body. I think this relation is extremely violent and the cohabitation of body and soul can be very complex as well. The female body is powerful and invasive.

Fetishized objects and obscure aesthetic is inherent in some of your photographs, in a reflection on death and life. The transition to a light of white and deep sea pureness comes up in the “Enypniastes Eximia” series. Why are you so attracted to the darkness?

It’s interesting that you speak of darkness and deepness since this series was inspired by creatures of the abyss. Exemia Enipniaste is the name of a species of "cucumber of the sea". The thin line that separates life and death is translated into a floating sensation or weightlessness that can be found in certain images.

Listlessness and thoughtful expressions are featured in motionless. Is this analysis a reflection over a more aggressive treatment?

Beneath the soft and gentle appearance, I realize that my photographs have a violent dimension. I don’t know if they literally speak of aggressive treatment….It’s clear that the subjects are brutal and they are very touching. I have a slightly tendency to be extreme in terms of reactions and emotions and I think that photography allows me to channel them. It’ possible that this opposite feelings of tenderness and violence are part of this known trouble I evoked before.

There are no artifices in your photographs, so spectators are induced to new states of mind, and transported to unknown places. Is simplicity one of your main codes?

It is important to simplify to the maximum, in order to extract the essentials. I work in a sculptural manner on the volumes that compose my images. I like the idea of the monolithic body. I also have the sensation that the more the image is stripped and bared, the more it leans towards the abstract. Less is more! 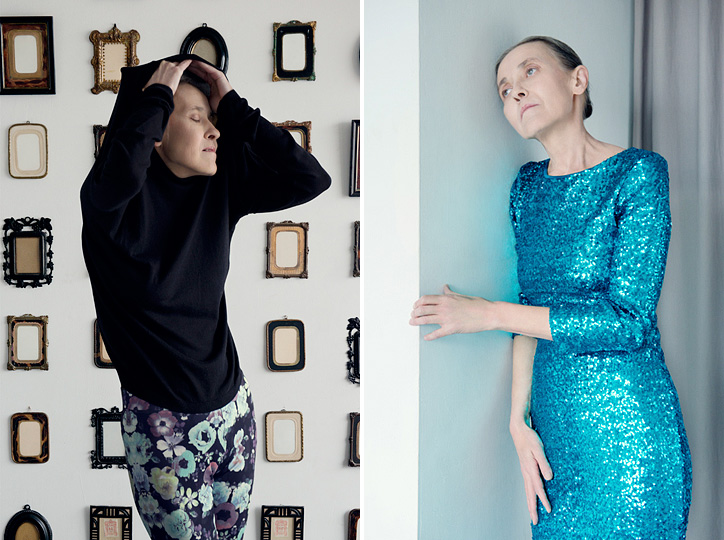 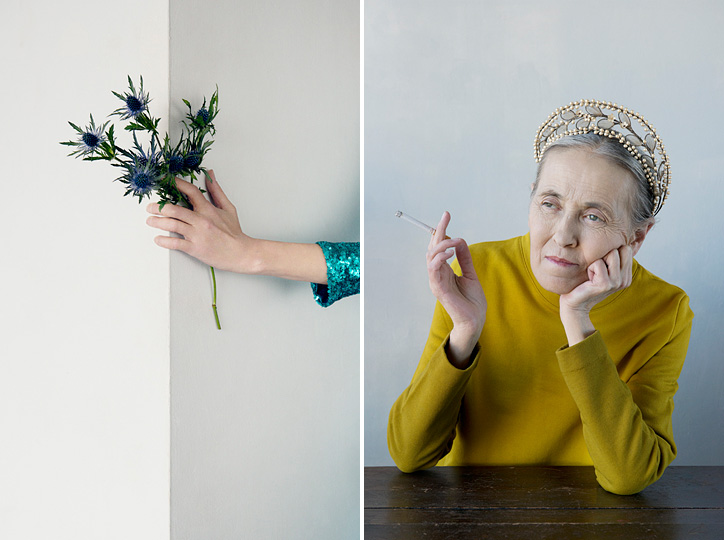 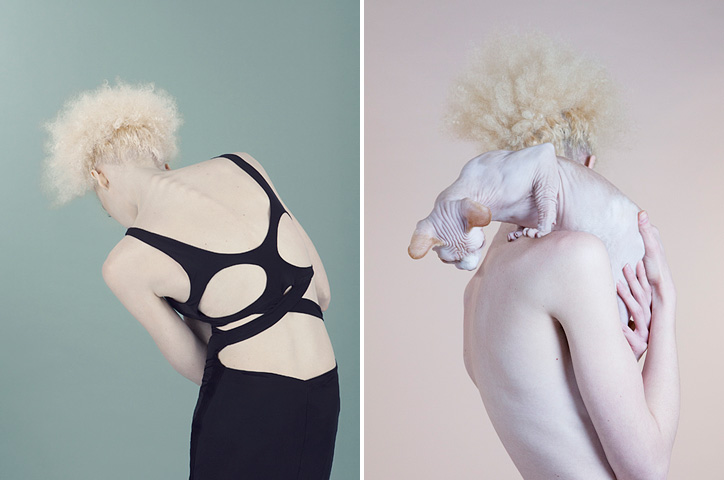 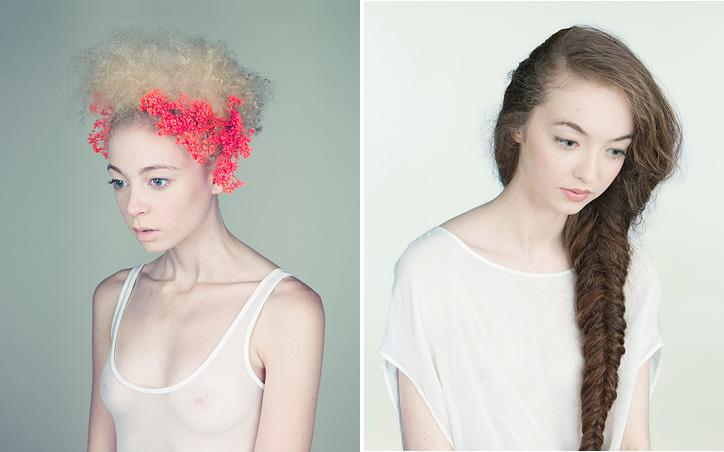 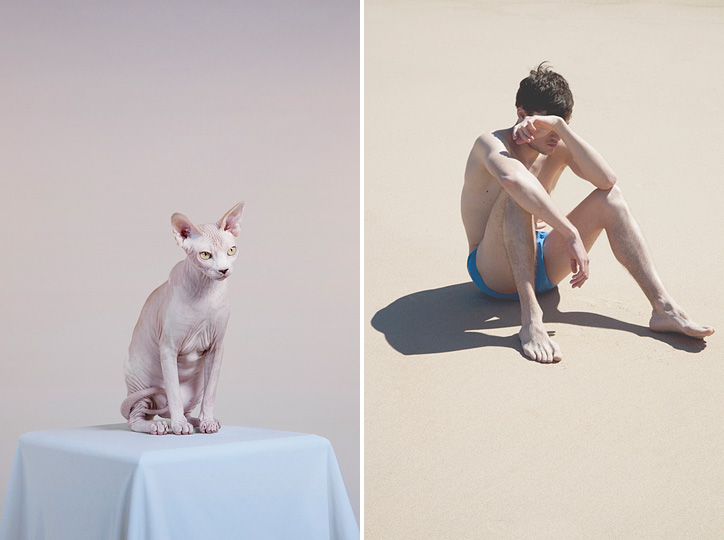 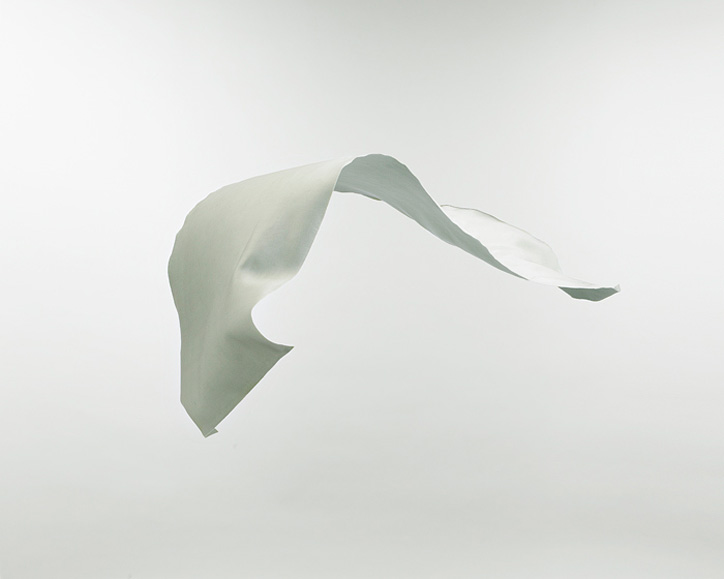