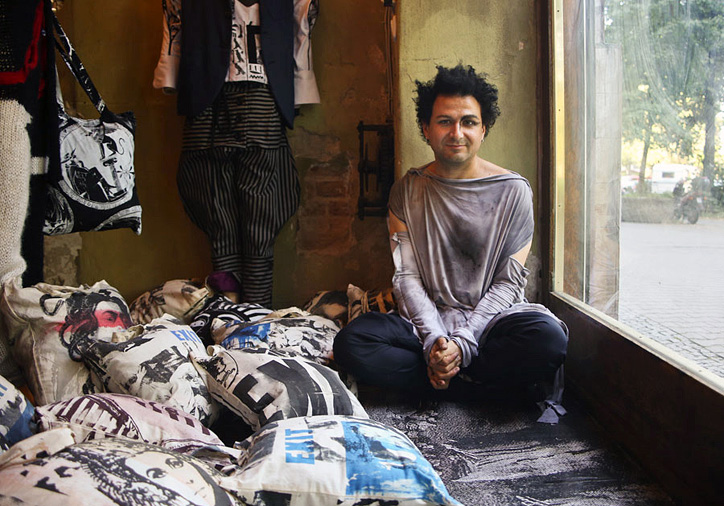 It was back to the future at the presentation of the "Taking Liberties" 2014 collection of Kreuzberg label Exit. Within the walls of the darkened boutique on Wienerstraße, living shop mannequins illuminated by angled spotlights showcased the new designs; their movements choreographed to the ethereal sounds of a live synth band. The "Taking Liberties" collection was named after Exit's designer Juan Chamié’s first band of the same name – an experimental solo outfit which, he candidly admitted to me, no one at the time particularly liked. Chamié has revisited the spirit of this first, albeit less successful, creative project, and the confidence, imagination and vanguard edge of his previous life as a punk rocker could be felt through the mood of the new collection. Skillyfully drawing on these themes and experiences, Chamié has produced a collection that is exceptionally eclectic whilst maintaining consistency between pieces by way of a well-defined conceptual vision.

Testament to Exit’s growing circle of Berlin supporters, the crowd waited patiently for a turn at viewing the androgynous couture label’s latest creations. Once admitted to the space in small groups, attendees wandered around performers poised against eerily lit installations of old picture frames, plinths and hyper-coloured projections. Fitting with the concept, the presentation finished in a performance by Mad Kate, the other half of the Exit label, who provided haunting, minimalist vocals whilst modeling some of the collection’s most elaborate assemblages.

Chamié did not draw solely on his own rock-star nostalgia to create the Taking Liberties collection but also by the idea of passage of time itself, taking inspiration from a disparate array of cultures and historic icons to create non-linear timelines that reference aesthetics of the past, present and future. These clashes, worked into the designs, pick up on Chamié’s overarching concept of ‘future relics’. His anachronistic references materialized into non-gendered outfits of jutting angles, strategic rips and tears, patterned layers and screen printed textiles. In its totality, Taking Liberties read as if monochromatic 80’s Goth was stylistically heralding an oncoming apocalypse.

Once the smoke machines shut down and the models moved outside to mingle, I got a chance to speak to Juan de Chamié about this collection and the concept behind Exit.

How does the "Taking liberties" collection fit the narrative of your past collections, or is it a totally new story?

I would say it’s not completely a totally new story in that I stole from myself. I try to keep it really pure in that sense, I try not to get influenced by anything else other than what I have already made myself.

Exit places emphasis on performance art within the fashion event. What is the biggest challenge for you putting on a production like today?

Although it was wonderful, the hardest thing was to organize the space and make it seamless. The easiest thing that I’m really grateful about is the community that supports me. I typically work by just making an entire collection and not doing fittings until the day of, which is sometimes, I learnt, probably not the best idea but the last five years, that’s how we’ve done it.

One of the ways is by recognizing all kinds of bodies and all types of genders who identify within our own community and putting clothes on them. So today I have a plus sized model, I have a size 2 model, I have a woman who identifies herself as a man, I have a man who identifies himself as a woman. I’m not thinking about it in a sense of – “Oh this person can only wear this”. Obviously there are some special needs in that sense but I think we are contributing through that (approach). I’m only designing in this shop for my community and whether they support me or not, and of course I want them to, but this is actually irrelevant because I have to make these clothes anyway. I’ll have to do it regardless. For me it has become something that people cherish, at least that’s how I feel and that’s how people make me feel.

Do you think these decisions set you apart from other designers?

I think I’m set apart because I’m a designer who has a boutique and makes all his things in his own boutique and who only shows them within his own boutique. Of course I want to show my things in other places, but the idea is that I’m making clothes only for this shop, so if you want to buy them or if you want to try them on, you have to come to this shop. They won’t be available anywhere else… but that marketing model doesn’t work so often! [laughs] But the romantic side of this, it fits my daydreaming, fantasy life quite well. And so we put on our fashion show and see people come and express themselves within it. Although some of them are not customers they enjoy the idea of seeing us enjoying ourselves.

If everything really is a series of cut ups, samples and mistakes as you proclaimed in your invitation to "Taking liberties", what’s next for Exit?

To continue cutting up the future. Taking it all the way backwards and then shooting it all the way into the future. I like to use the term ‘future relic’, so like there is something here that I imagine came from somewhere else far, far away in the future that I just happen to make right now. It may or may not be new, but again for me it’s about daydreaming, about seeing someone actually try – from daydream to pattern, to construction, to you walking away with it is all I really need – oh and you need to pay for it! Because I work on a couture basis, every piece is handmade, not too many are alike, for me it keeps me going that way. 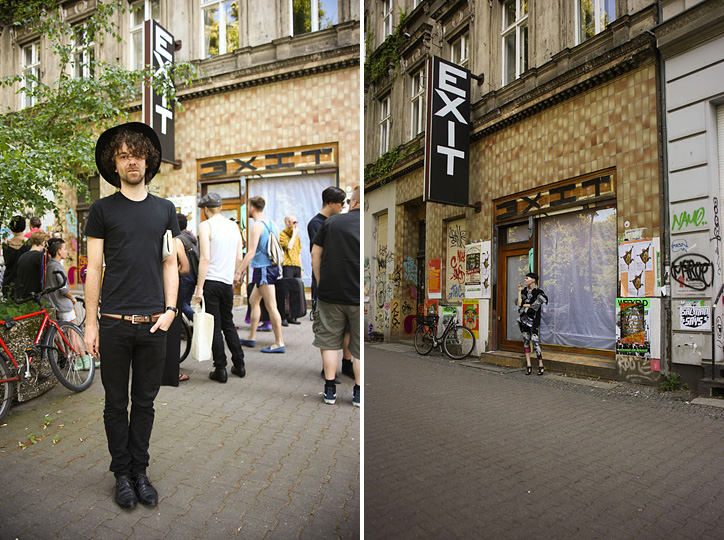 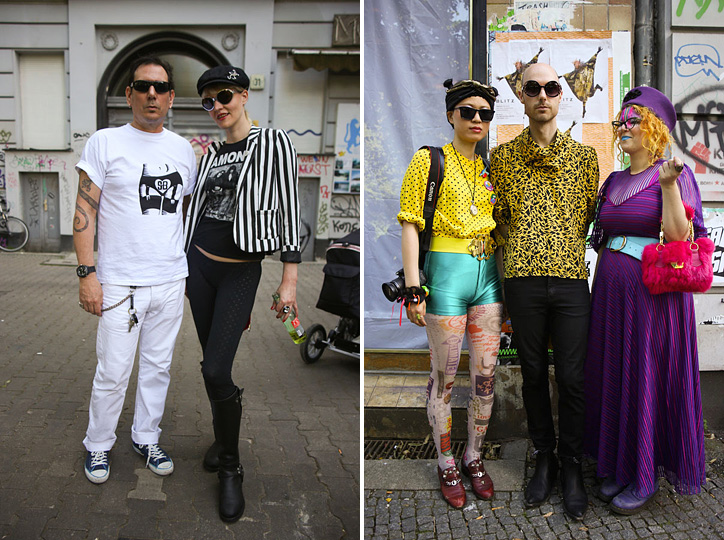 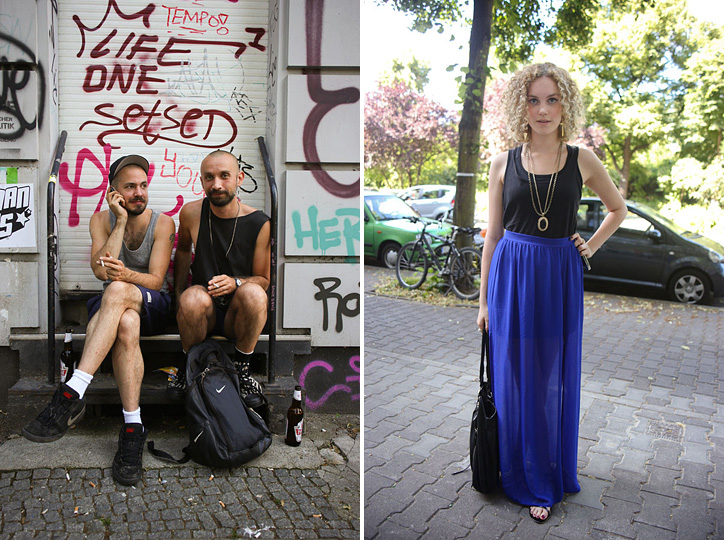 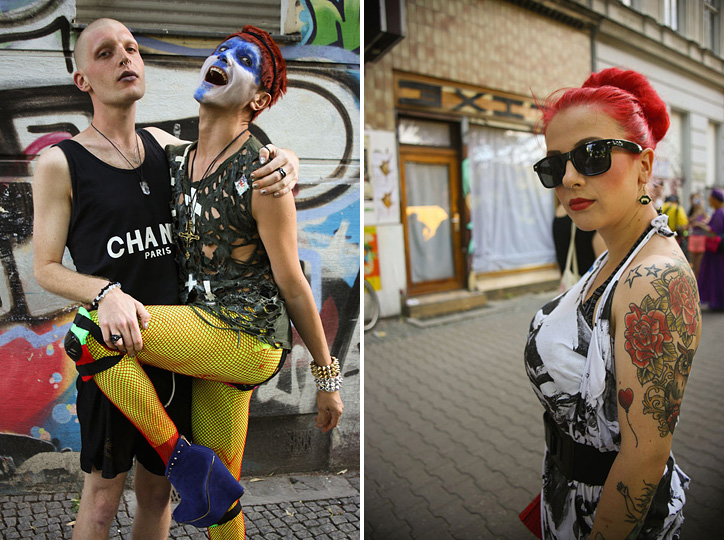 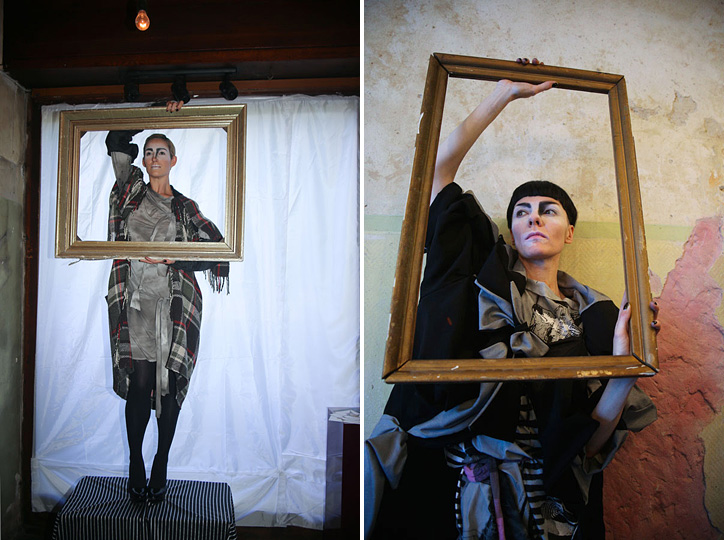 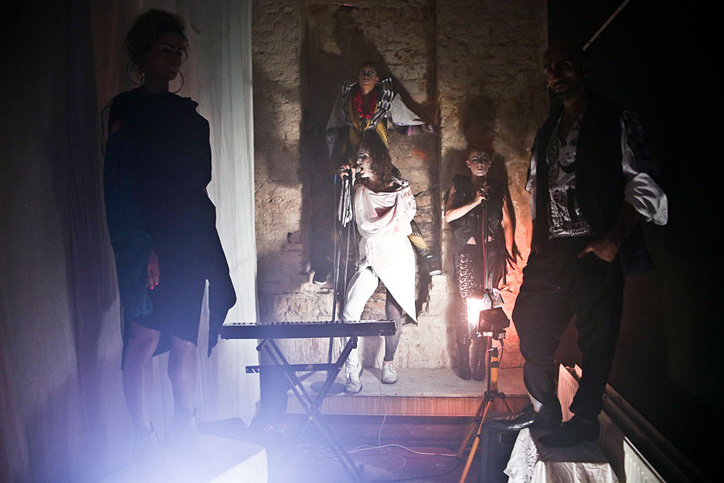