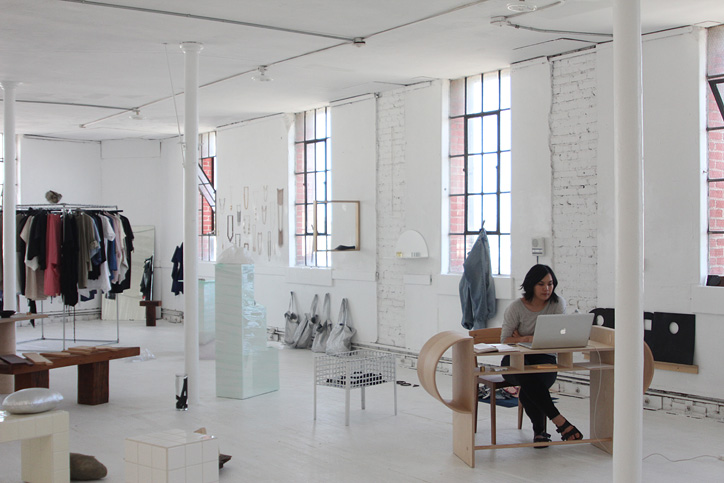 Iko Iko is a Los Angeles based concept gallery focusing on design and its possibilities. Kristin Dickson-Okuda designs limited run clothing as Rowena Sartin and her partner Shin makes furniture as Waka Waka. We were lucky enough to get to talk with Kristin, about the new space shared with Building Block, her clothing line, Shin's furniture and her favorite things.

What does IKO IKO mean?

Iko Iko means "let's go" in Japanese but I also loved that it's from an old Dixie Cups song from the mid-60s. "Jock-a-mo" is the original creole version.I wanted the store to have a rhythmic sound, something people would remember.

When did the first Iko Iko store open?

The first iteration of our space opened in 2009 in a small storefront/studio on Sunset in the Echo Park neighborhood.

Why this Chinatown location? What’s the history of the building?

We had been looking for the right spot that could satisfy both studio and store functions and after a long search we went back to this present spot because of the amount of light and the character of the space. It's in a less developed warehouse zone of lower Chinatown but historically, it offers some nice energy. Originally it was the office for the Standard Oil Company dating from 1914. And from 1973 to 1991, it was established as the Woman's Building, a public center for women's culture founded by Judy Chicago, Arlene Raven and Sheila Levrant de Bretteville.

When did you start designing?

I have been making clothing for about 6 years. I opened the store as a way to create a context for what I make, to have it in a space where people can see the full conversation of the ideas I have about clothing and the interaction with clothing on a person. Having the store really allows me to experiment, so I'm grateful for that.

Where does the Rowena Sartin name come from?

It's my maternal grandmother's name. We share the same birthday and I spent a lot of time with her growing up.

How did Waka Waka start? Has Shin always been into wood working?

Shin formally started making furniture when we met through the store. He made 3 low shelf/table structures that looked like cheese slices. He needed to have a name for the project, so we picked Waka Waka from a Fela Kuti song. He began making a new series of work for the different shows we had and it really took off from there. He worked for a sculptor here in L.A. and also for a woodworker in Japan before moving to L.A.

How did the merging of space between you and Building Block come about?

I think we both have a commitment to a particular language in our work so the ideas are pretty recognizable in a piece. The minimalism and creative geometry in all of their bags plays on an object identity, which makes the bags enjoyable pieces to place in a space. I think we both appreciate what statements simplicity and inventive structure can mean in a product. Having a studio space co-mingling with a store zone is a nice way to show the story of what we all make. Being able to express that’s important to us both.

It's really great to share a work space together and observe how we work through problems and ideas. It's great to be able to step outside of my (sometimes) tunnel vision and get an objective voice.

Given your process isn't necessarily a seasonal collection, what informs it? What are some of the factors that are entailed in your process? Tell me about the inspirations, feelings and moods you are trying to express and/or translate from your head. To me you have a very serene environment and feel.

I think it's more about the identity of a garment and how one subtracts or adds to a really basic form. I like to think about how one can re-define a pant or a skirt to be something someone can manipulate when they wear it. I approach clothing as a really personal expression, so I try to design pieces that people can interpret in their own way. I am inspired by how different cultures value clothes and different traditions or ceremonies relating to clothing. I am interested in how feeling and clothing choices relate. What is aspirational, practical, adventurous, soft, powerful in clothing.
For the space, we feel like it's important that it’s like an experiment, where things are not static. The placement of objects and furniture is just a relationship between shapes, colors and textures. Suggestive is a word I like to think about. I don't like things to be obvious and understandable on the first read.

There's also a large focus on objects, as in clothing and goods as objects... Is this part of your perspective?

We try to let people interpret things versus directing how something should be worn or used. Freedom!

What do you see in the future for Iko Iko? And what about Iko Iko - Building Block?

I think it's just getting more specific in our philosophy of making and in expanding our recipe book and materials... Getting to share a space and in a larger sense and design idea is wonderful and expansive. I think we are happy to see how it all evolves.

I love Jim Jarmusch's Mystery Train,  Trufaut's Bed and Board, Louis Malle's Elevator to the Gallows, Mikio Naruse's When a Woman Ascends the Stairs...there are many films I love.

Susan Cianciolo, mamaradion, anyawaa. I look at Instagram with a waxing and waning enthusiasm. I like these because they speak of each person's interests, artwork and life interpretations.

Pizza and kale in any form. 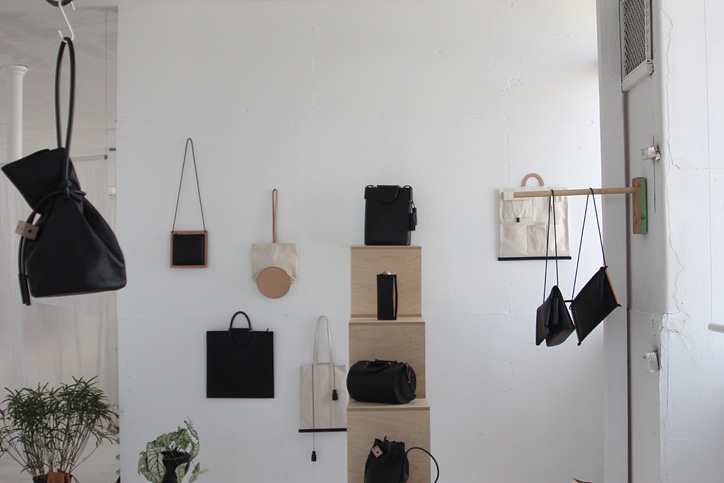 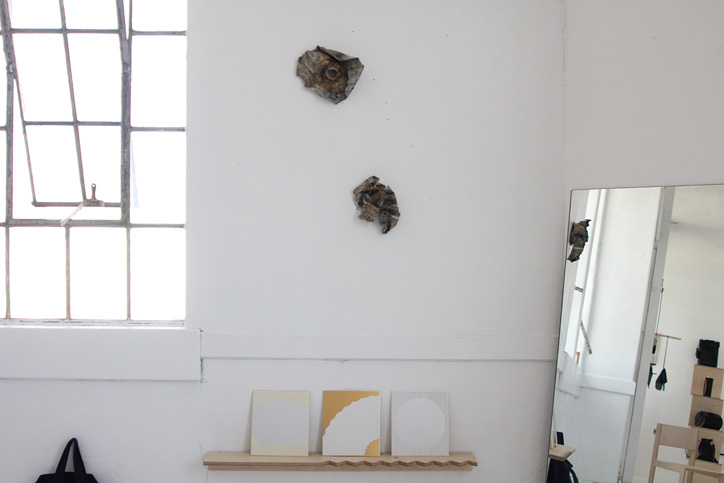 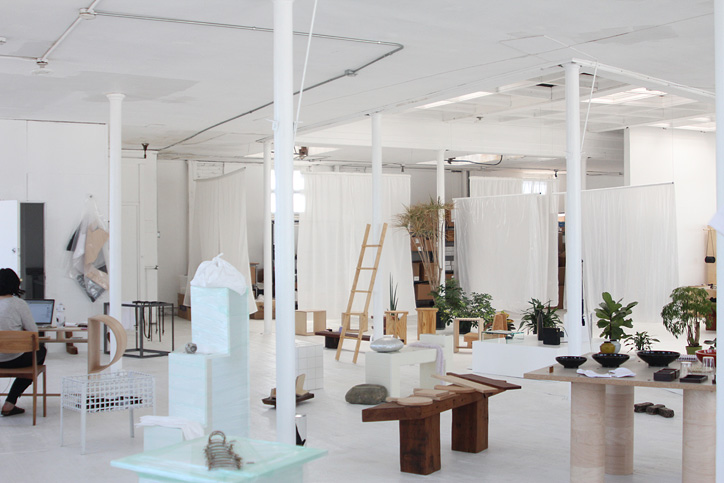 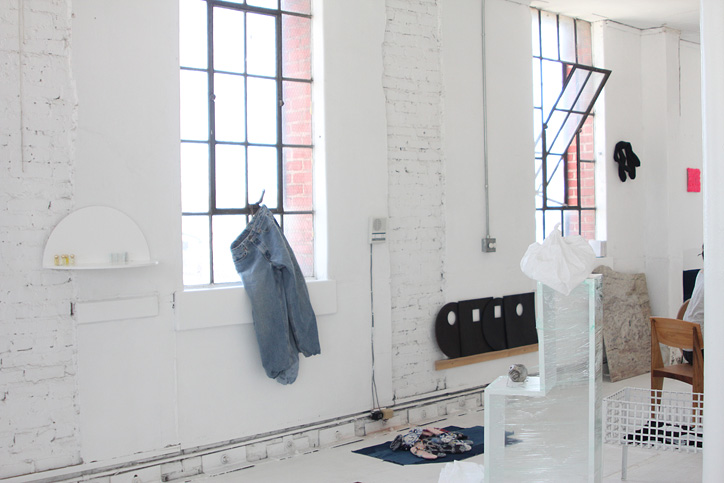 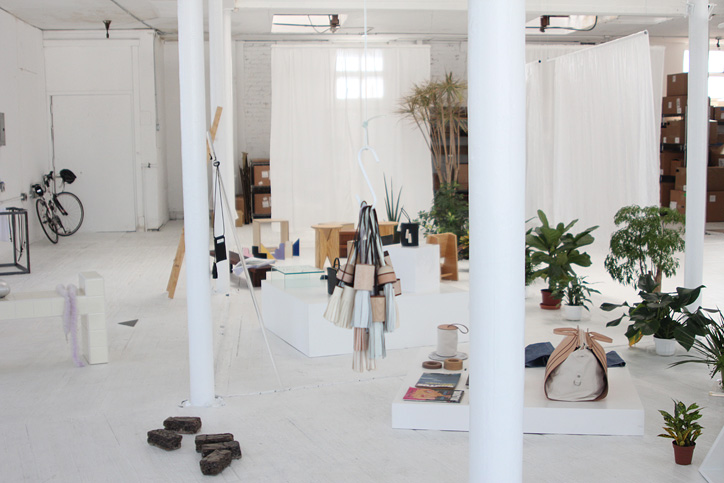 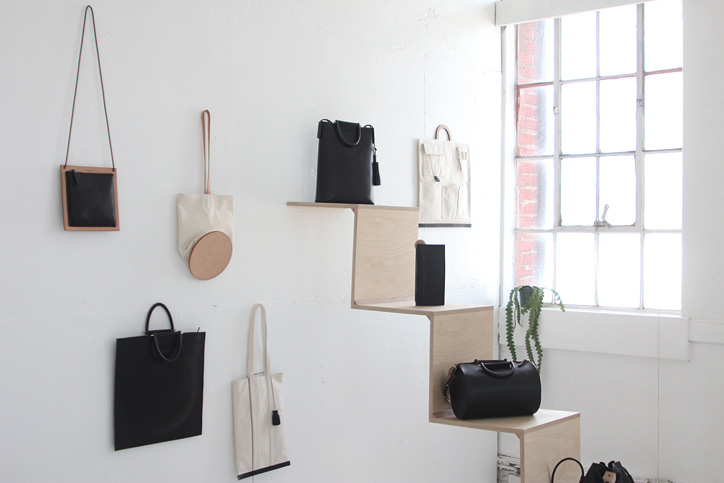 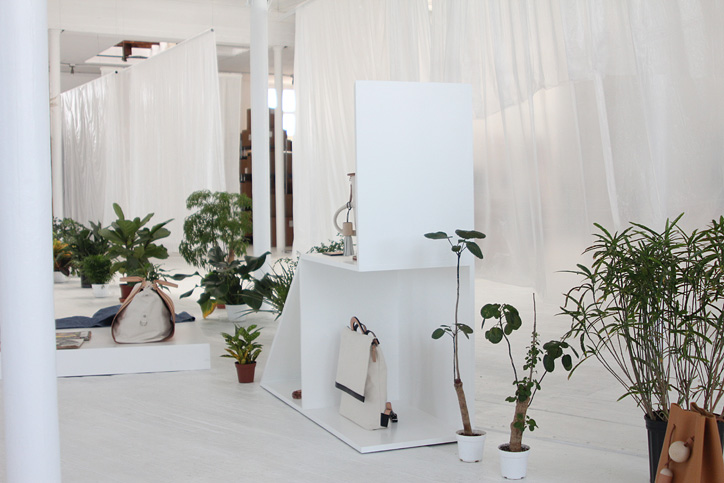 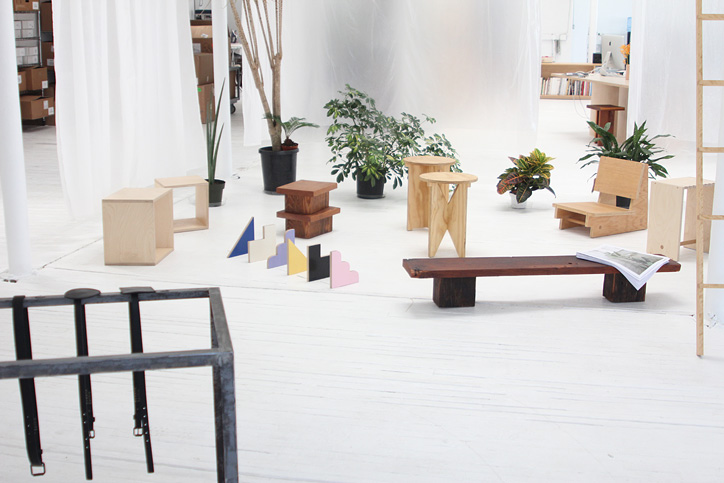 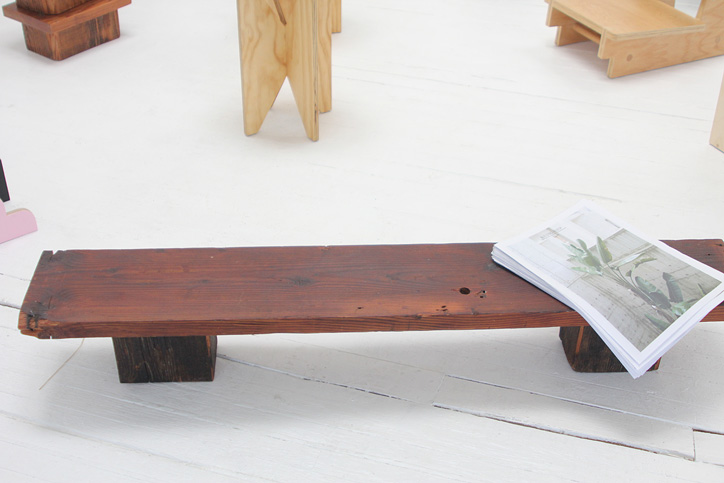 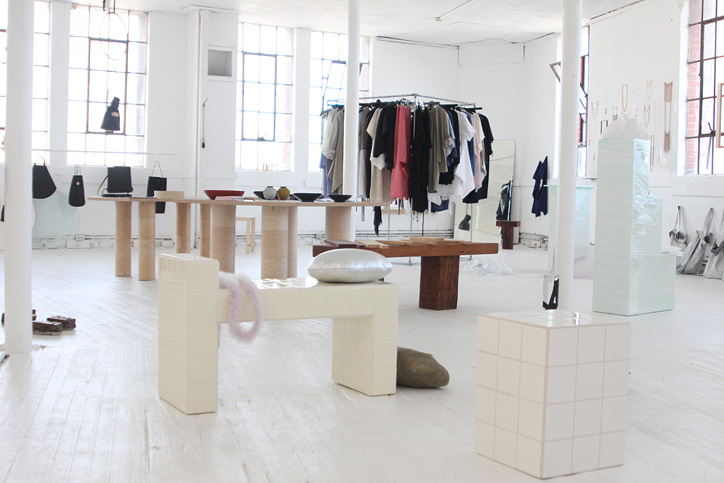 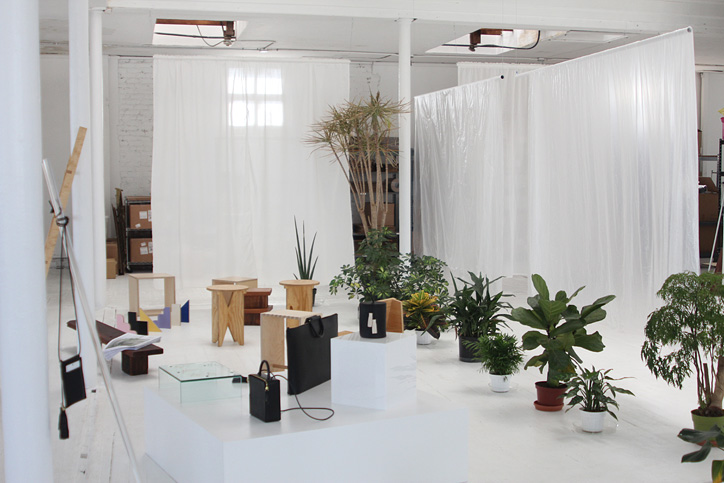 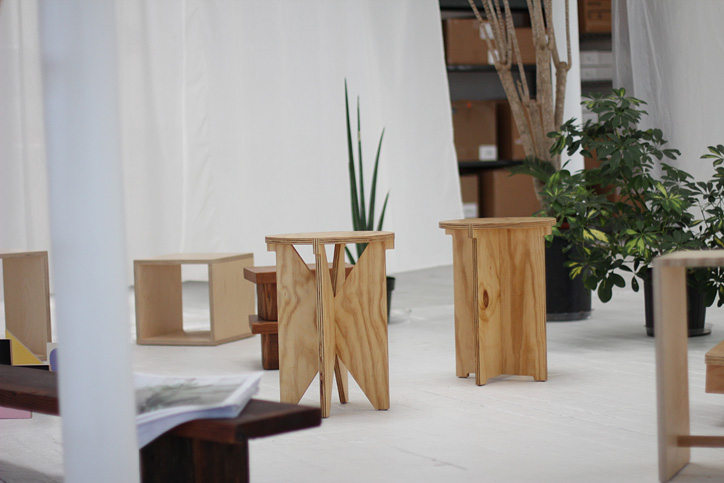 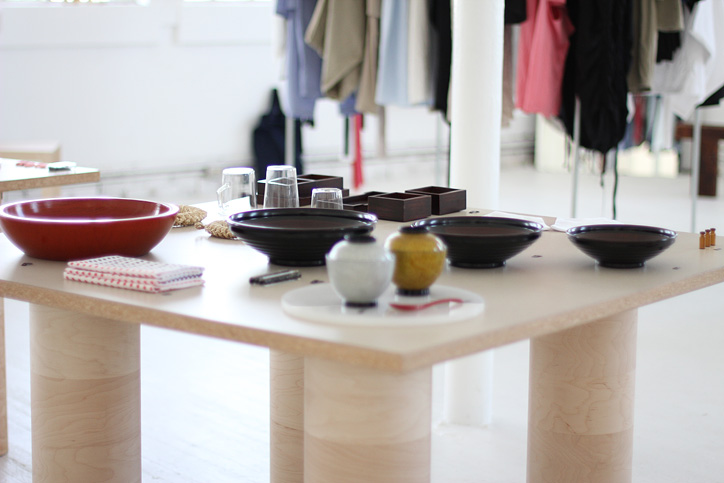 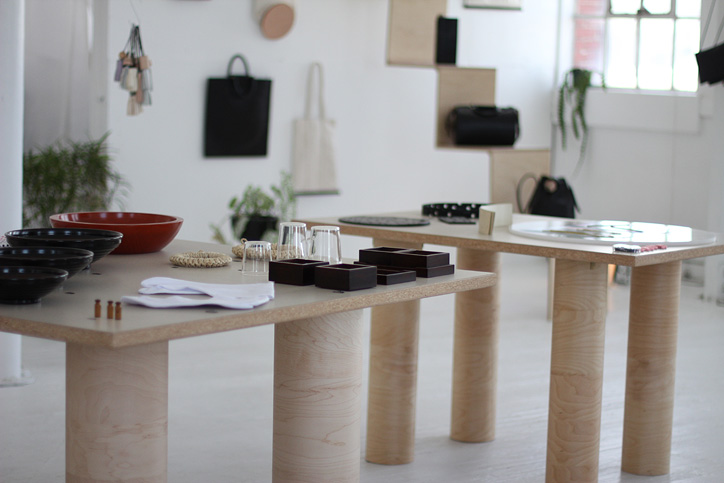 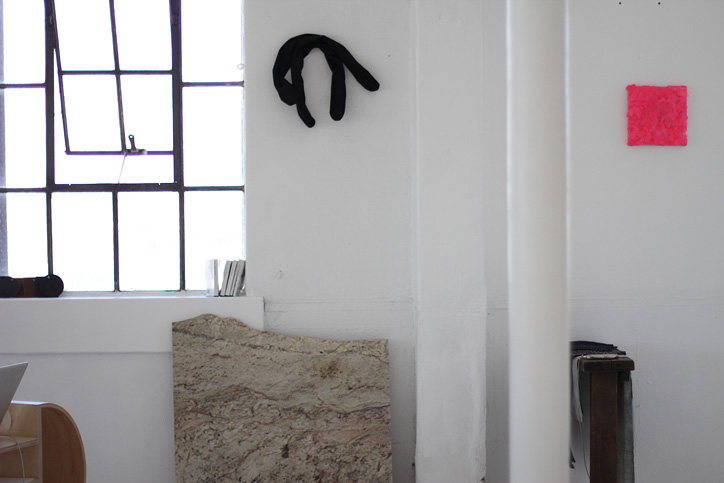