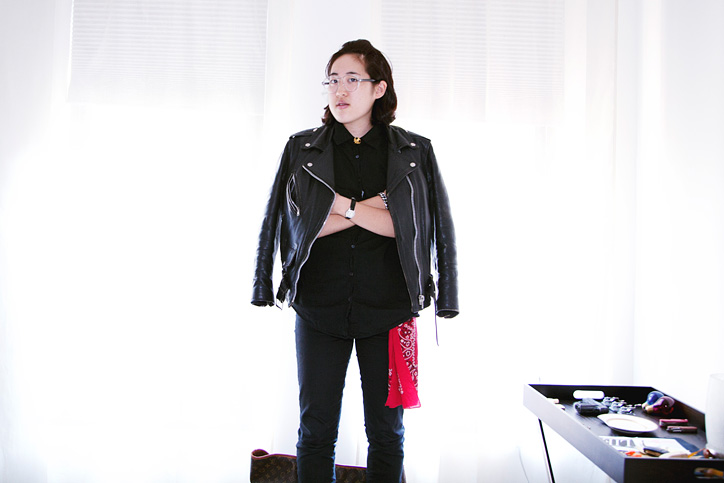 G*Lee has accomplished a lot for her age. At only 21 years old, she’s managed to DJ at some of New York’s hottest nightlife venues, build a prominent female only DJ Collective, and work with a number of other incredibly talented people. Yet, with all of her endeavors she remains humble and often shies away from the limelight. For a popular female DJ in this city, that is rare. With many exciting projects lined up, including a debut album in the works, G*Lee took a break from her busy schedule to meet up with me and discuss her difficult past, her present developments and her seemingly promising future.

On a muggy afternoon I meet up with her at The Smile, a small and dimly lit restaurant in SoHo. As I enter, it’s easy to spot her, but not for the reasons you would assume. She’s sitting at a table to the right, wearing all black- a loose fitting t-shirt, slim fitting jeans, Air Jordans and a fedora that shades her eyes. Her hair is short and well kept and her face is clean of makeup. G*Lee’s look is ambiguous and she’ll be the first to deem it so, but at first introduction her vagueness exudes an immense sense of mystery. She’s effortlessly cool, intelligent, and confidant, but above all, she really just doesn’t give a fuck about what you think of her. That quality is what makes her stand out amongst all of the it-girl DJs New York unfailingly celebrates.

These girls are genetically blessed and more often than not, entitled. They tend to get into DJ-ing as an alternative route to getting a street style snap featured in Vogue. G*Lee, on the other hand, isn’t about that. When she mentions that a friend described her as the love child Kanye West and Bjork never had, it all makes sense. G*Lee’s priority is her art. There is nothing that will get between her and passion. As a result, there are few people she invites into her professional world. That afternoon as we talked over lemonade, she gave me a good idea of it.

How did you get started in DJ-ing? What was your first introduction into music?

My childhood was very broken so I depended on writing a lot when I was younger. I started with poetry, which slowly translated into rhymes. That’s the MC side of me.  When I was about nine years old, that’s when I started collecting records. I used to collect vinyls and that’s how I was introduced to my mentors in the DJ world like DJ M.O.S. and DJ Nujabes. These are all old school hip-hop cats. So I grew up this little twiggy Asian girl carrying Tribe Called Quest, Lauryn Hill, The Fugees, De la Soul, Ghostface, Wu Tang, and Raekwon. Then, I was really studying the alignment of the music and discovering what hip-hop meant to me, not what it already was, which is kind of stereotyped.  So when I was around nine, ten years old, I started to depend on music a lot. Not because I wanted too, actually it was because I needed too. It was my self expression. I grew up really trapped in my childhood.

The first instrument I picked up, actually a lot of people think it’s weird, was the clarinet. One day I couldn’t get it sharp and I got so fucking pissed I threw it on the floor and broke it in half.  Then I thought, this is definitely not my instrument. So, I started to learn. I’m a self-taught musician by ear. I did guitar and piano then, electric guitar and bass. For me, it was all about independent observation as a musician. I feel like when you discover your method of who you are as an artist that becomes your secret. Then you can actually feel open to sharing without being afraid that people might perhaps intimidate or imitate you. That’s something that’s done for you. When you find that instrument, it doesn’t even need to be a musical instrument. For you, it can be your writing- that’s your instrument. My instrument was through sounds. I wouldn’t necessarily say through music. Sounds were my way of connecting to music. I grew up in a very abandoned household. I came from a very gold fed family, super wealthy. The beauty is that it’s not the painting you see in the frame. Sometimes when you look closer to the painting you see the flaws. For me, there were moments where I went from here and to here and I ended up spending most of my childhood in orphanages. That’s how hard it was for my family and me. I grew up in abandonment and was always in fear so I became quite dependent on sounds.

How did your family react to you choosing music as a career path?

My mother had no choice but to believe that my career path was a calling because of all the things she felt too early to accept. Too early as in seeing me grow on my own, prove that "it's working", and that I took in what she couldn't even imagine someone my age at that time was dealing with. She knew I was made for it and built for it. I never complained about my "career path" because it was more of a spiritual guide for me in my life knowing that I felt invincible without taking the conventional ways the world presents to a young artist.

I always knew that I was meant to do things by "it" coming to me. That is the universe proving that you are meant to do something. Sometimes you don't need to chase after your dreams. You have to wake up from the dream, than just wait for it to be reality. Chasing sometimes creates distance from where you can actually be. I saw so many things in my early youth where opportunities poured in day after day. It was a sign. A calling. All I had to do was pick up the phone from the universe and listen to what it was going to say.

I never see my future as a career path, I don't want to be a path. I want to manifest destiny. It’s better to seek your own compass and follow your heart than always trying to take control of your journey. I never make excuses on how the industry gives me stress or consumes my energy. I learned to realize that even negative energy is a sign that your positivity is impacting and drawing out the negative around you.

My family can see exactly what I'm doing because I don't talk, I prove. I know most artists struggle with that concept of proving or justifying their work to their family. Family can be a safe haven or angst to you at times when you seek support. No matter what support you earn or lose, an artist should trust that their work will become their closest family.

Right on. You mentioned earlier that you were mentored by a lot of male DJs. What did they teach you?

That girls are not much different than boys.  I think it's just what society wants to shit on so that categorization and branding are easier. I grew up fatherless so most of my male mentors were like my father figures to me. They taught me to be aggressive, tolerant, and to take control over situations. That's what "men" are stereotyped to embody.

How did you come up with the idea for Liaison Femme?

It was simple; it was a problem I witnessed during my career. The answer was right in front of me. So there I gave birth to the idea, gave it time to process, and released it to the community who then raised it. I wasn’t the only person to think up something like Liaison Femme. All of my peers who are women in the arts all had sympathy for other females in our industry, and we were all just so exhausted of being on this train that had no map to guide us. In comparison to men, Women are more emotional in nature. We seek solace in what acquires us to feel nurtured. Liaison Femme felt like a matriarchal place for both upcoming and veteran DJs to support each other.
It was not just an idea, but also a motivation that translated as a vision, a virus I had to take from within and use it against the system. Every supporter who was behind the "idea" knew that it was a blessing to have. We are women coming together to raise awareness, that's one fucking brilliant idea to me. Right?

So, would you consider yourself a feminist?

I don't assign myself to titles. I hold a universal responsibility not a specific thought to my gender and sex. I don't feel my purpose is to always say "for women, by women, to women". I am a universal creator, artist, and person. I believe that my support system reaches to all areas and communities, not always 'restricted' to just women. I know and have met real feminists and they definitely have a reason in why they are restricted both mentally and physically in supporting just women ideologies, and I know I'll be disrespecting them by saying I am one because I certainly don't have their level of passion in being a feminist. I'm obsessed with my mom, I think that’s as feminist as I can get.

What do you look for when accepting talents into Liaison Femme?

Originality, ownership of individual creativity, and uniqueness in skill and ability. I don't care if you're a DJ and a female. I don't put the two together to summarize what Liaison Femme means to me. We are a community and we want to welcome individuals not conformers.

What can we expect to see on your debut album?

I can't reveal too much! All I can say is, to wait and let the debut speak for itself. I won't leave the community hanging so I will give out some hints. There are a lot of references to the Renaissance Movement, visual communications, psychological inputs on music therapy, and a lot of esoteric aspects to my production. Acquiring a lot of materials of traditional music from classical to vocal movements likes a cappella and chants. All intertwined with Hip-Hop. Basically imagine if Bjork and Kanye West had a child, and that can possibly be me.

Have you listened to Yeezus? It’s great.

No, I try not to listen to things when everyone else does because I don’t want it to impact how I personally feel about it. I wait a while and listen to a song and then if I think it’s good I buy the whole album.

So what was the last album you bought?

808s and Heartbreaks stood out for me, especially acknowledging that Kanye spoke so with so much honesty with that album. When you are distributed within the "hip-hop" community, you definitely respect an album like that coming from an artist who revolutionized hip-hop to back to the poetic place it was born out of. That album was pure poetry and hip-hop. It was built out of over-emotional commitments that people got confused whether it was to be called hip-hop. I like how Kanye challenged himself to have the world challenge their taste on what music can be. So to me it was worth buying it, collecting it, and now sitting on my shelf next to other albums I believe deserves to be bought and not just a cheap download. 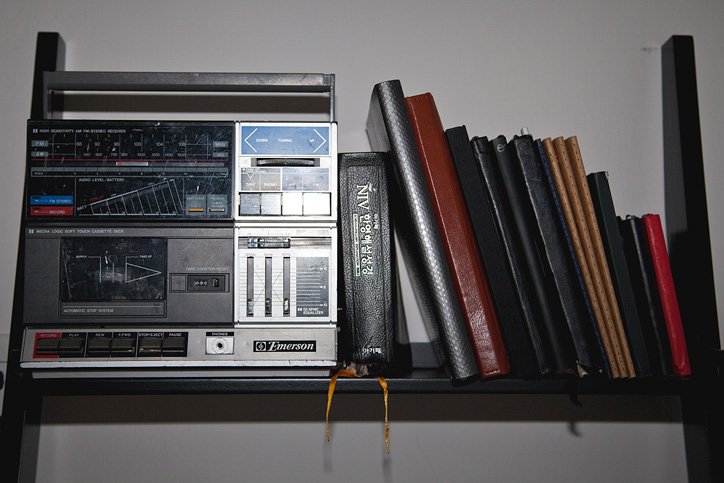 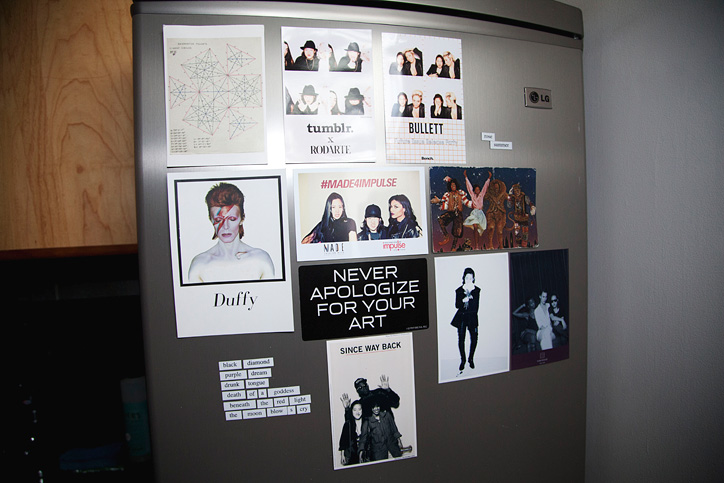 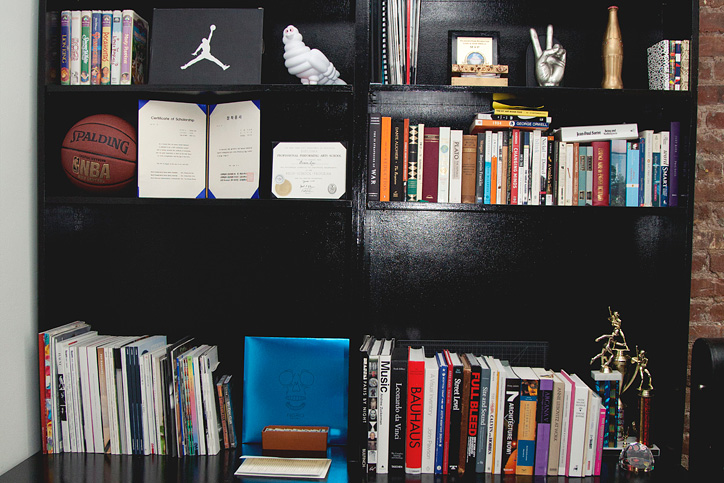 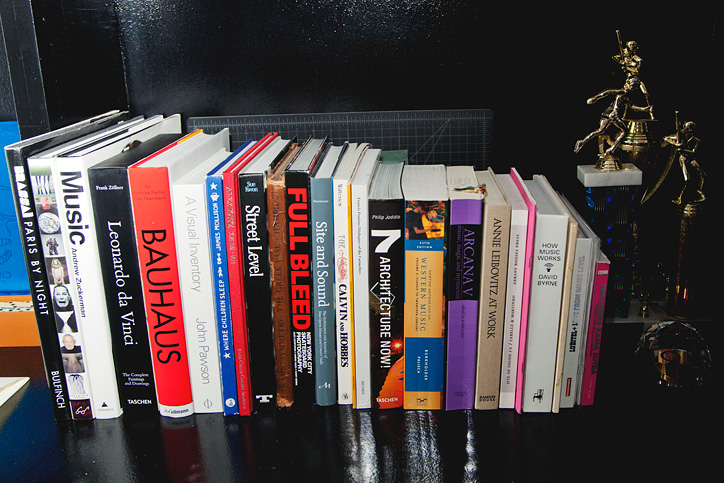 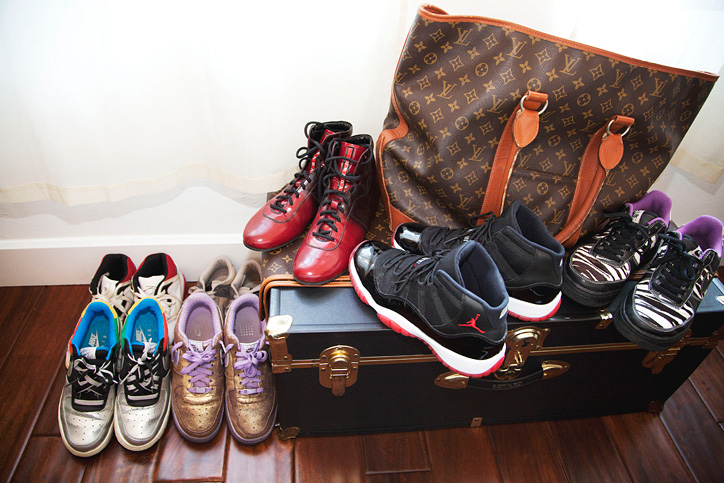 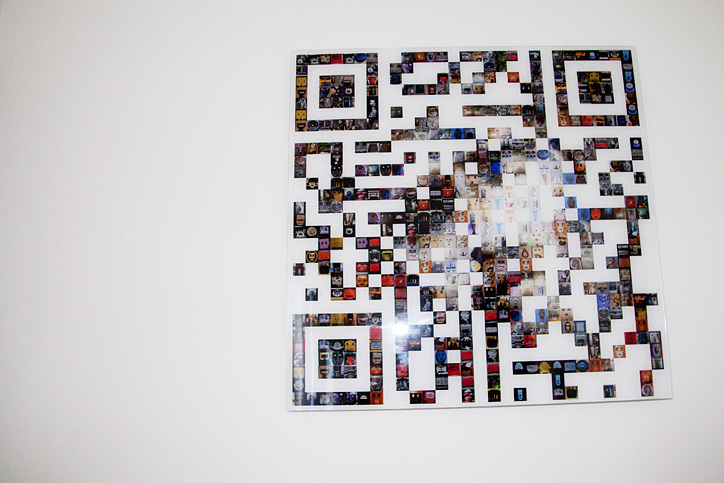 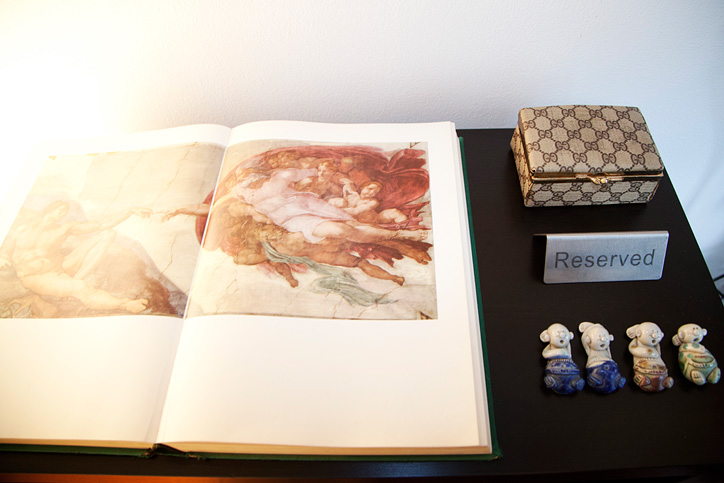 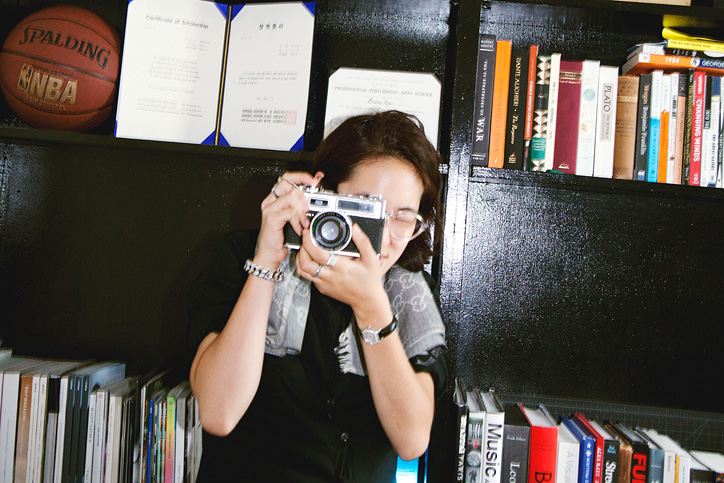