Evripidis And His Tragedies 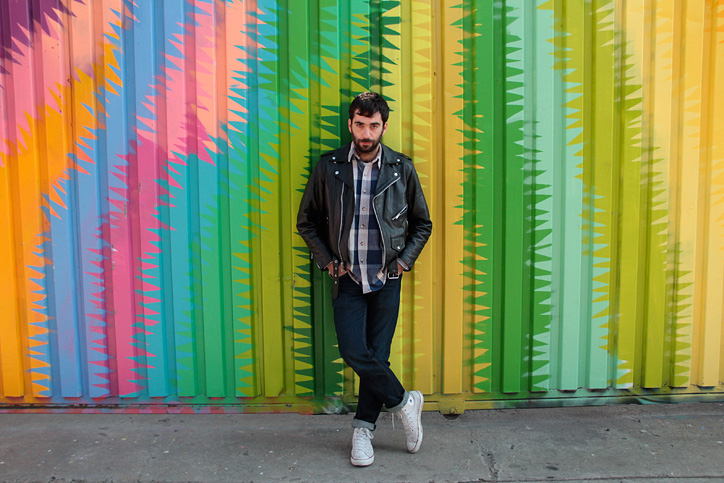 Well-known in the Barcelona scene, a few of us have had the opportunity of enjoying many of Evripidis and his Tragedies stunning direct shows. He is now presenting his latest EP …and it was good while it lasted baby! The Athenian composer has forged an exquisite musical career in Europe, always surrounded by fantastic musicians contributing to his band who, like so many of us, feel attracted by his positive and energetic spirit.

Enrolled in an intimate adventure tour in the U.S, we were received by Evripidis in Bushwick one of the most up and coming areas in Brooklyn, NYC. Feeling relaxed under the last warm rays of the autumn sun, affected by the recent death of Lou Reed and warming our hearts with coffee and honey, we chatted about his newest journey and

When and how did the idea of an American tour come up?

I always wanted to play in NYC. It is one of the most important cities for music and my two favorite bands of all times are from here; The Velvet Underground and The Magnetic Fields. It took me a long time to figure out how could I make it happen since I don't have an agent, and I don't live here. Plus, I am a slow burner and have to think everything over a hundred times before I dare to even try and do it, but I found my way through networks of acquaintances and friends. I believe that my music, and especially my lyrics - a combination of romanticism, cynicism, tragedy and comedy – are tongue-in-cheek and can have an appeal to the public here.

What’s your relationship with LD Beghtol and when did your creative complicity start?

I met LD Beghtol some years ago, when he arranged for me to play my first show in NYC. He is the honey-tinted voice behind The Magnetic Fields all time classics such as All my little words and My sentimental melody from the legendary 69 Love Songs. He is the soul of the truly remarkable groups LD & the new Criticism (who published one of my favorite records ever, Tragic Realism), Flare and Moth Wranglers. I am obviously a big fan of his multi-instrumentalist music and his witty, sweet and sour lyrics, but through correspondence, drinks, longs chats and some fights as well, we have also been growing a friendship through the years. Our creator's complicity lies in the common ground of love for classic pop music and theatrical storytelling. Last week I played in a concert curated by him, alongside 3 other gay fronted-indie-pop ensembles: CA-THE-DRALS, Dudley & Damian (Dudley Klute also participated in 69 Love Songs, singing, among others, my personal favorite The luckiest guy on the lower east side.) and LD & Co, LD's new adventure in Power Pop. It was a night to remember, for sure.

The fact that your songs are in the same language as the official language in this country must influence the public response.

Totally. Unless I forget some lyrics and mumble like an idiot (sometimes it happens as there are too many lyrics to memorize) the public responds to them in a wholly different way than in other places I have played in. The words speak straight to their hearts. This is what I’ve most enjoyed about playing here; seeing the audience cracking smiles or putting on sad faces, depending on the line I have just sung.

Currently your last EP does not have distribution in the U.S., but we can find some singles at your next concerts?

I am always carrying some records with me. My last EP “…and it was good while it lasted baby” is here with me in NYC!

What is it that inspires you the most about NYC?

It is overwhelming to walk around a place whose cultural references are innumerable and that’s been featured in the works of so many artists I admire. Truth be told, everyone knows that today's NYC is a far cry from what it used to be. Gentrification, insane rent prizes, super strict security policies and an inundation of wealthy people somehow has made this city a place less inspiring than it might have been a few decades ago and has made life difficult for aspiring artists. But a lot of its energy is still there, that same energy and that possibility that something miraculous might happen anytime and change your life forever. I guess it’s what has always driven millions of people to cluster to The Big Apple like moths around the flame. What I also find very inspiring is the fact that the city makes you stay active. There is no room for idle hands here.

What is that small corner where Evripidis finds his reasons to want to stay here and why?

There are a few. One is my friend Daniel's place in Brooklyn, where I am staying. I have my own small but neat room. There is Blackie Onassis, a huge black tomcat, wandering in the flat, and when my friend returns from work we watch television, put records on the turntable and chat for hours, until I literally collapse and crawl myself to bed. There is also my Greek friend Nicholas's flat, where we shoot photos, film videos, talk in Greek, eat delicious homemade food, drink wine, smoke and watch trashy vintage programs from our homeland. Or Brooke's flat, where we play on her piano and watch reality shows on Netflix. Or Matthew's flat, where we sing Nico and Marianne Faithfull songs and eat the spiciest food imaginable while going through interior design magazines. In a huge, fast, competitive and unforgiving city like New York, it is very important to find your little a pockets of humanity and stick to them, because while NYC may be wonderful, she´s also a heartless bitch.

When and where can we enjoy your always elegant and funny Shows?

I have a show at The Gershwin Hotel (Manhattan) on the 4th of November, alongside the local folk-pop duet Aaron n'Brooke and on the 5th of November I play at Metropolitan Bar (Brooklyn). 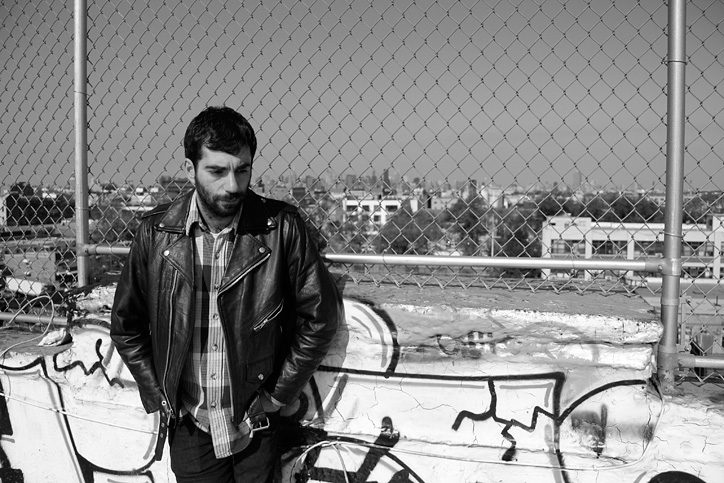