Time For Her To Fly 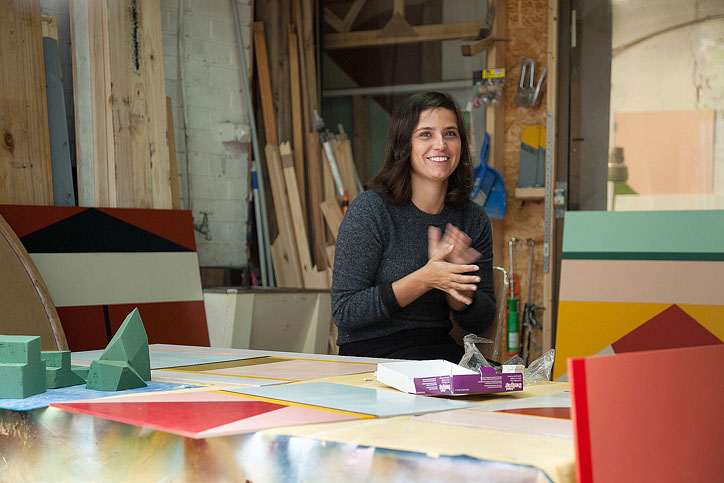 Esther Stewart, (Melbourne, 1988) submerges us in a deep dialogue between substance and form, providing a new perception in the reality of an object. Esther's intuitive sense of colour and dominance of abstract and geometric shapes play in the interaction between work and space, which she considers the most challenging. She has explored several disciplines such as painting, sculpture, floor, work/wall… which are conceived and implemented by examining the relationship between single objects and the parts that make it a whole, “I make my work in series, so I basically think of each series like an installation”, says Stewart.

Esther showed us her true colours, so vivid and delightful, letting the conversation flow freely along art, inspiration and Dolly Parton (yes! also about the legendary Dolly Parton). The young artist, ​honored with a never-ending list of awards, completed a Bachelor of Fine Arts at VCA in 2010, majoring in Sculpture and Spatial Practice. She was included in Fresh 2010 at Craft Victoria – an award exhibition that explored the best in new contemporary craft and design. She’s exhibited in various group shows at artist run venues, and completed her Master of Arts and Cultural Management at The University of Melbourne.

Esther is currently exhibiting her creations in Barcelona at Victor Lope Gallery, and also at Roslyn Oxley in Sidney. Her coming projects include a solo exhibition “Endless, That’s the Problem” which is opening on the 5th of July at Utopian Slumps in Melbourne, as she explained to us, “this new series of work uses traditional decorative marble painting techniques to investigate themes of traditional sculpture, domestication and DIY. I am also developing a work that will become a large scale mural in Melbourne at the end of the year which
​I​ ​´m really excited about”.

Esther, two years ago, you showcased a public installation in Melbourne as part of the project New Babylon, which consisted on reinvigorating public spaces by interrupting their current uses, and by engaging with problematic or ignored locations. What did this challenge mean to you?

I really enjoyed being part of New Babylon. My project, Fold Out​​ was the first public project that I had done. It was a really steep learning curve for me. It was an interesting challenge and I really enjoyed engaging with a site that was not traditionally used for displaying art. It is something I would like to revisit in my practice.

Colour and geometry motifs are very transformative, as the space acquires a completel​y different​ dimension, touching an energetic riff on the expressive. Would you like to transform an emblematic area in any other city?

I don’t really have a specific place or location in mind that I would like to add to or transform. The most important thing for me is working in a challenging place. I´m interested in projects that offer something new to my practice.

We can appreciate an intense sense of balance in your compositions, when it comes to direct visual impacts which transmit a vivid sensation of staunch minimalism. How does this interaction with viewers occur?

It´s hard for me to say the kind of reaction or experience people will have when they see my works. There are references of strong tradition of minimalism, at the same time I explore themes of domestication, interior architecture and architecture, map making DIY and utopian worlds. I´m happy if people are able to engage with my works on any level they like.

Your work remains halfway between art and functionality. Is commerciality the main enemy of creativity?

I´m really interested in the line between art and functionality. I see my work as propositional rather than functional. I´m interested in presenting ideas and studies, rather than functional objects. I think it´s always going to be difficult to keep my works in the context where they maintain that halfway point. It´s something I´m still learning how to manage within my practice. I´m an artist and I see the role of an artist completely different to the role of a designer. Commerciality therefore does not dictate my practice.

This interest in the optical effect of shapes, lines and block colours create a construction on abstract basis. In your creative​ ​process, how does the component of inspiration and technique work?

My works are always made in series. I think about them as a collective of works exploring similar ideas and techniques. I make them in series because I enjoy the way each work references the other. Each series is based on a theme that is normally developed from an idea that I have started exploring in the series before. I think of each series like a stepping-stone. Currently my paintings are developed in two very different ways. They are either planned from the beginning: I use a ruler and mark the entire work out, or I start with a shape and build the rest of the work around that shape. For me both modes of making are really important. Planned works inform unplanned works and the unplanned works benefit greatly from freedom to become anything.

The title of your creations are also very suggestive like "Don't let trouble make up your mind" and "Time for me to fly". Do they express your mood of that moment of creation? Or are they​ just creative licenses…

When titling my works I always try to add something new by referencing what the works are exploring or something I´m currently interested in. Don't let trouble make up your mind and Time for me to fly are two titles that came from a series that was titled after listening to Dolly Parton´s. Her song titles enabled me to bring an element of sentimentality and warmth to my works. I used her titles because I liked the mood they set for the works.

Now that you´ve introduced the element of music, in his book "Concerning the spiritual in art"​, Kndinsky puts forward his​ ​ provocative thoughts on colour theory and the nature of art, highlight​ing​ the concept of Chromatic Music in the scales of composition. In your creations, which kind of music would it be?

I guess it would be something that is familiar, calm and narrative based. I really love country music, mostly because of the stories told. I like the way very detailed stories are hidden in often very simply forms. When I´m working, I normally listen to podcasts that are narrative or theme based, I am currently listening to this American Life, The New Yorker Out Loud and Bad at Sports.

Your last solo exhibition "​Geometric Colour, Craft Victoria​“, ​was a great success. How do you feel when people not only admire your art but also buy it?

It is a great feeling when people engage with my works. 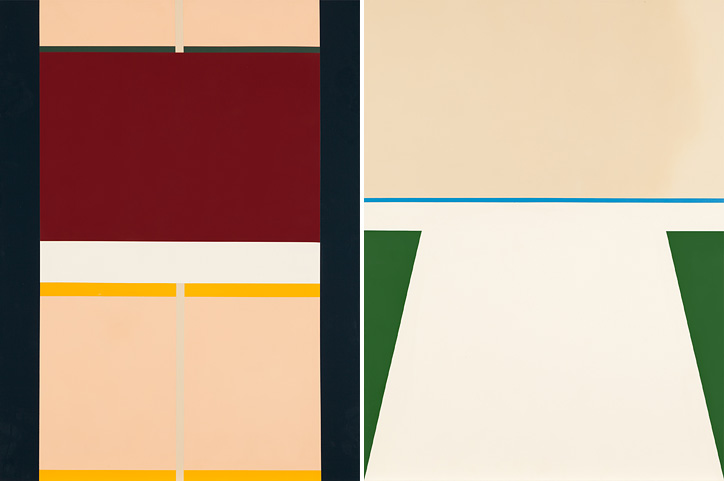 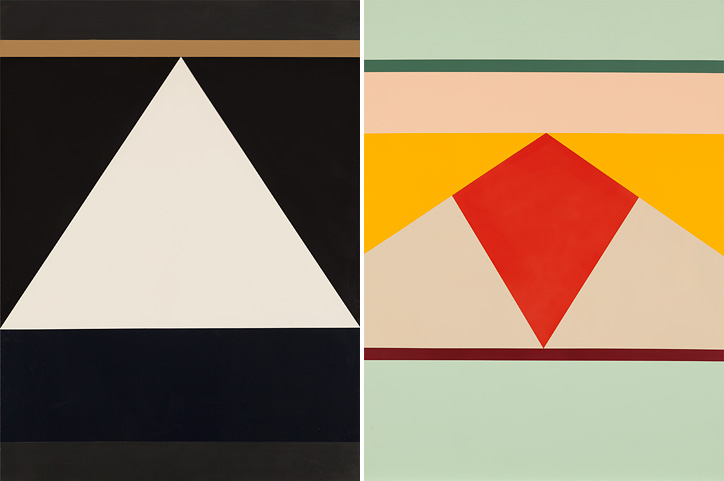 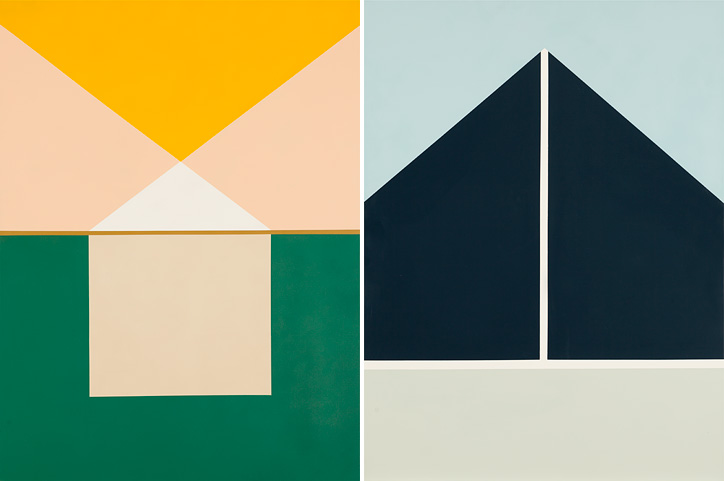 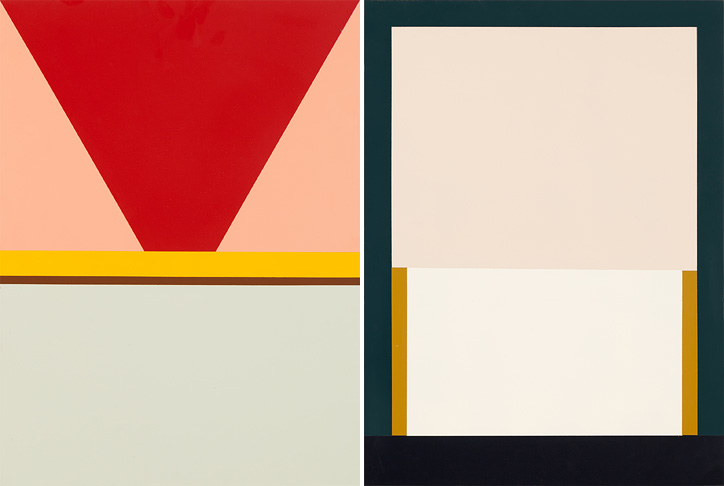 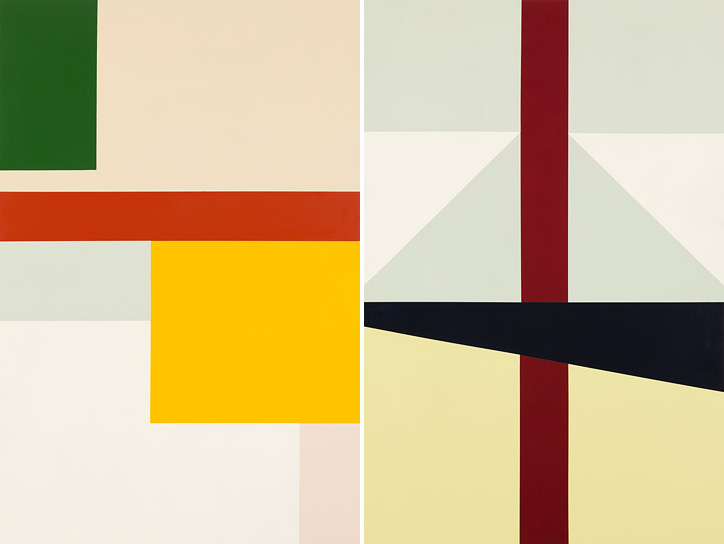 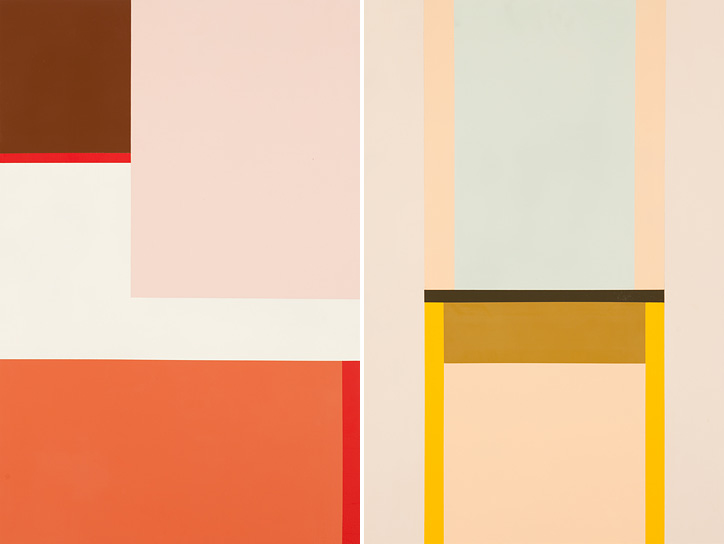 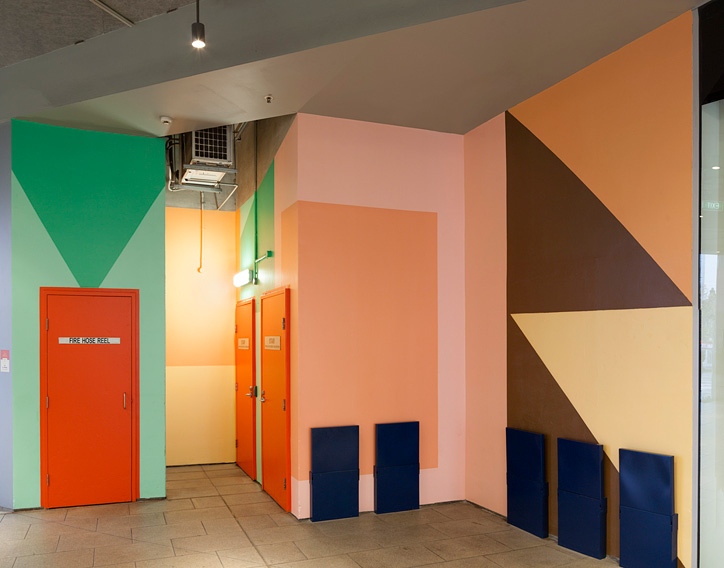 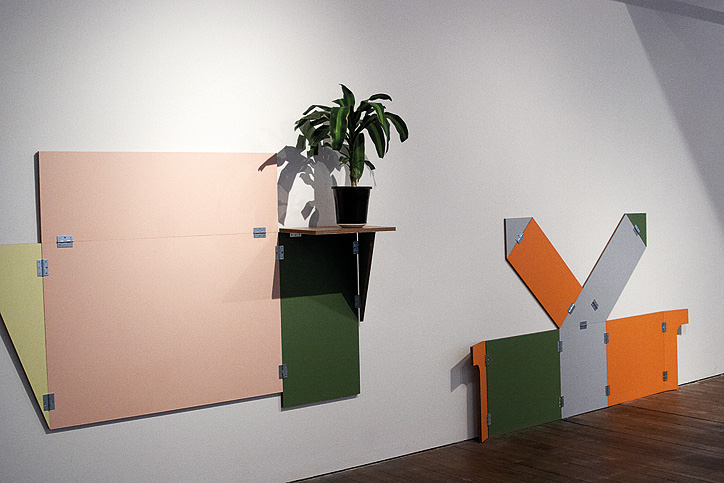 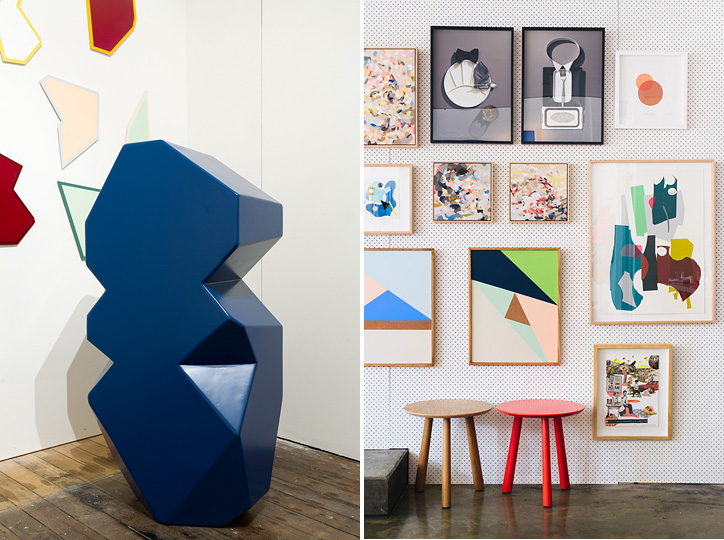