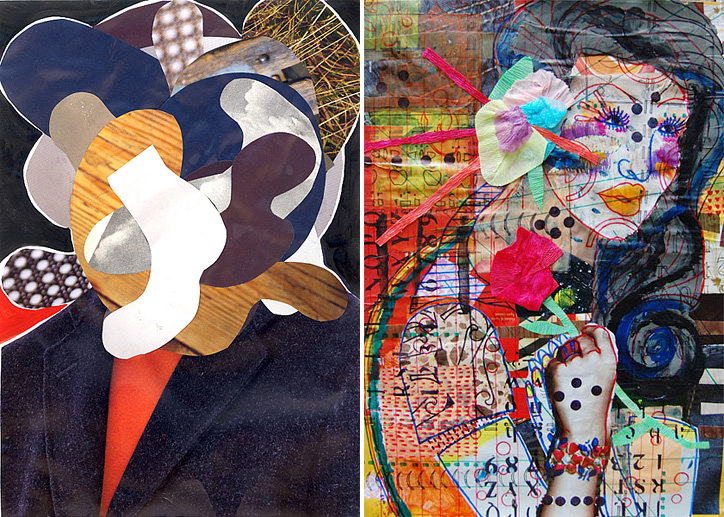 In the fashion saturated media world it is often refreshing to find artistry that communicates a private message rather than promoting the interests of commercial brands. The vernacular of using familiar imagery in a transformative process with the purpose of communicating a unique idea is one that is always intriguing. Often iconography with a classical or religious reference have been used in this way, but since then contemporary fashion has become the prevalent bearer of consumerist communication and propaganda, and with it represents aspirations in popular culture in an extremely powerful way; not entirely different from their historically counterparts.

The conditioning that developed as a result has created a forum from which sentiments and commentaries can be created with an overwhelmingly successful narrative, one which at once re-issues the artists perspective and simultaneously becomes legible to the audience in this particularly familiar context. The language that develops from such manipulations allows the viewer to not only engage with the work but to re-evaluate published fashion imagery and it's message in modern media.

The claustrophobic collages of italian artist Claudio Parentela may initially appear as a simple extension of fashion-art-illustration but in reality it's closer to a virtual dissection of this contemporary iconography in the media landscape. His exhaustive body of work succeeds in provoking a reflection on notions of the conventional portrayals of modern aspirations. The density of some works doesn't allow your eye to focus on one element only but rather invites the viewer to an adventurously colorful journey where the imagery bursts forth with an urgency, echoing the frantic energy of the artist and resulting in the equivalent of a visual vibration. Like liberated natives from a graffitied jungle peering from behind the neon foliage, faces and bodies shape themselves in the restless layered compositions that jump to the fore and back as recognizable imagery meets in foreign conjecture.

Reminiscent of the earlier ideas from the Surrealist Movement, is the almost intuitively automatic way in which his works develop and also how Parentela' abstractions bends the context of familiar media. His inevitable exposure to the classic models of Italy and Greece has greatly influenced the compositions of his work and project the stylistically anatomical similarities that has prevailed throughout the centuries. This similarity highlights his work's powerful message; the unchanging ways in which we perceive ourselves and the accompanying conditioning we undergo in establishing a formula for beauty. From more painterly works to heavy collages, his works feature mostly women, often in dramatized classic poses with a perceivable underlying allusion to an abstracted modern madonna while others simply subverts conventional imagery in a peculiar humor that threatens to massacre conventional ideals of perfection. This prevalent and obsessive quality is conveyed in his manipulations of the eyes; like in a mirror, the metaphoric accentuation of eyes in his work highlights the need to see and be seen. The word attention-seeking springs to mind although the artist refuses to become sensationalist or sentimental. What is curiously evident from our interview, is Claudio's own clarity of vision and conviction which makes it such a valuable addition to the cross-over contemporary visual arts scene. His conjecture of foreign but familiar is a refreshing departure from artistic traditionalism and his candid confidence was clearly apparent from our interview.

Your work shows a prolific spontaneity; do you develop the works with a pre-conceived idea or impulsively?

Both, my mind and my heart are so mysterious, art is an immense continue intriguing shamanic trip.

Again not, in my family yes, there are many diabetics, some my artworks surely are very diabetic. My blog is the most diabetic blog in the world!

Your subject matter appears to be mainly portraits of women, why?

I don't know in reality I draw women and big eyes since I was a child, naturally I've always drawn very strange women, skinny, hallucinated, disturbing; with the time they've become strange hybrid beings constantly changing. I think that soon they will go in another galaxy far away, they are tired of the Earth.

Do you live and work in the same space?

Yes, I'm extremely jealous of my home and of my studio.

Which publications are you mostly fond of referencing for your collages?

Your work seems to have some commentary on fashion politics and consumerism, what is your feeling about commercialism in art and individualism?

I am very individualist and anarchic in everything I do. About commercialism and individualism in art? The life goes so all we go, so what can I say about.? I believe there is always a balance in the universe, even when it is difficult to understand and see.

Would you buy your own work? Which other artist's work would you buy?

Oh,naturally because my artworks are fantastic, wonderful, extremely creative, unique. I love all the artists of this wonderful and terrible world. But just now I'm in totally love with the work of Walter Van Beirendonck, I feel my crazy colored madness very close to his works.

Are you a self taught artist or have you had art instruction? 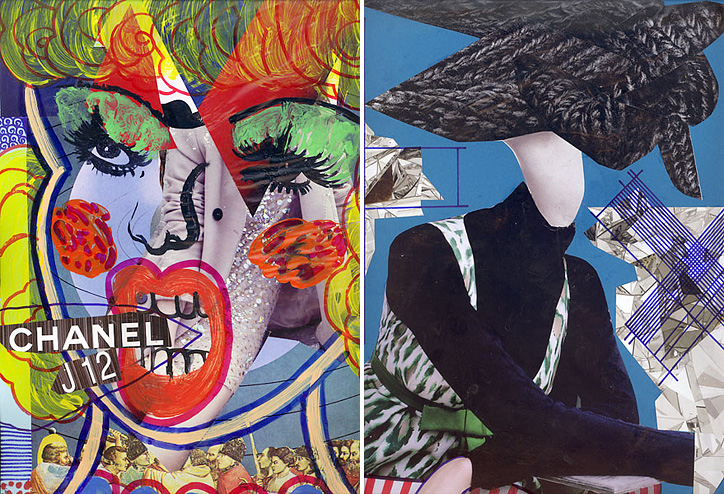 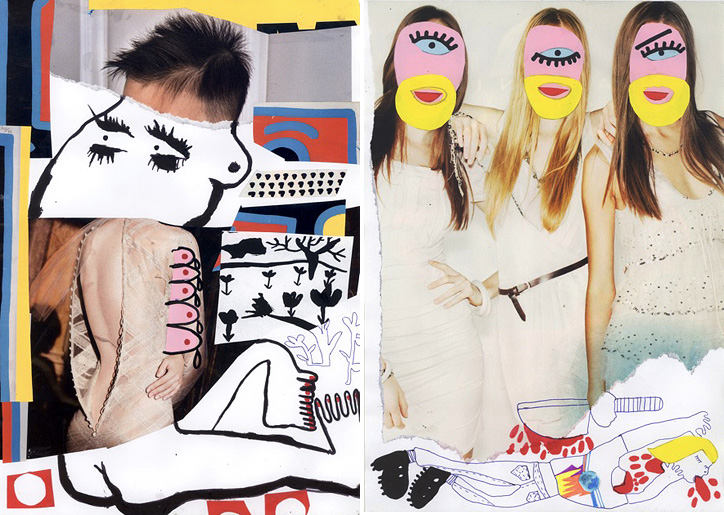