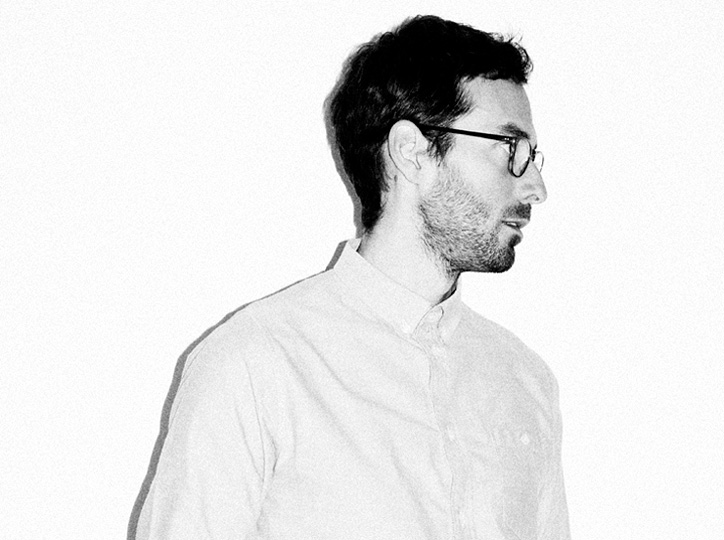 Photographer Cédric Viollet is poised and elegant in his blue wool sweater and an open smile, as we meet for coffee on a drizzly autumn Friday in Paris. Years ago, when I first met him in London, he was scruffy and mysterious, perched on a fixed-gear bike – all wide eyes and a mess of hair stuffed under a beanie hat. Today, Cédric boasts a client list bound to raise a few hard-to-impress eyebrows: from Jalouse to Vanity Fair; Louis Vuitton and L’Oreal, to Kenzo and Dries Van Noten; quiet, unassuming Cédric is a man with capable, versatile hands.

He’s shot pop stars (MIA), it girls (Alex Dellal), pro-skaters (Steve Olson, Jerry Hsu) and war photographers (Stanley Greene) but prefers to talk about mountains and movies. This may account for the nature of his early personal work; cinematic and brooding, like Josef Koudelka on wheels. Those early shots, taken on an old Nikon SLR have led him on a decade-long hunt to capture ‘the perfect moment’.

How long have you been taking pictures for? How did it happen?

I’ve been taking pictures for ten years. I was a skateboarder. At the beginning I took pictures of my friends and after a year a French magazine hired me to shoot for big skate companies. It just happened like that… I bought a camera ten years ago and after six months I had my first page in a skate magazine. I also really liked painting, I did Art and History of Art at university but that was no good for me. I got pretty bad marks. So I quit and I had to find something else. My friend Jean-Charles helped me to buy a second hand camera and I picked up a Nikon F. 50mm, very plastic, very cheap, haha! I haven’t been able to put it down since. Today I travel a lot but I share a studio here in Paris. All my personal work and some editorial stuff is shot on film but commercial work is pretty much all digital.

Do you still skate?

Tell me about the skate scene in London and Paris.

When I was in London I lived in the East End but I used to skate all over. The city was a big inspiration for me, both the skaters and the creative scene. Skaters Danny Brady and Lucien Clarke both have a strong identity, very raw, very smart. For me, they have that same particularity as the UK photographers I admire: Tom Wood, Alasdair McLellan, Corrine Day or Nick Knight. South Bank is important. It’s like London’s Bercy, a very local spot. It’s indoor and it rains so much there so it’s the best place to meet people and have fun. In Paris you have several spots; Palais de Tokyo, Bercy, Le Bastille… I heard this big energy drinks company wanted to invest in [Southbank]. They don’t really care about it, or the spirit of the people who do these sports, guys who ski or mountain-bike or skateboard or whatever. They just care about promoting the brand, they want it everywhere. I heard about good companies too though, who pay insurance for their riders. You need that. I broke my arm like three times [Cédric shows me a sprawling scar across his forearm]. It’s not like gymnastics, you break your ankle and that’s that.

What kind of things do you like photographing for you personal work?

It’s more about landscape. I really like doing climbing or walking in the middle of nowhere. I go to the countryside, to the mountains. It depends… I really like the Pyrénées and the Belgian coast in winter. Some people find it depressing but I love having nothing to do. I sit and think, and then I take pictures. When I work with a model I like unpredictable moments, something a little awkward and not too perfect. Sometimes I try to make the model uncomfortable, I don’t say anything and I wait for the best moment she can give me. I need a “lâcher prise” [release] from her. I really like this process when you don’t know what people have to give you. You can’t force that. For me, it doesn’t take long. I don’t want to take three hours over one image. I think it’s because I used to be a skateboard photographer, you just wait for that right moment, click. Whether it’s film or digital, I’m just waiting.

Is there anywhere on anything you would like to capture in the future?

I want to go to Peru, I don’t know why. Alaska too, I really want to shoot something there. Last month I was in Switzerland. We were on a glacier, altitude 2000m, it was crazy! Deep weather; rain, snow. Sometimes it’s hard but I love it when the light changes, it pushes you, you find something special. I want more of that. I feel good when everything around me is chaos [laughing]!

How do your commercial projects work?

In French you say “Bouche à Oreile” [word of mouth]: big support from my friends. At the beginning of 2011, Simon Cahn was very helpful and Sara Nataf too; they brought me into fashion. Simon was the photo editor at Jalouse magazine, so I did my first fourteen pages for a fashion magazine. For Sonia Rykiel, I collaborated with the stylist Camille Bidault. That was really rewarding. I could do what I liked within limits but the more commercial you go – like L’Oreal or CANAL+ the more you have to hear what the client wants. Then when you look through the lens you have to bring what you like and what the client wants together. It’s always a balance.

Are you into fashion when you’re not shooting?

Yeah, I like fashion. I like sweaters and shirts and trousers [laughing]. No, seriously, I care about how people do their own style. I was in Milan for a skateboarding tour and I got the opportunity to go to the shows for fashion week. That was cool.

What did London do for you?

After 8 years shooting skaters, I needed new projects. I choose to leave everything in France behind me. I knew I wanted to make pictures but I wasn’t sure how to yet. It was hard but London was very inspiring. Step by step, I met artists and photographers and they got me into fashion photography. I had a girlfriend there. Her sister was a model so I took some pictures of her. She liked them and then her agency liked them so I ended up doing test shoots for them. It was like, the same as skateboarding, it just happened. But I worked hard, it was a challenge too… I wasn’t very comfortable with that way of working, there’s no interaction with these faces and it’s very fast. So after six months I quit testing and I had like twenty pictures in my book. I got a couple of gigs doing lookbooks for small companies and some magazine portraits and it went from there.

Where do you think you’ll end up?

I never thought about it, I don’t know. Still living and working in Paris in a nice apartment, maybe with a house on the Atlantic coast with my family (I like Paris but I do need to escape to see some wild stuff). Still doing pictures, even painting again and surfing… quiet life!

Do you care about an online audience?

Everybody spends hours on the web so; yeah, having work online is essential. But for me the best thing is printed picture in magazines. I don’t care to have pictures online, it doesn’t matter to me. I was very technical and precise when I was doing skate photography…you have to be very ‘in it’. But I also don’t read trade magazines, I don’t follow that stuff. There are times when I like some photographers who experiment with new tech, like Nick Knight. I heard about his new obsession with iPhone editorials. I think he’s crazy but I don’t think he’s stupid, he’s always been a pioneer. I’m not against it; it’s just not my style. I want everything to be very crisp and sharp and I love grain. [However, Cédric does have a very nice blog, website and instagram. Encourage him with a like and a follow at http://instagram.com/cedricviollet and http://cedricviollet.tumblr.com ]

Can you name three films whose lighting inspires you?

Would you ever consider a move into cinematography?

Not even fashion films?

No. I’m into instances, moments, rather than the whole story. Well… I mean… You never say no. I love movies but when I look through the lens I’m more into the “click!”, not the “ssssshh..”.

Two big projects, one for a FLAIR in Paris then another editorial in New York. Ten days of shooting booked in December and then phew, holidays! 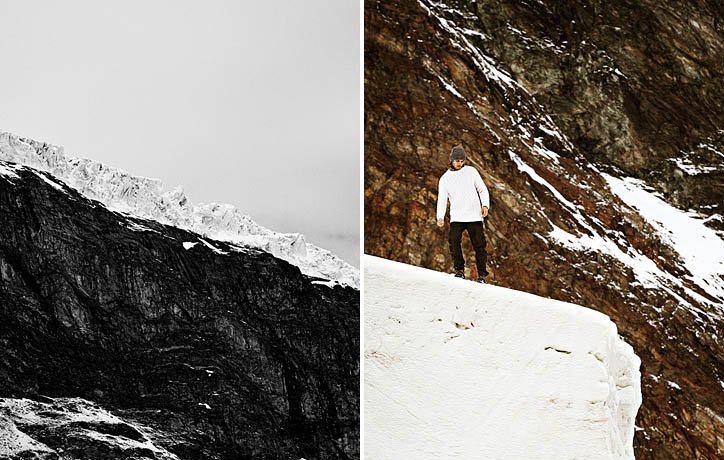 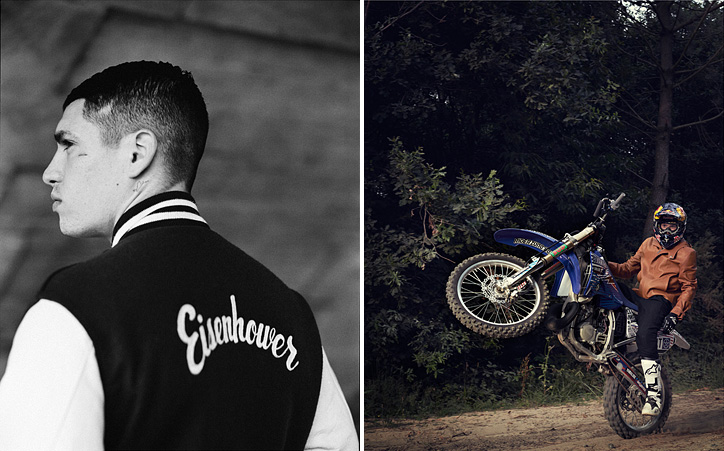 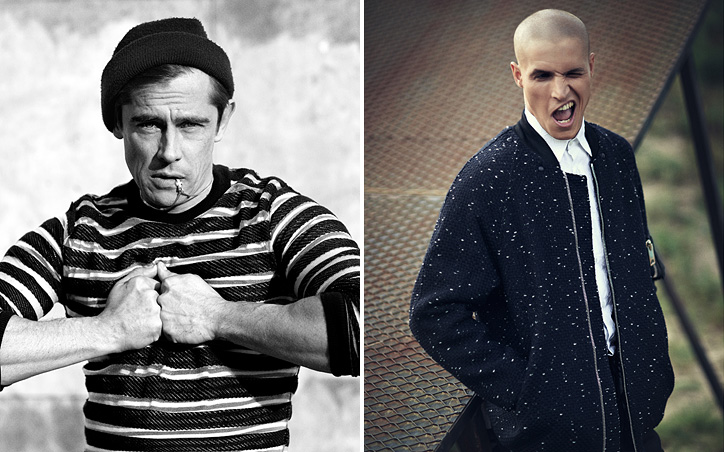 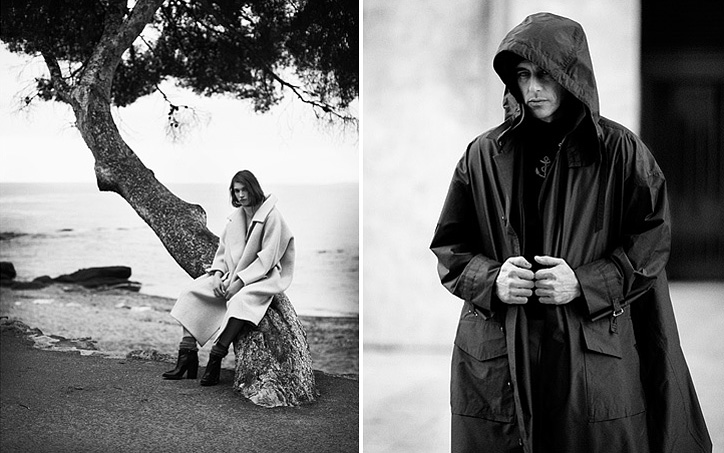 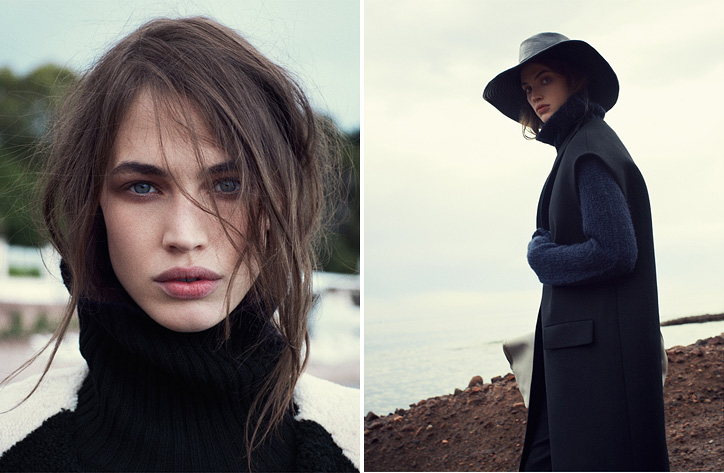 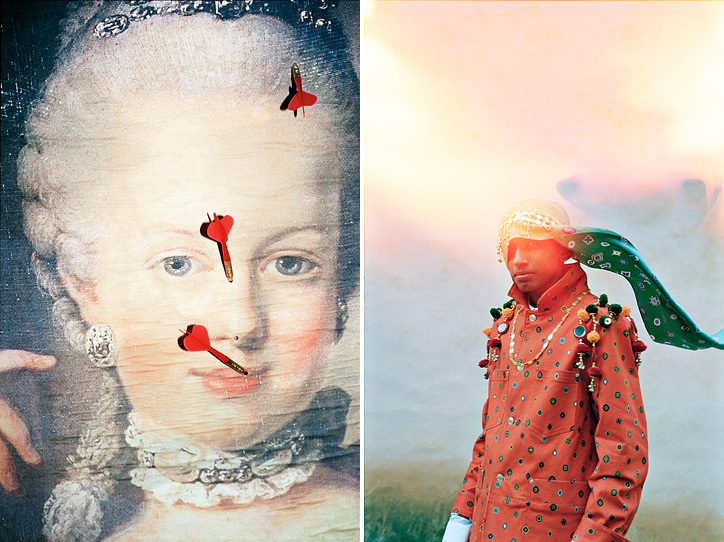 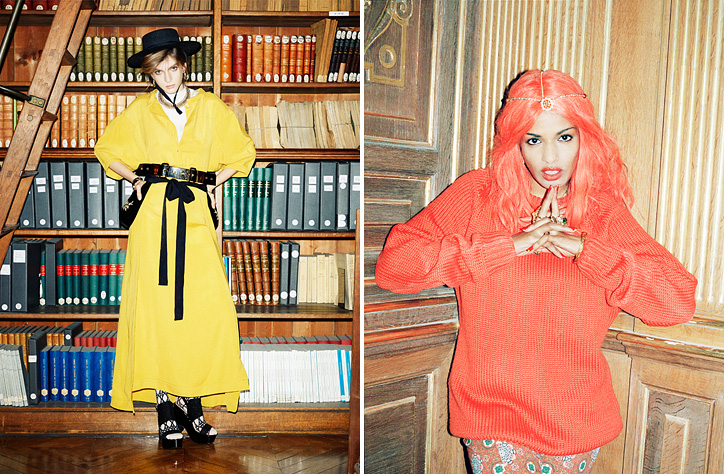 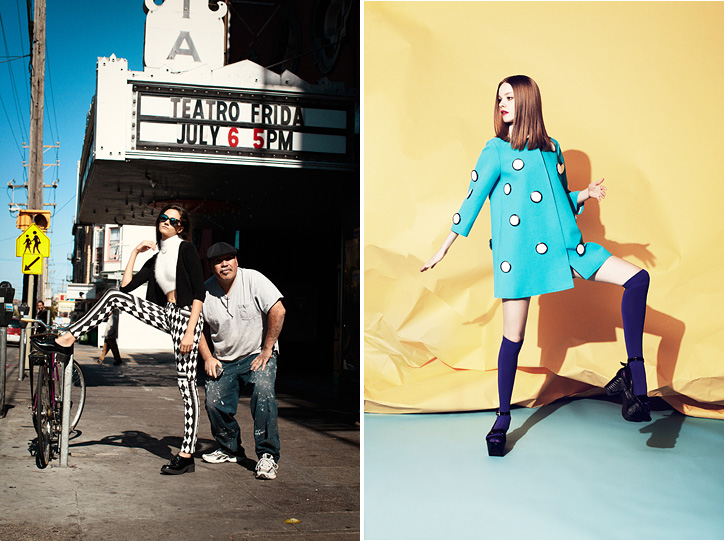