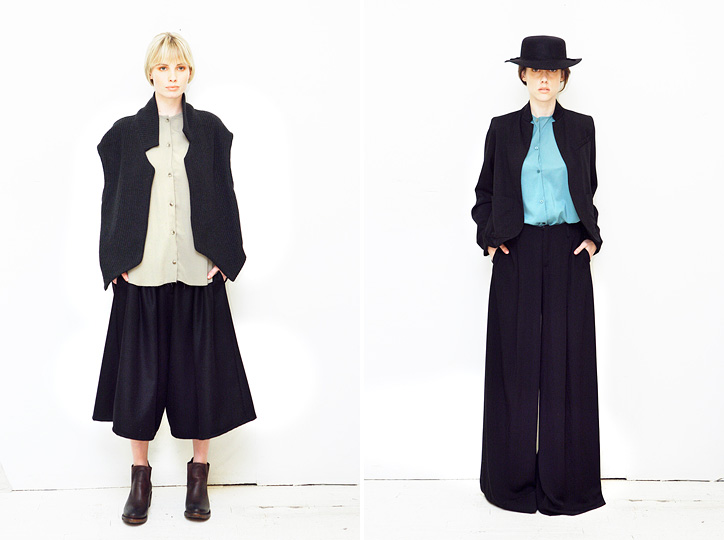 Nine looks, three copper amulets, four different hair accoutrements, unfinished closures on the sample garments, and not enough hands: this was the predicament Greg Armas and Claire Lampert, the designers behind Assembly New York, faced on the morning of their first presentation for their women’s collection Fall/Winter 2012 last past February on the Lower East Side in New York.

The couple—friends – not lovers –collaborated with two hatmakers (Rawumber of Japan and Milan-based Federica Moretti), a metalsmith (AESA), a leather goods manufacturer (Anve) and a specialist in wooden hair bun boxes (Arielle De Pinto). The Alpaca knits, masculine tweeds, tunic-style dresses, and avian-looking pendant necklaces were supposed to communicate the designers’ penchant for the American Southwest and headwear, as well as their own biophilic tendencies.

Far outside the fashion industry’s highfalutin axes of influence – Milk Studios, Chelsea Piers, Bryant Park - during those ten days in February, the show was held at the Assembly store at 170 Ludlow St. in a whitewashed venue filled with curios and hordes of people. Just one floor below, a lively family comprised of interns, sample-makers, volunteers, and the designers themselves scrambled to amend last-minute technical slip-ups, while twiggy women in simple braids braced themselves to disperse the crowd. Greg, hesitant about the lack of space, recalls the few minutes leading up to show time: “Once the music started, everybody crowded in and we didn’t even have room for the models, so they had to part the crowd like the Red Sea”!

It’s easy to discern at least a physiographical connection between Claire and Greg. Both cite suburban youth experiences in Minnesota and Oregon, respectively, which has shaped their attraction to the vertiginous buildings of New York. Claire has dark blonde hair, soft features, and large eyes. Greg has short brown hair, a scruffy face, and sharper features. When I asked them to describe their ideal hat—the brim, material, and fit—each responded “perfectly broken-in baseball cap”.

It’s easy to see how they can act as a single organism. Claire loves math; tinkering with, evaluating, and solving quantitative problems lends itself to the technical side of garment production, she says. Greg’s father is a carpenter who exposed him to drafting, model-making, and structural physics. And Claire’s family members have run the gamut of designers – from architects and furniture designers to builders and Japanese horticulture enthusiasts.

Just hours before their show was to begin in February, a good chunk of the samples had to be mended in-house. The addition of the women’s line this season means production will soon re-locate elsewhere. But it seems the motley crew of contributors to Assembly New York is emblematic of a new wave of multi-faceted stores that emphasize a very personal – almost salon – experience. The question, now, a few days before of their new show at the next New York FW is whether or not their strange (but elegant and wearable) womenswear collection can extend its reach beyond its own territory on the LES. We talk with them to know more about their project.

Which experiences – social or academic – shaped your predilection for clothes? I'm interested to hear about your scholastic background: any subjects that were particularly frustrating or stimulating?

Greg Armas: I've always been a hillbilly snob. My high school class had 40 kids... everyone's family was farming, or cutting down trees. Clothing and style was a way out of that for me at the time. Because I was surrounded by nature, I was really curious about cities and refinement. I was smart enough to fake most of school academically, but I loved the everyday social interaction. My peers became a captive audience.
Claire Lampert: I love math. It lends itself nicely to the technical side of garment-making.

Have you seen “Holy Mountain” by Alejandro Jodorowsky? Or “Days of heaven” by Terrence Malick? I'm reminded of both after looking at the FW12 Women's collection. Name a couple of your favorite flicks.

Greg Armas: I am the worst with film; moving pictures are usually too distracting for me, so I tend to watch documentaries more. The tweed from this season was in reference to Captain Beefheart's attire in his later career. I love the feminine portrayal in Jules et Jim by François Truffaut – menswear made gentle.
Claire Lampert: “El Topo!”

Did your parents impart any useful skills – sewing, building, or drafting – to you as a child?

Greg Armas: Absolutely. My father is a carpenter and I was exposed early on to architecture, blueprints and physics – skills that now help me on patterns and compositions. Mom was always making sure I got a bit of culture, taking me to taiko drumming exhibitions and local artisan craft fairs.
Claire Lampert: I guess you could say my entire family played a part in developing my eye for design and my own aesthetic. I've got them to thank for being in tune with my own instinctual creativity. Most of them are/were creative professionals: Dad is an architect; mom was a photographer; my grandfather was a furniture designer; and my other grandfather was a builder, so I was surrounded by their influences from the beginning. They were all obsessed with different things. My grandfather religiously followed Frank Loyd Wright (he had every interview cut out and taped on his wall in his studio). My other grandfather was a Bonsai master/Japanese aesthetic enthusiast and I have him to thank for my early obsession with Japanese culture and the natural world. My parents were both painters and avid photographers. They taught me to paint the minute I could stand up. I even had my own easel at age two.

Would you rather your collection be inscrutable and strange or elegant and pretty?

Greg Armas: Elegant and strange for sure!
Claire Lampert: Strange and elegant. Fairly defined by who and how it's being worn. I'm interested in inscrutable, but only from a construction point of view.  I wouldn't ever want a collection to be impossible to understand in terms of wearability.

Describe the Assembly studio, its team members, and how work gets delegated among seamstresses, pattern makers, and dyers.

Greg Armas: It's a family and we have in-house production and sample making below the shop and work communally. Interns are a big part of our task force and we try to work with as many local vendors as possible.
Claire Lampert: With the addition of the women's line and production moving out of house, the process is currently redefining itself in a new and exciting way. Generally speaking, everyone is on board, smart and willing to get things done. A lot of passion for the work at hand and some great senses of humor... It's a happy place!

Is there a mutual interest in the American Southwest? Many people consider the hat to be a quintessential travel item. Describe your ideal brim, material, and fit.

Greg Armas: Big time. I prefer to wear many hats, but right now I am focused on perfect low-silhouette baseball caps, worn and broken down. Something you can roll up into your back pocket or slip on to cover the eyes and mask identity.
Claire Lampert: I love The Southwest and travel to AZ every spring for an awakening... Some highlights include visits to Taliesen West and Paolo Soleri. Hats-currently my ideal is an old, perfectly broken in, leather or natural canvas baseball hat. I also love the woven straw Soulland Fedora. 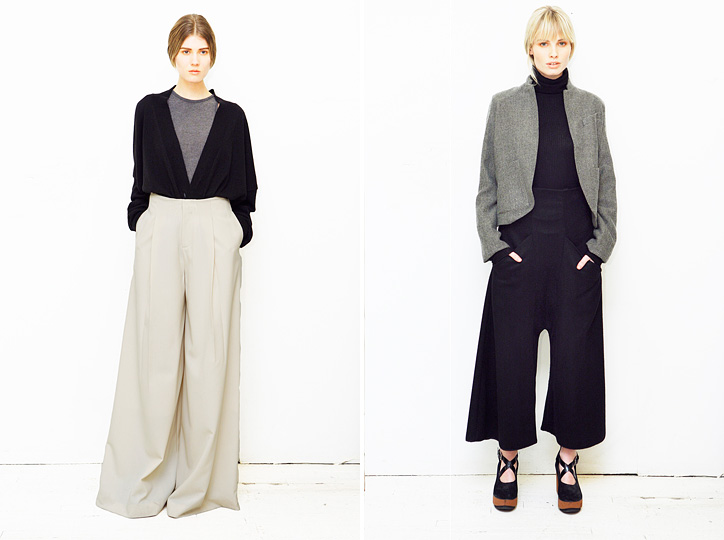 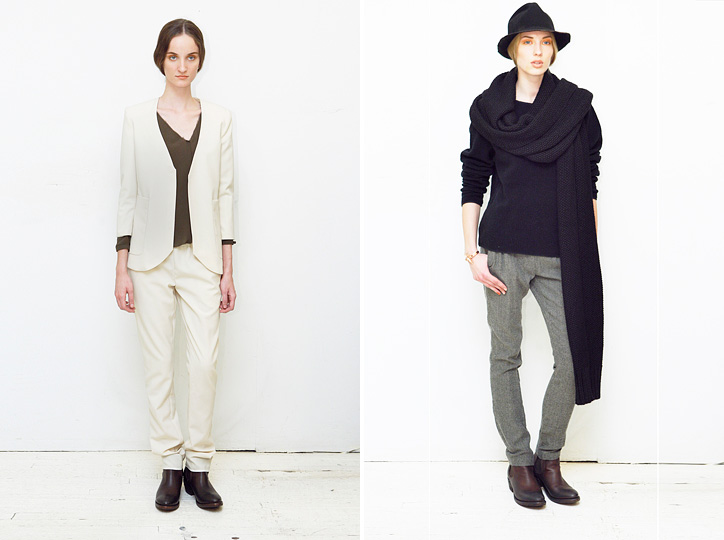 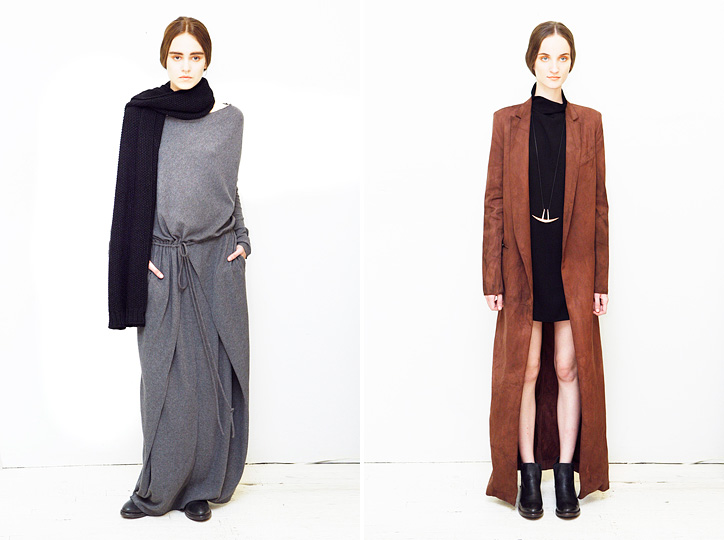 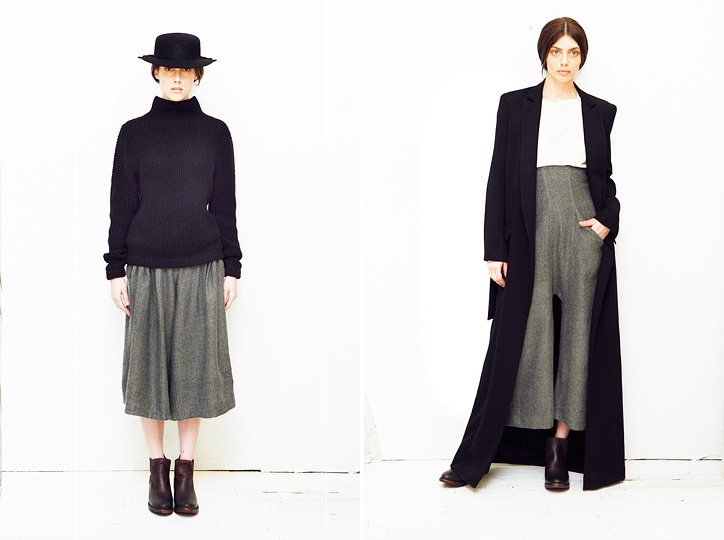