The Backstage Of Fashion 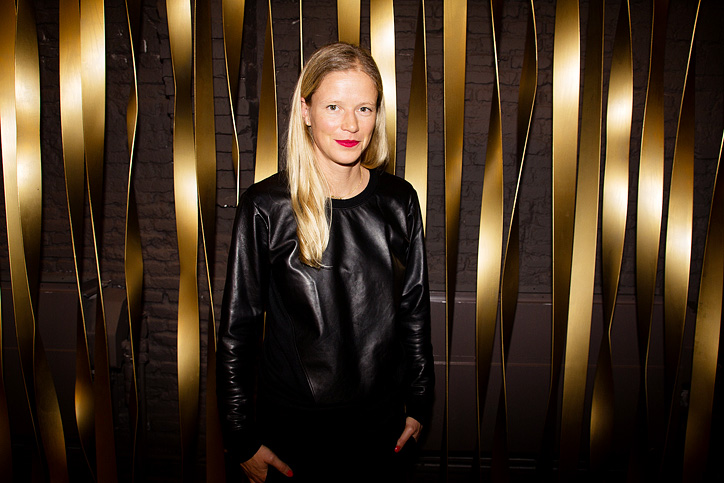 German photographer Anna Bauer spent five years – the equivalent to ten Fashion Week seasons – shooting the insights of Fashion Weeks worldwide. And, furthermore, she did it old-style, using a large format camera that required care and patience in order to take just one single picture in the most frenetic possible atmosphere. The result is "Backstage", hundreds of portraits in Polaroid format, not only of fashion's big personalities but also of all those who make it possible for every fashion show to happen. The exhibition can now be seen in Barcelona at the Loewe gallery and will go on until the 16th of March. On the occasion of its recent inauguration we got the chance to talk with the photographer to know all "Backstage"'s secrets.

The first question that comes to my mind is how did you come up with this idea of photographing the ins and outs of Fashion Weeks worldwide using a large format camera?

I was commissioned to photograph portraits backstage at London Fashion Week and I happened to be working a lot with a large format camera at that time. So a friend suggested I should use the camera, the editor loved it so we did that.

How old was the camera you were using at the time and what did people say when they saw you with it?

It was about four or five years old, they are still being made. People really liked the camera. Some said it reminded them of their childhood.

How did you manage to take photographs that require so much patience, care and love while being in such a frenetic environment as the backstage of a fashion show? Everyone looks so relaxed and laid-back in your portraits!

With lots of commitment and patience! They look calm because they have to concentrate on the process of making the photograph with me. And I think it shows, their mind is with the camera.

I read that you also used an analogical polaroid camera. Do you think these kind of analogical processes which admit very little manipulation, helped you capture the naturalness we can appreciate in your backstage portraits which we are not used to seeing that often in fashion pictures?

It's actually a large format camera in which I used a polaroid back. You can also shoot negative film with the camera. And yes, I think the camera helped but not the fact that it was polaroid's film. What helped is the process that is needed for this camera, and that the polaroid's film has its own quality and softness.

Gisele Bundchen, Anna Dello Russo, John Galliano, Karl Lagerfeld... There must be a lot of great stories behind the pictures!

Karl was great! I first took his picture at the Lagerfeld show and it was the only disaster that really happened during the whole project. There were about thirty other photographers around me taking advantage of him posing for me, so I had to yell at them to stop taking pictures and then my flash didn't work. Karl was so patient and said "just take another one", and another one... Until his PR people came and said "we need to start the show!!". I think the whole thing only lasted four minutes, but it felt endless, I must have burned about 200 calories in those four minutes. Later that week I went to the Chanel show and took the portrait in which he is in the show. Again, he was so nice, he said to a TV team, "I will take my picture now with this girl." Which sounded like I was 13 and doing a school project. Gisele's picture was at a Givenchy show and an absolute pleasure. She is such an amazing person, best energy, super professional and a delight.

How much people work, and not only for three days, they work a TON for four weeks in a row. And it's very physical work. People constantly have to move around, there is nothing steady about fashion week.

Kate Moss is smoking in the cover of the book published by Angelika Books. What is she like? And why did you choose her for the cover?

We chose her because Kate is Kate! She was very, very nice.

You have worked for brands such as Céline, Zara and Victoria Beckham. As a photographer, what does the world of fashion offer you which you wouldn't be able to find in any other field?

I'm not sure what it offers me exactly. It welcomed me for my project, which I really enjoyed. In what fashion in itself is different to other worlds is glamour I think. I have photographed a lot of other fields, and most of them lack glamour. And then there is this constant search for reinvention and beauty. So it is a field of very committed and ambitious people, there's a high concentration of great talent! And as a photographer – actually any profession – it's very nice to work with talented people. 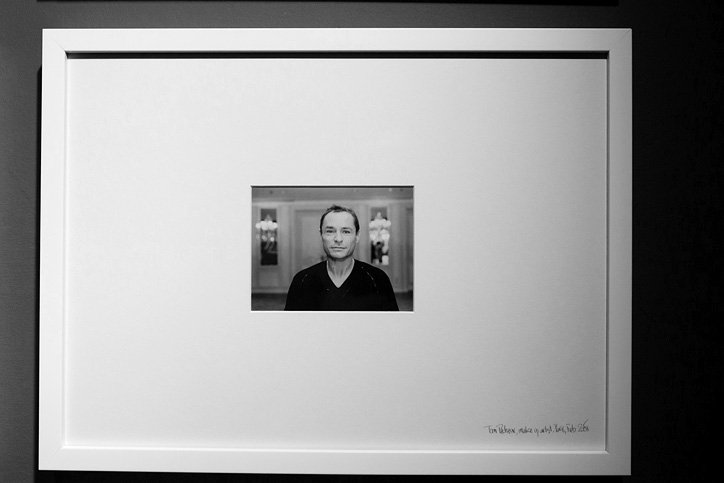 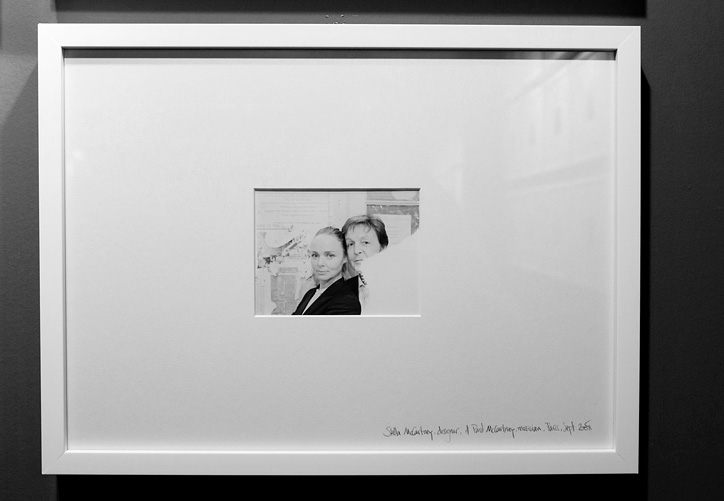 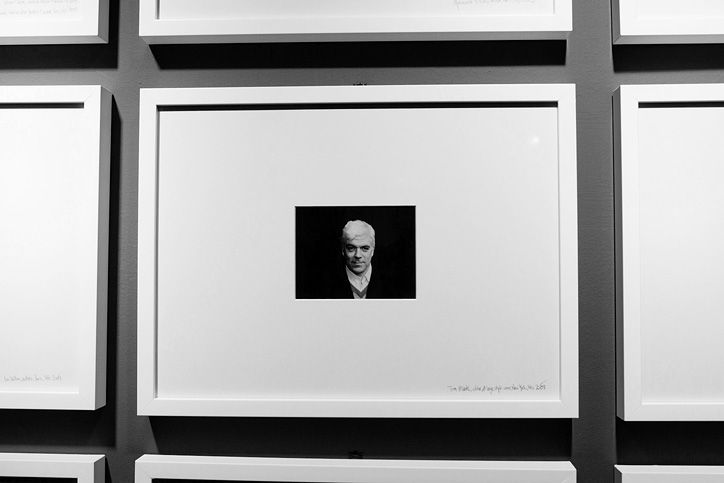 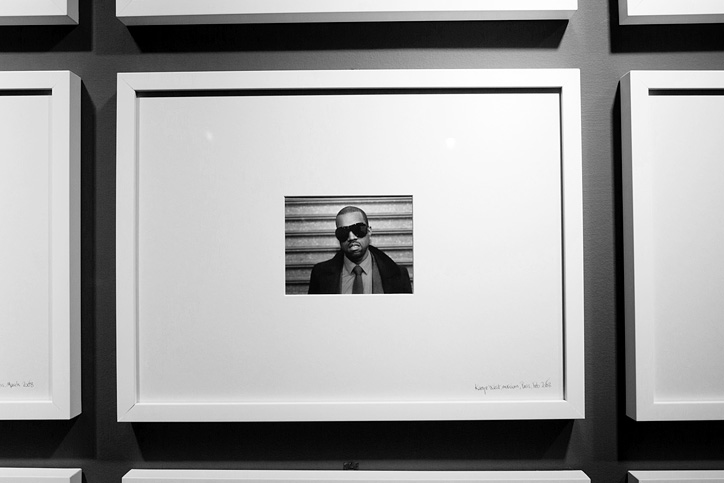 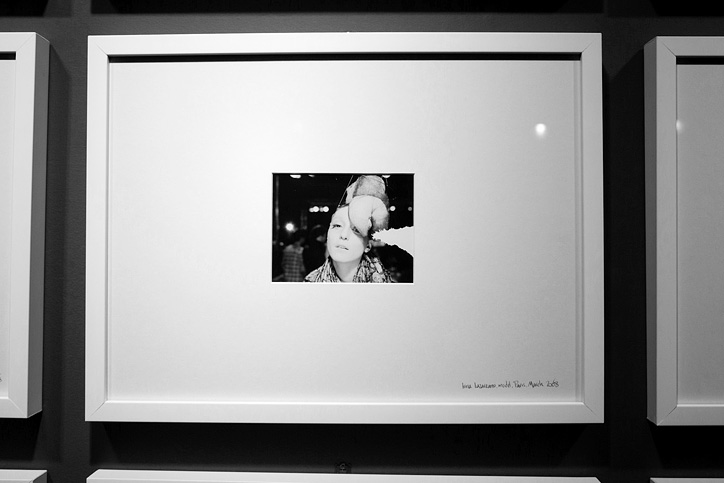 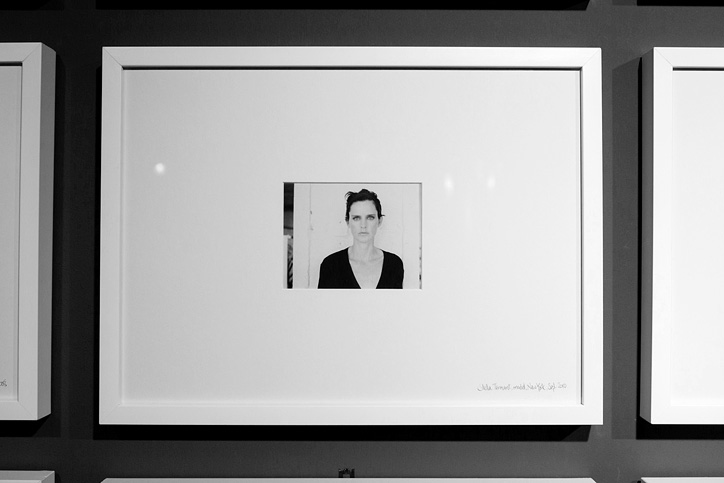 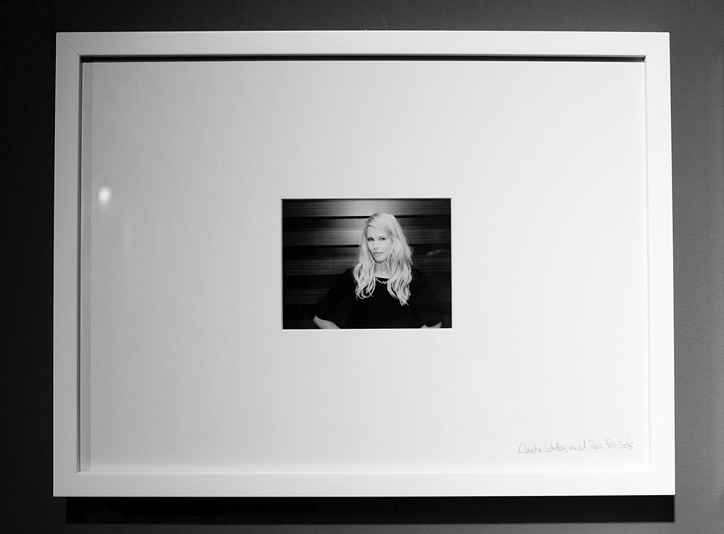 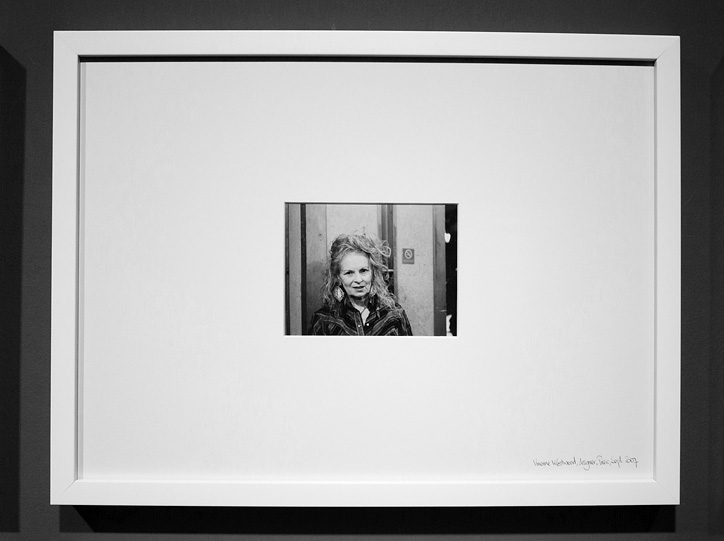 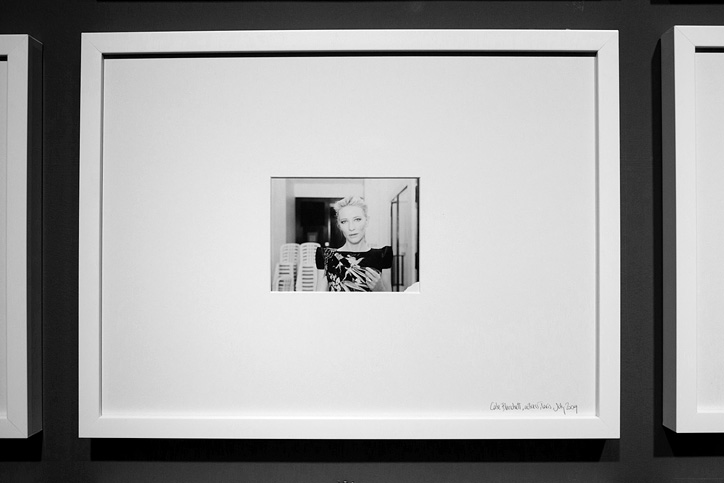 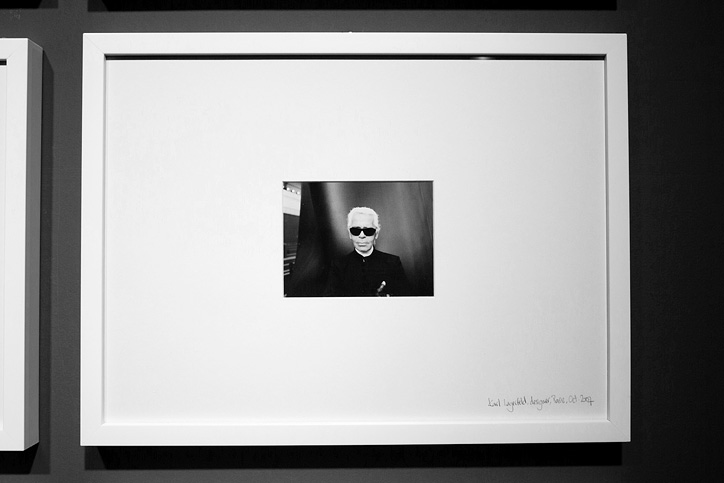 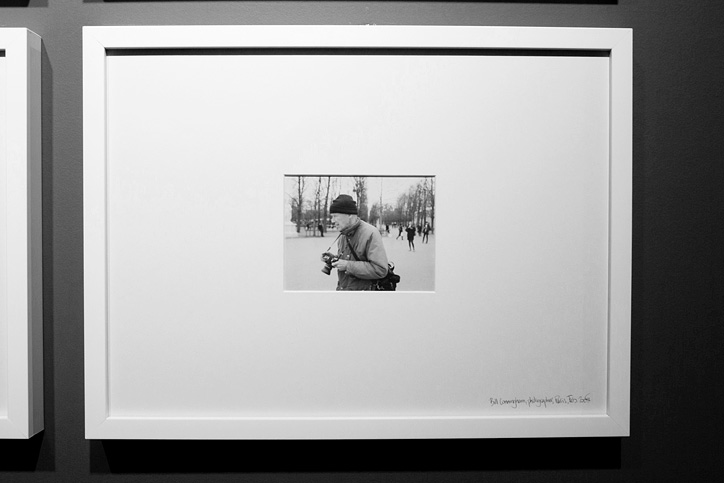 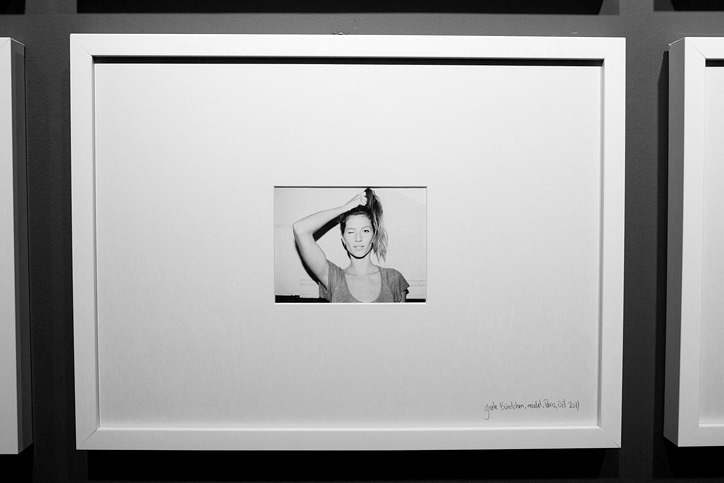 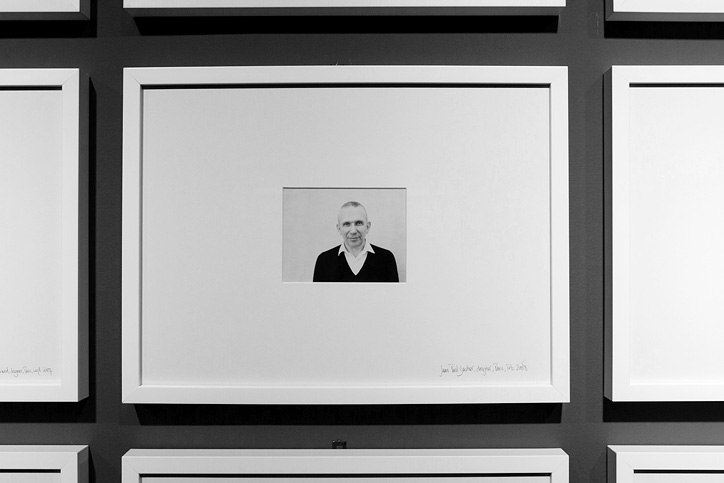 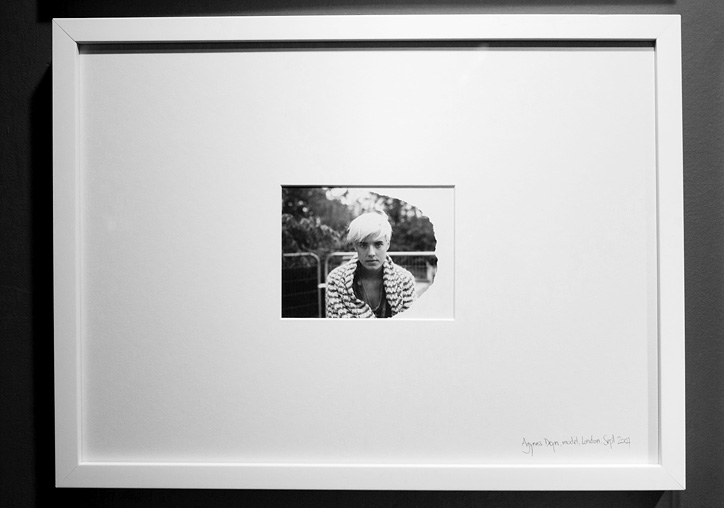 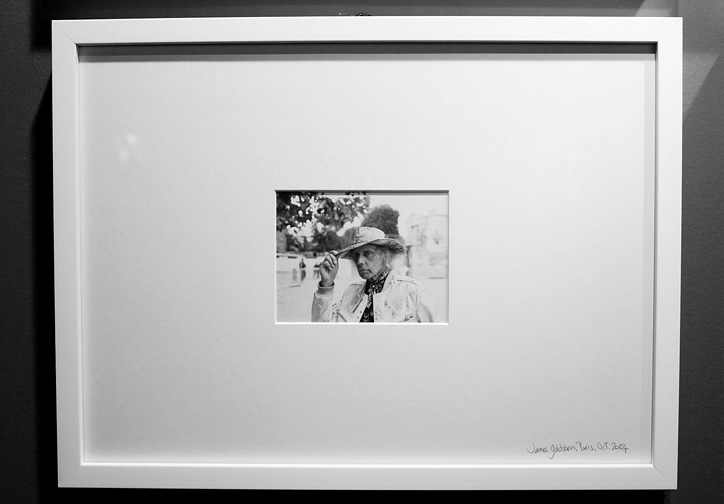