A match made in heaven

Getting excited by a collaboration between a celebrity and a brand is pretty hard nowadays, since it’s become the norm. But what if the partnership includes Tilda Swinton and Gentle Monster? Exactly, then the excitement rises above the clouds! The chameleonic, but always true-to-herself, actress has teamed up with the Korean eyewear brand to create a capsule collection as well as starring in the hauntingly mysterious campaign.
The partnership is materialized in three different models called NEWTONIC, TRICKOFLIGHT, and EYE EYE. “Her strong creative soul knew exactly what she had to do to make this collaboration as uniquely defining of her identity and Gentle Monster’s creative aesthetics. She knew exactly how she wanted her product to be made: design, size and colours”, states Taye Yun (Vice President of Gentle Monster USA) about Tilda. The result includes elements such as big shades, mirrored lenses, thin frames and a subtle range of colours.

The Korean eyewear brand is known for its focus on art, technology and high-end experimentation. Having partnered with several artists in their NYC flagship store, where they have turned the retail space into installations, it was only a matter of time before Gentle Monster ended up with someone like Tilda Swinton. As Yun says, “Tilda is a talented actress who has kept her creative integrity consistently throughout her career. Just like Gentle Monster, Tilda does not fear to experiment with the unknown and takes on diverse roles.” Something that becomes clear in the campaign video of the collaboration, where she’s playing two characters at the same time.

Erik Madigan Heck shot and directed the short film, called The End Game, which is inspired by Ingmar Bergman’s The Seventh Seal. The movie happens to be Tilda and Erik’s favourite one and it presents the battle within good and evil – “Gentle” and “Monster”, which is inside all of us. In the campaign video though, Erik and Tilda have made the idea their own and have adapted it by adding plot twists and changes, such as the two main characters being played by the same person or setting the final battle as a fencing duel instead of a chess game.
The collection will be available in Gentle Monster’s flagship stores, Net-a-Porter, Colette and other luxury retailers from the 1st of March 2017. 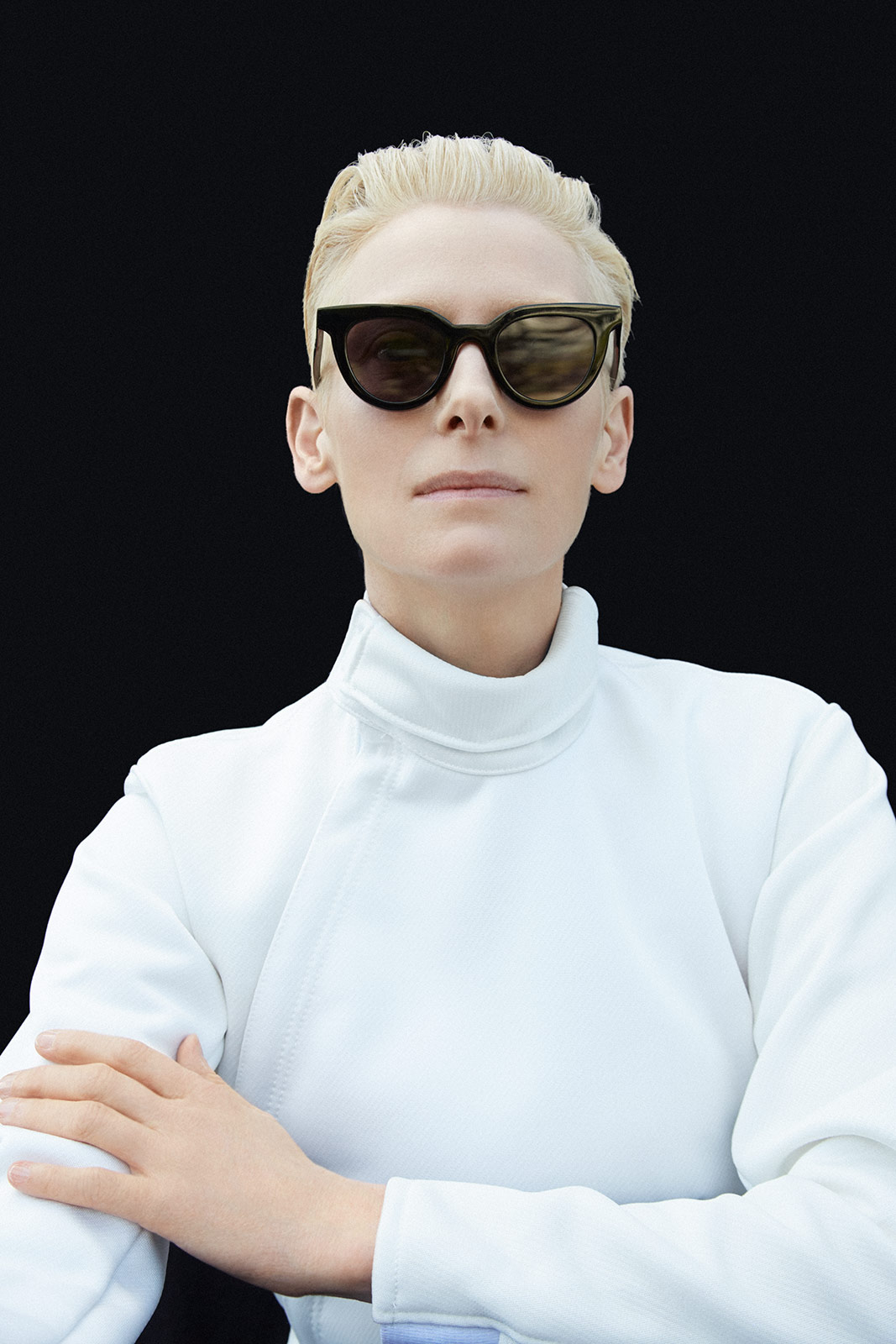 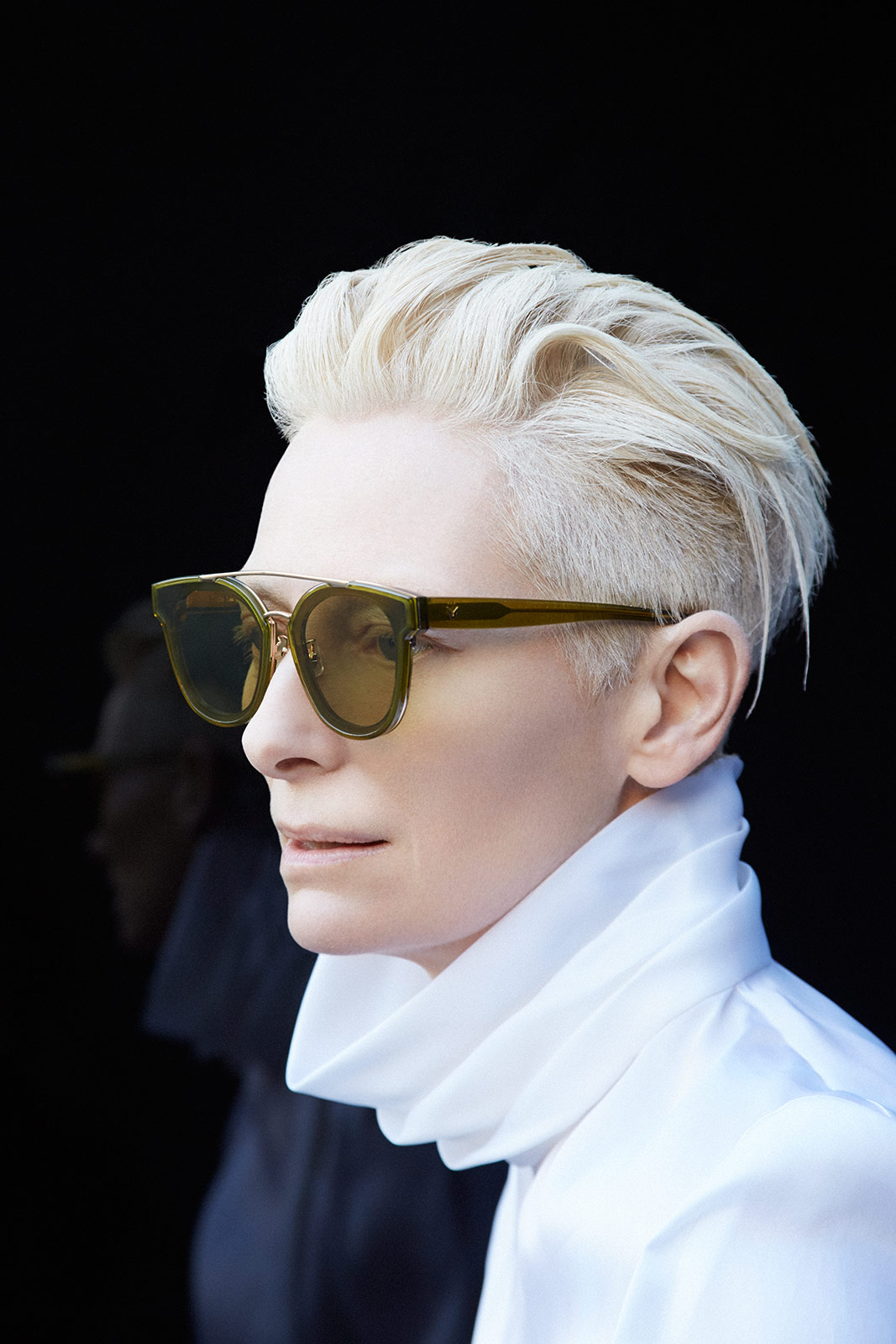 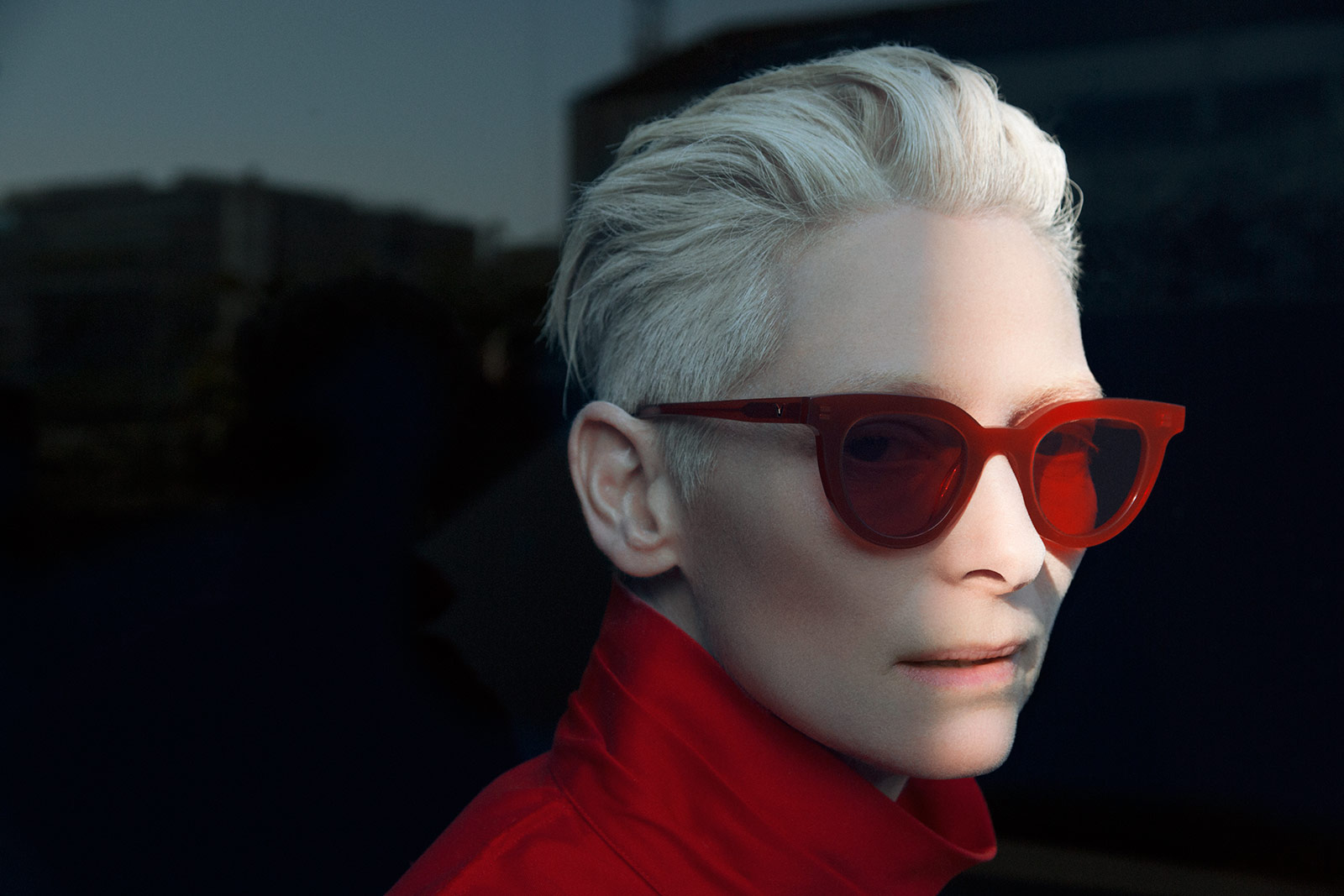 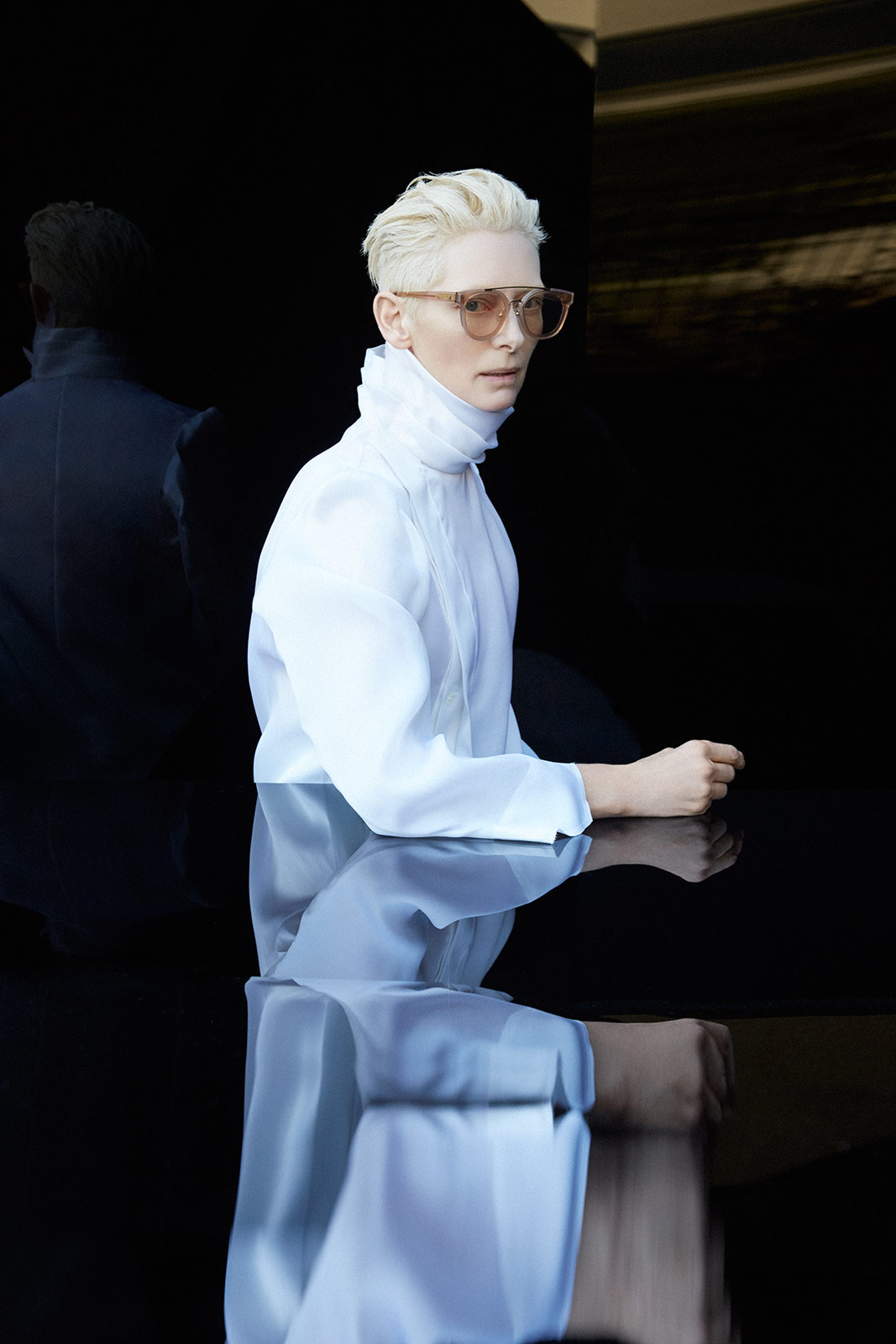 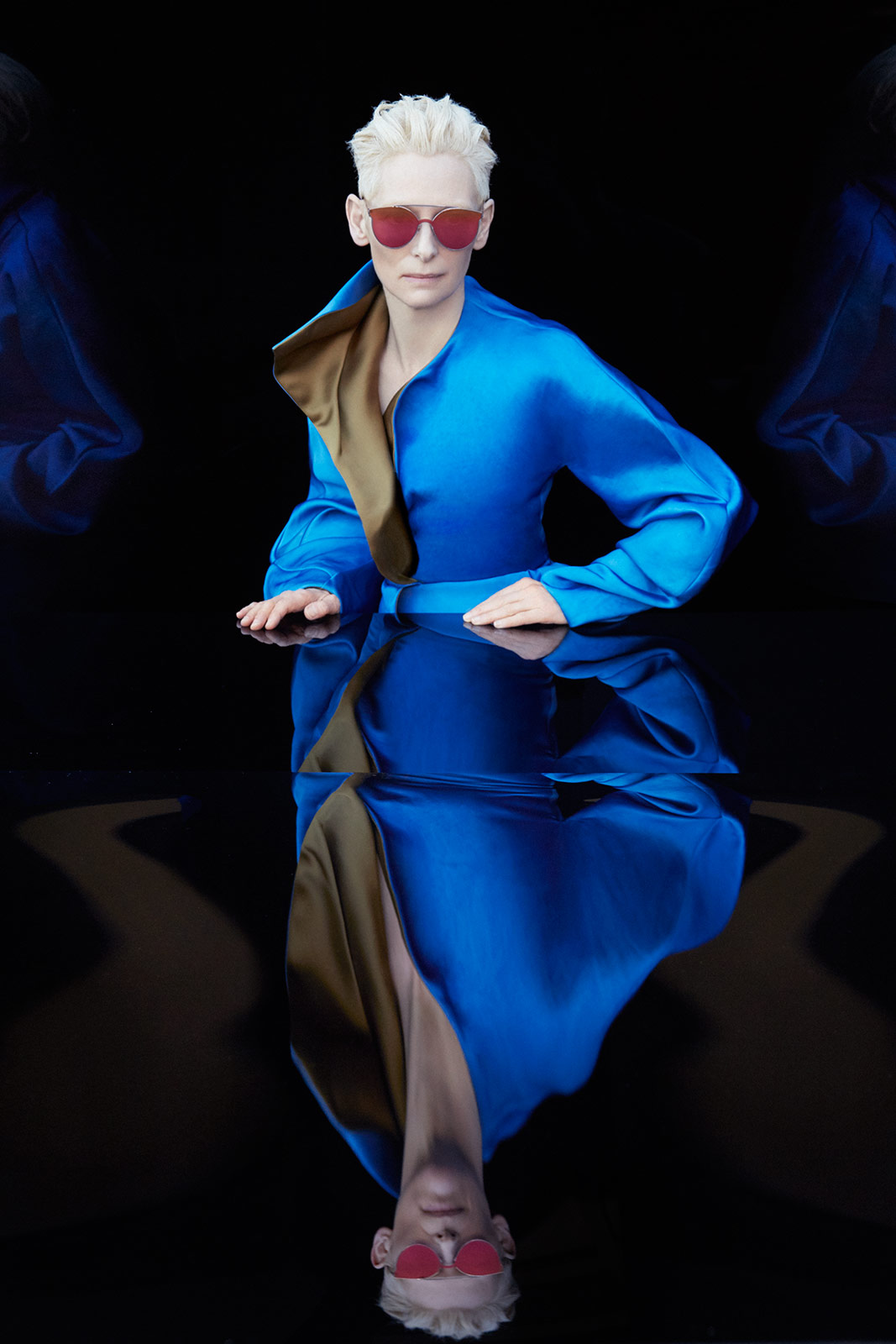