Nope! is available to watch today, the latest experimental short from Italian filmmaker Sami Schinaia marks his first release since disbanding the collaborative project Sämen and his debut as a solo director. Starring a young Milanese couple, the film offers a light-hearted reflection on the relationship between psychedelics, the internet, and the youth of today.
“How many times have we thought that the most absurd dream would be perfect for the plot of a film?,” is the question that Schinaia posed to us paints an accurate picture of his vision as a director. When watching Nope!, one very much gets the impression that they are in fact in a dream, or a trip rather. Lurid colours, warped visuals, and a chronology jumbled in order to avoid being ‘too rational’ are just a few of the factors that contribute to the disorientating albeit entertaining tone of the film. The dialogue throughout is rather disjointed, but intentionally so. Not only does it add to this surrealist tone, but it’s also rather amusing.

Depicting the experience of hallucinogens on film is something that is often done badly, yet Schinaia manages to reinterpret the trope with a refreshing degree of originality. Hence, it is unsurprising that he cites Ari Aster as an influence of his, given that the trip scene in Midsommar is one of the most affecting attempts in recent memory. His reverence towards Andrei Tarkovsky is perhaps less evident, although the quasi-psychedelic Andrei Rublev may have informed the creative process somewhat.

Whilst psychedelia is the strongest motif in the film, it is not simply pretty visuals of trees and the like. There is in fact some semblance of a plot if one cares to seek it out. Two star-crossed lovers meet in a park, united by their common goal of pissing in the bushes. From here, they embark on a mushroom-induced adventure and flirt with the prospect of a romantic relationship, although nothing ever materialises. The dye is cast when our female protagonist ultimately gives her accomplice a big old no on a dating app called Tripper (a not-so-subtle homage to Tinder). Schinaia jokingly shared with us his aspiration that it could become a real app to be used by the “truest of psychonauts.”

Schinaia attributes the freedom that he was allowed on the project to his friends at Basement, who he tells us are one of the few production companies “willing to take risks.” This project is undoubtedly a risk that has paid off, as the end product manages to turn what could potentially be quite heavy themes into a positively absurd 7 minutes. As well as this, it creates a poignant comparison between addiction to drugs and addiction to the internet and acts as a heartening tribute to international youth culture. The film and its compelling visuals are available to watch in all their glory now via METAL. 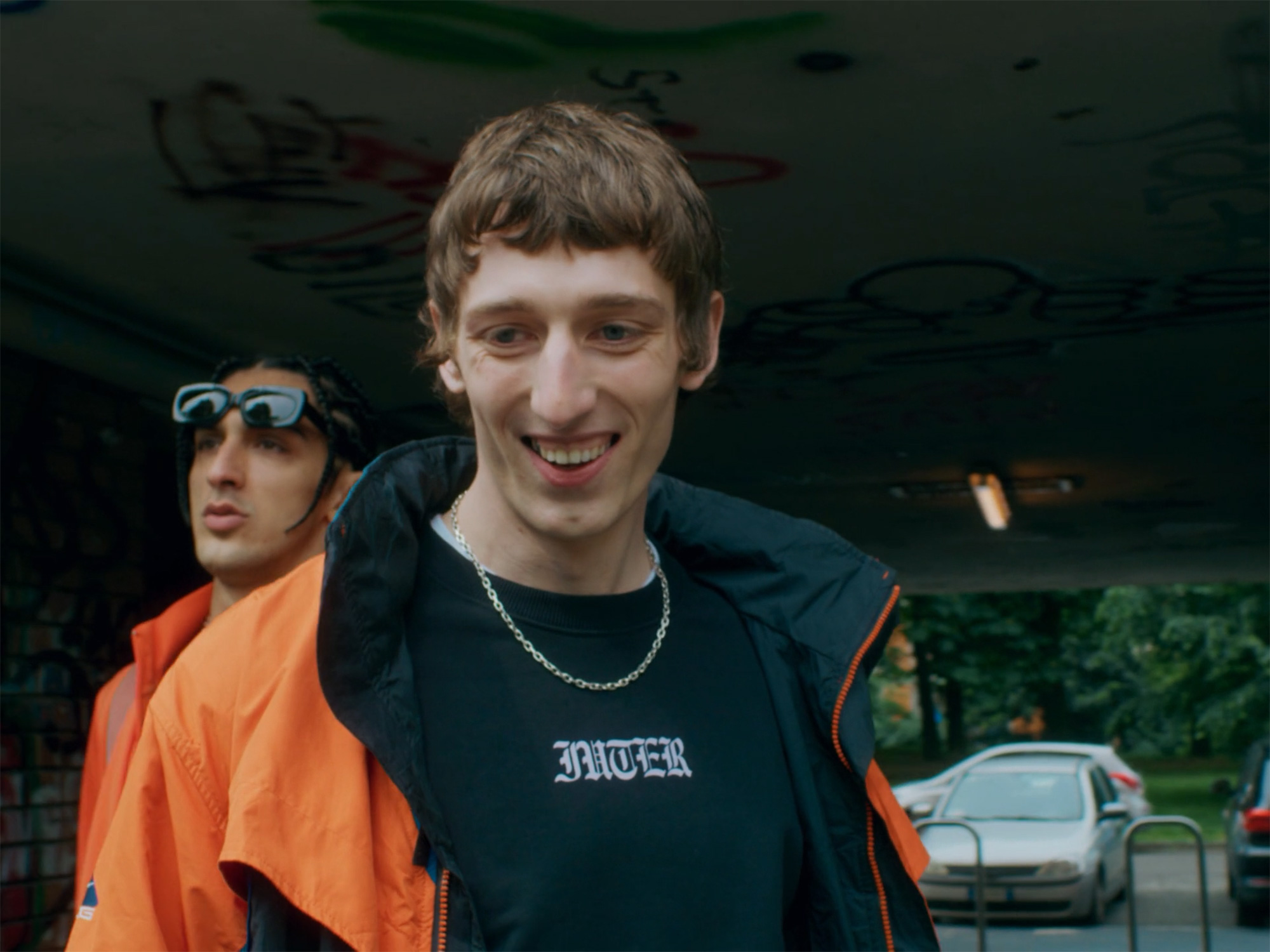 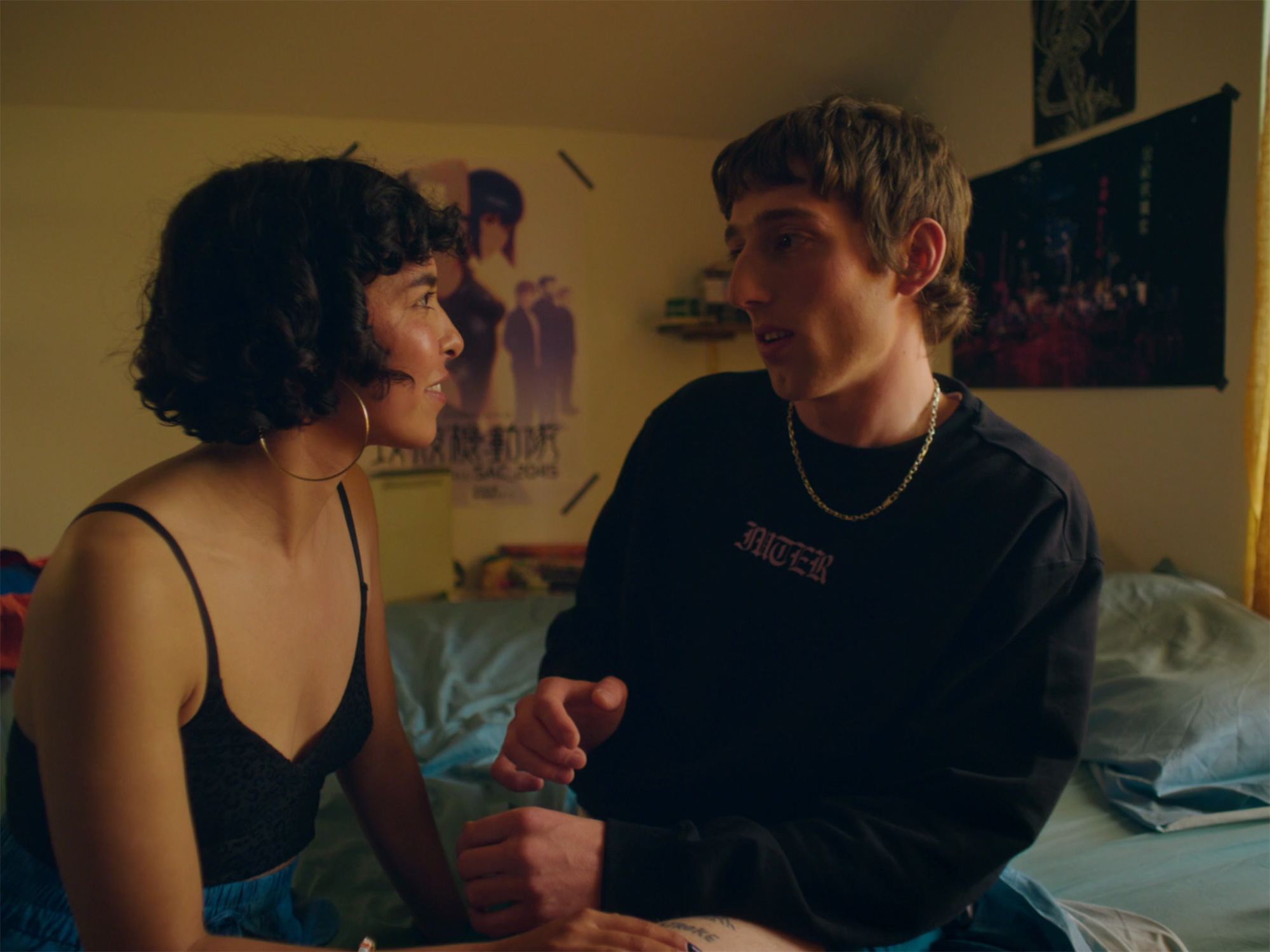 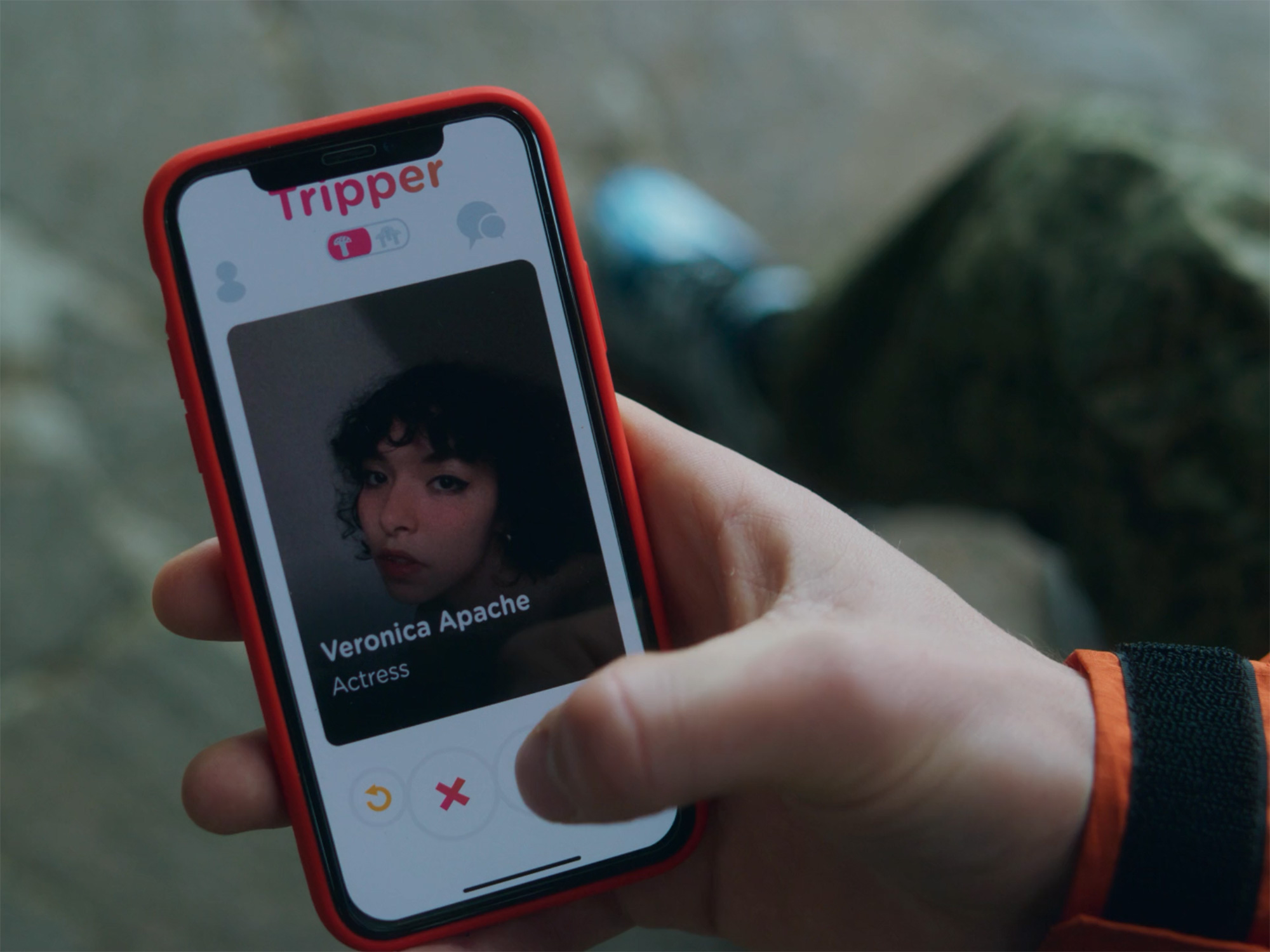 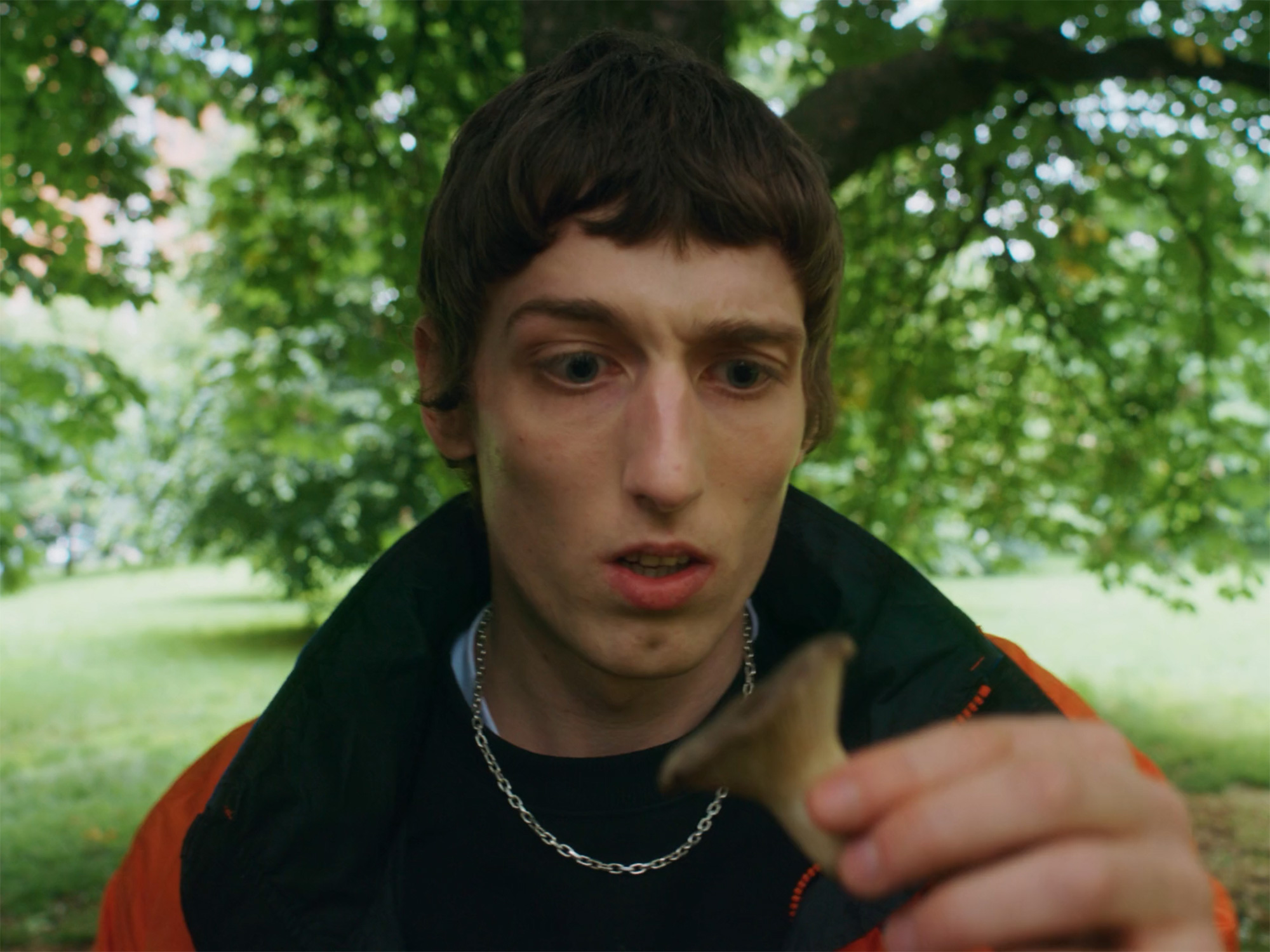 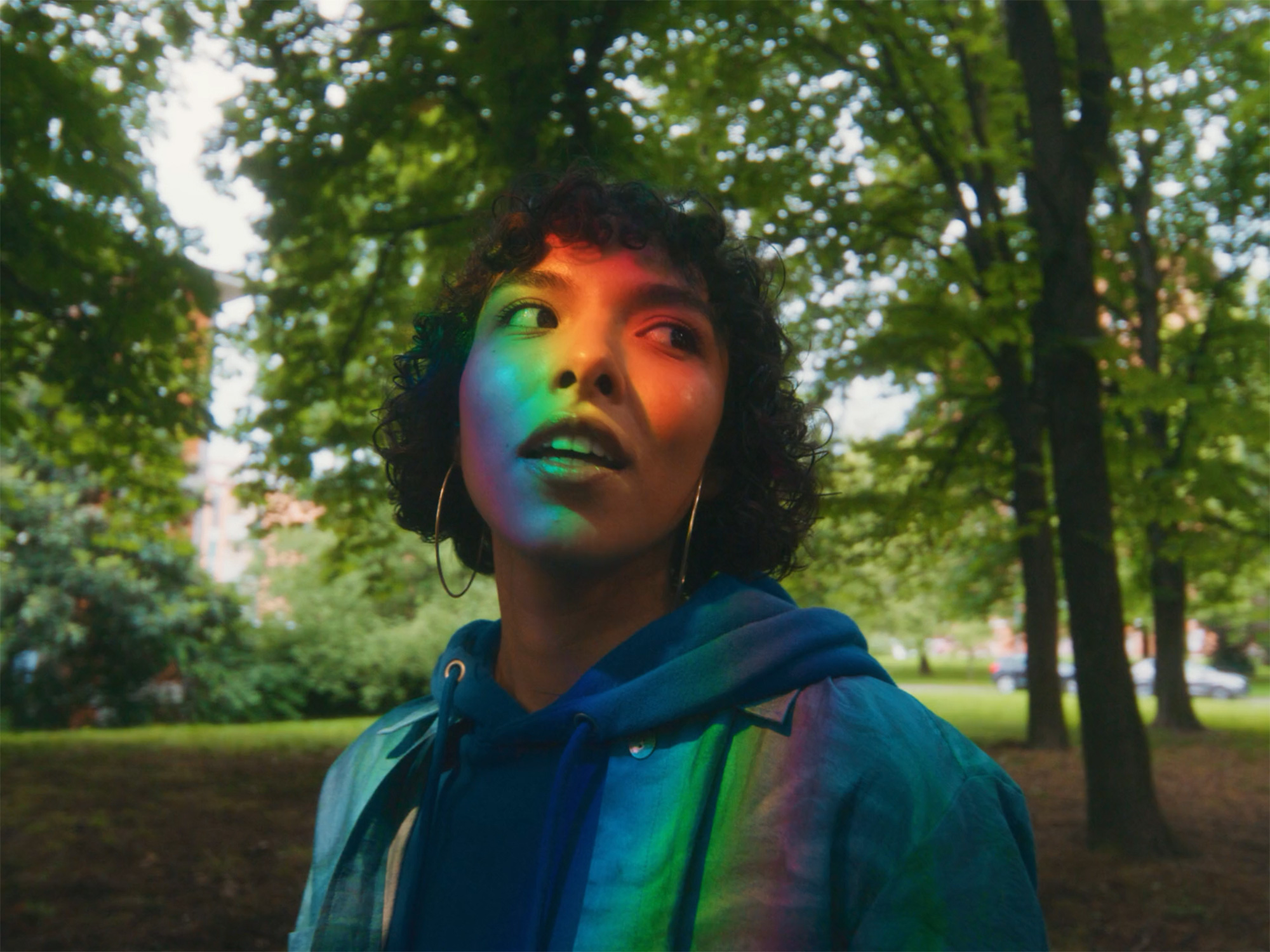 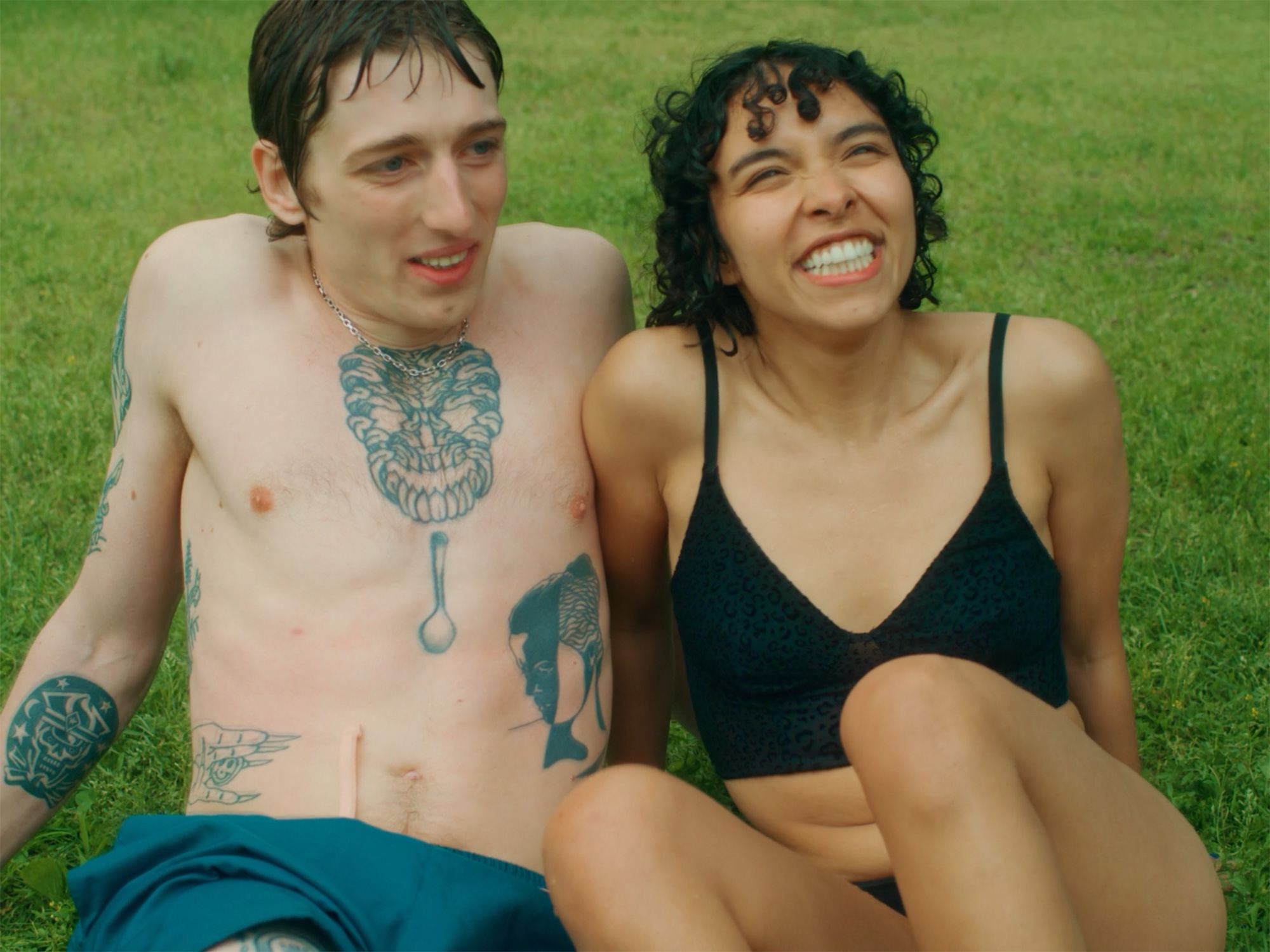