Being the first Korean woman to play at the Berlin’s acclaimed Berghain club, DJ and producer Peggy Gou has since gathered international reputation and following, not only in music innovation but also as a fashion icon. It is no wonder that Ray-Ban Studios, the spirited platform for music exploration and inspiration, is now launching their latest collaboration with the Berlin-based artist, following the series of past collaborations with other two groundbreaking producers – New York-based DJ duo The Martinez Brothers and techno star Nina Kraviz.
Ray-Ban Studios is a platform for inspiration and exploration. Its driving force is the individuality in which the avant-garde electronic musicians that make up the current panorama collaborate with the iconic sunglasses brand. It is a space for artists to share their experiences beyond their role on stage. This gets materialised in the form of exclusive collaborations, campaigns and immersion centres in festivals around the world. Ray-Ban Studios takes together with music the Ray-Ban synergy to new and unprecedented dimensions.

World-renowned DJ and producer Peggy Gou has been officially announced to be the latest to join their collaborations line-up. Born in South Korea and residing in Berlin, she has built a cult following due to her energetic live sets, a vibrant fusion of house and techno with abstract compositions. Her output is an extension of her individuality as an artist and Ray-Ban Studios dives into it.

The Feel Your Beat campaign with Gou connects to a real level with what drives her as a producer. Her world is shaped by two different forces, a balance between urban noise and quiet nature. “When it comes to my job right now, it makes me feel butterflies all the time. And it should be like that”, she says.

Peggy’s line with Ray-Ban sees the first time the company has released an accessory alongside sunglasses; a gold sunglass chain that features Gou’s initials and perfectly pairs with the two frames she designed. Her limited-edition two-piece collection includes the reimagination of a classic 1970s square frame with a blue-grey lens, as well as a smaller violet-tinted oval shape. Take a look at the range and head over to Ray-Ban’s site before they sell out. 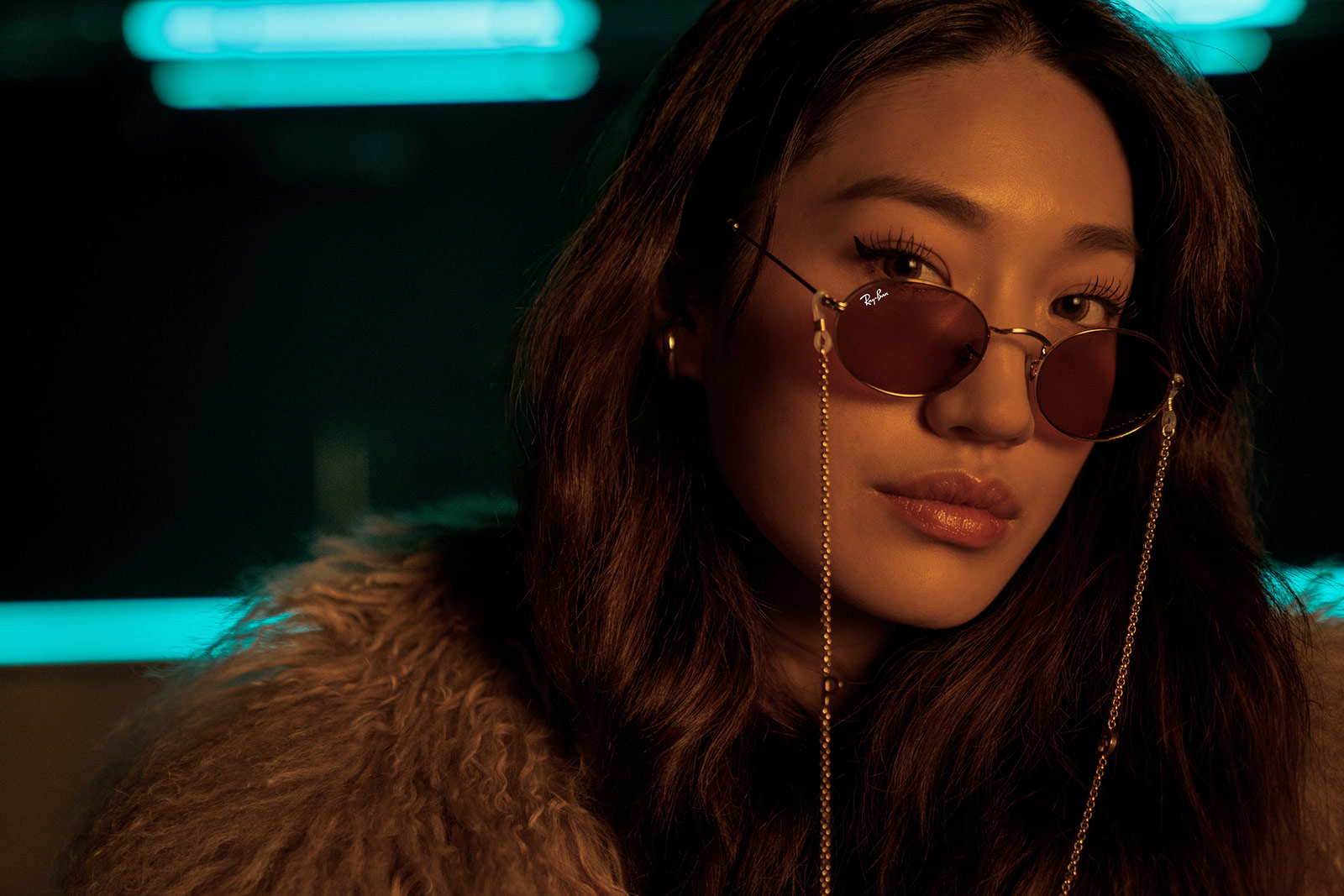 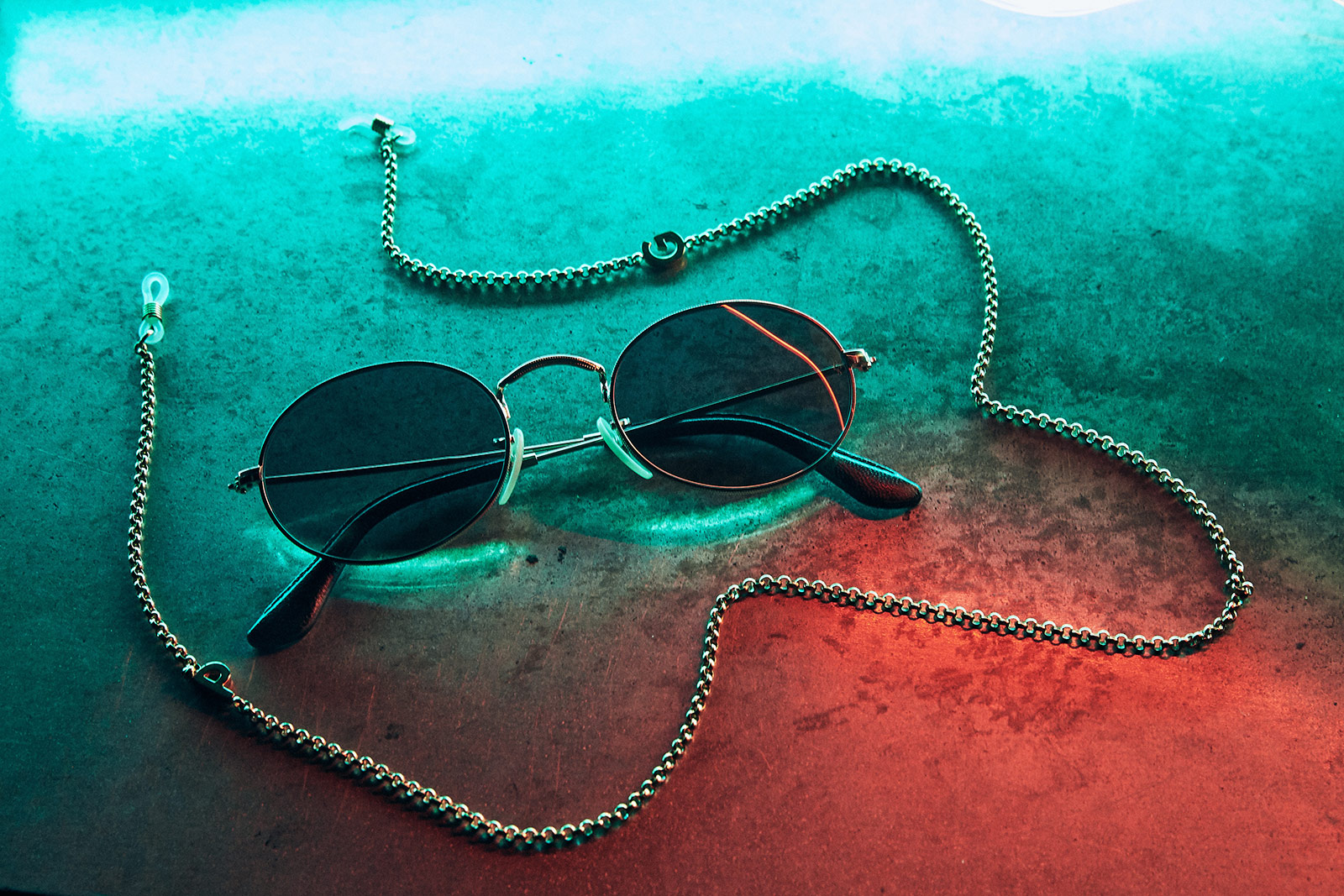 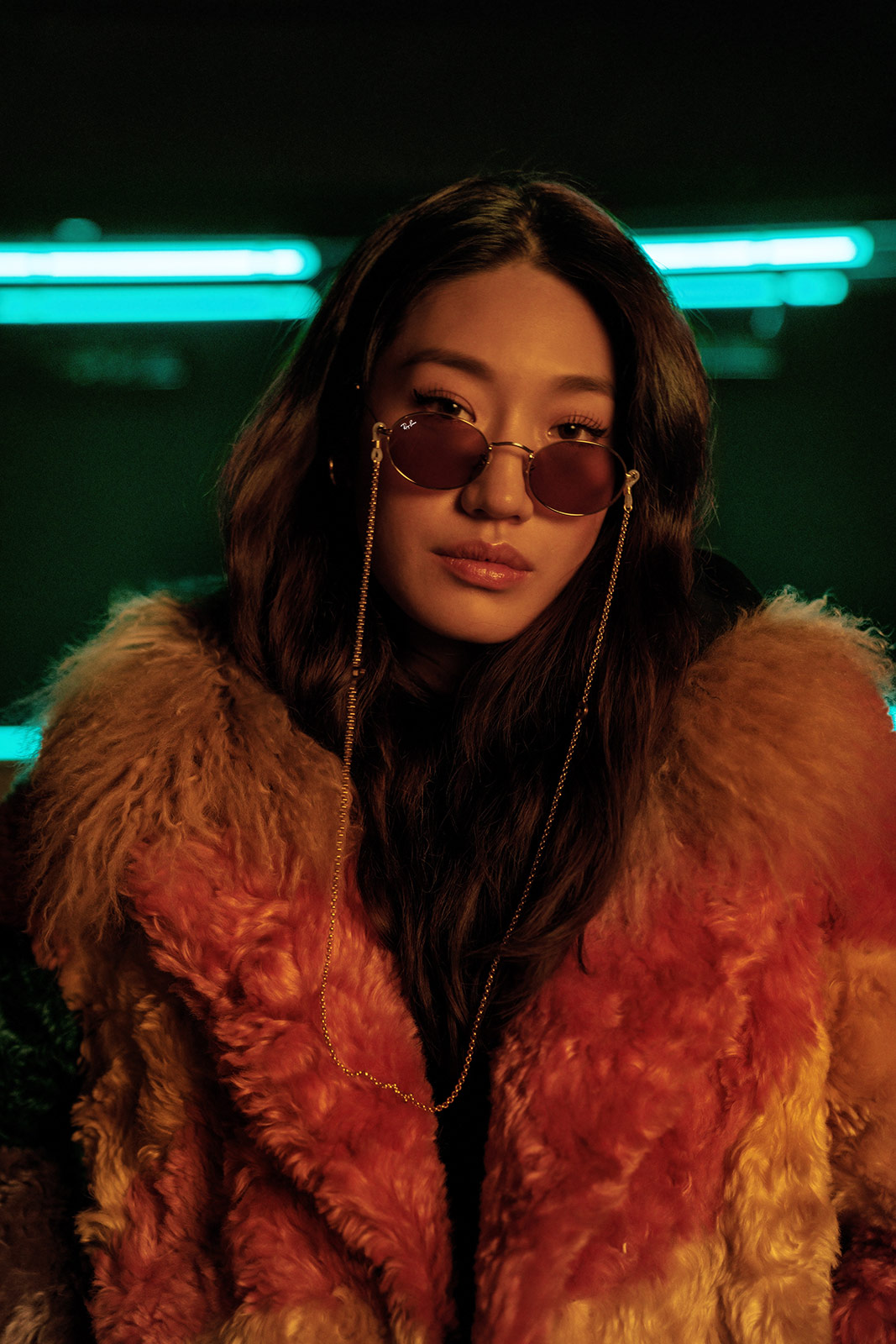 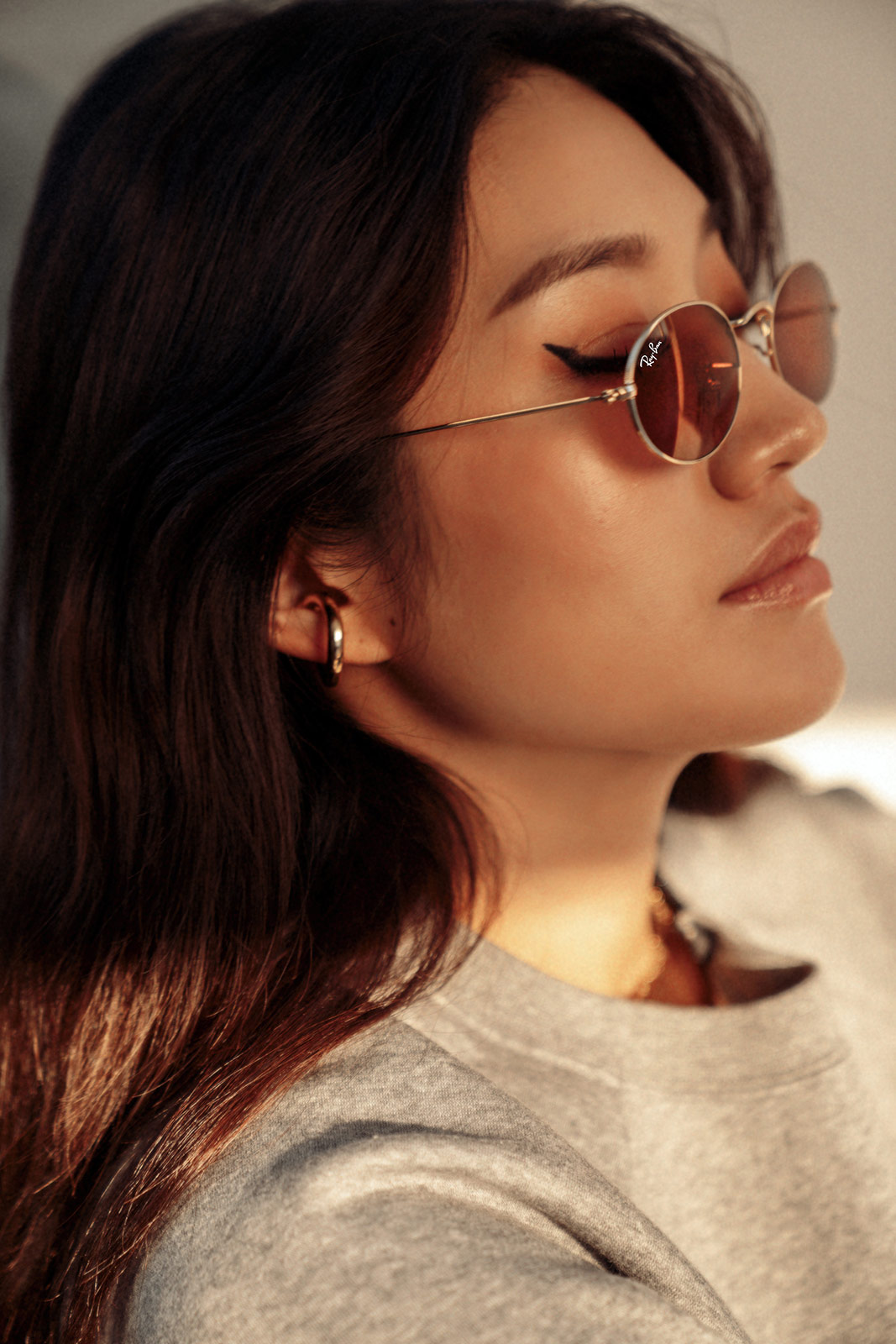 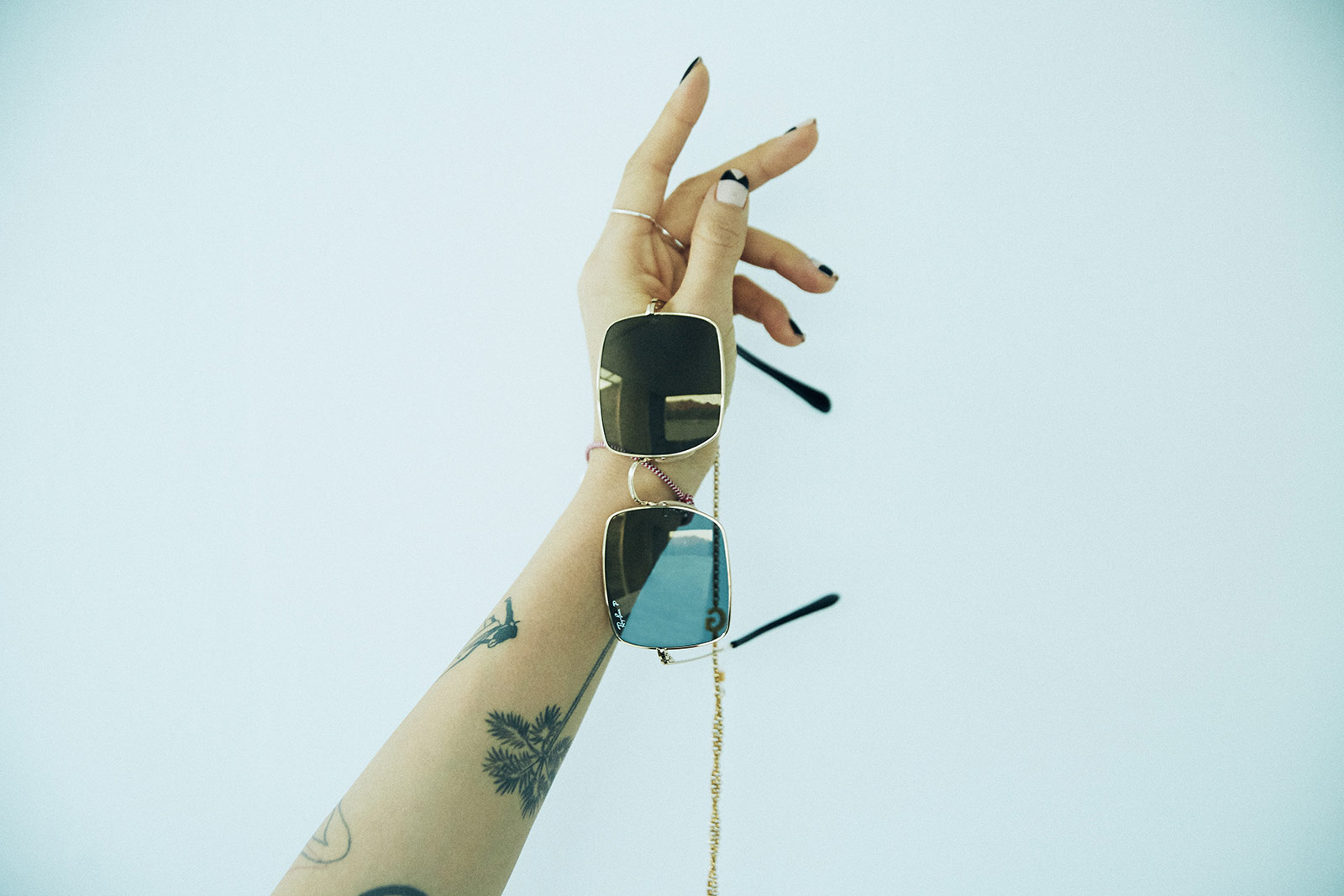 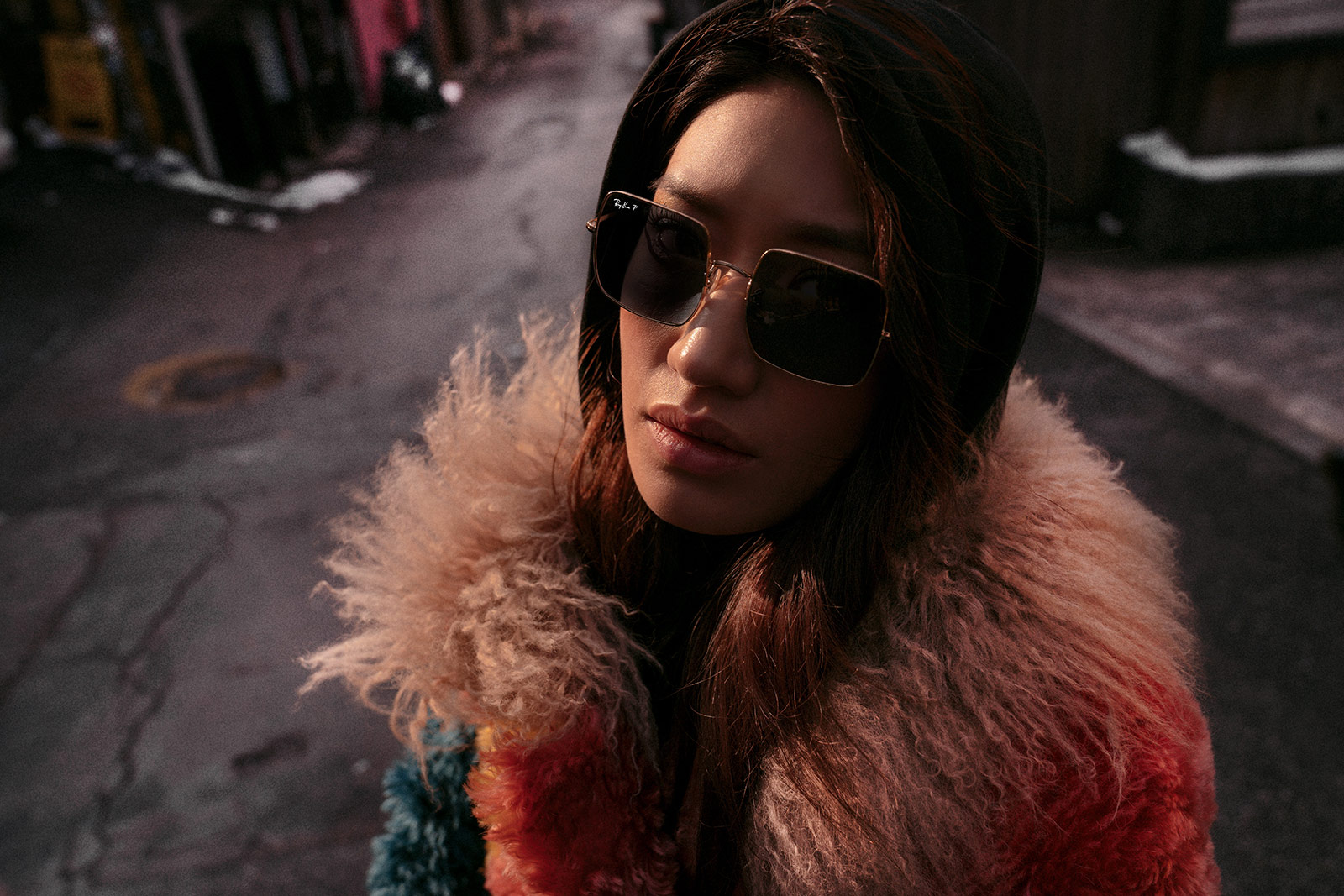