Showcasing herself as a decadent enchantress with a moody and dark side, Lolo Zouaï releases her new single Give Me a Kiss today at 6pm, after her glamorous and energetic Future Nostalgia North American tour with Dua Lipa and Caroline Polachek. She moves away from the title of ‘pop princess’ with this new single and its brooding music video directed by Loris Russier, showing us that she is powerful and dangerous, alongside absolutely sensually feminine.
Lolo describes the single as the sound of an out-of-control whirlwind romance, where she is struggling to find her place and is forced to embrace her reckless side. The song absolutely plays on two sides of her, and her battle to feel wanted by her nameless lover while also recognising herself. A lower, slightly distorted voice accompanies her throughout the song, perhaps signifying her lover’s words to her, the repeated insistence of them asking her to “give me a kiss,” or perhaps alluding to this internal battle to surrender to true romance with the risk of losing her identity.

The music video, which also arrives today, focuses on Zouaï in a prismed room of mirrors and artificial lighting, jarring from light into darkness as she seduces the listener. Staring up at electronic pink butterflies, wearing a hot pink harness over sheer black mesh, and singing the hook “pretty in pink but my head’s in the dark,” we see her containment in these mirrors boxes, which act as cages to her and her sexuality. The kicker is the jaw dropping moment at the very end of this video, where in a second of silence after the song ends, we see Zouaï levitating in her glass box as a giant metal claw reaches down to grab her. Suddenly, this labyrinth of glass cages is revealed to be an arcade claw machine, where she is the prize. Is she being selected by a lover? Is she being played for? Is she simply desired? 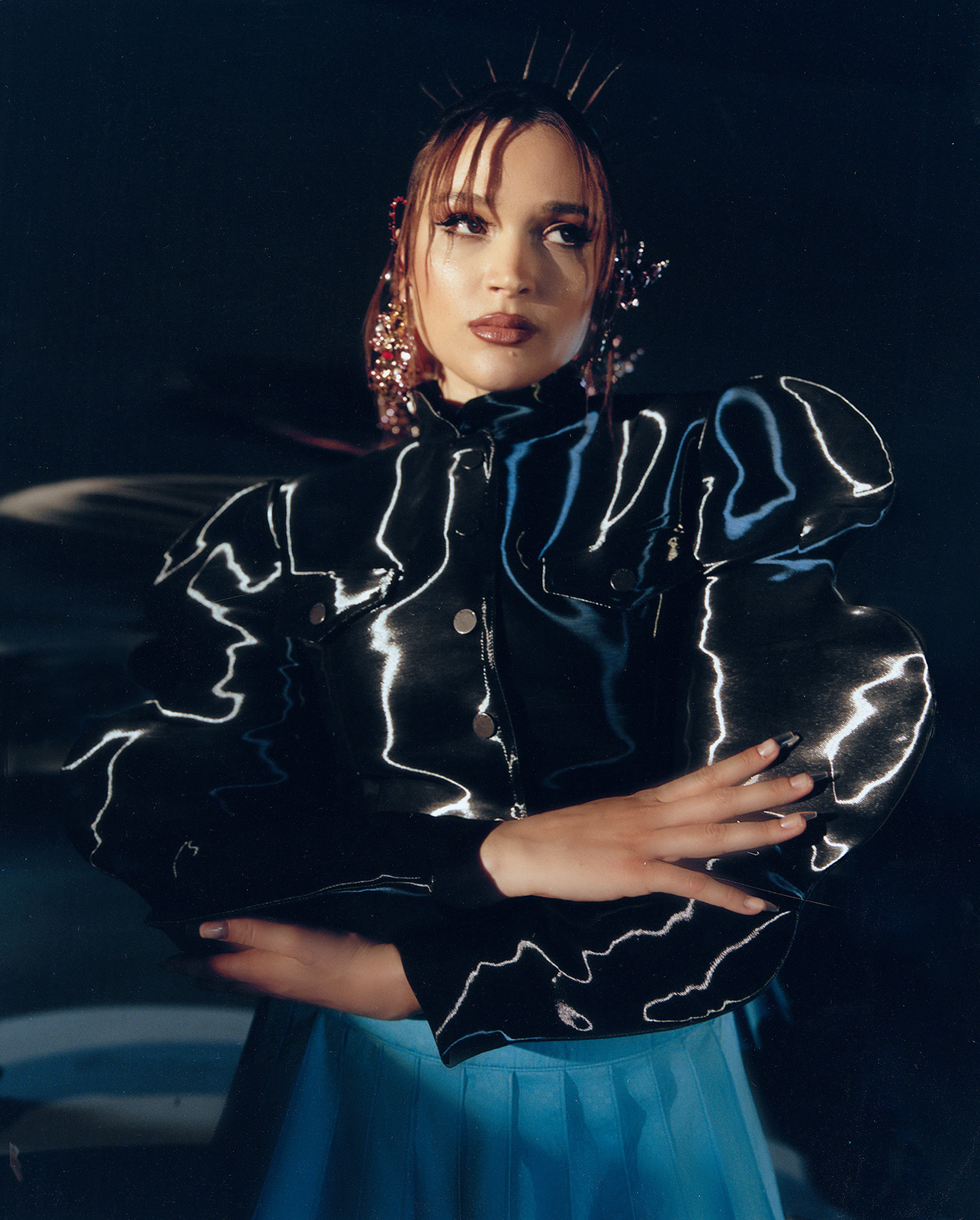