Milan and New York are again brightened up by Gucci’s irreverent art walls, this time with a surrealistic touch by the artist Ignasi Monreal. One in each city, both large murals depict images of the fashion house’s Spring/Summer 2018 campaign and show characters wearing the looks and accessories that stand out from the collection. But if the real world is still not enough, Gucci has also made a video in which Ignasi himself enters one of his artworks, inspired by John Everett Millais’ Ophelia. We’re still undecided about what’s more hallucinogenic: the shiny golden dress, the beautiful painting, or the large scale of the impressive murals.
The massive artwork in New York is located in Lafayette Street (Soho) and presents two women looking into the future through the newest (and glitteriest) models of Gucci sunglasses. On the other side, the mural in Milan (in Largo la Foppa) breathes art history with Monreal’s interpretation of the famous paintings The Arnolfini Portrait (1434) by Jan van Eyck and The Garden of Earthly Delights (1490-1500) by El Bosco.

But it doesn’t stop here. In addition to the artworks in the real world, Gucci has also prepared a video as surreal as the campaign. In it, we can see Ignasi himself guiding us through the Gucci Gallery, explaining some secrets behind some of his paintings. When he gets to the final one, he just magically jumps in, where he meets the Ophelia-like model, dressed in a golden paillettes dress with a statement necklace.

Monreal's collaboration with Gucci is recent but already vast. It all started when the Spanish artist participated in #Guccigram, a collective exhibition of digital artists on Instagram. Then, for the campaign Gift Giving, he developed images for both the Bloom fragrance and the eyewear collection, which were featured in a book and in an exhibition. Later, the artist was responsible for the entire Spring/Summer 2018 campaign, which is now brought to life in large-scale murals. If you’re around Milan or New York, don’t miss the opportunity of capturing the vibrant colours and patterns that come together in Monreal’s dreamy style. Also, a new mural is still promised to debut in Hong Kong in mid-February. 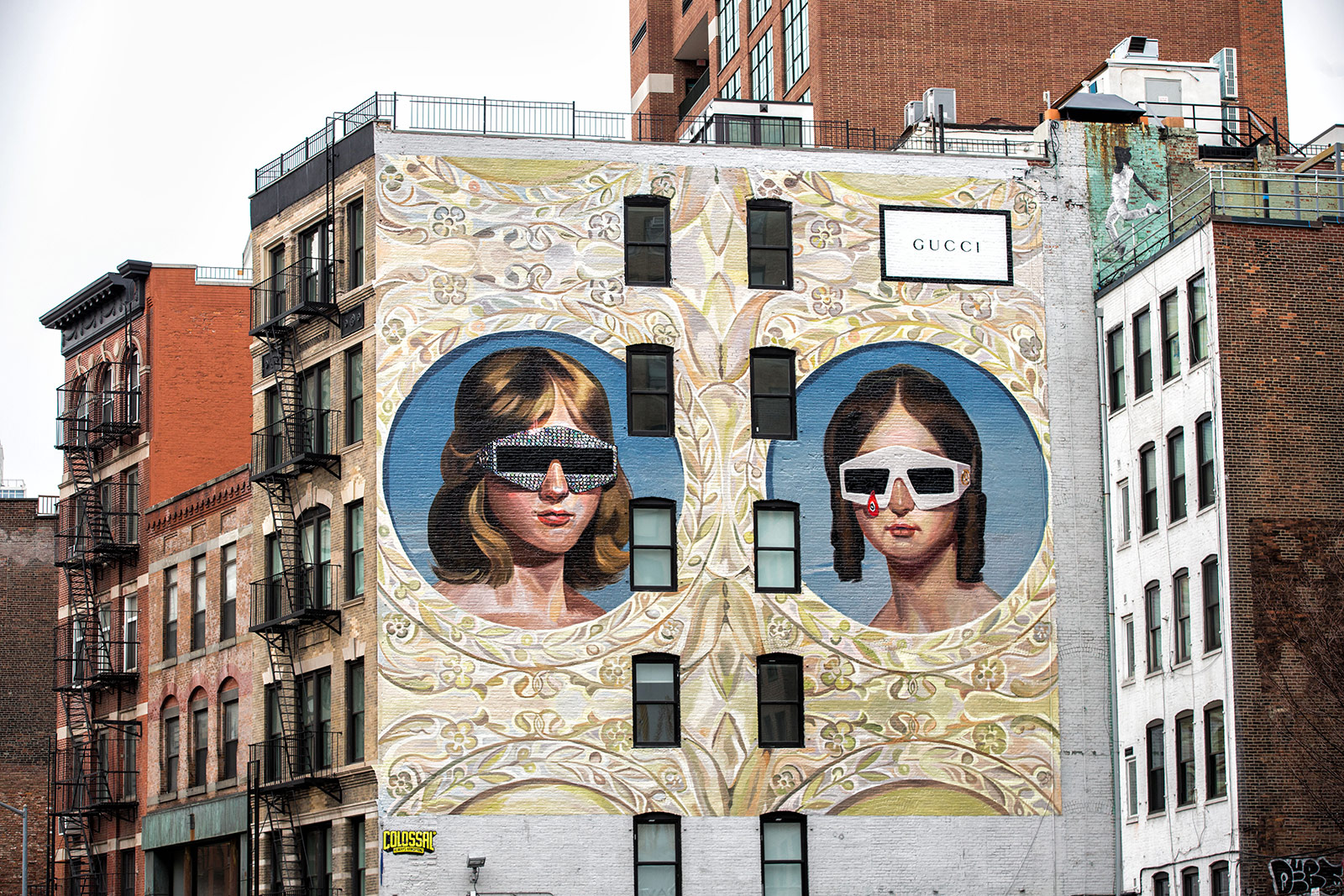 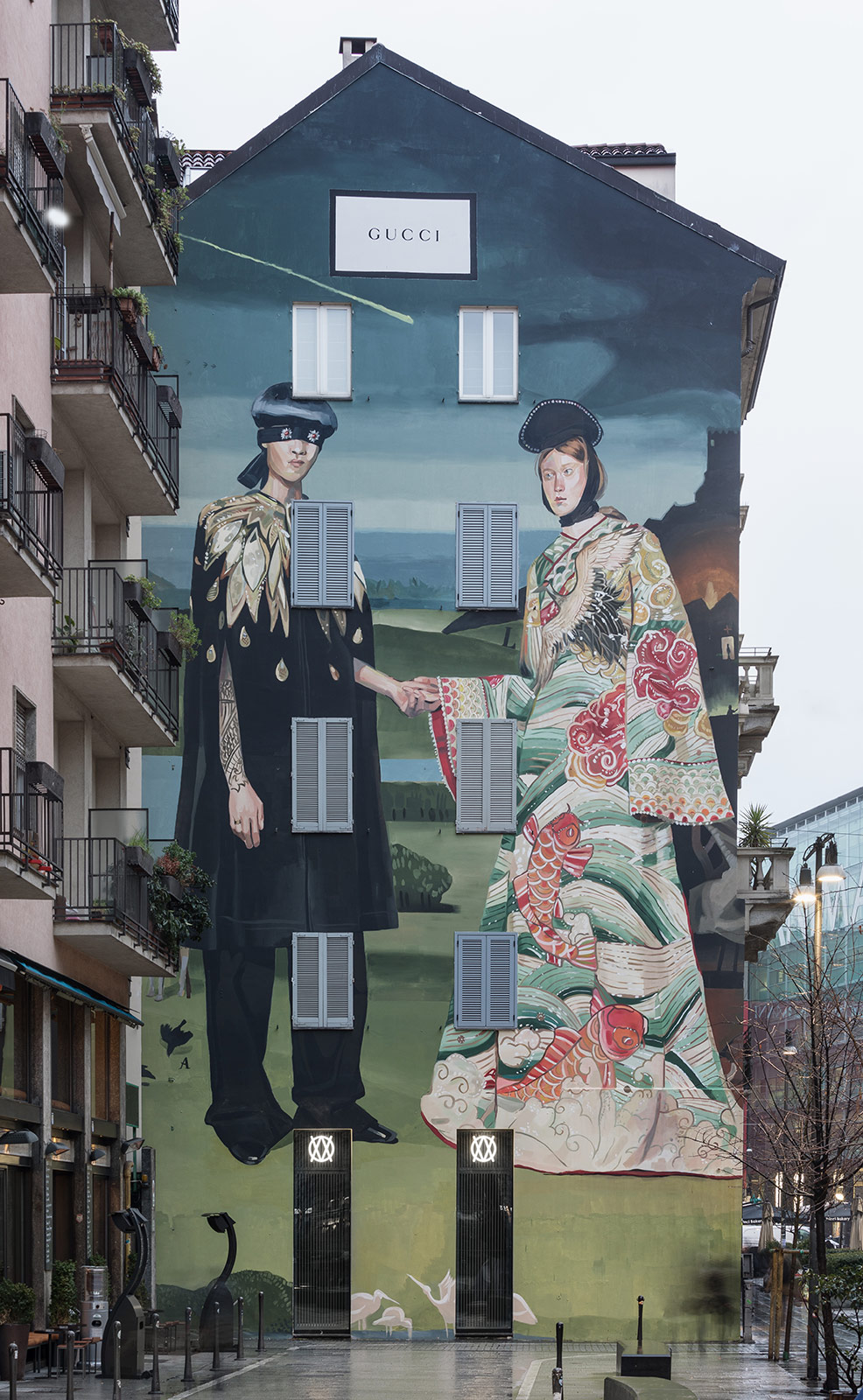