From one bed to another

In his music video for Late Night Talking, Harry Styles spends the entire 3 minutes in bed – literally. Directed by Bradley & Padlo, the newly-released video sees the British pop icon decked out in polka-dot pyjamas in multiple beds with multiple people as he performs the second single off of his hit album, Harry’s House. It’s fun, it’s quirky, it’s intriguing – it’s everything a late-night conversation should be.
It makes sense that the video for Late Night Talking would take place on a bed, but the whimsical artist does not stop at the typical bedroom setting. The video begins with Harry Styles waking up in his room before diving headfirst into a blackhole under the sheets. Throughout the next 3 minutes, we see him hopping from one bed to another – some highlights include an endlessly wide mattress hosting over a dozen people, and a bed-vehicle hybrid floating down a busy road outside Buckingham Palace.

Having also directed Harry Styles’ Watermelon Sugar music video, Bradley & Padlo are no strangers to delivering the singer’s wonderfully eccentric ideas. With low contrast visuals and handheld movements spliced with light-hearted film photos, this new video perfectly accompanies the eighties and nineties inspired pop song. The editing is reminiscent of an old comedy sitcom, creating a bright and upbeat vibe. As they say, there’s nothing quite as joyous as lying around in bed – and as we can see in Harry Styles’ music video, that much seems to be true. 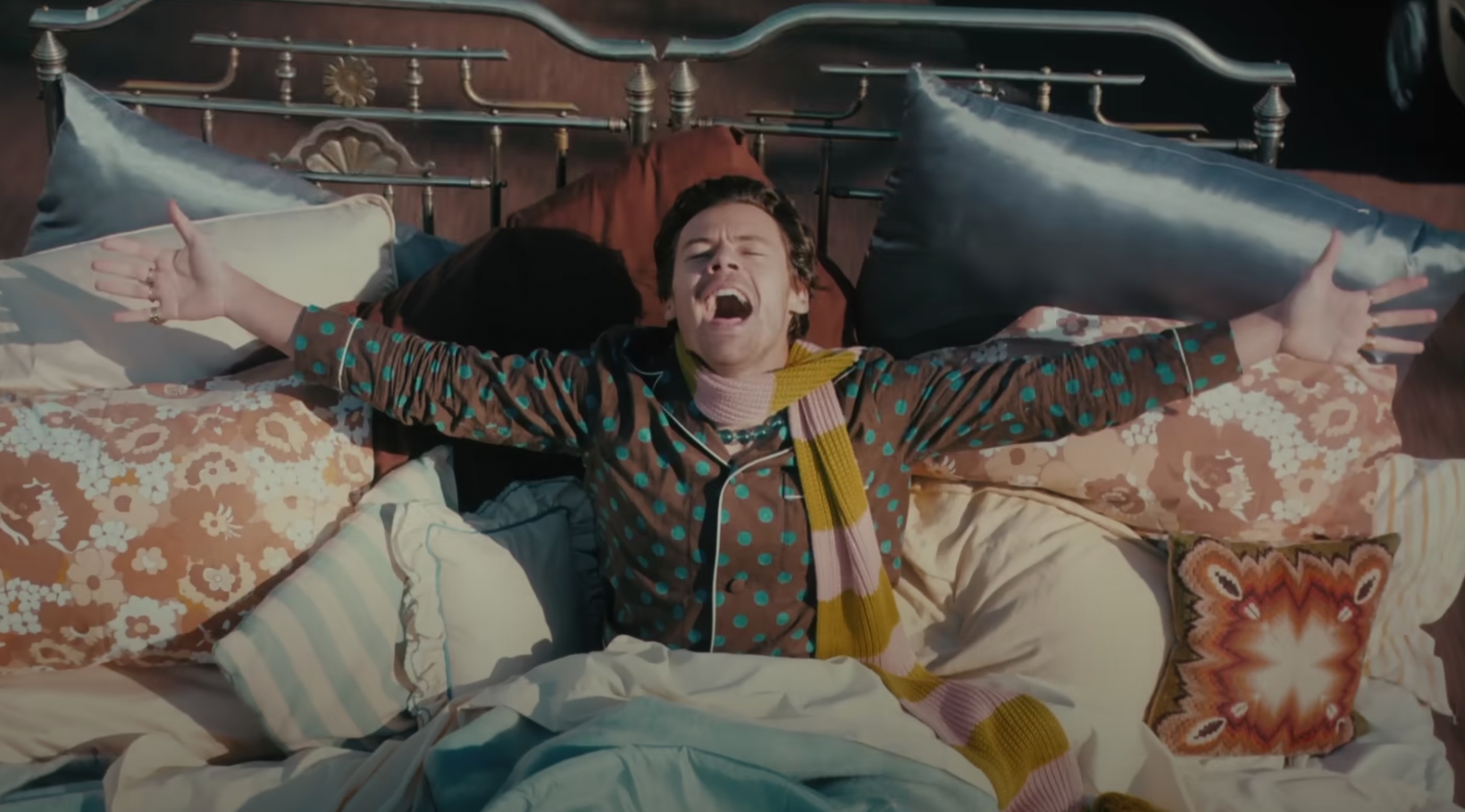