Going in a totally different direction for each album is what Harry Styles is known for by now. And that is exactly what he's doing through As It Was, the first single from his upcoming album Harry's House – out May 20 – which teases us with playful 80's synth-pop sounds. Starting off with muffled children's voices saying “Come on, Harry, we wanna say good night to you!” this is an adorable way to ring in a much-awaited album, almost 3 years after Fine Line.
An impishly-driven music video, in part filmed at London's Barbican art gallery, follows the story of a couple quite figuratively – and literally – running in circles, by trying so hard to make the relationship work and making the protagonists actually run in circles atop a moving platform. The lyrics, from “Answer the phone/Harry, you’re no good alone/Why are you sitting at home on the floor?/What kind of pills are you on?” to “In this world it’s just us/You know it’s not the same as it was,” unveil a run-down relationship.

Not only that, but Styles seems to be fed up with the dynamics, reminiscing of what the relationship once was and could look like at the moment, in a very sincere and heartfelt first single. Actually, the making of the video has been quite emotional for the Grammy-nominated director herself, Tanu Muino, who on the second day of filming was interrupted by the news that her home country of Ukraine was being invaded by Russia. In her own words: “Shooting him was bittersweet as it was one of the happiest days of my life, but on the second day of the shoot, my country Ukraine was invaded so you can imagine the insane emotions we had while shooting. Me and my team from Ukraine poured so much love into this video and you can see it on screen. It will be a music video I will never forget and now I can happily retire.”

On a lighter note, it seems that Harry Styles, like most people, has taken advantage of the downtime the pandemic has gifted us with to become more introspective and possible analyse the ins and outs of his relationships and even individual behaviour, making this a great effort in showing us what's to come in the upcoming thirteen tracks from Harry's House. 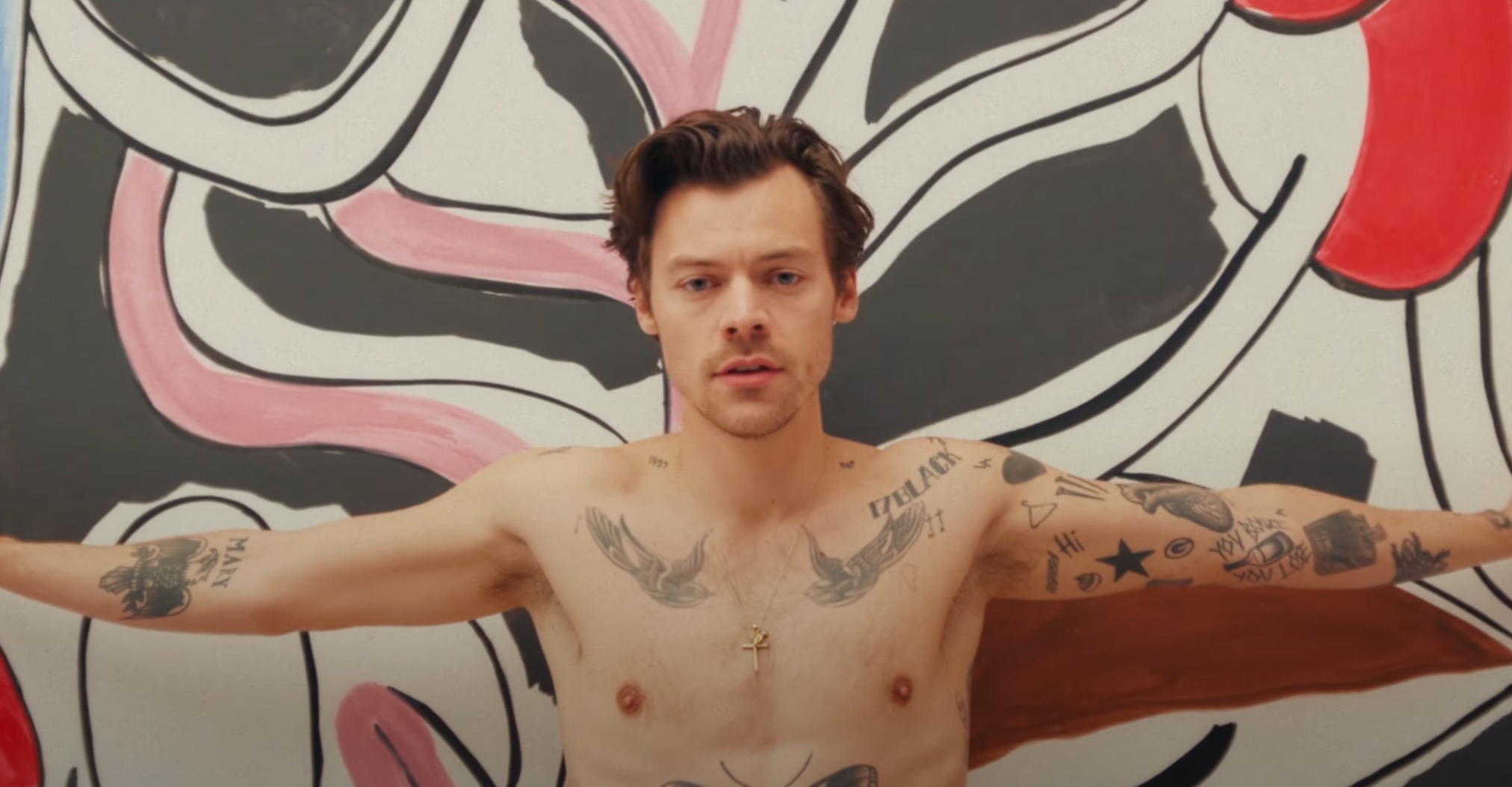