We all know of Alessandro Michele’s love affair with maximalism, and this time he has taken this to a whole other level with what could be Gucci’s most epic production to date. As an ode to old Hollywood glamour and that Golden Age of cinema, their latest campaign shows big, colourful sets with never-ending staircases where dolled-up actors, actresses, dancers and even mariachis appear to be performing big musical numbers for an imaginary film, set around the ‘40s and ‘50s, shot by Glen Luchford and art directed by Christopher Simmonds.
We also get to see other images showing a mixture of scenes, as well as what look like behind-the-scenes shots of actors, actresses, dancers and even the film director, all in technicolour. For example, the dancers’ amazing tap-dancing skills are shown off whilst wearing the already iconic Gucci loafers. Others are posing with iced-out contemporary sneakers, maxi reflective sunglasses, stunning sequin fringe dresses with matching glittery crowns or fabulous pink fur coats. These are followed by black and white portraits with dramatic lighting, also known as glamour shots, of the main stars, matching to the style of the ‘30s and ‘40s.

As a way of encapsulating that beautiful moment in time, the Italian house has released a video titled Gucci Showtime, which presents an epic musical number to the legendary song There’s No Business Like Show Business from the musical Annie Get Your Gun (1954). It shows different sets inspired by films from that wonderful era, and at the midway point, this is cut by an ‘intermission’ of sorts. In a very meta move, we get to see the behind the scenes of what a major production of that era would have been like – producers, extras and film director included. This is a nod to not only show business itself, but the obsession the industry had and continues to have with the magic of what show business entails, seen in films like Singing in the rain (1952) and Cover Girl (1953), which Gucci has taken inspiration from.

Finally, there are three other videos that are meant to follow this production which poke fun at the ever-present obsession with celebrity culture. In these, an actor or actress is seen at the premiere of the technically non-non-existent film, and they’re interviewed at the red carpet. A host with an old-style headset asks them very clichéd, and awkward, yet much-obliged questions such as “How did you get into character?”, “How are you feeling?”, or “Who you wearing?”, to which one responds “This is Gucci, everything’s Gucci, always Gucci”. 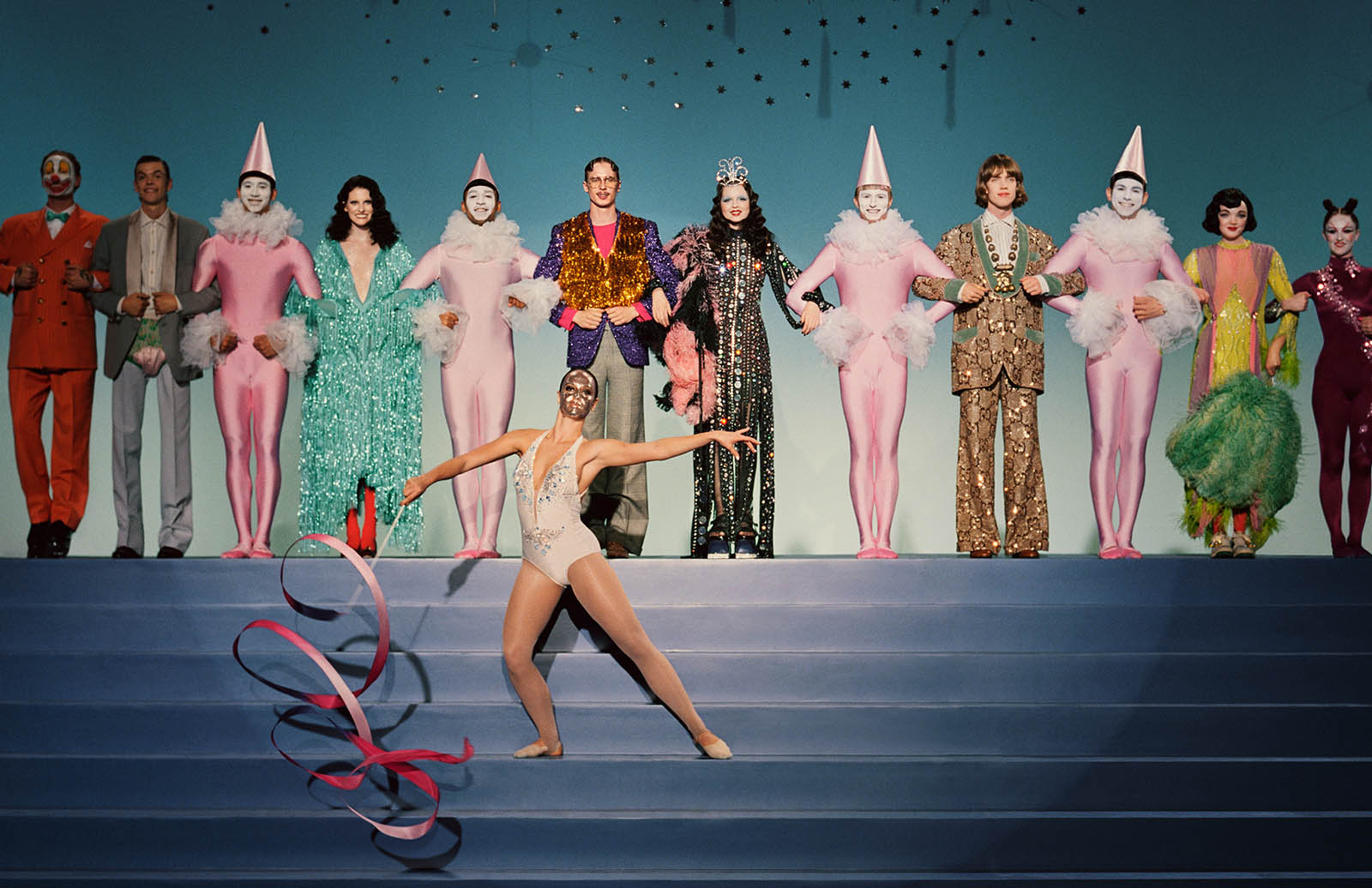 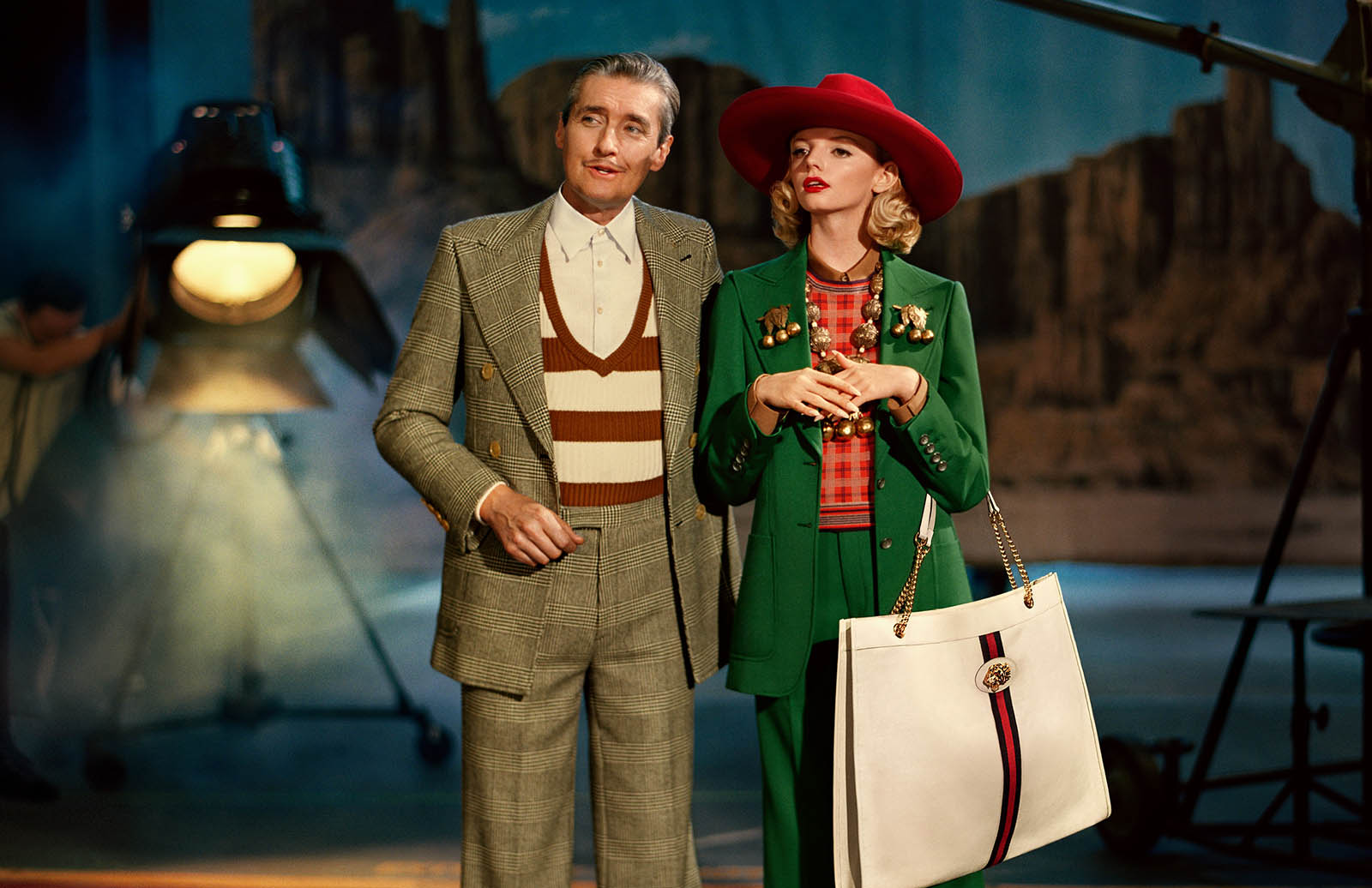 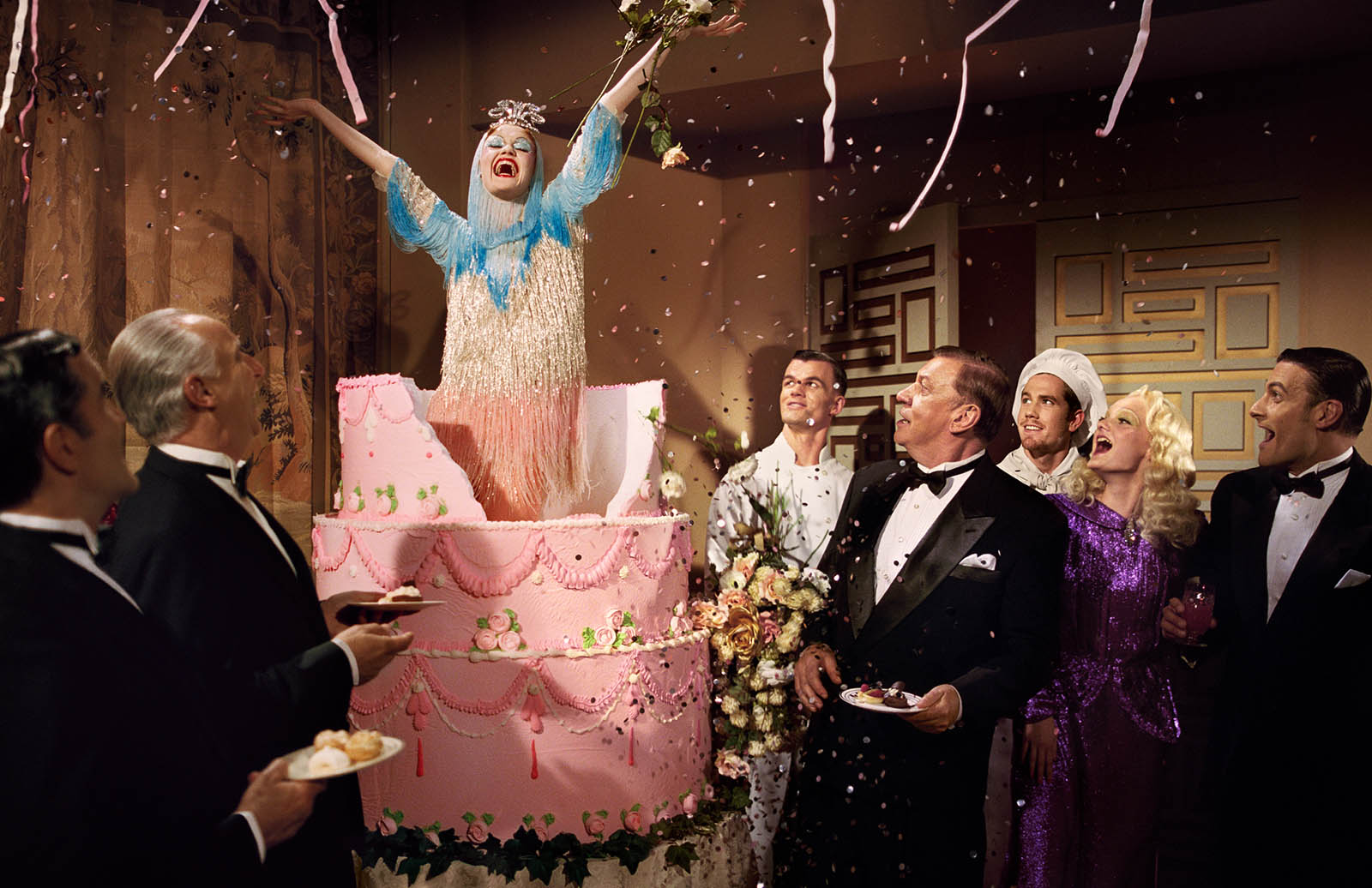 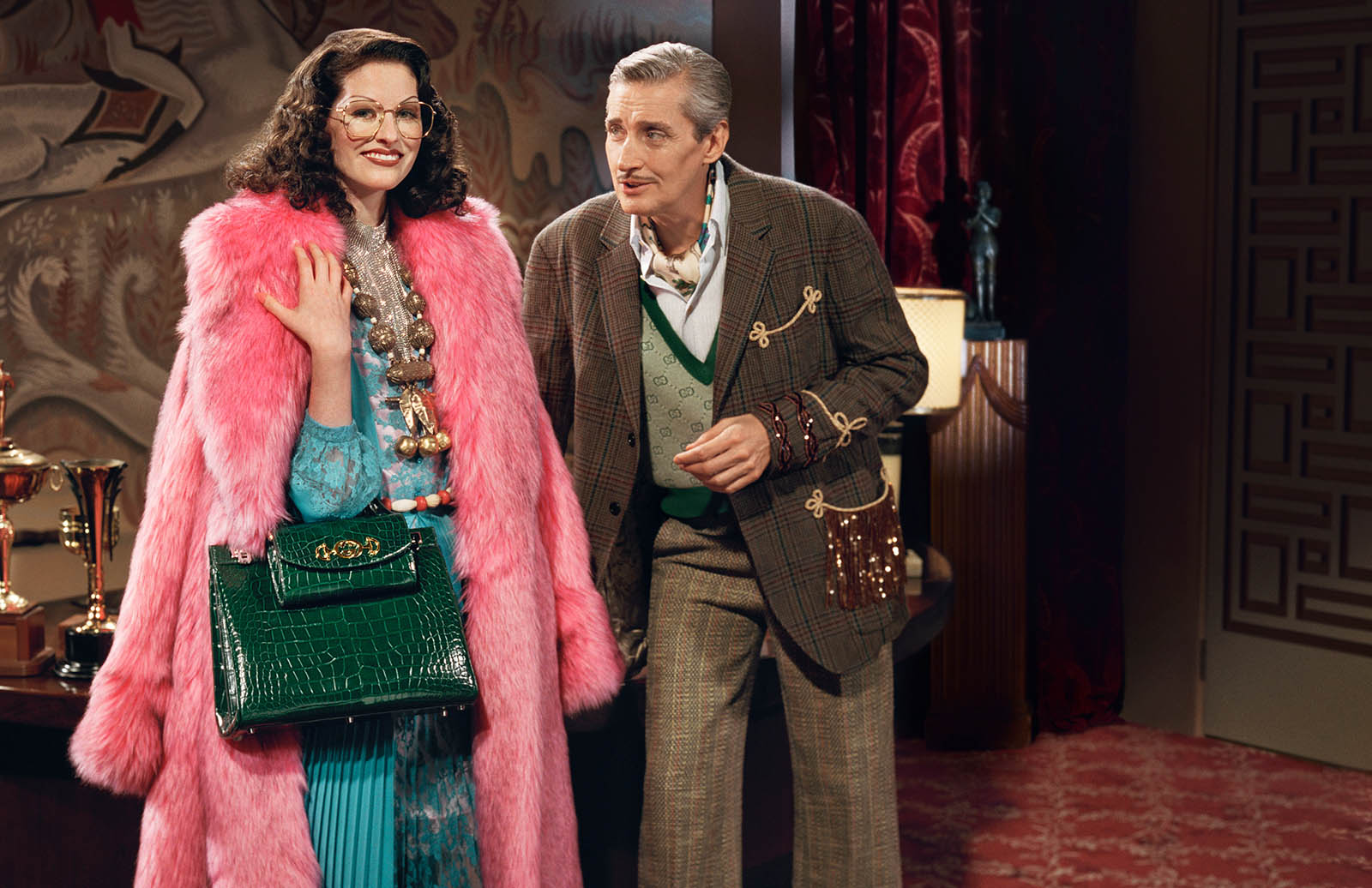 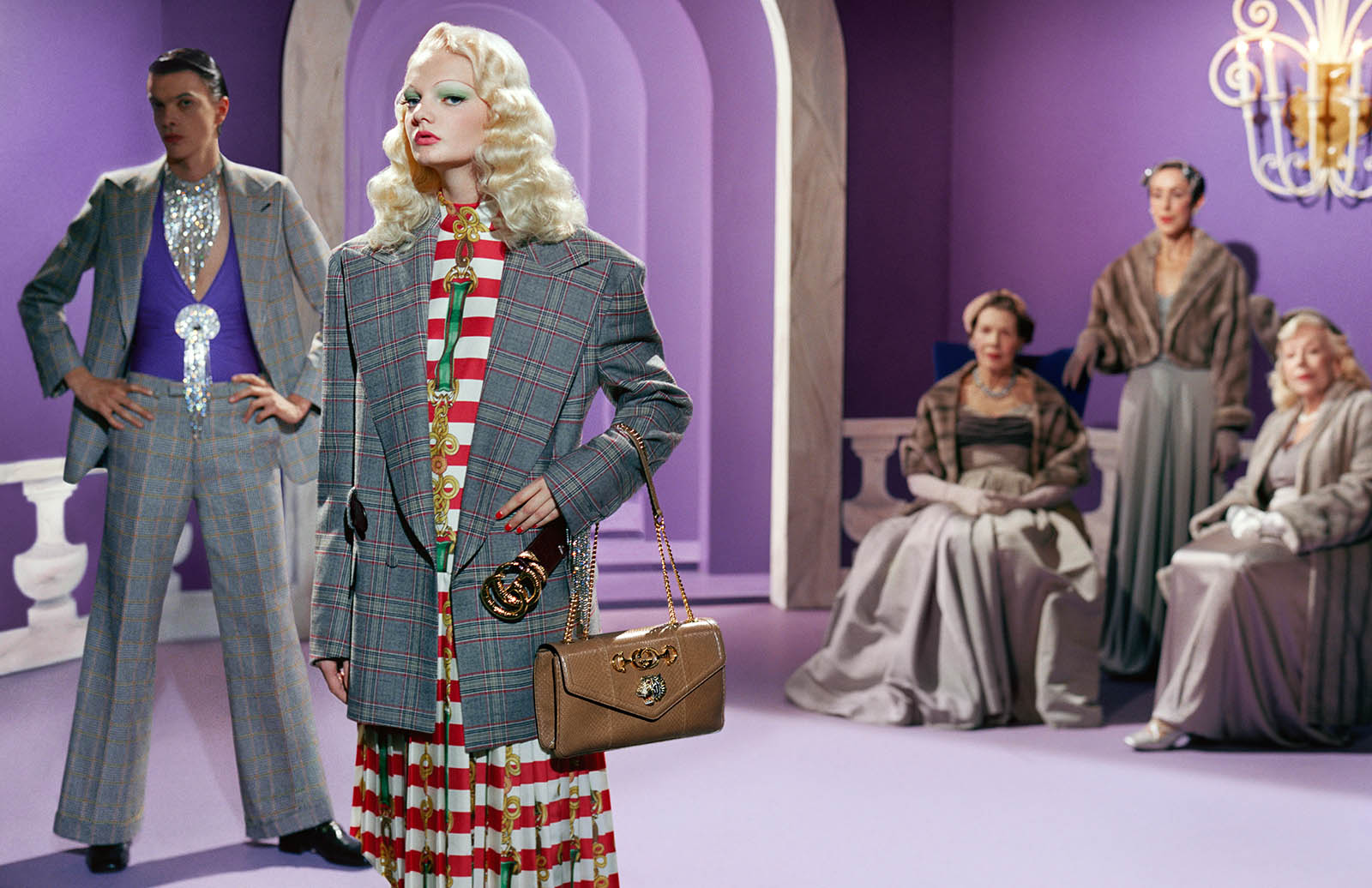 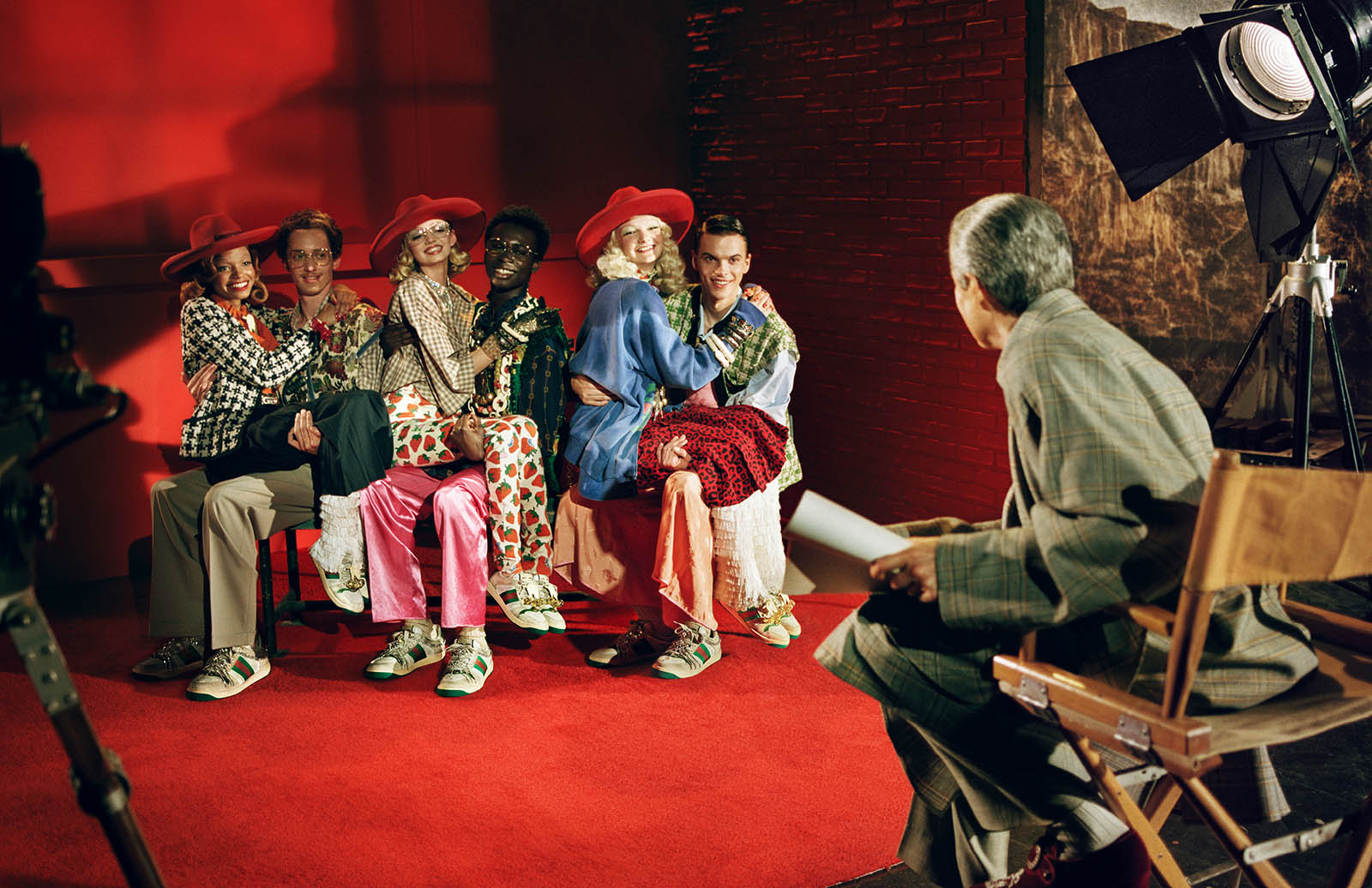 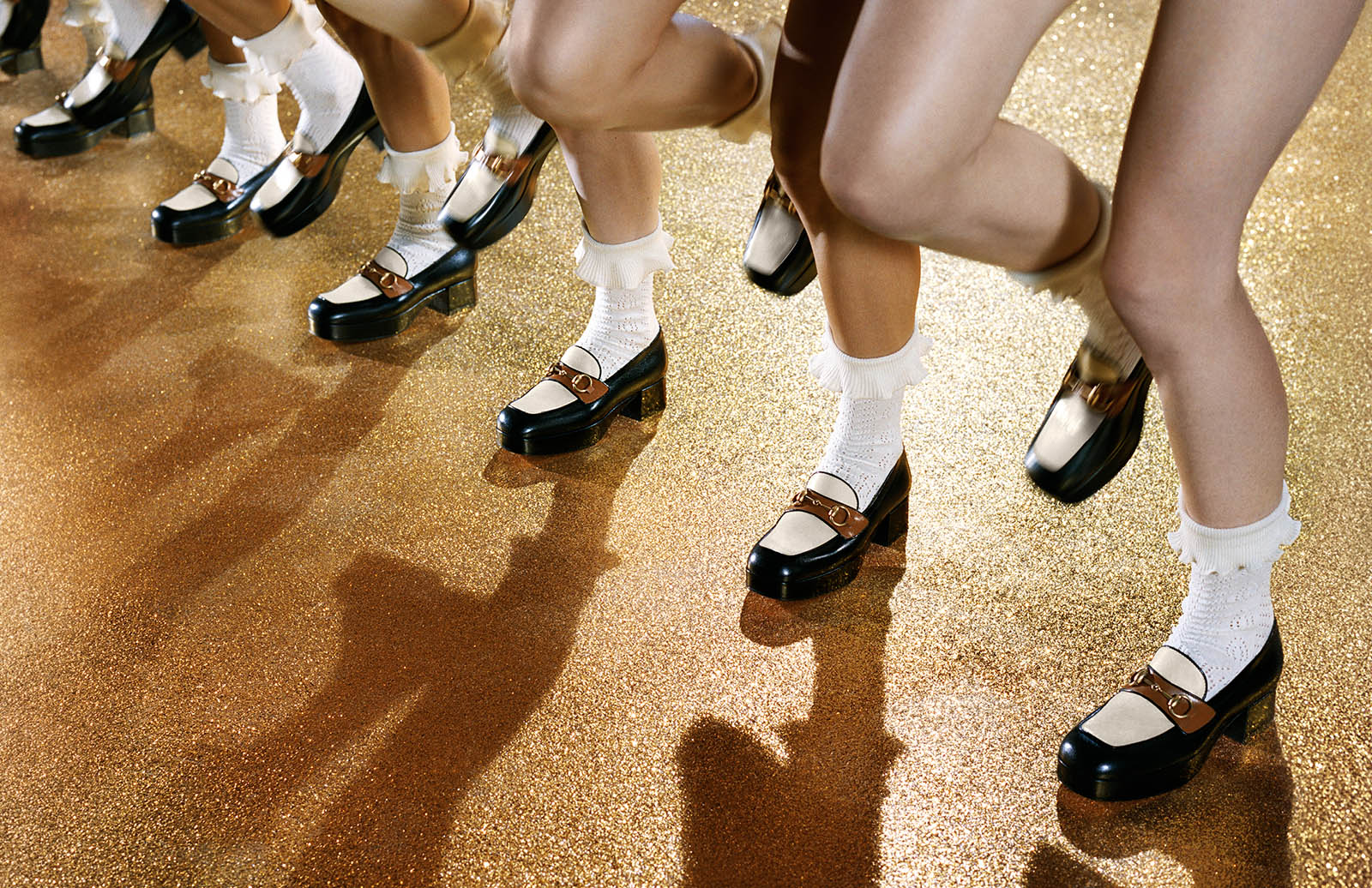 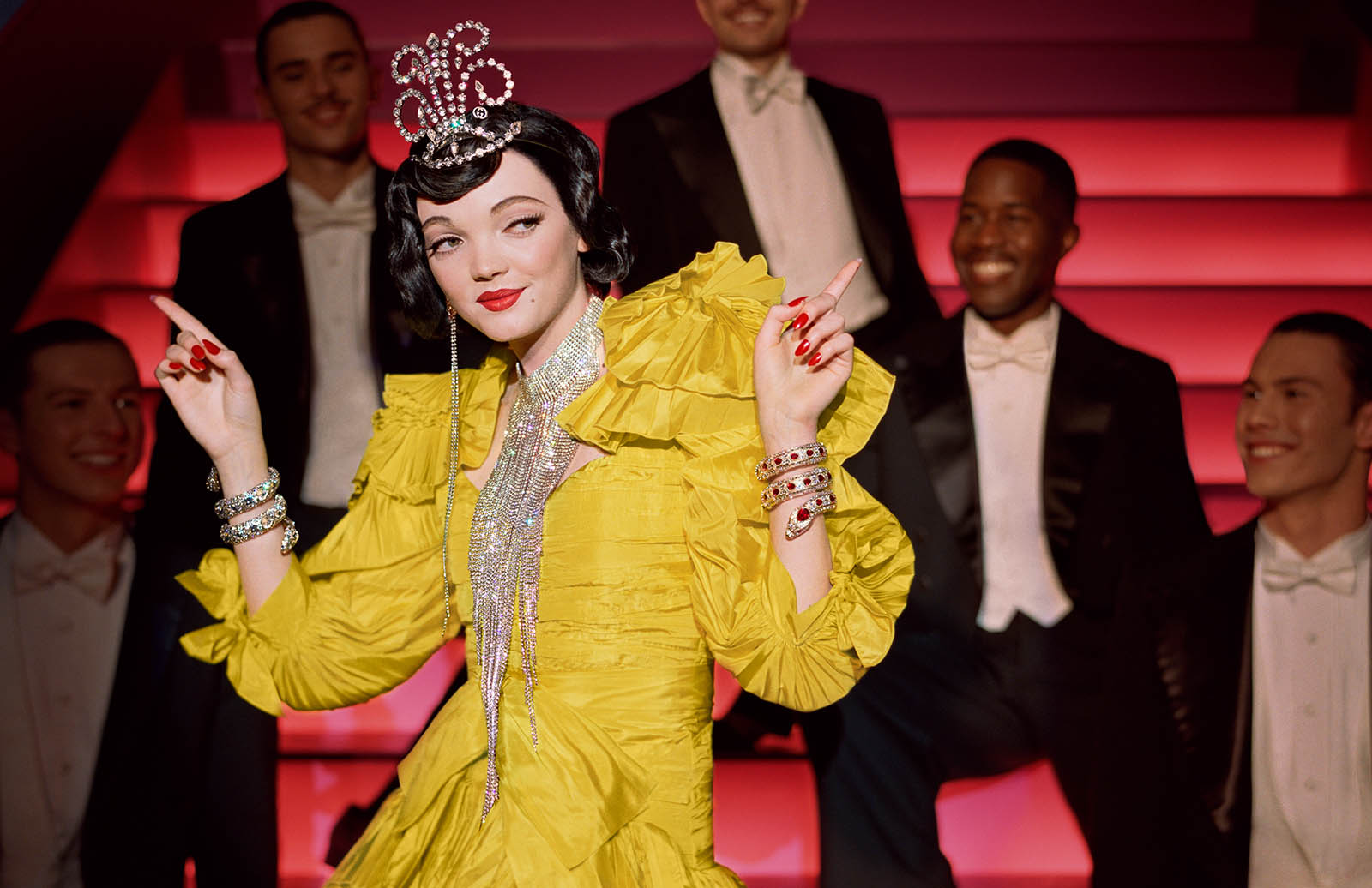 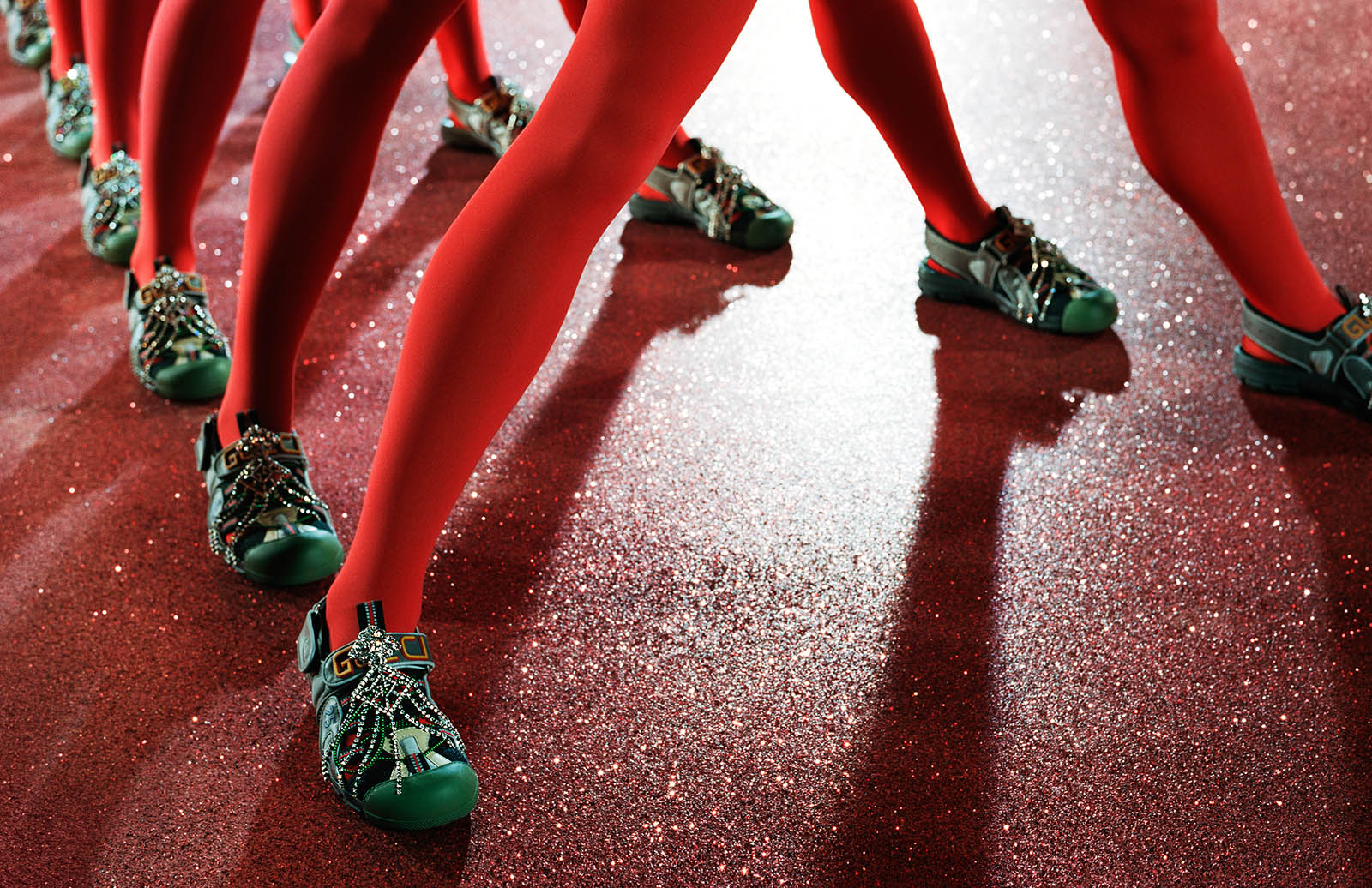 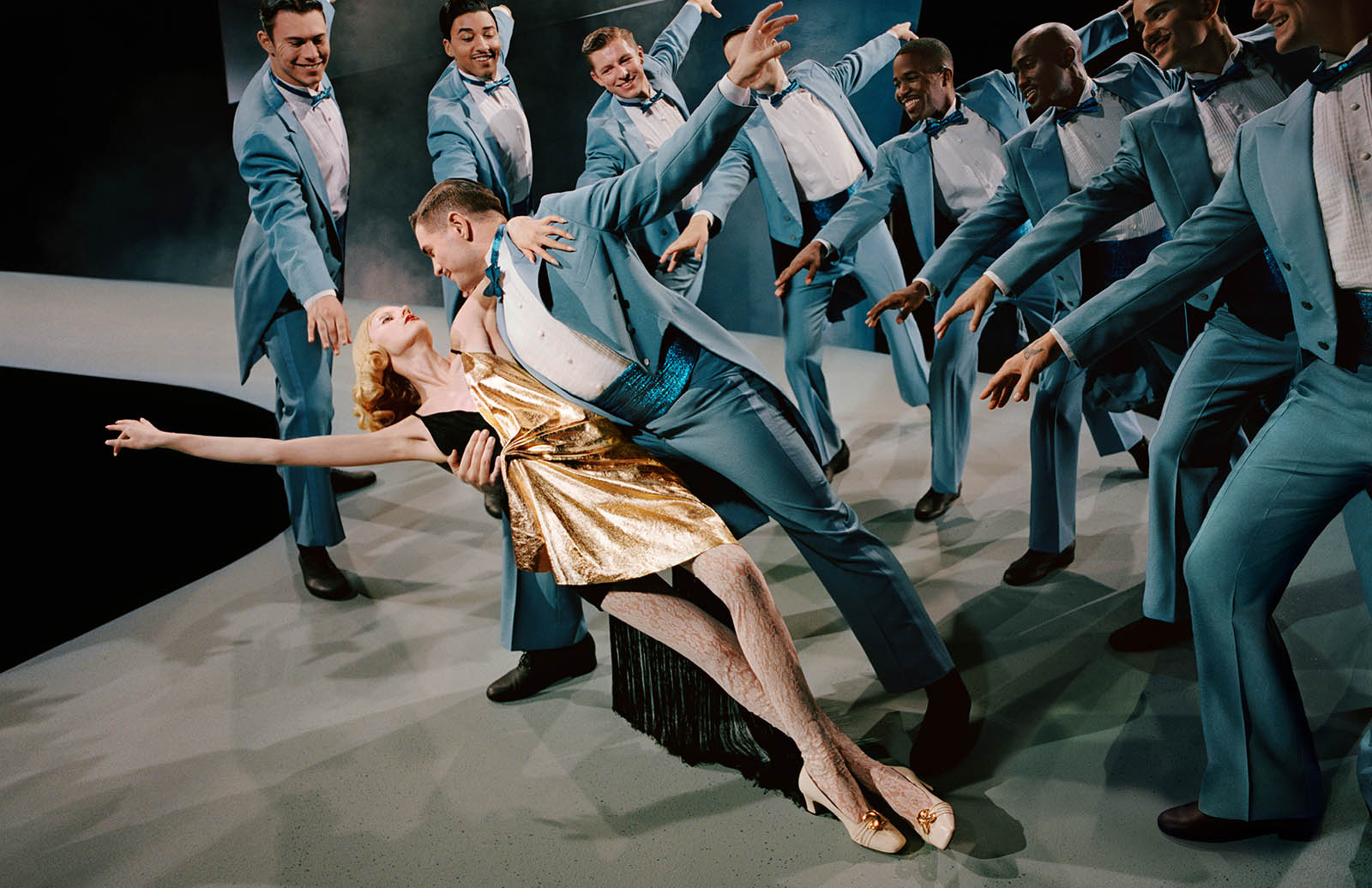 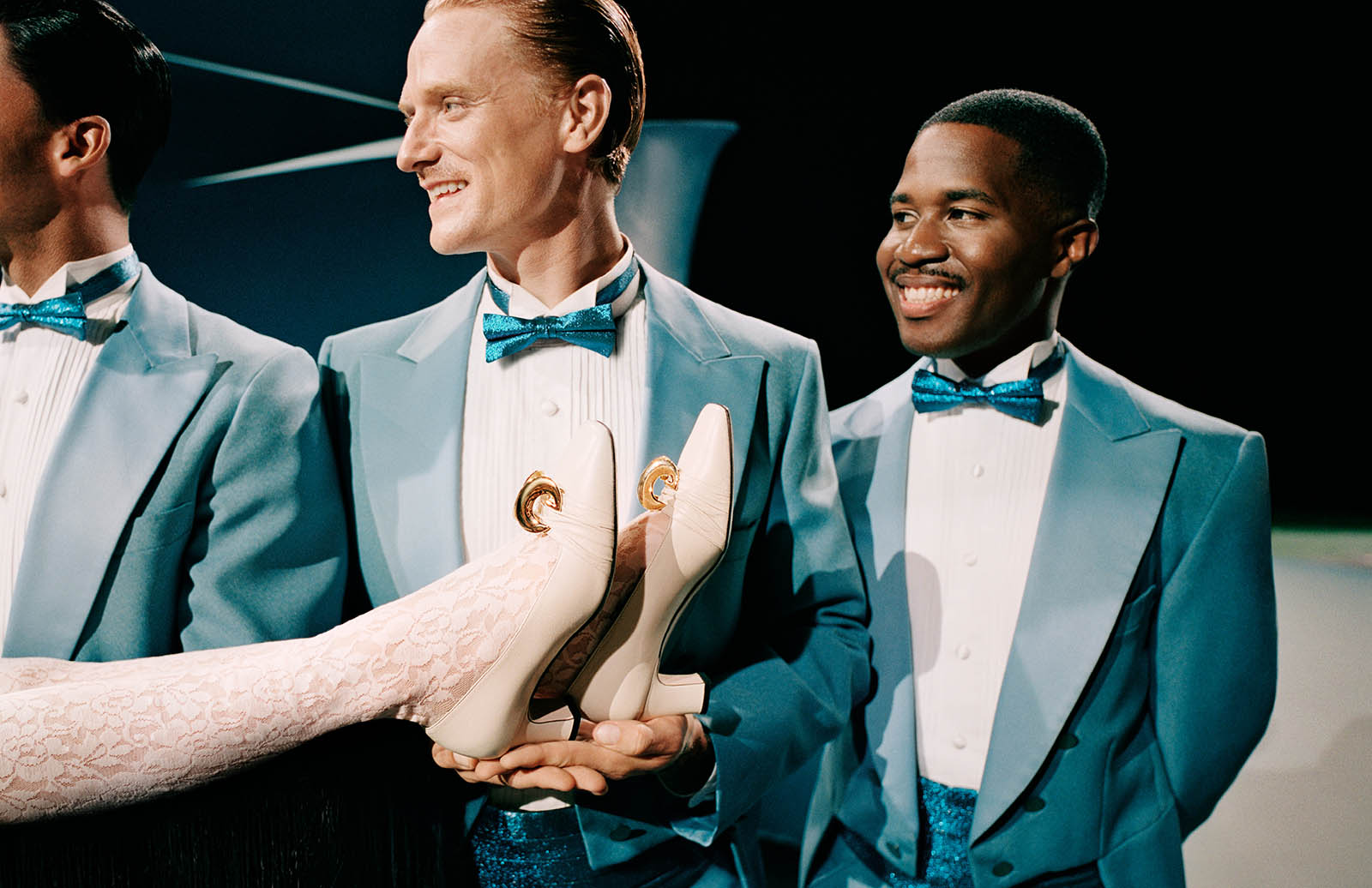 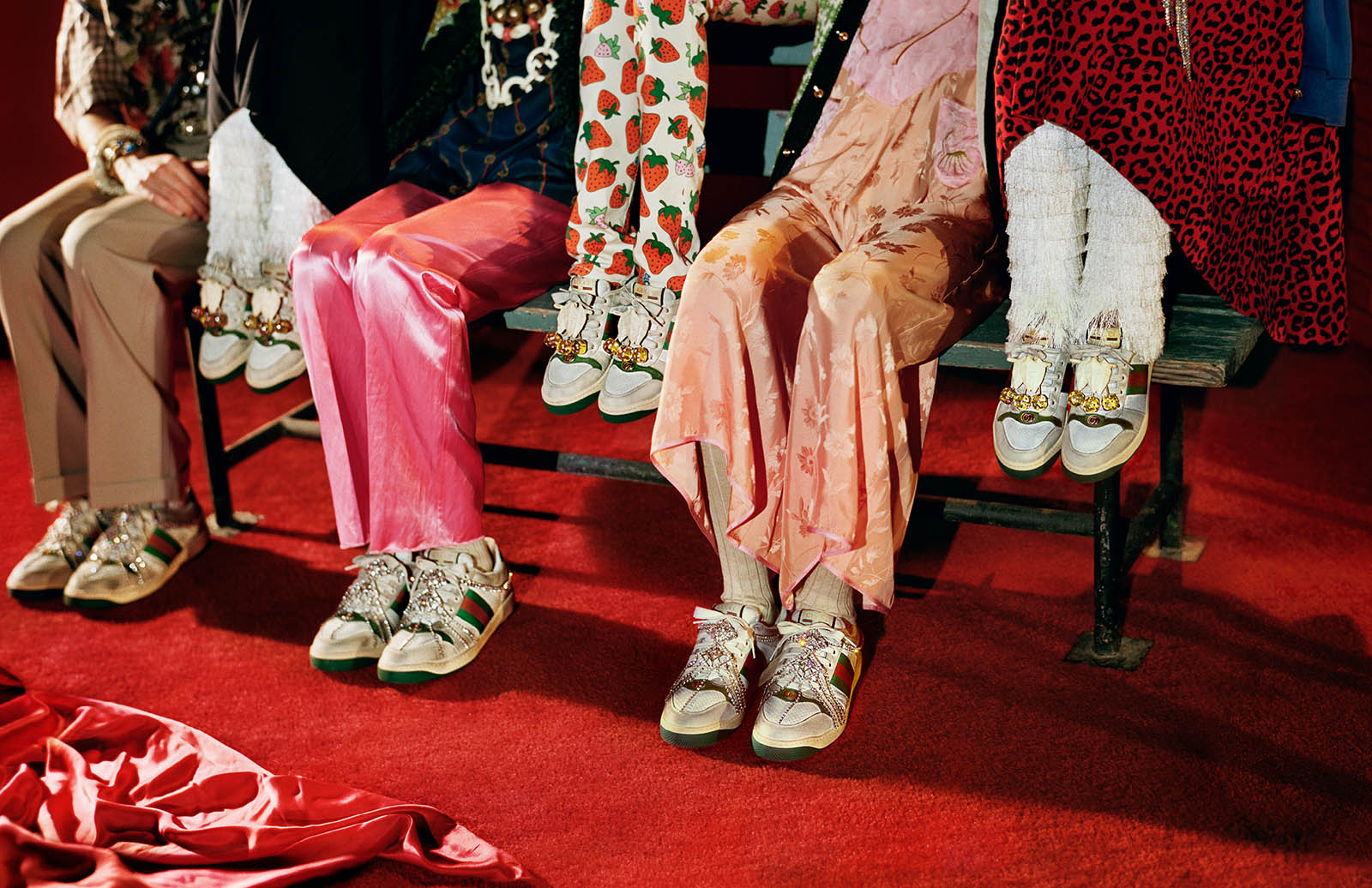 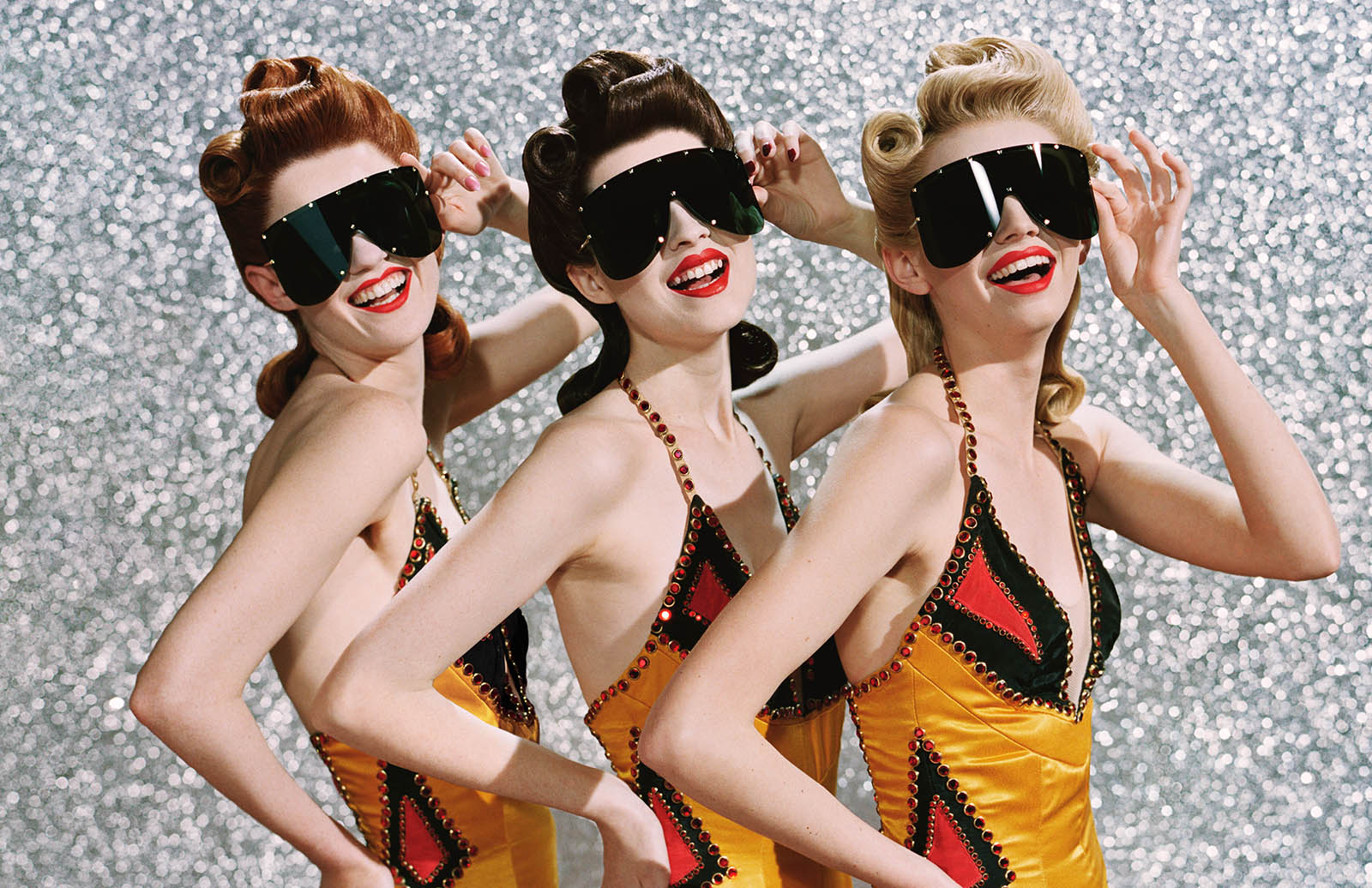 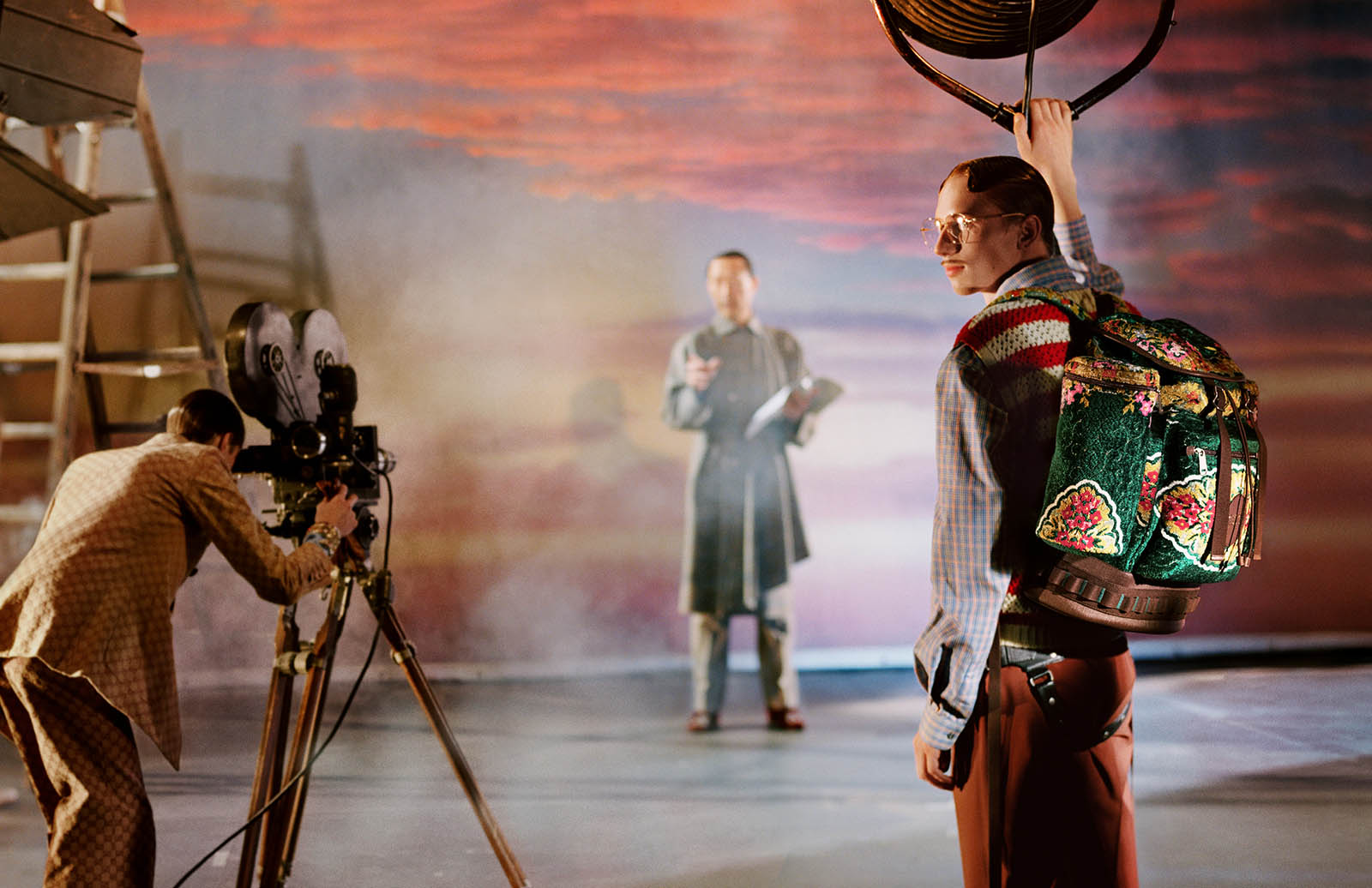 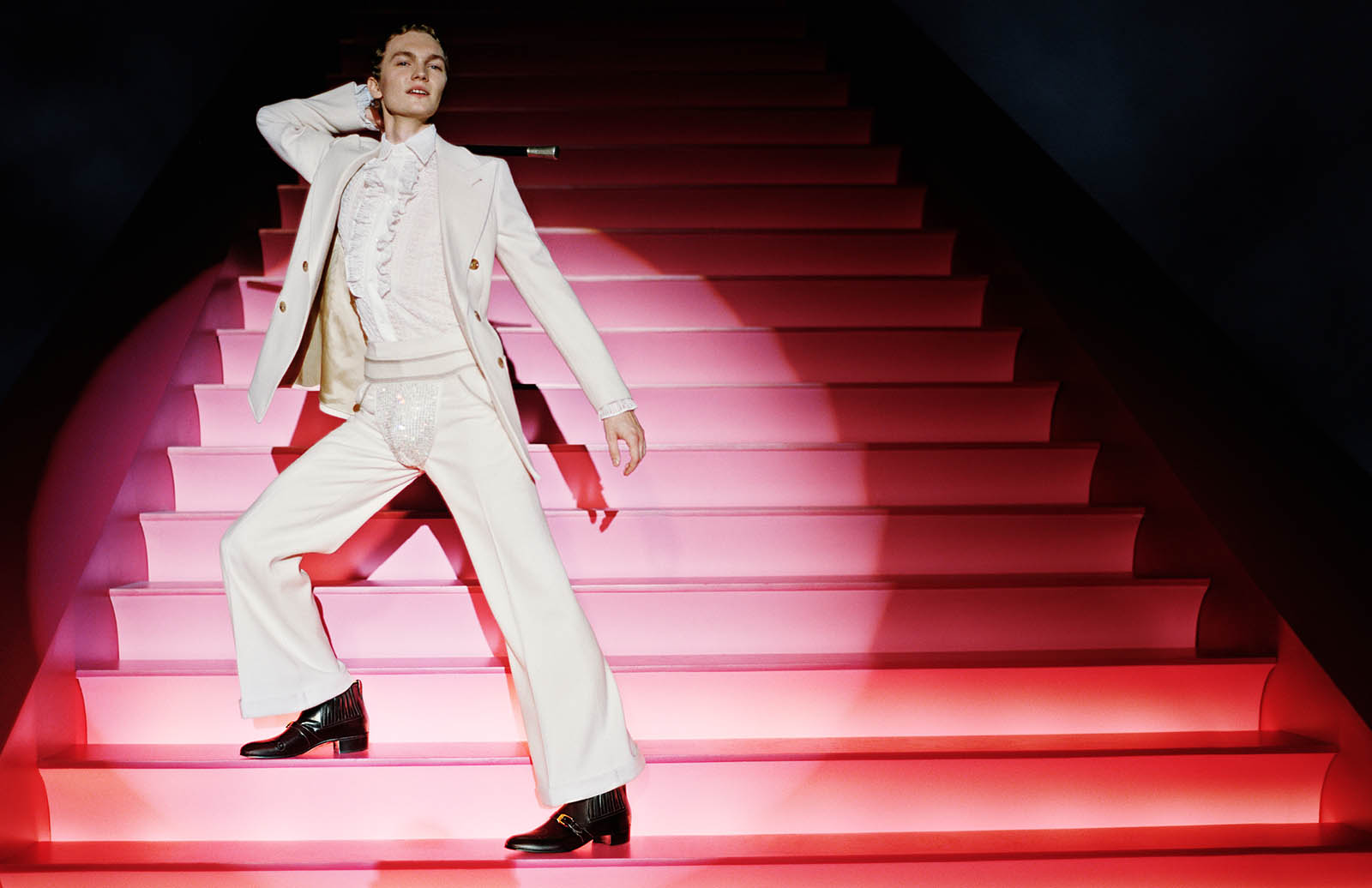 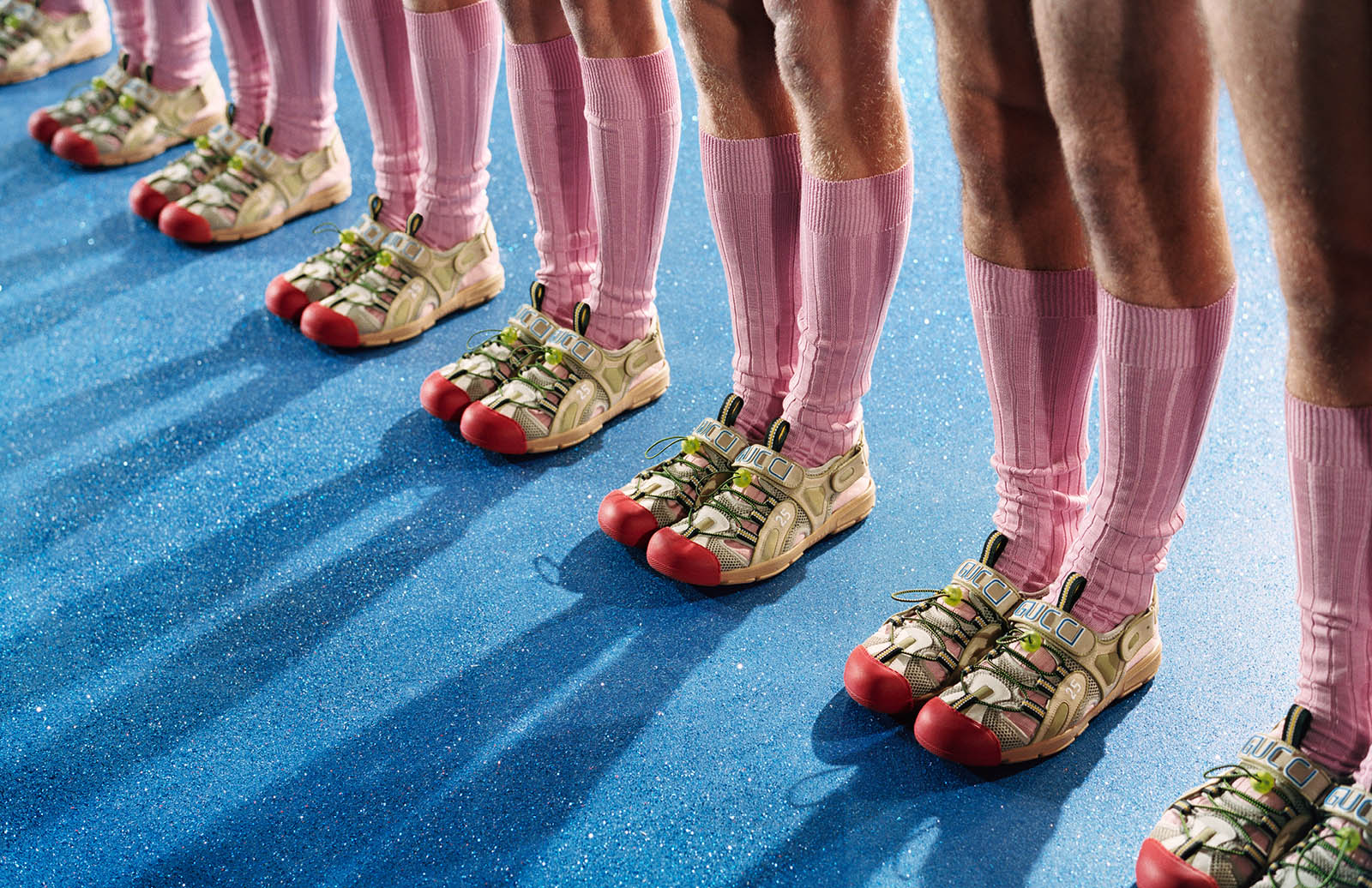 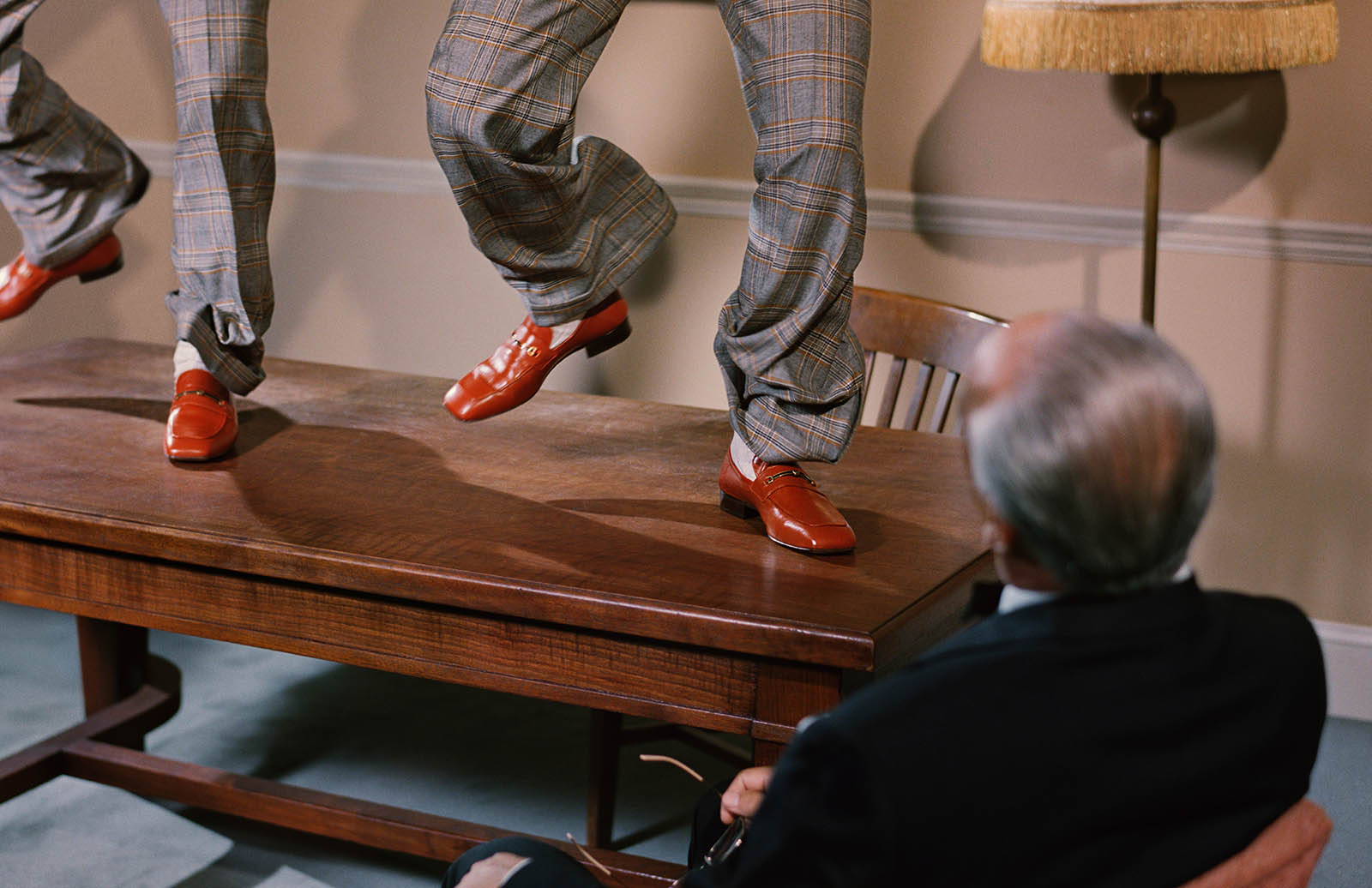 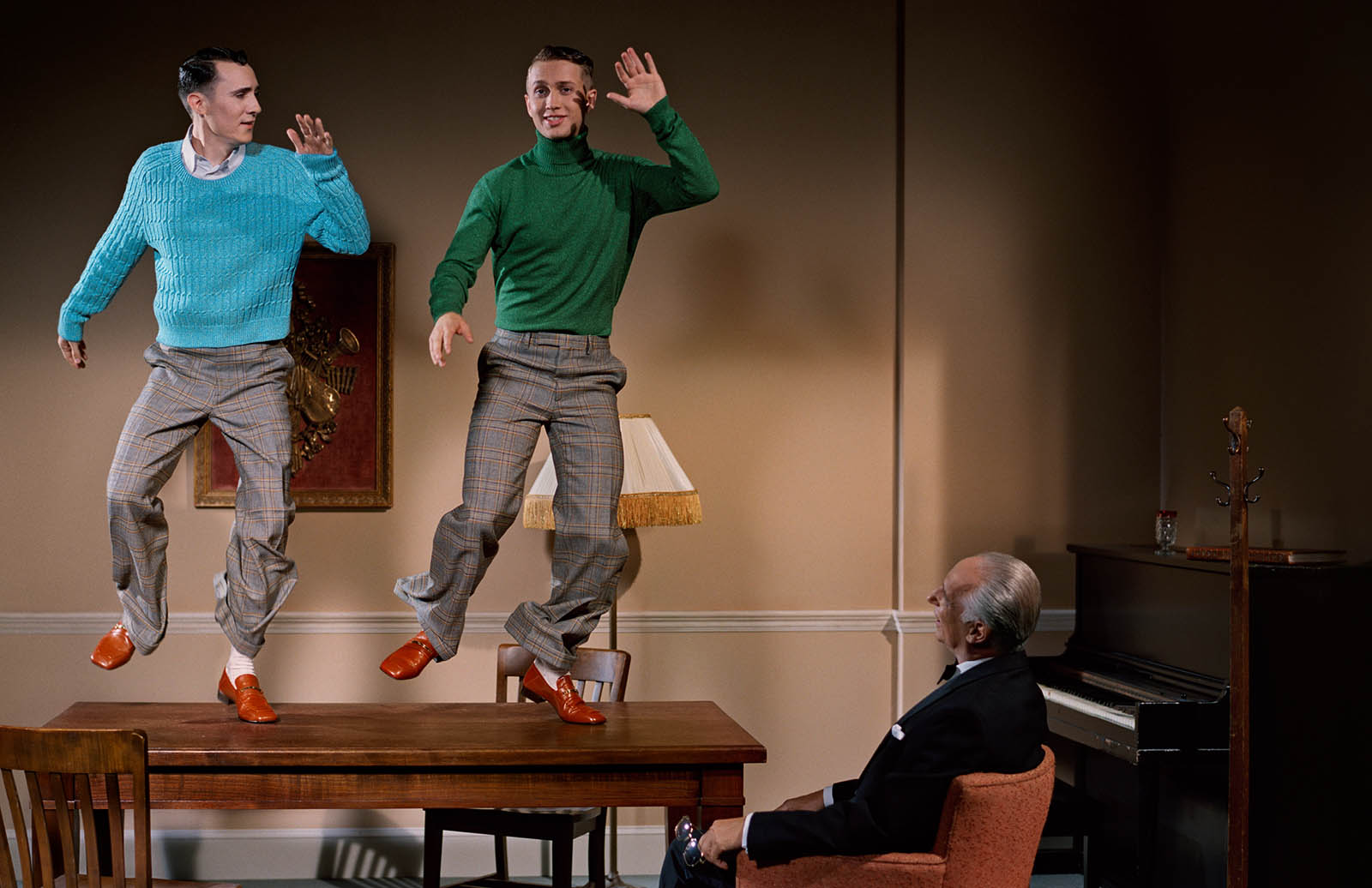 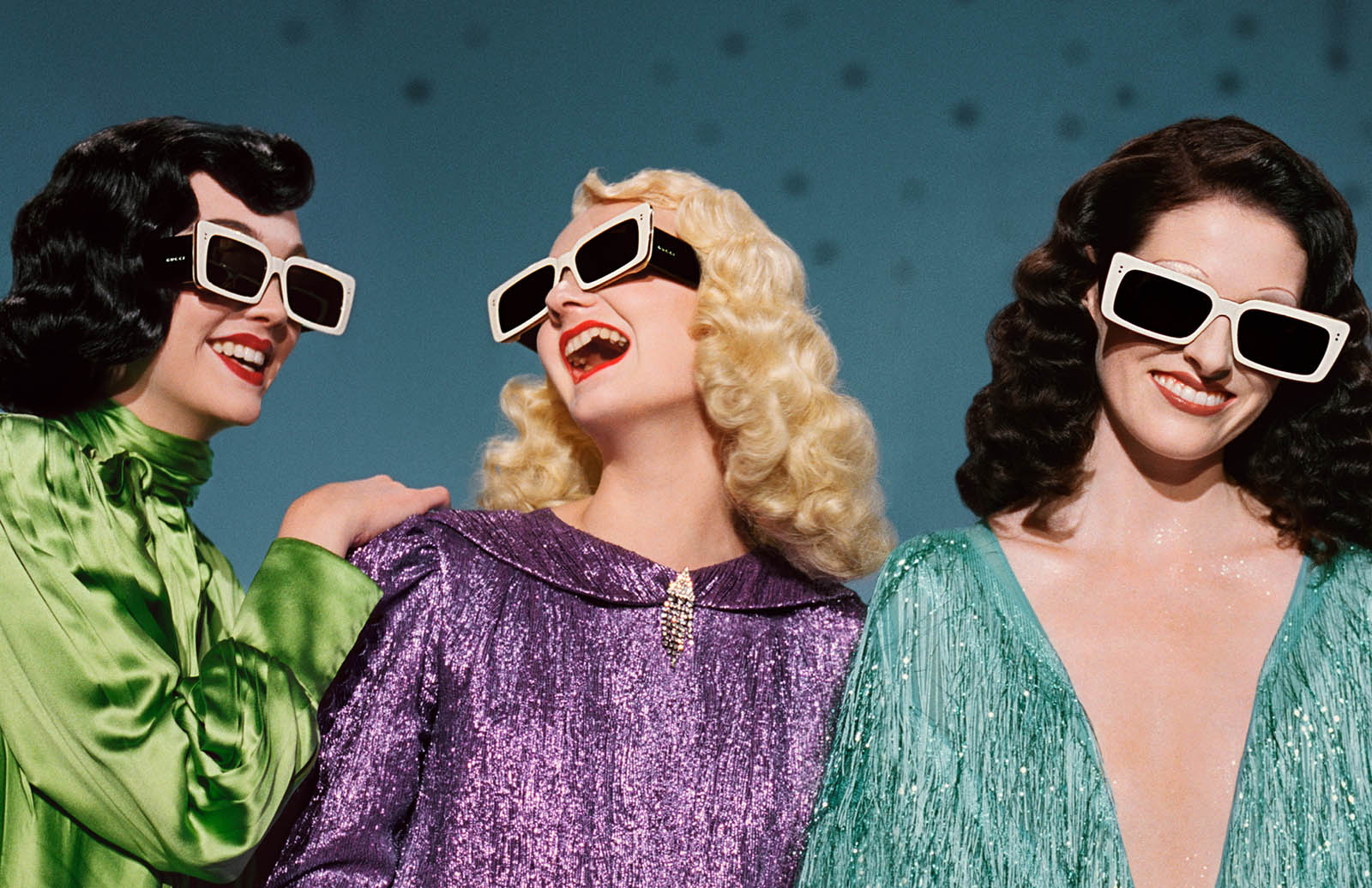