Ahead of next week’s deluxe reissue of 2020 album My Agenda, Dorian Electra has released a ludicrous video for the album’s titular track, turning conservative conspiracies into a furry fuelled extravaganza. This is a video so rich with pop culture references that to even attempt to explain it to someone from, say, a decade ago would be like trying to explain Bitcoin to a caveman. Whilst there have already been various interpretations of the contents of the video, the main premise is that some sort of gay militia (a comic subversion of ‘The Gay Agenda’) is quite literally putting chemicals in the water to turn the frogs gay, mocking Alex Jones’ infamous rant.
The video’s absurdity, whilst undoubtedly a brainchild of Electra, benefitted from the input of various collaborators. Pussy Riots’ Nadya has a vocal cameo, and Electra’s direction was aided by accomplished artists Weston Allen and Mike Diva, who have worked with everyone, from 100 Gecs to Lil Nas X.

The video is relentlessly packed with references to meme culture, the Orwellian billboards of the regime use the Impact font (the meme font), the meme klaxons are heard throughout, and the frog in question, who eventually becomes a sort of anthropomorphic Godzilla figure, is none other than Pepe. Initially a light-hearted cartoon, Pepe became a symbol co-opted as an alt-right dog whistle. It’s hard to believe that something so seemingly low brow could have any real political weight, but the inclusion of Pepe is antagonism to the point of activism. As well as all these references, Electra’s band of furry followers and the intermittent anime tableaus throughout exacerbate the contemporaneity of the video – it could not be more 2021 if it tried.

Ultimately, Electra has done what so many fail to do, and produce something of genuine musical, political, and comedic merit. We here at METAL look forward to seeing them again soon in the near future, both at Barcelona’s Boiler Room Festival, where they will be performing a DJ Set on November 26, and beyond. 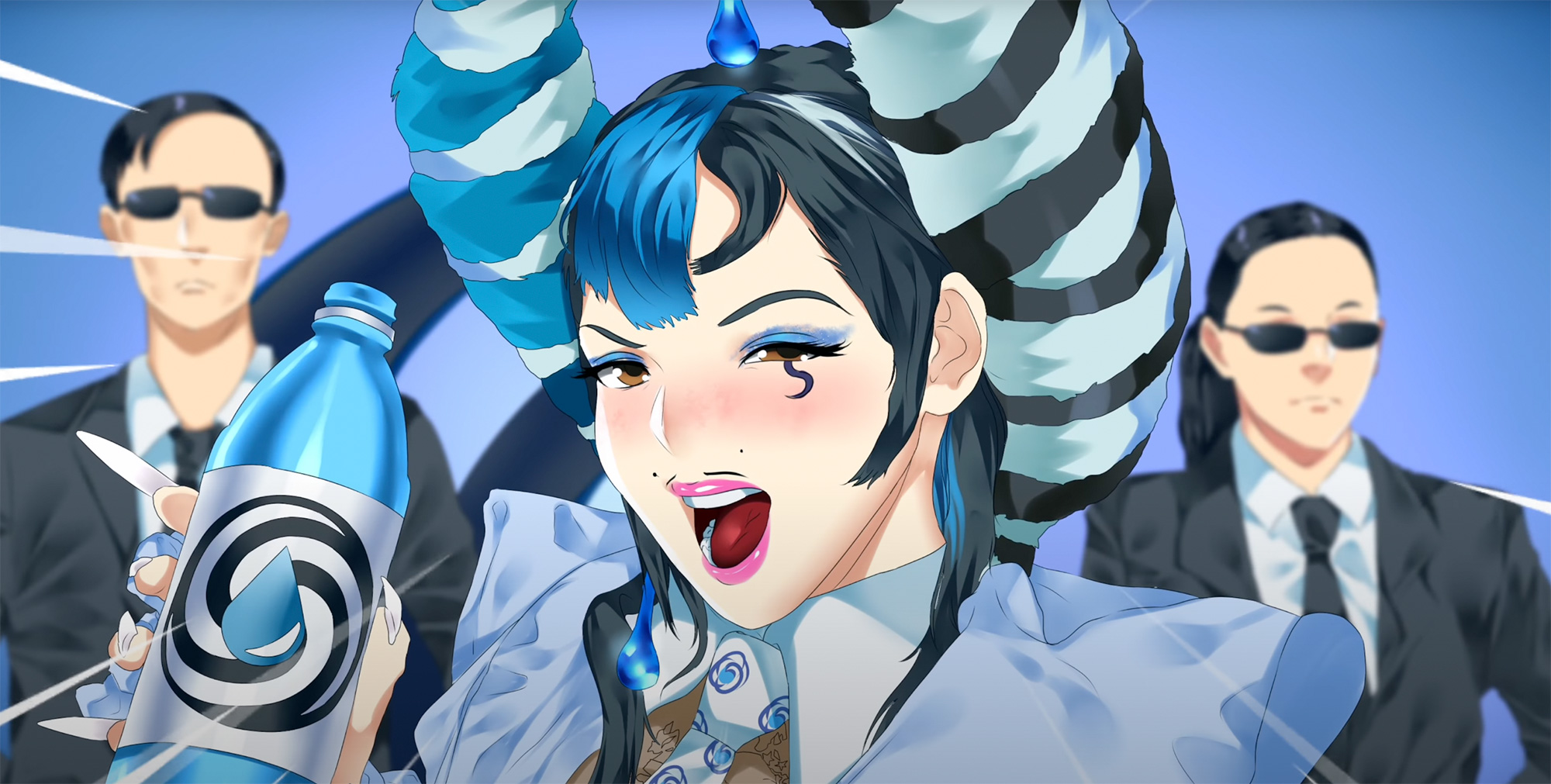