Directed by Fabien Baron, the new Dior Cruise 2021 campaign takes us to the sun-drenched landscapes of Puglia, a land close to Maria Grazia Chiuri’s heart. The physical presentation months ago, which took place in the Piazza del Duomo in Lecce and was adorned by Marinella Senatore’s breathtaking immersive lighting installation, already featured a group of performers dancing to pizzica, a traditional dance of the region. Now, in the video campaign, this folk ritual in which a spider’s bite leads to a healing song and dance is still central, thus highlighting the strong bond between Dior and the House’s creative director’s roots.
Together with the video, which is at a crossroads between a fashion film and a hauntingly beautiful fairy tale, Dior unveils the campaign photos by Hong Kong-based photographer Lean Lui, which highlights the collection’s designs “in a singular atmosphere, imbued by the magic and power of ancient rites that are perpetuated to this day.” Delicate dresses, intricate and rich lace, corsets that reinvent femininity, and long skirts inspired by traditional Italian dress make up most of the campaign styling, which merges the old and the new, the traditional and the contemporary, the magic and the mundane, fantasy and reality. In the words of Dior, “a radiant, fairy tale getaway that magnifies the unalterable poetry of nature in the Salento region.” 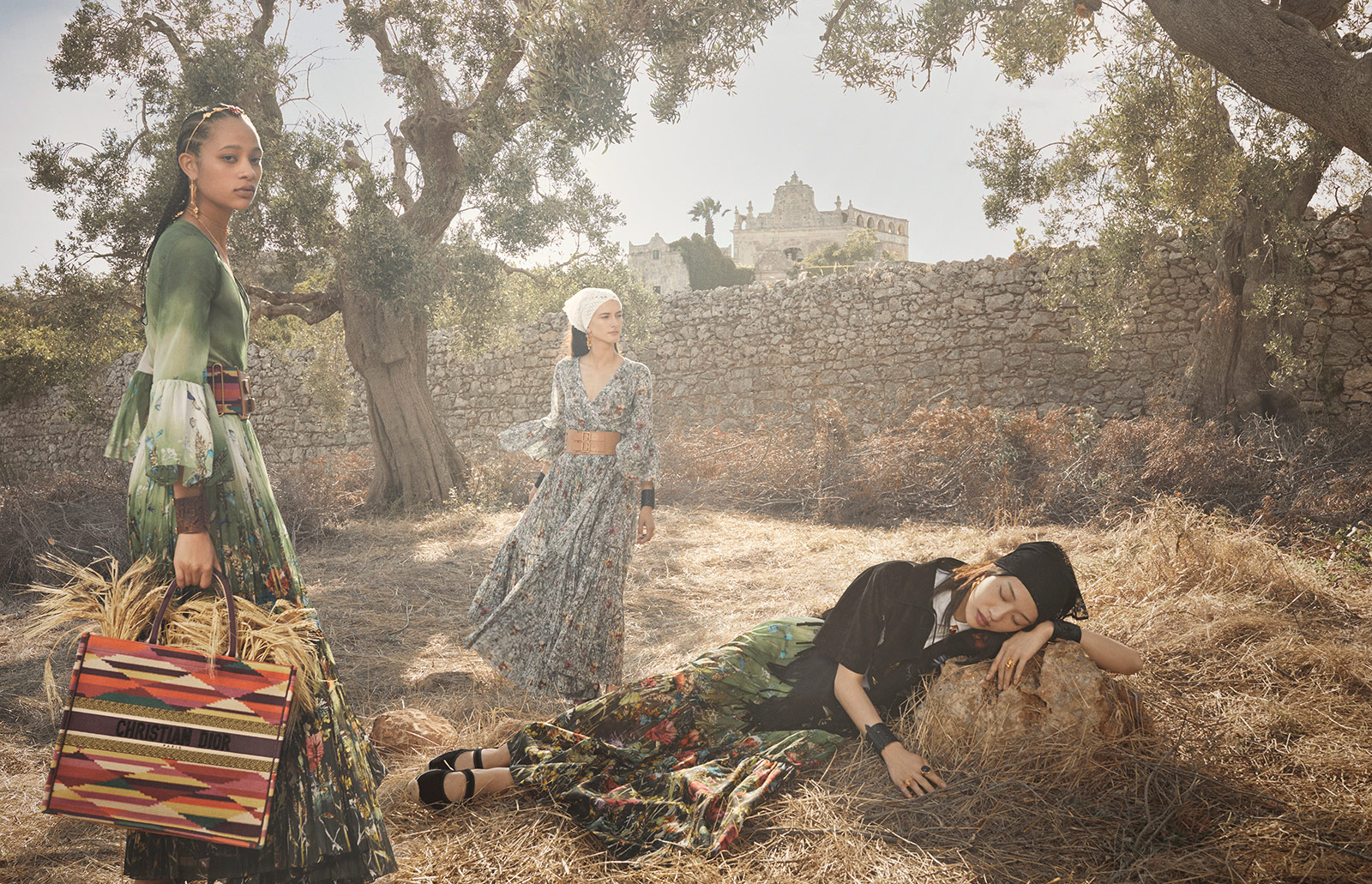 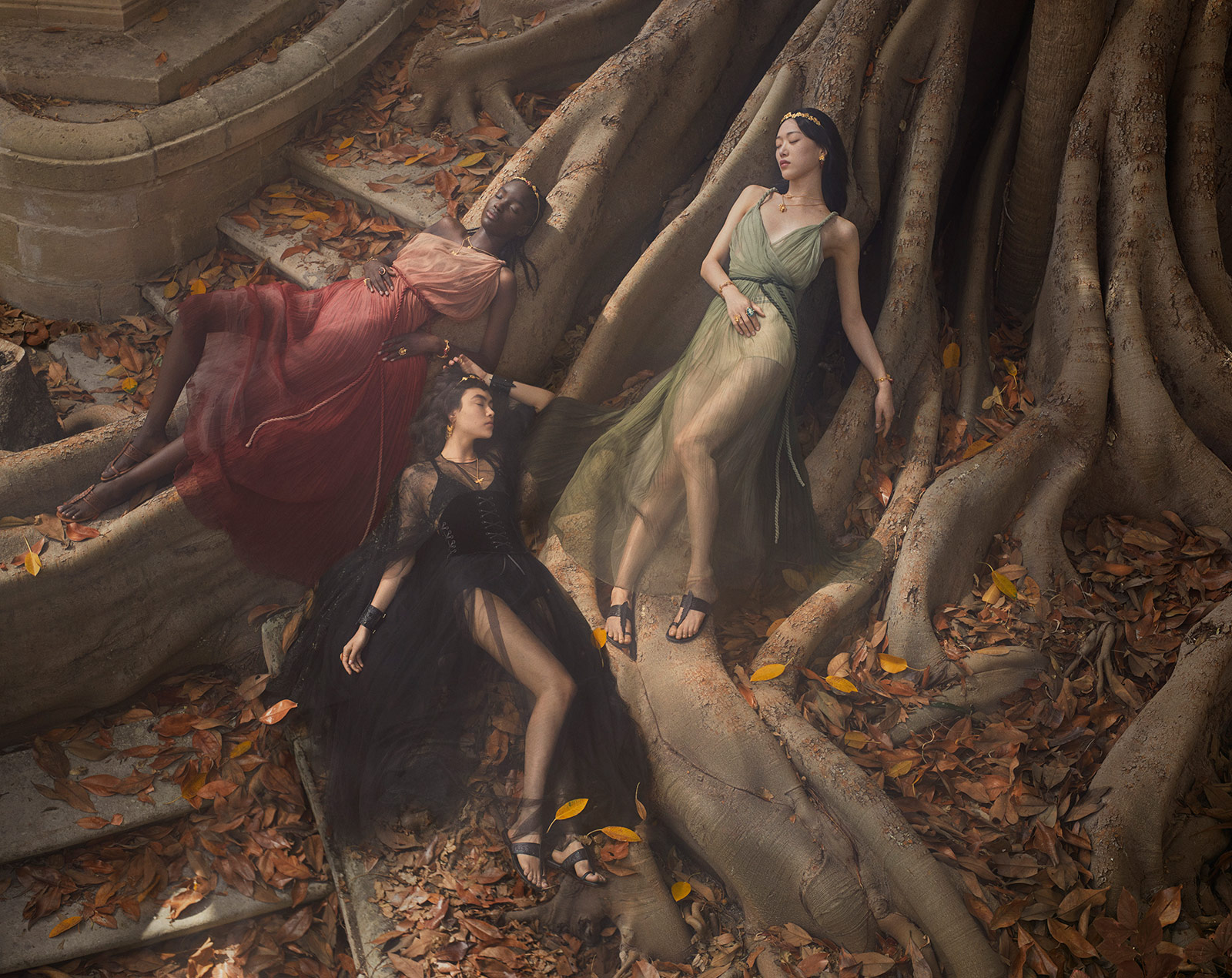 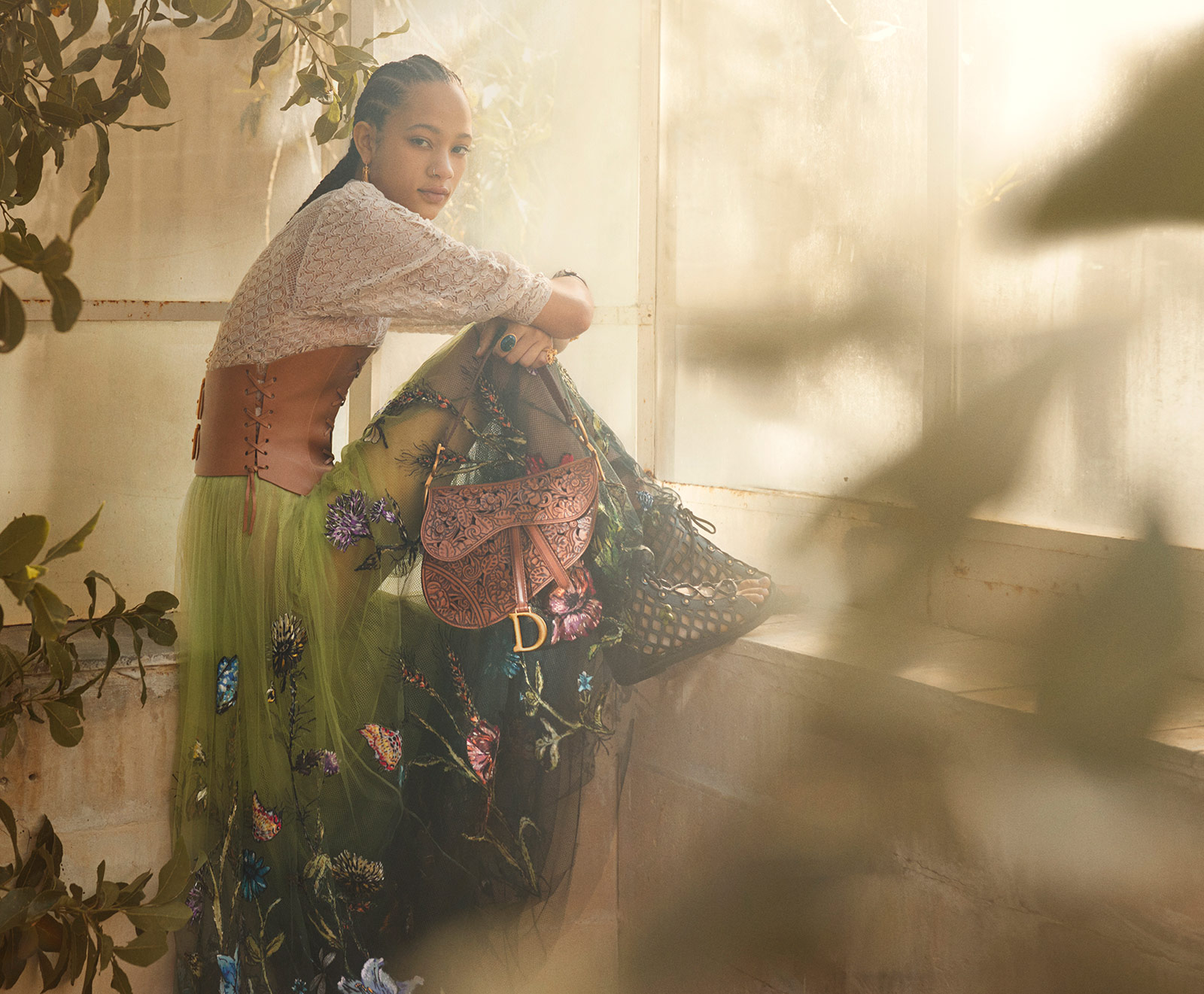 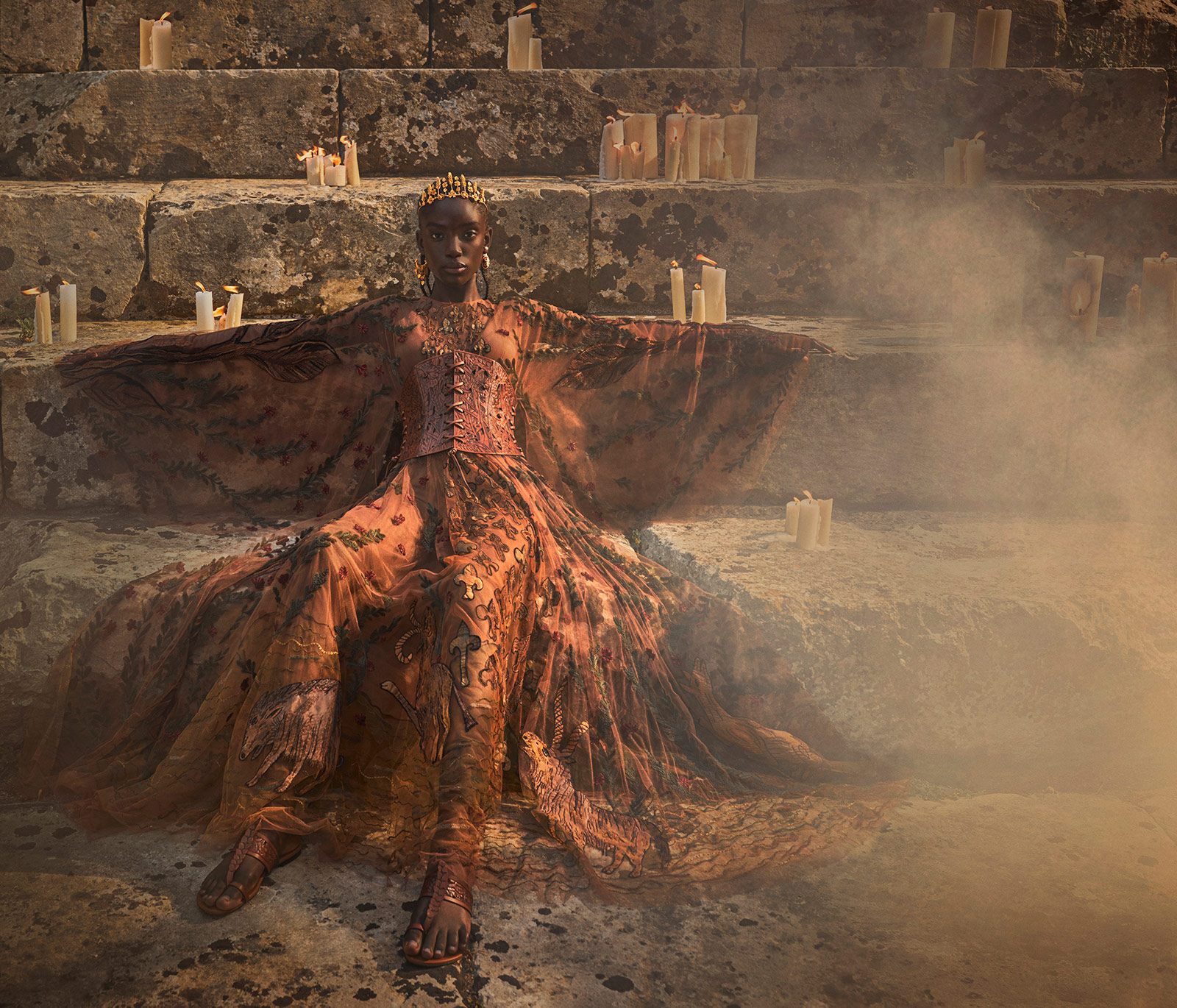 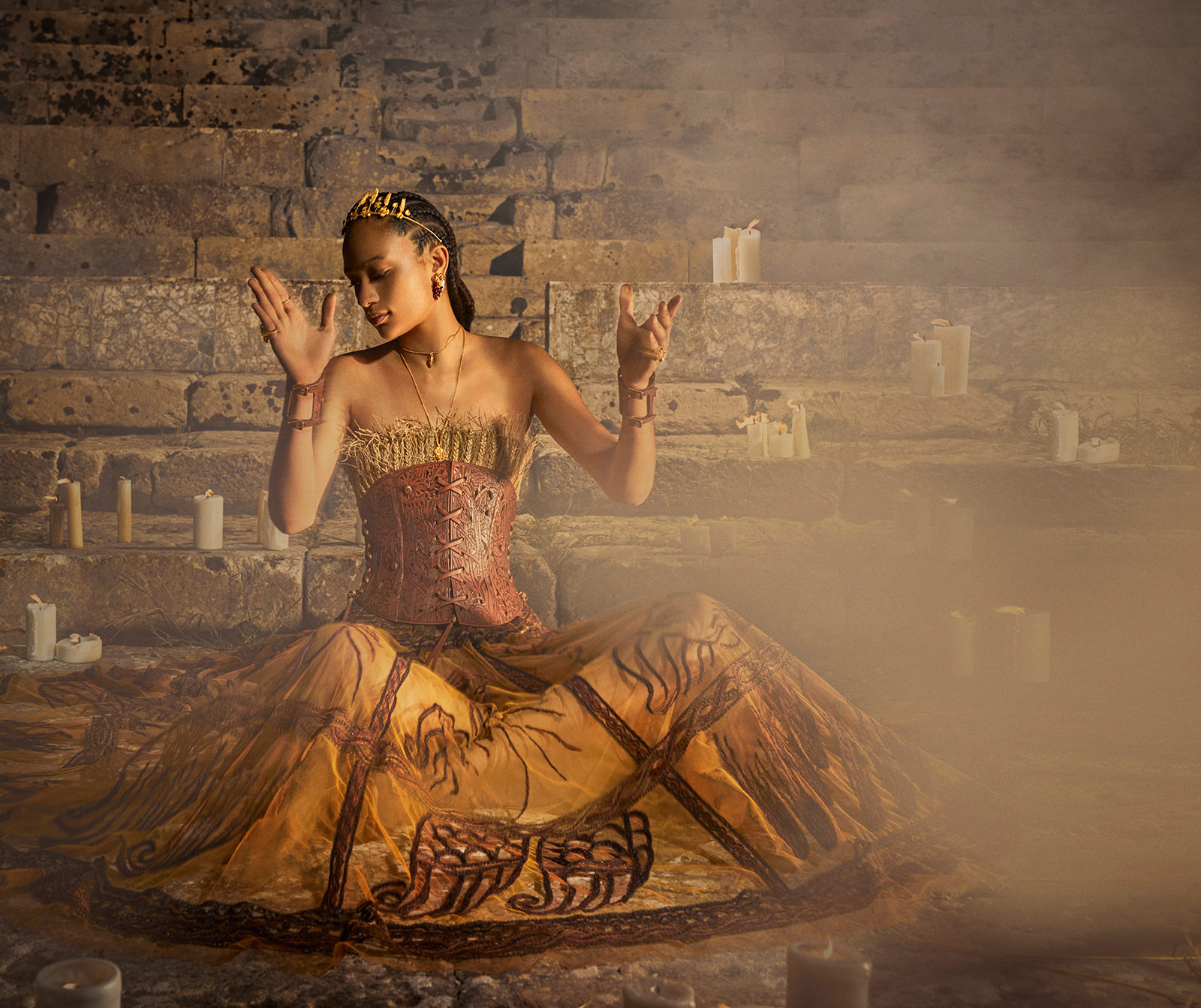 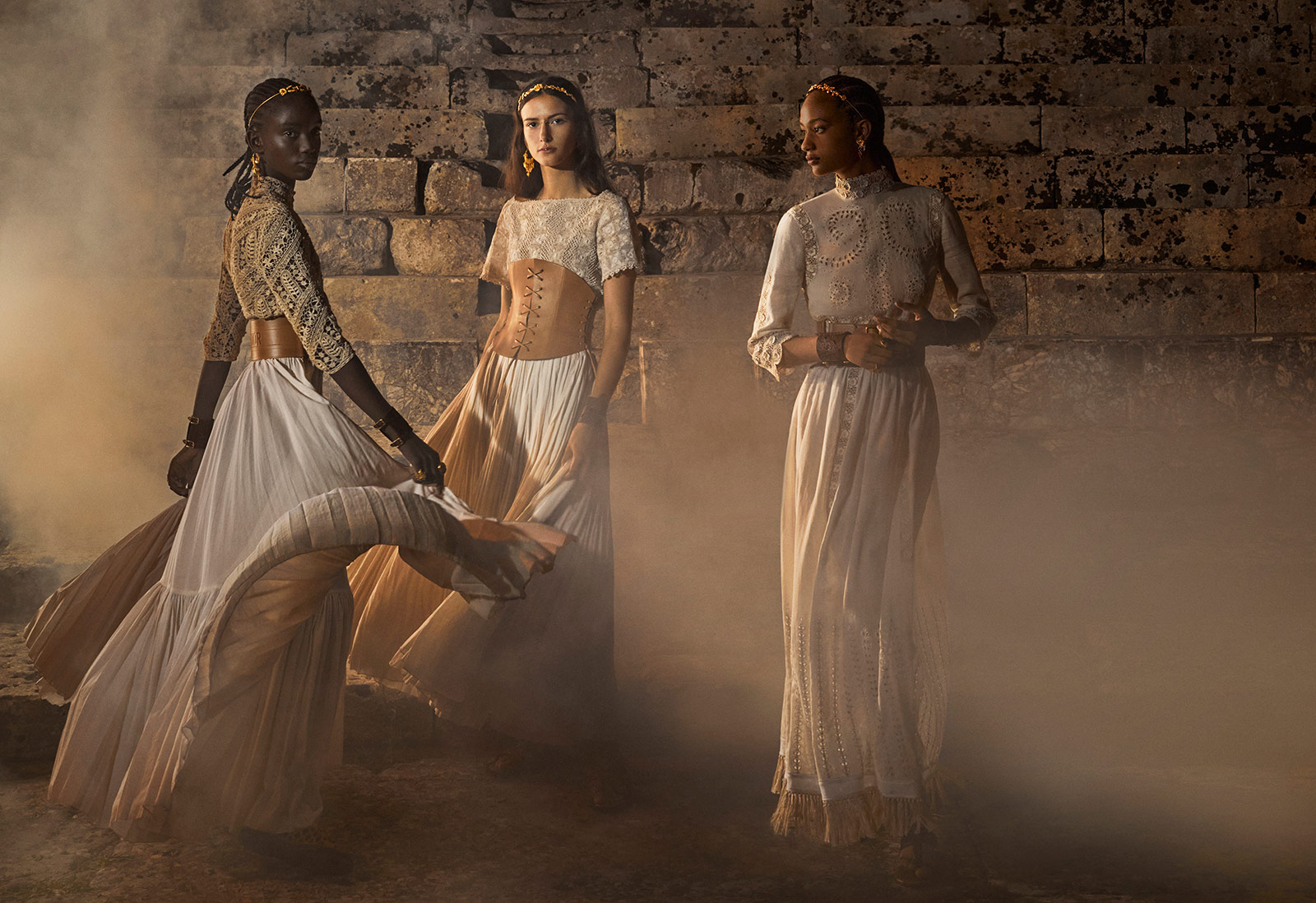