There’s nothing backwards about Spanish fashion brand Desigual. Well, nothing apart from its revamped logo. With this new branding has come a preoccupation with supporting young artists by sponsoring events like Sónar. The Desigual inBeta programme both backed practising creatives and served to nurture the artist lying dormant in the average festival-goer. The line-up at Sónar by Day featured events designed to tantalise all of the senses and ignite creative curiosities. From body painting by Claudia Sahuquillo, a VR experience at the Onionlab studio wherein you discover your artistic energy, the multi-sensory musical endeavour at the Suco sessions, to the live performance by up-and-coming R&B diva Aleesha, there was something for anyone and everyone, even those of us who identify as artistically challenged. 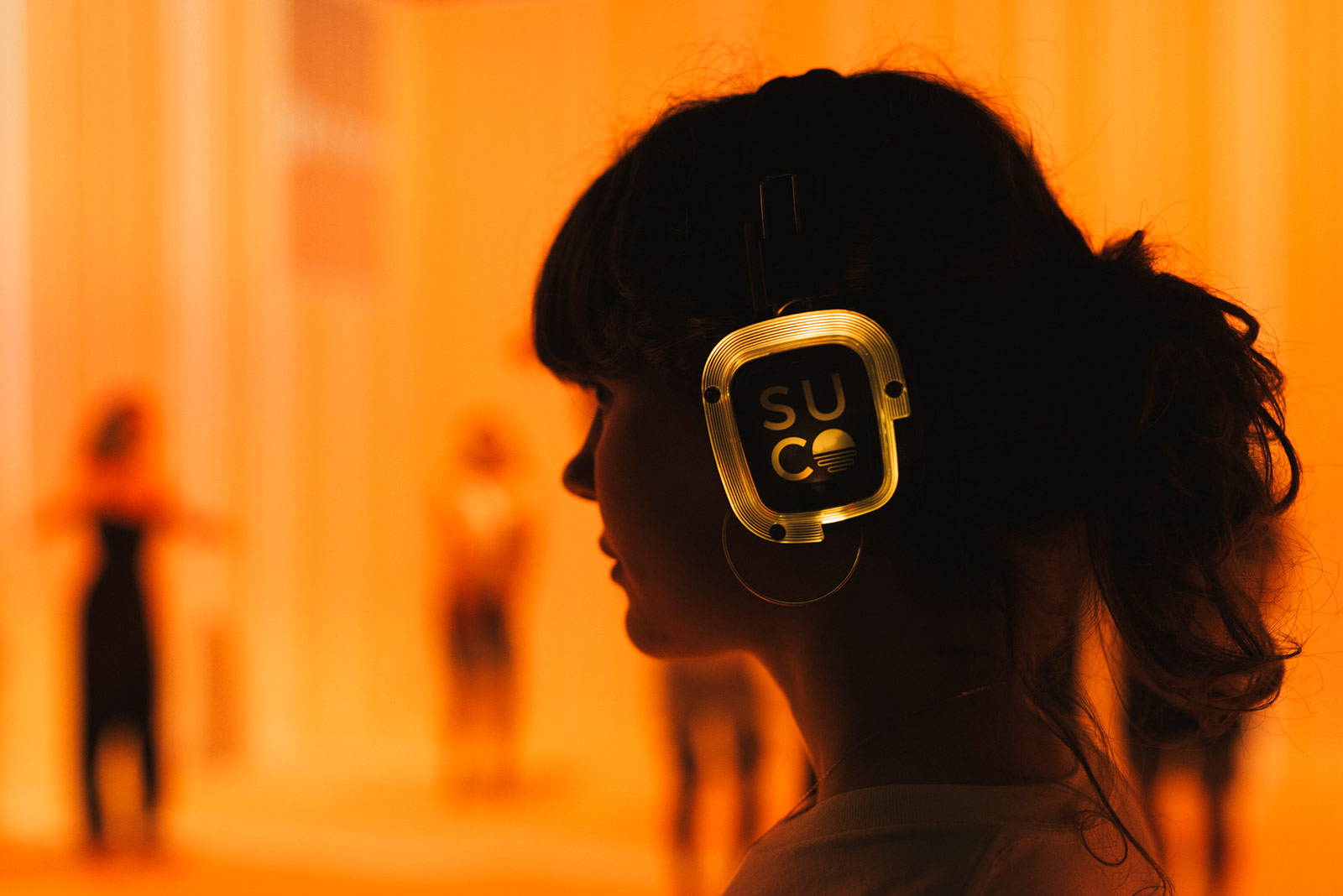 To engage people’s physical bodies, the young artist and entrepreneur Claudia Sahuquillo was commissioned to do what she does best: use the human body as a canvas. After painting on canvases since she was 6, Claudia grew bored of this fairly one-dimensional medium and was eager to explore spaces outside the boundaries of this traditional medium. Thus she began using the body as canvas. Her work quickly went viral, and her feminist approach to painting in conjunction with the #freethenipple movement lured big brands Desigual to her like wasps to honey within a year realizing her unique vision.

At the festival, she swapped her usual matte paints for festival appropriate neon. Claudia and her team of artists painted tribal patterns on the eagerly awaiting public, who were then ready to go from day to night in their neon war paint. Of her multiple collaborations with Desigual, Claudia says: “I’ve been working with them a lot because they are now changing. They are working with young artists, and I think they are interested in me because (obviously) I’m an artist but also a feminist and an entrepreneur. I think they are interested in this kind of young woman.” Desigual indeed must have had this kind of woman in mind when designing their loud, print-heavy, youthful clothing.

To ignite one’s unique artistic energy, Onionlab’s installation for Sónar+D utilised biometric technology to determine the colour that corresponded with each individual’s creative personality. After this was determined by the hands-on totem, one then walked, danced and/or strutted down a mirrored tunnel that filled with light. A video of this was then sent to the user, in which they discovered the meaning of the colour that their body generated. Mine was blue – perhaps a reflection of the exhausting and yet exciting influence of day three of the festival on my body. 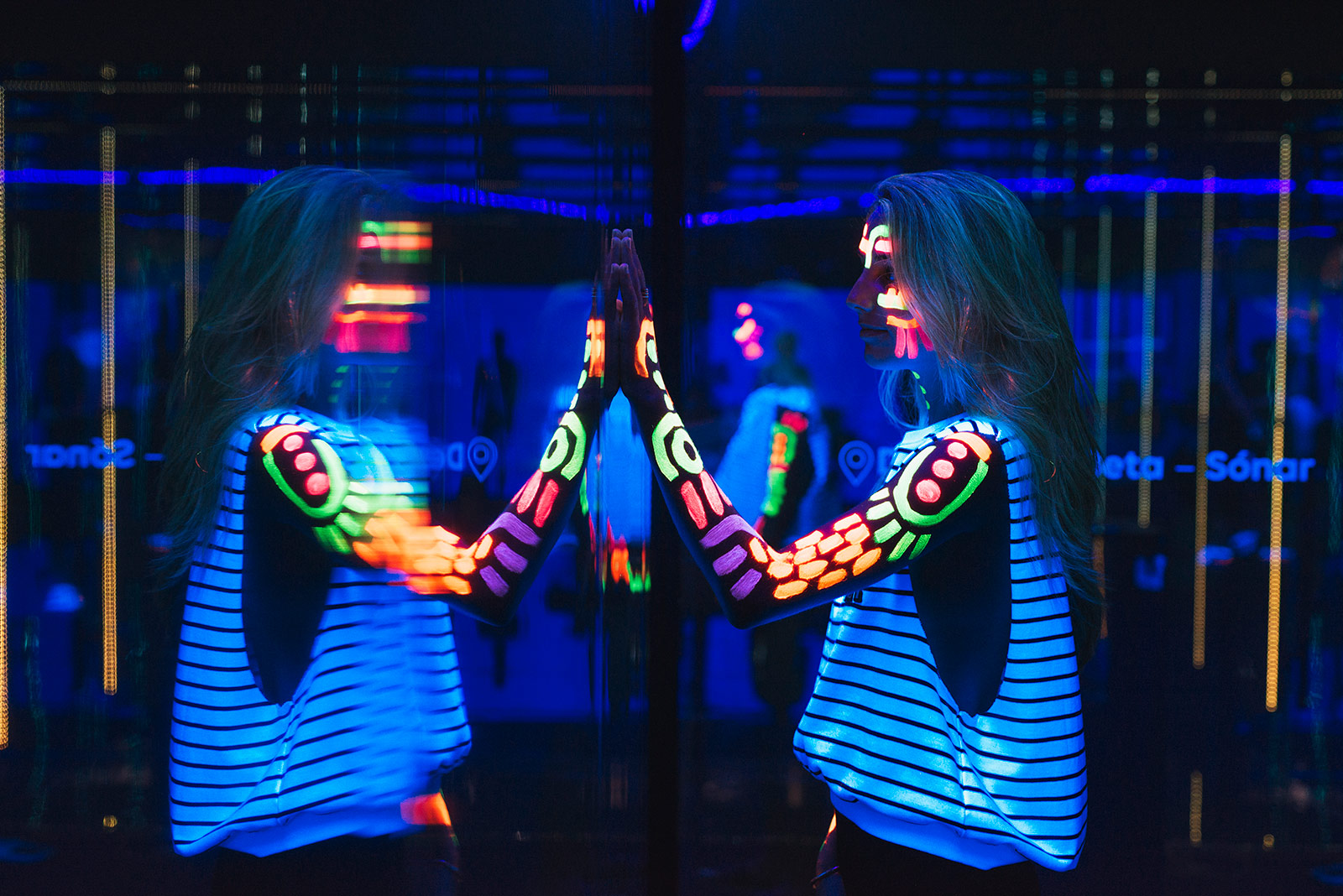 Through the Onionlab tunnel, a futuristic equivalent to Alice’s rabbit hole, you then came upon Suco Sessions by Branko; a psychedelic audio-visual wonderland. It was not your average silent disco; I’ll tell you that for nothing. On entering, you were instructed to remove your shoes and your inhibitions, replacing these with a set of headphones. The smooth voice of Jamie Beron and tribal, musical stylings of Branko guided you through moves that were a hybrid of yoga, tai chi, and straight-up nonsensical dancing. Starting very zen and calming, leading to a crescendo that can only be described as an insane expelling of energy. After some deep breathing, participators were instructed to stand on one of the circles of light that appeared on the floor with one other stranger, who were then asked to hold hands and do trust exercises together. This breeching of usual social conduct was a testament to festival micro-culture, wherein people from all walks of life come together in a mutual pursuit of good music and unbridled fun.

The Desigual lineup wouldn’t have been complete without a live performance. Aleesha, the R&B singer from Ibiza, has gone from making music in her bedroom to being backed by a fashion empire. On Friday, she performed at the SonarXS stage, which wasn’t nearly big enough for her all-consuming energy. Somewhat reminiscent of Rihanna in her Pon de Replay days, Aleesha’s silky and soulful voice married well with bouts of rap and reggaeton beats. In oversized Desigual printed jeans with white boxers sticking out the top, she repped the brand while also nodding to the fact that she’s another woman trying to take over an industry dominated by men, and killing it. Her energy infected the audience in a way that even had one of the security guards shouting for an encore.

The seamless meeting of minds that was Desigual inBeta was described the Chief Marketing Officer Guillem Gallego as an attempt to get punters to “Discover the most creative, optimistic and energetic version of themselves”. The outcome of the partnership indeed possessed all these qualities, let’s see what other adventures they have in mind for the future. 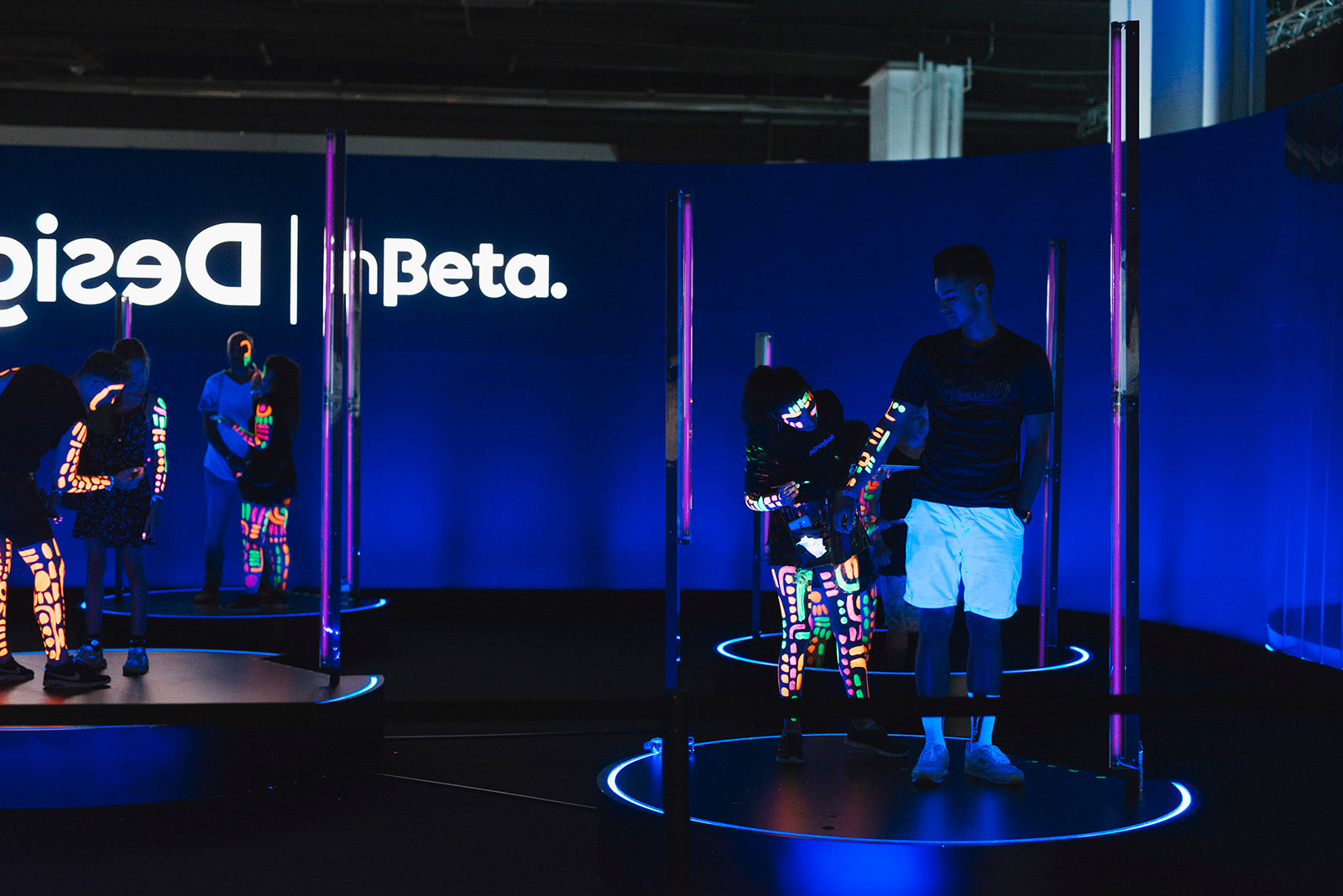 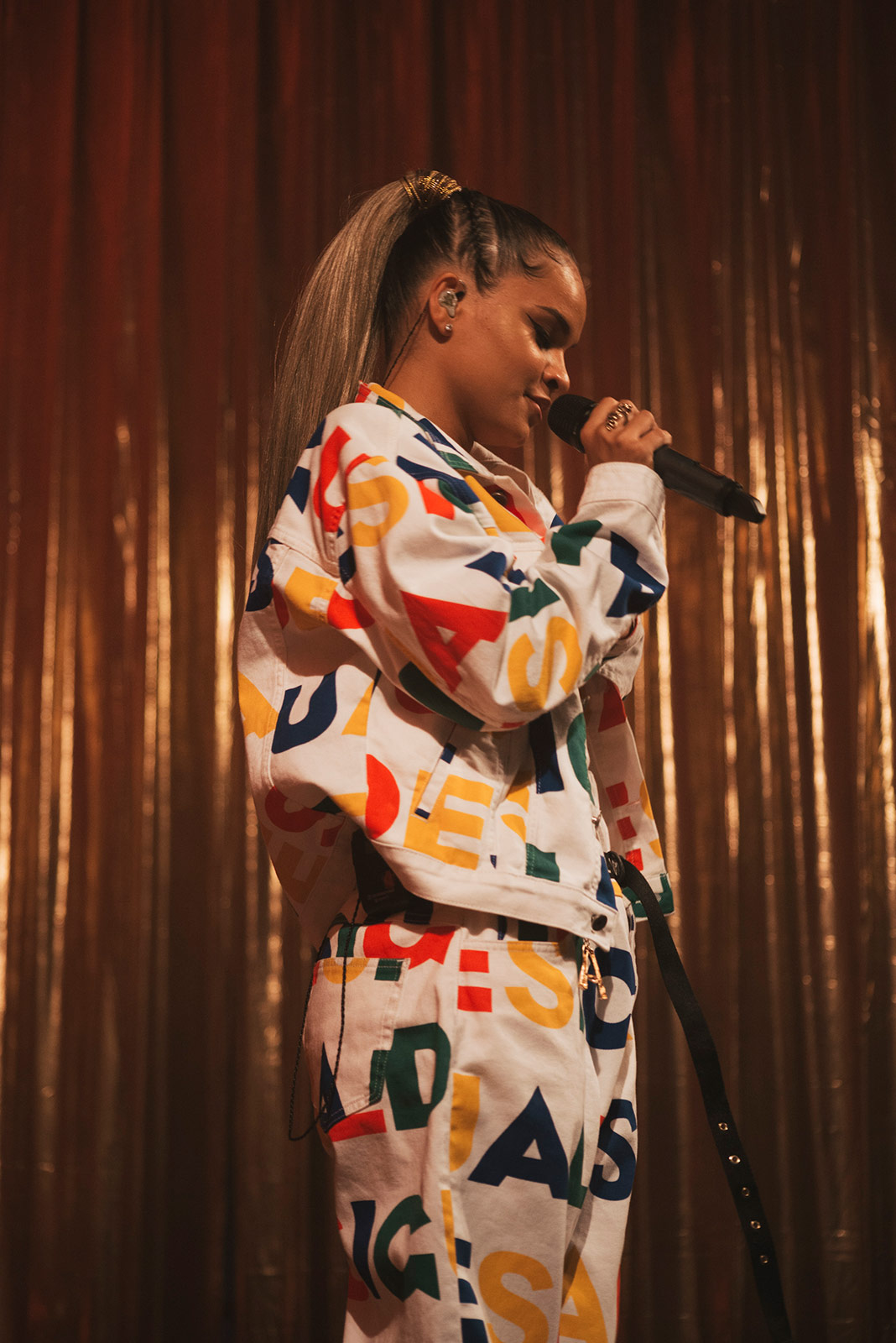 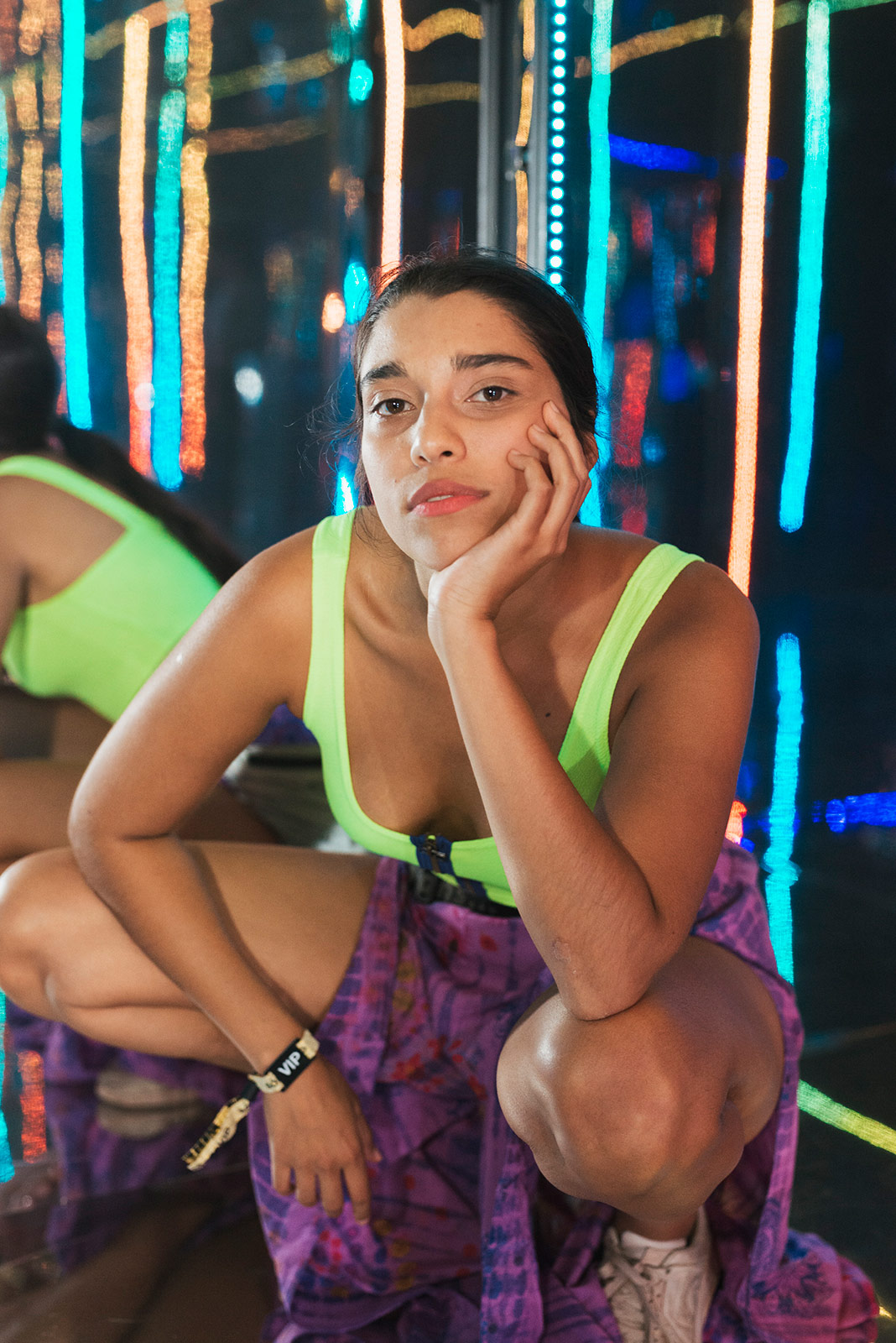 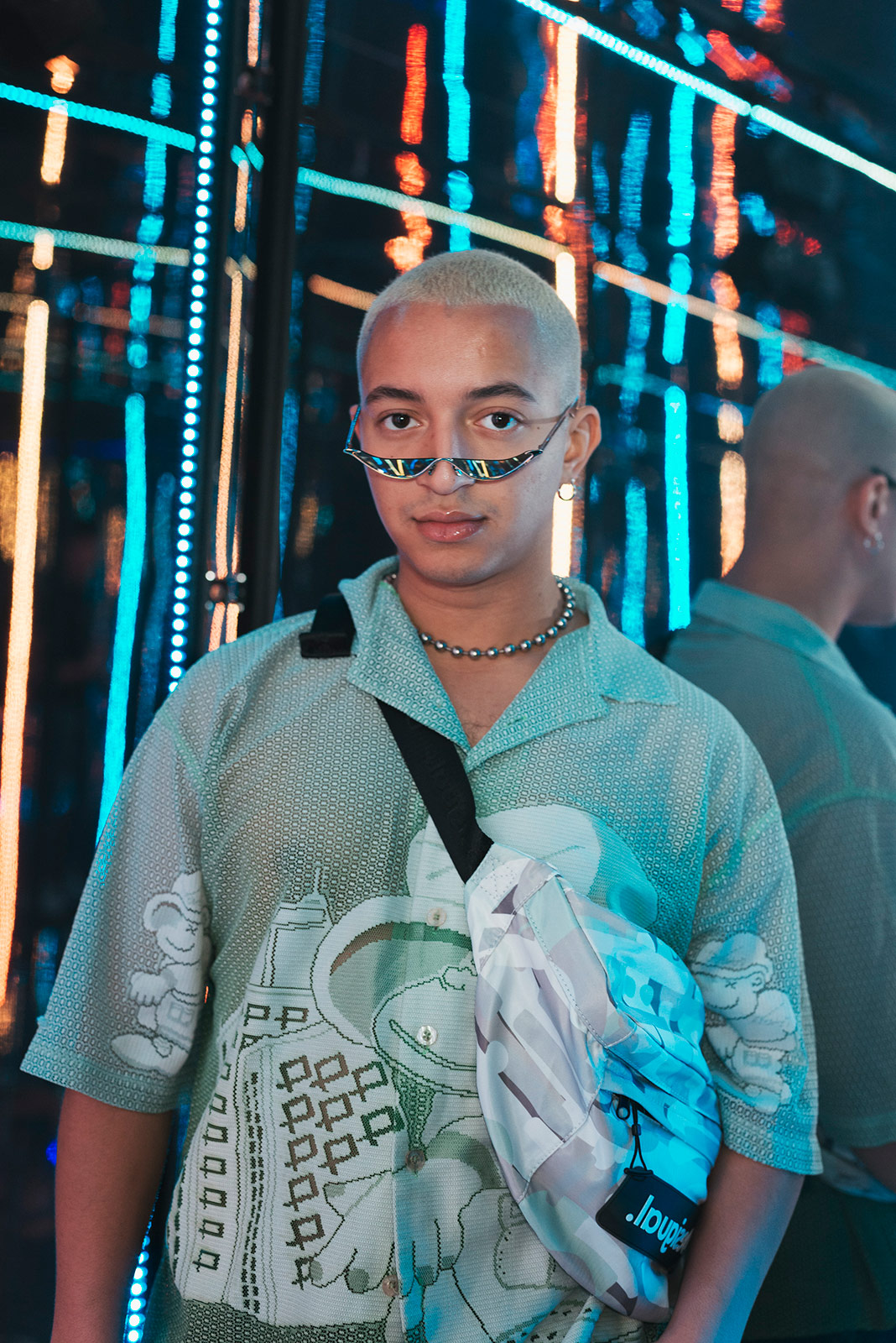 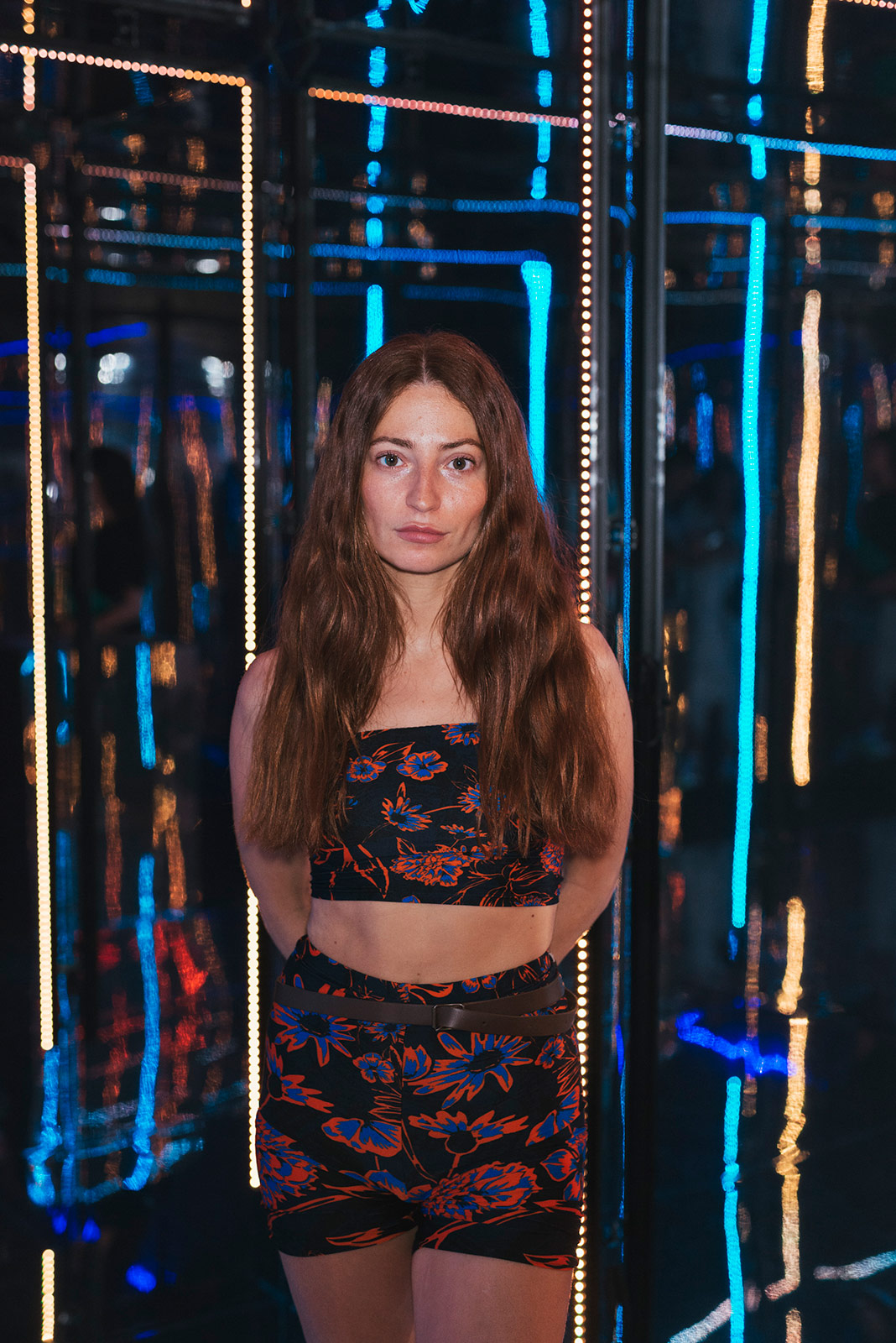 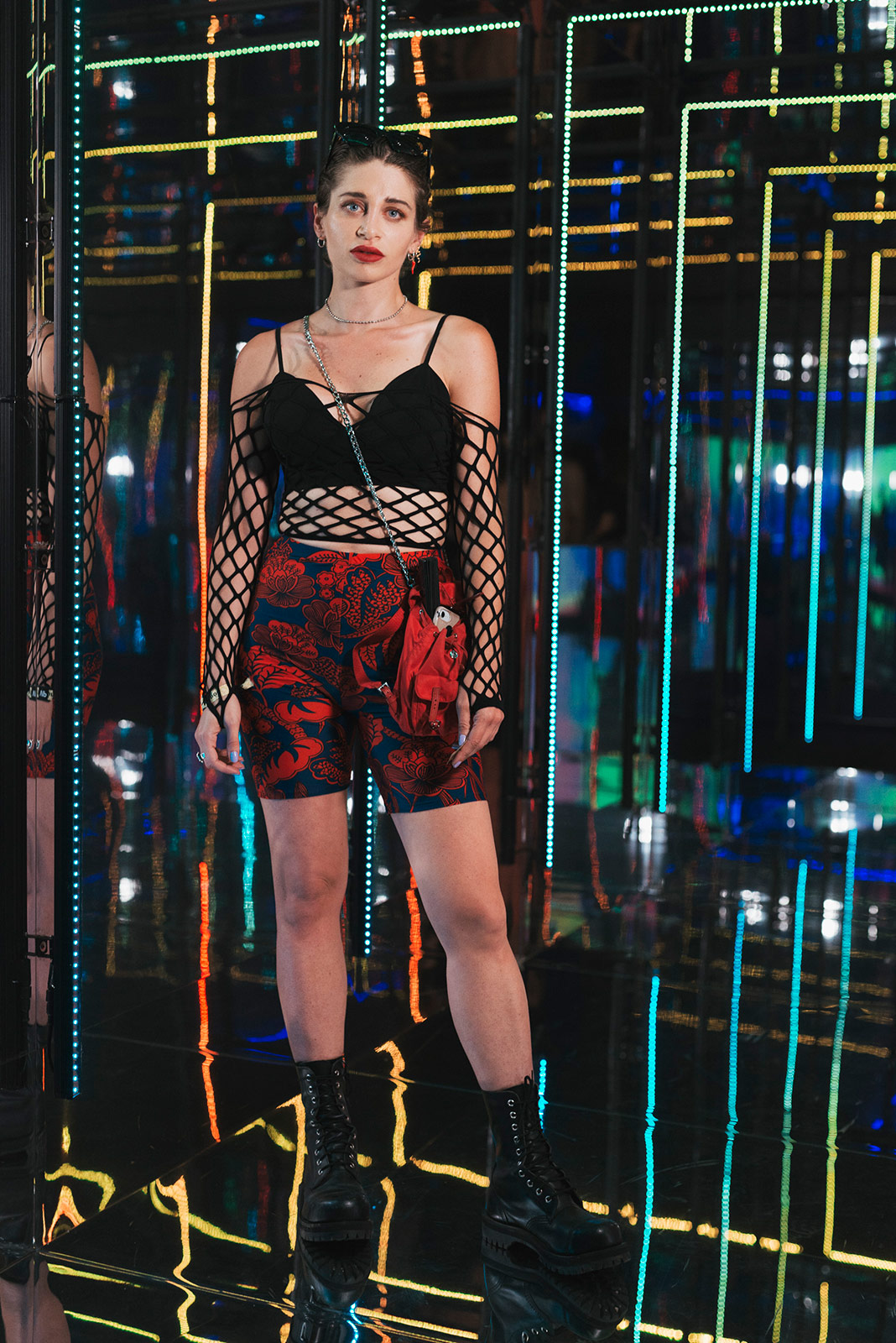 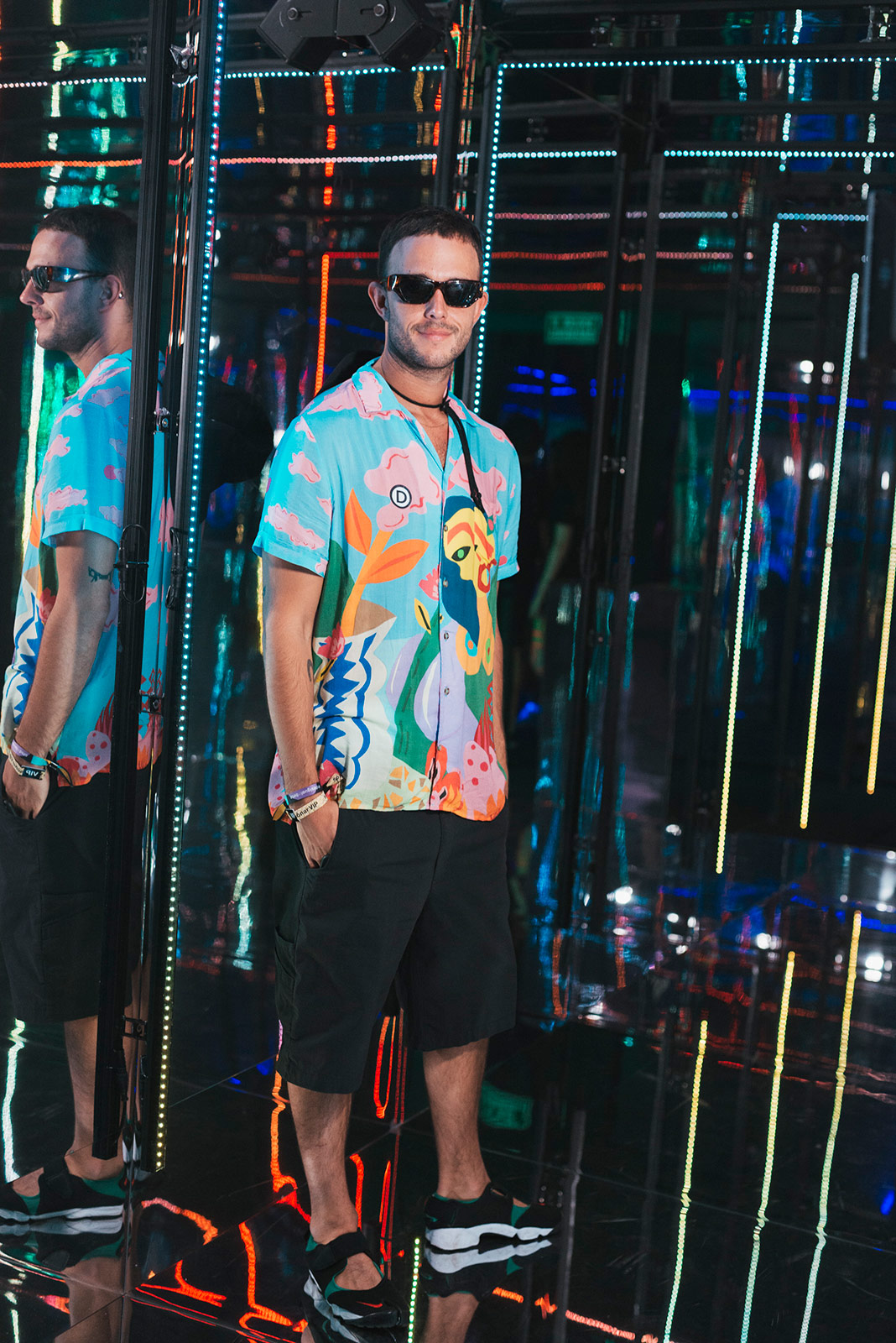 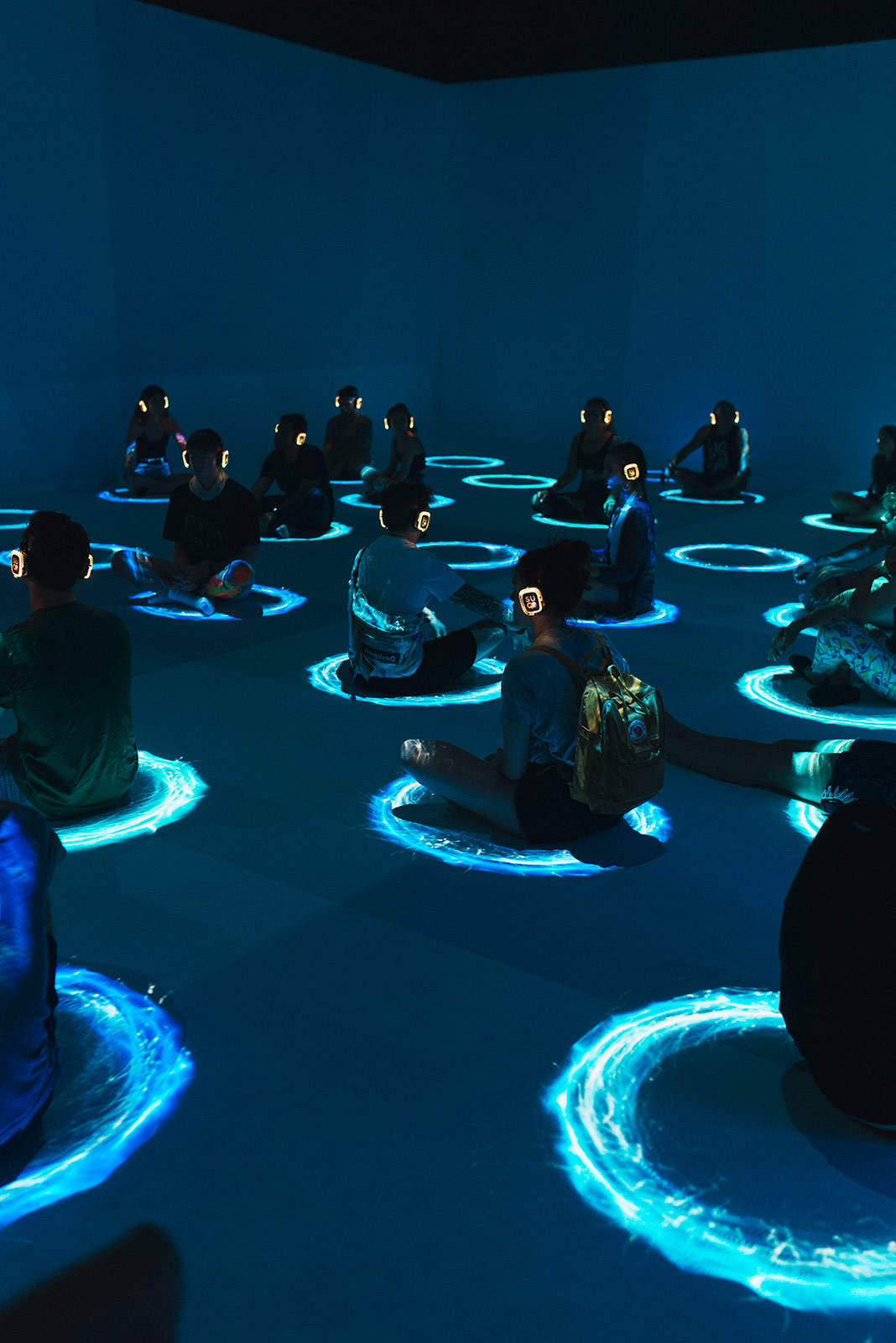 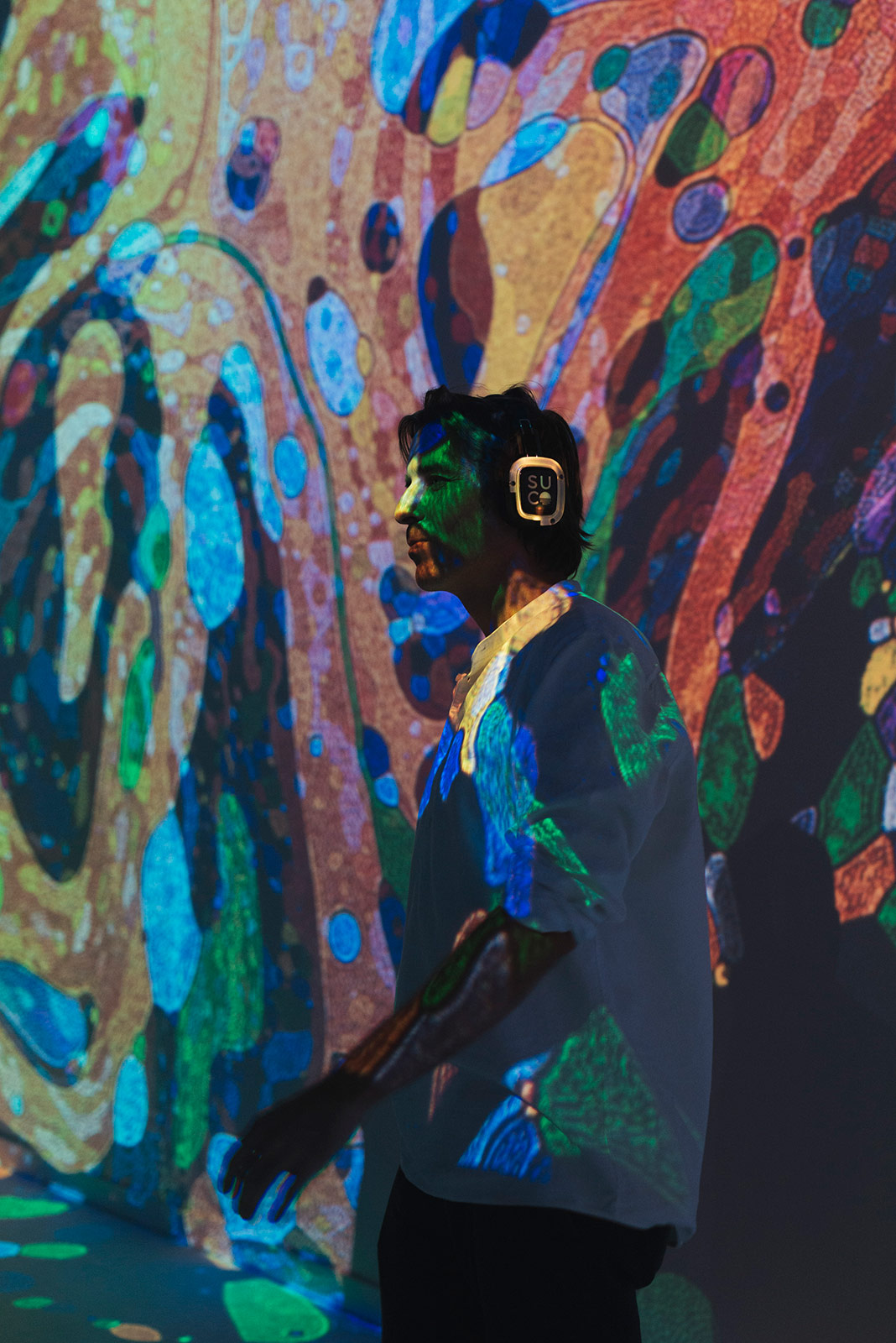 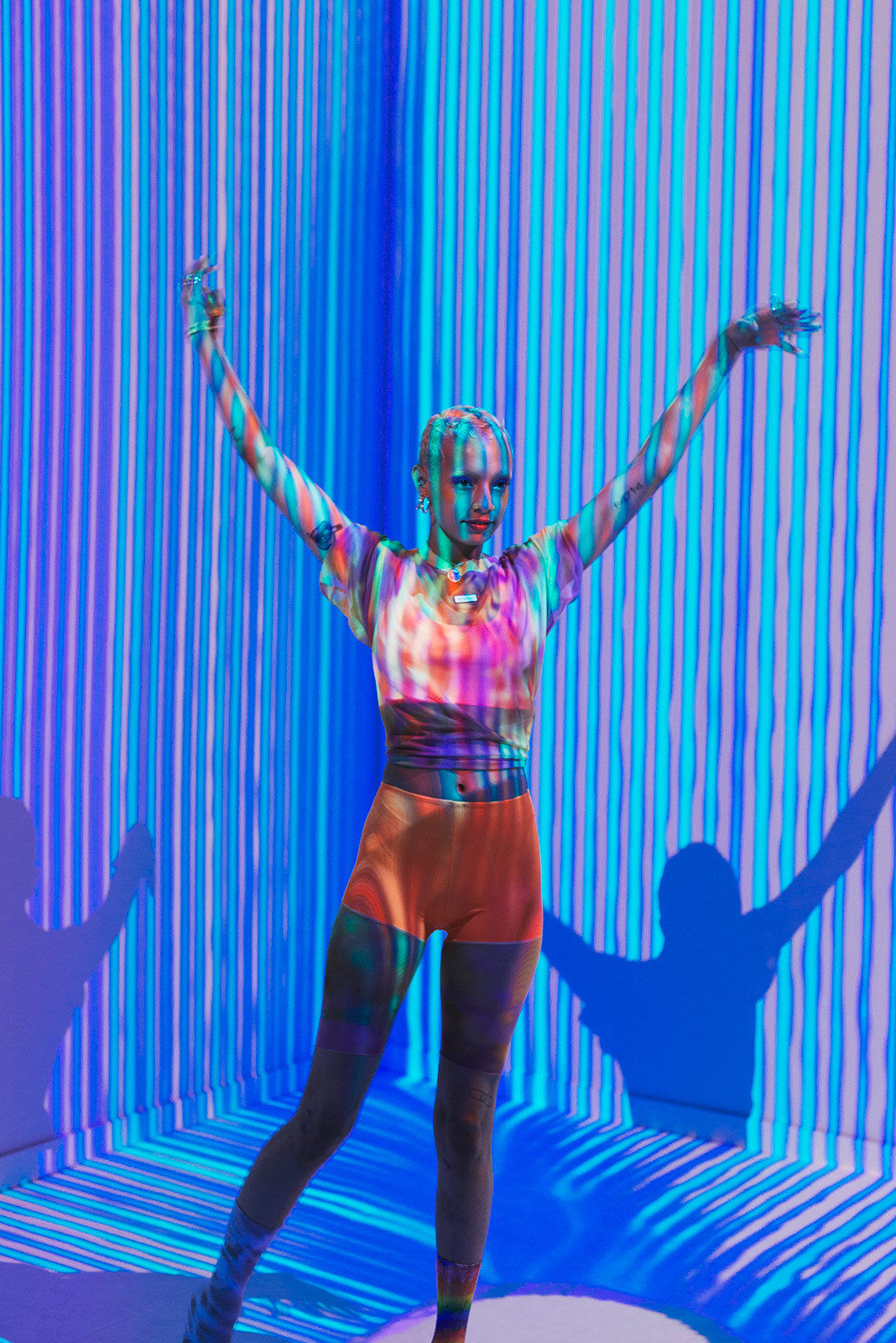 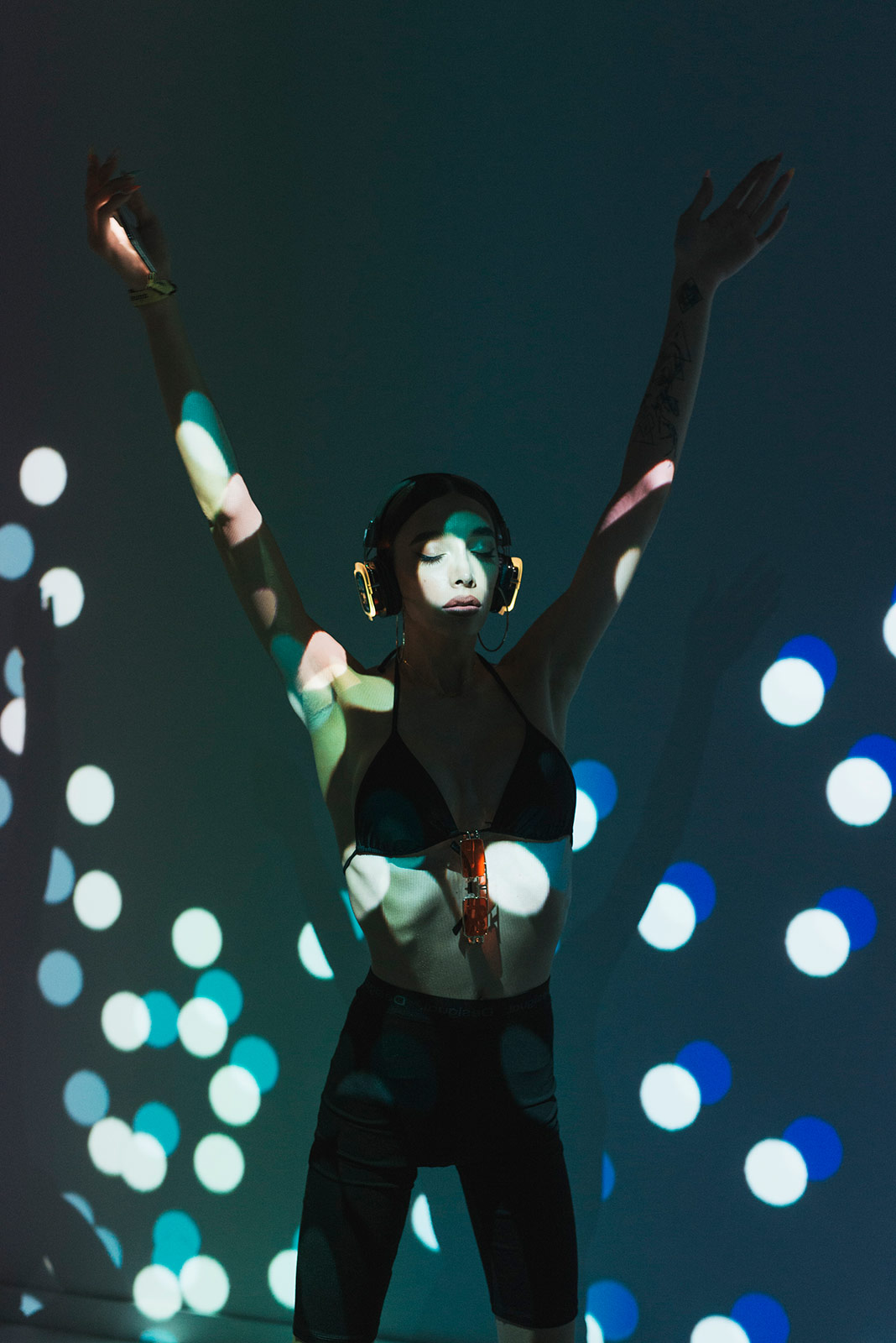 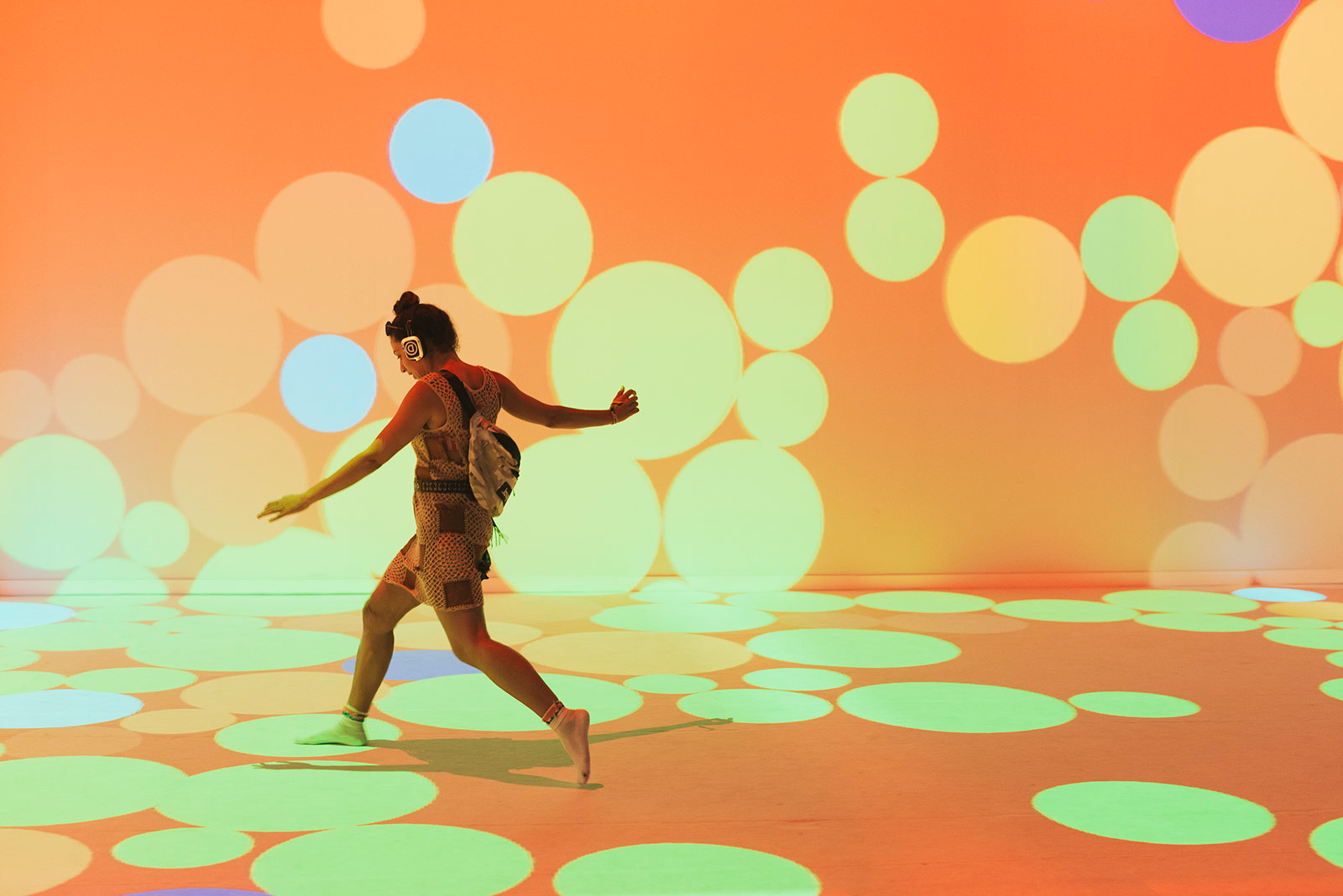 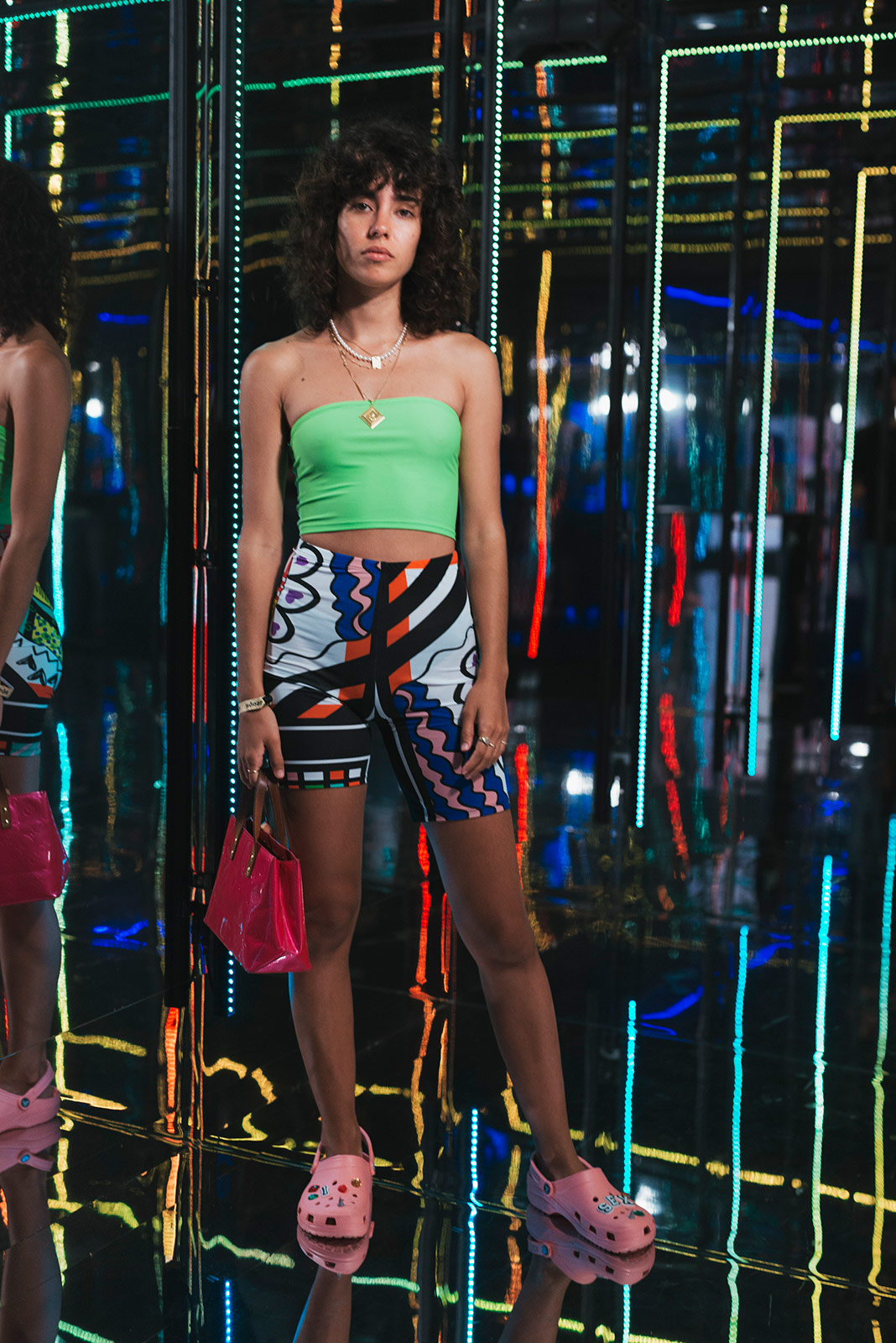 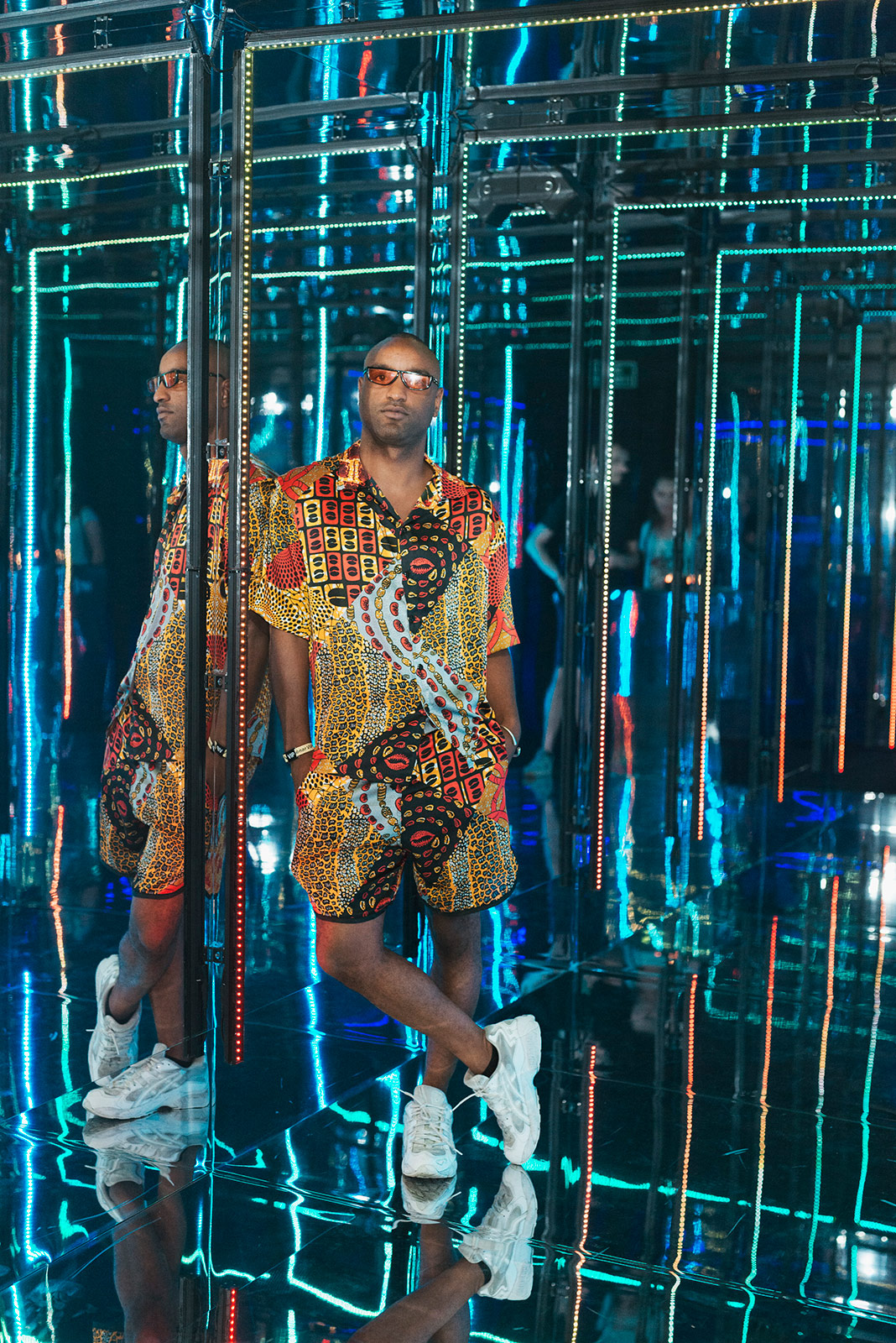 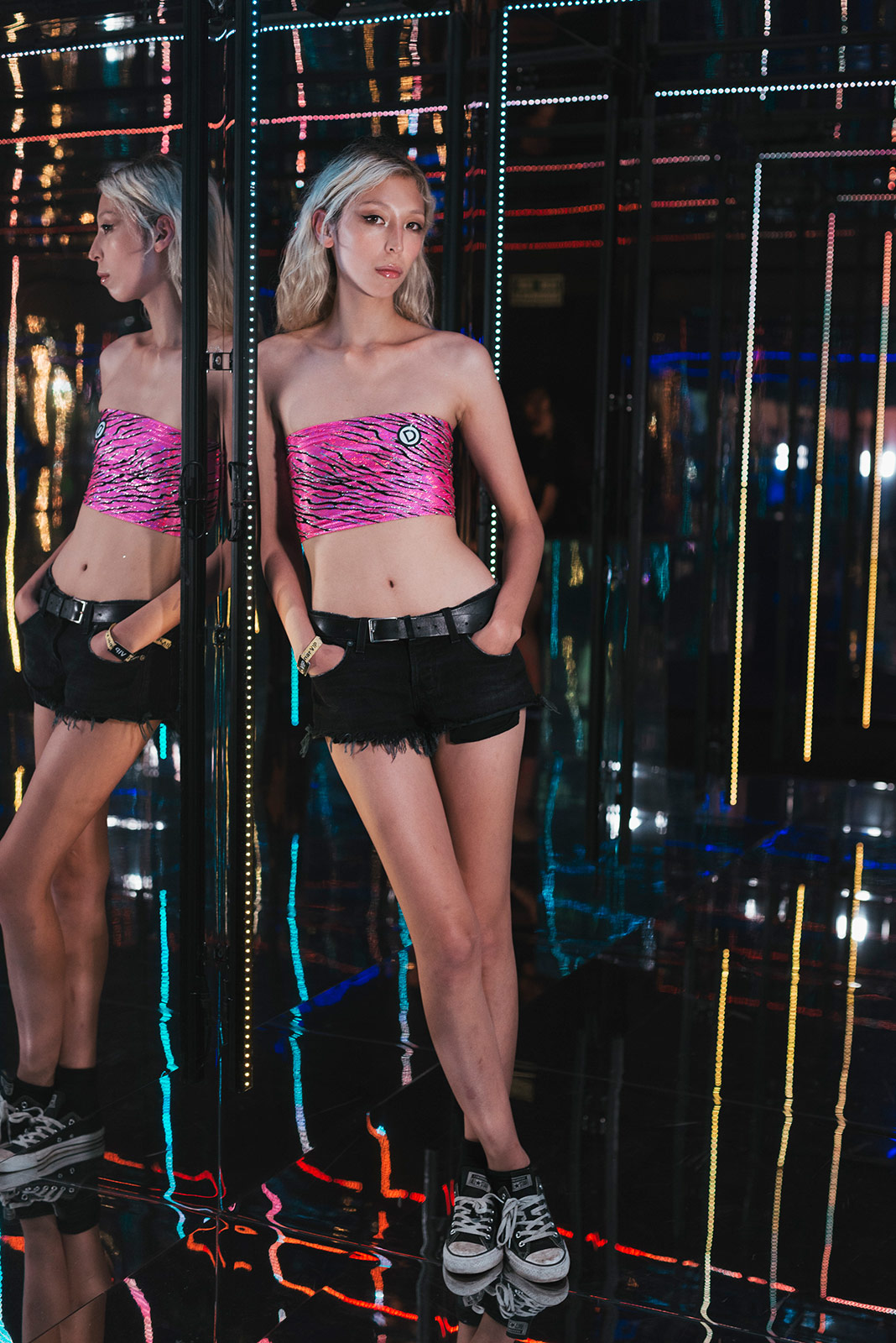 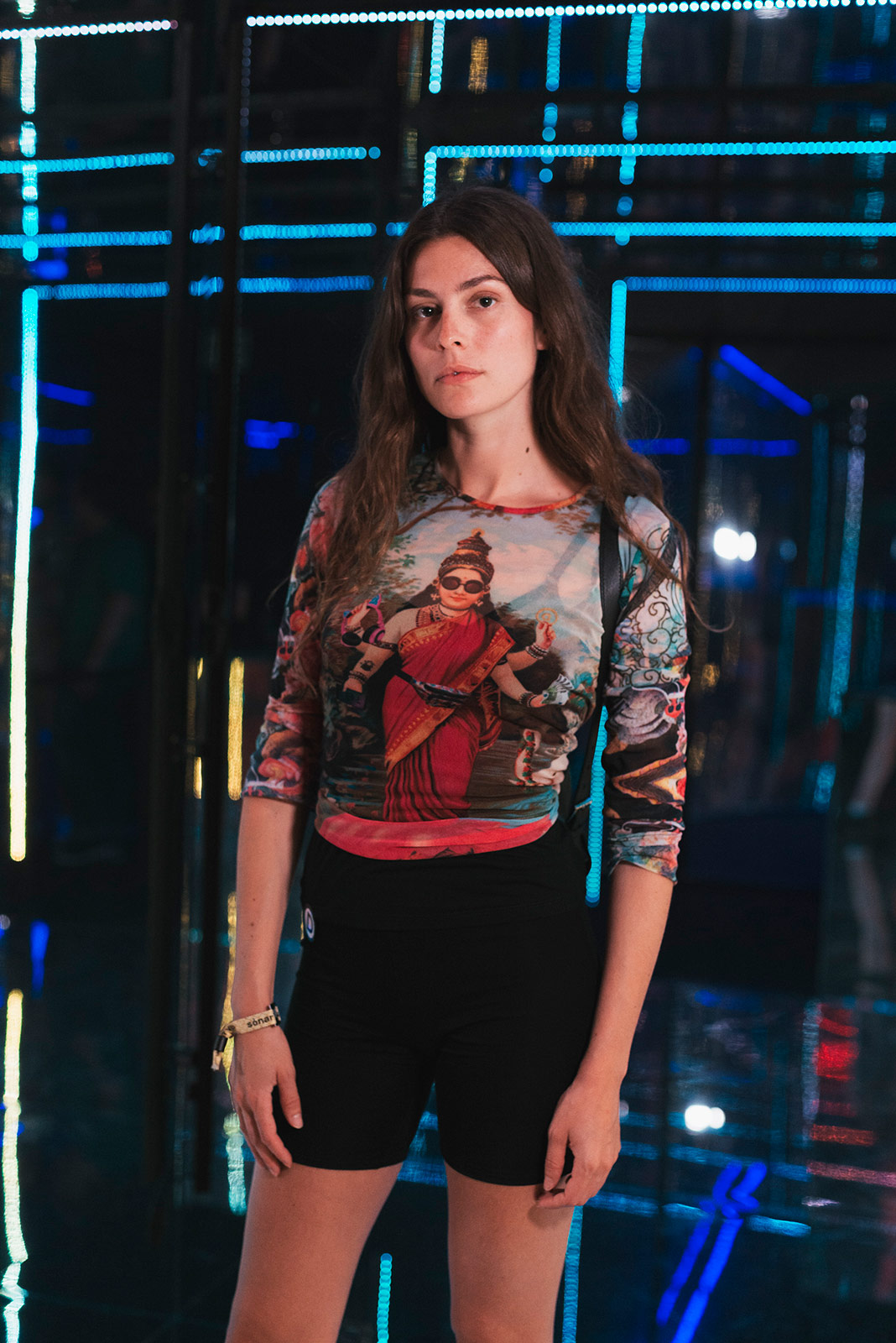 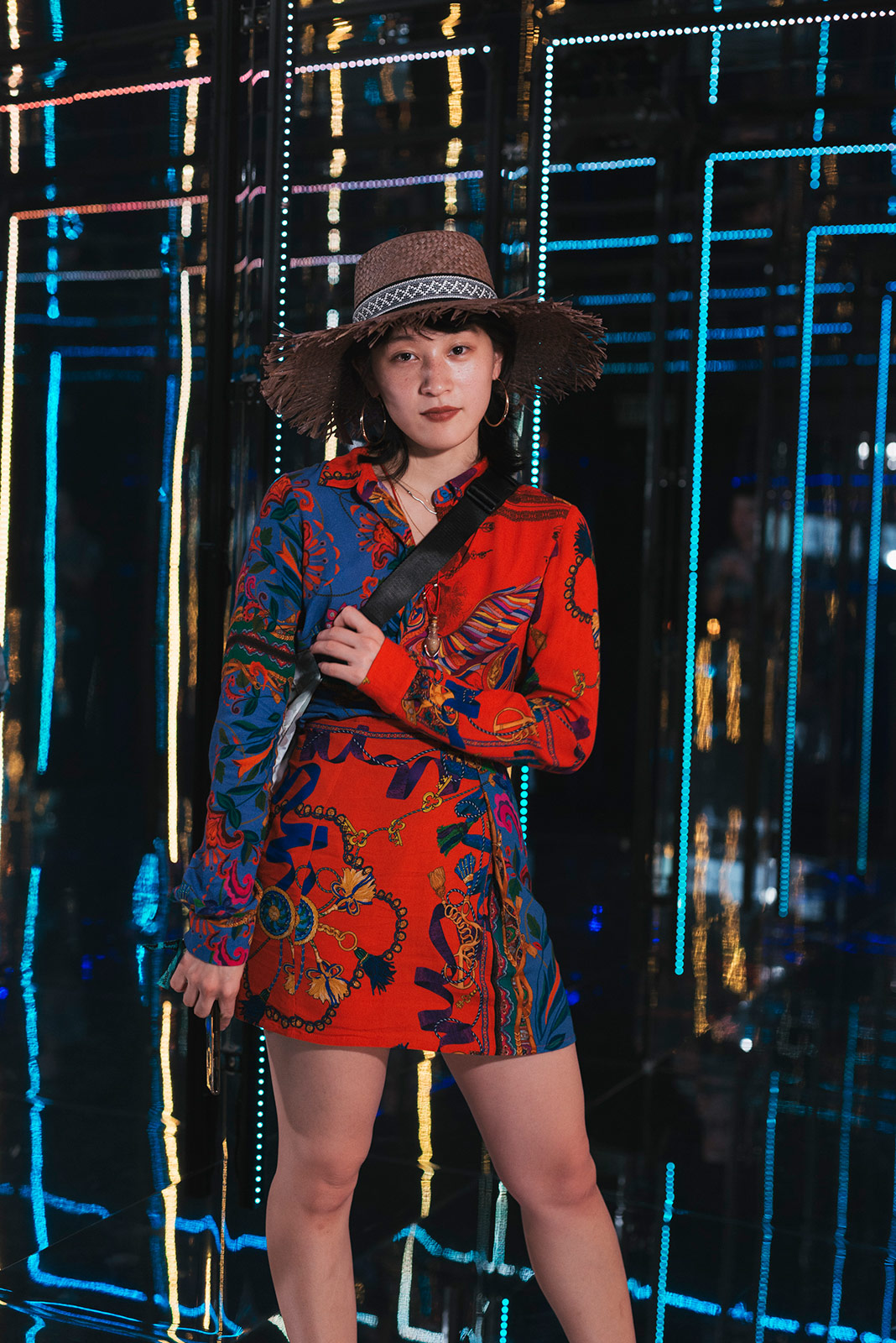 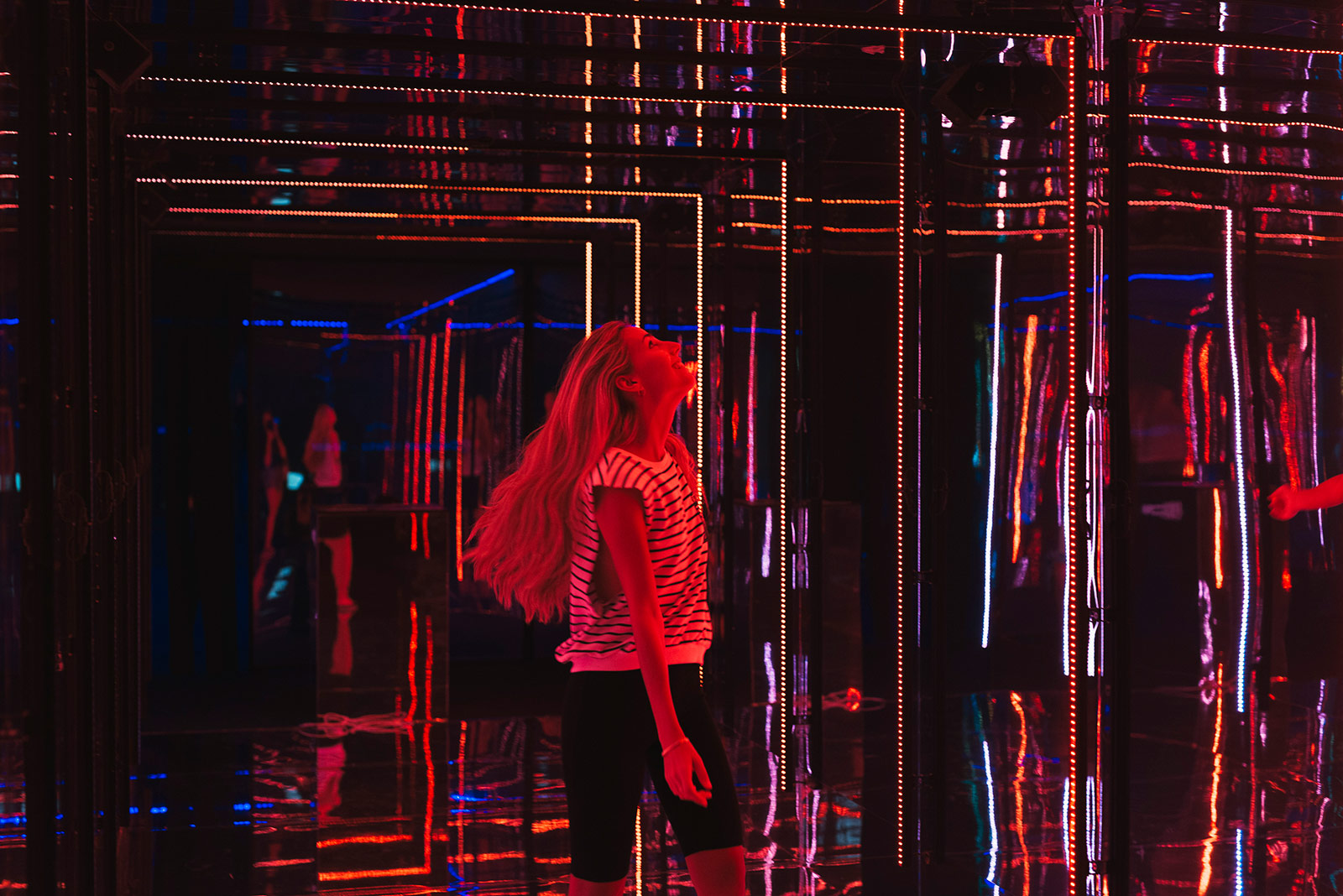 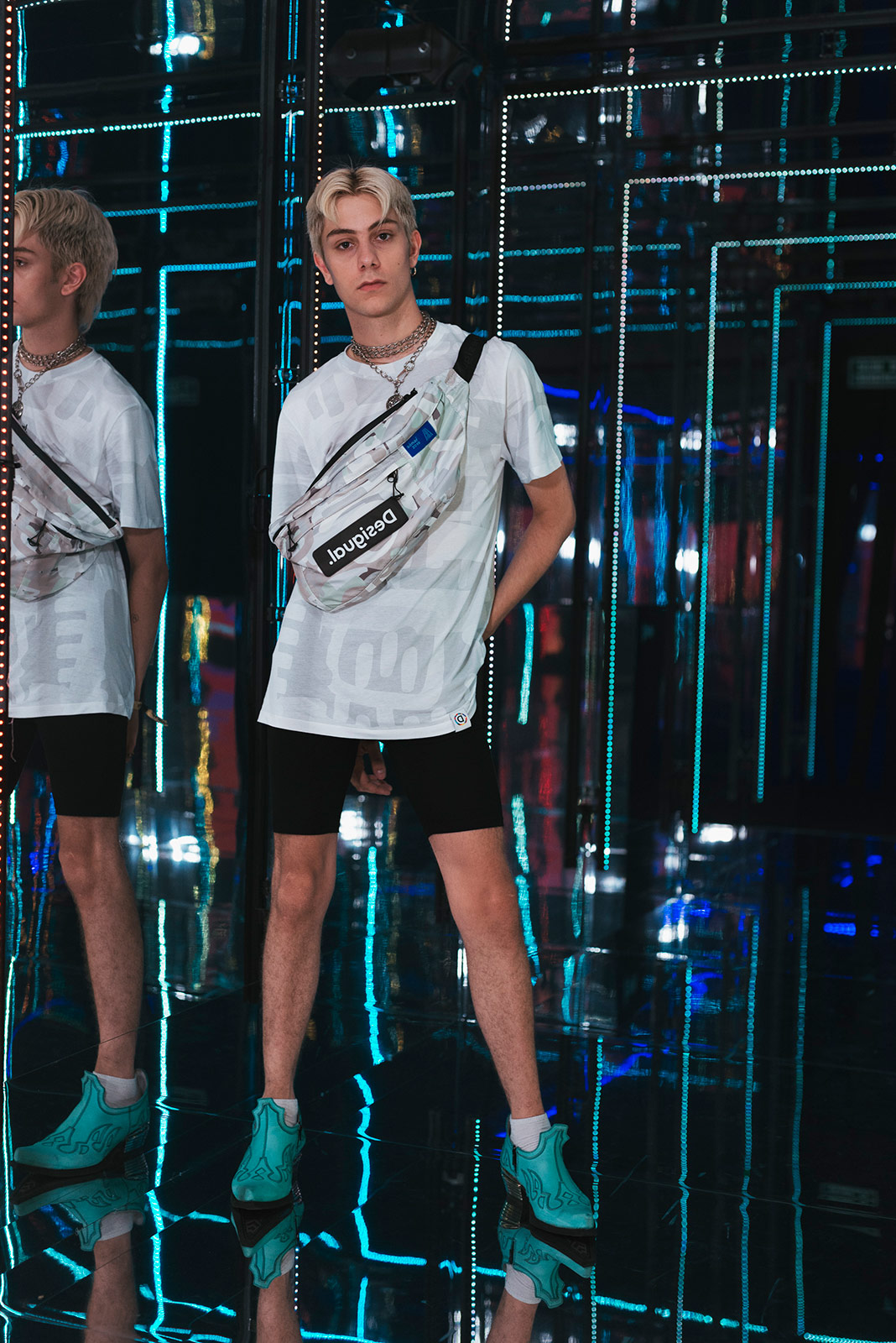 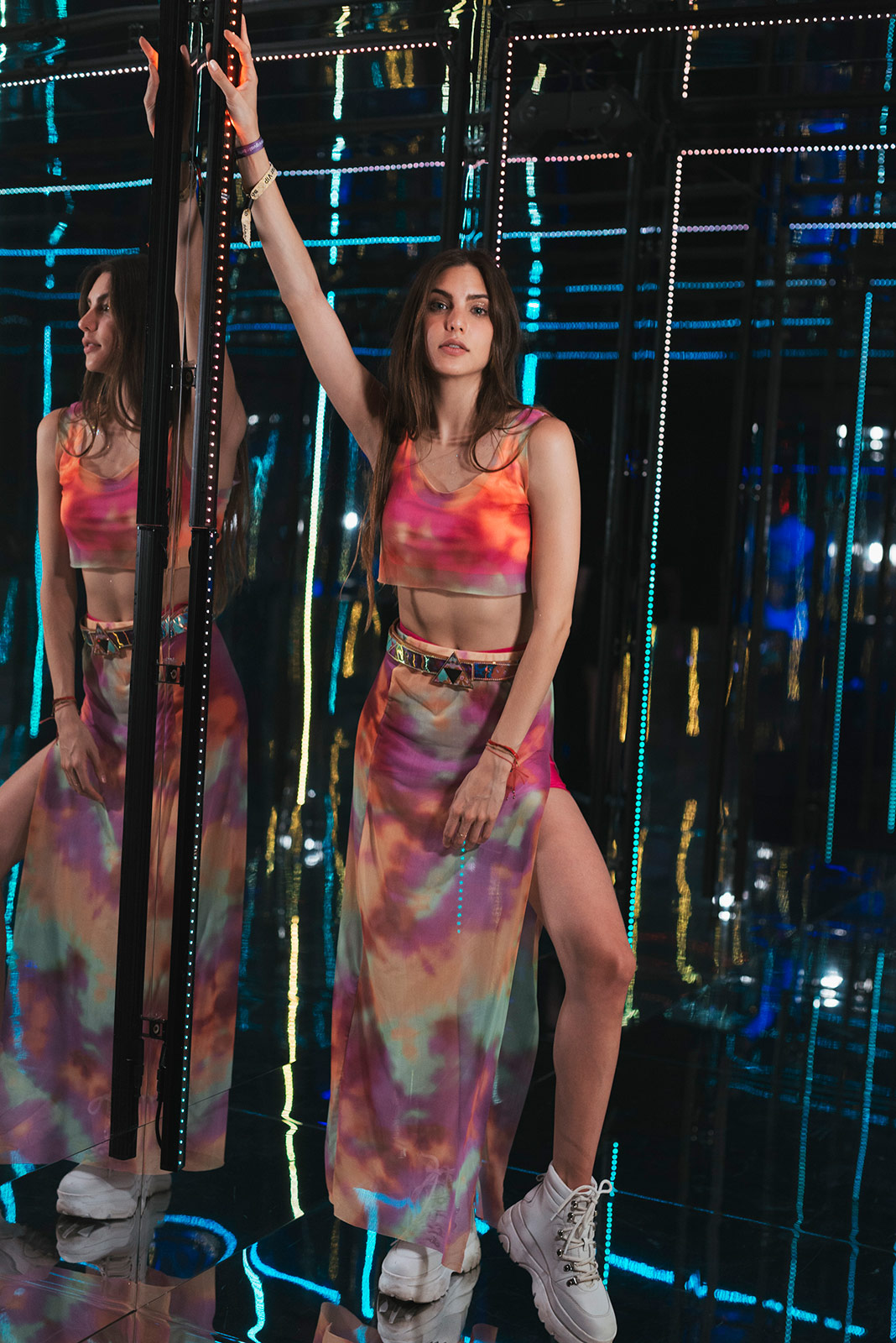 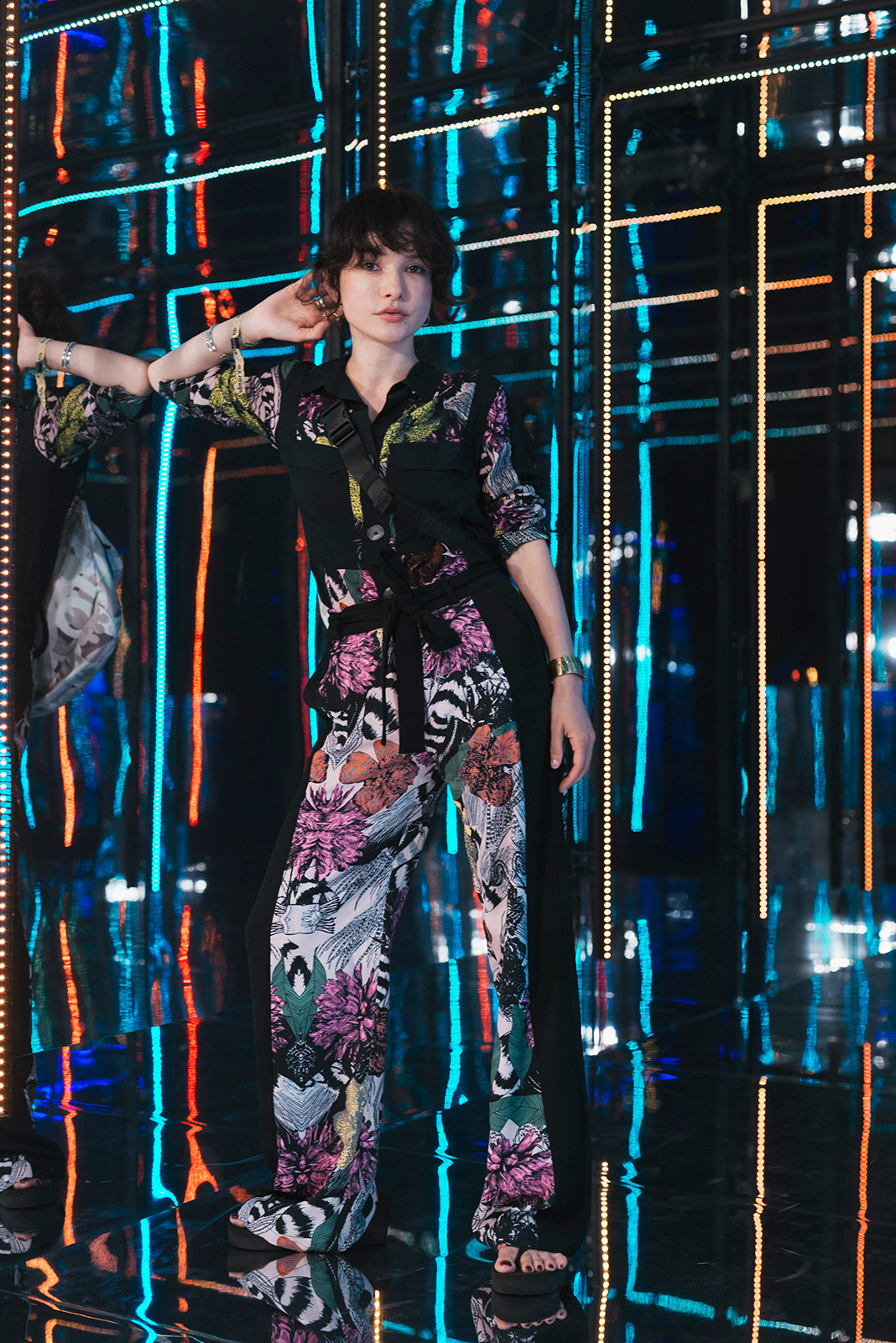 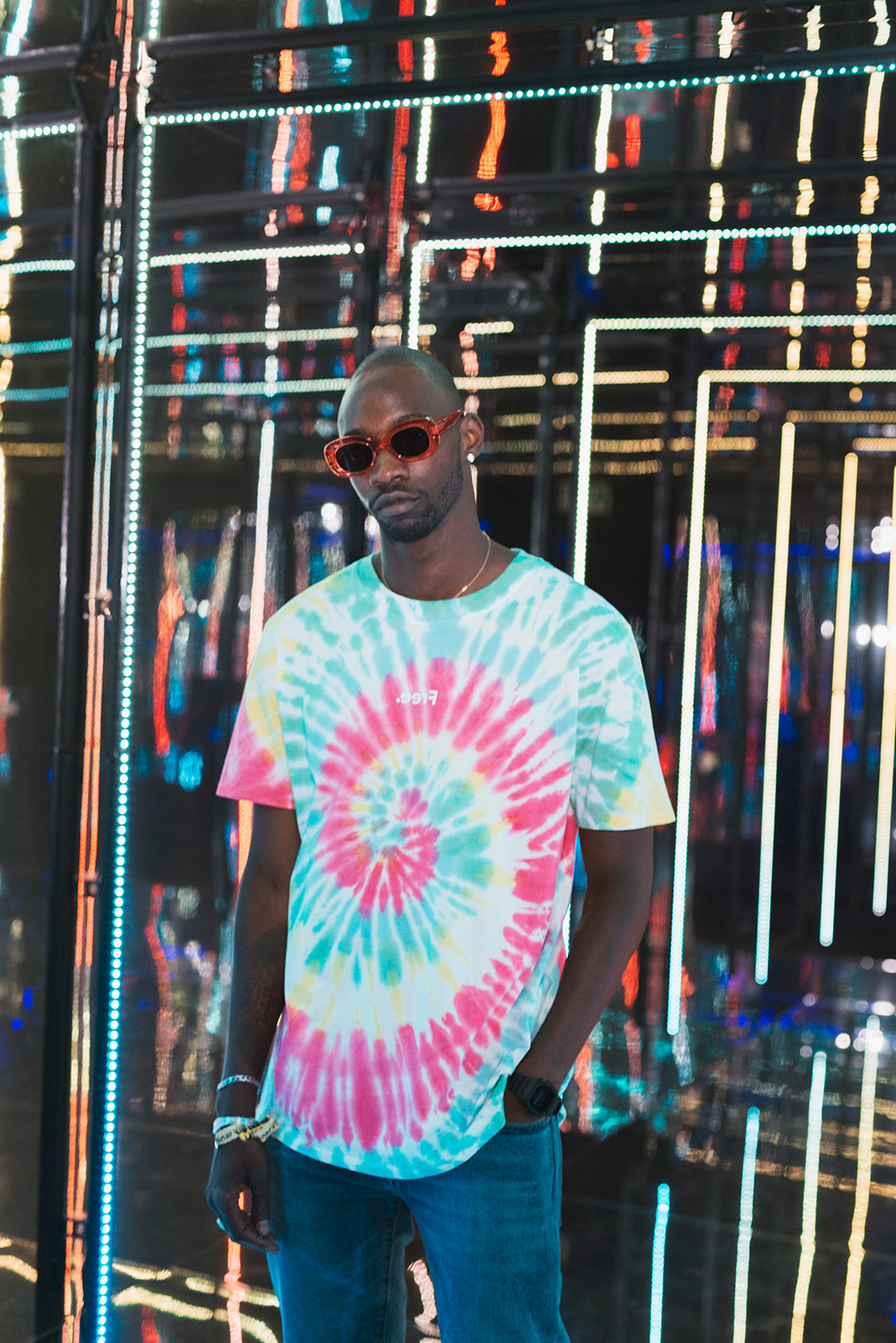 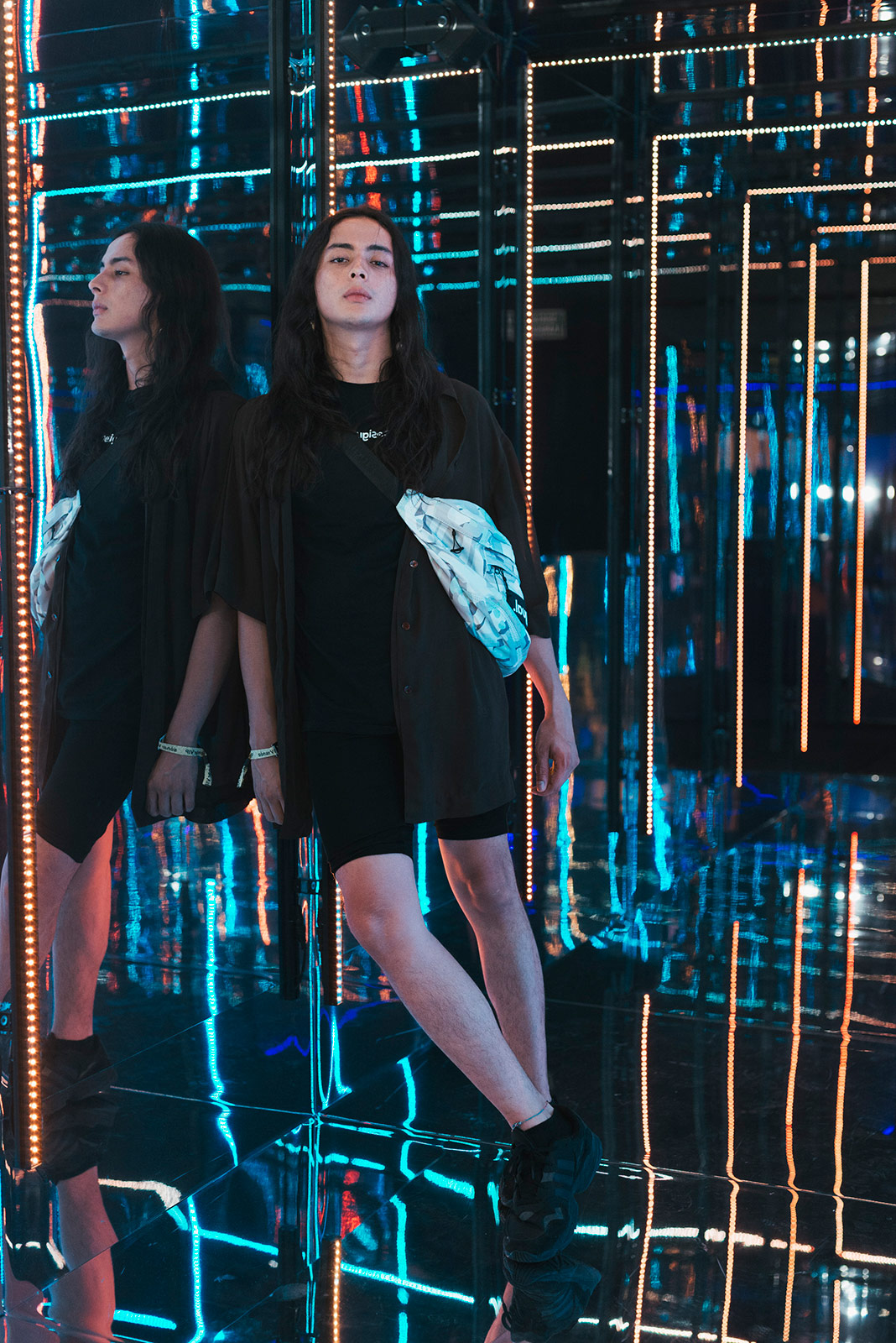 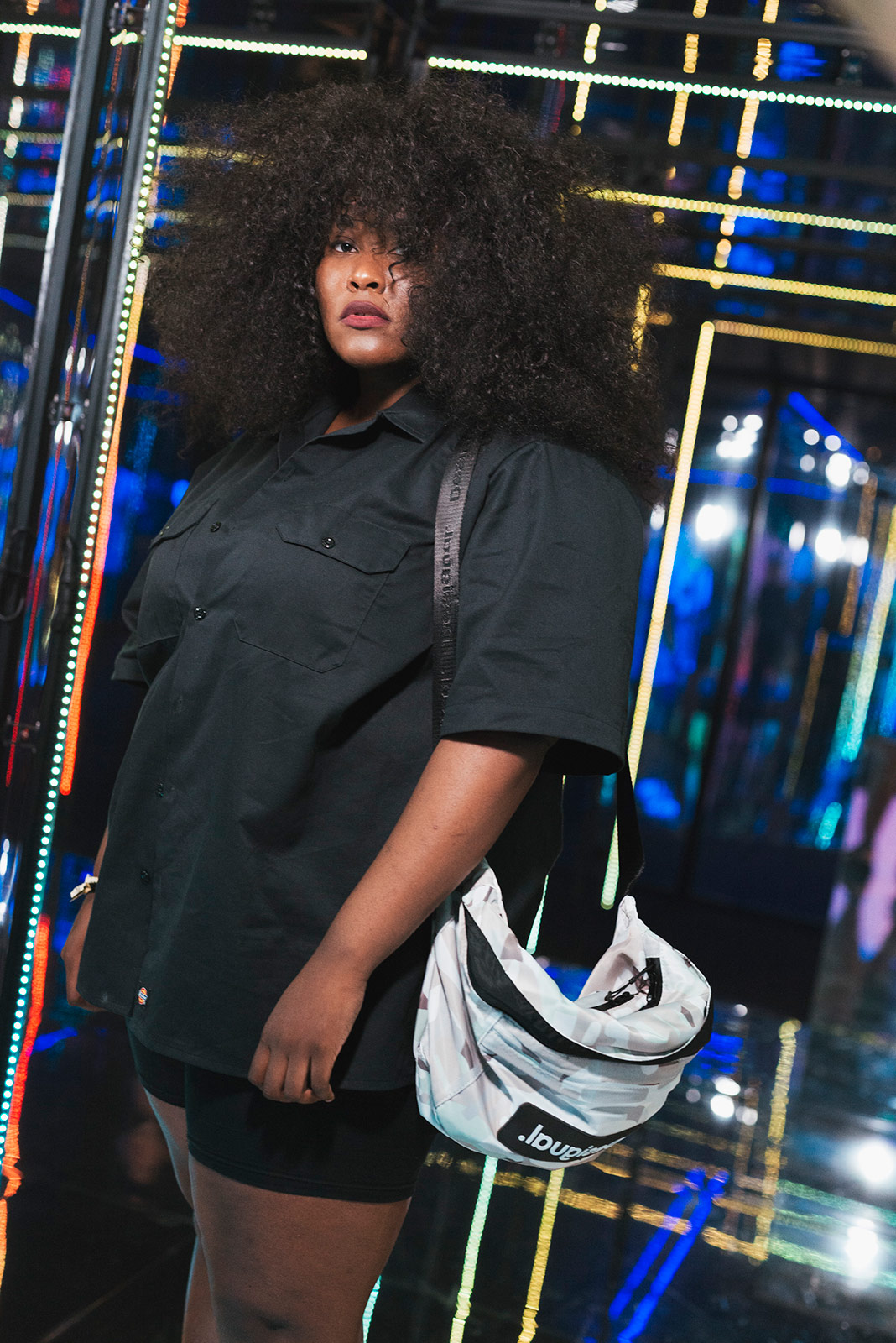 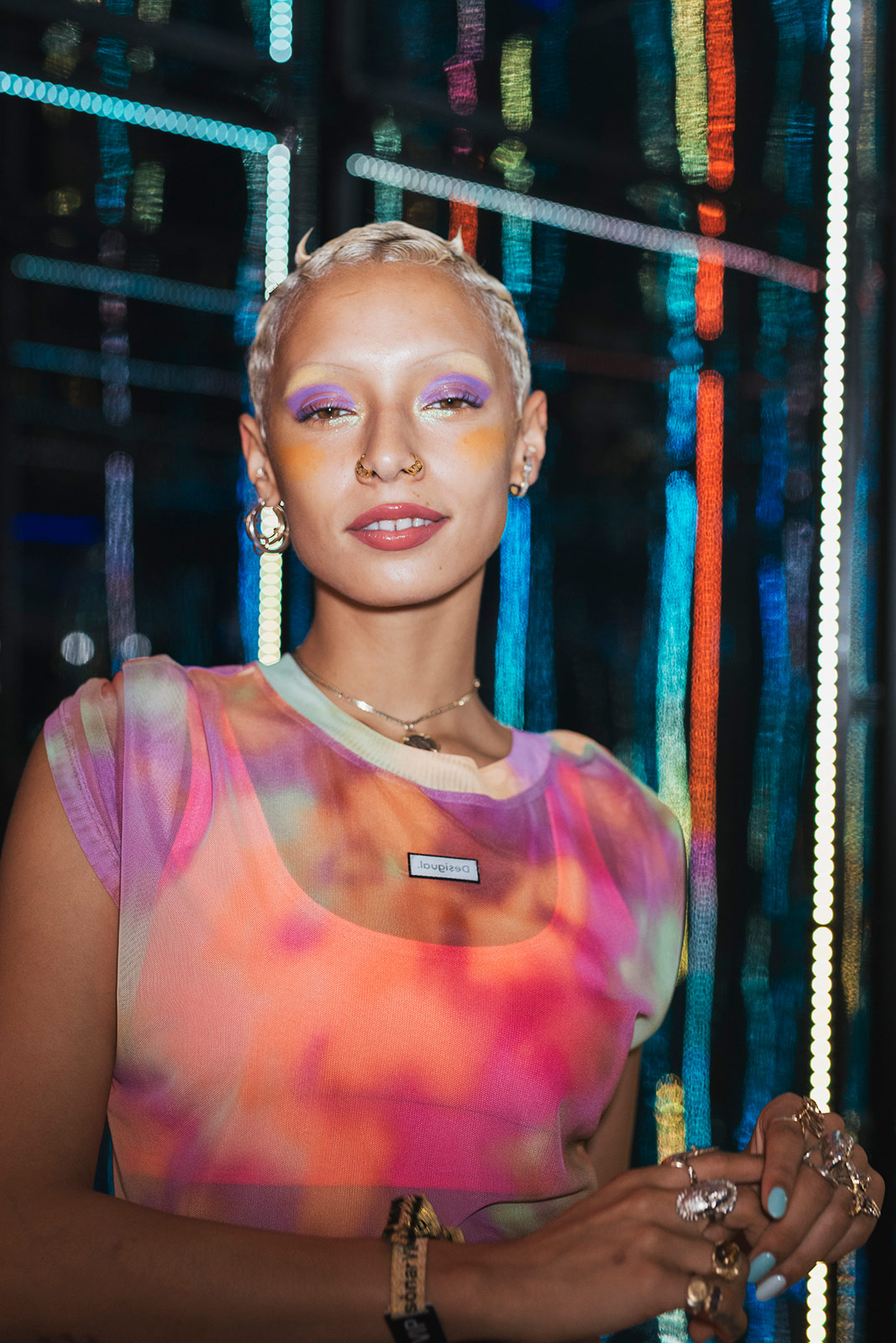 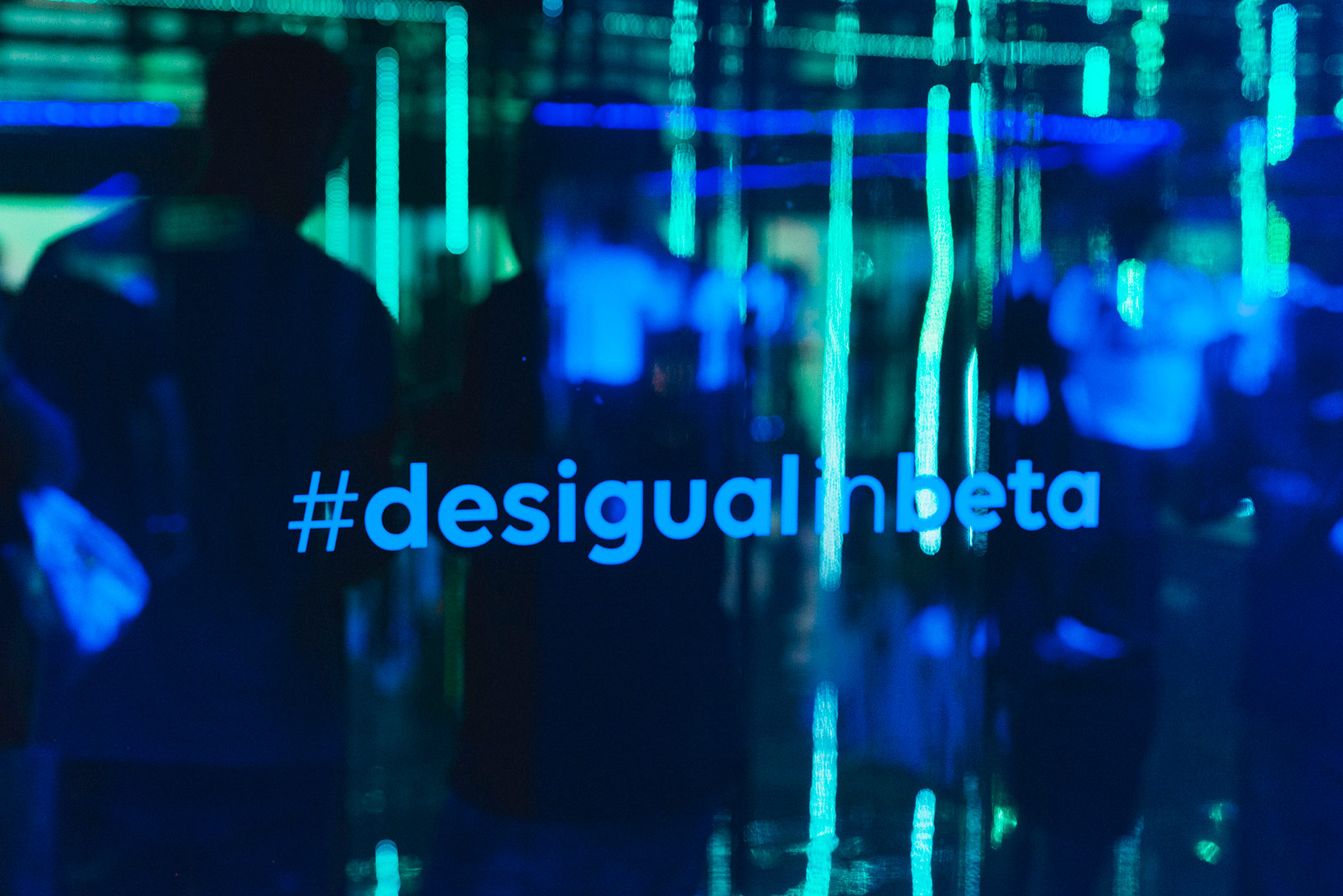