Apocalyptic imagery, predictions and even present realities are so pervasive that you start to get desensitized to their vary fact. Someone who has been ringing the bell to these catastrophes to come and present social ills has been the rebellious figure, Brigitte Fontaine. METAL exclusively presents the latest music video from French underground artists Daisy Mortem, who cover the track Prohibition by the legendary figure.
Having released their debut LP via Napp Records – founded by Argentinian artist Catnapp  – at the start of this year, the months following have seen Daisy Mortem conjure various visual representations of tracks off the record. Providing visuals for their big hitters – Arêtes, L'Accident Est Inévitable and La Nuit Sexuelle – these music videos saw the duo take a theatrical, live action route in both dream- and horror-like settings over the course of the trilogy.

By contrast, their latest video for the single Prohibition 2050 is a stylized animation of French avant-garde artist Brigitte Fontaine walking through the post-apocalyptic terrain of their anticipated future Paris where advertisements of their friend’s pop in and out of the evolving, dishevelled scene. An outlandishly honest figure, Fontaine is still touring at the ripe age of 81 with Prohibition being a single of her own centred on the mistreatment of the elderly in society through candid lines like “I am old and I fuck you with my dragonfly look”.

Here, Daisy Mortem have offered their own re-interpretation of Fontaine’s track that contained lyrics they felt were prophetic to the decades to come, with 2050 added to the title as a good marking point of this future state. Remember to turn the subtitles on if French isn’t yet a string on your bow and enjoy the show! 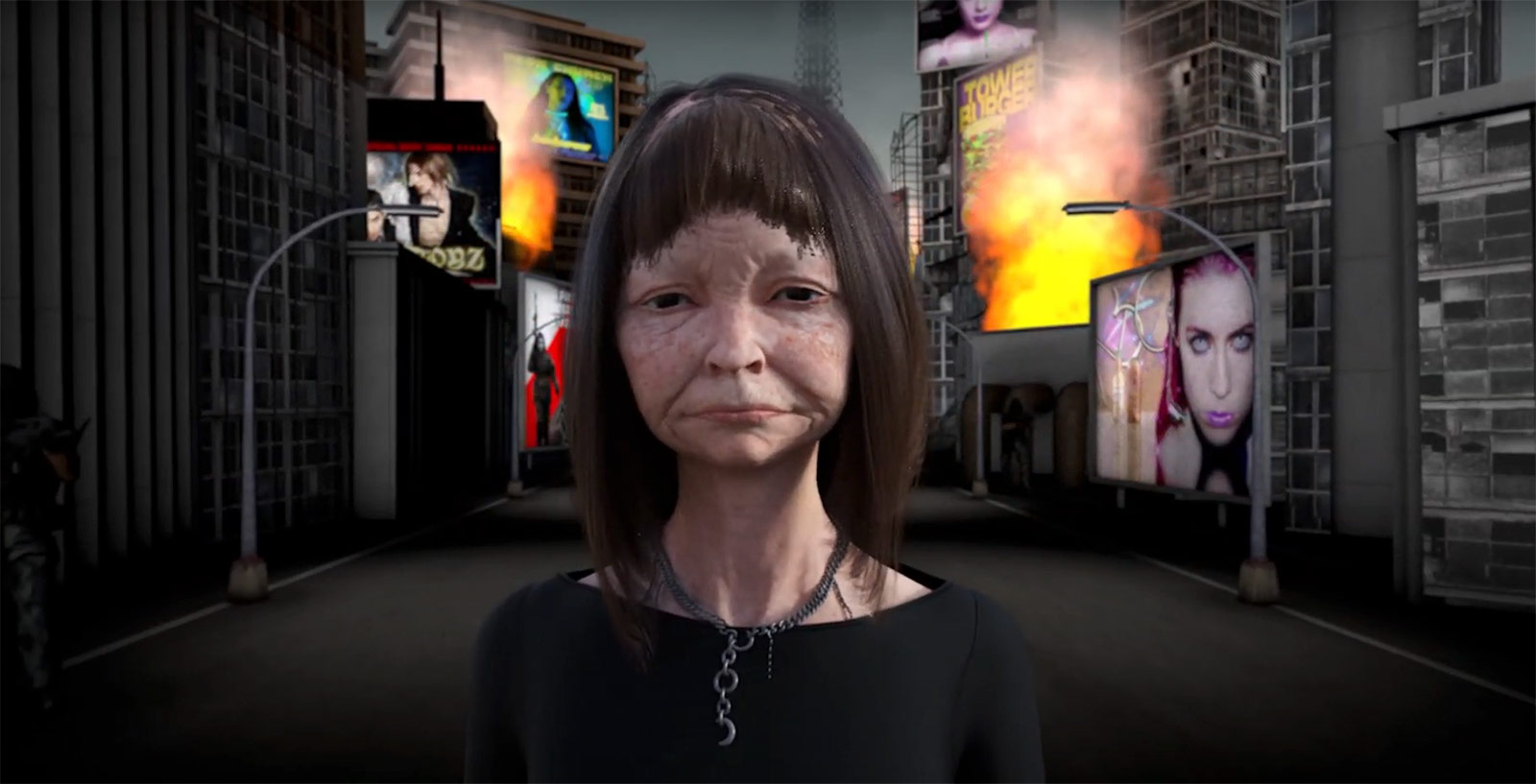