Inside out, magical stillness

A few days ago, Madrid breathed a different atmosphere defined by freedom, art and creativity with its epicenter in the emblematic Cine Doré, where Carhartt WIP presented its new full-length skate film, Inside Out. Now, after having premiered the film in different cities around the world, you can watch it online.
Inside Out is an audiovisual piece tries to immerse the viewer in the lives of a team of skaters from cities all over Europe. Inspired by moments of stillness and with the participation of artists such as Rémy Taveira or Ibu Sanyang, the half-hour film takes us into the ins and outs of skate culture through scenes captured by renowned filmmaker Romain Batard. The film will be released online at the end of the month.

The sense of community is an intrinsic part of Carhartt WIP’s identity. Through an interesting and balanced mix of fashion, film and art, the brand creates a uniquely recognizable creative universe. “I always felt connected to Carhartt WIP’s identity because they've been about subcultures since the beginning,” said Joaquim Bayle the last time we spoke with him on the occasion of the launch of the Carhartt WIP Winter 2021 campaign. And it is precisely this creative, in cooperation with the cinematographer Angelo Marques, who make Inside Out a piece in which emotional and funny moments follow counterpoints of amazement and surprise. 29 minutes which promise not to leave viewers indifferent. 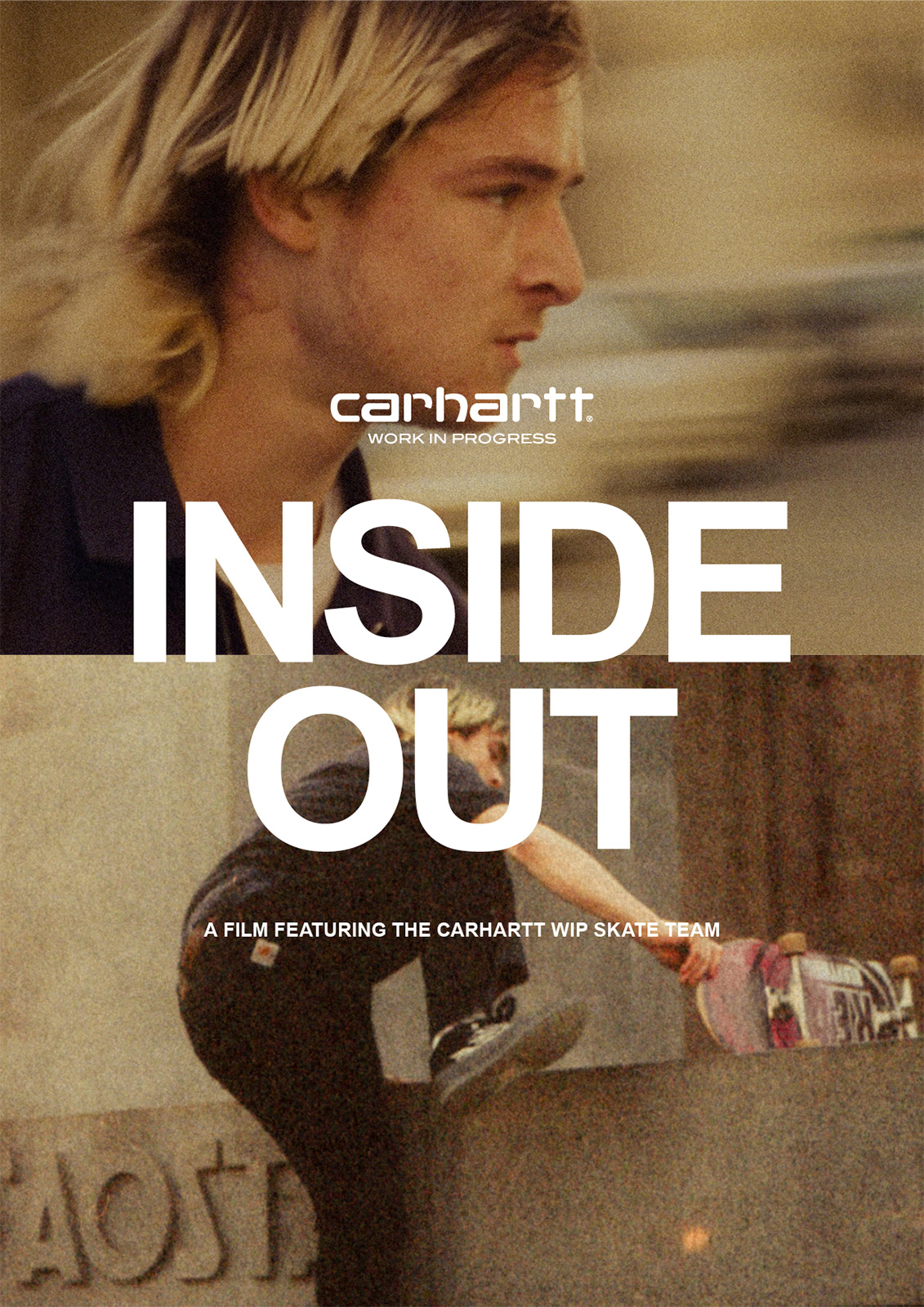