Prince meets 18th-century realness is what comes to mind when watching Blood Orange’s newly released video Benzo from his recently launched mixtape Angel’s Purse. We of course love his more lo-fi, urban videos that walk hand in hand with his neo-soul, R&B sound, like Augustine from his 2016 Freetown Sound album. However, the surreal realness of Benzo is so fabulously ostentatious in a way that is fresh and maybe even iconic.
The track begins with queen of the Blood Orange musical empire Ian Isiah dressed in a forest green gown that recalls infamous monarch of all things extra, Marie Antoinette, with a green powdered wig to match. When talking about the video, Hynes said that this is exactly how he envisions Isiah; as a sassy queen in green. Dev Hynes then bursts in pastel clad, cello in hand; the most fabulous court jester one could imagine, in an outfit that is at once French aristocracy and ‘70s psychedelia.

In collaboration with stylist Emily Schubert, Hynes even managed to bag garments from the Metropolitan Museum of Art’s opera archive. Thus the video is rooted in the real and the fictional, creating a mismatched three-minute document of a micro universe that is testament to Hynes’s plea to his team that they “don’t try and make it make sense. It shouldn't make sense, and that will unify everything.” 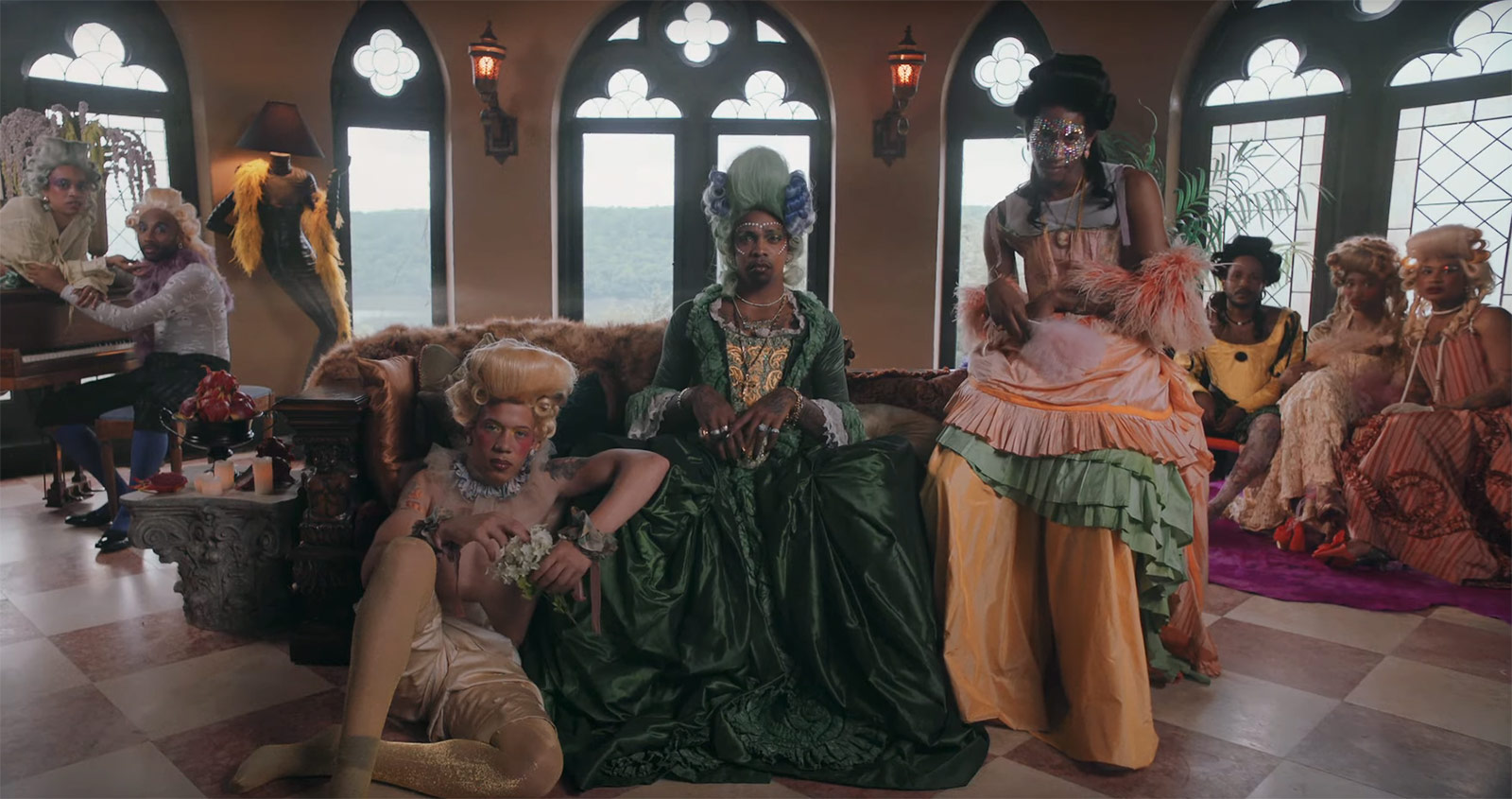