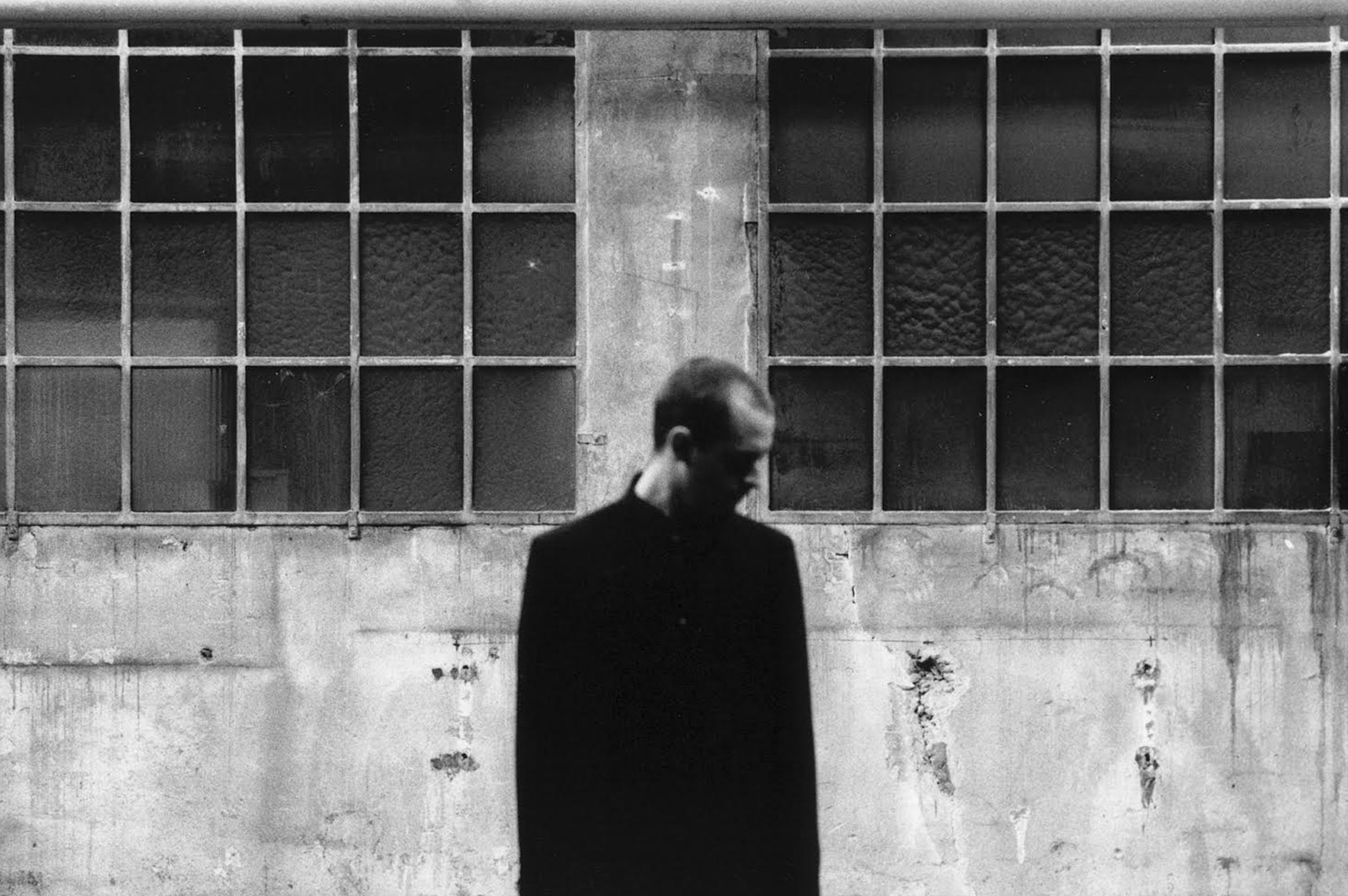 Order or chaos… It’s difficult to describe whether Zimoun’s installations lure resides on the complexity of the sonic and visual elements that he arranges throughout the space, or if it is generated by the simplicity of its patterns. Whatever it is, you can’t tell without experiencing the physical world surrounding his work, where materials, sound, space and movement may look part of a perfect machine, but play their individual and unique role when given a closer look.

Architect Louis Sullivan said that form follows function. As many people have considered you an architect of sound and using this analogy with architecture, what comes first in your installations, a certain type of sound or a form that it takes place in?

To develop a site-specific installation it's typically a mix of many different elements. It often starts with a specific space that I am invited to present a work in. That space is already a form, but also it contains function. Then, I think about the possibilities of how to work within the space, its qualities and difficulties, what type of piece could make sense in relation to this particular space, etc. At the same time, there are always ideas waiting in the pipeline – ideas in the sketchbook, but also prototypes of systems and concepts we work on in the studio. From this conceptual reservoir, I often start to pick out small, single elements. Then, we begin or continue experimenting and making prototypes. It usually takes a larger number of prototypes to arrive at a satisfactory endpoint. Each step is vital, evolving one after the other, optimizing performance along the way. In that sense it’s more like a cloud at the beginning, and through the process more and more decisions are getting made and things start taking shape. So yes, if we understand the form as the final result, the piece itself, and the function as development process and behavior of the system, we can adapt “form follows function” to the creation of my work.

Given the enormous power of sound in your body of work, would you say people could experience your installations without actually seeing them?

Yes, let’s say some parts of the installations can be experienced without seeing anything. But, there are other parts, which can bee seen too. 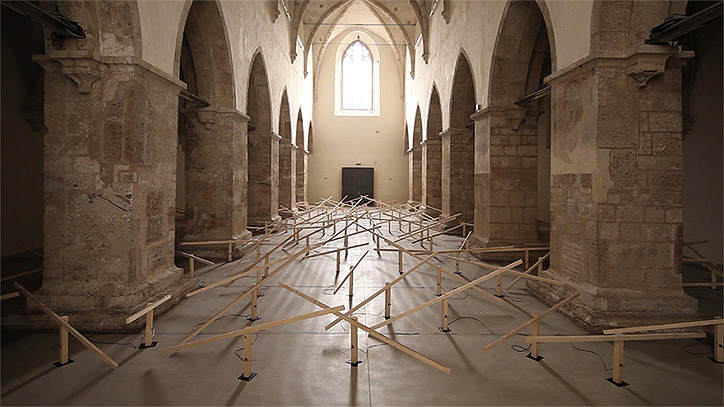 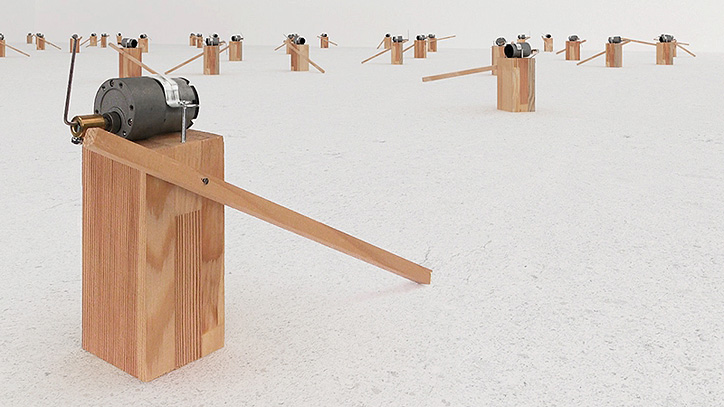 When I experience your installations, even through videos, the perfect combination of minimal objects, its display and the surrounding sound traps me. It gives the impression that human imperfection would spoil its purity. When you face a new project, do you have in mind the people who are going to interact with it or do you think of it as an isolated piece?

Indeed visitors can disturb the works very easily, for instance while speaking or making other noises in the room. The full spectrum of sounds can only be experienced in total silence. In that sense being the only one inside the space is what I appreciate the most. Of course opening receptions are normally the worst situations. But at the end, it is not really about the number of people being inside a piece, but about their attitude and behavior, about their understanding of the work. But the larger the number of people being inside at the same time, the higher the chance that someone doesn’t understand the importance of being quiet, which is therefore disturbing the experience of all the others... Often there are only a limited number of people allowed to enter a piece at the same time. Sometimes this helps.

Would you say that the experience of sound that you deliver would be affected if you used more sophisticated materials?

The sounds in my work are generated through the materials themselves. Its sound properties and general behavior, as well as the interplay of the materials used, and their combinations, are the key elements of the final sounds, next to the sound properties of the space and its materialization itself. In that sense, every use of any material is affecting the sounds.

The sounds coming out from your installations could be sensed as chaos, but also as order resulting from repetition. How do you manage to merge both patterns?

I'm interested in simplicity and complexity at the same time: simplicity in the system and complexity in the behavior that develops out of the system. In that sense, there is also order and chaos simultaneously. I attempt to construct stadiums in which the materials begin to act individually, taking on their own behavioral characteristics. Materials, resonance properties, proportions, space, strength, and frequencies are some of the key elements in this process.

What’s the perfect mix of sound and movement in nature?

Senses are fully activated when interacting with your work, which can be experienced through sound and movement. Would you like to play with other senses like, for example, smell?

My work is based on “real” materials. In that sense, we can experience and explore it in all dimensions. We experience the physical world all around us too, including the smell. Most of the time, when entering an installation, the smell is actually very present and characteristic for the specific work. For instance, a space filled with cardboard smells totally different than a space where water drops are falling on heated metal plates. Such a space gets very hot and develops a high humidity. If we were moved by clichés, we could say that Switzerland is a country where order and control are quite important.

Can you tell me how your country of origin influences your work?

I’ve grown up in Switzerland and I am, for sure, somehow influenced by that, but by many other things too. I don’t think this specific influence is strong, and it’s even very diverse, as there are great qualities, but I’m also very critical about many things. Anyway, it’s somehow impossible to know what would be different or not otherwise. But the behavior of my work is growing out of a non-precision, out of the loose of control. If my work would have the precision of… let’s say a Swiss watch, all mechanical elements would do exactly the same. But, in my case, all of them start to behave individually, as they are not that precise and for that reason everything gets out of control immediately. If watches would work that way it would actually get pretty interesting! (Laughs).

If you could display one of your installations in any space, which would you pick?

(Laughs) Crazy question... I would have to do some research about that first. There are thousands of very interesting places all over. Most of them, I’ve even never heard about so far... So for now I just focus on the options I have and I am thankful for those. 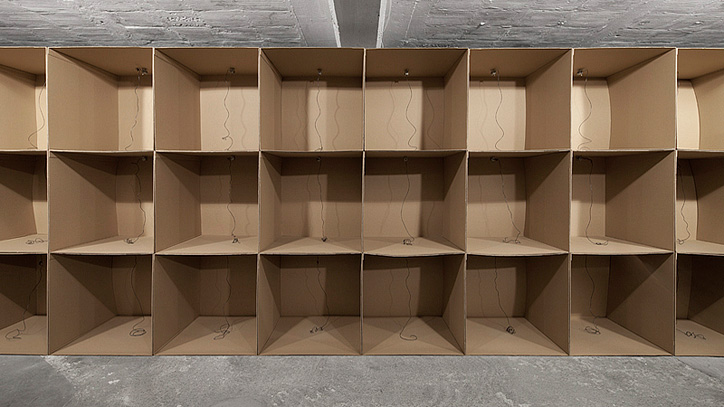 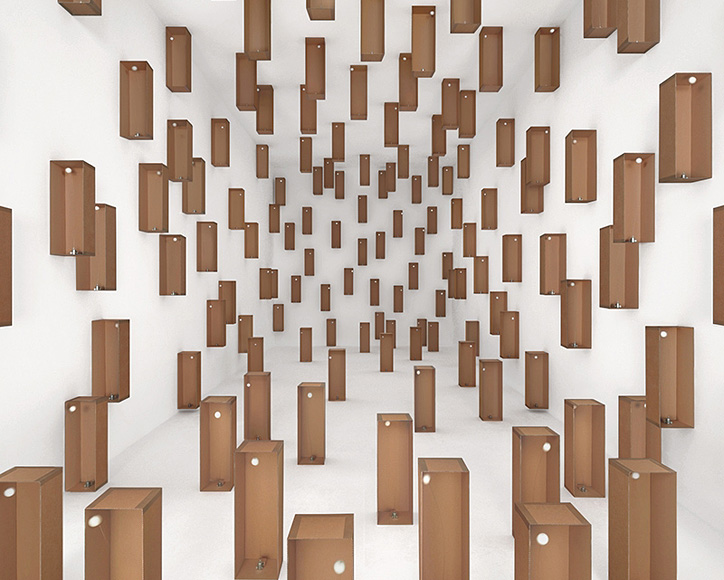 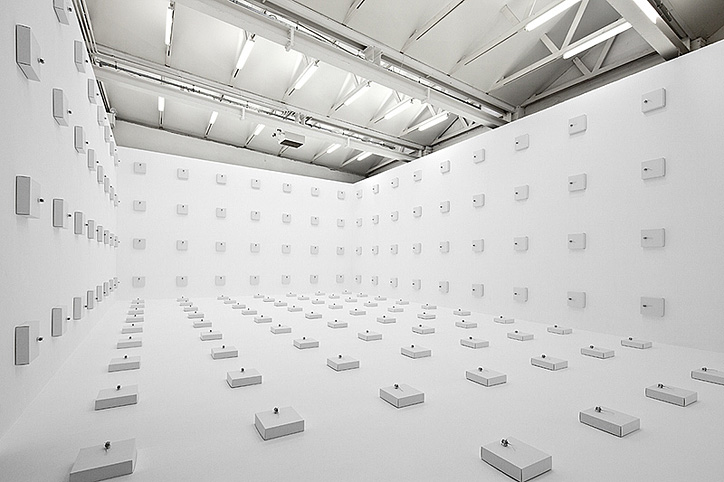 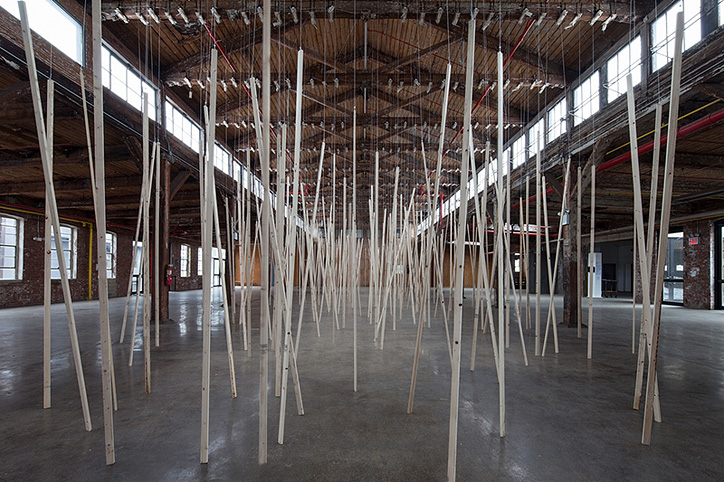 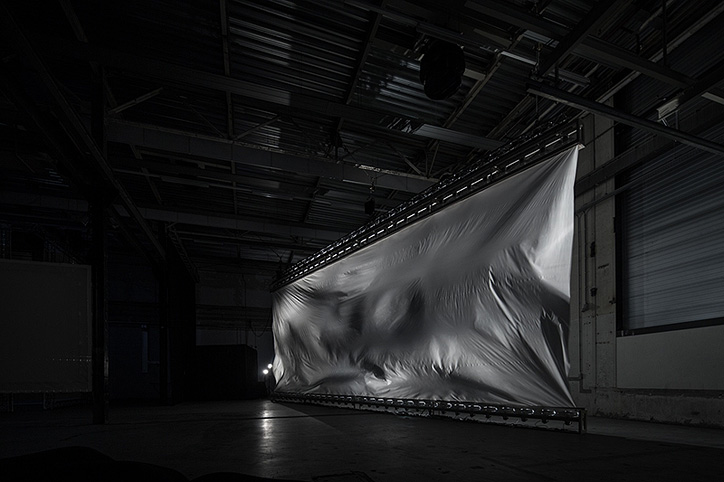