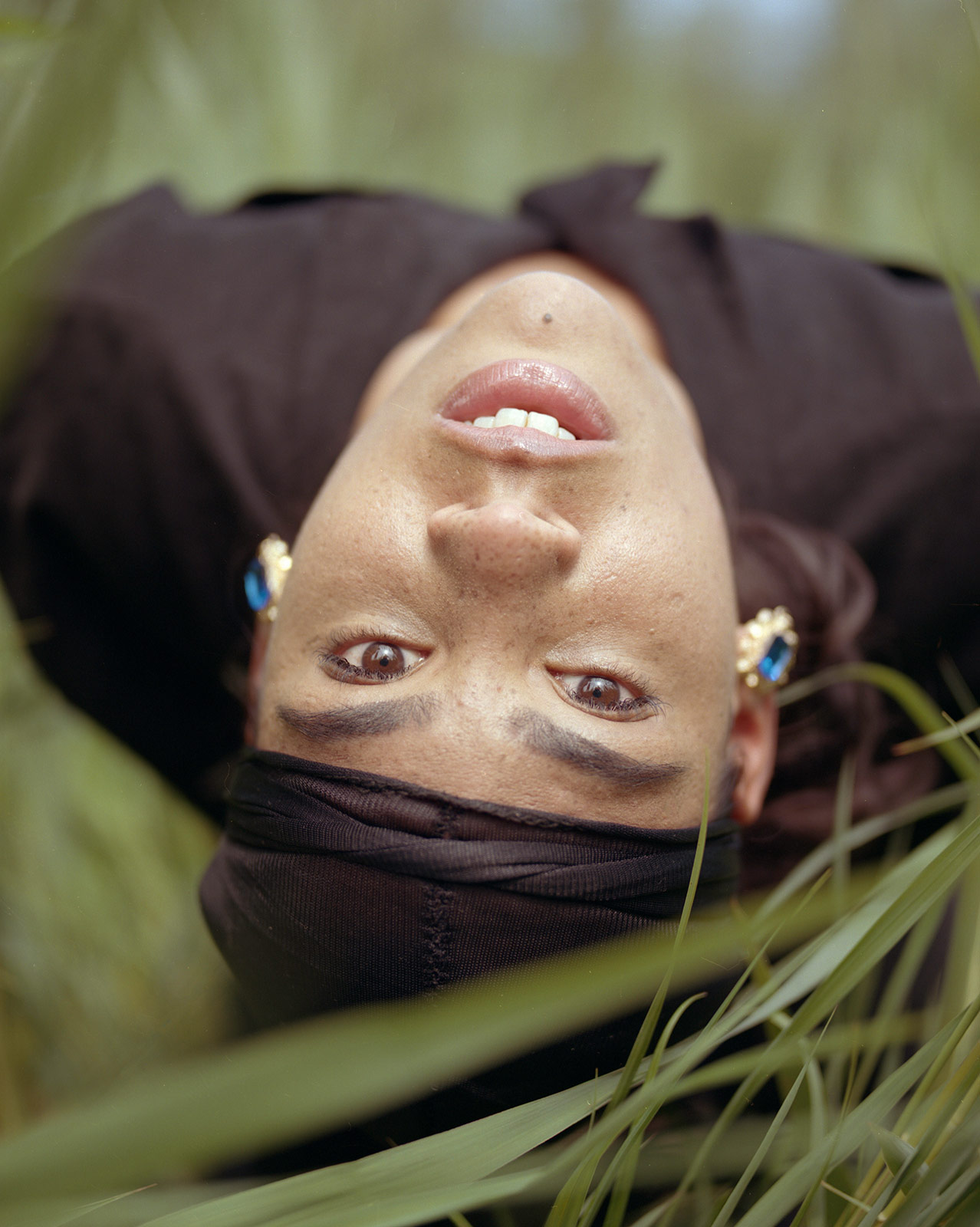 “To define is to stagnate. So I probably would say I don’t define myself”, says Zanillya. She may avoid defining herself, but her music does it for her. After an arduous journey through her inner self, which has taken her from the island of Aruba in the Caribbean to long hours in the studio with her long-time collaborator Capadose, the singer and songwriter – and now, also producer of her own sound – is about to release her first EP, which blends her very diverse influences, roots and interests: dancehall, hip-hop, R&B, and soul. The most important element, though, as she puts it, is emotion. So a few months before the release, we speak to the Dutch artist and daughter of Bobby Farrell (frontman of Boney M.) about music running through her veins, mental health, and the power of sound.

If you had to introduce or define yourself in a sentence, how would you do it?
I am Zanillya and I am still on the journey of discovering myself. I tend to believe that we will never be able to truly define ourselves as we are forever growing and changing. To define is to stagnate. So I probably would say I don’t define myself.
You are the daughter of the late disco legend Bobby Farrell, frontman of the great Boney M. I assume you could either become a singer/performer or something radically different in order not to be close to his world (teenage rebellion) or even to not be compared. But it seems like music runs through your veins. How do you think your father’s career influenced you both as a person and as a singer/professional?
Watching his experience in the music industry influenced me both positively and negatively. Growing up, I saw first-hand the beauty and the excitement but also the dark side of it all. I witnessed what fame can do to you, and it isn’t always as glamorous as it comes across. His influence has also definitely pushed me to do more and dream bigger, yet it has caused me to doubt myself at times.
My dad was very hard on me but I have come to learn that he was trying to protect me from going into a business that brought him much pleasure but also tremendous pain. If anything, his influence made me cautious and tougher because I am a sensitive person, and you do need to be strong to survive. In this industry, you need a tough skin.
You are on the verge of releasing your debut EP, which has been described as a mix of dancehall, electronica, hip-hop and even R&B. What other elements were thrown into it during the process of production?
The most important element that was thrown into this EP is emotion. My producer and I poured our hearts and souls into it. Before we got to a place where we could really focus on the music, we both underwent a journey of intensive self-discovery on the island of Aruba. After this reflective period, I experienced a life-changing transition.
When we came back, we were living at my mom’s place and, at the same time, we were trying to make our debut EP. This ended up defining the whole last process of finishing a lot of the music; in a way, I was free, yet at the same time, it was a very insecure and upsetting part of my life.
You have mentioned before how much your Caribbean and Macedonian roots (your father was from the island of Aruba in the Southern Caribbean Sea) have played an important role in finding your musical voice, especially in regard to your debut album. How does all of this fold into the record?
I have always felt fragmented in a way. Having so strong roots on both sides of my parents and being raised in a country with so many influences, I felt lost at times. I searched for myself in all kinds of places, first in hip-hop, then, in my Caribbean roots. With this EP, for the first time, I bring all these parts of my heritage together. However, there is so much more to me and my background, so I would say this EP represents both the first chapter of my life and the first chapter of my solo career. I blend my mother’s Roma roots and my father’s Caribbean roots together to create something new, yet I still hold on to my love of R&B and hip-hop.
You also have a history of compelling collabs with prominent names from the EDM scene. Which artist have you enjoyed working with the most, and would you say that your debut release is a product of that legacy?
For me, working with Branko was an amazing experience, as I have looked up to him and his group – Buraka Som Sistema – since I was a young girl. It was a dream come true. He is such a nice and creative person that making a record with him for his album taught me a lot about not being scared to think outside of the box. It was also a testimony of faith and synchronicity for me, as I just reached out to him with my music and he loved it and wanted to vibe in the studio, as he was busy making his album. You never know what you can achieve when you just do and believe in yourself. In a sense, working with such talented people made me see my gift in a different light. Sometimes, as artists, we are not aware of our power, so getting the co-sign of people I look up to gave me strength and faith in my darkest days.

Your album was entirely co-produced with your musical companion, who goes by the name of Humphrey Dennis, formerly known as Capadose. Can you tell me a little more about how you guys worked together in the studio and why he was such an essential contribution to your creative process?
We just have this chemistry that is undeniable. He is the yin to my yang. We have been working together for over seven years and he helped me find my musical voice. He is patient and very supportive of me discovering myself. He listens to my ideas and helps me to translate them. I get frustrated quickly, as I am impatient and hear it all in my head. But he just patiently searched with me until I felt it was right.
With this EP, I consciously produced the sound, as in many ways I always have, yet I previously wasn’t aware of it. We picked the sounds, we worked on the structure, the effects and the composition together and also, lyrically, he always helps. Most of the songs were freestyled and we tried to redo the vocals but it just didn’t feel right, so most of the times we kept the original takes. That is kinda our process. We make something really quick and then take days, weeks, sometimes months, to craft it into where we want it to be. Sonically, we always try to push the boundaries by fusing elements that we love.
On a more intimate level, I read somewhere that you intended this project to be much more personal, spiritual and raw compared to your previous work. Where did this need stem from and what themes did you wish to battle with by releasing the record?
I always felt my music wasn’t complete, as if there was a part missing. I was the entertaining artist and, in many ways, wore this as a mask. I have been struggling with depression my whole life and was ashamed of it. It was Kid Cudi’s Speeding Bullet to Heaven album that really resonated with me and gave me the courage to speak about my innermost pain and truths. That is when we made C.R.S.H.D and another song titled It’s You. From then on, I think I connected with a part of me that felt so good and pure that I didn’t want to hide it away any more. I was longing for that part to come out and once the floodgates were open, I just let it unfold – and it is still unfolding.
I have always wanted to inspire people but felt too insecure to speak about my mental health because it had such a bad stigma surrounding it. I was scared people would see me as weak and would judge me, but I know how important it is to be a voice. The courage of figures like Kid Cudi, XXXTentacion and Adwoa Aboah helped me remember that everyone has their demons. Hearing others share their experiences has really helped me realize that I nor anyone else is weak for dealing with anxiety or depression. We need that as people. We need to know that we are not alone. It makes me very happy to know we are now collectively changing these stigmas concerning mental health.
Could you tell me which artists inspired you the most while you were working on the album? What's more, are there any Amsterdam-based names you can share with us that are desperately missing from our repertoire?
Like I mentioned, Kid Cudi inspired me a lot during the making of the EP, but also FKA Twigs, Kelela, Solange, Kanye West, XXXTentacion, Bob Marley, Nina Simone, and many afro and dancehall artists. I don’t listen to a lot of Dutch artists but we have some great talent here. I love an artist named Tabitha. She brings something unique to the Dutch music scene. And one of my favourite Dutch artists is a frequent collaborator of mine named Sarah-Jane. She is special and super talented. I am really into music coming from the United Kingdom like Jorja Smith, Skepta, Stomzy, J Hus and Maleek Berry among others.

“I searched for myself in all kinds of places, first in hip-hop, then, in my Caribbean roots. With this EP, for the first time, I bring all these parts of my heritage together.”
In addition to the music, you also are aware of how important image is. In what ways does your aesthetic complement your sound?
I am a huge fan of fashion and always have been. My mum was a fashion designer so she taught me young. I love a lot of different styles and eras, just like with music, so I love to experiment with how I externalize features of my inner-self through fashion. But I’m going through phases all the time. We’re all interested in what the person behind the song looks like because they make us feel something. To me, music tells a part of the story and the imagery and visuals tell the other. The aesthetic is part of the magic and mystique.
This year seems pretty exciting due to your upcoming EP. What other plans do you have for the next months? Perhaps a tour?
For now, the focus is on the release of the EP. After that, we are back in the studio working on new music. There is no tour planned as of yet but we are working on it. 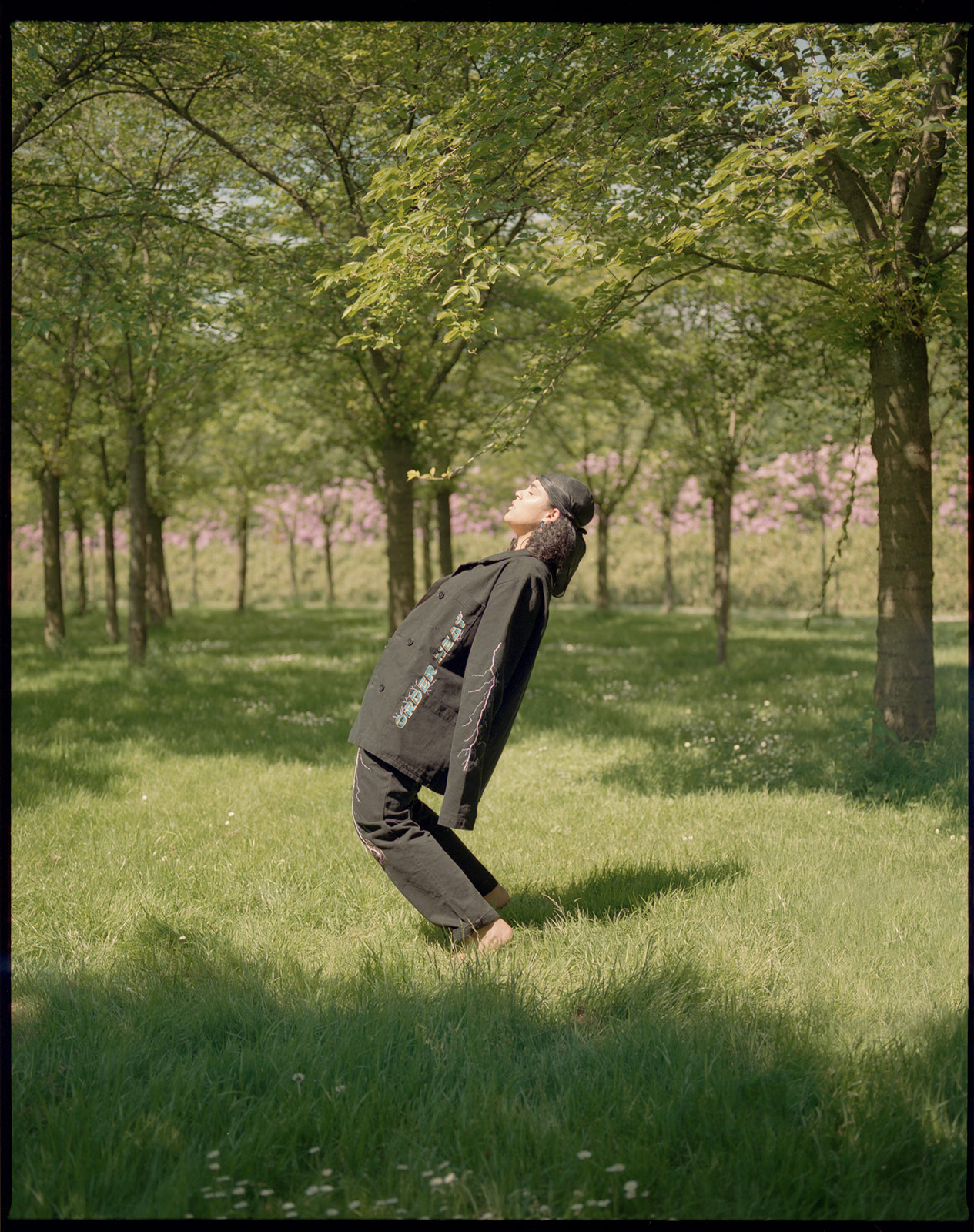 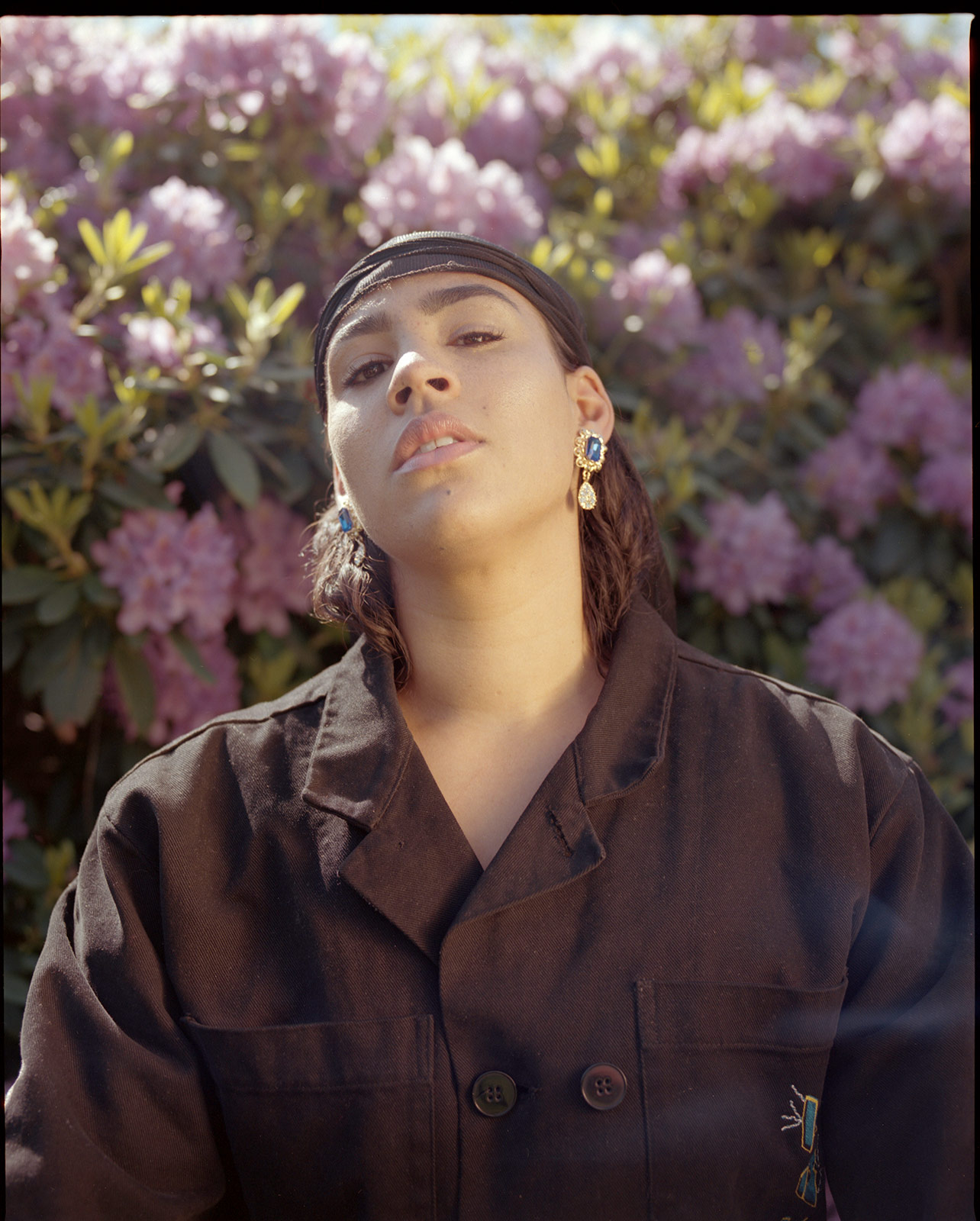 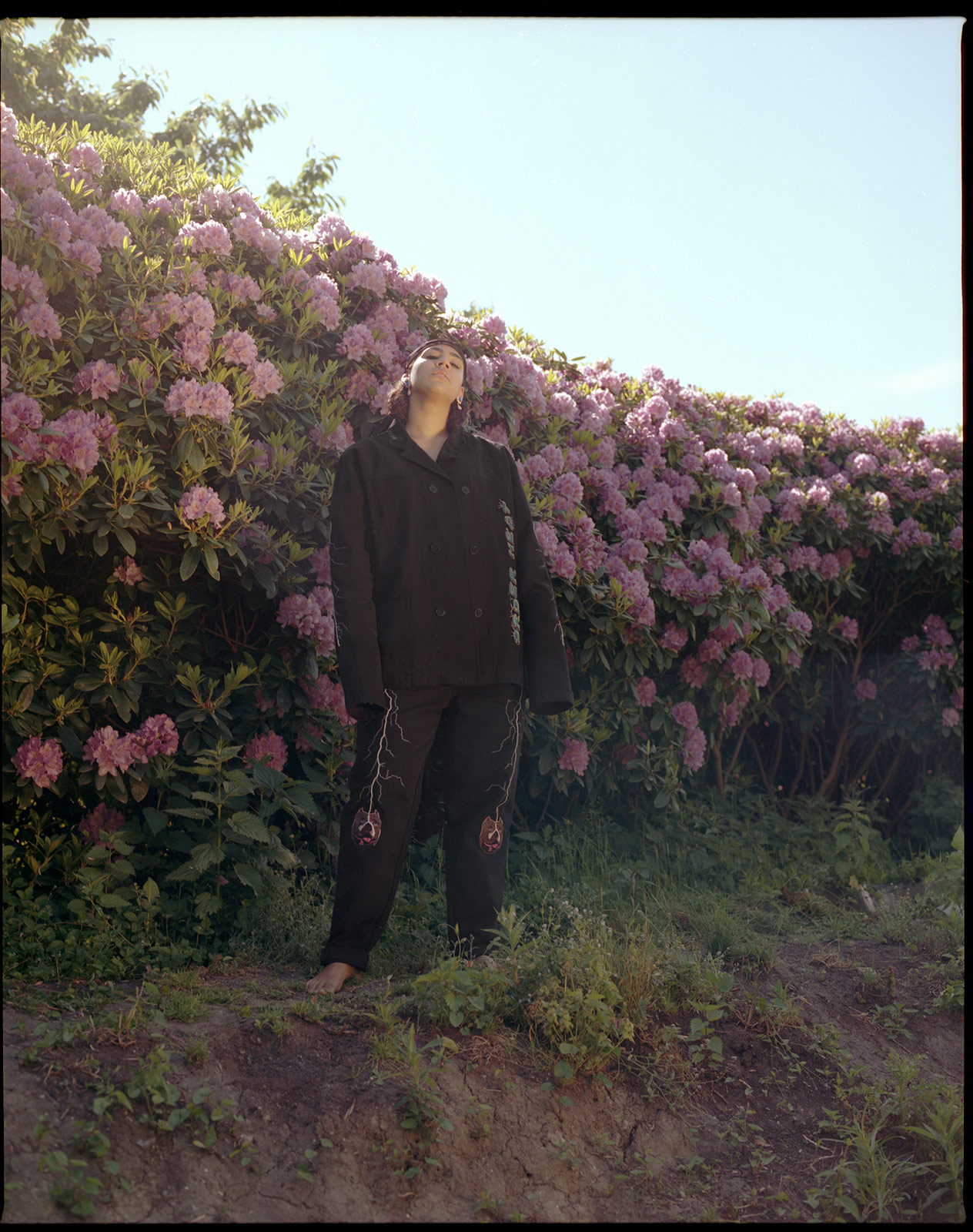 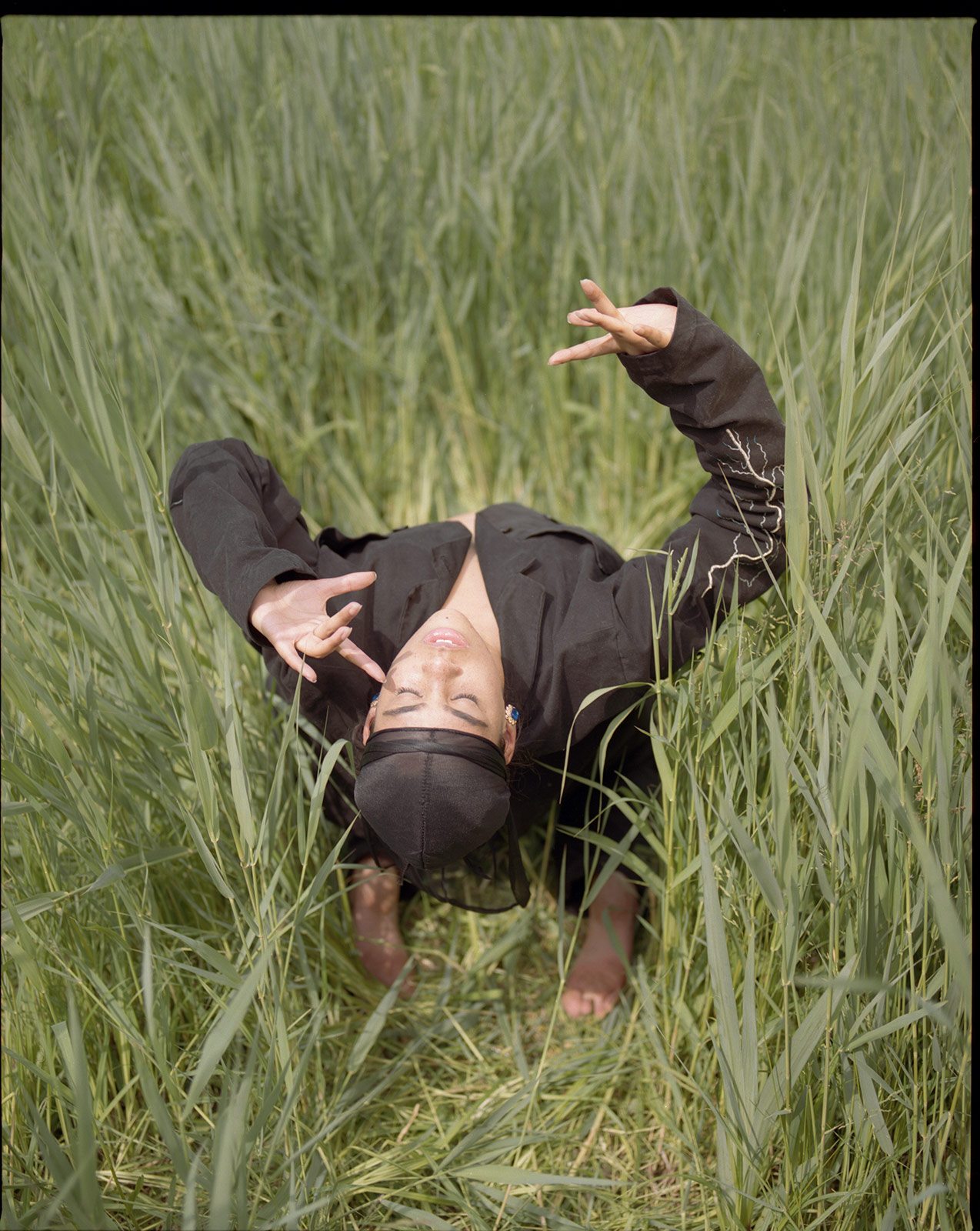