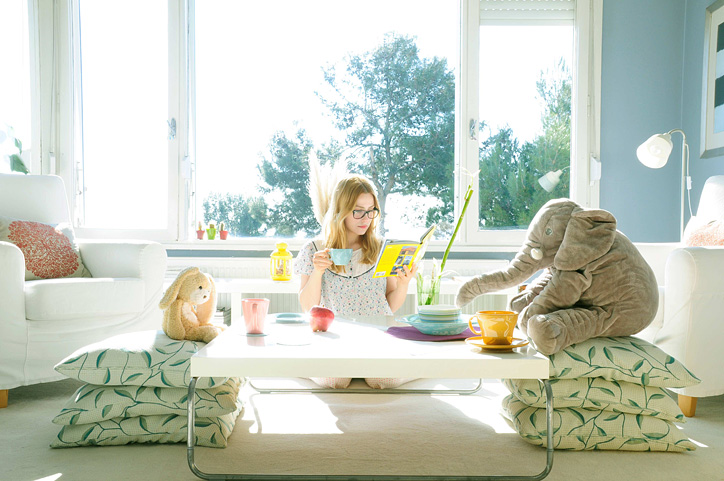 Yonca Karakaş is an Istanbul based photographer who dreams what she will shoot. She wakes up, watches cartoons and then attempts to get through every movie that ever existed. When the shooting day comes, she goes to the studio, sets her own decoration and is involved with every part of it; Yonca believes that if she doesn't have complete control, the stage doesn't belong to her anymore. Her shootings are made of her dreams. It feels so good and makes you feel so thankful to see one can be so willing to open their private dreams to the public. This way you can see through their eyes, have another look at the world under the influence of all those photographers, painters and artists inspired by their dreams. We wanted to get a closer look into Yonca's life, to know more about her shootings and let others be inspired by her work.

Hello Yonca. I've been following your work for a long time now and I'm a big fan of it. I'd love to know more about you and your background...

First of all thank you, I am flattered by your interest. I lived in a crowded family and was the middle kid of my parents' 7 children and it was not only my siblings I was surrounded with, I also had the small army of cousins and relatives. There were at least 10 kids in just one house playing games and having fun. I soon realized I was the one setting up the games and giving the role to each kid, like getting them to imagine the floor was filled with lava and whoever crossed the boundaries (which of course I set off the safe ground) would be dead. I was a dreamer and a leader, just like most kids think of themselves. I also manipulated some Mythological stories and played them with other kids of the family, and I don't know if I should be ashamed but we played those games continuously till my late teens, and well, we still do it occasionally just for giggles. I could say I grew up in a crowded and happy family. In a big family there are lots of opinions and ideas!
In high school I wanted to be a genetic engineer because the idea of cloning was popular those days and I was very interested in that, but shortly after I realized I had to study hard for that, so I threw that and moved on because I don't like to enforce myself to do anything which is about genetics I guess... Then came the cinema, I believe cinema is a great gift that has been given to us, it is like a parallel or alternative universe which we can experience. And that solely was the whole reason I chose my education, even though after a while I found myself shooting photographs. I got bored quickly in the beginning but when I realized I could still add fiction into it, I started to like it.
I decide the location of the shooting and design the environment, the clothes, hair and make up. It feels like if I don't have control over those elements it will no longer belong to me. My shootings are basically my dreams so I should be the one to construct them.
About my daily life... Well I am one of those that society refers to as anti-social; I don't drink, don't smoke, I easily get bored hanging out with my friends. Other than that, I see a photo everywhere I look. I usually find myself staring, examining strangers, changing their hairs and adding some objects to them in my mind. I must say this whole exercise can become a little exhausting, I sometimes want to find that switch that provokes it and just turn it off. My family say I'm like Vicky from the cartoon series Vicky the Viking; I stroll around saying "I have an idea".

How would you describe the style of your photographs?

At first I would say they seem peaceful and calm because of the pastel tones, but actually they are suspicious and sinister dreams... After all, my dreams and nightmares are what determine the subject. If I would have to say a particular style, that would probably grotesque.

Your photographs always symbolize stabile situations; objects, people, decorations, never giving the effect of having any movement – why did you choose to do it this way?

I am not sure why I do this but I like stabile conditions. At the opening scene of the movie Paris Texas we see Travis walking a long way and the stabile image of his face gives no information about him, a static long scene with just a man walking, even though the walking of him may not seem stabile but the whole scene feels stabile somehow. It brings curiosity and I like it. After all, a photo is static no matter what you do.

What feeds your inspiration?

Music, my dreams, others' dreams besides those movies that frighten me. I like to be frightened, I believe it feeds my consciousness in a way. Unlike my sterilized life, I found myself in a whole other world, a sinister world where you can't predict what happens next and the tension of realizing the situation you are in with instant frames in your mind. At those exact moments the viewer writes his or her own scenario. Well, at least I do write.

Could you tell me a bit about your stories “Golden Generation”, “The Box” and “Pop”?

I don't like to define every frame I shoot or say "that is exactly what I tried to tell". Once it's all done that's when I think why I shot it, I go back and say I might have been influenced by this or that movie. And by going back I can see my concerns and try to solve them. The Box is influenced by Ray Bradbruy's novel Fahrenheit 451. It's about a despotic future in an oppressive community where books are burnt by firefighters, televisions broadcasting brainwashing shows. I believe we are more or less facing the same situation now. We are burying ourselves in our tablets and phones, looking at ourselves and making others watch us too. It's like we really like that, don't we?
Golden Generation is about historic documents losing their value and meaning under today's visual bombardment and the pleasure we gain from it in a grotesque state. We have so many visuals in our life that they don't need to have a meaning to us anymore... After all it's our minds that determine the meaning. Lastly, Pop, it was not a well-planned shooting. It's been a while since we are all aware that we entered a universe of colors and life in a tumblr world where culture is on a rise; the unstoppable rise of pineapple. I thought I should also contribute somehow and that idea lead me to find myself in a place filled with shrimp smells. It's pop after all: produced fastly, consumed fastly.

What else are you doing currently?

Nowadays, like before, I wake up early and watch cartoons which is something that gives me peace. I also bought a slingshot and after some exercise I think I will be pretty good at it, so I've decided I should improve my skills. I will probably take an archery course. Other than that I am taking notes and writing down some ideas for new shootings.

Do you have any advice for people who feel inspired by your work and would like to work in the field?

I am not sure if anybody wants to take these advices but I suggest them to try and do everything on their own, like designing the location, colors, hair and make-up, clothing... it's something that motivates you but can also exhaust you. And do whatever you feel like doing. Don't care much about what others may say, we are already cornered on every side of life.

What are your plans for the future? Where do you want to go with your work?

I dream about a day light studio where most of the walls are made of glass, away from the city, perhaps in a forest. If somebody wealthy is reading this and thinks it's now time to help somebody then I would say why not!? Let's do it. You have all my contacts! 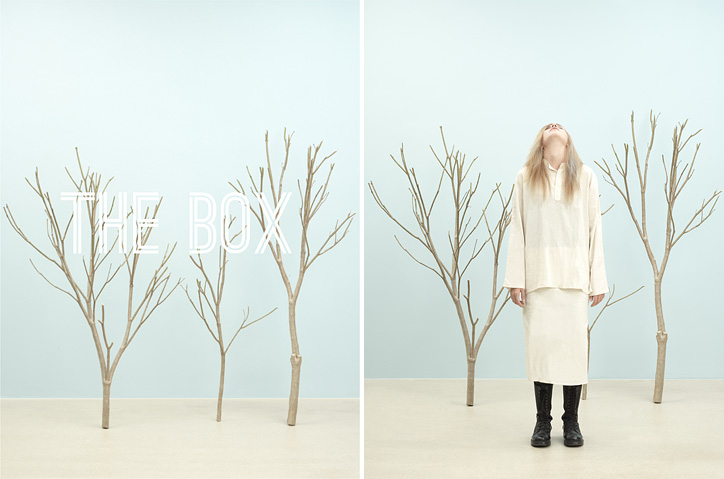 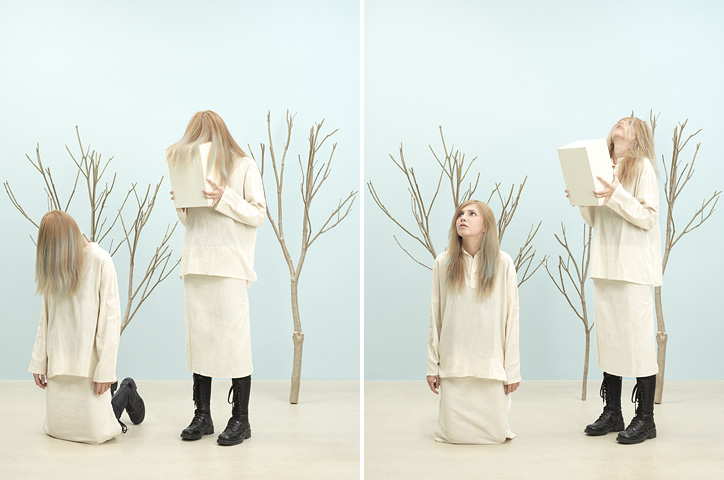 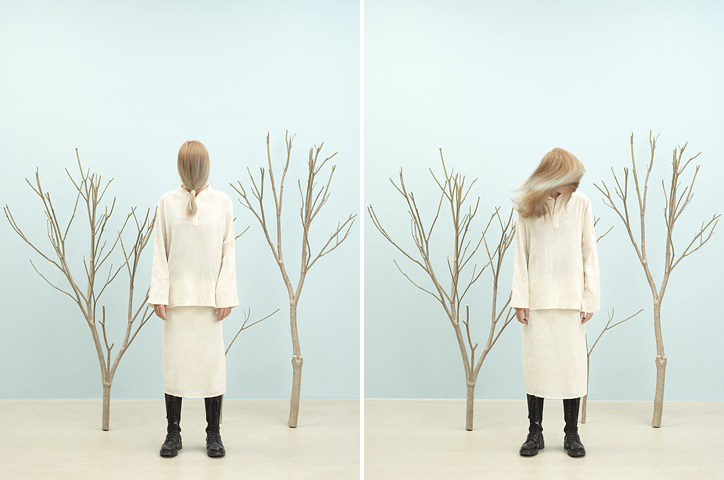 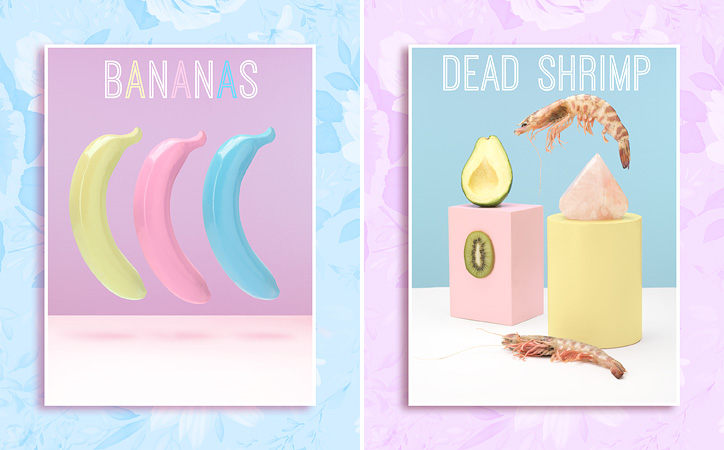 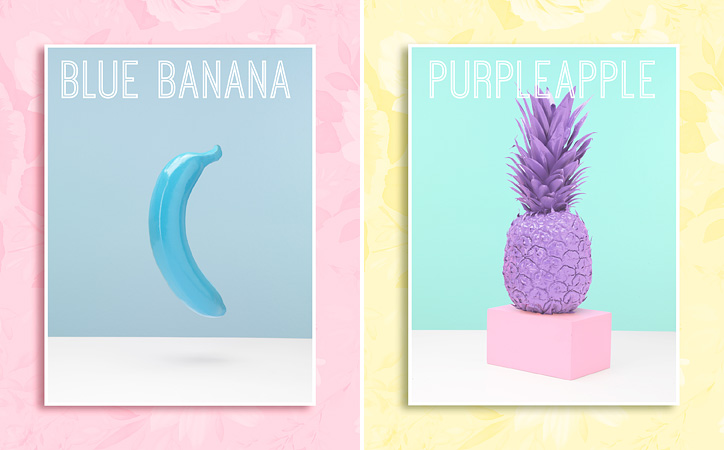 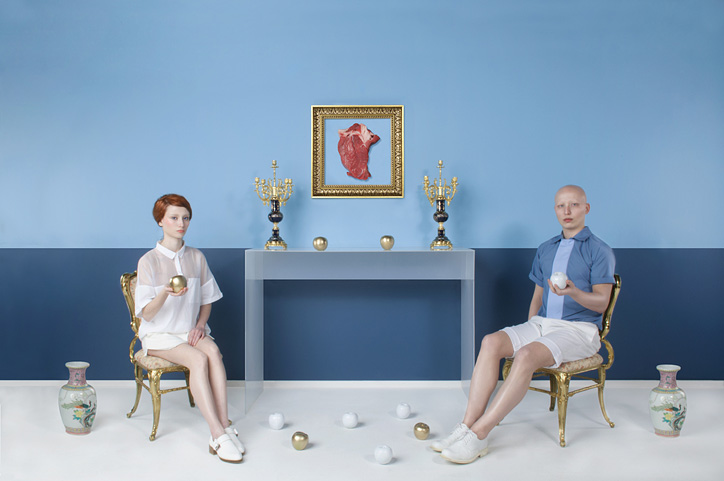 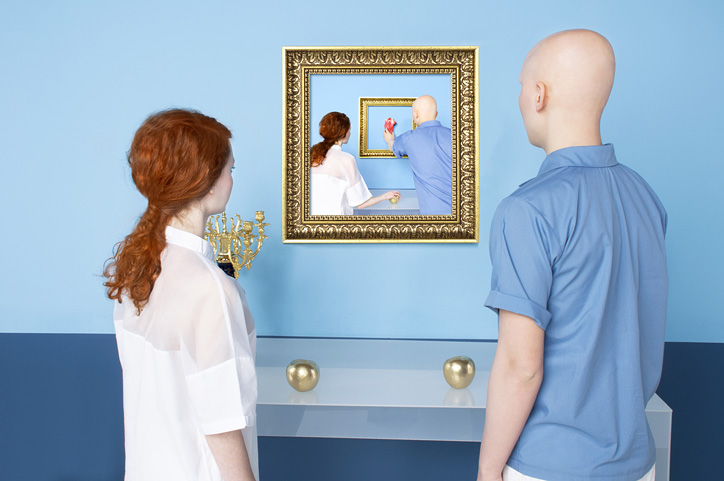 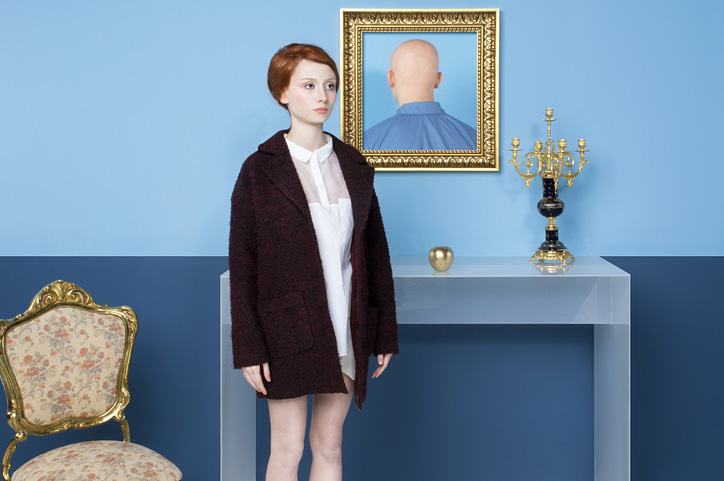 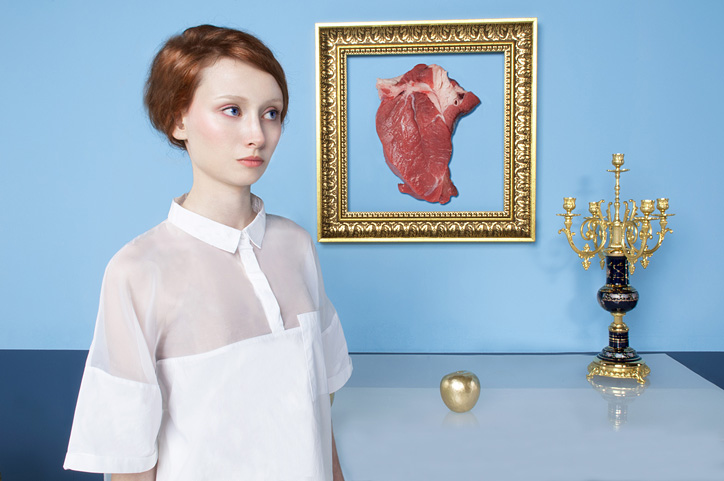 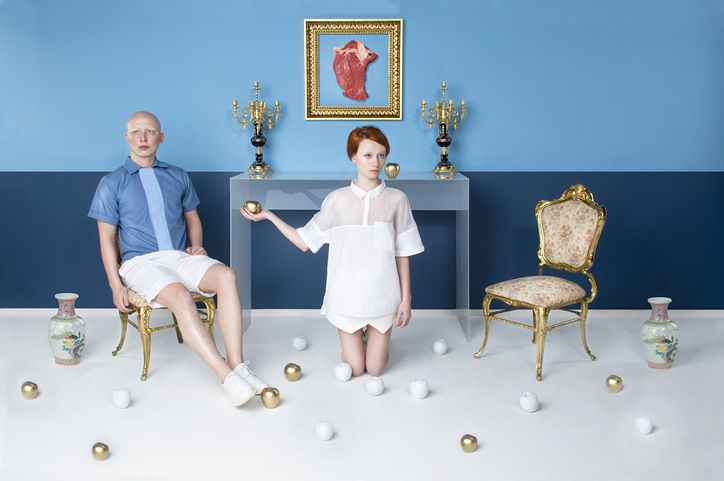 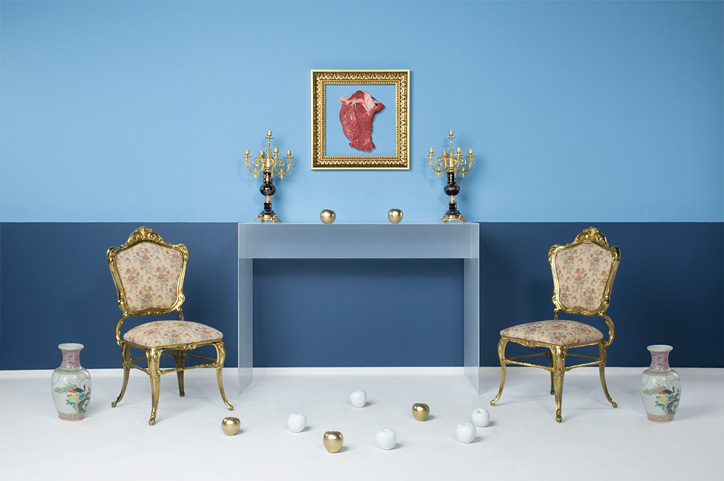