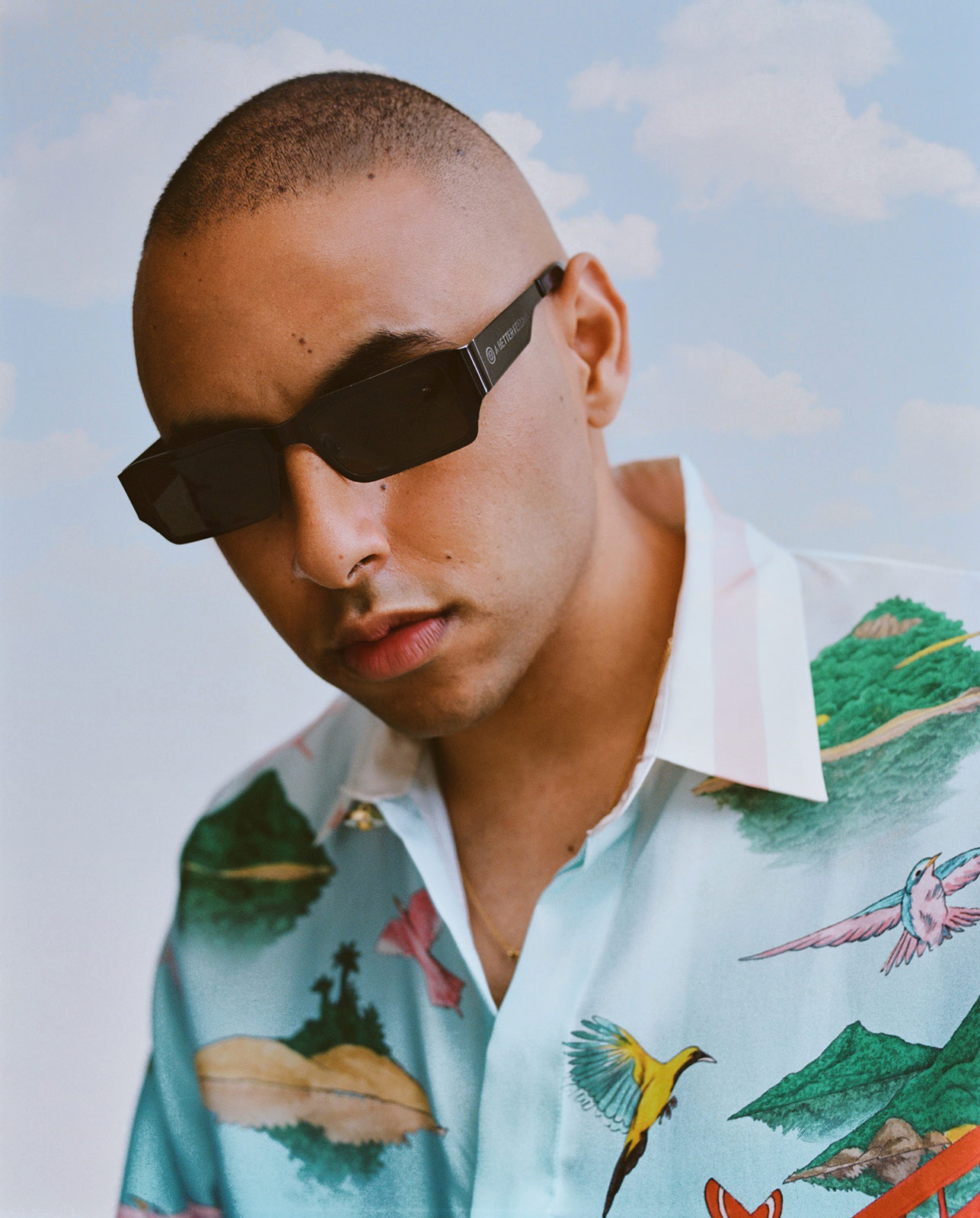 Looking at the creative catalogue of Cairo-born DJ, musician, designer and creative director Xander Ghost, it is unequivocally obvious that he is an artistic force to be reckoned with. Now based in London, Xander has spent the last few years producing an archive of experimental electronic mixes and original tracks that meld together mid-tempo house with a varied sonic palette, utilising a playful combination of Arabic and English vocals that illustrate his Egyptian influence and captivating creative vision.
In 2018, Xander launched aesthetic design brand A Better Feeling, through which he and his team have conceived a line of ultra-modern, highly contemporary eyewear that has since been worn by Billie Eilish, Megan Thee Stallion and other prominent artists. As he tells in our interview, he has big plans for the future of A Better Feeling, and plenty of new music up his sleeve, like Estimated Time of Arrival, an exclusive mix presented by METAL that you can listen below. It also becomes clear through our conversation and sifting through his body of work that Xander Ghost, relentlessly progressive and perpetually experimental, is more than just an artist – he’s a 21st-century innovator.

Xander Ghost · Estimated time of arrival for METAL Magazine
Before we begin, could you please tell us a bit about yourself for our readers who might not know you yet?
Yes, for sure. I am an artist and designer born in Cairo, Egypt and based in London, UK. I’m currently working on my debut music project and designing at A Better Feeling, a company I founded in 2018.
So, you’ve just created an incredible mix called Estimated Time of Arrival. It’s an exhilarating blend of hypnotic vocals and stirring percussion that flows through several emotions, at times becoming soft and pensive and at others soaring with joy. What story is the mix telling?
Thank you! I wanted to push a juxtaposition of various sounds and songs that would usually not be mixed together but still create a cohesive body. The aim of this mix is to make you get lost in your thoughts and transport you to an environment of your imagination. The mix was inspired by an underwater restaurant I visited last year in Norway called Under. The interior was extremely serene, minimal and calming, but the food was pretty experimental, with strong flavours, which almost balanced out the tranquillity.
As well as DJing, you also produce your own original music. Would you say that creating a mix is the same process as writing a song, or does it call for a different headspace?
The process of creating a mix and creating original records are pretty similar but the approach is different. A mix requires a lot of R&D over a long period of time. It is a non-stop process and there’s no straightforward path to finding tracks I like. I end up stumbling upon music in unexpected ways. On the other hand, conceptualizing and producing a track usually comes through dedicated and condensed hours of experimentation and iteration to reach a final product I’m happy with.
Your mixes contain a sense of intimacy and complexity that are impossible to ignore. Do you see your DJ work as being made for dancing to in a club or for listening to alone through headphones? Is it a case of being both?
The mixes were actually designed to be heard in multiple environments. I want to create a sound that you can equally listen to through your headphones while you are working, or at a festival. I would call the mixes a multipurpose experiment.
Your original music is an alluring fusion of bouncy synth lines, swelling sonic textures and exquisitely processed vocals, which flit between being sang in both English and Arabic, the latter of which is your mother tongue. How else do you feel that your music has been influenced by your home country of Egypt?
Growing up in Egypt, I soaked up a myriad of sounds, whether it be the dramatic scores of the soap opera shows played in the background in my house, Mediterranean music or American rap. Having an arsenal of influences made me open to bending genres. Almost all artists in Egypt are independent; the whole ‘major label thing’ kind of doesn’t exist. You just hustle and your homie is your manager, you reinvest in yourself and crack on. I feel being indie and successful in electronic music is more relevant than in, say, hip-hop or other more vocal-led genres. Being indie on a 360 level can be a great thing. Where you take your career is up to you. 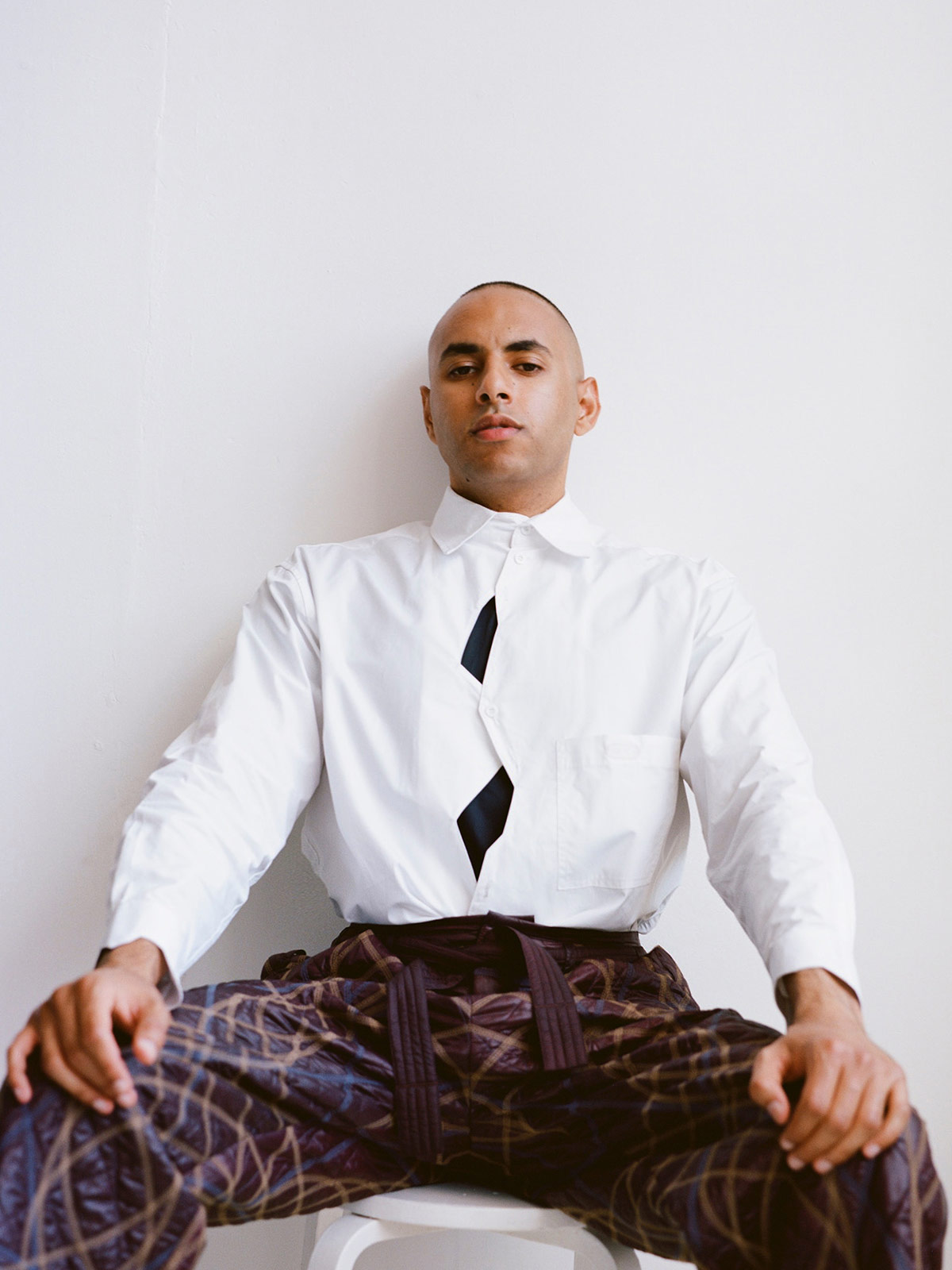 On the subject of Egypt, how does working as a creative and musician in London compare to working in the same field in Cairo? Is there a scene in Cairo that you were part of?
I think you can be more yourself in London. You are more accepted for who you are, which gives you the courage to experiment and push boundaries. You also meet much more like-minded people, which helps deliver your vision. There is an eclectic scene in Egypt now that is growing rapidly and breeding unbelievable talent, but there is still a lot of censoring, which I believe constrains artists and prevents them from fulfilling their full potential.
In addition to your music and DJ career, you are also the founder of A Better Feeling, a design company that has spent the last couple of years producing cutting-edge eyewear that has been worn by names as universal as Billie Eilish, Burna Boy and Megan Thee Stallion. How important is fashion to you personally, and what drew you to eyewear?
I think style is the first line of communication before you speak. I believe how you dress showcases your personality and feeling fresh enhances your mood. Dressing nice almost affects my productivity level, lol. Eyewear is a very tough business to break into. What drew me to it is the technical aspect of the design. It is very similar to architecture in a way, as every piece has to fit perfectly in order for a concept to be a workable model. Additionally, eyewear has this cult-like audience, kind of like with sneakers, where people actually collect pairs and connect with the product deeper than with something like a t-shirt.
Connected to the previous question, to me, the eyewear is the perfect visual representation of your music – sleek, modern, minimal and bold. Are the designs an extension of your work as a musician and DJ?
Definitely. I think the design and the creative direction of the brand is just another form of expression and showcases my vision in another medium. In my opinion, the bar is much higher in fashion in terms of visuals, so taking that energy and matching it with a song in the form of a music video/short film is something that I’m looking forward to next year.
Where are you planning on pushing the brand next? Are there more fashion-based ventures in the pipeline or are you moving on to something else?
Right now, we are growing our eyewear line quite steadily and expanding into what I would like to call hollowware, which are products, such as a vessel, that have significant volume. Our first interpretation of that is a stainless steel scented candle, which took about eight months to develop. We are also working on our first major collaboration, which is set to come out in early 2021.
And finally, back to your music, can we expect any further releases in the future?
I am planning on releasing my debut single in the next few months and following up with my debut EP, which is fully produced and written by me, before the end of the year. I plan to do more consistent releases in 2021, which will include visuals. 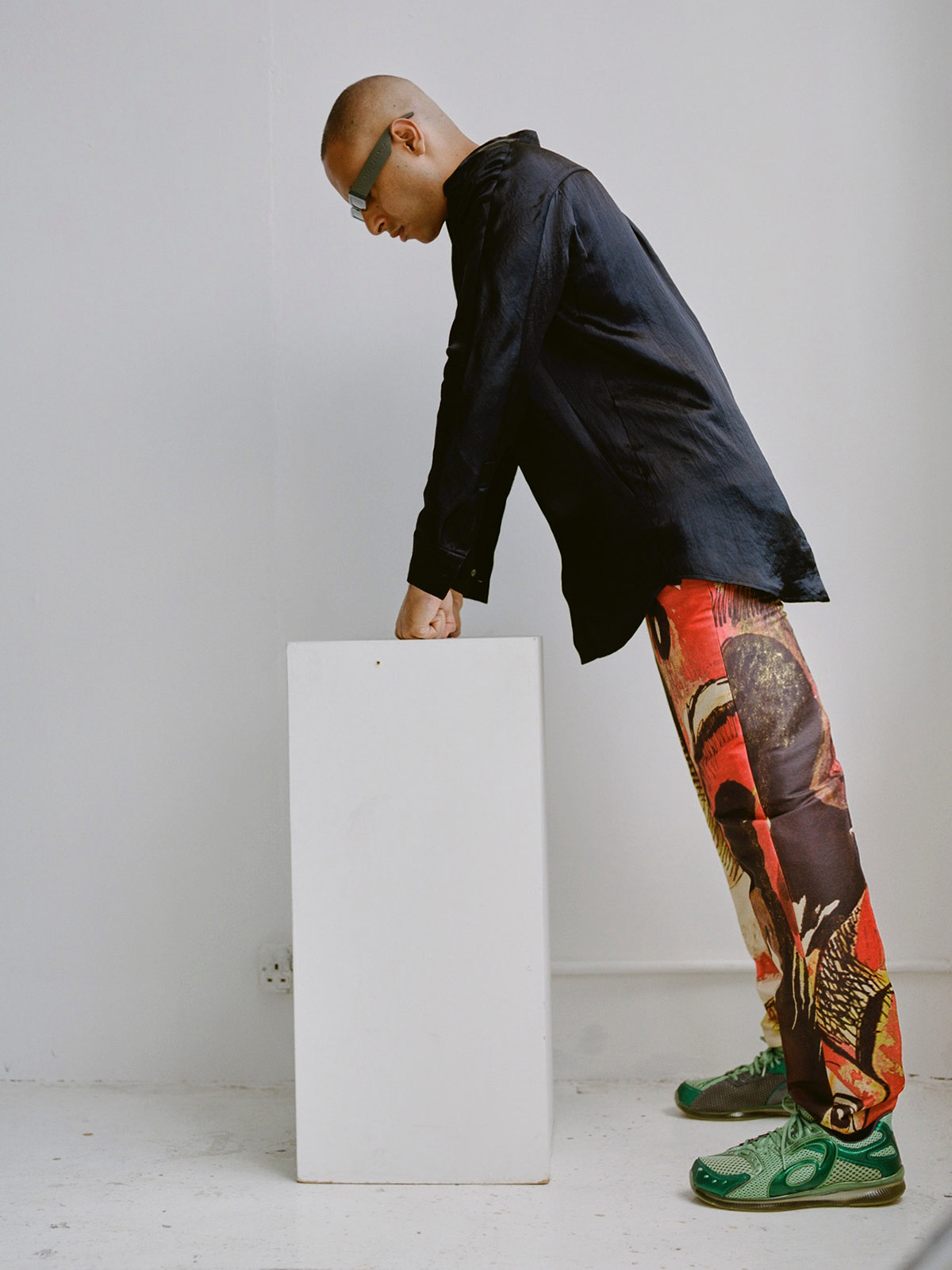