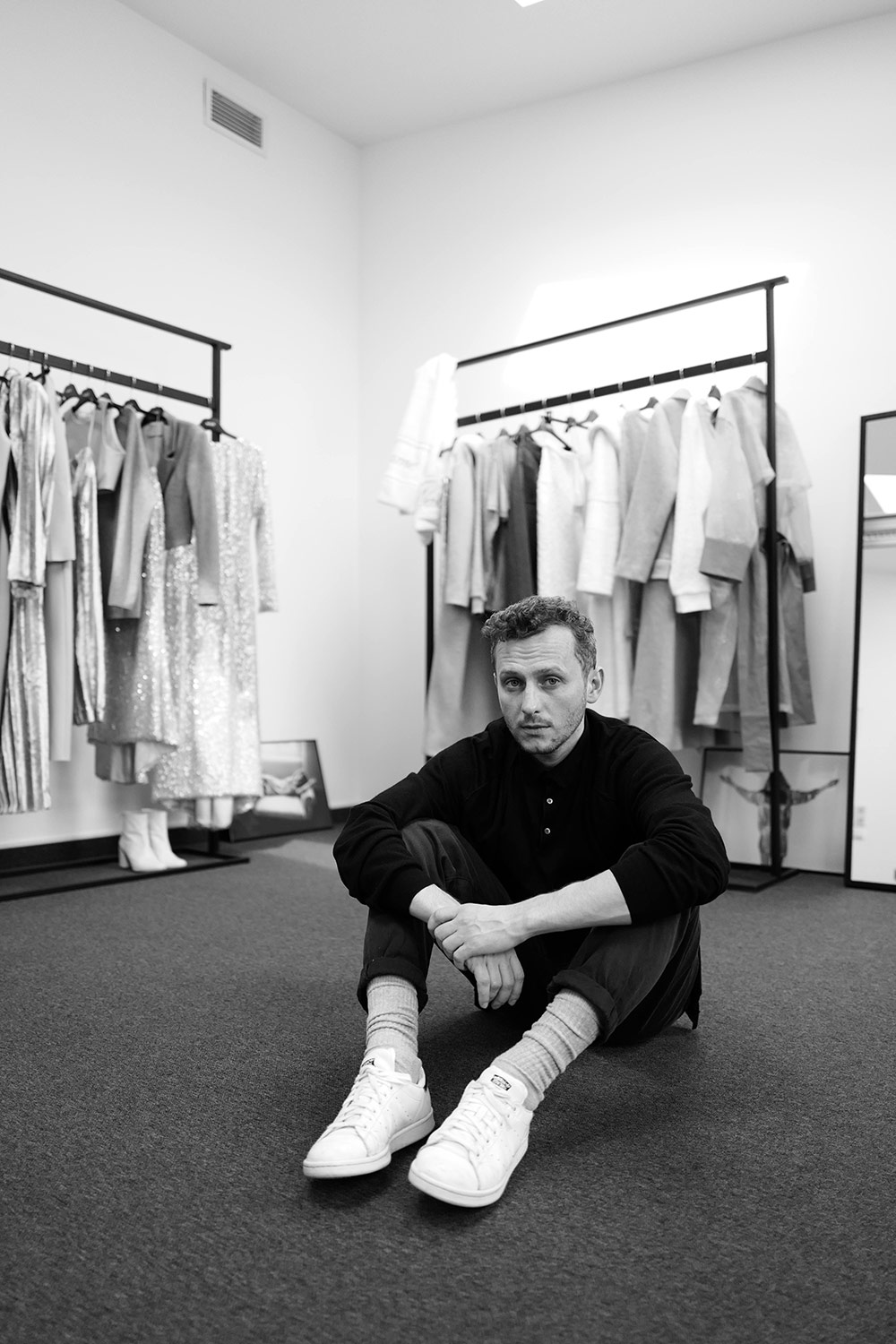 After 12 years spent rising up Moscow's fashion editorial world –from being an assistant at L'Officiel Russia to becoming its fashion director, and then helping to launch Russian Tatler and Russian Dazed&Confused–, Andrey Artyomov started his own brand, Walk Of Shame, which has already reached an international scale. Originally from Ufa, a city in Western Russia, Artyomov attributes his success to his roots, citing his high school Maths teacher among the inspirations.
You started WOS in 2012, how has it changed these years?
I think it came together naturally, step by step. Now we are present in stores in the US, France, UK, and the Arab Emirates. The team got bigger.
Self-irony is an essential part of your brand's DNA. Do you think the customers' response to it differs by countries?
Eventually, it’s just clothes. Some like them, some don’t. I never separate people by nationality or the place they live in. I like to think my customers are independent, free-spirited citizens of the world, like the girls who surround and support me.
Were they the first to wear WOS?
Yes, that’s the beginning of the path for any designer. Seeing Natasha (Goldenberg) wearing my pieces, not only during social events but also at home, when no one sees her, is still the biggest compliment. She’s a huge part of my life. We’ve been friends for a while and I think our friendship somehow reflects in the work I do. And I wouldn’t deny that it’s always pleasing to see celebrities in my clothes. Rihanna was recently in one of our suits. It was totally unexpected! 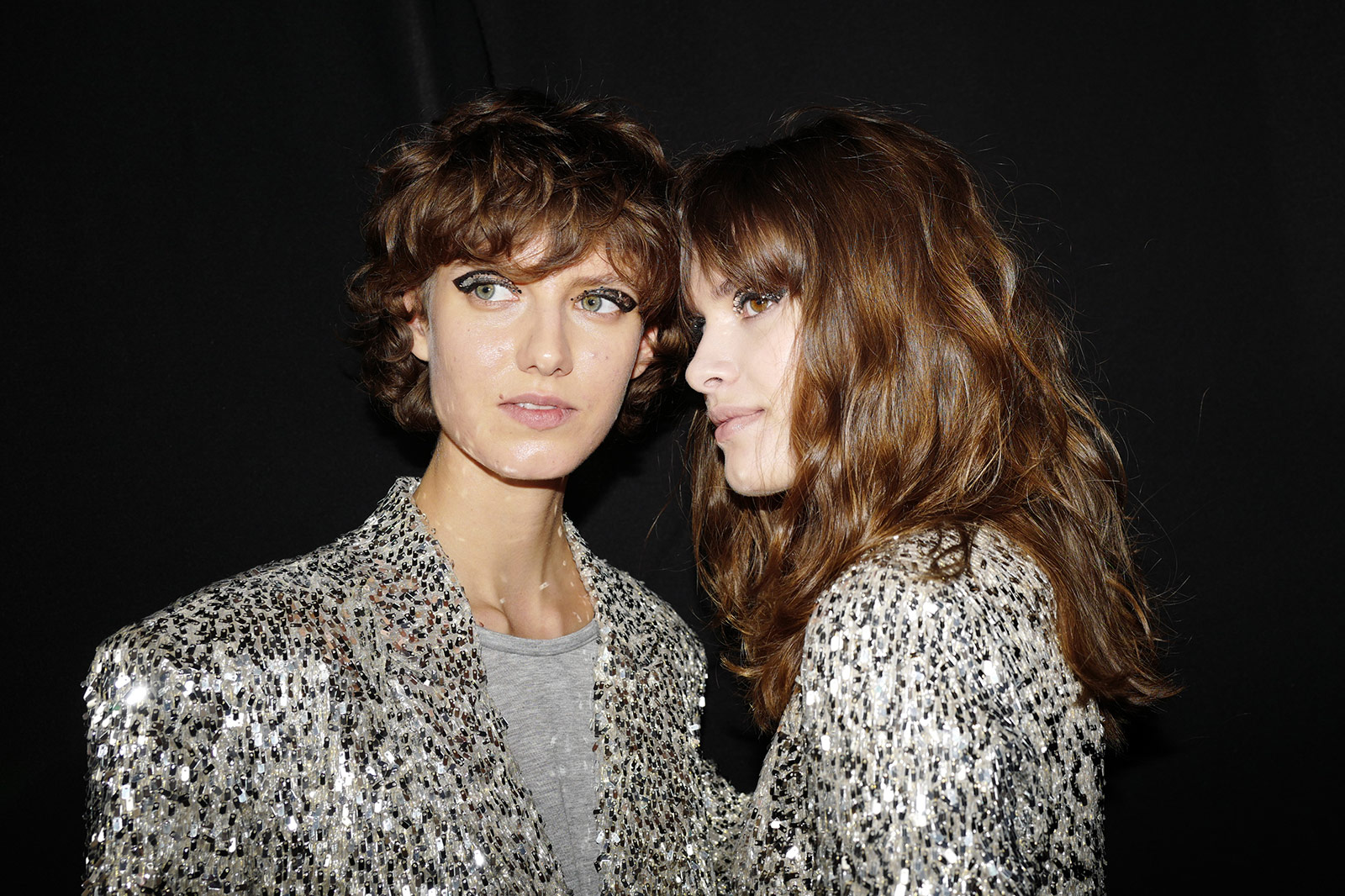 I heard that Baddie Winkle wore one of your orange prison robes for the premiere of the second season of Orange Is the New Black.
Her stylist contacted us requesting that item. I guess it fitted the place really well. The funny thing is that the brand name was spelled in Cyrillic letters on the back of the robe.
Some of your past references include your Maths teacher and cheap clothing markets in Ufa. Obviously, personal story is important for you.
It’s a crucial part of doing something. I have really warm memories regarding my school times. Unfortunately, not that many from university. Galina Gareevna was my Maths teacher in high school and we are still in touch and see each other from time to time. I don’t attend classmate reunions, but I do still have some close friends from school.
Can you tell about the creative process?
Everyone brings ideas to the table. Sometimes I listen to friends, sometimes I don’t, but it’s a constant ongoing process of sharing ideas with each other. We are still doing a show each season in Moscow, when the entire collection has been delivered to Milan’s showroom a month before, just because we like getting all together. It’s a fun time for everyone! We also do street castings. Sometimes a girl walks for us once, sometimes she stays longer and becomes a part of the family. We love to find interesting people we can collaborate with. We had a graphic designer from Crimea who used to make cool prints for us. I usually spend a lot of time researching on Tumblr and other social media sources. 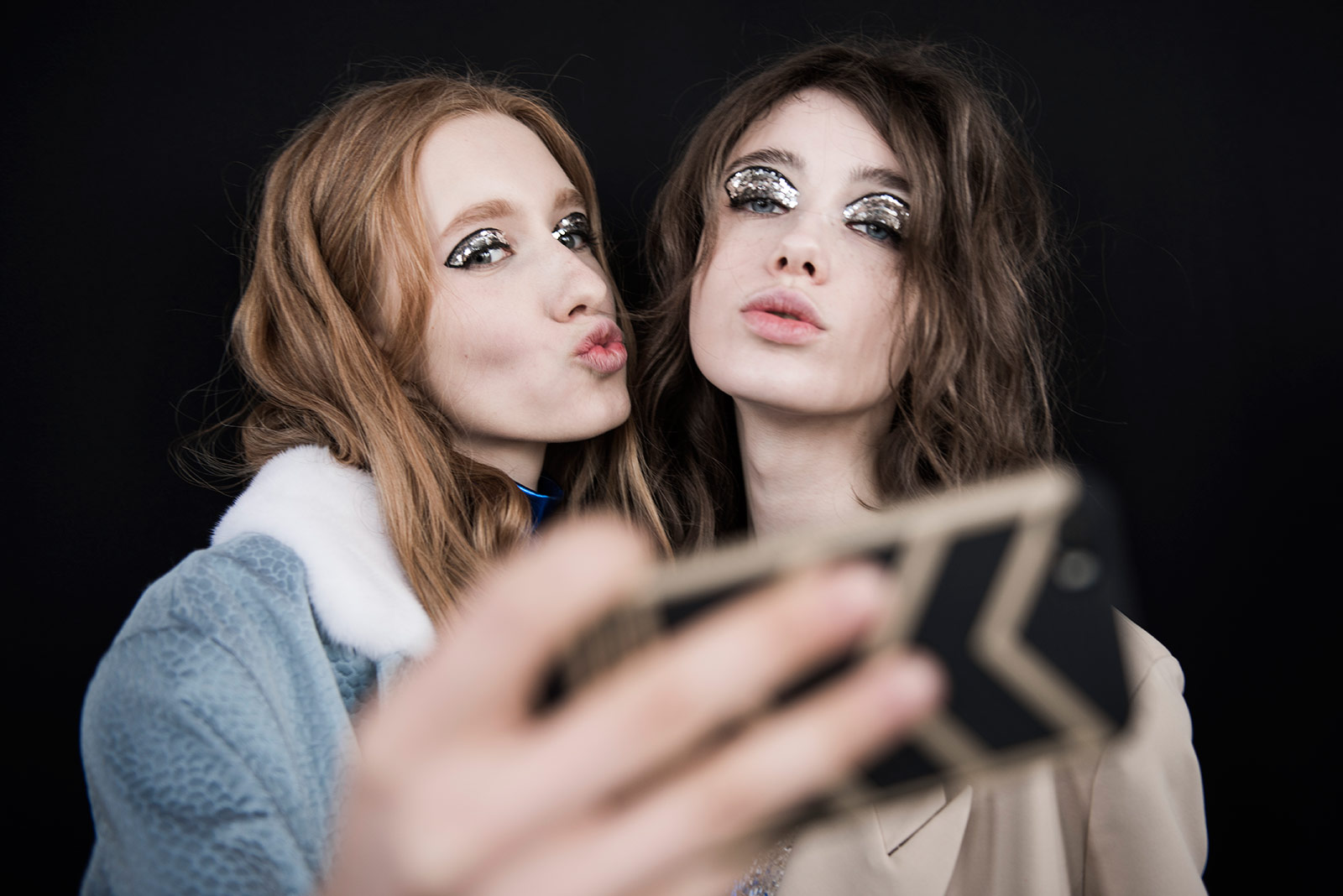 I’ve heard you’re starting a menswear range soon...
Not really. We had many requests from guys to produce some of the T-shirts and sweaters in bigger sizes. But we’re not trying to present it as a menswear line, it’s just our signature items produced in unisex sizes. They will be in stores in July.
Do you agree with an opinion that people buy less clothes nowadays?
I think people started to buy ready looks instead of clothes. No one has enough time to think how to pair, whilst my clothes are pretty basic.
What is your definition of modern luxury?
Freedom and independence. From our brand it’s a fur coat-bathrobe, for those who can afford being relaxed and naive. 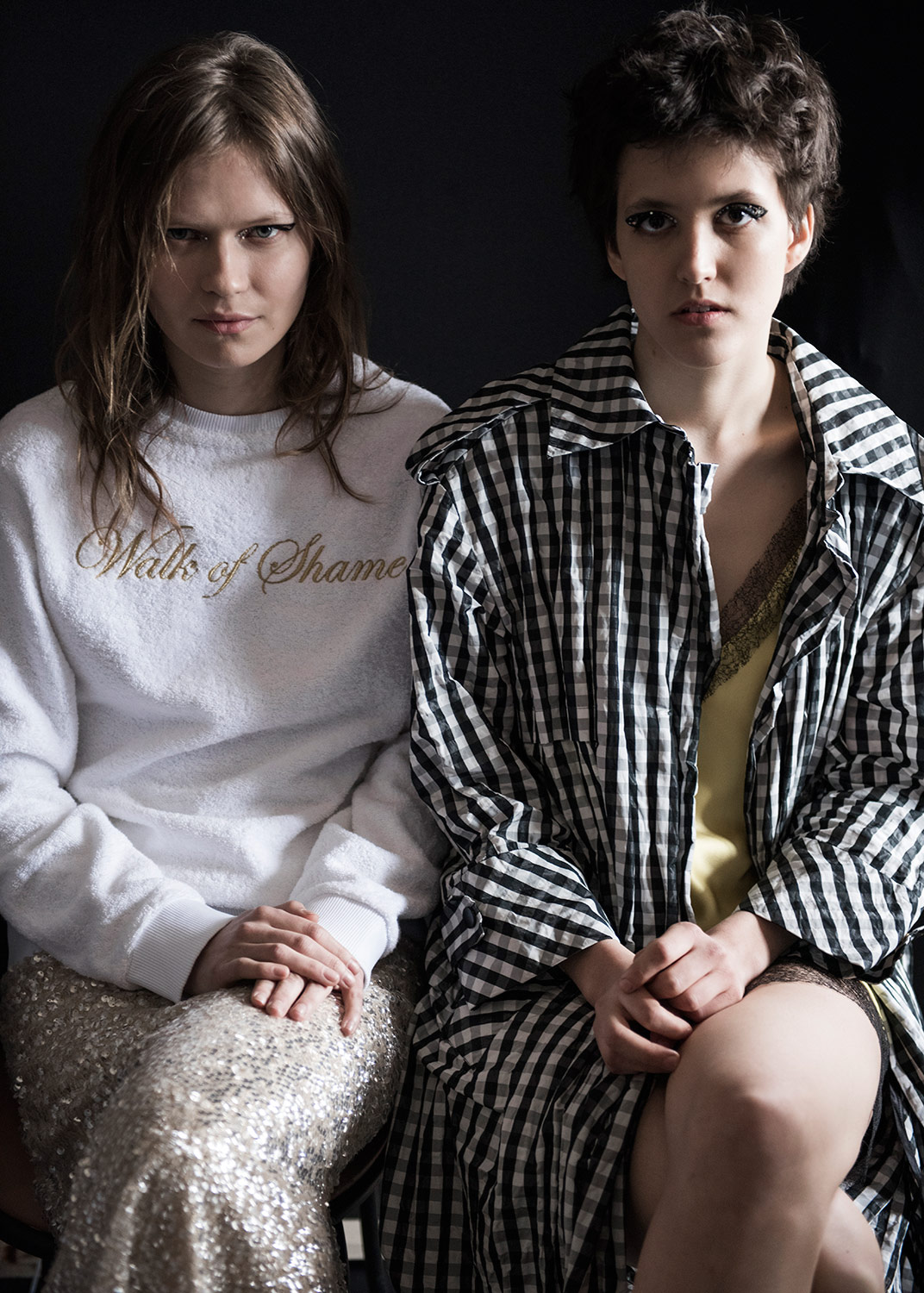 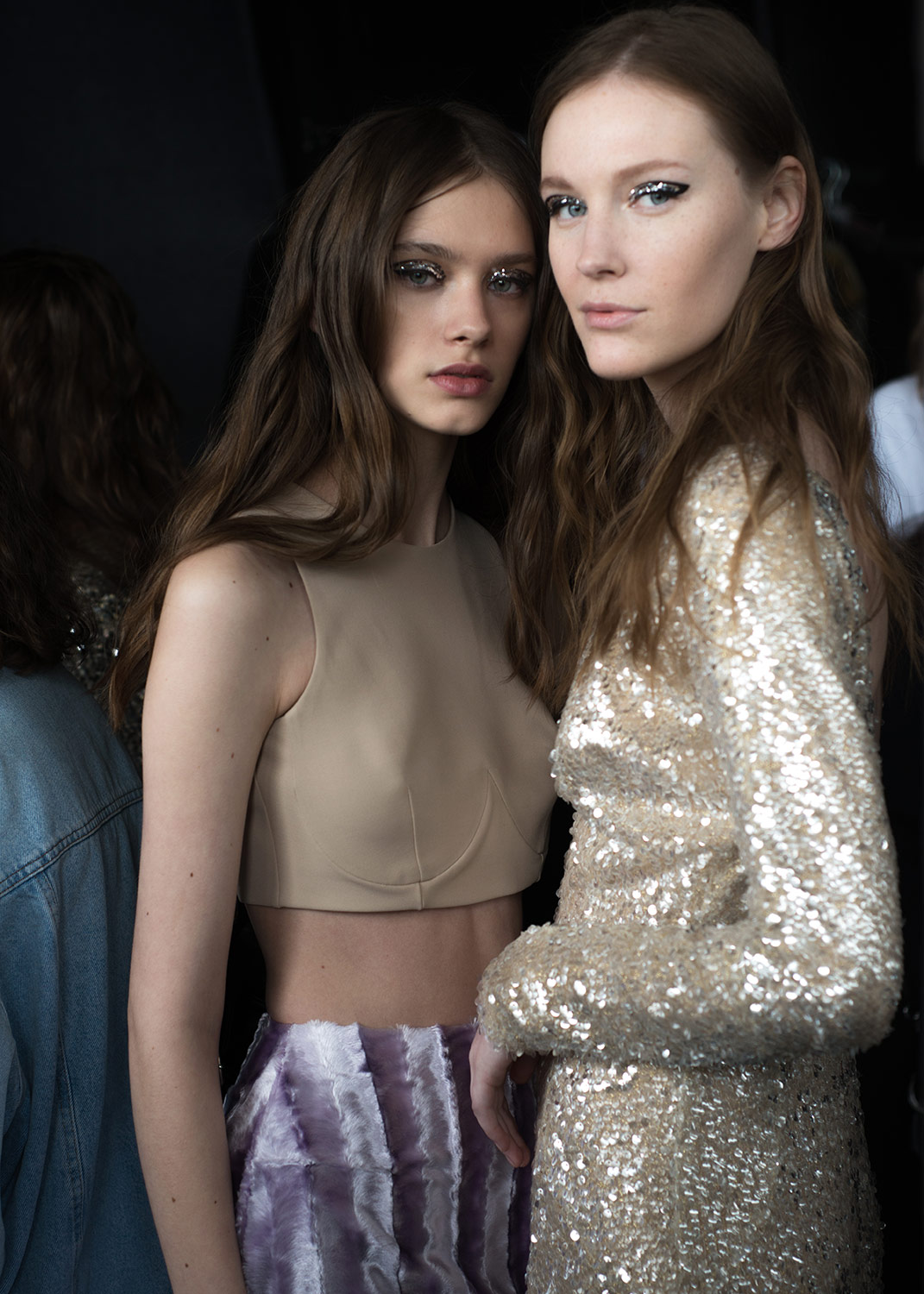 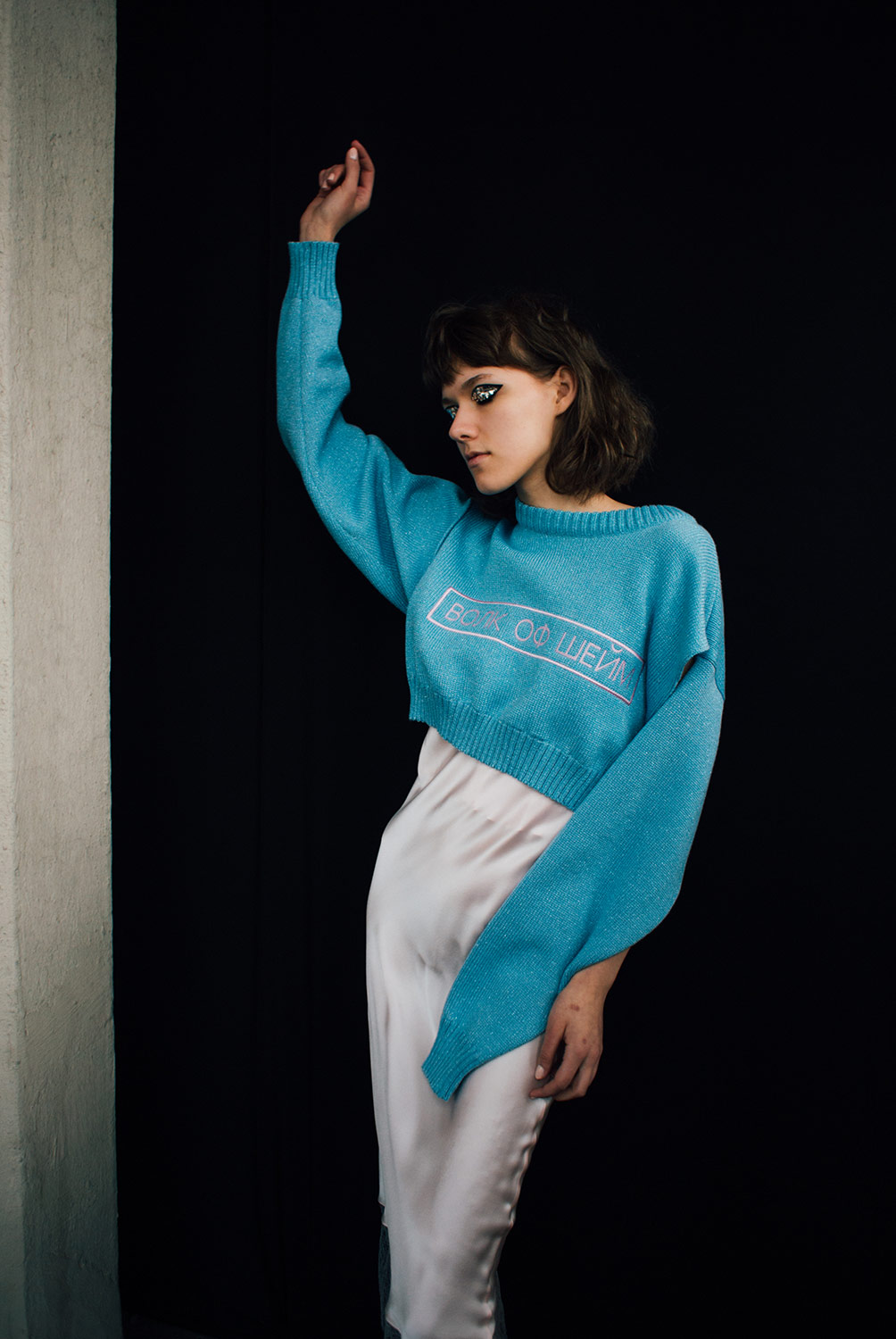 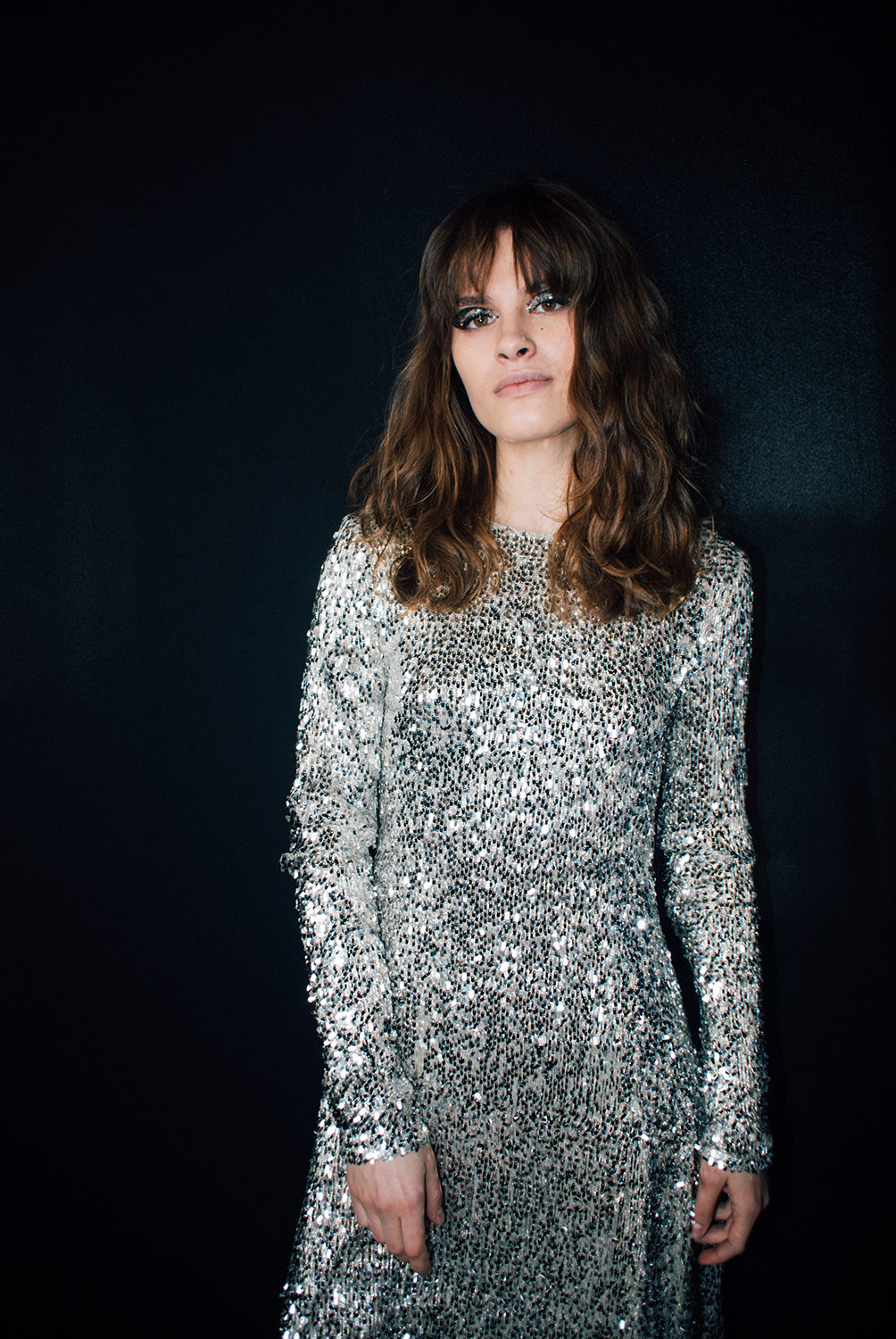 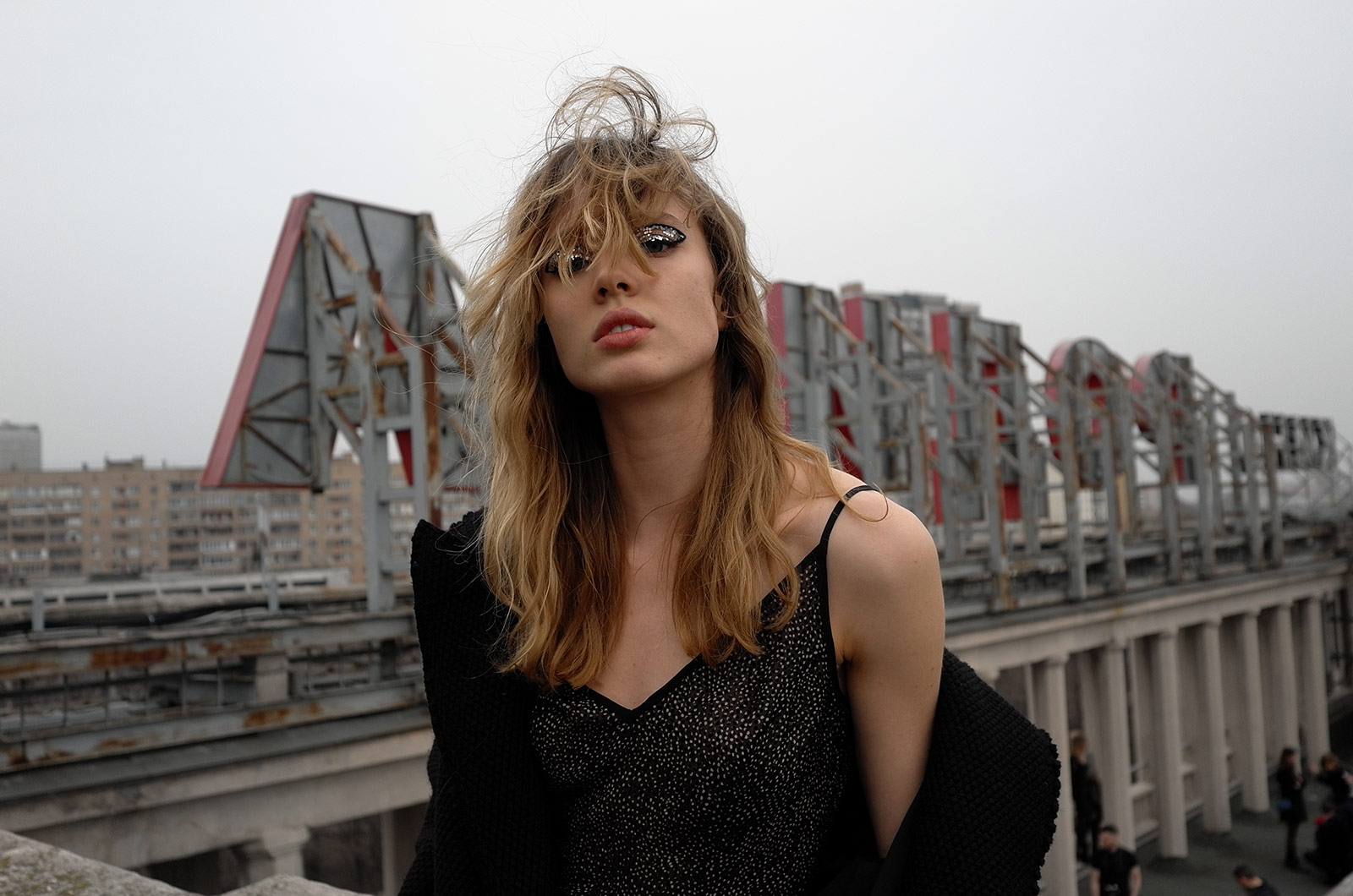 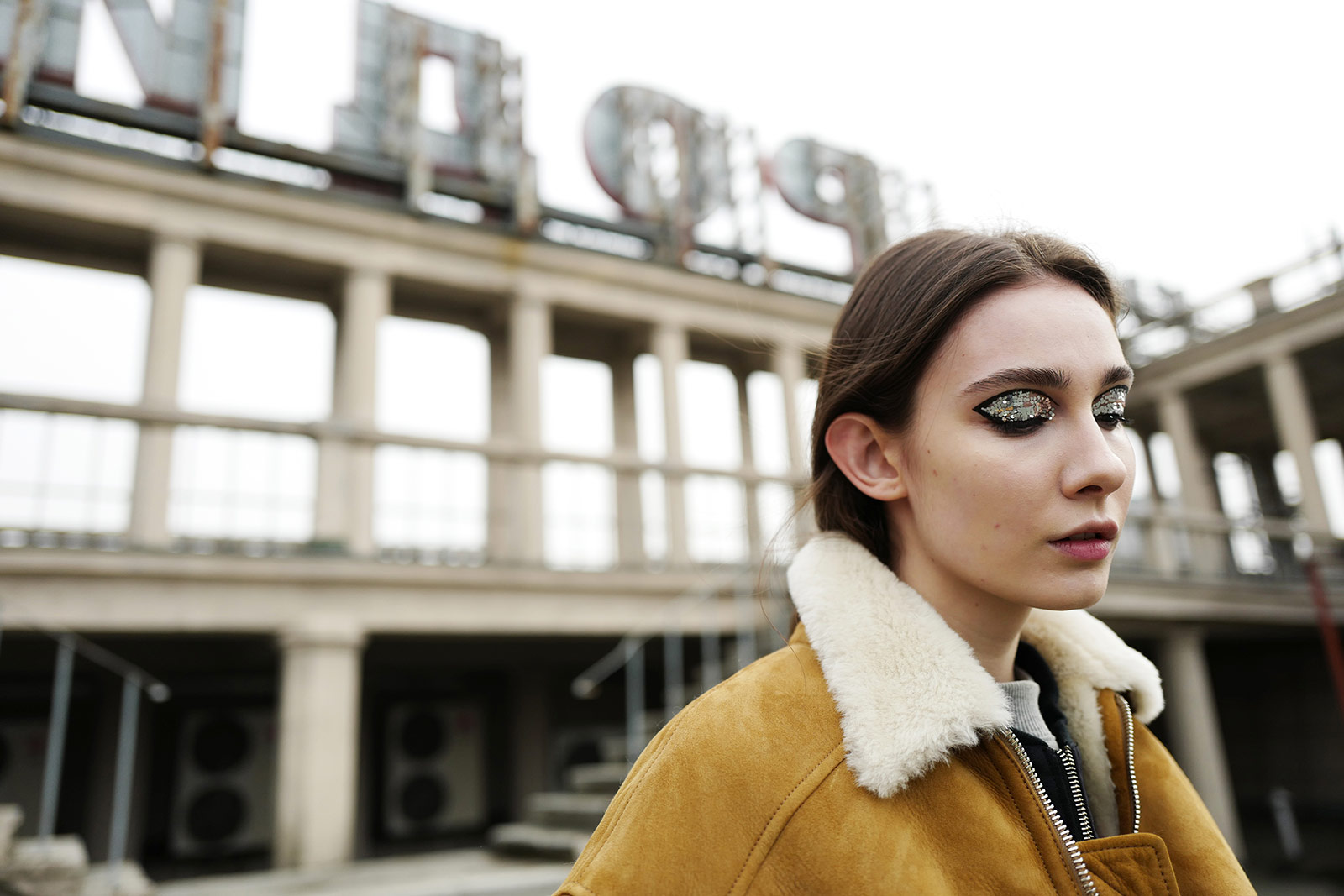 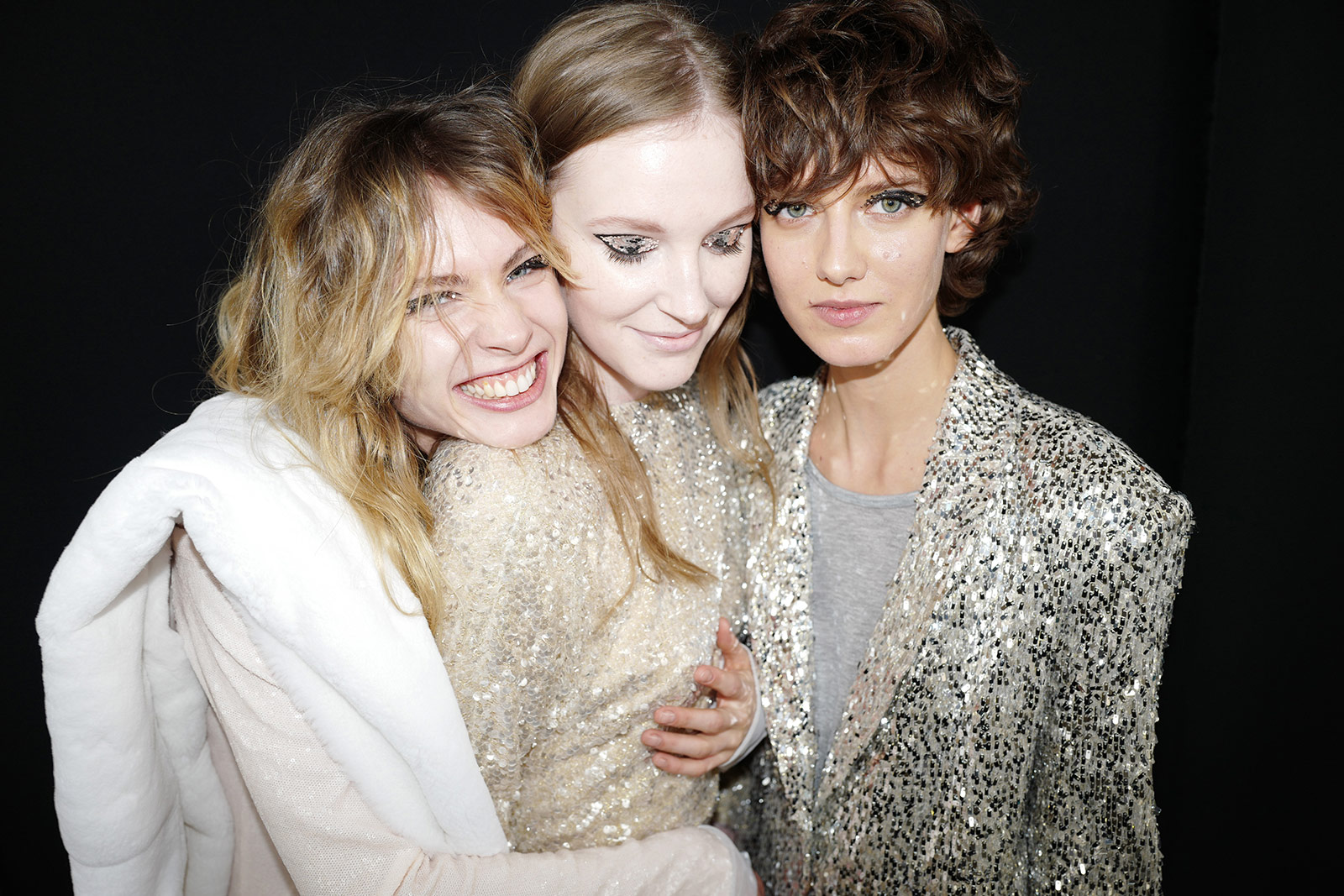